The Final Fantasy series has had an illustrious 30+ years of gaming excellence since its debut all the way back in 1987. From humble beginnings it has since become a gaming juggernaut, releasing fifteen main titles, several spin-offs, and even a sequel or two. It’s significance in the gaming world can’t be questioned. For me, it’s always heartening to talk to other fans and learn which series is their favourite and, who their favourite character is. This is because there are hundreds of characters to choose from and millions of fans, who all started playing the series at different times in their lives. It’s from this collective passion that Dissidia Final Fantasy NT’s success as a game is assured. I mean, who doesn’t want to see Squall Leonhart take on Sephiroth, or have Terra Branford best Ultimecia in an all-out war of the mages?

When first starting Dissidia Final Fantasy NT I was offered the opportunity to explore all the modes the game had to offer, including Story, Offline Battle, Online Battle, Tutorial, and Treasure mode. Each mode has its own purpose to serve and while some are more prominently used than others, it’s important to note that your first point of action is to hit the tutorial. Even someone like myself, who owns and still plays the original PlayStation Portable versions of Dissidia and Duodecim, found the lessons learned here invaluable. Especially because NT has added a new layer of complexity and rearranged a lot of the mechanics established in previous games.

“the battlefield is now a warzone full of projectile magic, warping weaponry, and tricky stage obstacles”

There’s no getting around the fact that Dissidia Final Fantasy NT has a steep learning curve right from the get go. There’s so many intricacies to battle and only a mere three part tutorial to teach them. The saving grace of this is that once you master the basics the rest of it comes down to your own preferred style of combat. The biggest change from the original game is the introduction of three man teams, which threw me for a loop for several reasons. Casting aside, that fact that the battlefield is now a warzone full of projectile magic, warping weaponry, and tricky stage obstacles, makes for an initially confusing but amazing brawler.

When selecting your fighter it’s important to take note of their battle style and move sets as each character has their own unique role in battle. There are three main classes in Dissidia to choose from, Vanguard, Specialist, and Marksman, and a fourth class separate to the others called Specialist. The first three classes adhere to the rock-paper-scissors rule, meaning that Vanguard beats Assassin, Assassin beats Marksman, and Marksman beats Vanguard. It’s from this you can build up a well-rounded team to make up for your own weaknesses. The specialist is a wild card whose abilities take on a technical fighter’s role and the specialist doesn’t fit within any of the basic class archetypes. 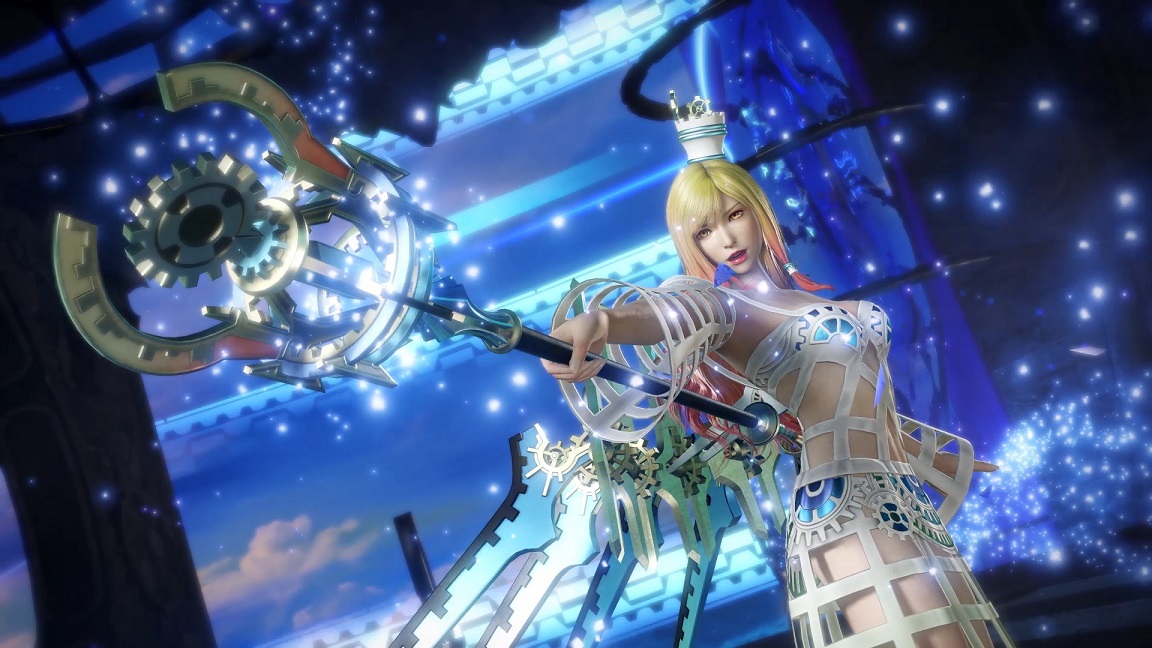 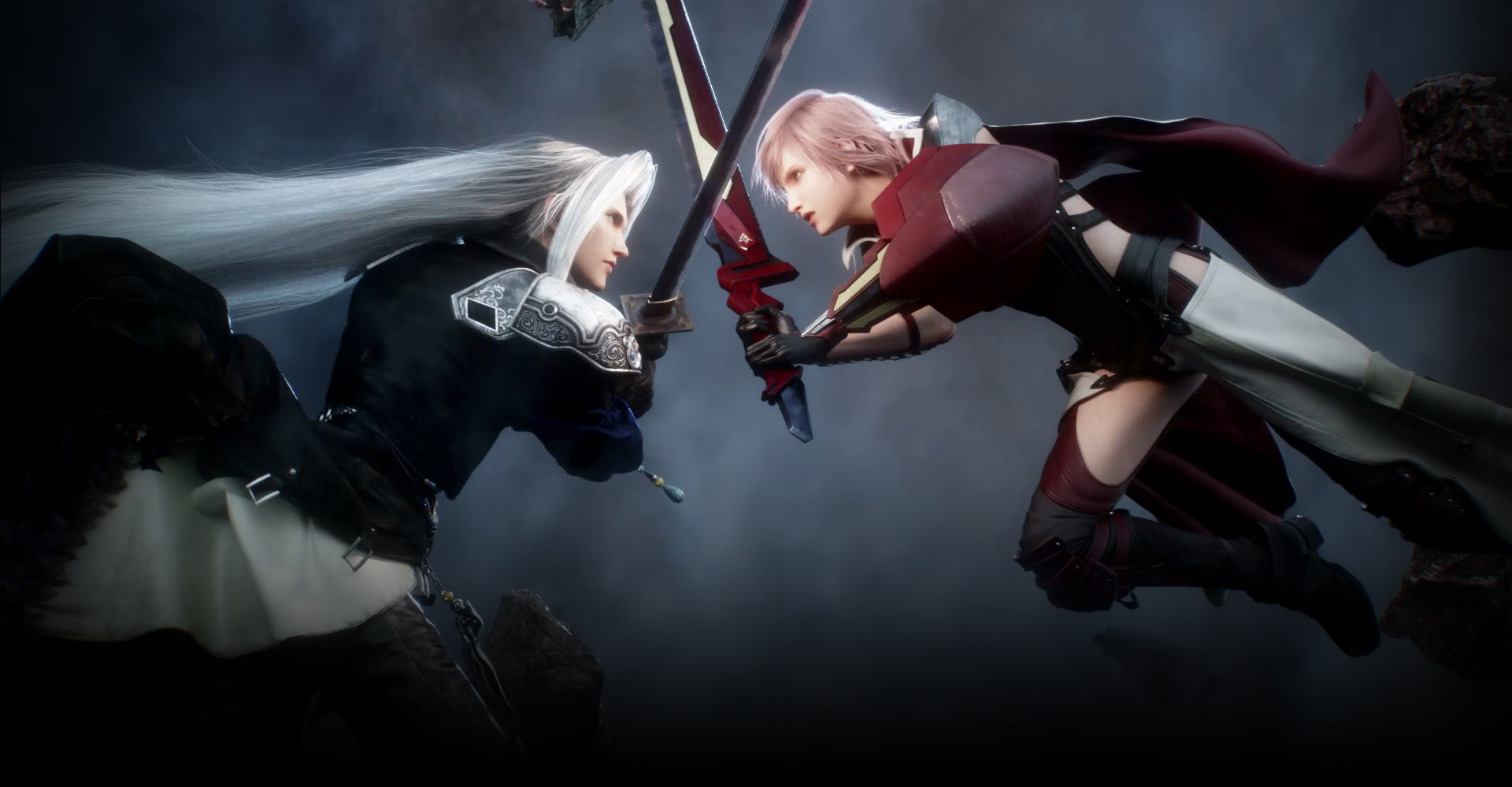 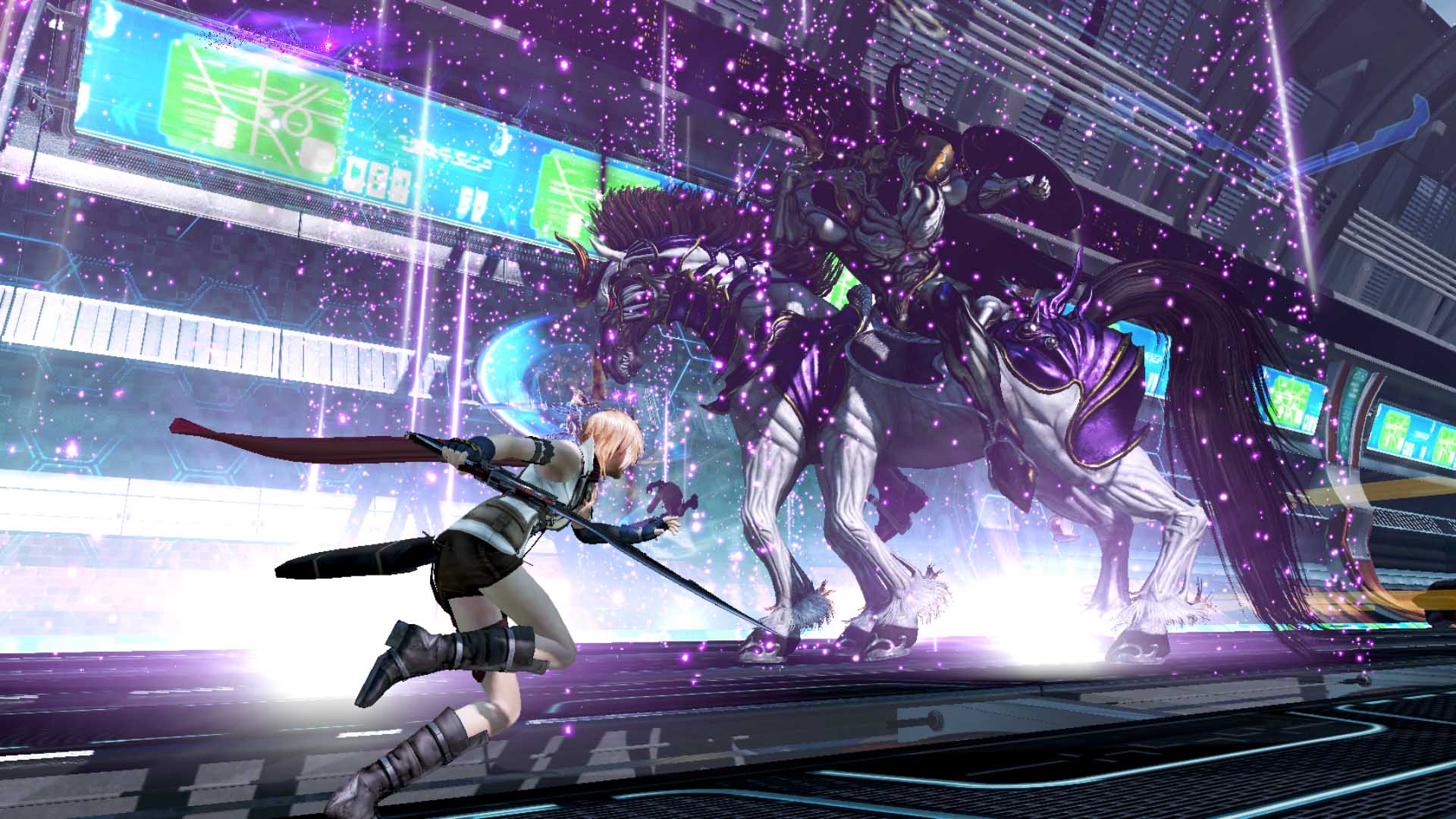 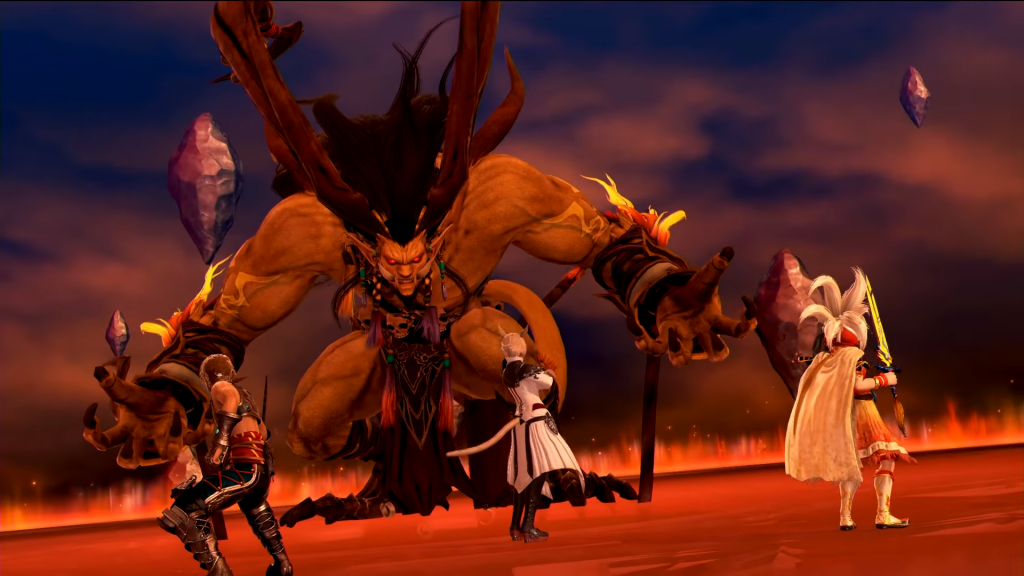 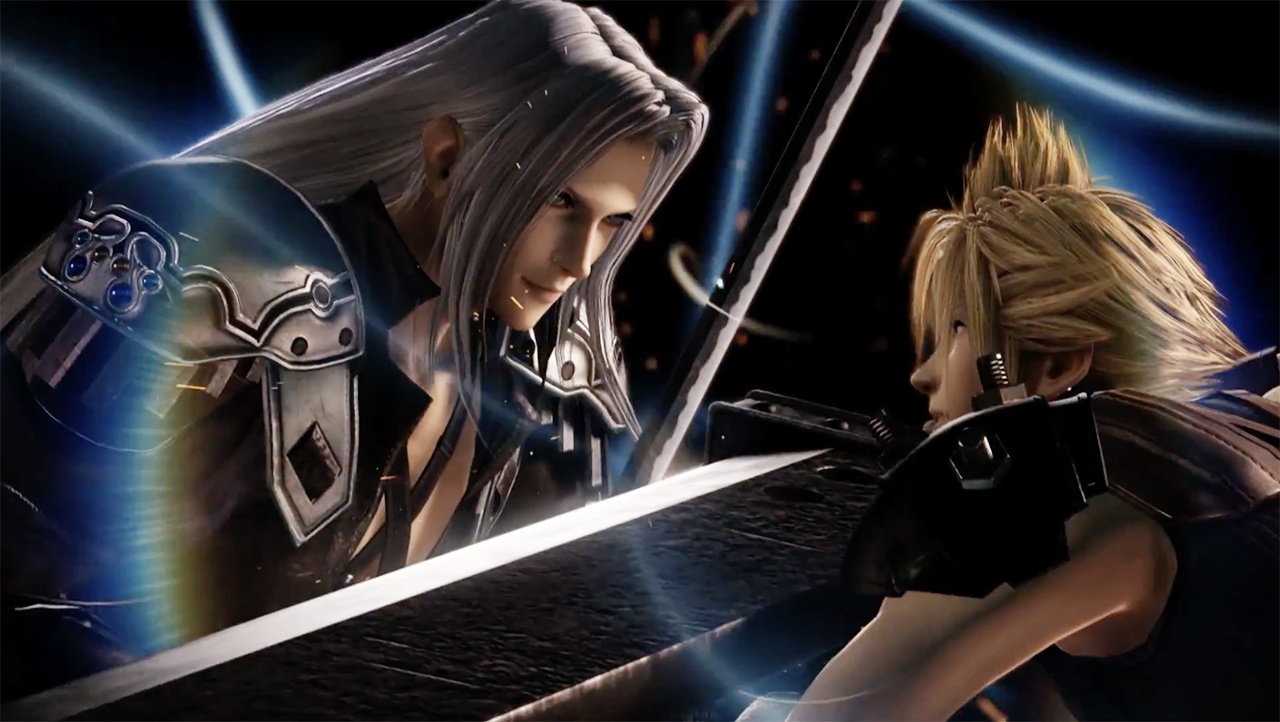 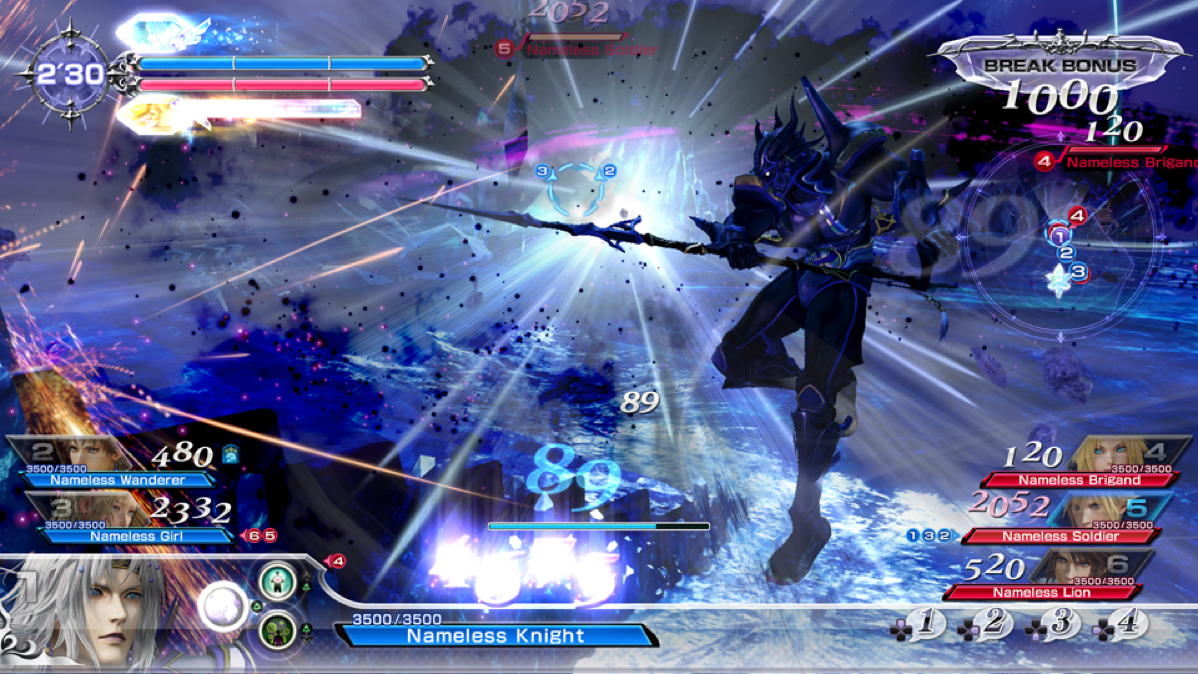 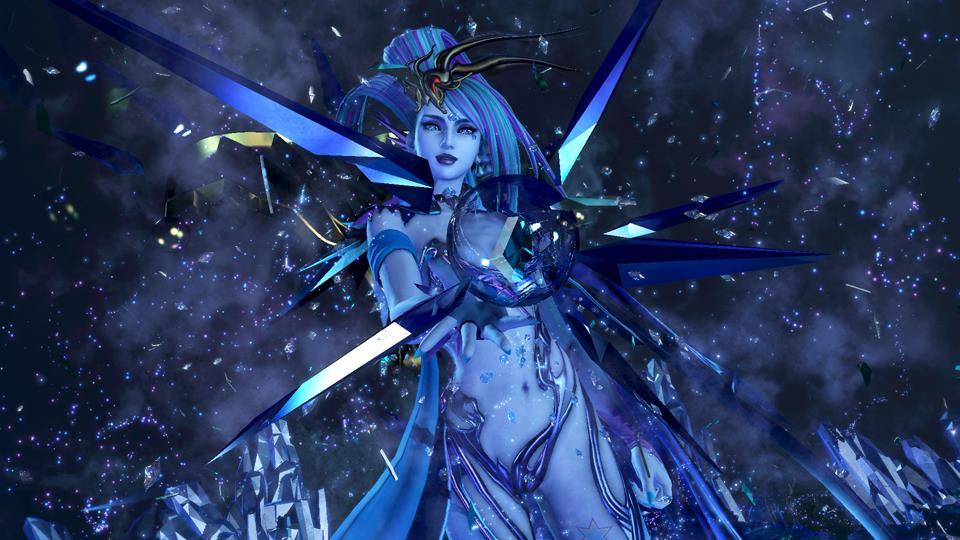 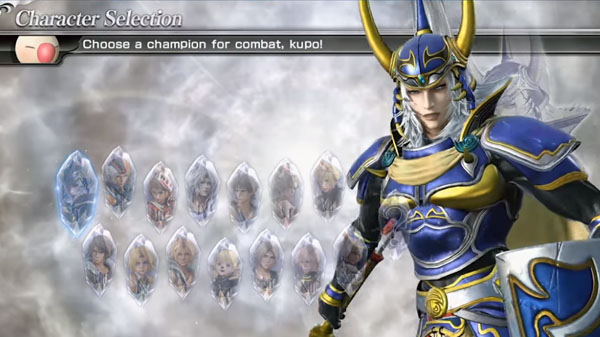 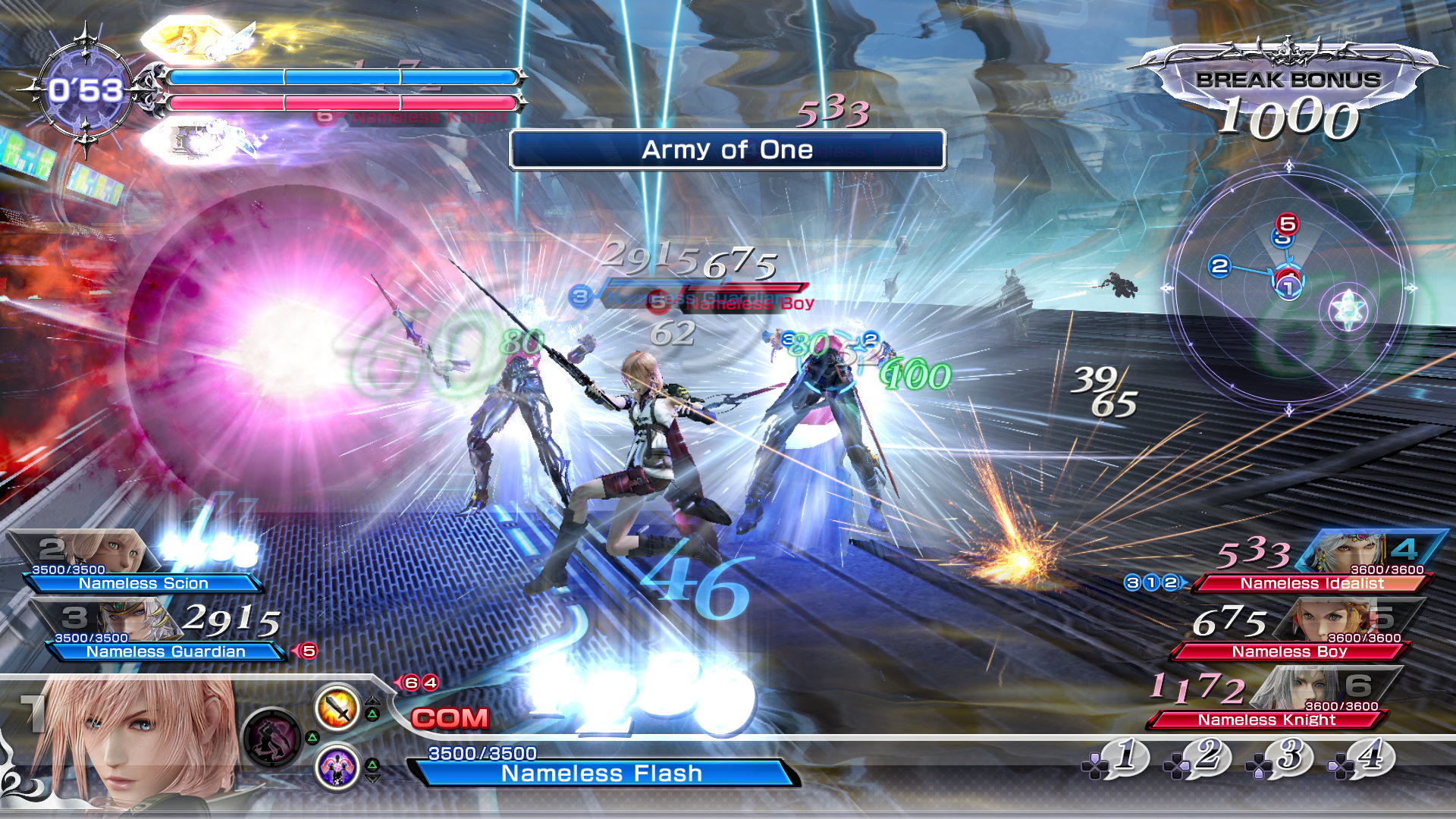 It’s from here battle begins and you are all thrown into the gauntlet and will fight for victory. The original HP and Bravery attacks return in Dissidia NT and play much the same role of attack points and damage. To damage an opponent you need to use an HP attack, which can be edited at the beginning of your character selection. From here it is your goal to incapacitate the opposing team three times by building your bravery and amassing enough bravery to deal an HP attack that will deplete your opponent’s health completely. I found it much easier to unleash a successful HP attack once I gathered a generous amount of bravery, instead of trying to get the absolute maximum damage for a one hit knockout. Each battle has a finite amount of time and if you waste it on gathering bravery for a single character you’re still liable to lose if you time out.

The old adage “There is no ‘I’ in team” is very important in Dissidia Final Fantasy NT, so much so that if you’re not good at playing with others you’re going to suffer terribly. Being a bit of lone wolf myself, playing mostly single player RPGs typically, Dissidia NT forced me to evaluate my usual fighting style and adjust accordingly. It demands that you ensure both you and your team member are well equipped with an HP attack that compliments one another. The introduction of EX Skills, abilities that can be utilised after a period of time, has also made teamwork in-game very important. Using these EX skills you will be able turn the tide of battle, employing buffs to aid your allies and debuffs to hinder your enemies.

Summons play a much more active role on the battlefield in Dissidia Final Fantasy NT, this time actually being summoned to the stage for a limited time. Once your team has gathered enough summon crystal energy you may then call upon your Esper to rain down attacks on all three of your foes and it’s almost impossible to escape completely unscathed. This of course means that your enemies can also do the same, so it’s very important you’re the first to summon, since an Esper’s presence can easily turn the tide of battle. Each summon has its own unique set of attacks and bonuses so again take time in deciding which one you’d like to take into battle with you.

The campaign mode of Dissidia Final Fantasy NT is unusual in that you can’t simply start it and play all the way through; you must first gather points to unlock story cut scenes. Honestly though, this is actually to the benefit of the player since you’ll need a basic understanding of Dissidia’s battle mechanics to progress without issue. The story itself is short and sweet, telling a new tale of the summoned heroes and villains working out the purpose of their second stint in a world that was already ‘saved’. The only issue I took up with the campaign is that it was too short for a Final Fantasy game, fighter or not. I still wanted more character development and interaction. With so many to choose from and combine, I feel Square Enix really missed an opportunity here.

Offline mode is where you’ll spend most of your time in the beginning, since you will need to get a feel for each and every fighter in Dissidia’s 28 character battle roster. You can play one of two variations of battle, the first being the standard tournament where you play through six matches to the end. The second variation is a fun take on capture the flag in which you’re tasked with destroying your enemy’s crystal, while protecting your own. Through these fights you will gain experience for you and your fighters, Gil, treasure chests, unlockable campaign points, and new abilities and EX skills. The fact that you’ve got a seemingly limitless number of battle combos will have you playing in this mode for hours on end.

Having only played a small amount of hours online I’ll say that it’s a lot harder to co-ordinate attacks and strategy than I initially thought. Thankfully, each player can customise their chosen character with dialogue options that will be invaluable to communicating your plans. It’s still not an easy run of things as you will heavily rely on the other players being able to play both in a team and separately when the situation calls for it. However, I found myself enjoying the online experience nonetheless.

While I’ve mostly sung praises for Dissidia Final Fantasy NT, it’s not without its issues. As mentioned earlier, the learning curve of the game is rather steep and may turn off new gamers and even frustrate returning fans of the series. Teamwork is important in Dissidia, but there are times when you are under the pump and have to look after yourself. I found the computer teammates would become incapacitated too easily losing me a fight that I was initially wining. I also felt that the more important features like editing your EX skill combos were not explained well enough, and it took me longer than necessary to work out how it’s done.

Since its inception in the Japanese arcades, I had been waiting to get my hands on Dissidia Final Fantasy NT and I can say without a doubt it was worth the long wait. I’ll admit at first I was hesitant at the prospect of fighting in teams of three verses three, but after getting the hang of it, I’m glad they fashioned it this way. This new take on a popular franchise has breathed new life into the series and has only increased my love for all things Final Fantasy. If you consider yourself a fan of the series I strongly encourage you to pick up a copy of the game for PlayStation 4 and get ready for a nostalgia trip that still feels fresh and new.