Subnautica Review – An ocean of wonder

On board the spaceship Aurora you suddenly find yourself plummeting toward an alien planet after your ship is shot down. Inside a one-man escape pod you crash into a vast ocean biome and are knocked unconscious on impact. After waking you climb atop of your broken but floating pod to witness the burning carnage that was once the Aurora. What is this planet you’ve landed on? What shot down the ship? Are there other survivors? A lot of questions remain unanswered at this time although what you do know is that you have to find a way to survive.

Releasing as a full product after spending just over 3 years on Steam Early Access, Subnautica is an open world survival game set within a vast alien ocean. Starting with only the small amount of still functioning tools within your crashed pod you must find a way to gather resources, get in contact with your people, and ultimately survive a hostile environment. Diving into the ocean that surrounds you you’ll find an array of beautiful underwater wildlife and plantlife and an entire world for you to explore and uncover. Let’s get something out of the way quickly. I’ve played my fair share of survival games and many of them can be janky, incomplete, awkward or uninspired – but Subnautica is none of these things. In fact, it may well be the most impressive 3D survival game I’ve ever played. The world is beautiful, the exploration is captivating, the narrative is perfectly woven throughout the survival experience and you will constantly be striving for the next goal on your adventure.

The world around you is rich with diversity and wonder. At the beginning of the game you’ll be primarily splashing around in the shallows although once you begin to get better tools and vessels you can start to really appreciate Subnautica and everything it has to offer. The world is gorgeous and varied and even though 99% of your adventuring will take place underwater there is a huge and vast world to explore.

Biomes range from colourful reefs, to deep underwater chasms, to dense and lush kelp forests and so much more. With a helpful scanner in hand I found myself constantly whipping the bad boy out to scan a new fish, new plantlife, or structure to learn more about the object and its properties. Doing so will give you some lore on the world and potentially unlock new things for you to craft. I was constantly surprised when I came across new flora or fauna, amazed that I hadn’t yet seen everything the game has to offer. It helped that the game was quite stunning to look at too. It made exploring new areas and coming across new beasties all the more enthralling.

When you’re not exploring the game’s alien world you’ll probably be crafting, base-building or gathering resources to help you craft and base build. Making your own base is a bit of a milestone within the game and you’ll probably make quite a few over the course of your first playthrough. Scanning your environments will grant you access to new structures and parts that you can use to build and you’ll constantly be upgrading and adding as you progress. The game really does give you all the tools you need to make some functionally and aesthetically amazing bases and it’s quite easy and intuitive once you learn. I certainly spent a bit too long on this aspect of the game especially with all the times I found myself moving resources from one place to another or swimming around collecting basic supplies.

“I constantly found myself captivated by self-inflicted stories.”

Anytime I found myself getting too bored with resource gathering I could quite easily jump into my underwater vessel of choice and just go on an adventure. Accidentally propelling myself head first into a horrifying enemy, discovering some vast underwater wreck or breath-taking biome, stumbling into mysterious alien structures, or even running out of power on the sea bed and being stranded – I constantly found myself captivated by self-inflicted stories. 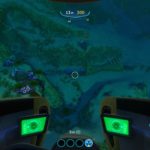 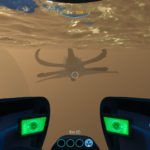 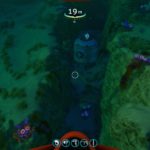 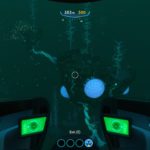 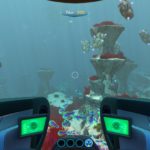 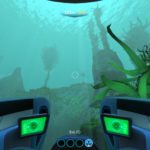 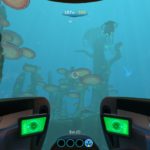 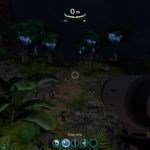 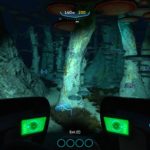 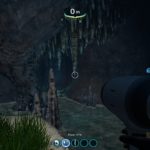 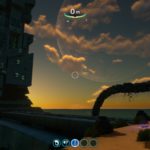 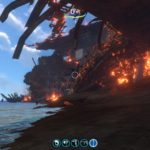 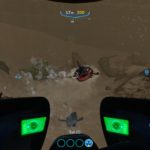 The game also has its own narrative and it’s actually really well crafted. I can’t even think of another survival game that combined narrative and gameplay so seamlessly and elegantly. In fact, most survival games do away with a narrative altogether or throw one in quite sloppily and unnecessarily. Subnautica on the other hand managed to handle narrative structure really well. It’s all quite simple really, the game has pre-determined events that will occur as you play that feel quite engrossing and natural. A second playthrough may make things less captivating but as a first time player I was impressed. You’ll also occasionally receive radio transmissions and locations of other pods which help to move the story along and change up the pace of what you are doing. There’s a really nice balance of story progression and your own personal progression through the goals you set yourself that combine at the end in a really satisfying way. Narrative doesn’t get in the way of gameplay, gameplay doesn’t get in the way of narrative.

The lore of the world and details around the intelligent alien species you know exist creates a lot of questions and depth. It’s clear a lot of love went into the creation of Subnautica and when you throw mystery and intrigue into the survival mix you end up with a very captivating product.

When games go through the Early Access process you don’t always know what kind of game you will end up with in the end. Many games stagnate within Early Access and they may never release or they release as a still incomplete product. Whilst I hope Subnautica’s development has not yet ended, you can not accuse the game of feeling like an incomplete product. I’m glad I held off on playing this game until now because I genuinely feel like I’m experiencing it in the way the developers want me to. Moments of awe are found amongst fantastically balanced and fun gameplay. Subnautica is a game I feel like I will continue to recommend to anybody who is a fan of exploration and survival.