The ever-topical American gun control argument takes centre stage in Melbourne-based Samurai Punk’s latest release The American Dream. This game would have been relevant at any point over the last decade, but particularly with the conversations happening in American politics and the community at the moment, it’s very prescient, albeit extremely tongue-in-cheek. But hey, that’s what satire’s all about right?

The storyline follows the life of a young American, played by you, and your journey to fulfil the American Dream. Of course, the only way to do that is to shoot your way to freedom. This being the case, guns are used in every conceivable way throughout. Whether it’s to shoot a hole in a bagel, clean dirt off a car, or perhaps even to feed your baby, there’s never a job that a gun isn’t the perfect tool for. And it’s narrated throughout by a plastic Golden Retriever statue, naturally.

You start off as a baby, and each chapter is based on a point of significance within your life. This ranges from going to the prom, to getting your first job, even getting married. The game itself is a seated rollercoaster shooter, but lacking much of the moving aspect. You do roll slowly from scene to scene, but you’re stationary during each chapter. This suits lazy folk like myself who love to stay seated whenever they can, and I can highly recommend sitting in an armchair if you have one, it definitely increases the immersion.

As mentioned above, each chapter of the game has a theme, and these are then brought to life by, often ridiculous, mini-games based around said theme. I use the term game loosely though. I had some issues to begin with, some of which I still have and will be discussed below, but I think it’s better to think of The American Dream more like an interactive story.

This style suits VR in particular, not only due to most releases being much shorter than traditional games but also based on the restrictions many of them have in how you move and interact with the environment. I understand this is starting to shift, but I still believe it can be a great medium for a well-told story. Some chapters in The American Dream fit this category better than others, with only a few interactions available to the player in between narration and dialogue.

The narration and dialogue itself can be a little heavy-handed at times. Apart from some light quips setting up the chapter context, the historical and  propaganda-style film interludes could be edited back. There are often longer-than-necessary gaps between speech sections, and naturally during that time you start looking for things to do around you (ie. things to shoot). I found that action during this time can sometimes set off chapter bugs that can only be fixed by restarting. This is made more frustrating by the fact that you can’t skip dialogue at all, so you’ll find yourself sitting through it again twiddling your itchy trigger fingers.

The controls are done well though. I used the motion controllers and I highly recommend these if you have them. With the swathe of VR shooter games that are now available it’s hard to imagine a better use for motion controllers. The placement of the trigger button perfectly matches up to the imagined feeling of holding a gun. And I always found the movement in-game matched up well.

One of the highlights was the reloading mechanism. There’s a button on each side of your chair that you slam your hand down to hit and a new cartridge shoots out from the top. The game time slows down to give you a chance to catch the cartridge with the base of your gun, and you’re done. Of course, this can become frustrating in some of the faster levels, particularly when you keep missing the cartridges, but it’s a manoeuvre that definitely brought me more joy than pain.

There are a number of guns throughout the game, which are thrust upon you for a nominal fee with no passing go until you take them off the shelf. You receive points for each chapter, yet these are arbitrary and mostly used for comic effect. The points are then converted into cash and this is what you use to pay for the guns. I kept expecting to reach a point within the game where I could use my cash to choose items or guns, but that point never came which felt like a missed opportunity. 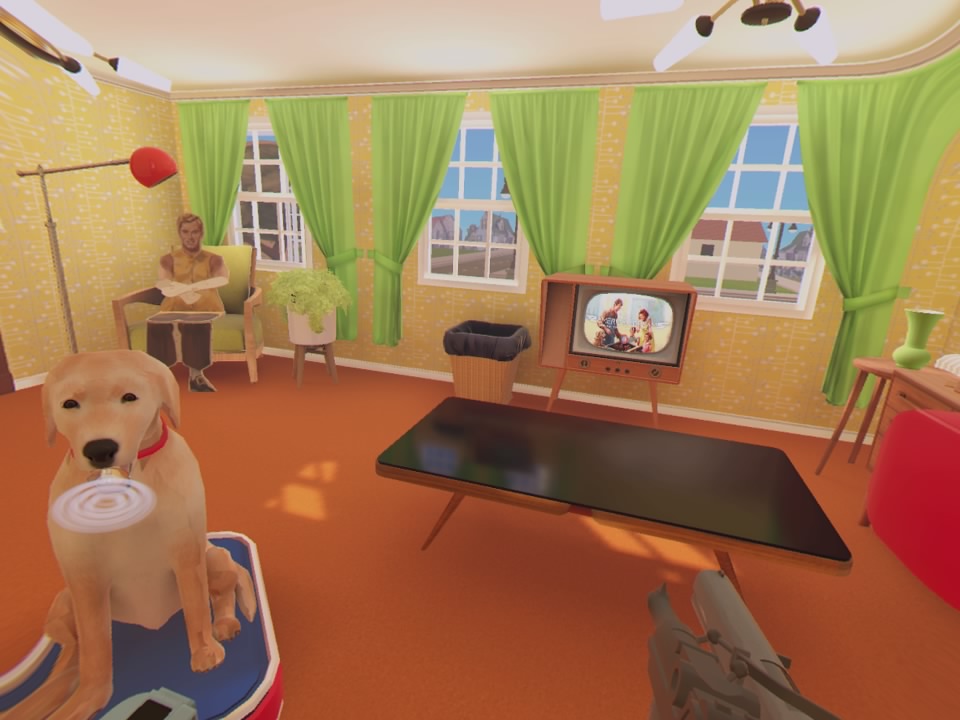 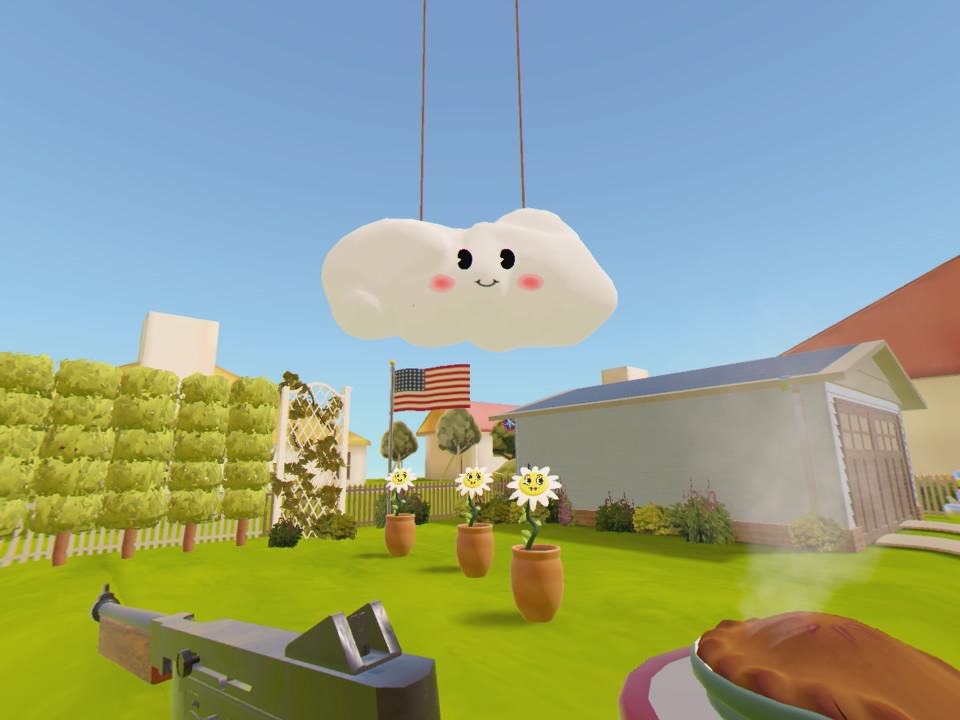 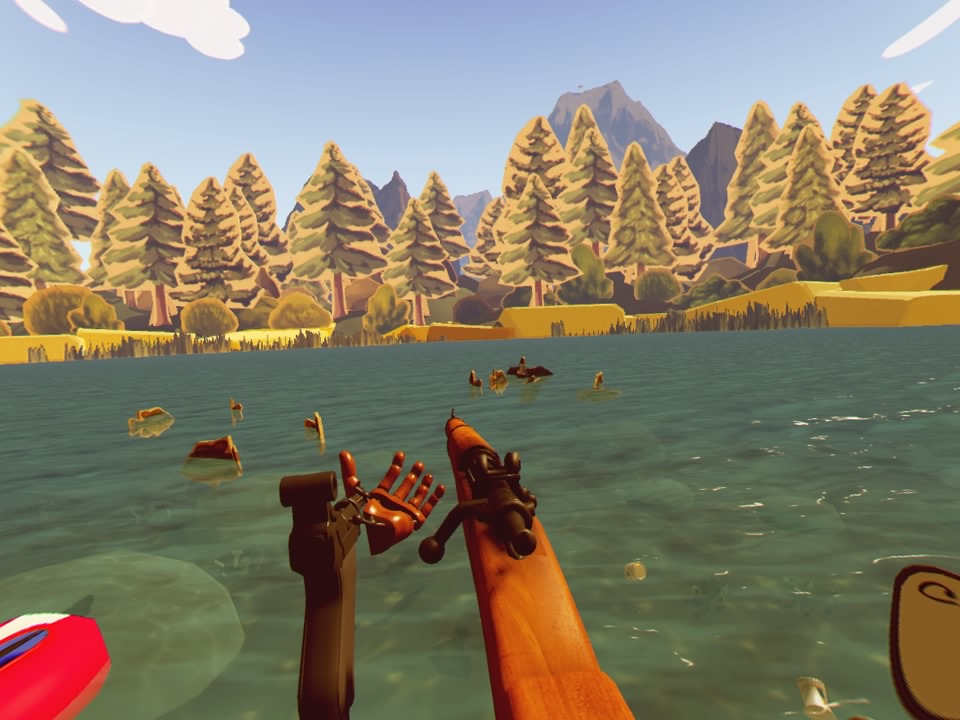 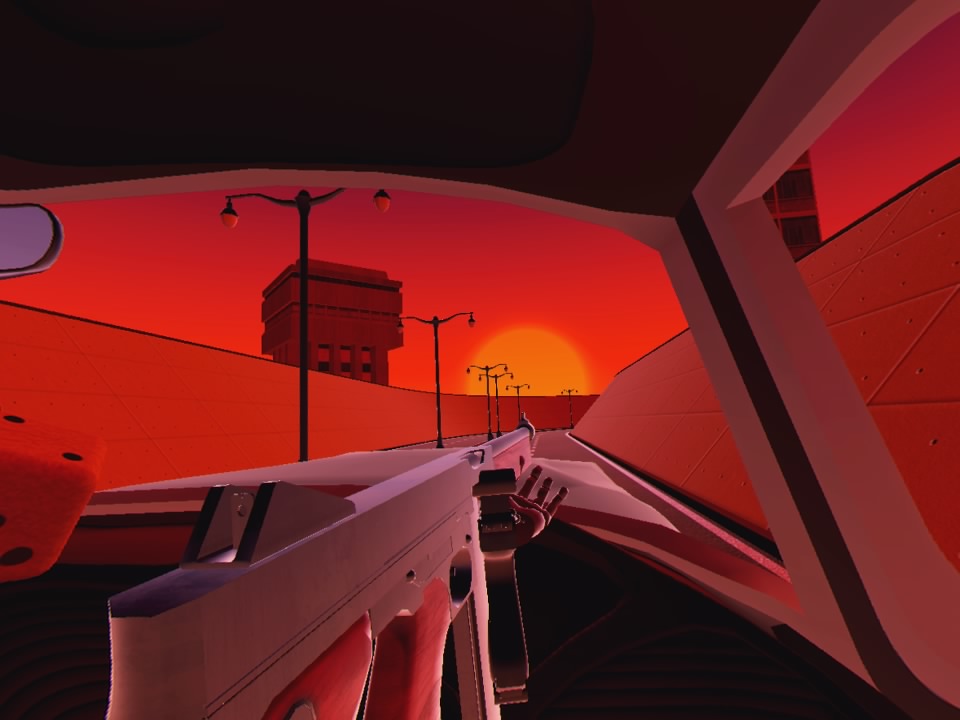 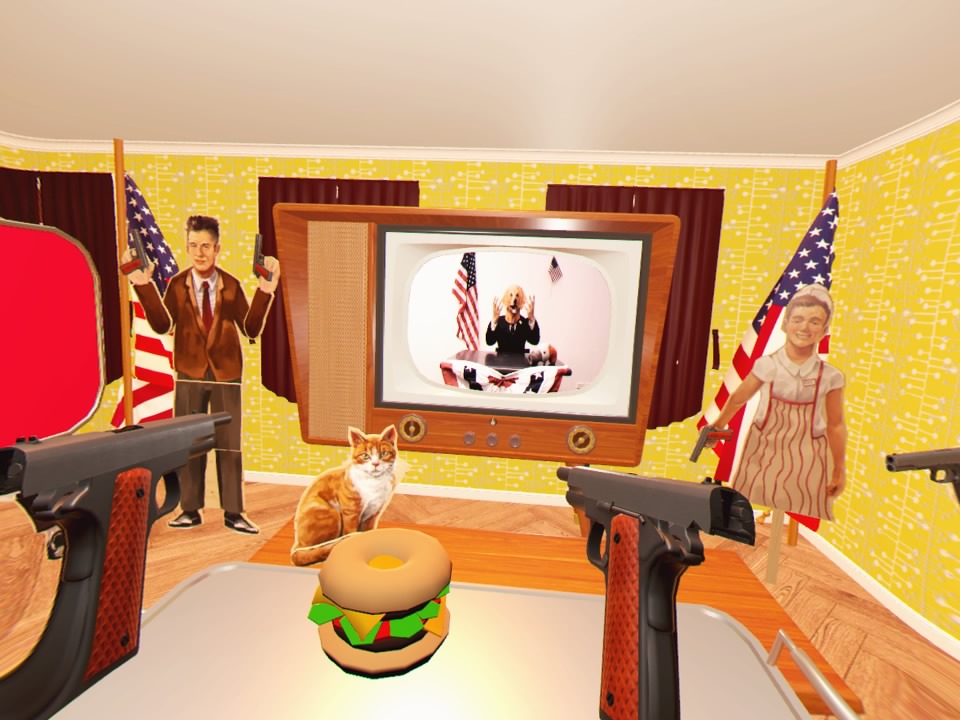 One thing worth noting, it was enjoyable in a game so mired in conservative American values to be able to choose whether I go through life with a male or female partner. It’s something that most straight male gamers don’t even think about, but over the last few years an increasing number of games have included queer representation (in various guises) and it makes a positive difference.

Samurai Punk have made a funny game. There were many times I laughed out loud, and the team do a great job with the humorous aspects of the game. Equally, though, there were many times that I groaned with exasperation. Whether due to the tedium of the mini-games, or a bug that meant I needed to redo the level again, which popped up from time to time. These instances weren’t enough to ruin the overall experience, but this is a game better played over several sittings to keep things feeling fresh.

Steve is PlayStation faithful and an aspiring pet-lover, who definitely spends too much time in front of the TV. His first taste of gaymer love was BurgerTime on the Commodore 64 - a title that becomes increasingly life-relevant with every passing year.