Flashing back to 2008, there aren’t many games I remember quite as fondly as I do Burnout Paradise. A trailblazer for its time, it captured the combination of great speed and intense crashes with an open world to explore, billboards to crash through and shortcuts to discover as you try to takedown your opponents. It took most of the best bits of the Burnout franchise that made it so memorable and gave you an open playground to enjoy, and I spent hundreds of hours collecting cars, finding secrets and putting the pedal to the metal. I was incredibly excited when a Remastered version of the game was officially revealed, and while I’m stoked to jump back in and reminisce, there are some aspects that really should be left in the past.

Firstly, this is a remaster when it comes to visuals, playable in 4K, plus the game includes all of the previous DLC that came out for Burnout Paradise. In that sense, this is definitely the “ultimate” version of the game, ten years after its original release. The driving holds up incredibly well. Slickly weaving between oncoming traffic as you try to ram your foes into a wall and choosing the best shortcuts to find the finish line is still a rush, proving that the core mechanics were great then and are still great now.

Burnout Paradise may have paved the way for franchises such as Forza Horizon (of which there is no secret that I’m a huge fan), but really delivers on a more hands-off approach that could be daunting or frustrating for newcomers. There isn’t a career mode to speak of or a linear path regarding which races to find next; simple pull up at any set of lights, rev your engine and you’re taking part in an event. This is an easy breezy open style that means you can do things at your own pace, and racing tracks seemingly formed on the fly with no specific path to get to the finish line other than “get there first”. 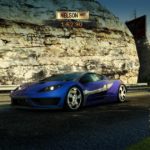 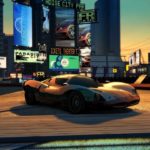 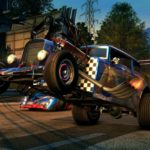 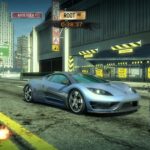 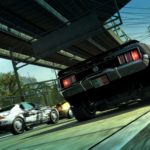 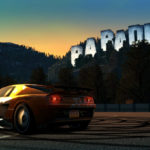 It does make for a bit of a bare bones feeling when it comes to progression though. You win any event and it contributes to getting the next part of your license, but the rewards are simply more cars to drive. In fact, that’s the only reward you’re ever really given apart from self satisfaction. It’s not a bad thing if you’re a car collector, but it might not captivate in the same way that the in-depth career and style of games like Forza has managed to in more recent years. Adding to this is that the DLC is available straight away. It’s great in theory giving all the extra access, but this means you could use these more powerful vehicles from the start, blitzing your competition quickly and making for a pretty easy bunch of events.

The world itself also looks a bit samey; the grey city landscapes make it difficult to remember where things are, and a lack of fast travel option on the map means you’ll spend some time simply driving from point A to point B without a real incentive other than finding something else to do. The aforementioned shortcuts and billboards are still a pleasure to smash through and collect, but I wanted more. More cars on the road, more variety in the environments and more rewards.

“…you know that you can add that car to your garage if you ruthlessly force them to crash, it’s exhilarating…”

At least there is definitely a variety of events for you to earn your stripes in. Everything from your standard races to events that require you to do stunts and jumps, take down a bunch of other vehicles in your path and more make for a lot of fun things to do. When a rival randomly drives past you in the street and you know that you can add that car to your garage if you ruthlessly force them to crash is still exhilarating and makes for some fun persistent mini-goals.

With so many smart mechanics in Burnout Paradise Remastered countered by some puzzling ones that really could have done with an update after all this time, more than anything it just makes me want a new Burnout game altogether, or perhaps a Burnout Paradise 2. What this reminds me of now is the potential of a game with the driving style of Burnout in an open world that’s fully realized with a career mode and clear objectives.

I went into Burnout Paradise Remastered incredibly excited, wearing my nostalgia goggles proudly and eager to give it another whirl. I absolutely loved this game ten years ago, and I still think of the long nights spent playing it quite fondly. Today, Burnout Paradise is still an exciting game and worth playing if you didn’t experience it the first time around, but for me, there are more recent titles like Forza Horizon that truly took this fantastic concept and made it their own, with more style and flare than what is provided here. This is an incredibly competent and fun racer without all the bells and whistles, and is still especially fun if you have a bit of in-game road rage.