Where the Water Tastes Like Wine Review – A lonesome traveler

Sit down. Welcome, stranger.  Let me tell you a story…

Where the Water Tastes like Wine is a narrative RPG set in America during the great depression, manifest destiny, and the hippy movement.

You’ve lost a game of cards to a mysterious Wolfman, and to settle your debt you’re sent out to collect stories for him. All he wants are people’s stories. True, fake, sad, happy, all will do. Just sit and listen to some folk for a while.

There is a lot to love about this game. The narrative is spectacular. The soundtrack is beautiful. The art style is simple but poignant.

It’s a simple game. You collect stories by interacting with a character who you can find at campfires, and if you tell them stories they like, they’ll open up their life to you.

You can then tell their stories. Or, you can collect stories around towns, sometimes influencing how it plays out, and listen in on people re-telling them to grow and embellish them.  Of course, these are lies, but they sound better.

Each story is divided into a tarot card, focusing around the meaning of the card.

It’s simple to get into and seamlessly mixes supernatural themes with the horrors and trials of real life. There are only a few categories people will share- scary, thrilling, hopeful, happy and sad.

It is absolutely a  game to get lost in.  I think I spent about 12 hours on one playthrough, and I didn’t even collect all the stories.  Apart from the storytelling however, Where the Water Tastes Like Wine is very sparse on game mechanics.

It may be the most literal definition of a walking simulator. You just walk until you get where you’re going. You can whistle to speed up using shift and the arrow keys in time to the tune (but then you miss  out on the wonderful soundtrack). You can also hitchhike, or catch a train, but then you miss stories along the road, and not everyone stops for you.

“this game is absolutely about the idea of the journey, not the destination.”

I can see this being frustrating for some more fast paced players as it can be quite slow. I personally liked it, but this game is absolutely about the idea of the journey, not the destination.

The gameplay seems actively against speeding anything up for you. It wants you to slow down and embrace the walking and the music. It’s calming, in a way. Stylistically, it works, but I can see it getting frustrating for people wanting to 100% it quickly.

I will say, as an Australian though, I had no idea where I was going or where any town was and got lost nearly constantly. The train lines when you use them just tell you a town name and I never had any idea where that was. America is very confusing, and that can lead to you walking in circles a fair bit.

It does seem to account for that a little though, and the campfire of the next person’s story to collect will guide you to your next destination. But when I was on the opposite end of the map to the next person I had to talk to, I walked all over america twice before I got there.

There’s 219 stories to hear. This doesn’t count the absolutely adorable mechanic where you tell someone a story, and then later you’ll hear the same story embellished and better. It adds in this great little storytelling aspect for the player- do you lie, and tell your grandiose stories, or do you tell the real stories of the real people you meet along the way?

Despite, hearing about 200 of the stories, no two felt the same. 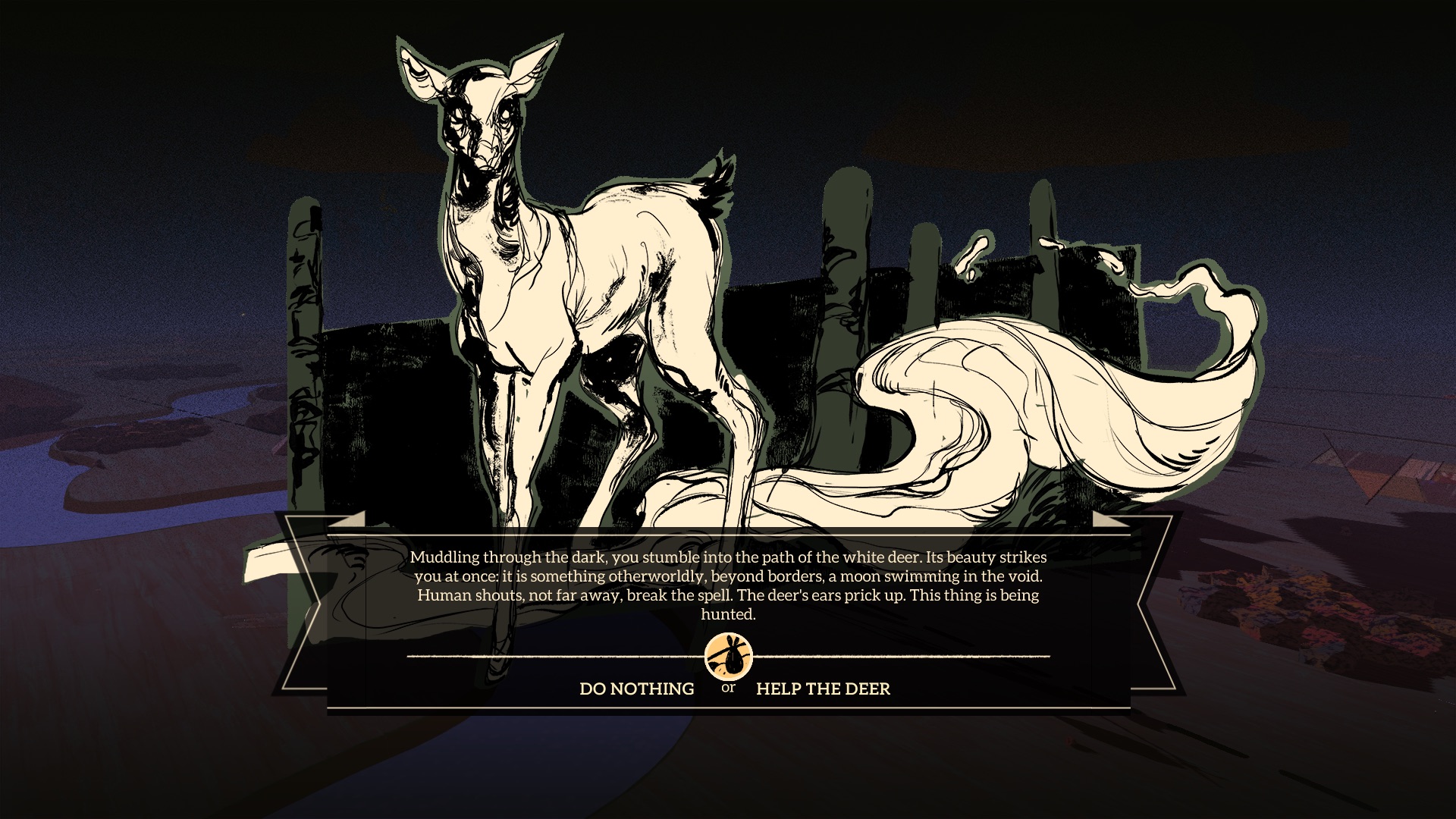 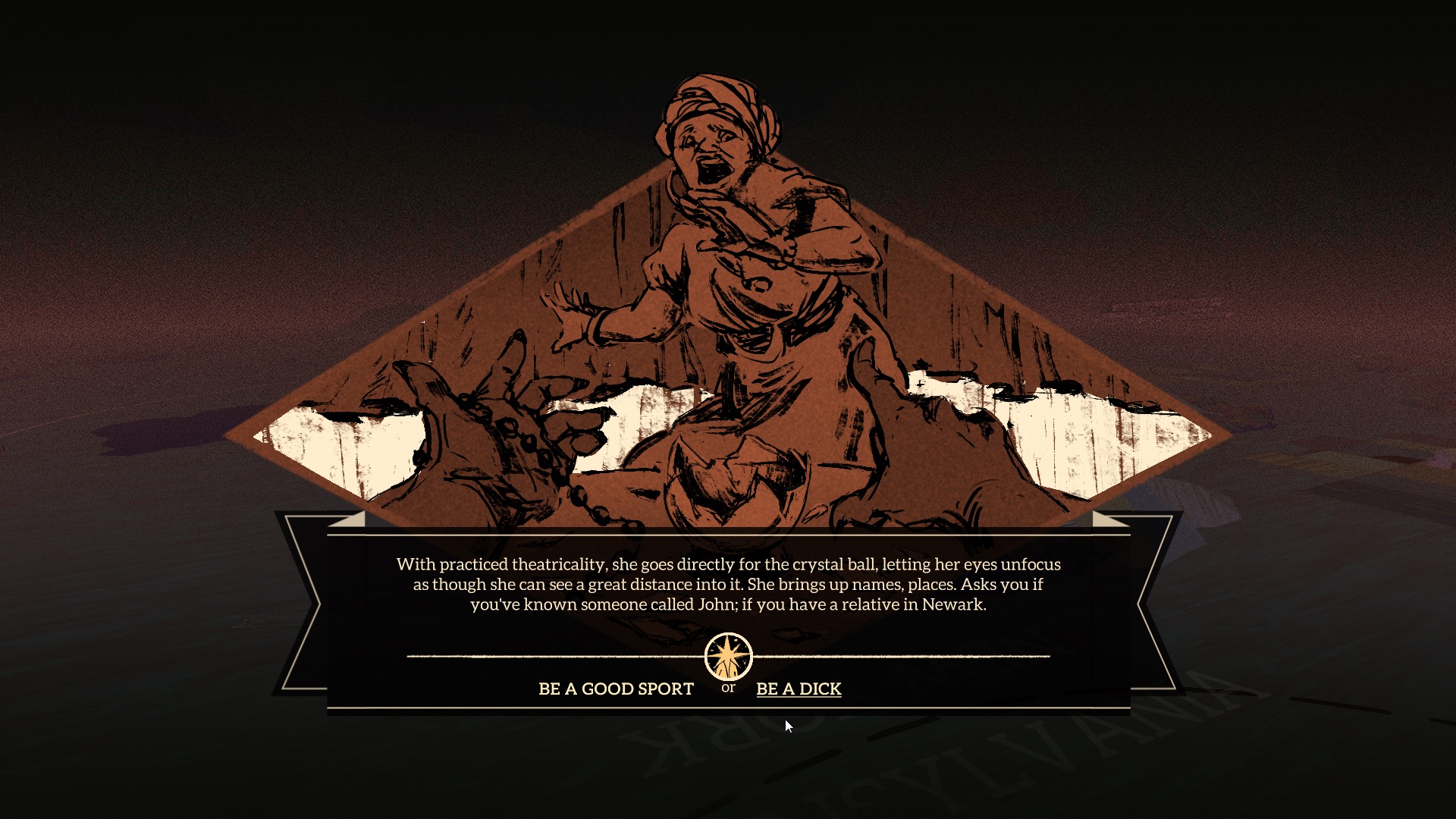 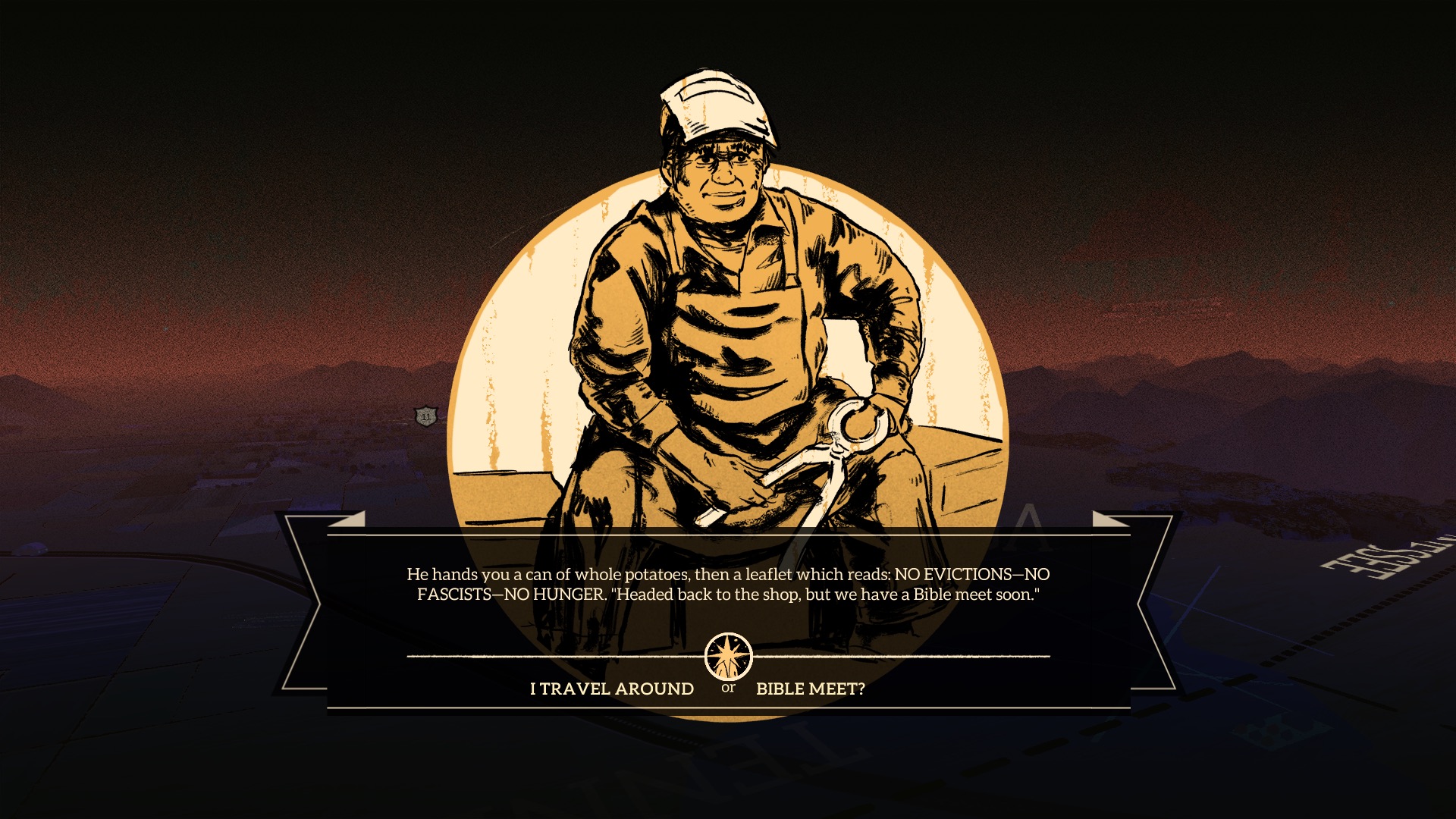 With an incredible bill of writers for different  and diverse characters, including a Native American character, Spanish characters, queer characters, POC, kids, elderly, and everything in between, this game is dense but powerful.

Where the Water Tastes Like Wine tackles some heavy issues, and it does so with grace and poise. There’s issues of racism. There’s issues of colonialism. Unions, coal miners, death, children thrown away. A crisis of faith. Homosexual repression.

It knocks it out of the park with all of them, in my opinion. I obviously as a white person can’t comment on the POC narratives, but I was engrossed with the reality and historical accuracy put into these characters. 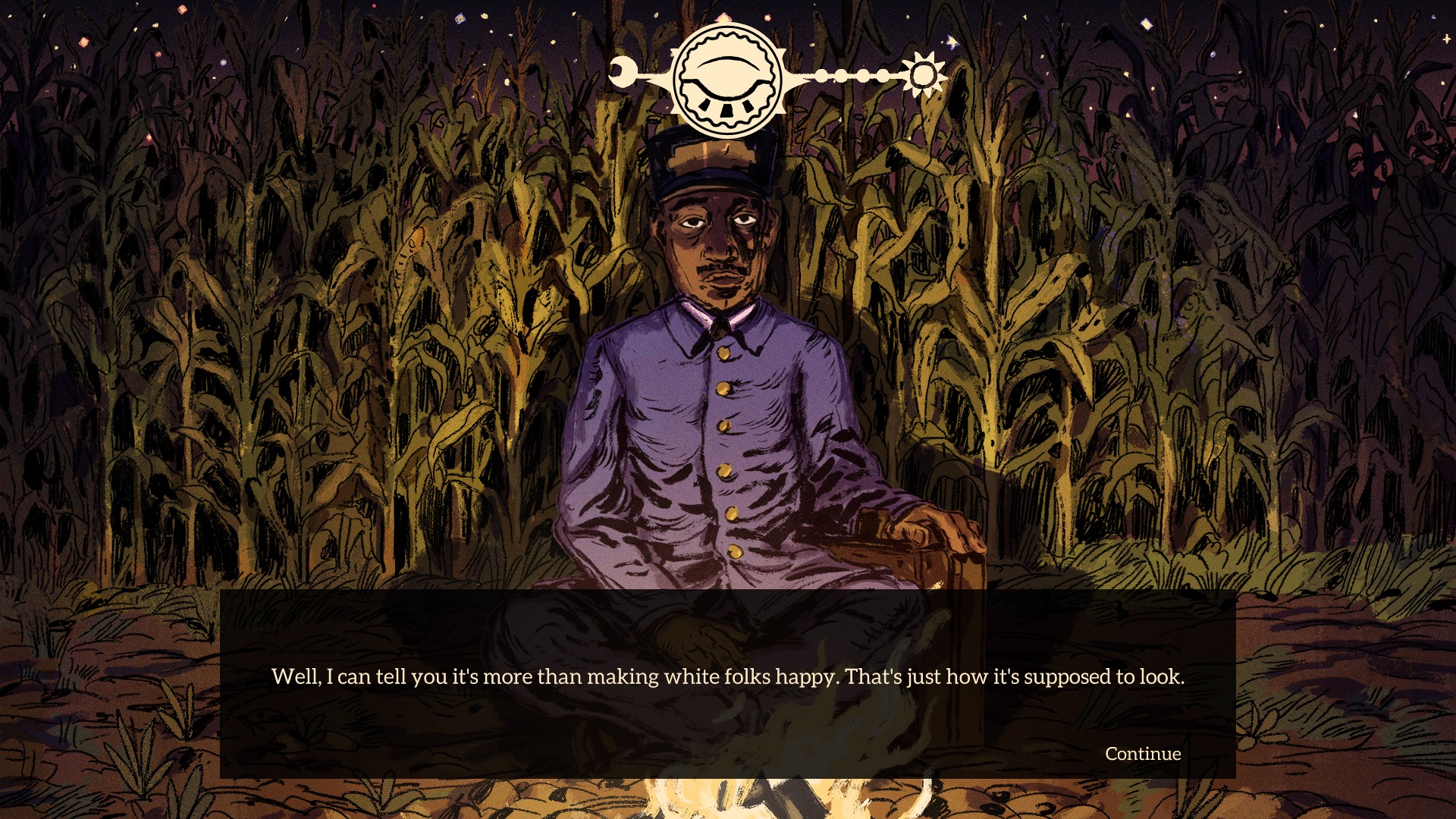 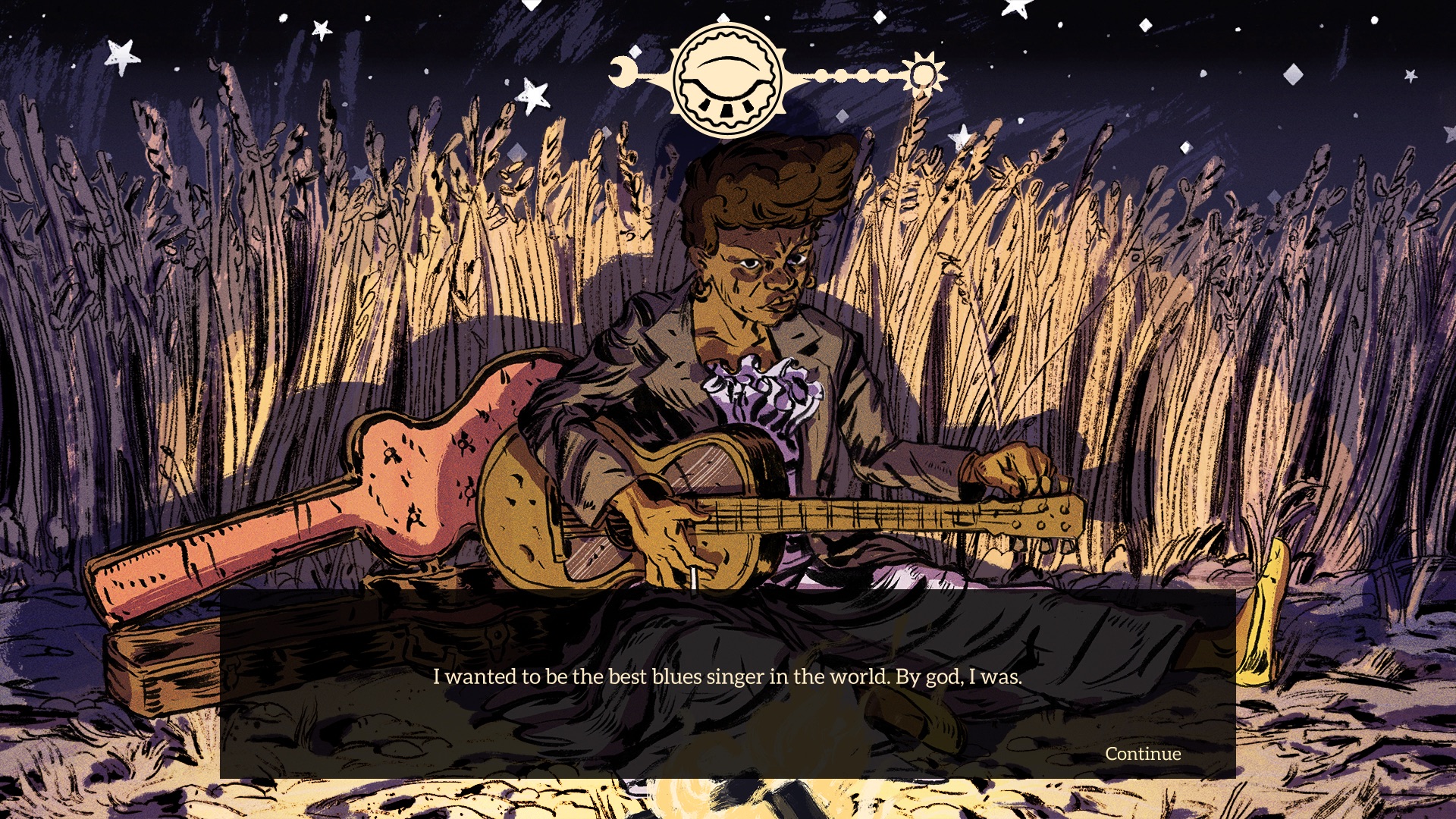 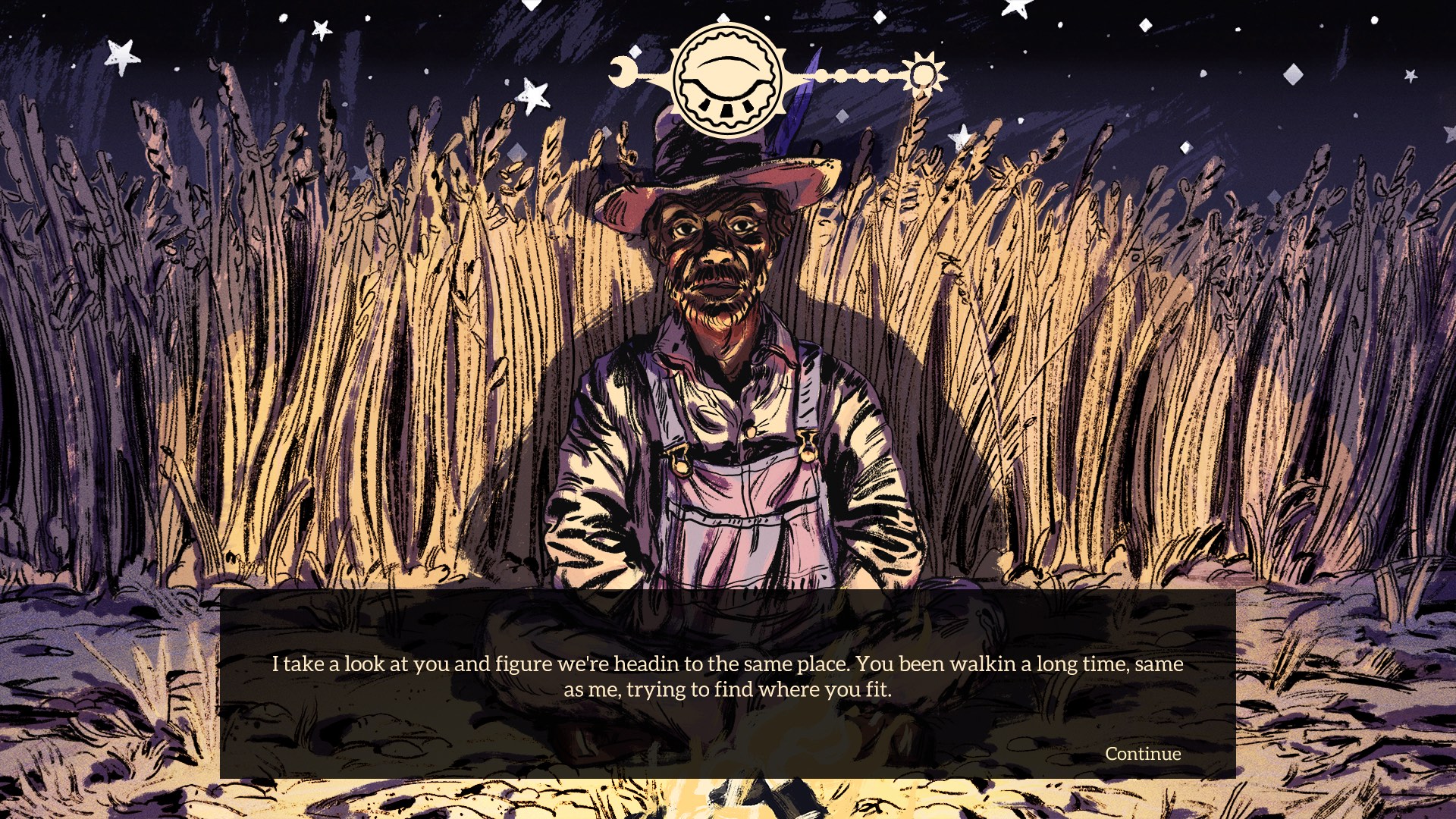 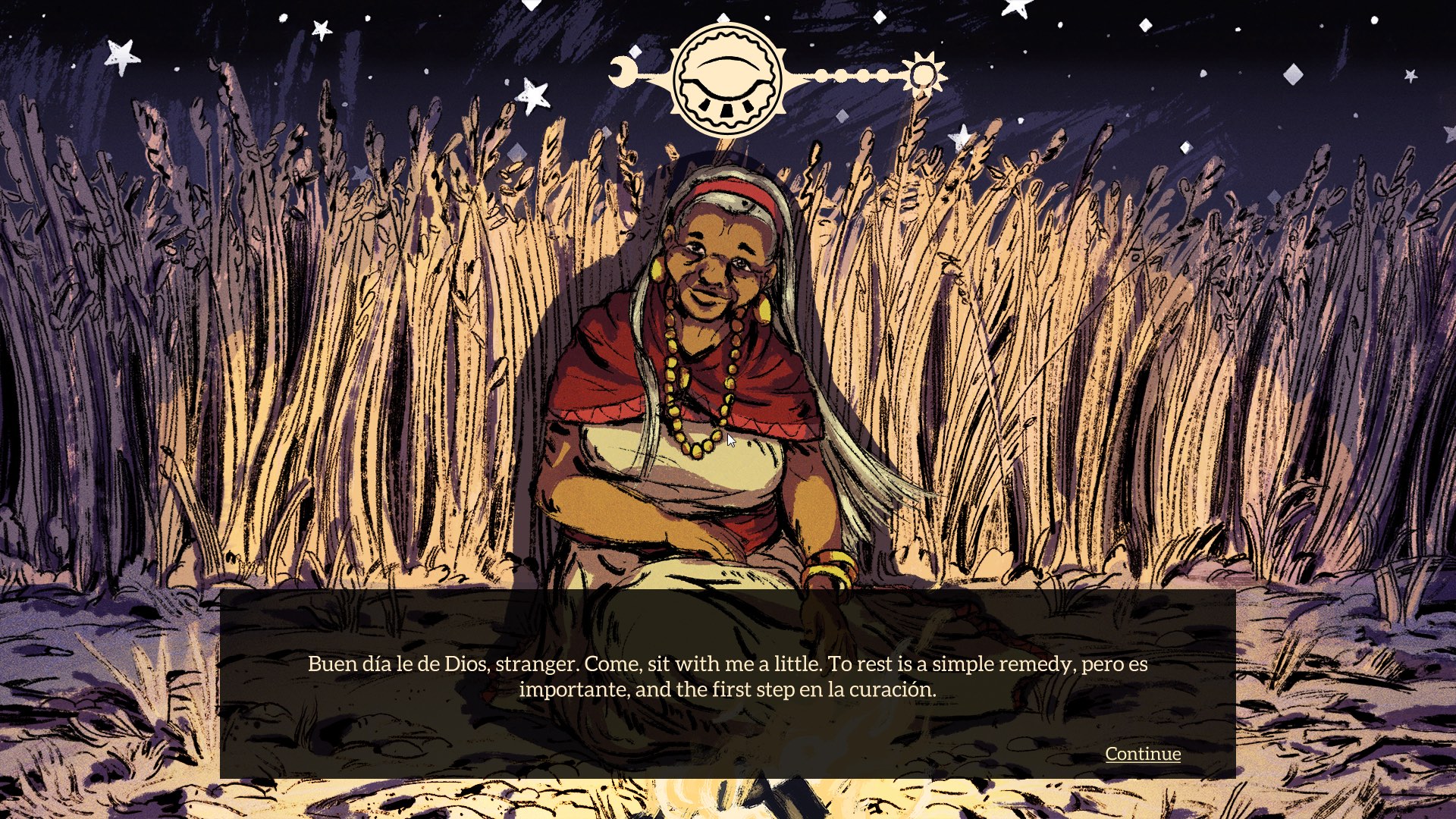 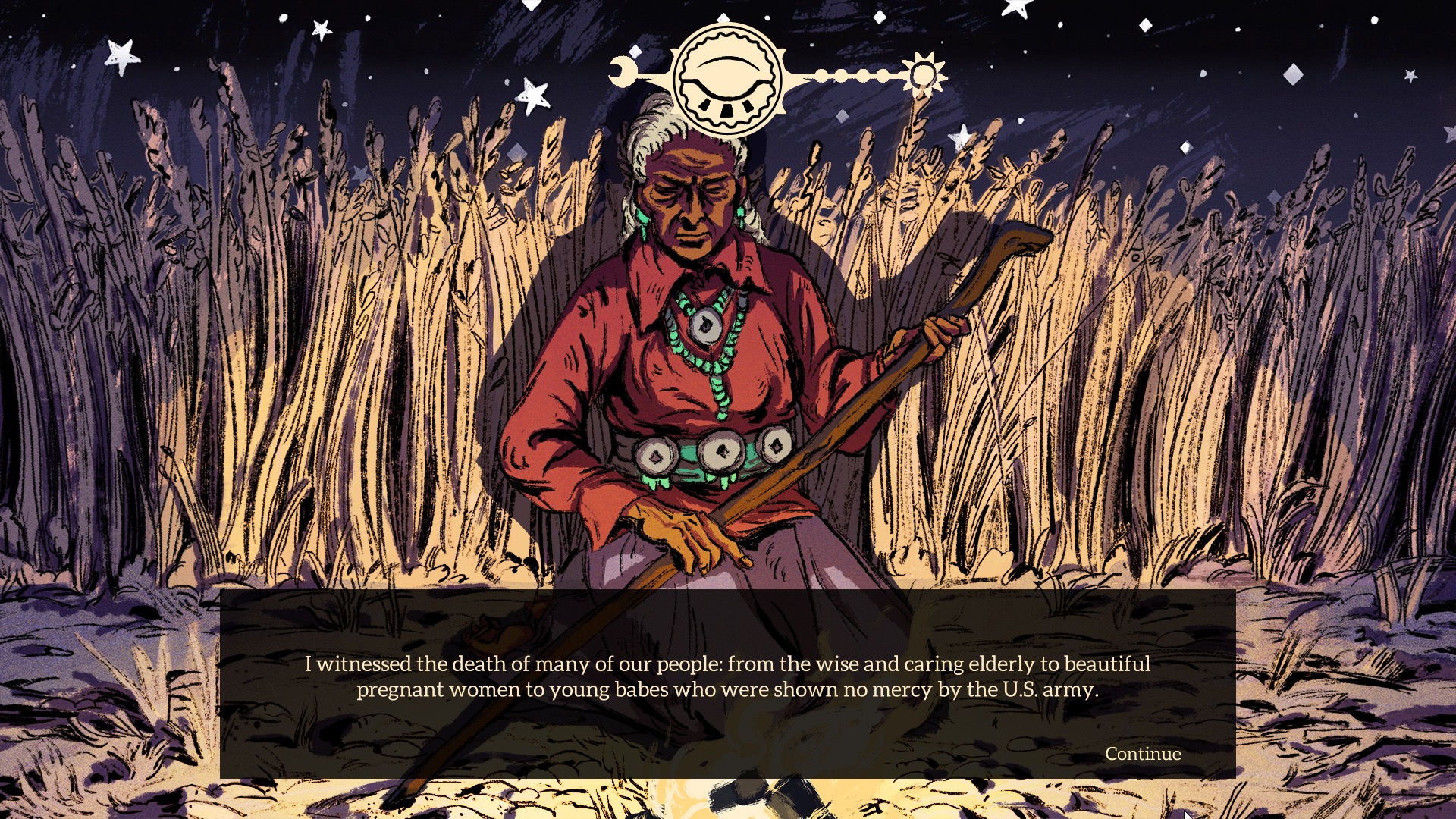 The other massive strong point for this game is the soundtrack. Bastion has been bumped off my favourite list in favour of Where the Water Tastes Like Wine.

“It’s small touches like this that kept it feeling fresh, thoughtful and well researched.”

I thought initially it would get a bit same-sy because the same songs kept popping up as I wandered through the game. But as you move from area to area the song adapts to be sung in the local style. ‘Vagrant song’, the main song that keeps popping up, changes to a Spanish version when you reach Mexico, complete with flamenco guitar. It’s small touches like this that kept it feeling fresh, thoughtful and well researched.

I could harp on about this soundtrack for hours, but just do yourself a favour and listen.

Combine the narrative, the narration, and the soundtrack, and you have the perfect atmosphere. The soundtrack isn’t fully out yet, and I’ve been just loading up the game to listen to the music periodically.

Personally, I could find very little fault with Where the Water Tastes Like Wine.  I could sing its praises for pages and pages if I let myself. I’ve never found a game whose style and writing is so perfect”.

But what I did find difficult was that the story UI is very difficult to work with at times. Trying to switch my old stories out for new ones in the menu (you can only keep 3 per tarot card at a time) was frustrating at best.

The scrolling system just didn’t seem to want to work with me, and I found myself having to switch out stories two or three times to get the one I want. The most frustrating was that there wasn’t a back button so I always had to click out of the menu if I ended up not wanting to make a change.

It was also difficult to tell people the right kind of story they asked for. What I thought was sad, others found funny. Horror and thrilling were interchangeable a lot of the time, and this was a bit annoying.

For a game that took me 12 hours, that’s pretty good as the only faults. There was one or two technical glitches with my stories leveling up, but they really didn’t detract from the enjoyment for me.

It’s not for everyone with its slow gentle style, but as someone who loves games that focus on the journey, the people and the atmosphere, I’ve never encountered a game that has done it better.

It’s huge, but it’s worth your time. This is not a game to miss if you are any kind of narrative fan. Now, if you don’t mind, I’m going where the water tastes like wine…