Shapers have existed for many years, mastering the power of Anima to create and control many types of Golems. As with any kind of power, whether that’s used for good or evil is dependent upon the beholder. Masters of Anima, the new adventure by Passtech, drops us into a world where this idea is loosely explored.

You play as the young chap Otto, who is about to tie the knot to a Master Shaper. He’s not particularly interested in his shaping studies, but alas society (which appears to consist of about four people) won’t let a Master Shaper marry an uneducated lowlife. So Otto persists.

After a leisurely stroll picking flowers, against a lushly-coloured forest backdrop, Otto takes on his final exam and, unsurprisingly, disaster strikes. This sets up Otto’s quest to rescue his wife-to-be, as well as ridding the world of the evil Zahr and his many, many angry Golems.

Played as a mix of action-RTS and RPG, fans of Pikmin will see some familiarity and probably enjoy Masters of Anima. As a Shaper you control several different types of Golems, each with their own unique abilities. You collect Anima, which fills up your meter allowing you to not only create new golems but also to activate puzzles and objects within the world.

You basically move from one enemy to another, and in between are environmental puzzles that you need your Golems to help solve. Moving forward, you slowly unlock new Golem classes which then allow for slightly more complex puzzles, but these will never challenge you for too long.

The gameplay above is representative of the game as a whole, which creates some issues. As you’re basically moving from one enemy Golem to another (often several at a time), the combat difficulty learning curve is steep and frustrating. You will die over and over again, but fortunately the checkpoints are generous and you’ll usually start at the beginning of the fight each time. The enemies themselves are not extremely imaginative in terms of their abilities, but in saying that, becoming familiar with their style of attacks does help when you’re planning your own.

Controlling Otto and his minions is definitely part of the learning curve in Masters of Anima. You will often find yourself using pairings of buttons to perform the main functions when in battle. On my second play through, I found myself re-spawning at the beginning of a difficult battle. I’d left it at this checkpoint after spending a controller-smashing amount of time trying to pass a bridge of enemies the night before. It took several deaths to remember the correct combination of buttons to outmanoeuvre my opponents, but I finally made it across.

While it eventually becomes easier, the controls can take some time. In saying that, getting the combination of buttons correct, at just the right time, admittedly feels pretty good. It’s worth noting that I played this on PS4, and I can’t help but think it may not have been quite as frustrating playing it on a PC. Having a mouse would have made things that little bit less fiddly.

Upgrading your skills is done well in Masters of Anima. After each level you usually gain around 2 or 3 skill points that you can put towards Otto’s skills, or to each of your Golem classes. The important part is that you can also reset the skill point allocations in between levels without any extra cost, allowing you to try for a different tact. There is some flexibility within the way you choose to play here too, allowing you to use Otto himself as a threat to the enemies by choosing skills that buff him via your Golem’s skill trees.

Through Otto’s adventure you do move between different landscapes, and the illustration of these is done in a crisp, comic-like style with some beautiful colour and lighting. While they look good, the landscapes themselves, unfortunately, are rather forgettable, with only limited points of difference and environmental hazards. They do become a little more interesting as you increase your Golem classes, as more environmental puzzles are possible. 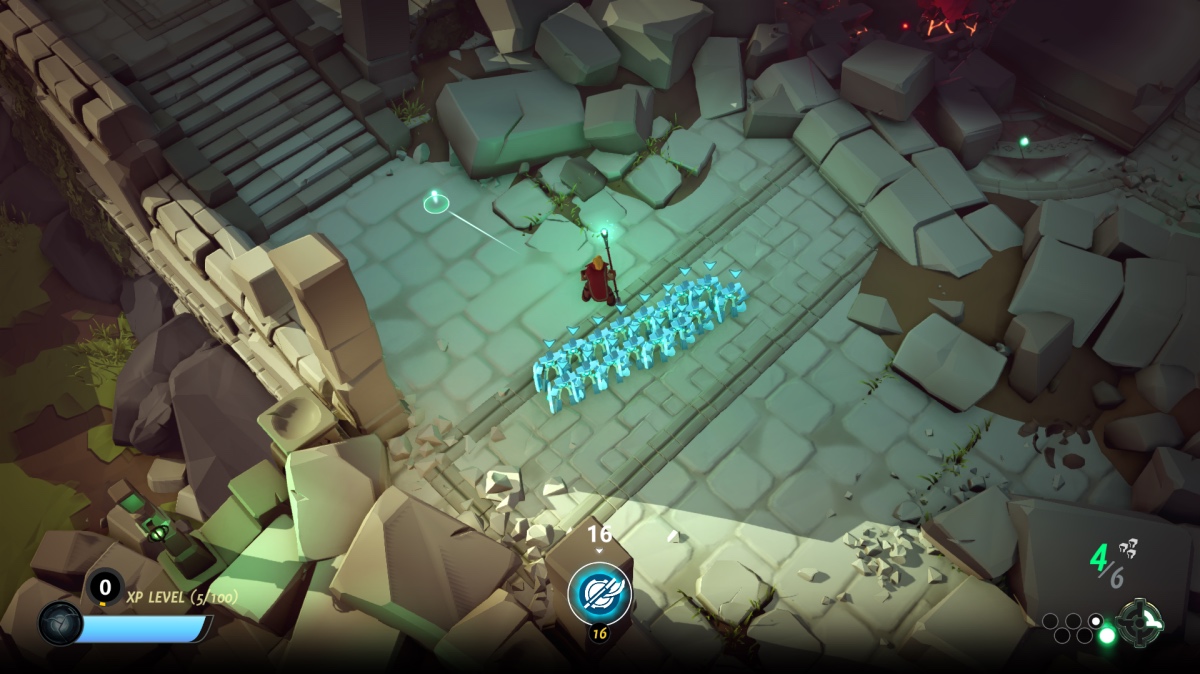 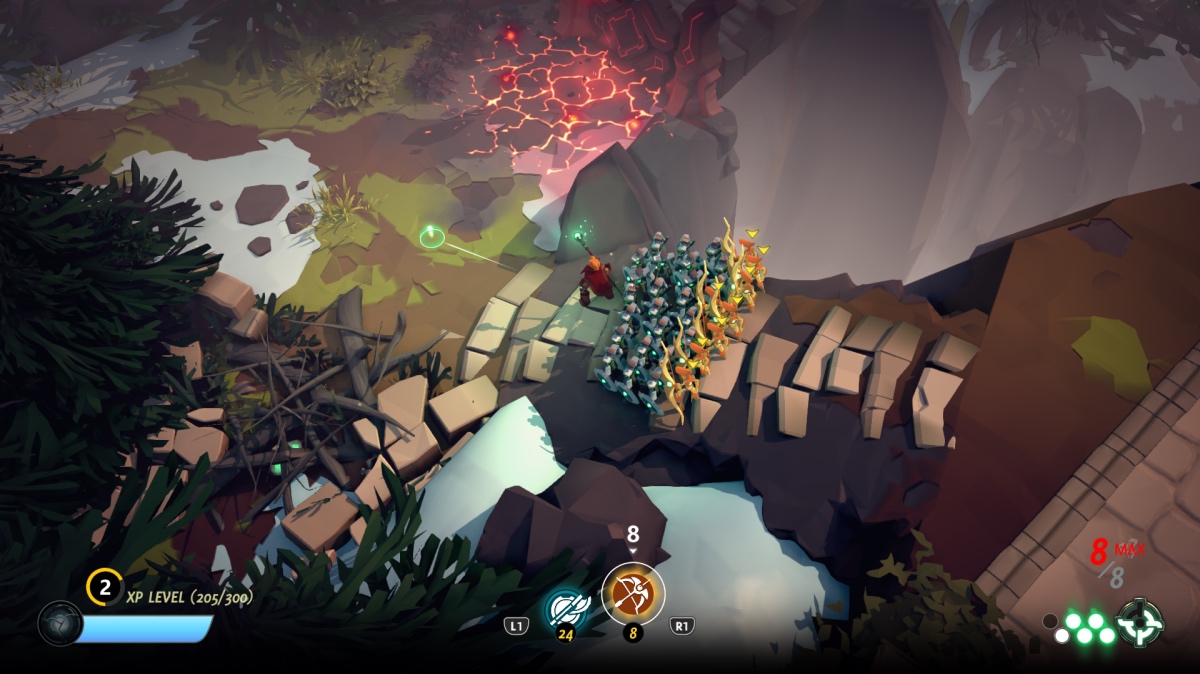 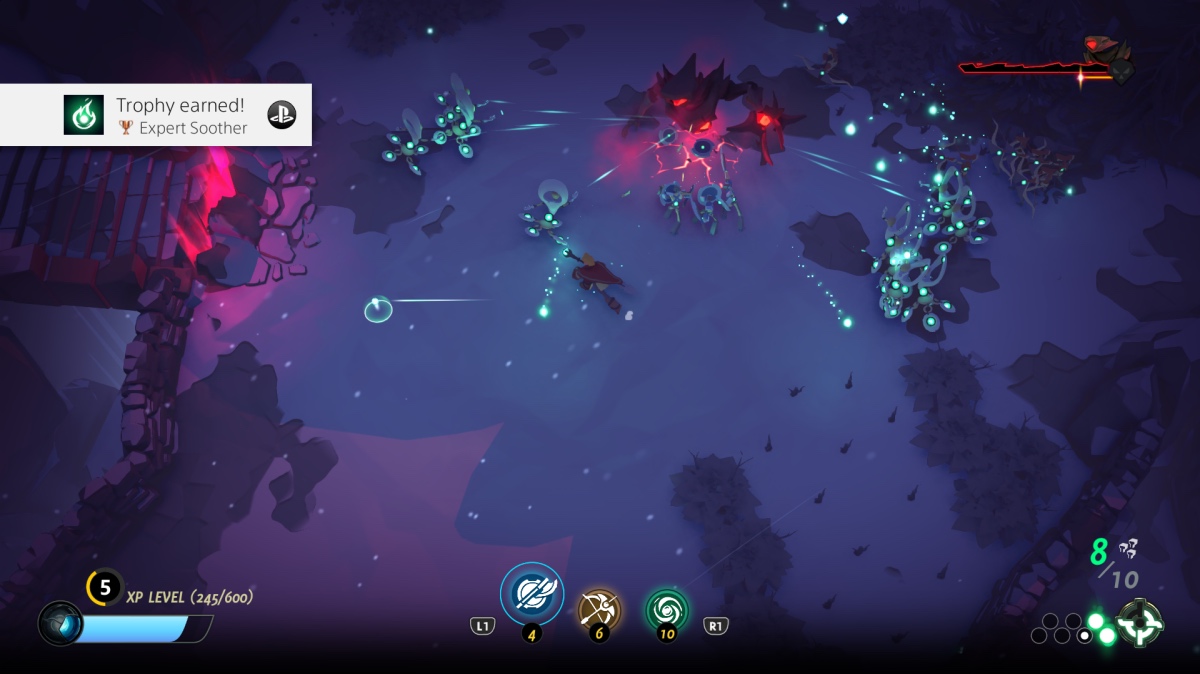 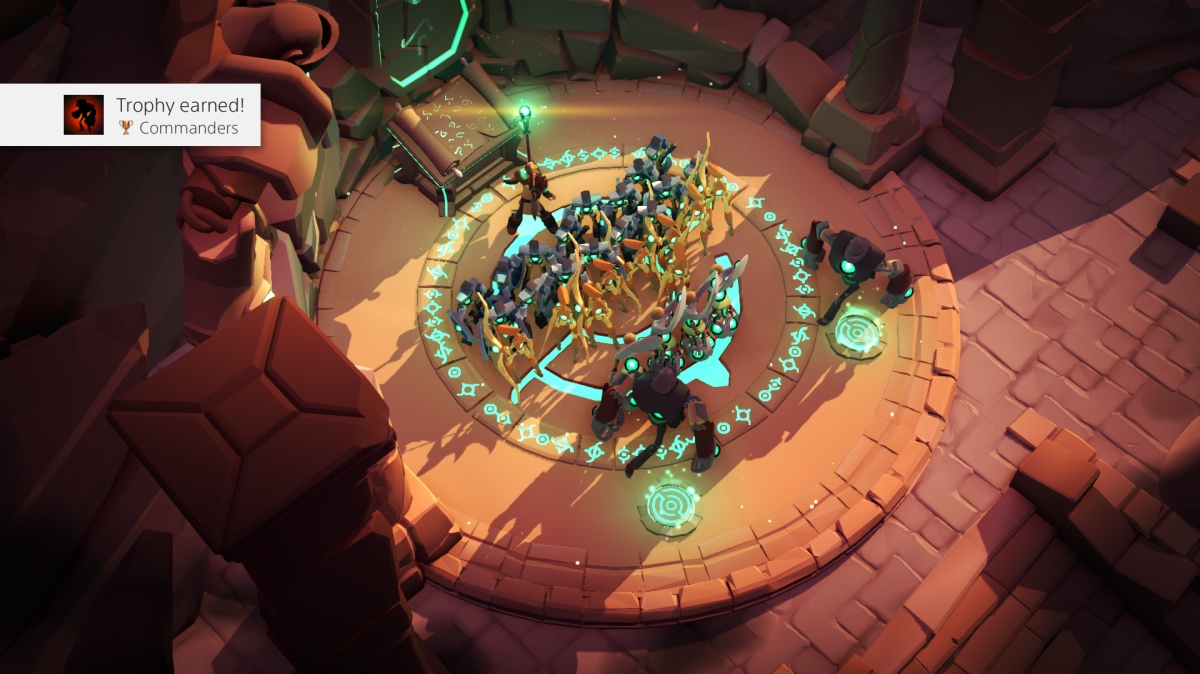 I think the writers squandered a great opportunity with Otto. His slacker attitude could have been further emphasised, not only to allow for moments of humour but also to enhance the ‘hero’s journey’ transformation. Unfortunately, what we’re left with is a weak story with awkward voice acting, and characters that actually become opaquer as the game moves forward.

In all honesty, if this style of game is your jam, then you’ll probably find a lot of joy within the combat systems and skill trees. It adds a few new things to the formula in terms of what your minions can do, as well as some flexibility around how you decide to fight the enemies based on the skills you choose. If you can look past the story and repetitive environments, that is. If you’re in it for the feels, or the puzzles, or just never played a game like this before then you may find yourself rage-quitting before discovering the joy.

Steve is PlayStation faithful and an aspiring pet-lover, who definitely spends too much time in front of the TV. His first taste of gaymer love was BurgerTime on the Commodore 64 - a title that becomes increasingly life-relevant with every passing year.