When it comes to tabletop RPGs involving massive walking mechs, there aren’t many, if any, with bigger names than BATTLETECH. With over 60 games in its series including various tabletops, RPGs, and a ton of video games (most of which go under the title MechWarrior), BATTLETECH is no stranger to gaming.

If you are heading into this game as a MechWarrior fan then the first thing to note about BATTLETECH is that this won’t be your standard shooter. BATTLETECH, much like its tabletop roots, is a hardcore tactical RPG that mixes hex-based combat over different terrains, managing your mech’s heat, ammo and morale, as well as managing your crew, your ship, your contracts and your finances.

Starting a campaign involves you creating your character, and unlike most character creators, the game doesn’t stop at simple cosmetic customisation. You get to pull from the universe’s extensive lore to create your own backstory, which has an effect on your character’s stats, as well as dialogue and gameplay choices that you may have in the future. These can be as simple as being able to use a familial line to talk your way out of a situation or choosing a planet to settle based on who hates you less.

Your introduction to the game is to defend the newly appointed queen of the universe as she travels to her coronation, which sets off a chain of betrayal and death, that puts you out into the far reaches of space, fighting for your survival. The first missions serve as a crash course in the world of BATTLETECH combat, and thankfully, the game absolutely shines here.

There is no getting around the fact that the game operates at a glacial pace, but this is not a negative. Planning a move isn’t as simple as moving into position to fire, or moving into cover. You have to plan everything down to the very angle you want to fire at to attack certain parts of the mech. You’ll also need to move onto ice or water to cool down your mech, manoeuvre around hot patches of earth, and even walk along roads so your mech can travel more efficiently.

“The combat and movement are extremely nuanced and takes a lot of getting used to, which may throw people off in the initial missions.”

Combat is a much more streamlined procedure, but the thought process is still much the same. You can choose between a multitude of weapons that your mech can equip. My starter mech had 8 methods of mechanised mutilation, with mutilation being the key word. Using correct angles or ‘called shots’ (which are shots that you can aim at certain body parts with a slightly increased accuracy), you can blow parts off a mech’s body or blow off armour. The combat and movement are extremely nuanced and takes a lot of getting used to, which may throw people off in the initial missions. The first two missions alone took me around two hours with many and varied failures along the way. 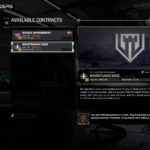 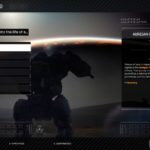 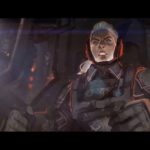 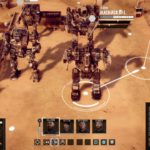 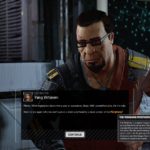 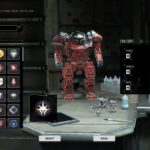 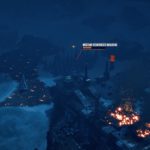 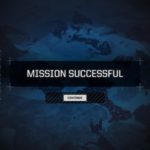 After the introductory missions, you are greeted with what will make up the rest of the meat of the game. BATTLETECH is not just about tactical mech combat, you also need to manage your own mercenary company of mechs, right down to finances, keeping your army of mechs up and running, paying off your loans, and hiring and keeping your pilots happy. If you have ever played X-Com, this may sound familiar, and it is an extremely apt comparison.

After taking a few contracts and paying off your initial loans you get a much wider swath of missions from around the galaxy to take on. There is literally an unlimited amount of side missions and contracts you can take that will extend your gameplay experience ad infinitum. The story missions involve you trying to take back the throne that was usurped from the rightful queen. The basis of the story is one all too familiar, but the deep lore the game pulls from makes the storyline interesting and engaging. If these missions against the AI players get boring, you can jump onto a multiplayer lobby and smash real players into dust.

Fortunately the only downsides to this game has nothing to do with the core gameplay mechanics. The UI is convoluted and poorly explained. This is not to say it’s unusable, but something that points out what was what a bit better on screen would have gone a very long way. If you are having the same issues I recommend you look at this video which does a great job of explaining what can be missed. There’s also the issue that the graphics in the cutscenes are stylised and gorgeous, which is in stark contrast to the much plainer gameplay graphics. This is unfortunate but it also doesn’t detract from the game too much. There’s also the fact that the gameplay is MUCH slower than it needs to be. There are many pauses and camera pans that can grind the gameplay to a halt. This isn’t a loading issue, this seems to be intentional, as is demonstrated by some config file tweaking that more or less alleviates this issue completely.

You can sum up this game quite simply. It’s a tabletop experience on your computer, and as far as tabletop experiences go, BATTLETECH is a goodun’. If you are a fan of a slower paced tactical shooter with extra elements of micromanagement for finances and crew and have played way too much X-Com already, BATTLETECH is what you should be focusing your attention on. If you are someone who can’t stand to sit in one place for too long and would rather go in guns-a-blazin’, you may want to look elsewhere.