Remakes and remasters are the perfect opportunity to play on our nostalgia. To make us yearn for games from our past that fill us with the same kind of childlike wonder and glee that we felt when we originally experienced these titles. Although this is not a good description for Dark Souls: Remastered. Dark Souls: Remastered is more interested in filling us with rage, suffering, and anguish than wonder and glee. And in its pursuits it succeeds in recapturing that same pain for a second time around.

With the original game releasing in 2011, Dark Souls: Remastered gives players the opportunity to return to the dark fantasy world once more or experience it for the first time. Returning players should expect a light coat of paint, more stable frame rate with general performance improvements, and the inclusion of all previous DLC. New players should take a deep breath, hold the hand of somebody you love, and prepare for a game to make you its bitch. 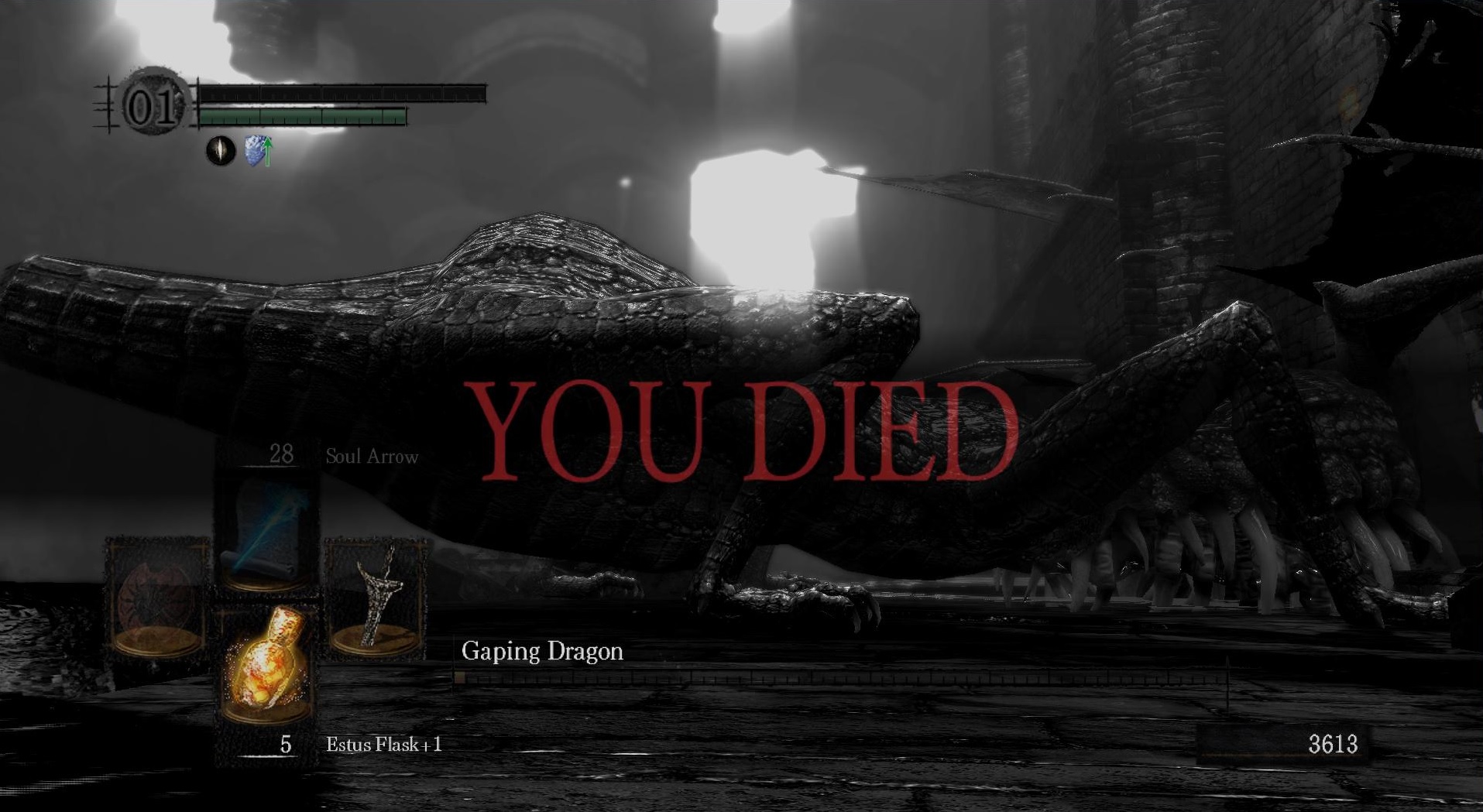 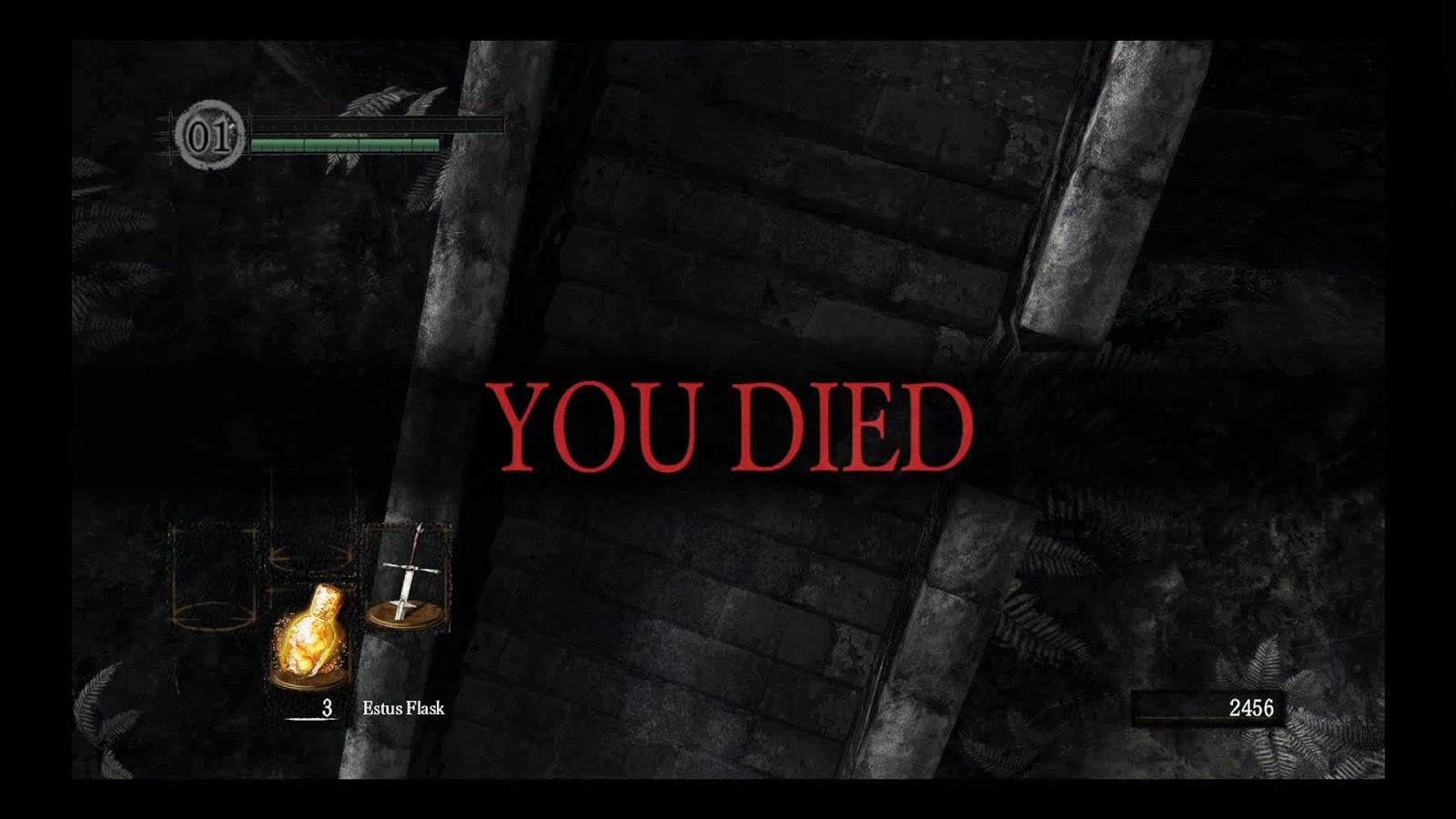 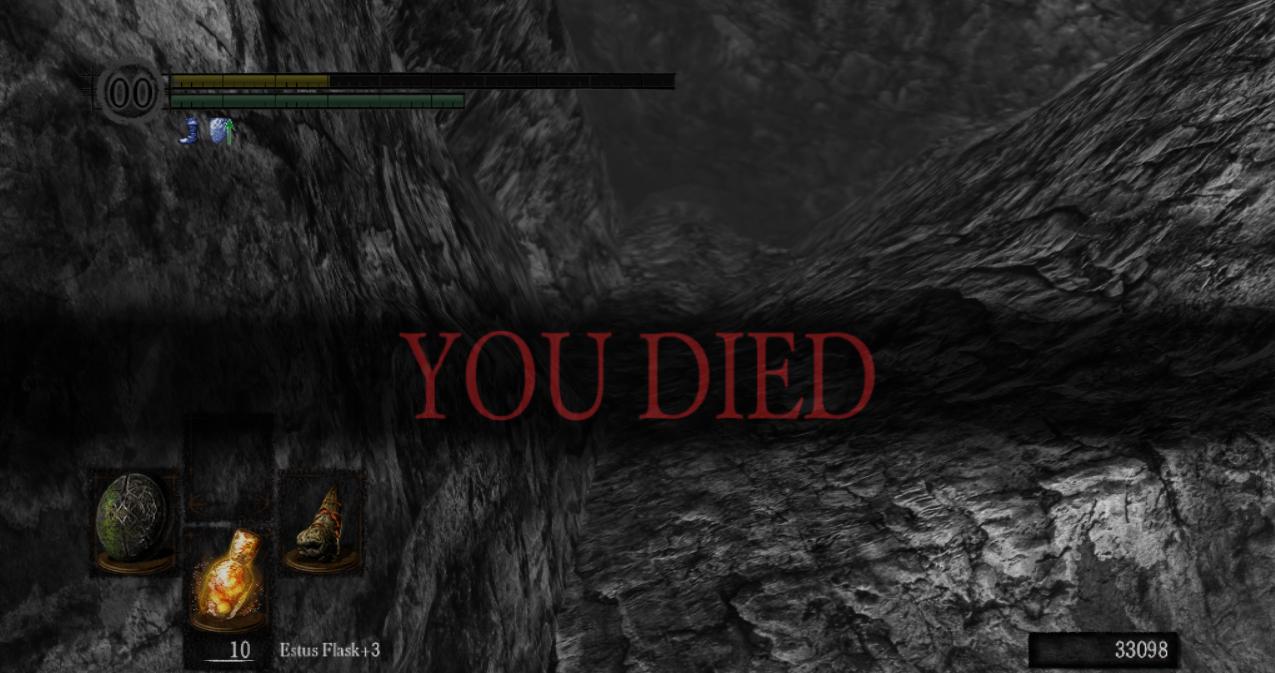 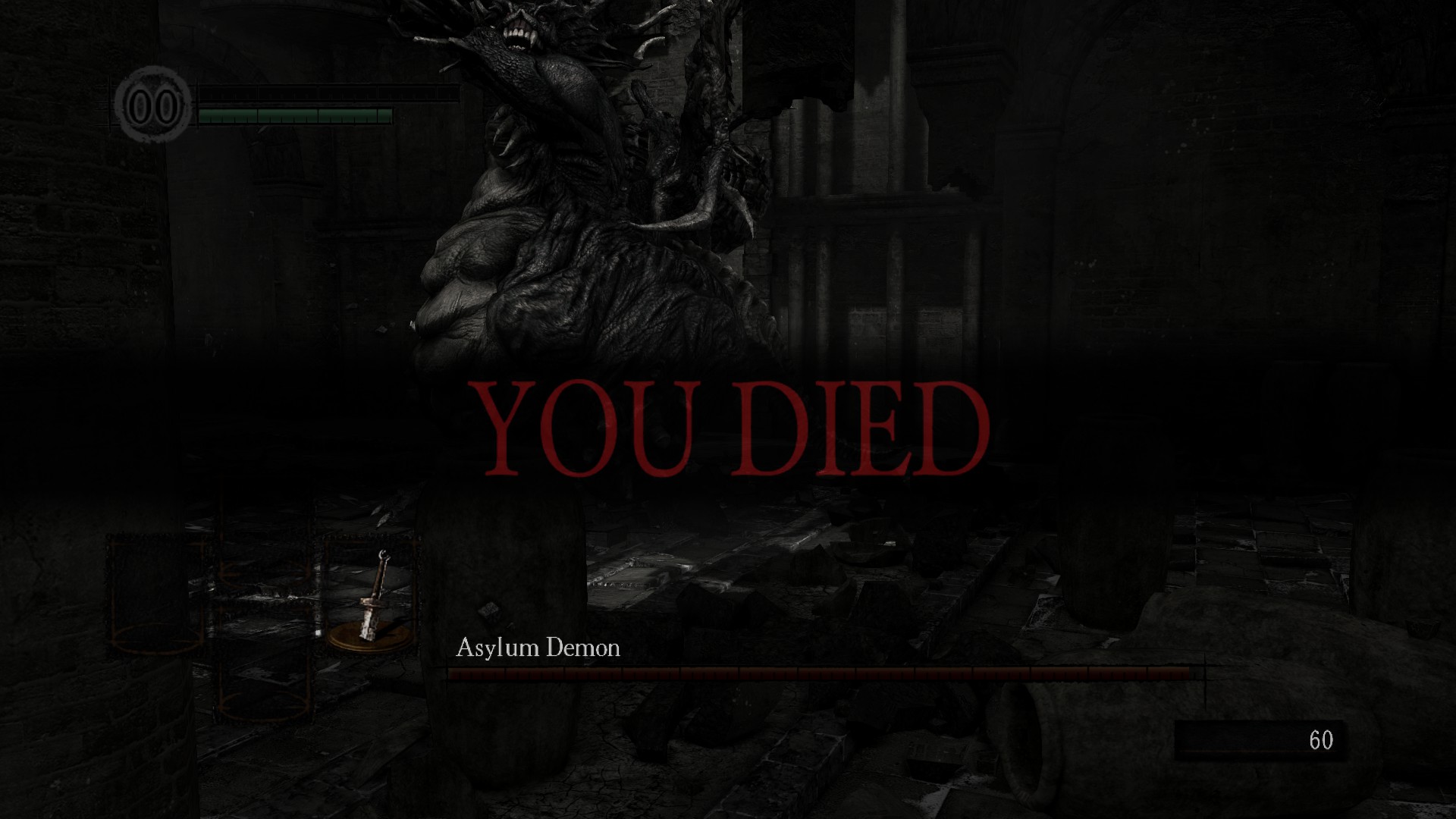 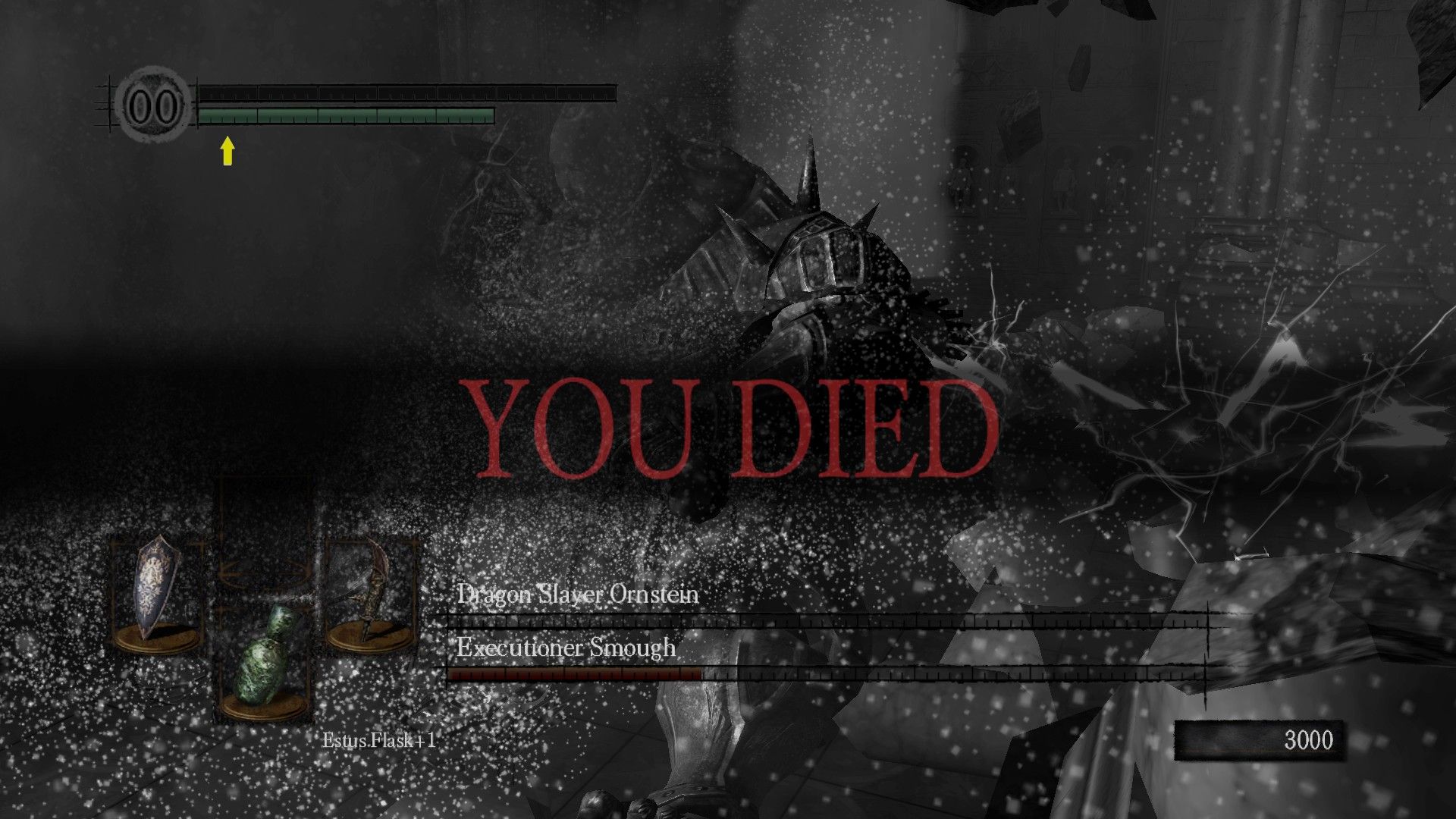 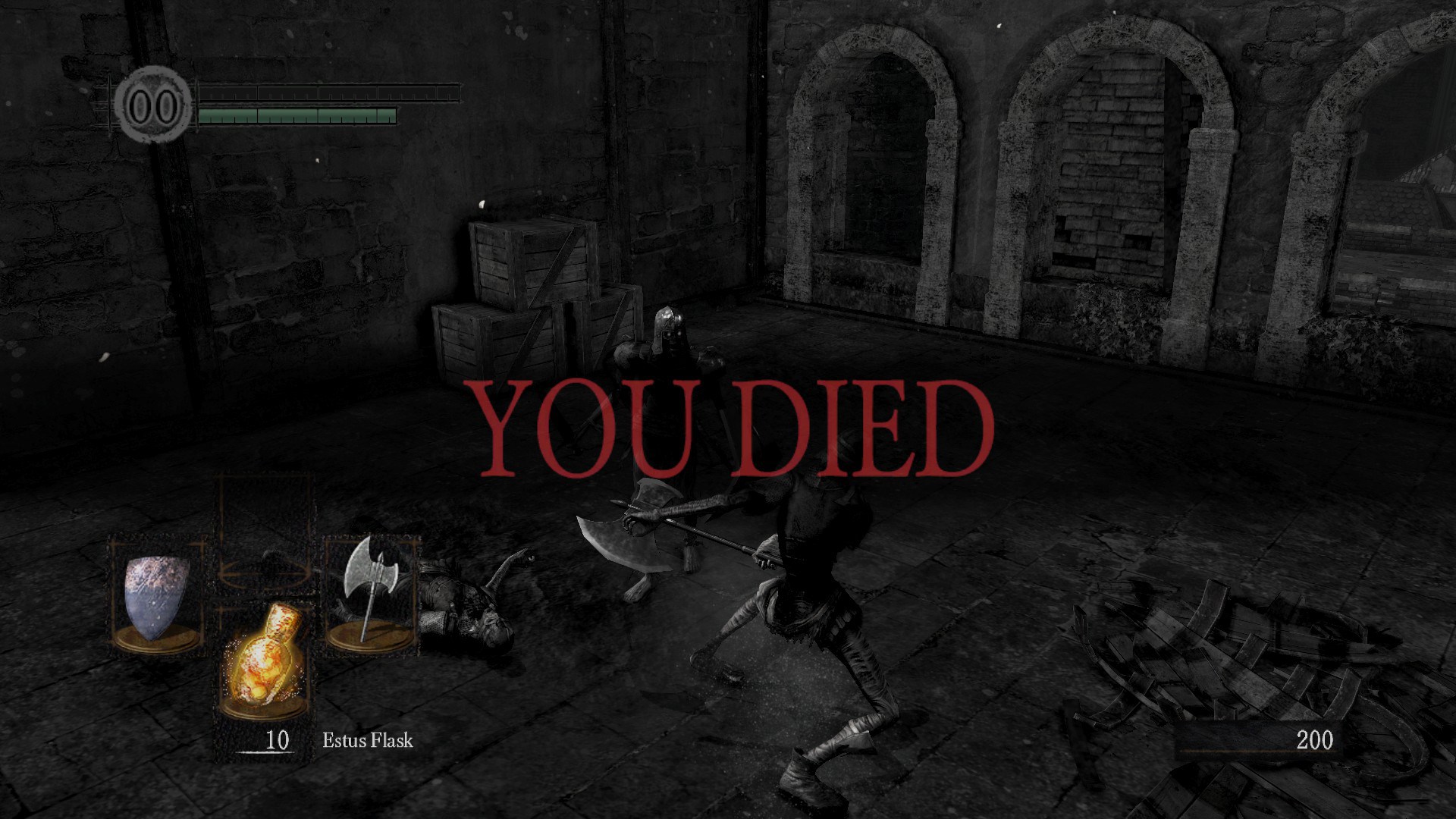 Of course Dark Souls is more than just a difficult game. It’s actually a game that is incredibly well designed, so much so that it has basically created its own gaming genre. Dark Souls is widely recognised as a direct influencer on many big titles and has managed to shape the gaming scene fairly dramatically. What started as a cult classic has turned into a phenomenon with many game developers creating clones such as Lords of the Fallen or The Surge to try and recapture the horrific beauty that is Dark Souls. Although it is hard to beat the original.

“…after your 200th death you will begin to reach a point of zen.”

I don’t know if gamers who have already played Dark Souls will find enough within the remaster to draw them back. But for those who are yet to experience the game, I highly recommend this release. Yes it is difficult, and yes it is rage-inducing. Although after your 200th death you will begin to reach a point of zen. Once Dark Souls: Remastered has finally broken you down into nothing and left you questioning your self worth, your mind will adapt (probably out of necessity) and you will begin to experience the game through a rage filter. It’s at this point, your lowest of lows, that you can enjoy Dark Souls for the magnificent game that it actually is. Or you will have just given up and uninstalled…

The way Dark Souls is designed is really a thing of beauty. The game’s world is one giant interconnected area with branching pathways, multiple options, and unlockable shortcuts. You’re not fast-travelling or teleporting around the world to get back to certain areas because you’ll never be too far away from a gate or elevator that will link up to a path already travelled. No matter how far you wander the game manages to bring you right back to the central hub. Many areas are locked off until you successfully complete an action although this isn’t always the case. A big part of playing Dark Souls is figuring out where you should be heading and realising that not every path is the best option for you at this time.

I really appreciate Dark Souls’ lack of hand holding although it can also be one of the game’s biggest faults. A younger, edgier me would have loved the idea that many gamers would get lost and confused by the lack of direction, lack of information, and lack of guidance. Although that younger, edgier me also looked up a guide the first time he played, and probably pretended like he learned everything by himself. The fact is Dark Souls is an incredibly difficult game to get in to and its not just because of the combat. A lot of the difficulty lies in knowing where to go next, where to find the useful NPCs and equipment, how to efficiently level up, what each item does, and so much more. At points it feels like the game is deliberately obfuscating information. Why do I have to talk to an NPC 3 separate times before they give me that important item? I’m not suggesting Dark Souls should tutorialise everything, because that would certainly detract from the game’s feel. Although intuitive design that subtly encourages players to learn the mechanics on their own would go a long way.

Dark Souls: Remastered feels great to play. Combat is always challenging and meaningful with even lesser enemies being able to put up a real fight. This isn’t the kind of game you’re able to zone out while playing because it really requires your focus at all times. You need to be very direct and confident in your actions because once you commit to an attack you’re stuck in that animation. Running, rolling, attacking, and blocking all drains your precious stamina so this isn’t a game where you can lazily spam actions and win. You need to be methodical, tactical, and avoid over-confidence at all costs. As a third-person action game Dark Souls excels with flying colours. The control issues that once existed on PC no longer exist within the remaster and you have full control to take on the world.

Every challenge is a challenge you can overcome and in great adversity comes the greatest of victories. The game doesn’t feel unfair in its difficulty because it gives you the power to improve and do better. Every failure is a learning experience and every death is a new opportunity. You don’t just advance in Dark Souls by getting new powers and better gear, you advance by actually being better at the game. In fact, most of the time new gear you find won’t actually be an improvement on your old stuff, just a new option. Dark Souls does a great job of balancing weaponry so that there are always multiple valid options rather than a perfect solution. Using magic and range is also a viable option, in fact a very good option, although it is undeniably less fun and more shallow than melee combat.

Enemies in the game are equal parts horrifying and awe-inspiring. Every time you step through a fog door and into a new battle you wait anxiously as the cut-scene reveals your next gargantuan foe. Bosses will tower over you and their attacks can be unforgiving and relentless. The variety in the game’s enemies and the overall quality of their design is certainly of note.

Using the game’s multiplayer functionality you can summon players into your world to try and help you take down these bosses. Don’t be too proud to search for help. You are going to need every little bit of assistance you can get.

For those who have already played Dark Souls you may simply be interested in what is new here. The game got a small face-lift with certain effects and visuals within the world improving. Honestly this isn’t a big deal and whilst the changes are certainly noticeable in a side by side comparison, they aren’t significant enough to impress. What is more impressive is the game’s performance improvements which really help Dark Souls: Remastered stand out as the optimum way to play the game. As I’ve previously stated the game’s PC version feels much better to control and there are absolutely no framerate issues to be seen. Pesky areas such as Blightown remain pesky, but this time not because of lag. It’s a real game changer too because Dark Souls was already so fun to control and so difficult to beat. Removing any performance woes means you can experience that fun and challenge in the exact way it was meant to be experienced.

The other big inclusion is that of all previous DLC, much like the Prepare to Die Edition. The DLC helps to expand on the world and its inclusion into Dark Souls: Remastered is clever and natural. The DLC gives players more of an opportunity to experience new Dark Souls content that sits at the same quality as the rest of the game.

Dark Souls remains a fantastic game to this day. The remastered version may be the latest and greatest but it doesn’t bring all that much new content to the table. I would struggle to recommend the game to those who already own the game in some capacity, especially if they already own all DLC. Although having said that, I did enjoy returning to the unforgiving world and experiencing it yet again. Improved performance goes a long way to making Dark Souls: Remastered the best way to play the game, and for those who haven’t ventured into the horrifying world yet, a joyous amount of pain awaits you.