Vanillaware’s Dragon’s Crown was released in 2013 for PS3 and PS Vita and received acclaim for its gameplay and controversy for its… somewhat exaggerated character designs. Now, under the title Dragon’s Crown Pro, it has re-released for the PS4 and PS4 Pro, with a host of subtle additions and tweaks for the new generation. So the question arises: is it worth diving back in if you’ve played it before? And, if you didn’t play it back on the previous generation, does it still hold up?

Dragon’s Crown is essentially a side-scrolling beat-em-up with RPG elements, which can now be played with up to four players at once, locally or online. Once you have kitted out your adventuring party you dive into dungeons, kill everything that moves in each room, and move right when the glowing yellow arrow tells you to. Whilst that sounds like a very simple premise, I was surprised at how much variety the game packs into its mechanics.

There are 6 playable characters to choose from and each of them controls very differently and has different strengths and weaknesses with skills that can be upgraded. I personally played the most as the Elf, who specialises in ranged attacks and abilities which inflict status effects on enemies. I also enjoyed my time with the Dwarf who mostly just picks up enemies and throws them at their friends.

“The Amazon and Sorceress have breasts bigger than their heads, and wear clothing designed to show off their assets rather than any practical purpose.”

However, the very exaggerated and sexualised character designs are incredibly distracting. The Amazon and Sorceress have breasts bigger than their heads, and wear clothing designed to show off their assets rather than any practical purpose.

The Amazon in particular seems to be wearing the bare minimum to avoid being arrested for indecent exposure, and poses in ways specifically to show off her breasts and bum. The game is somewhat equal opportunity with its ludicrously sexualised characters; the male characters are similarly mostly shirtless, muscle-bound titans, and the Dwarf character goes around in what amounts to a metal Speedo. Although, it can get very distracting. Furthermore, whilst you collect many new weapons and armour pieces during your adventure to equip, none of it actually shows up on your character model.

Personally, whilst it was a bit off-putting at first, I found that I sort of got used to the extreme looks after a while, and focused more on the gameplay. Whilst I was able to convince a friend to play some local multiplayer with me to test it out, I spent the majority of my time with the game playing it solo. For the most part, I found that the game holds up well for people who prefer single player, and I didn’t feel like the game was not designed for how I was playing it.

In place of multiplayer characters the player can resurrect dead heroes of a similar level to you from dungeons and hire them for your party for a small price, who are controlled by the AI. It is just as well that the fee to hire them is quite small, as my biggest problem is that the Artificial Intelligence isn’t very intelligent, and I finished the majority of my quests with most, if not all, of my fellow party members dead and in need of replacement. So whilst the game is fully playable solo, it is probably a good idea to use online multiplayer or local co-op if you can for a better experience.

The game’s story involves the king of the fantasy land of Hydeland having disappeared in his quest for the mysterious Dragon’s Crown, which gives its wearer the power to control dragons. You play as an adventurer who has been tasked to find his whereabouts, as well as complete dozens of odd jobs around town if you can find the time.

The plot is told in a series of voice overs and still backdrops, and serves more to progress the gameplay than anything else. If you have played a Dungeons and Dragons campaign and wished that it could be played through in a fun beat-em-up video game, then perhaps Dragon’s Crown Pro was made for you!

The real gem of Dragon’s Crown Pro is how much diverse content it has packed into it. Whilst the premise of a side-scrolling beat-em-up might sound like the sort of thing that we had perfected back in the days of Golden Axe, Dragon’s Crown does a lot of work to make it feel relevant in the modern era.

The boss fights at the end of each dungeon are very imaginative, and are rarely fought the same way. One of my favourite boss fights from early on in the game was against a band of pirates who had a genie’s lamp, and the task was to defeat the pirates whilst avoiding the genie. However, if you killed the pirate who had the lamp, then YOU get to summon the genie, and you can continue the fight with a powerful genie on your side until you are attacked and drop the lamp.

Other situational hazards within levels include orcs that you must try and sneak past, and areas with dangers such as poisonous floors or monsters that can only be killed with fire. Although many fights can devolve into mindless button-mashing and utter visual chaos on-screen, the game really comes alive when it is throwing these unique challenges at the player. 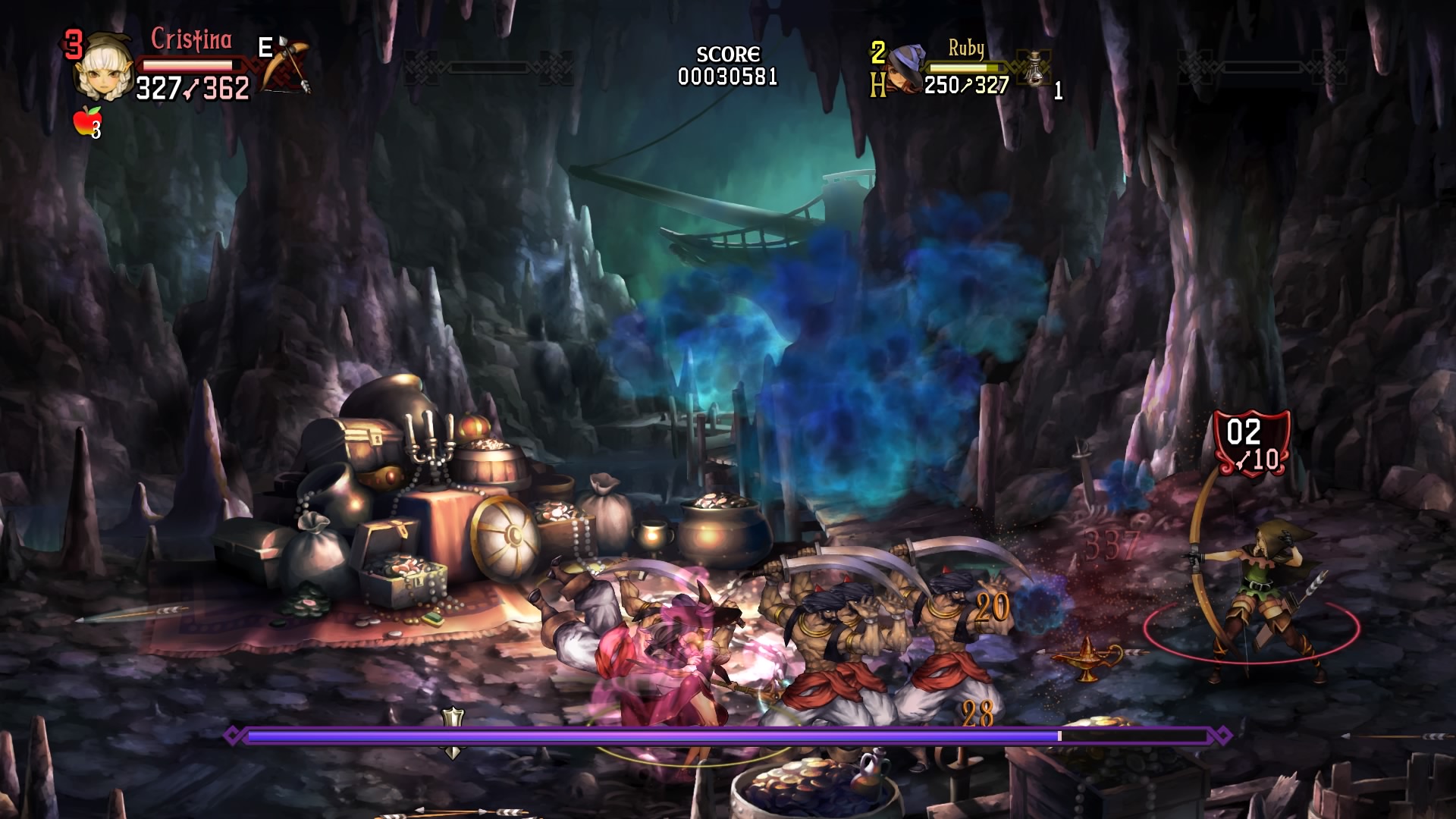 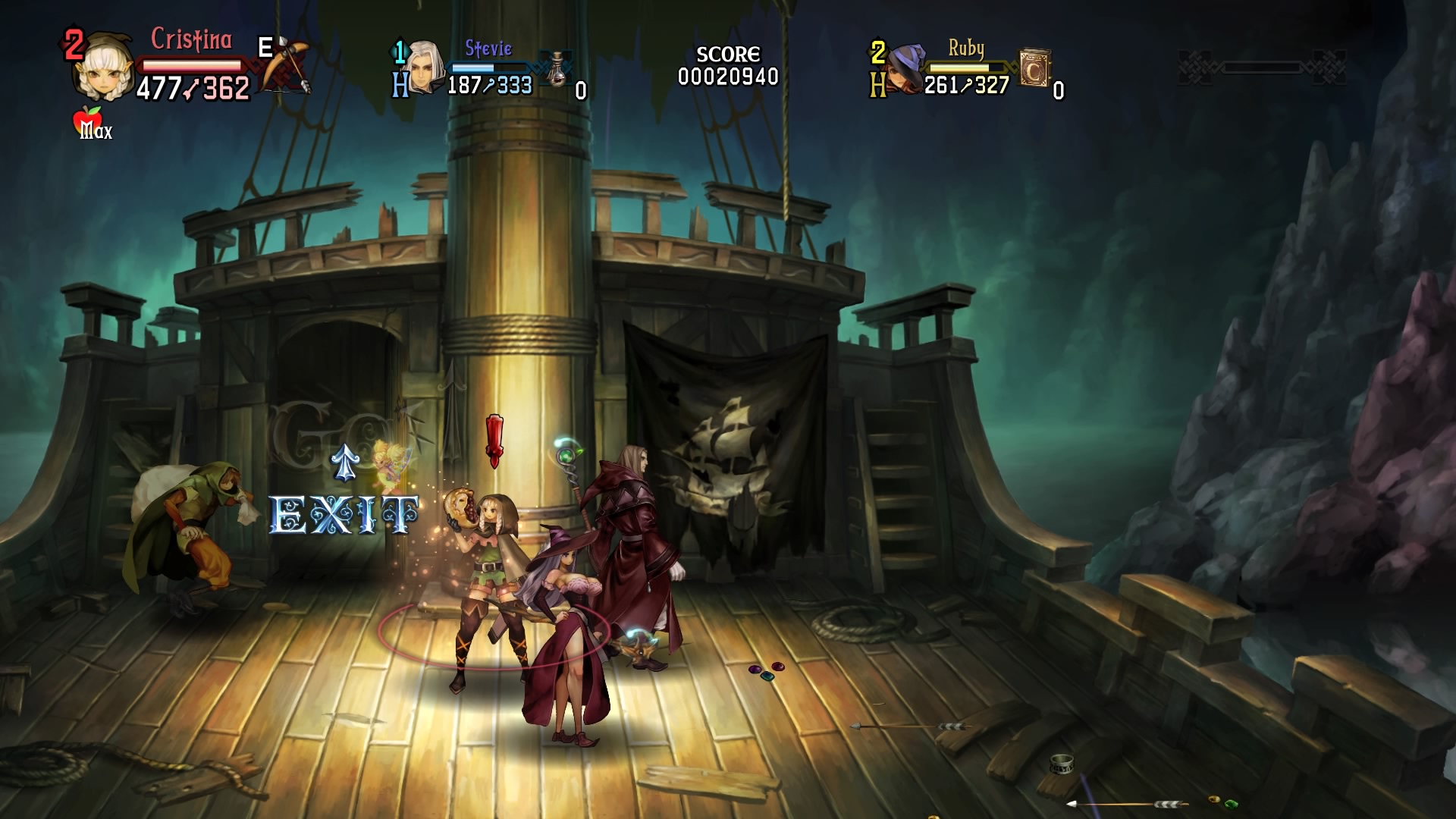 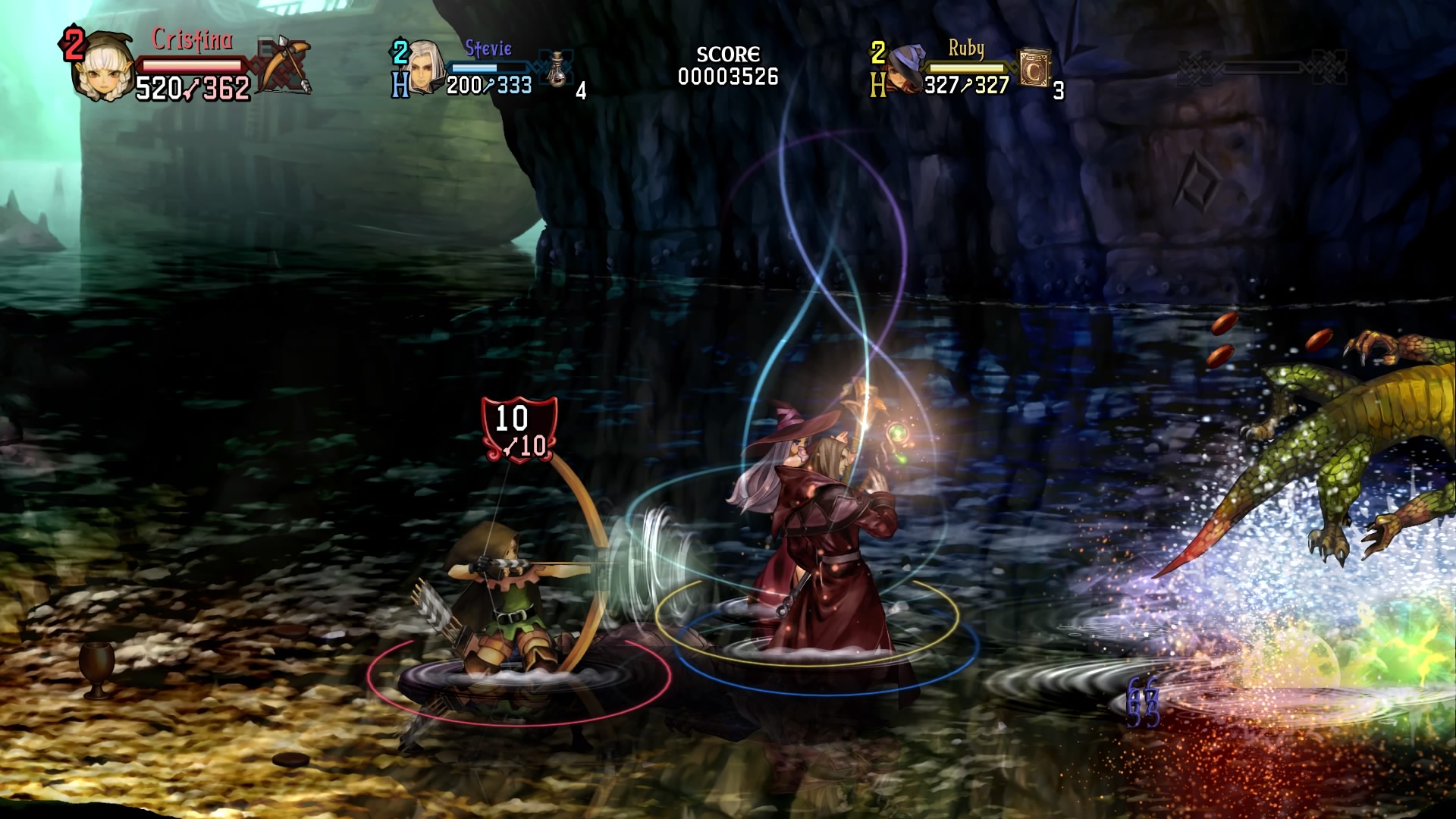 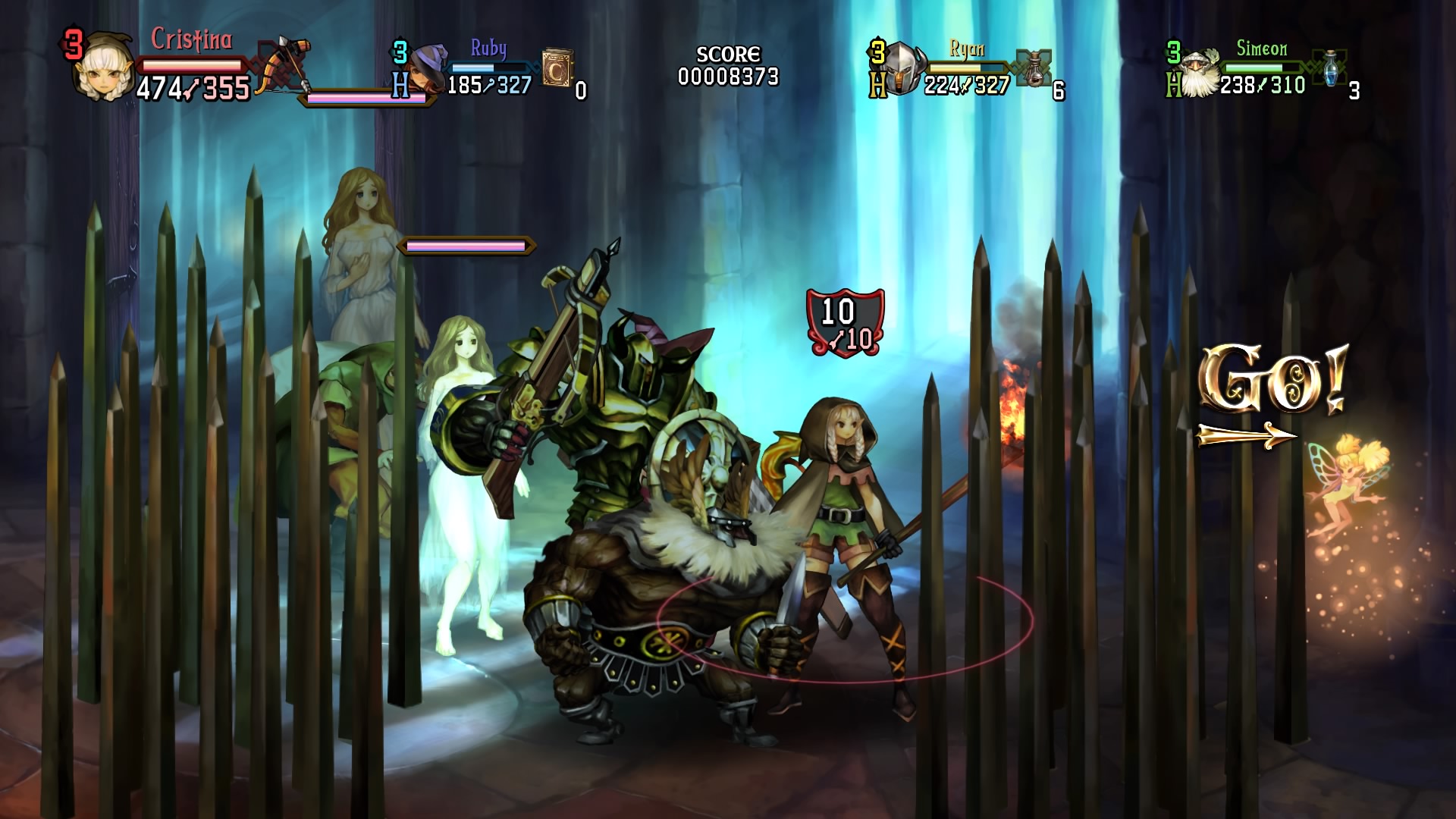 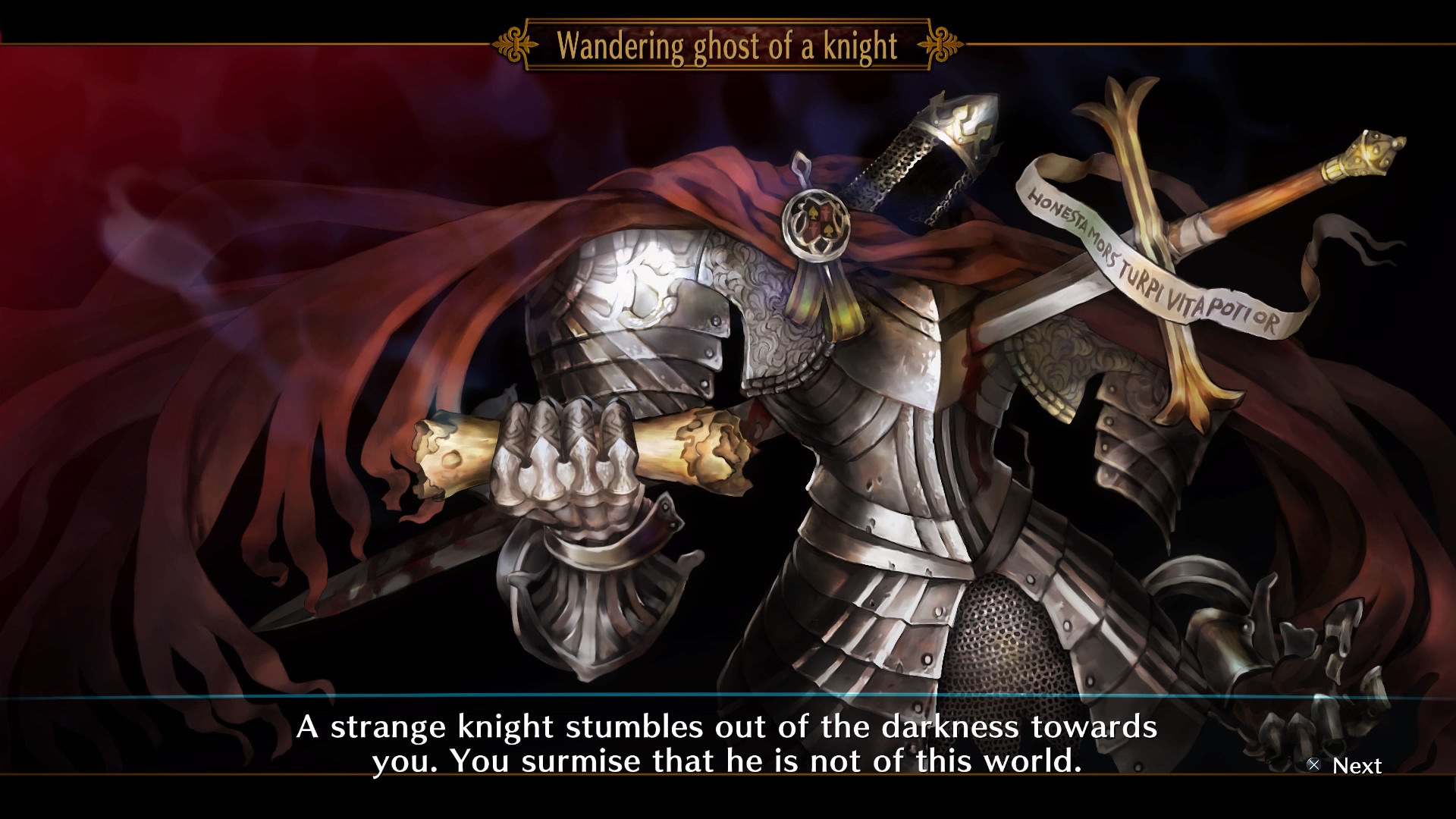 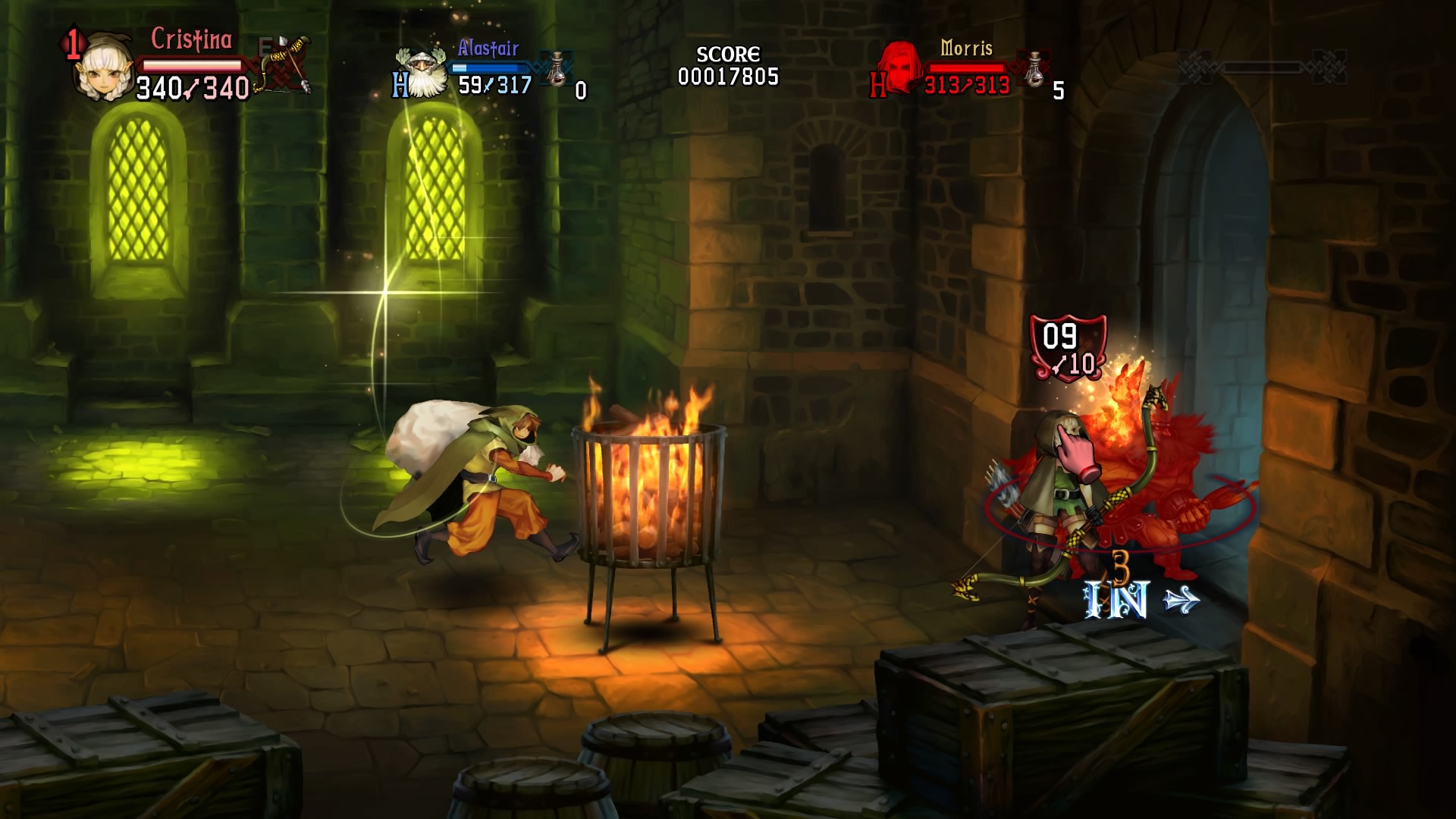 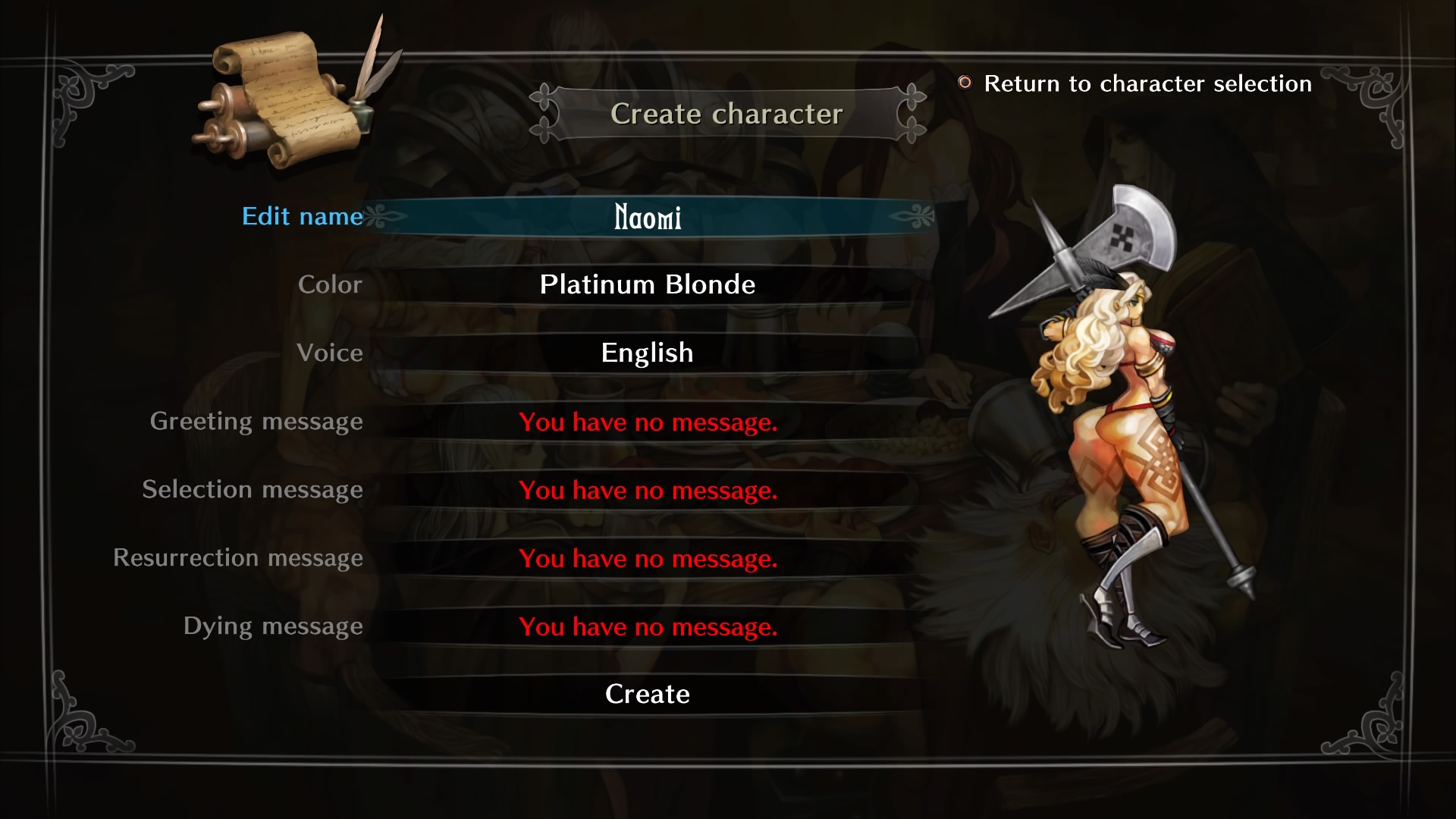 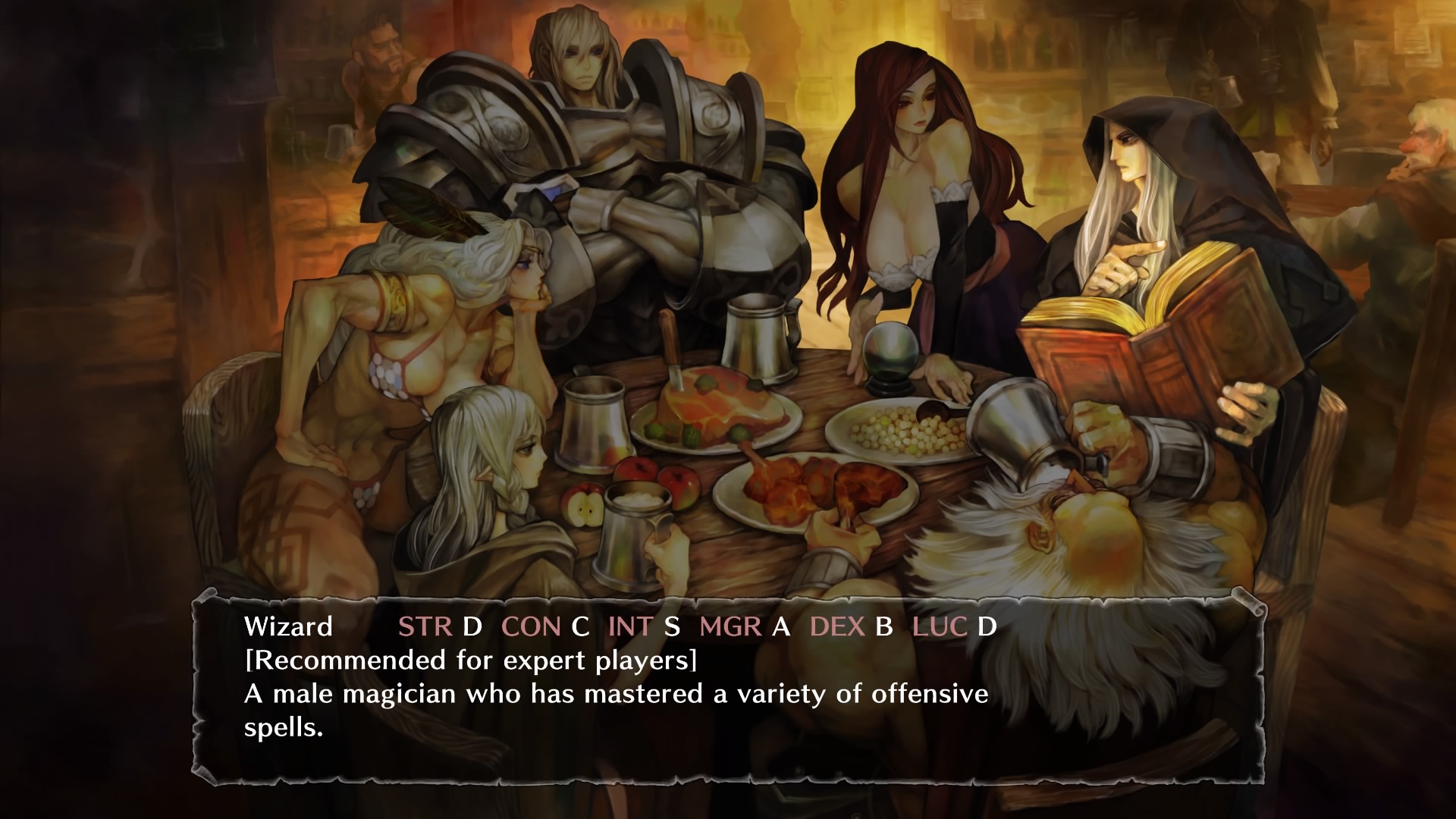 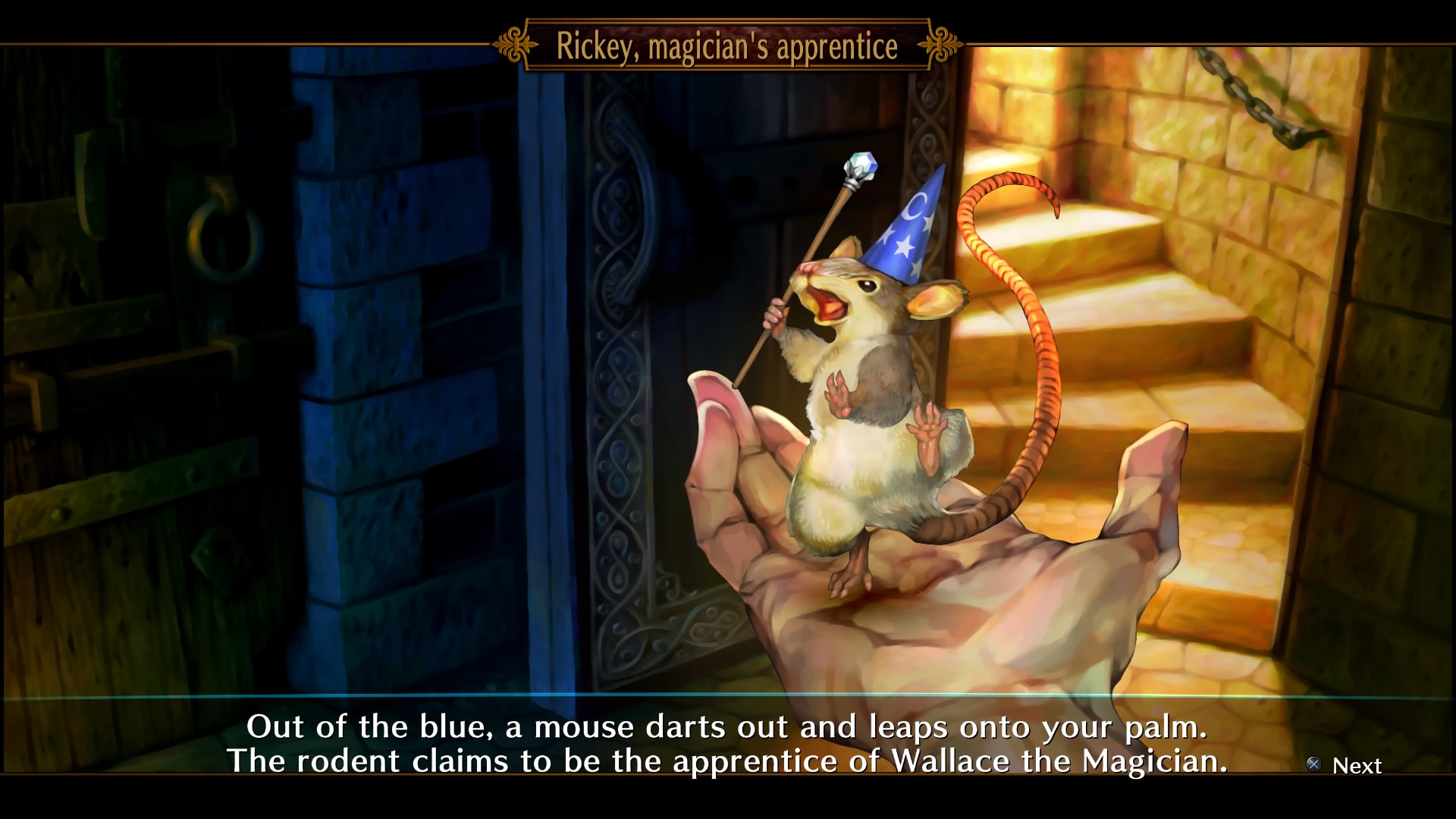 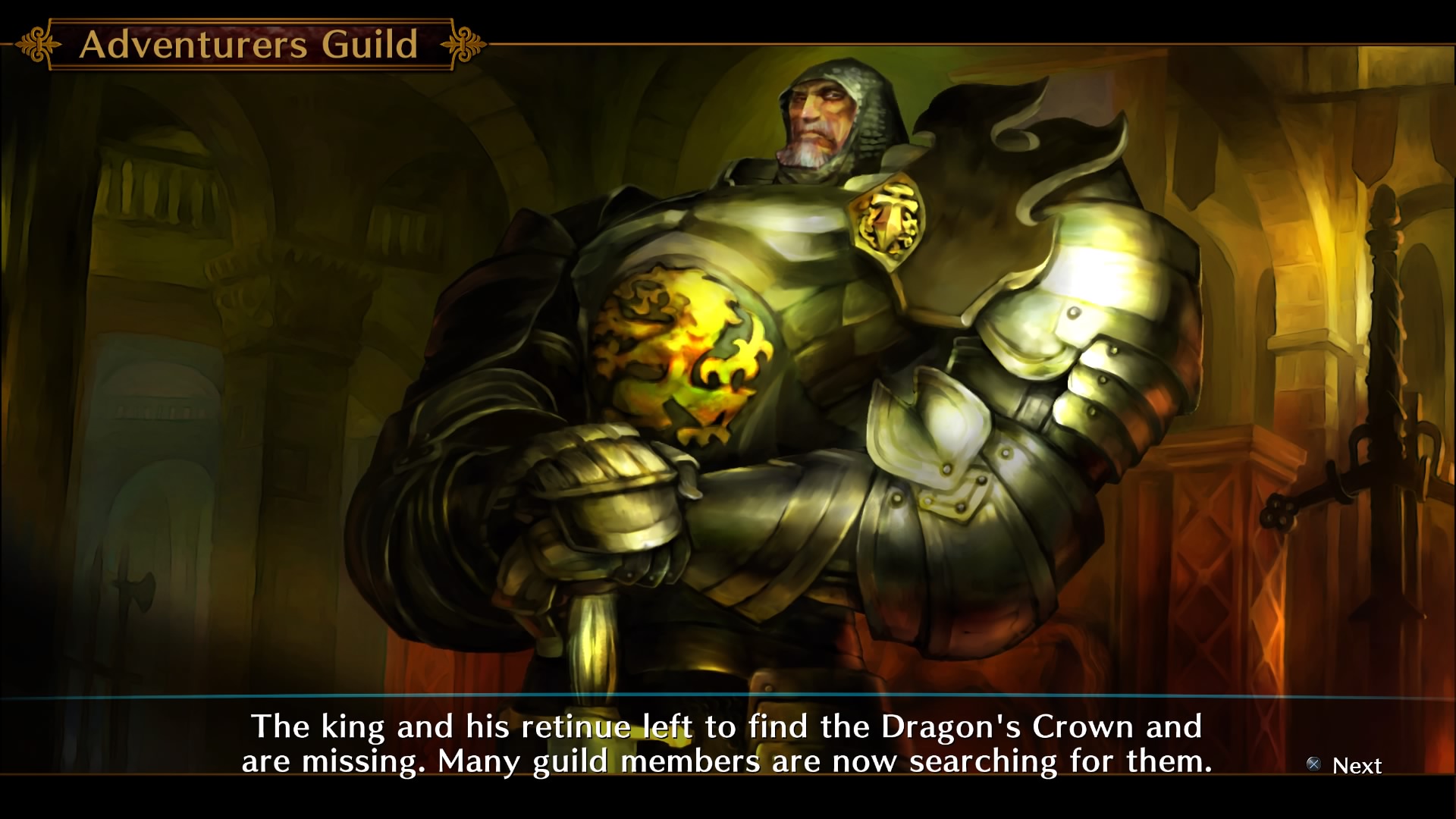 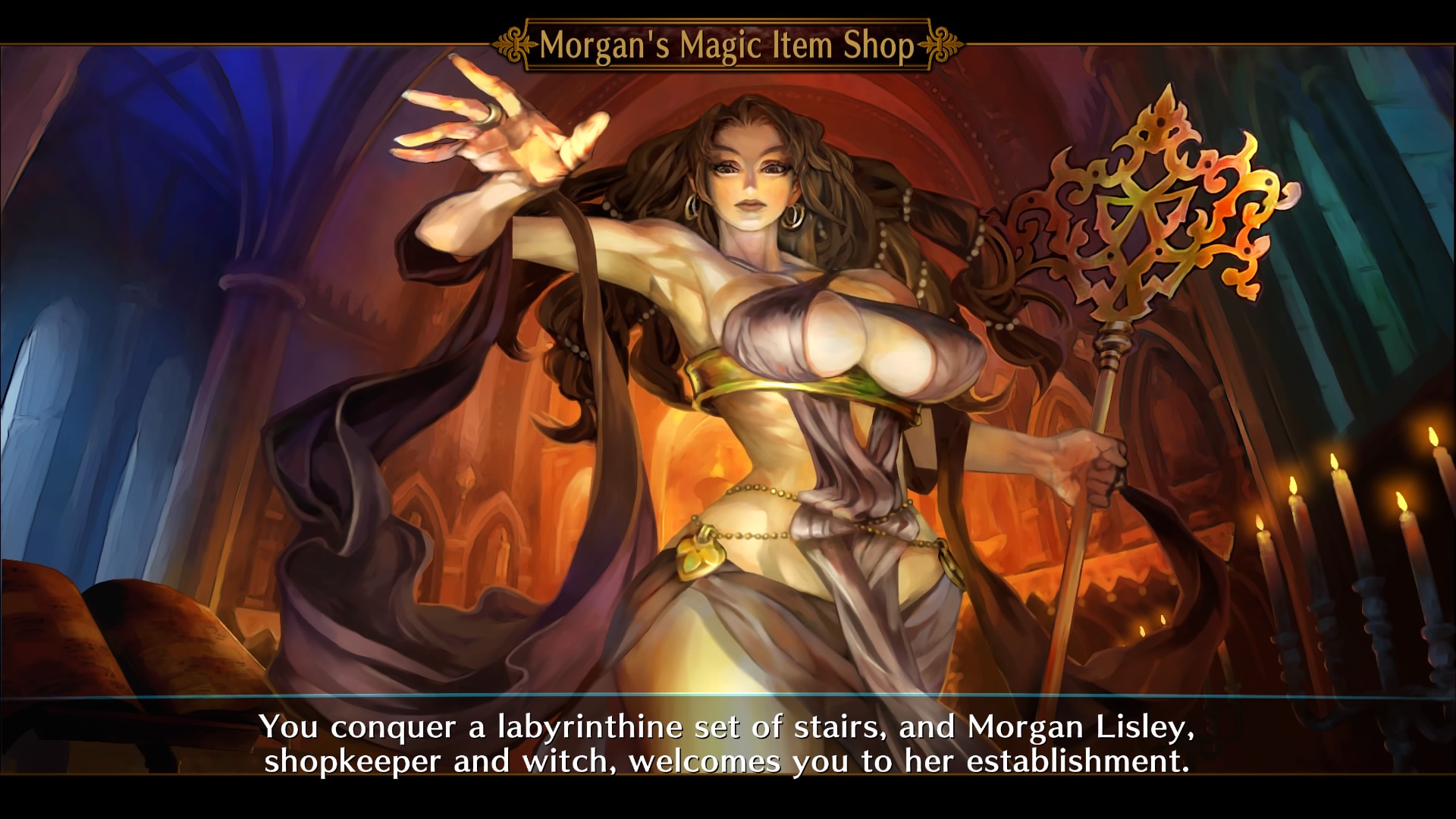 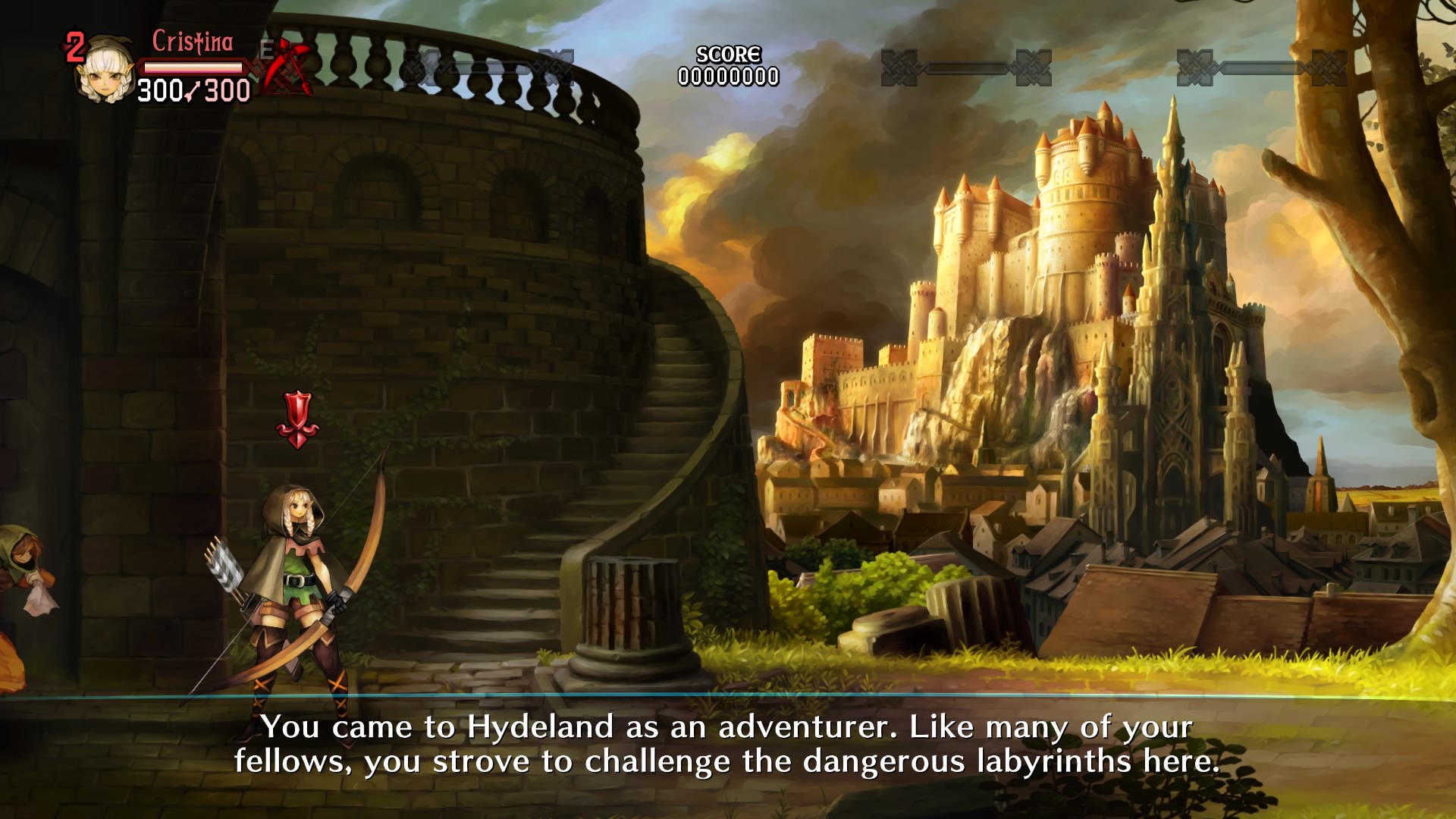 The PS4 release brings some nice, if somewhat unessential extras for those who played it on previous systems. Firstly, there is cross-save compatibility with previous versions of the game, so those who already have played it can pick up where they left off without losing progress. The lovely atmospheric soundtrack has also been re-recorded with a live orchestra.

All previous DLC, including many additional narrator voices, are present in Dragon’s Crown Pro. There is even some functionality for the PS4 controller’s touchpad, which allows the player to control a cursor in menus and direct your lock-picking assistant friend who opens chests and doors for you.

Dragon’s Crown Pro is an enjoyable throwback to the beat ’em ups of previous generations, with enough polish and depth thrown in to make it feel modern and enjoyable. I don’t know if it will necessarily convert anybody who does not enjoy this style of game, or who is turned off by the somewhat polarising character designs or simple world-building and characters, but if you can put yourself into that retro mindset and enjoy something that is not trying to be too complicated, then there is certainly enjoyment to be had.