Fallen Legion: Rise to Glory Review – Two ports are better than one

Over the last year, the Nintendo Switch has proven to be a fantastic place for video games to get a second life with a new audience through ported releases. Fallen Legion is a JRPG that you may not have heard of, but it released in two forms previously on the PS4 with Sins of an Empire and on PS Vita (remember the Vita?) with Flames of Rebellion. Both almost identical in terms of gameplay mechanics but with narratives tackling the same story from different perspectives, they’re now combined in this definitive package; Fallen Legion: Rise to Glory. Is it worth investing in this time around?

The story features Legatus Laendur and Princess Cecille on different sides of a conflict regarding the kingdom of Fenumia. There is a lot of in depth story here if you’re willing to read large amounts of text. From a gameplay standpoint, it’s mostly a string of battles within a mission, one after the other, broken up by some dialogue between the characters. This can make things a little bit samey after a while but the writing is at least solid, well translated and interesting.

Combat is clever, as you control four characters at once in real-time battles. Each character is assigned to one of the four buttons on your controller, and you have to move their positions, strike when they able to depending on their cool-down timers and manage their health as you battle with healing and reviving. You can get by with button-mashing initially, but there is an intricate combo system in play that is a huge benefit if you think things through tactically.

Combining characters and certain attacks in different ways allows for powerful blows, and some of the stronger enemies won’t go down without a good fight. It can be stressful but also very rewarding when you pull it off. There isn’t really a lot of tutorial to explain this effectively, however. I muddled my way through the first few hours with a real feeling that I was winging it, until I learned (often the hard way) which route I should take to be the most successful. 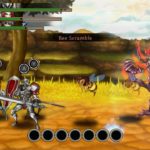 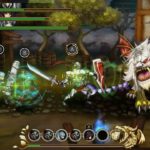 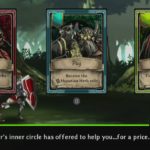 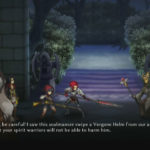 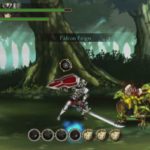 As you play, you’ll be thrown decisions affecting the Kingdom that will impact you; some in immediate fashion with stats boosts and buffs, others that have larger long-term affects on the story at large. Something as simple as whether or not to punish a citizen for stealing bread for their poor children or to decide on the long term affects of a political dispute broke up the combat with a quick pause for thought; do I take advantage of the real incentive to increase my strength when a tough battle is around the corner, or should I do the righteous thing? How you handle the larger disputes causes ripples in the storyline that I appreciated.

The hand-drawn art style is also gorgeous, and is well suited both in docked and handheld mode. I think Fallen Legion is a franchise that is more suited to playing when on the go, with chapters relatively short. Rise to Glory also comes with both English and Japanese voice options, a real plus for purists, although I have to say the English voice performances didn’t make me cringe like they usually do in this genre. This definitive collection also includes new characters, new levels and a brand new difficulty mode, making it worth another go around if you enjoyed it already on its previous platforms.

Fallen Legion is a little hard to explain until you’ve played it for yourself, but the combination of addictive, clever combat, interesting story and a new spin on choice-based mechanics makes it worth a look. The hand-painted art style is really gorgeous and the audio is strong throughout from performances to sound effects and soundtrack. It doesn’t necessarily shake all of the tropes of the genre that are present, but that doesn’t take away from the solid experience in front of you. Considering Rise to Glory includes both of the previously released stories in a package with additional content, it’s a neat proposition for Switch owners who are thirsty for some new JRPG gameplay.