Floor Kids is an original concept in the world of rhythmic gaming. The brain child of Montreal-based animator and former bboy JonJon, Floor Kids first started as a series of short animated films featuring the original music of Kid Koala. These animated shorts were shown online and also incorporated in many of Kid Koala’s live concerts. From there it progressed faster than the beat could drop, JonJon and Kid Koala joined together with Envision and Hololabs in 2014 to create the Floor Kids video game. The game is based in the pre-existing Floor Kids universe and is made truly unique by being a break dance rhythmic video game. That uniqueness is furthered by its 2D hand-drawn characters which I instantly became enamoured with, and its innovative controls that whilst complex manage to make you feel like you’re dancing along with the character.

Before you take your first steps into the world of break dance, one thing is perfectly clear the moment you load up Floor Kids. This is a game that is a labour of love and it’s a game that unlike predecessors of the beat/rhythm genre, there are no set rules to follow here. This hip-hop and breakdance-inspired rhythm game is a breath of fresh air in a genre surrounded by games such as Parappa the Rapper, Rock Band, Bust A Groove and Space Channel 5 which throw notes at the screen at dizzying speeds. Floor Kids gives you no combo mashing sequence of buttons to push, leaving it entirely up to the player to move in rhythm to the soundtrack. It dares to clear the ground for improvisation so as to better stick to the concept of break dance.

Getting into the game itself Floor Kids comes with three game modes, Story Mode, Multiplayer and Infinite Mode. In story mode you’ll choose a character and dance your way across the city adding more bboys and bgirls to your crew as you go. Multiplayer will see you go head to head with your friends in local play in a serious dance battle. And finally Infinite mode is exactly as you’d expect from a name like that.

However, before you can take part in any epic dance off battle to rule the world, you’ll need to pick a bboy or bgirl to help get your crew started. With an impressive array of characters to choose from: Noogie, Scribbles, O-Live, Ruckus, Hiyo Ono, Bizzy, Snowshoe and  Saboya. There’s sure to be someone for everyone.

All the above mentioned characters also come with varying strengths and weaknesses in the 4 types of dance abilities (toprock, downrock, power and freeze) needed to become the ultimate dancing force.  With 6 moves and over 100 transitions unlockble between them, its up to you to decide who you’ll take into battle! Just remember that depending on the performance, one character might be better suited than another.

“In ‘real life’ I have about as much dancing ability as a baby elephant trying to do that famous Catherine Zeta Jones laser scene from Entrapment.”

It’s not all about having the right look to lay down some wicked dance moves, you actually need to do them as well. Now in ‘real life’ I have about as much dancing ability as a baby elephant trying to do that famous Catherine Zeta Jones laser scene from Entrapment. But here in Floor kids I actually felt like I was capable of holding my own amongst the best of them and had some semblance of natural rhythm.

Like I said at the start of this review, Floor kids doesn’t give you any set out combos to follow or a bunch of direction commands to push in time with the music. Instead it’s more interpretive than that, allowing you to dance to the beat and create your own combos in a true breakdance style. Now like most rhythm and fighting games, you could simply start mashing buttons to the beat and you’d find that you do actually dance quite well this way, and it will allow you to squeeze by each of the game’s levels with a few stars. But the real fun in the game and its true beauty comes from taking the time to learn combos, string them together, add your own personal flare, and start making each performance a show stopper.

Mechanically, Floor Kids is pretty well crafted. Whilst I had very little to complain about during my time playing, it did have a few snags. Amongst which was all songs, whilst only a couple minutes long, contain a specific section that requires you to actually follow a set command list. This would be equivalent to what would be the solos in Guitar Hero or the freestyle section in Just Dance.

Here I was required to press the button in a sort of X marks the spot fashion, according to the rhythm. Whilst interesting, these sections ended up being more annoying than anything else as they simply broke any major dance sequence I was previously performing and forced you into that section. They seemed disjointed by comparison and personally I felt these “breakdown” sections needed to be done away with or implemented in a more interesting way, such as to allow a more fluid gameplay, without the unnecessary pauses or inconveniences. 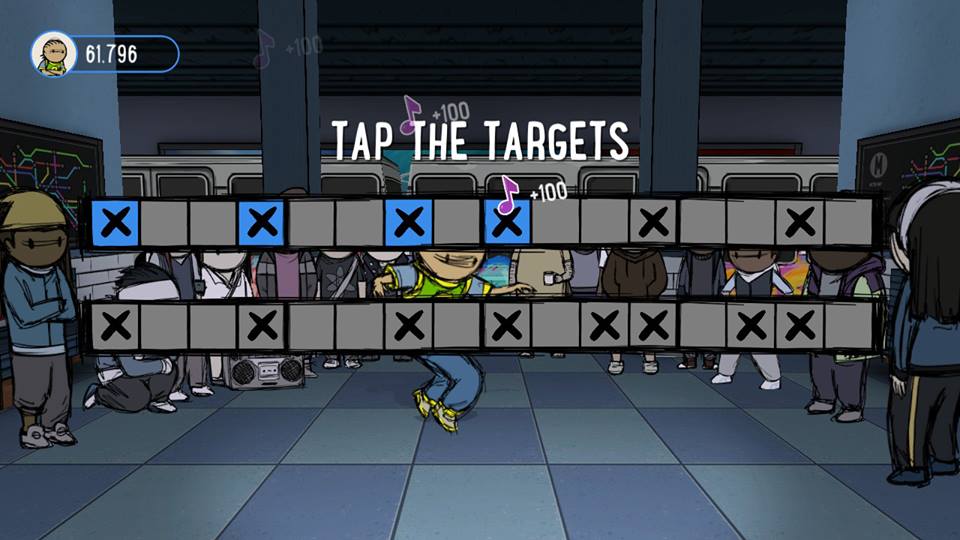 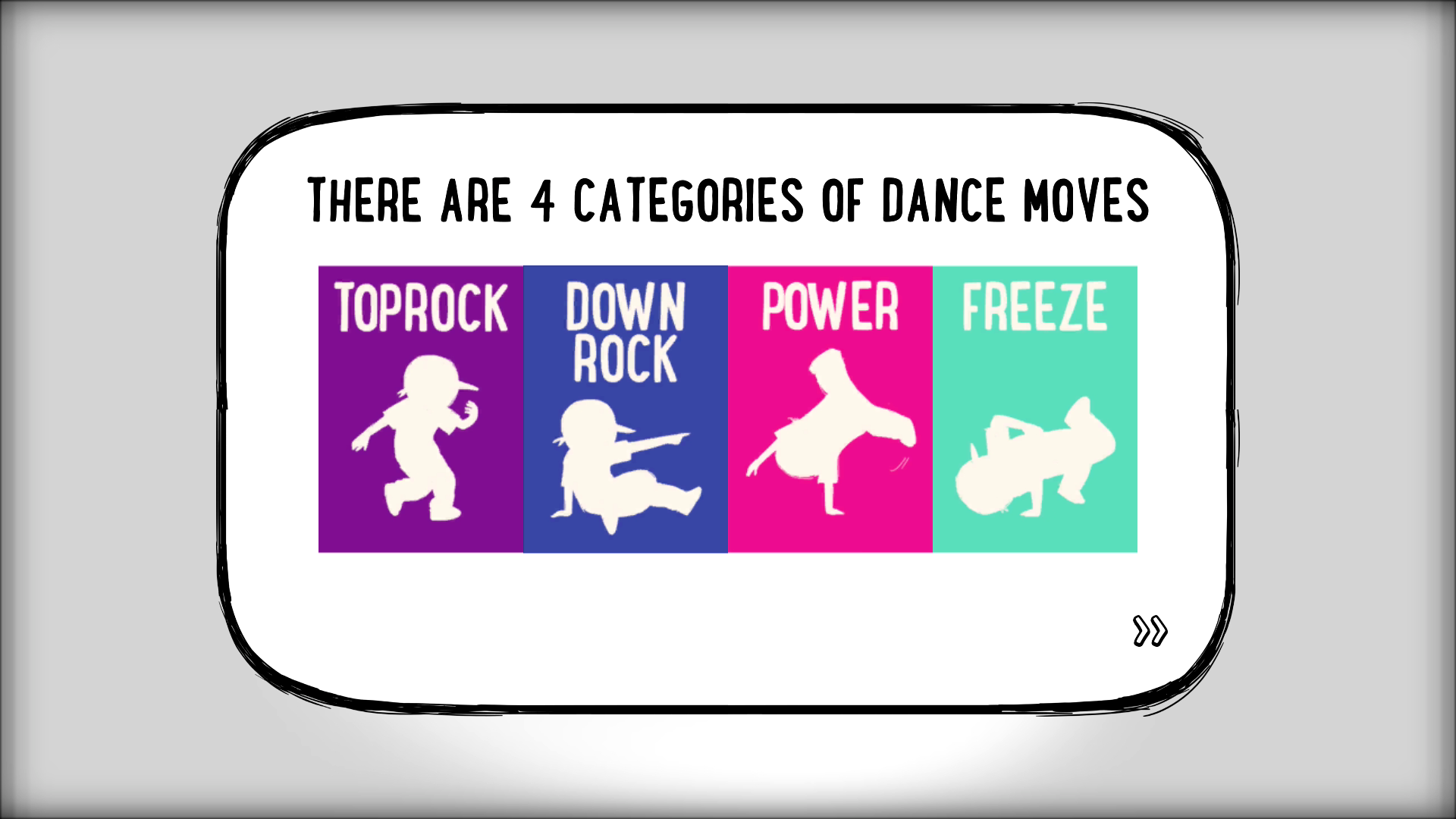 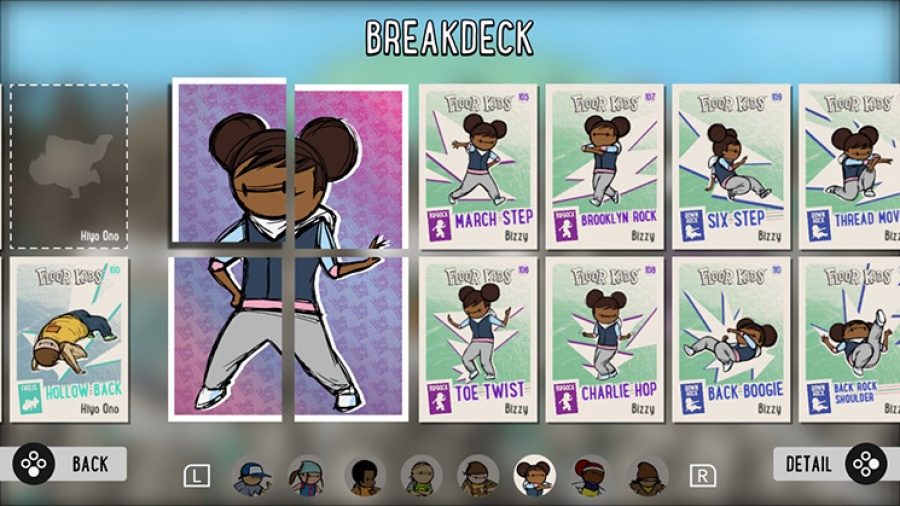 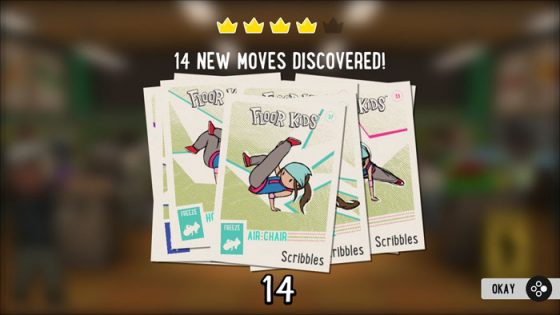 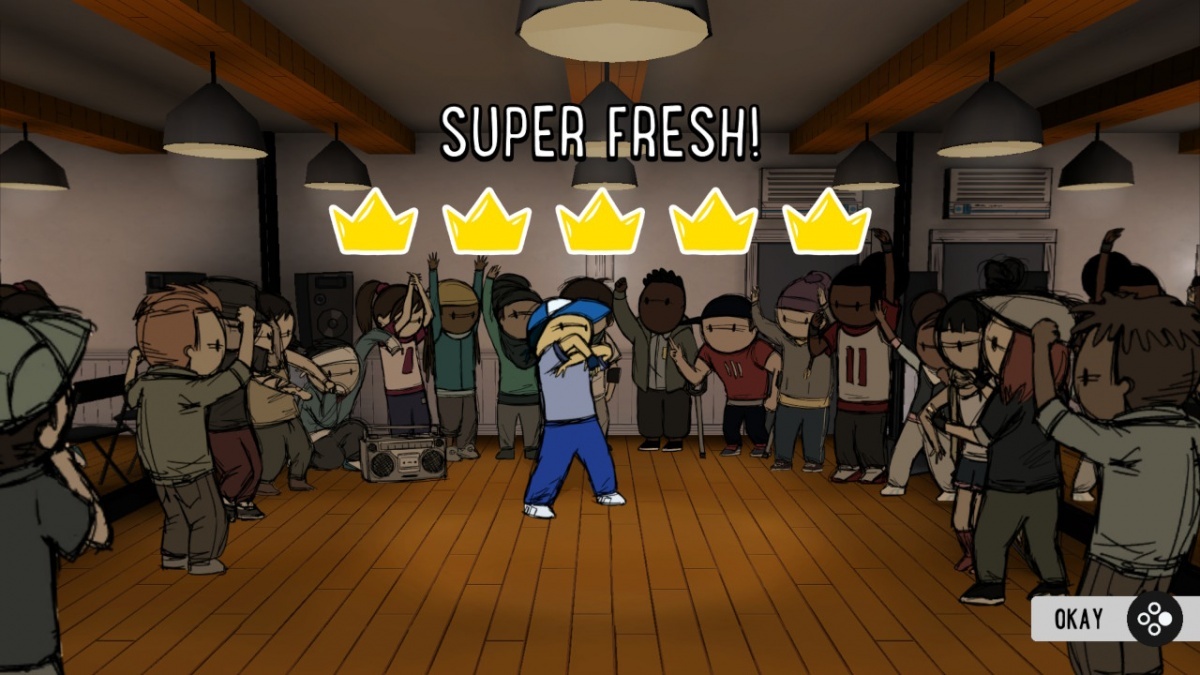 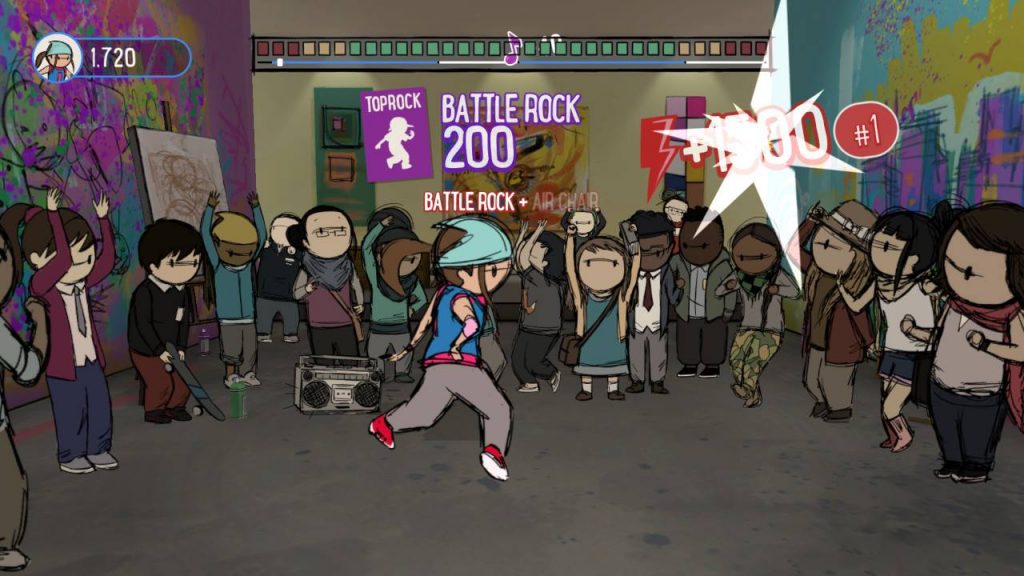 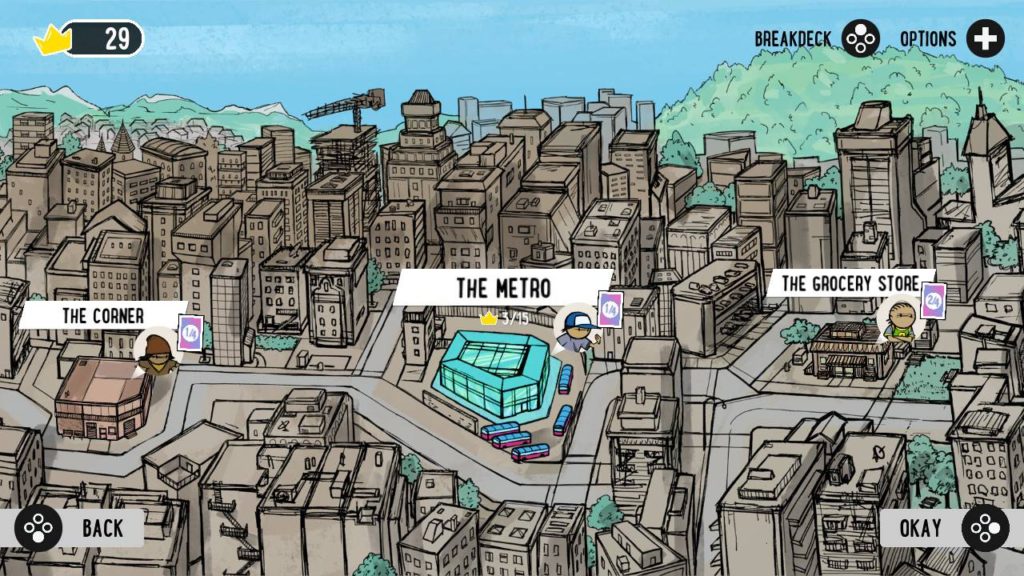 Overall it took me around 4 hours to complete Floor Kids unlocking the game’s stages and characters as I went into its single player mode. Like most games in the genre, the bulk of your bonus hours will be put in post-campaign, this is when you will go back to try and better your scores or 5 star each of the stages.

There’s also the added hours you’ll spend building up your skills in Floor Kids’ infinite mode for when you finally take your break dancing skills to the street and battle your friends in the game’s local and incredibly fun multiplayer mode. I had great fun playing this mode with my friends when they came over or out and about. Just remember, you’ll need to bring your sickest moves and best combos, but above all be prepared to face off and take turns throwing down to the killa beats of Kid Koala.

I’ve highly enjoyed my time as a bgirl in the world of breakdance, Floor Kids offers up a refreshing dose of interesting and original gameplay within the rhythm genre. It’s game mechanics leaves room for players to experiment with improvisation whilst still enjoying that classic rhythm game feel and I definitely recommend this game for fans of the genre. Sadly though, for all its uniqueness I fear that Floor Kids will inevitability suffer that curse of all rhythm games in that repetitiveness comes all to soon. You may find that once you complete the games main campaign this will be one game that will only get brought out at social gatherings.