Players drop into dreary Pacific Northwest America as up to four different personalities in Holospark’s Earthfall, searching for salvation while fighting off hordes of an alien invasion. The co-op First-Person Shooter (FPS) leads through ten linear levels of extra-terrestrial carnage, innovative defence building, and… not much else.

10 years ago Left 4 Dead graced our screens with a small concept. Satisfying gameplay, easy controls, and a simple narrative contribute to the late 2000’s success. The series consistently inspires the horde-murdering genre including the impressive Killing Floor and Warhammer: Vermintide, both building upon the original idea. Holospark’s Earthfall is the latest game to enter the genre aiming to perfect the formula. Beginning as a premature Early Access title, the game has gone through continued development and is now optimised and running smooth. However, the largest issue for the game is its lack of flavour and content when compared to competing titles.

The team-based action found within the game features your typical arsenal of weaponry alongside the addition of grenades, handy turrets, and useful barricades for fortifying outposts. 3D printers are periodically available providing new weapons to switch load-outs or replenish ammo. These tools will help you to defeat the standard alien enemy and take on a variety of more challenger foes akin to the ‘special infected’ found within Left 4 Dead.

The Whiplash is one of these more difficult alien types and it looks a bit like the creature from Stranger Things, picking off an ally and carrying them away from safety. There’s also acid-spitters, exploding Bloaters, Hunter type creeps, and anger-pulsing Enragers. Two boss enemies occasionally shake things up: a carbon-copy Tank, if it was the offspring of the Evolve Goliath, and the squid-like Blackout, who has three revolving electric shields players must blast through to overcome the teleporting beast. Despite fitting textures and design, the latter is about as creative as the cliché enemy types get.

Unfortunately the weapons and enemies leave much to desire in the sound department. Guns feel about as powerful as a tin can and enemies don’t have distinct or terrifying squeals, besides the boss species. A lack of imaginative sound design really stands out and hurts a lasting impression. The ‘Witch’ cry of Left 4 Dead, the incredible soundtrack of Killing Floor, and the score of Warhammer: Vermintide all echo within our minds. Earthfall’s only interesting sci-fi effects come from the Blackout, the newest enemy. Hopefully, future updates will help achieve an absurd alien audio environment.

The sci-fi angle does luckily deliver a few unique ideas. The Valkyrie Rifle incinerates any alien scum in your path while the Arch Grenades shock all within range offering an electrical helping hand. Turrets are nifty machines that quickly become the biggest damage dealer in large hordes. The issue is there’s no intriguing story to back these intricate creations. Where do the Valkyrie Rifle and Arch Grenades come from? Are they powered by certain alien types or creations of the Earth’s defence forces? These simple details would benefit the game incrementally, helping to form lore for the game rather than relying on an otherwise bland futurism narrative.

“It’s not easy to survive solo or without proper coordination and the feeling of achievement once completing a standoff is satisfying.”

The most interesting element of the title is the defence hold-out sections where the linear levels temporally turn into critical teamwork scenarios. Each area differs in strategy. For example, the garage on Chapter 1, Level 2 has an abundance of barricades to set up around the many entrances and two manned turrets to take down the powerhouse boss enemies. Players are then tasked with completing objectives nearby to get a comical van running and escape the area. Another section involves blowing open a shelter door with thermite and defending a small but open area with turrets, a few barricades, and gas canisters. These scenarios create tension which breaks up the linear flow of play. It’s not easy to survive solo or without proper coordination which makes the feeling of achievement once completing a standoff so satisfying. If Earthfall does anything better than Left 4 Dead, this would be it.

Playing with annoying AI isn’t ideal. It lacks intelligence and can’t complete objectives, wandering behind and snatching first aid and ammo before the player picks it up. In the middle of an intense firefight and after taking some damage, a bot controlled character may hinder the player to heal them. Talk about killing with kindness. Additionally, the characters are constantly spurting dialogue regardless of who is controlling them. Screaming about a certain enemy in the area or crying for ammo, the consistency is almost distracting. Despite competent voice acting for an indie title, the writing is uninspired and repetitive. Early games in the genre may get away with similar features but Earthfall needs innovation, not imitation to stand out in today’s market. 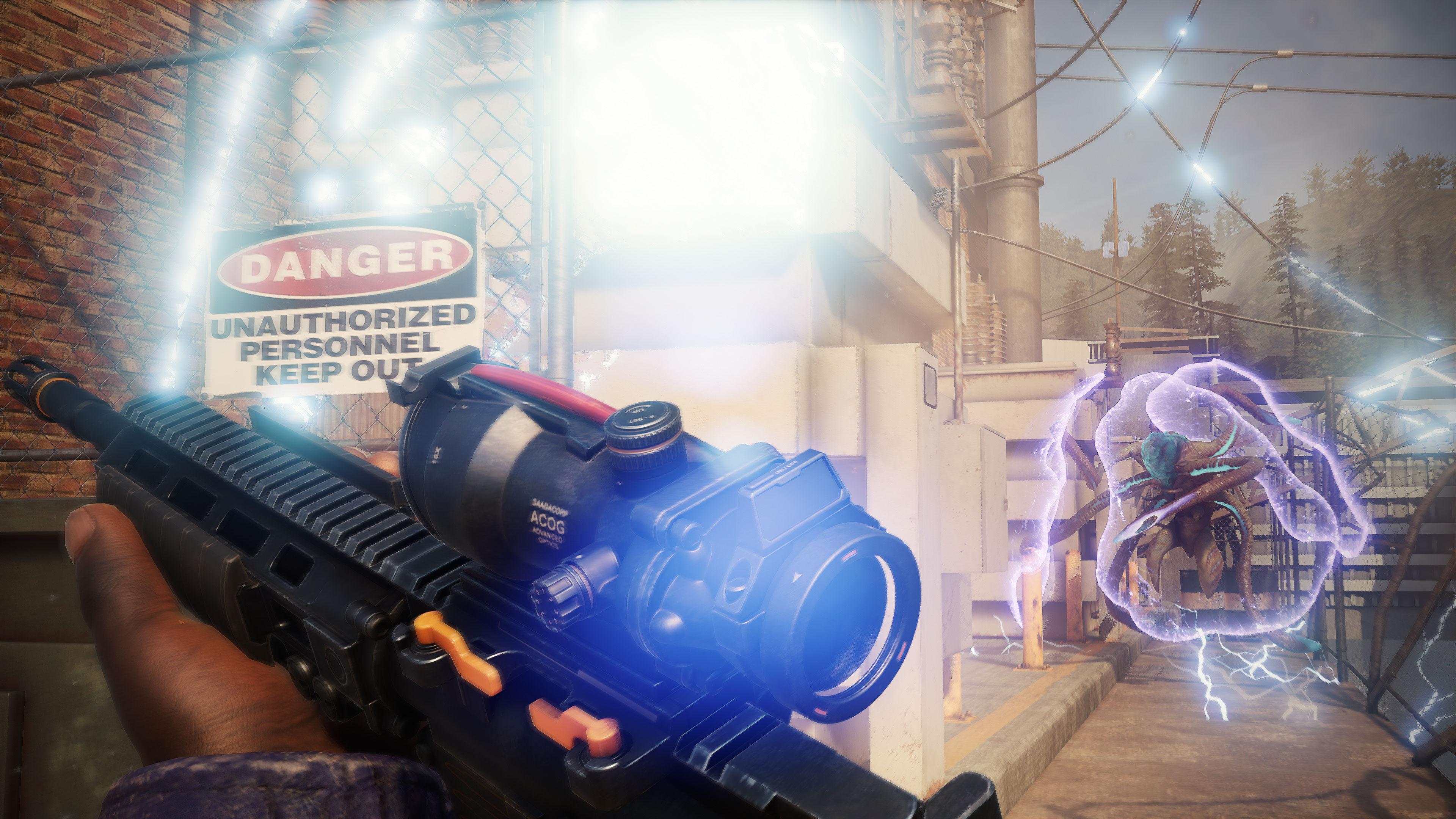 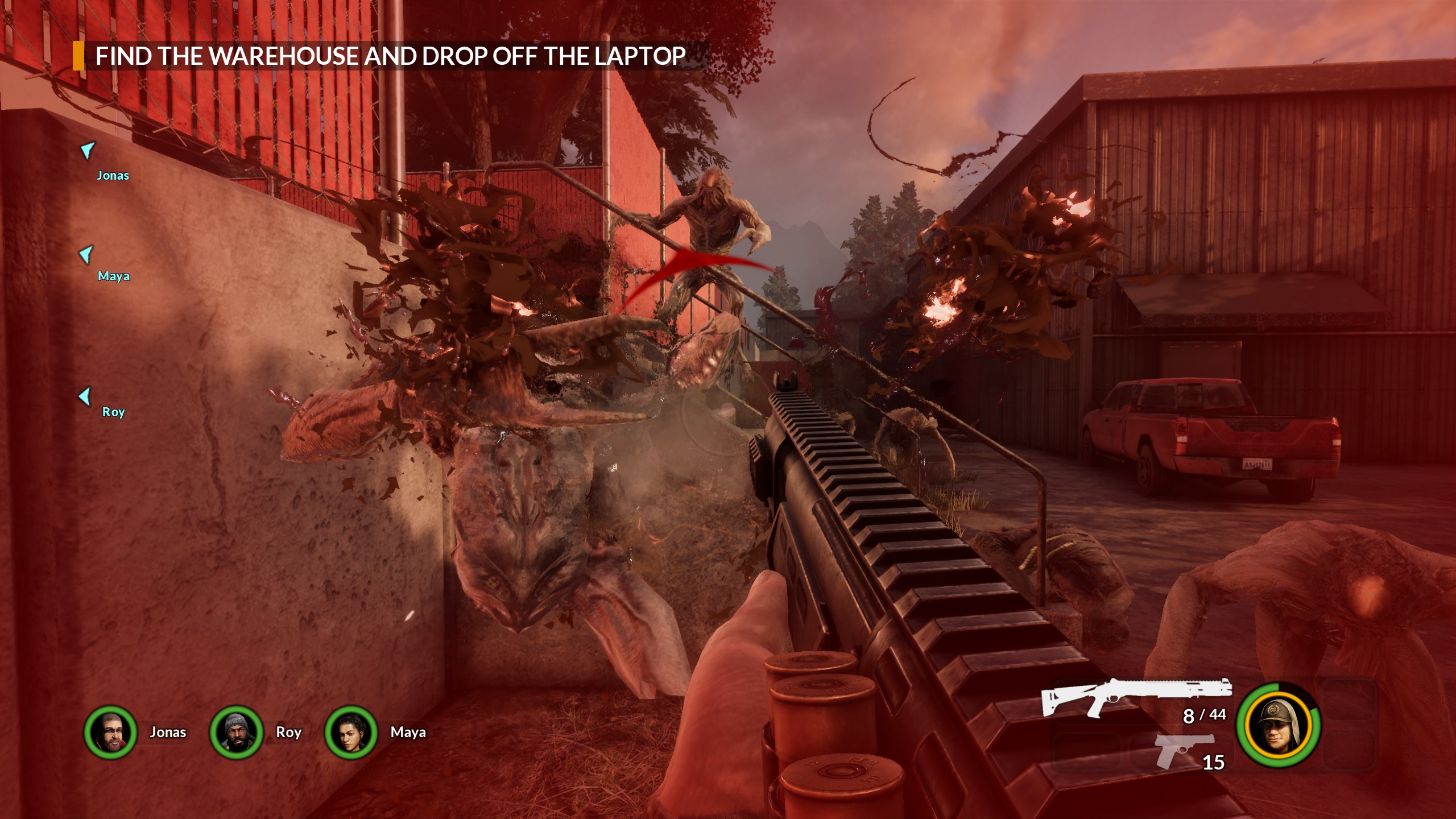 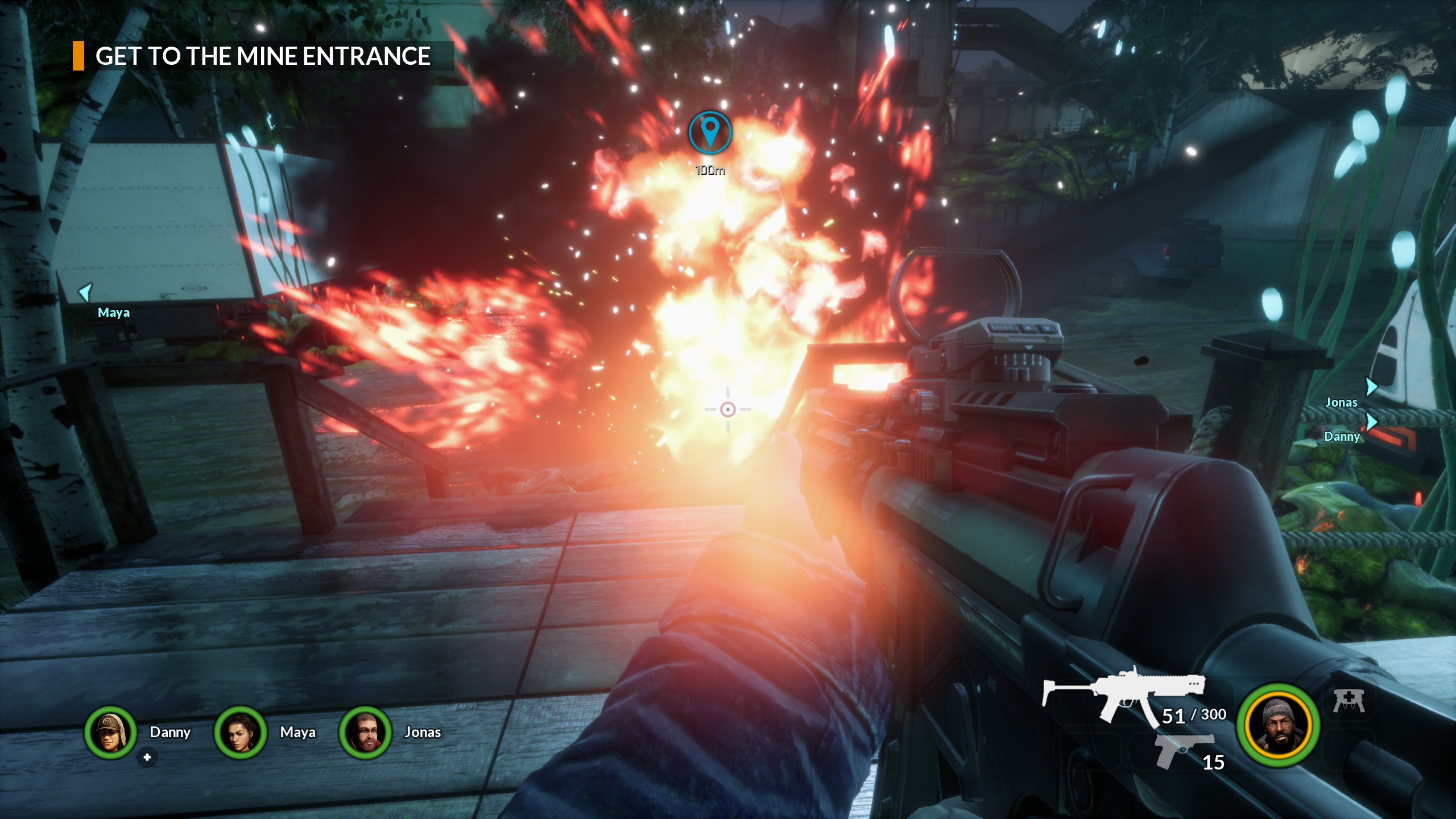 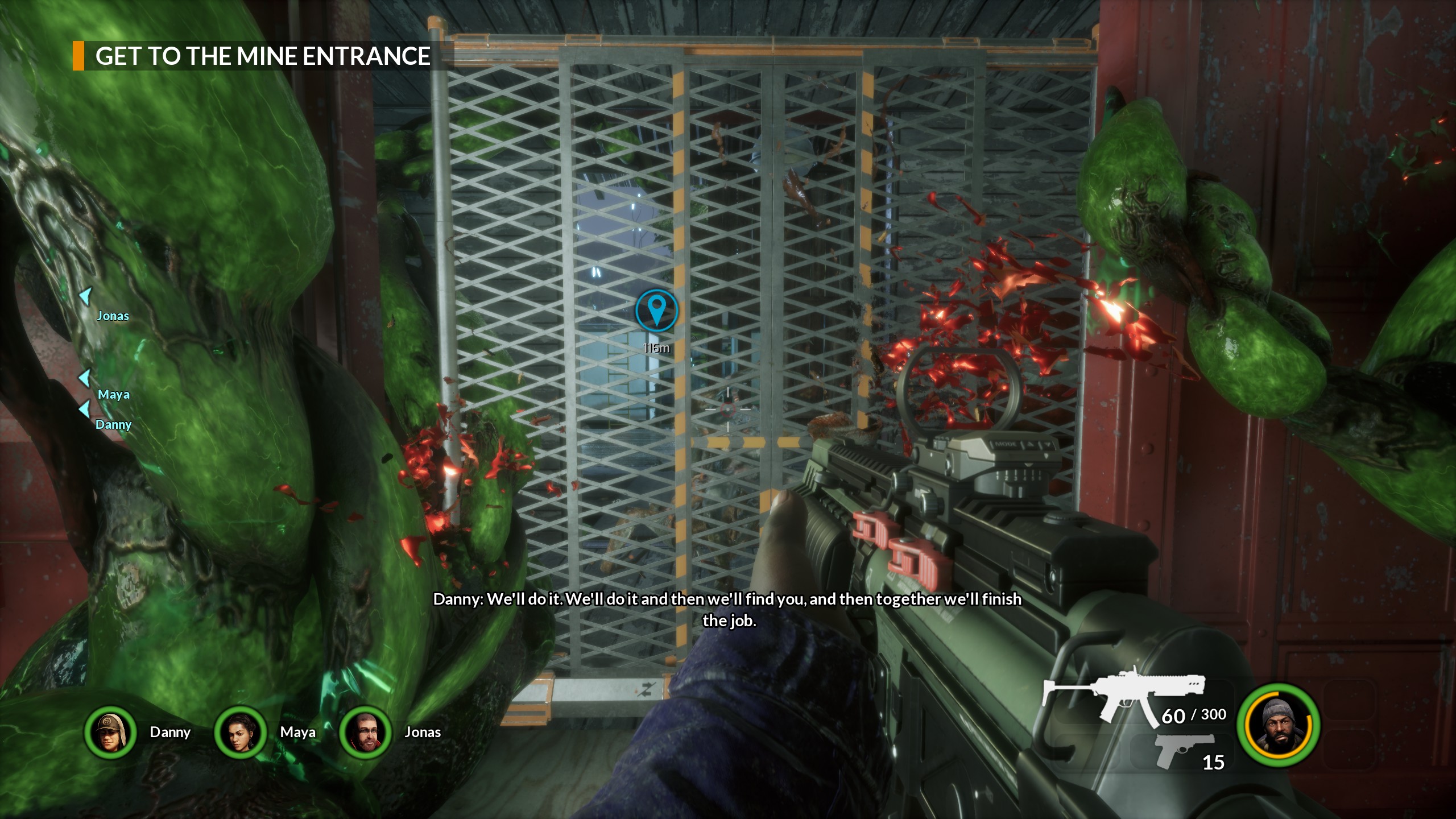 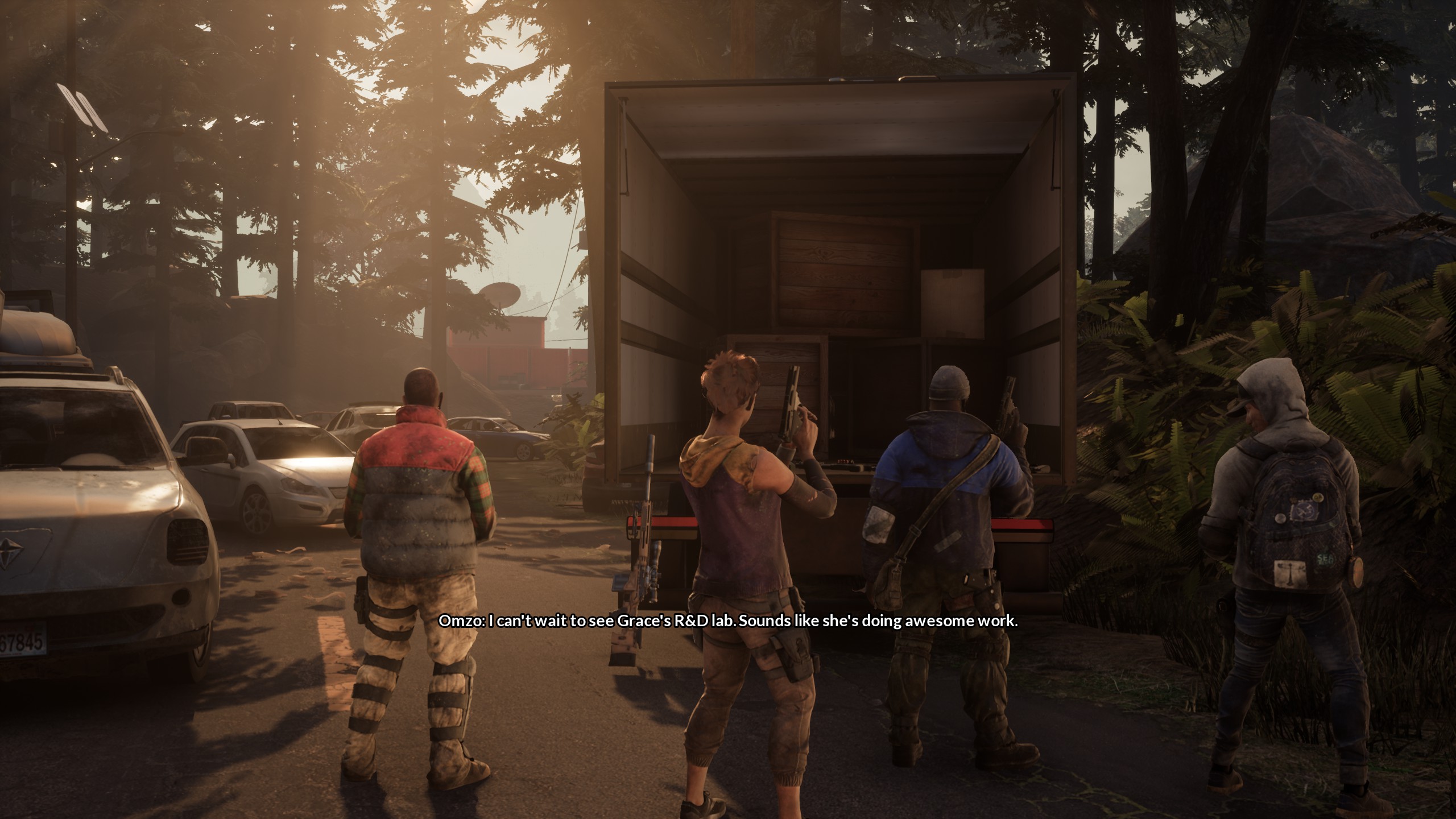 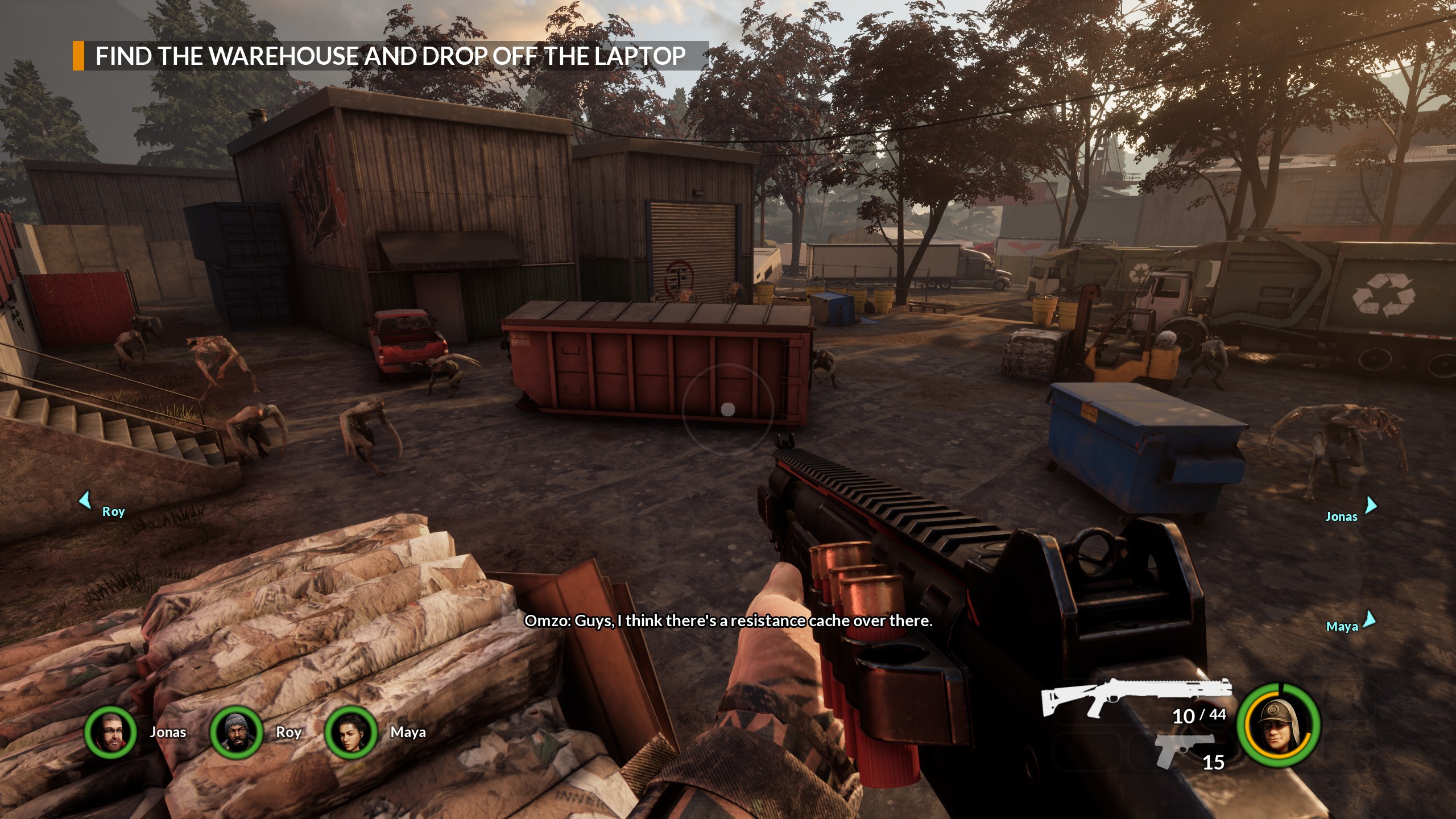 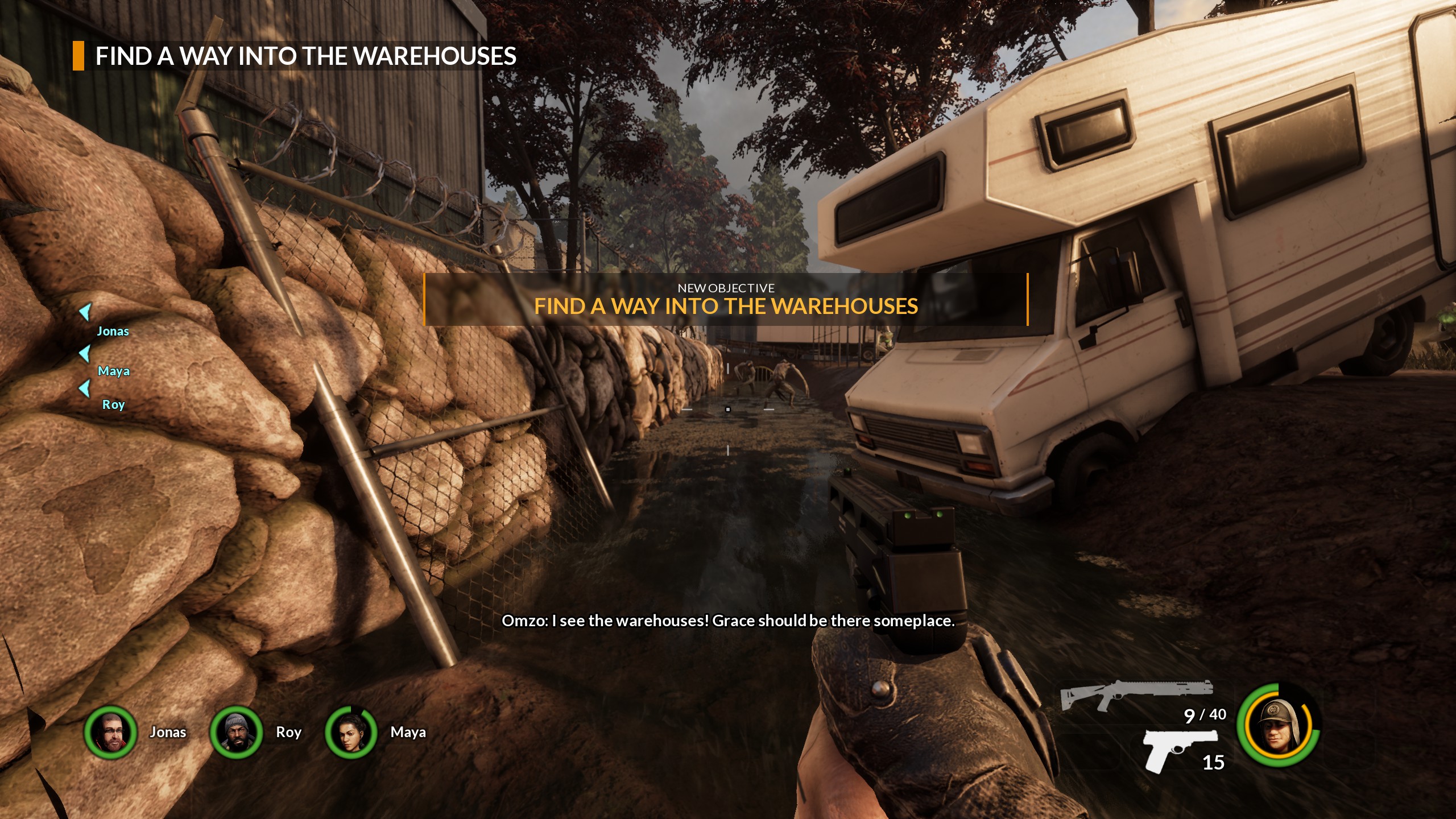 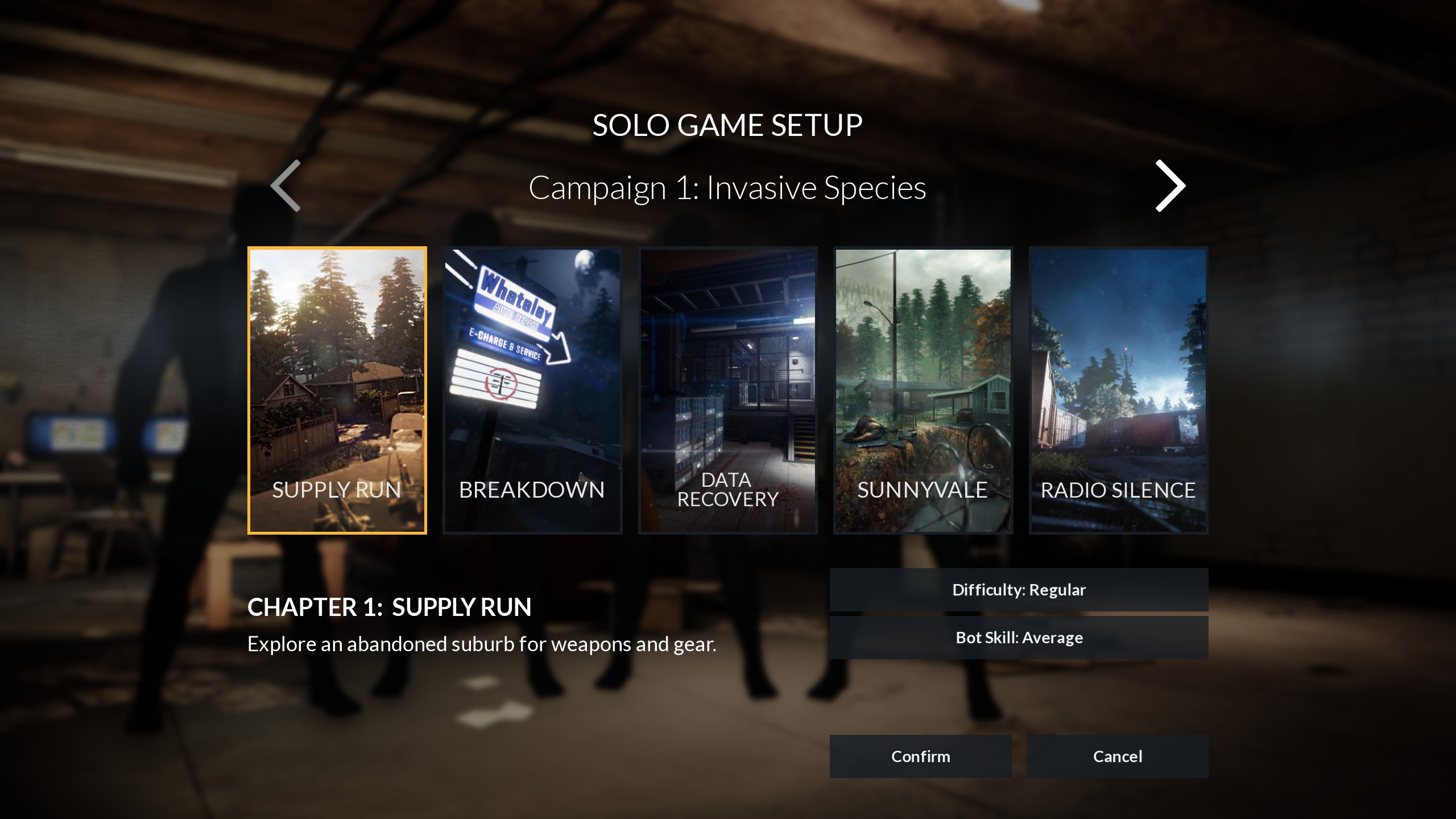 Selling at ~$30 USD, Earthfall does what it aims to do, yet doesn’t probe deeper. Right now, it feels like an alien skin-swap of older games and won’t stand the test of time. Although, Holospark will graciously offer free downloadable content and multiplayer add-ons in the future. With desired additions and fixes, this game can go from previous-gen typical horde shooter to its own modern classic. The game is available on Steam, Xbox One, and PlayStation 4.