World of Warcraft: Battle for Azeroth Review – Back to basics

A little housekeeping before I get into the nitty-gritty. I play alliance, a Dwarf Hunter, on an Aussie-centric server. My experience is probably very different to many who will read this, and that’s what I think makes World of Warcraft shine. I stepped away from WoW a few years ago, so I spent a few weeks playing catch-up with some content I missed. I feel I gained a solid grasp on what’s happend, but certainly did not get to see everything that was introduced in the Warlords of Draenor and Legion expansions. With that out of the way, I’ve got some things to say.

The expansion kicks off with an explosive cinematic campaign that introduces the key players, stakes, and overarching narrative. For new players, there is an optional re-cap of the major Legion events too. Azeroth has a very large wound in the form of a galactic sword sticking out of it. The titan Sargeras impaled Azeroth with said sword, and as a result Azerite (the world’s blood) has begun spilling from the wound. Sylvanas Windrunner and her horde armies are clamouring to obtain as much of this blood as possible, while Jaina Proudmoore, King Anduin, and the rest of the alliance crew are working to stop the horde from gaining too much power. To do so ,the Alliance must travels to Kul Tiras with hopes to muster support for the battle against the Horde.

BFA pre-patch included the Burning of Teldrassil, the Night-Elf hometown, in which the heinous Sylvanas Windrunner burned down many innocent civilians while you tried to save as many as possible. The Battle for Lordaeron followed, which was the alliance’s counterattack against Undercity (Undead hometown). Sylvanas again showed that she gives zero f*cks about anyone, and unleashed ‘The Blight’ on friend-and-foe alike, killing them and transforming them into reanimated corpses. She then throws a tantrum and detonates Undercity with another round of the ‘Blight’.

Basically, Sylvanas sucks, and she needs to be stopped.

The alliance quest-line takes you through Kul Tiras, a nation oft-mentioned but never-before-seen in the World of Warcraft storyline. The three questing zones are Stormsong Valley, Drustvar, and Tiragarde Sound, and all have a lengthy and dynamic narrative to dive into. Out of the three zones I enjoyed Drustvar the most, with its woodlands and coastlines afflicted with curses from ancient witches and woodland demons. The whole area had an Amityville-horror-meets-The-Witcher-3 vibe and I loved every moment of it; hunting ancient spirits, taking down mutated beasts, and purging curses from villages. A close second is Tiragarde Sound, with a sprawling pirate narrative that adds espionage and demolition instances into the quest-lines for welcome, if a little jarring, change of pace.

“I don’t care if little Penny gets taken by the pirates, I don’t want to do this escort mission…”

MMORPGs often struggle with quest variety, with most generally falling into fetch, kill, and escort types. Battle for Azeroth does a good job of throwing some different flavours into the mix, with recruitment, exploration, and treasure hunt-style quests peppered into the narrative. The biggest letdown with questing across these zones is the over-reliance on escort missions. No one likes them, they should go away. I don’t care if little Penny gets taken by the pirates, I don’t want to do this escort mission. The greatest offence comes when you have to escort a drunk wannabe pirate named Flynn; a 20 minute trudge that indicates that someone on Blizzard’s narrative team is a sadist. 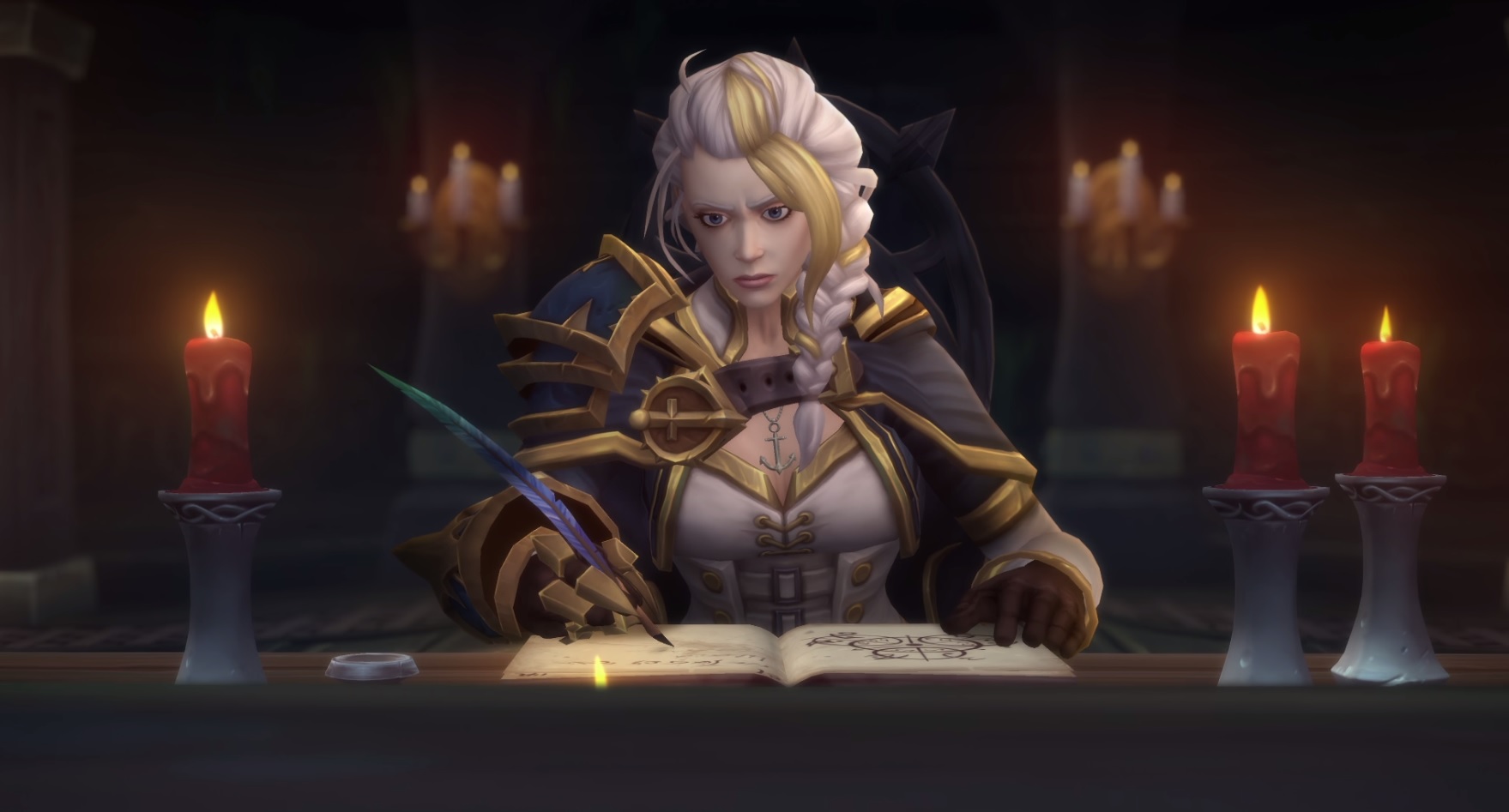 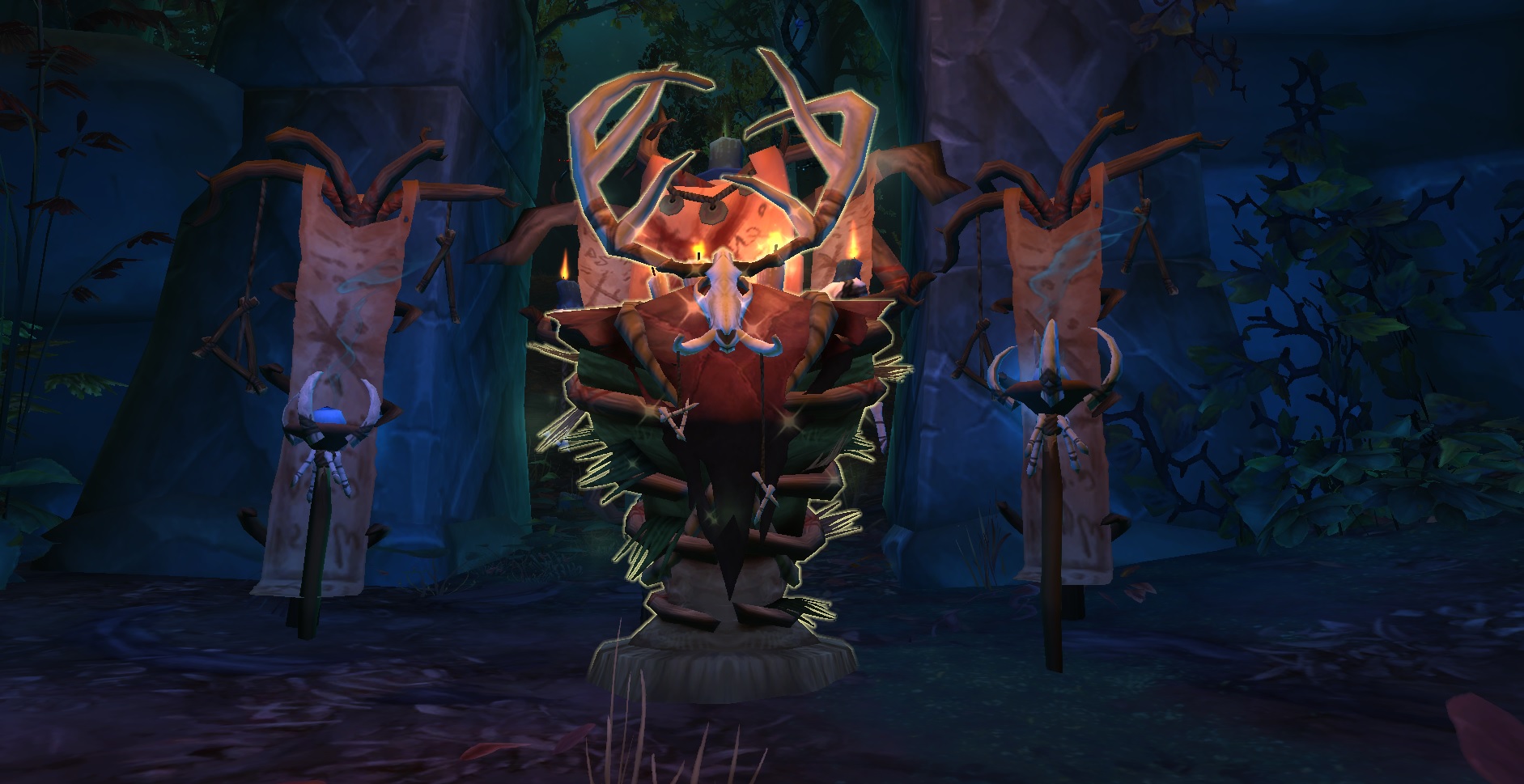 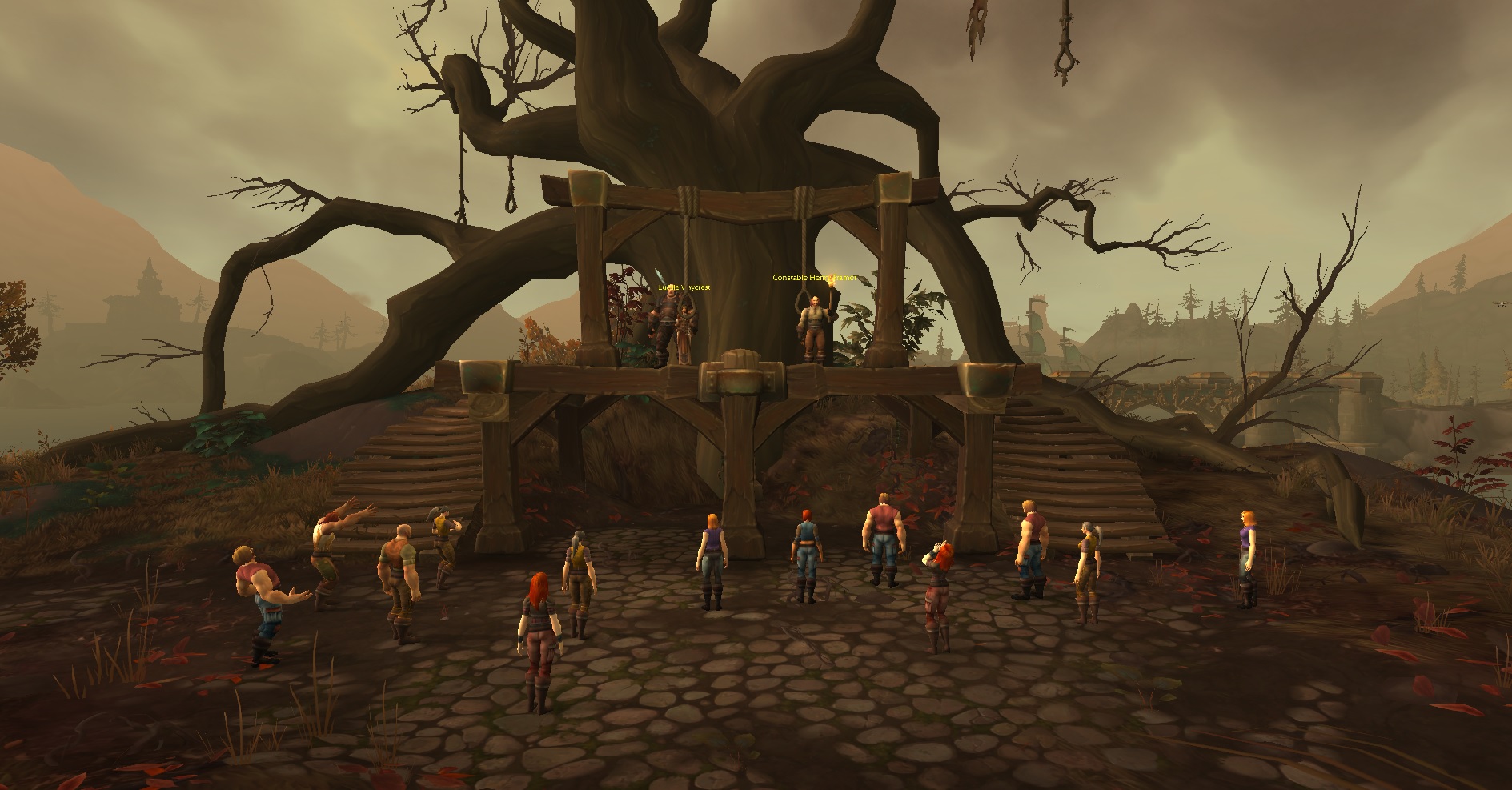 As is the case with most fresh expansion packs, queuing for dungeons is an exercise in futility. Wait times were upwards of 3 hours, but I was eventually able to experience the 4 Alliance dungeons. There isn’t anything new as far as dungeons go from what I have experienced, with “Shrine of the Storm” borrowing heavily from other expansion pack dungeons and feeling a little stale. “Waycrest Manor” was much more engaging; randomised rooms which change the order in which you face the bosses makes replaying the dungeon interesting rather than repetitive. Pirate themed “Freehold” is a disaster, with confusing pathways and annoying verticality that does not lend itself well to a dungeon party. The climactic “Tol Dagor” is a thrilling jailbreak-style instance with some cool boss dynamics and level design. As the max-level dungeon for the Alliance, I am relieved it was a hit unlike some of the others.

The new War Campaign  mode is, in essence, a repackaging of the Class Hall system from Legion. All run from a menu (think Motherbase in Metal Gear Solid Peacewalker), the player can recruit followers and send them out on timed missions, generally between 1 – 12 hours, and reap rewards for their efforts. Send a more powerful follower, and you’ll have a higher success of bringing back some loot or potential new followers. I’m hoping that once I hit level cap and have more invested into the War Campaign it blooms with more features, but at the moment it feels a little under-cooked.

Similarly underwhelming is War Mode. Perhaps I was struck with bad luck, but after activating it after reaching level 120, I only came across and handful of Horde members, who spectacularly mudered me and left me for dead. Perhaps once more players are engaged (and I get better gear) War Mode will feel more important, but it’s a pass from me for now.

The presentation of Battle for Azeroth deserves to be praised; I have noticed a significant jump in graphical and audio quality during my time with the expansion. While some of that can be chalked up to a new PC (I love it so much), I can see that there has been a greater attention to detail around the environments and designs of the new characters. The outposts and townships you bounce around during the story feel much more fleshed out than in other expansions, which certainly helps detract from the monotony of long questing sessions.

The new musical score is swelling and epic, with the cinematic sequences playing out against thunderous drums and soaring strings. The ambient musical motifs heard as you quest are a little on the short side, with the loops becoming repetitive, but the actual substance is of a high standard. The voice cast for both major cinematics and in-game cut-scenes are the best the game has ever seen; the avant-garde melodrama of Legion has been replaced with earnest and heartfelt determination in Battle for Azeroth. I never thought I’d see the day where the narrative of World of Warcraft was delivered without me rolling my eyes.

Ultimately, I feel like Battle for Azeroth is one of the strongest expansion packs to date. There is a steady pace in which players journey across the new realm, and it features some truly interesting areas and quest-lines to experience. The story has received a fundamental refocus back to Alliance vs Horde, a foundation that has been lost across the last few expansions. It feels good to belong to a definitive side in the Battle for Azeroth.

While there are some half-baked new features, WoW players know that these systems often receive major attention in post-xpac patches, so there is hope yet. With the raid dropping early September, there is a lot to look forward to on the horizon for Battle for Azeroth. Now, if you’ll excuse me, I need to get back to stopping Sylvanas.