When making the sequel to a highly-regarded first title, it can be difficult to decide how to proceed. How much do you change, and can you recapture the magic found in the first instalment? 2013’s Guacamelee!, developed by Drinkbox  Studios, set a high bar. It had a blend of engaging platforming and combat challenges, with a lighthearted Mexican aesthetics. However, I can safely state that Guacamelee! 2 meets, and even exceeds, this high standard, delivering a fantastic sequel that fans of the original will love.

Guacamelee! 2 starts off 7 years after the end of the first game. Juan, our hero, has hung up his luchador’s mask, and has retired to start a family. However, it turns out that the entire Mexiverse (which is seriously the name of the setting) is in danger. Juan is forced back into action when he is sent to the Darkest Timeline. In this timeline, both Juan and the antagonist of the first game are defeated by Salvadore, a mysterious evil luchador who is trying to destroy the Mexiverse. What follows is a timeline-hopping odyssey, which takes Juan across multiple timelines and into Hell itself.

“These parodies were mostly really funny, but some of them were just references instead of actual jokes.”

The game doesn’t really take itself very seriously at all, and I generally enjoyed the game’s sense of humour. Aside from the affectionate nods to Mexican culture, Guacamelee! 2 generally relies on parodying other games and pop culture properties.

These parodies were mostly really funny, but some of them were just references instead of actual jokes. For instance, there is a small section of the game that is played like a turn-based RPG. It didn’t really make fun of any elements of that genre, it just turned into it for 15 minutes for some reason.

Overall, however, the humour definitely worked for me. Some of the luchador-themed references to other games found in Guacamelee! 2’s hub area were particularly clever.

Guacamelee! 2 is fundamentally a Metroidvania-style game, albeit one with a fairly linear progression. The player must travel through various dungeons, unlocking new paths and secrets with the new abilities that Juan acquires. Juan also has the ability to phase into the World of the Dead and back, which is used to solve various puzzles and platforming challenges.

I was a bit disappointed how most of Juan’s abilities are the same as his powers from the first game. Although Guacamelee! 2 does feature new challenges that use those powers in different ways, and various buffs to Juan’s chicken transformation add new ways to get around. However, anyone going straight from the first game to its sequel will feel a bit of déjà vu.

Guacamelee! 2 also continues with the first game’s lovely Mexican-inspired soundtrack and art style. The character designs are highly expressive, especially for the game’s quirky collection of boss characters. My favourite aspect is how each location has different variations on the soundtrack and art direction depending on whether you’re in the World of the Dead or not.

The World of the Dead themes were often spooky and more intense, and featured different skeleton-themed background details. I also liked some of the smaller details of the landscape, like how hanging lanterns and grass would sway as Juan moved past them.

The powers that the player acquires are used equally for platforming and combat. For instance, the Rooster Uppercut ability can break red enemy shields, and also add a bit of height to Juan’s jump. It shows clever design, and each area features many optional challenge rooms where the player must use these abilities skilfully to acquire health and stamina upgrades.

In addition, the player can upgrade Juan’s abilities by completing special challenges and paying lots of the in-game currency to advance through a skill tree. I liked this system, as it ensured that players actually use the full spectrum of Juan’s powers in combat instead of relying on just a few.

“Although Guacamelee! 2 is challenging, it is rarely frustrating.”

Although Guacamelee! 2 is challenging, it is rarely frustrating. A lot of the platforming challenges were very difficult, but the game never wastes the player’s time. Players are whisked back to the nearest solid ground when they fall, and it is usually obvious what the game is asking the player to do.

The only times the game really tried my patience were the special challenges to unlock the “good” ending. These sections require incredible reflexes and timing. Mercifully, these are optional, if you don’t mind getting a sub-optimal conclusion to the story.

The multiplayer aspects probably could have been implemented better, however. Guacamelee! 2 features cooperative local multiplayer for up to four players. It is a fun idea in theory, but it doesn’t quite mesh well with either of Guacamelee! 2’s main gameplay areas.

Playing with even one extra character trivialises a lot of the combat, as it becomes very easy to rack up massive combos when twice as many hits are being dealt out. Players can even revive the other if they stay alive long enough, making it hard to lose a lot of the combat encounters. There is a chaotic joy to having multiple fighters dishing out the pain, but it doesn’t feel particularly balanced. 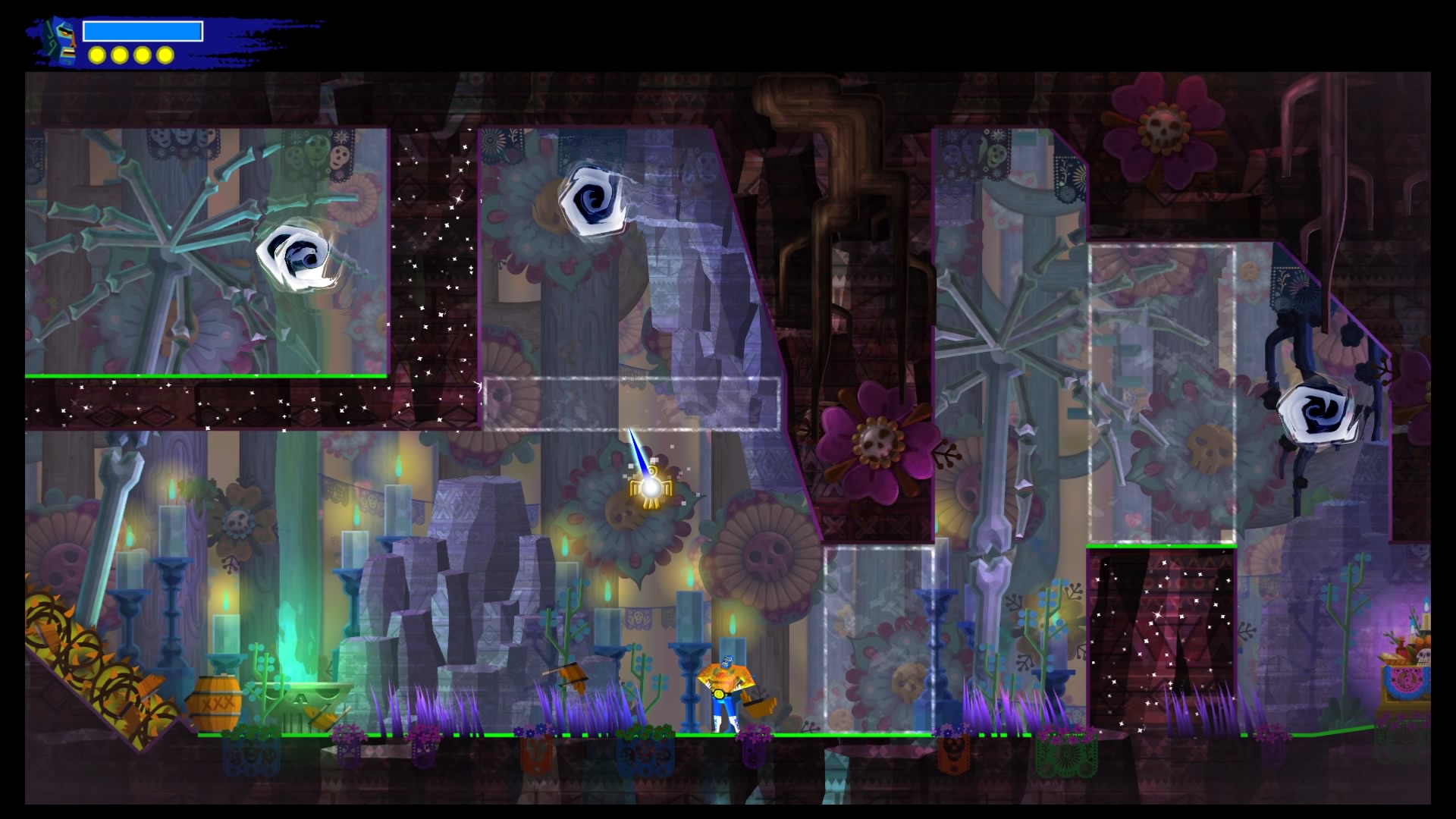 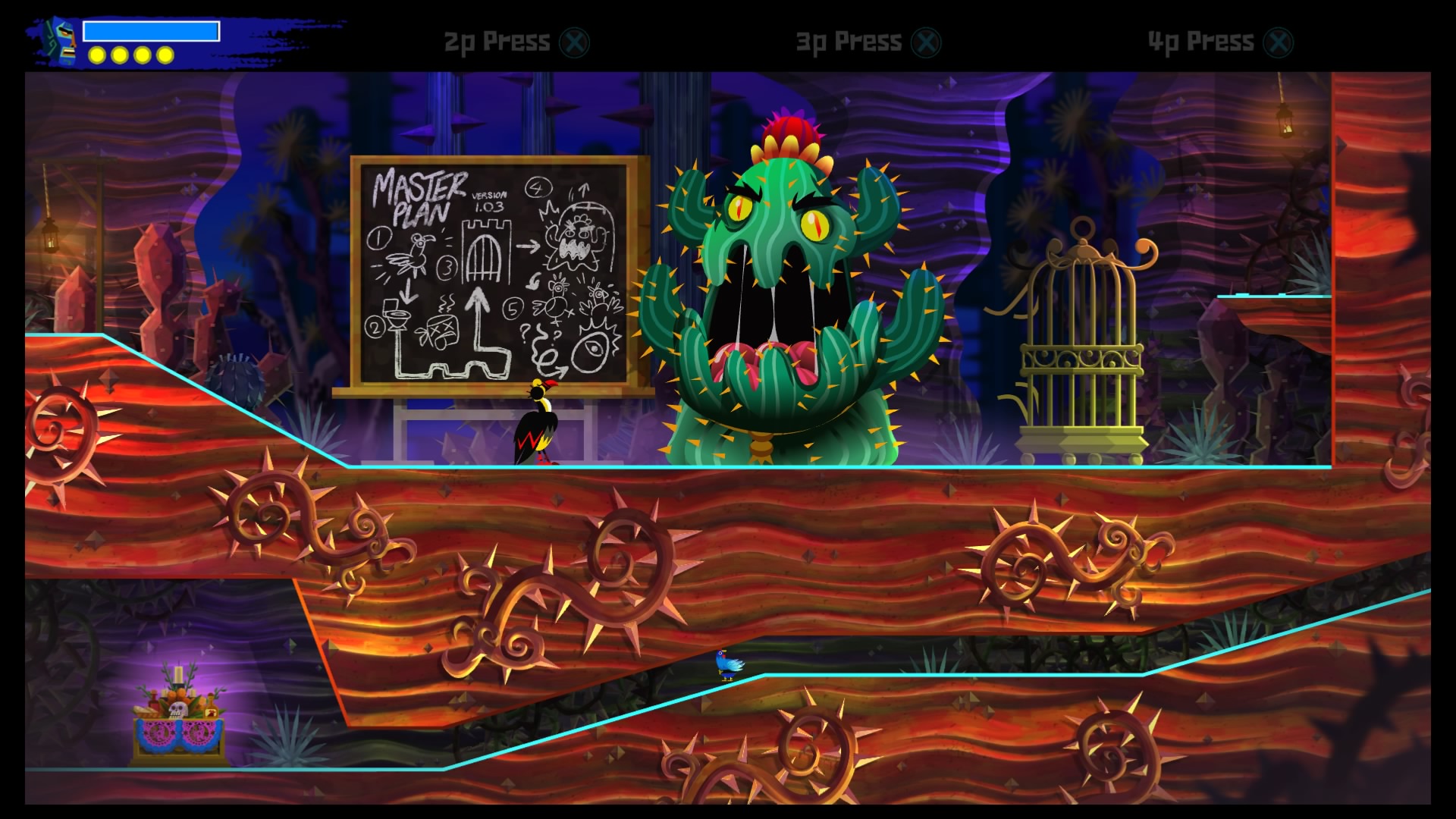 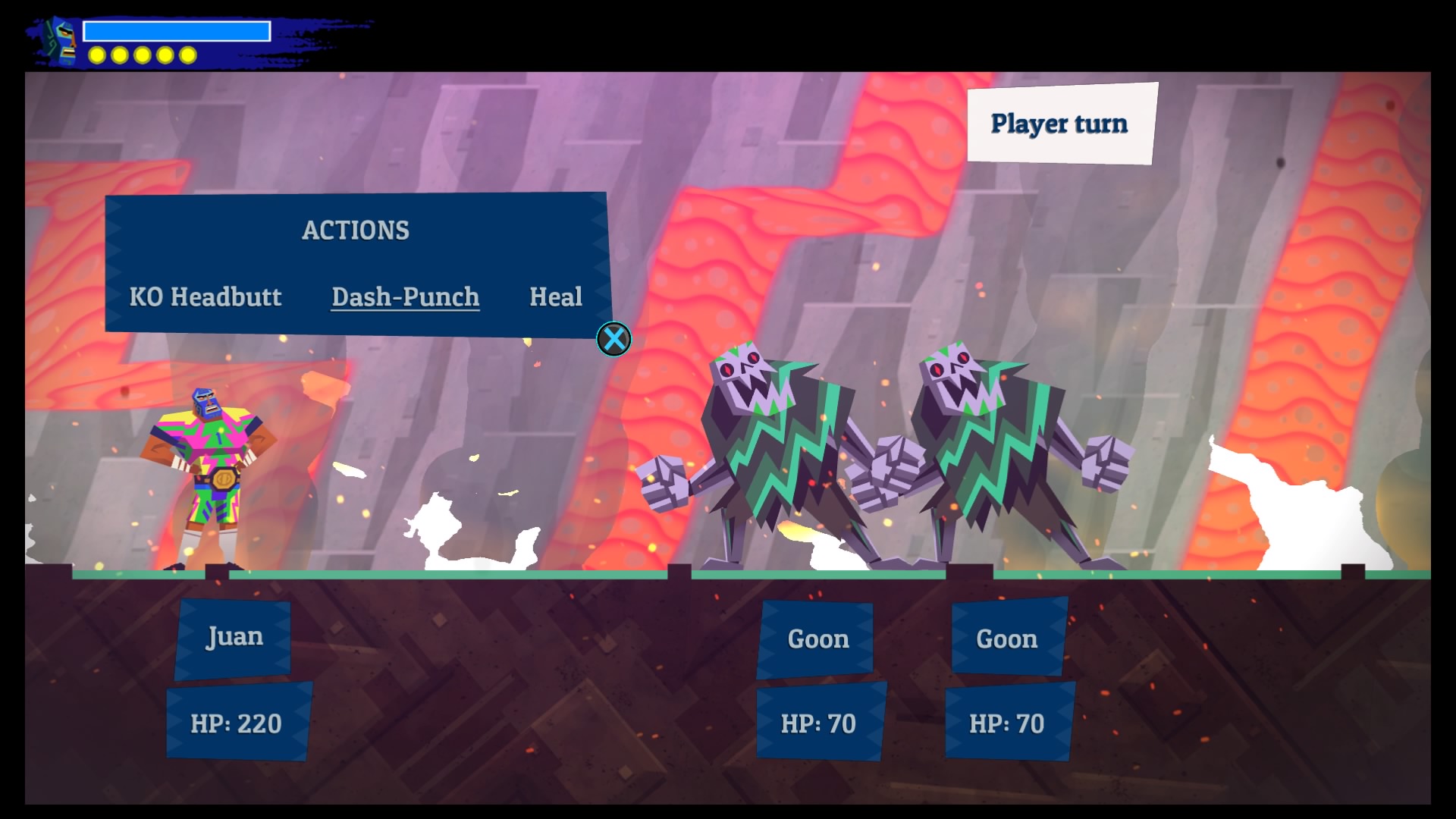 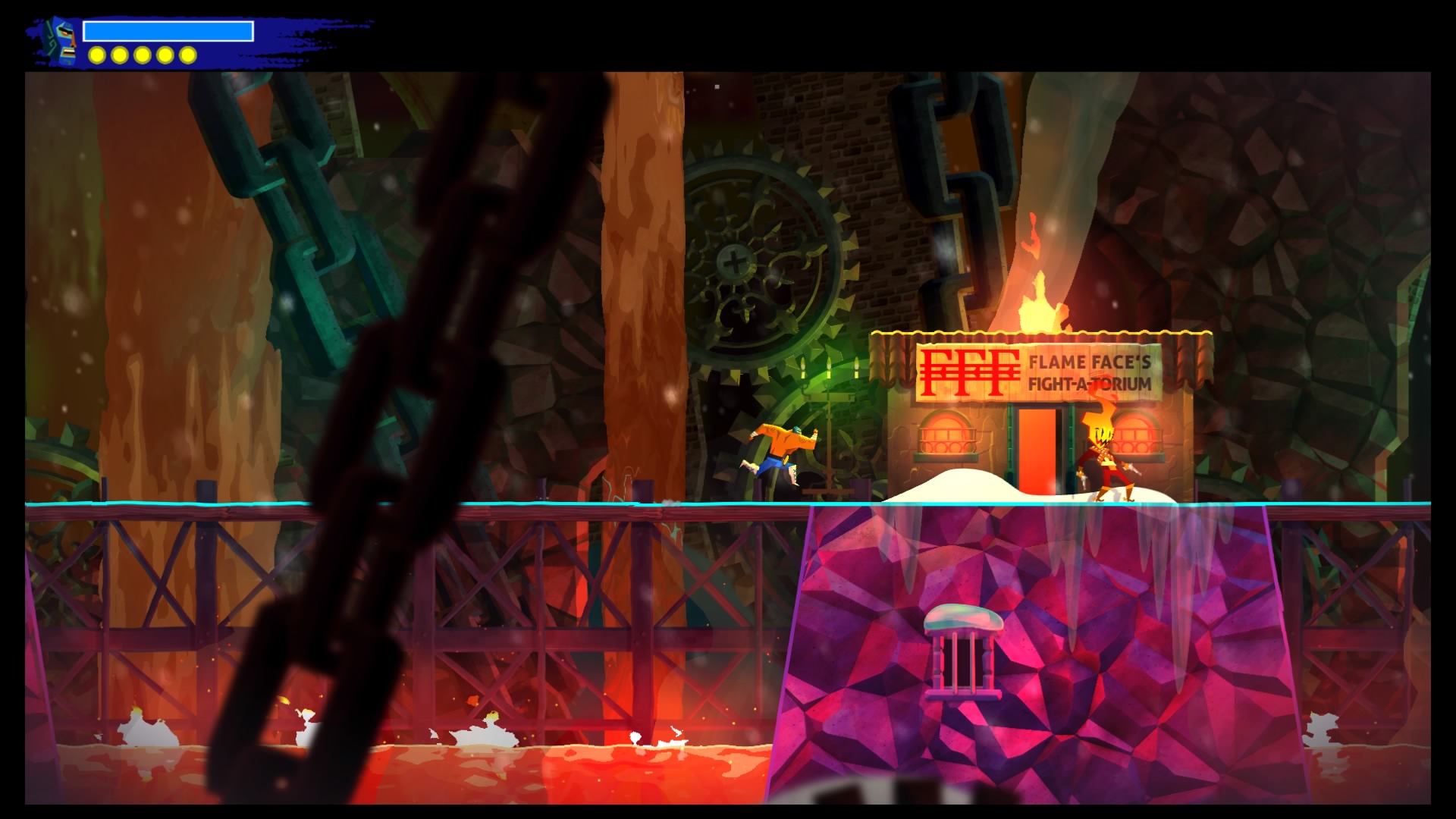 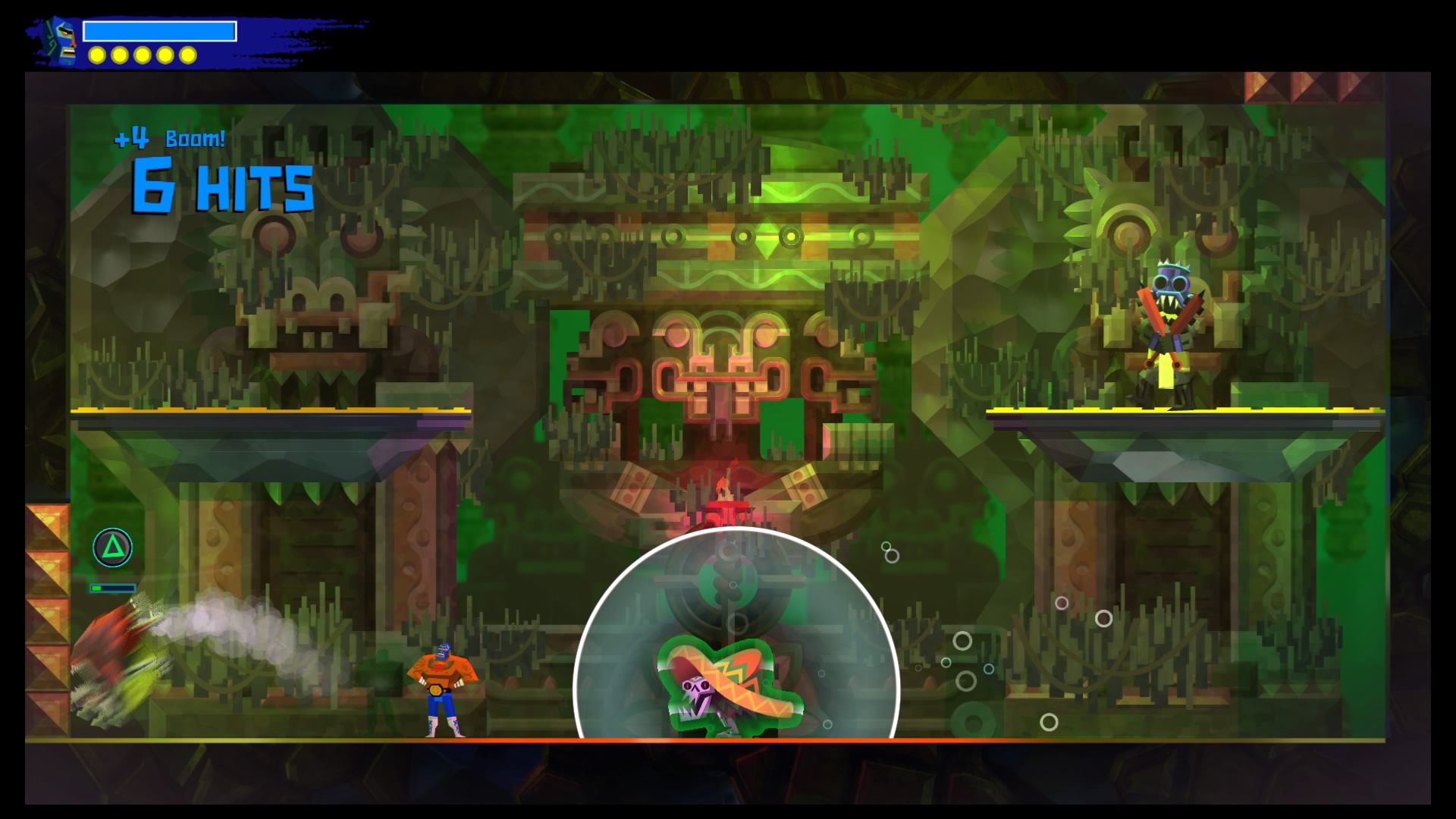 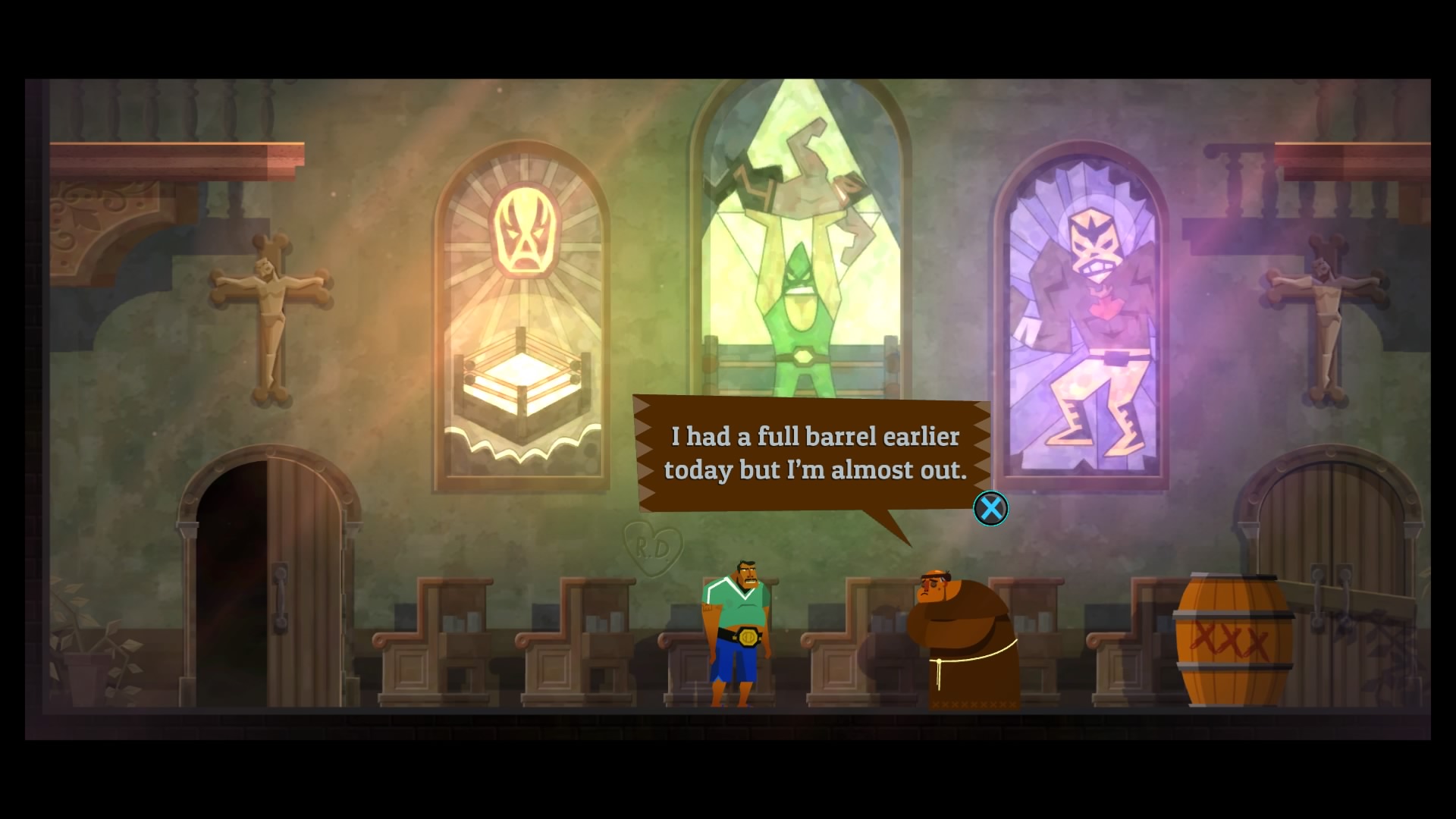 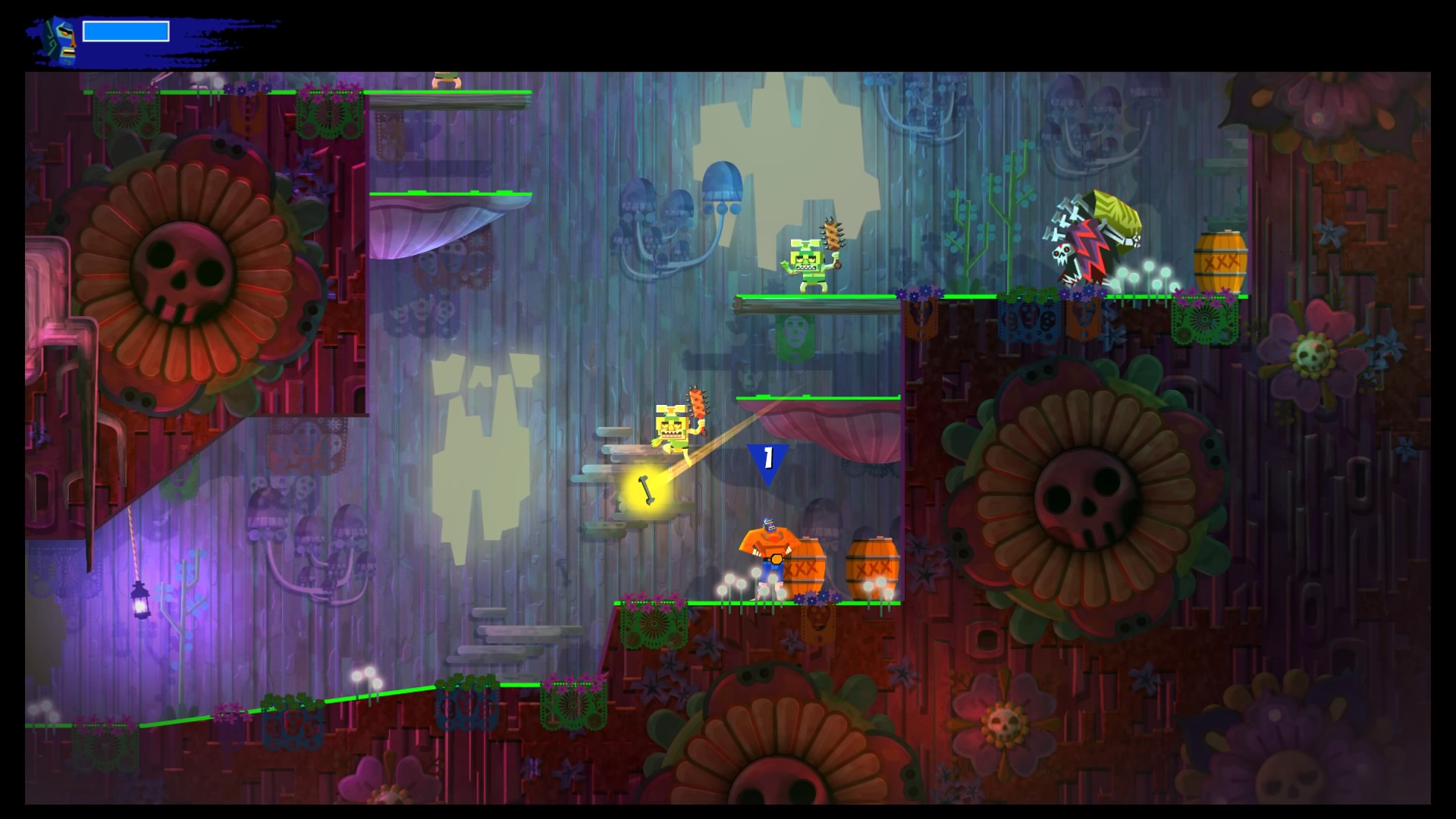 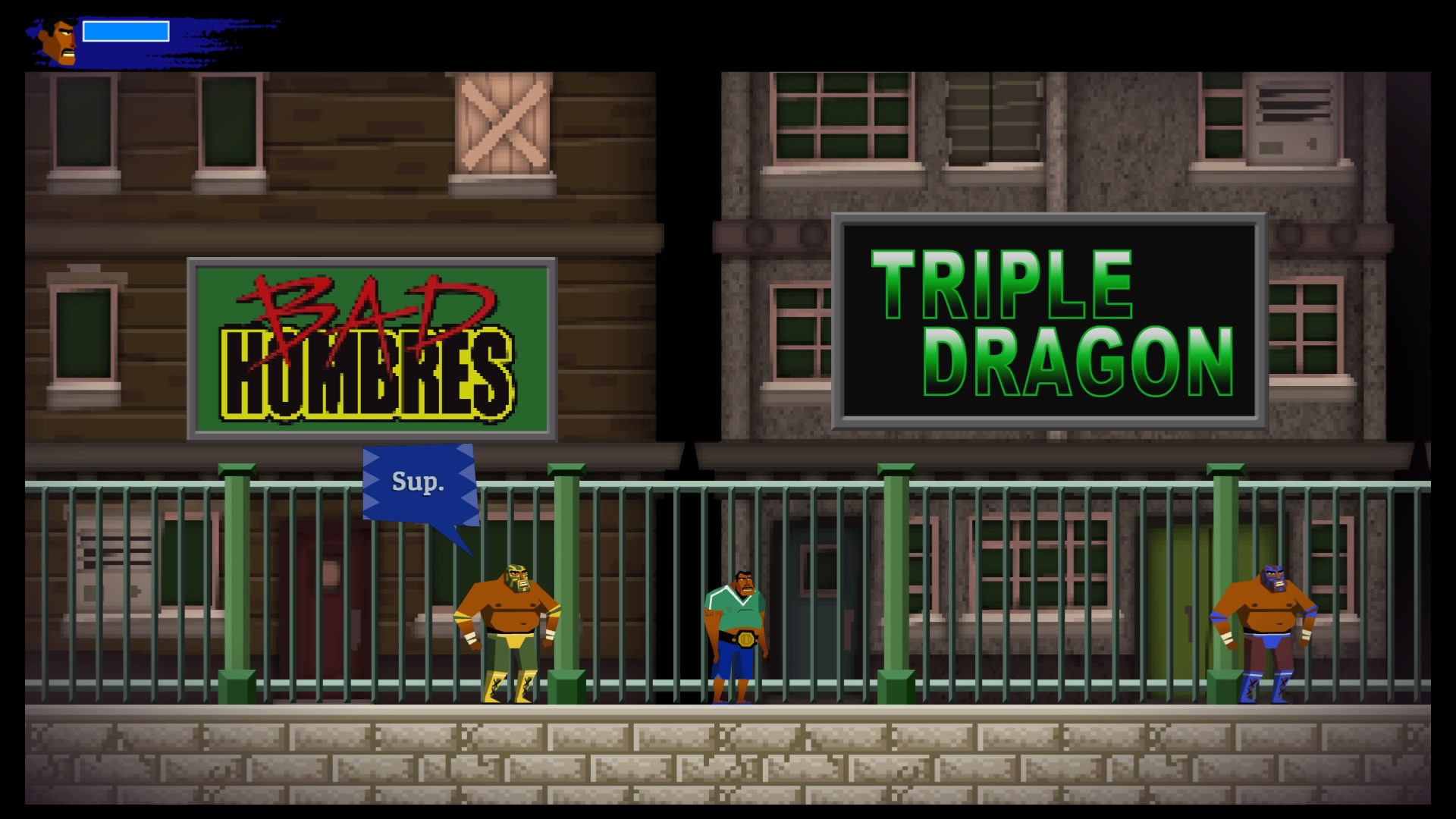 As for multiplayer platforming, the camera tries to keep both characters in frame. If both players aren’t close to one another, the player who is ahead can’t see what is in front of them. Furthermore, there aren’t any challenges that require more than one player, so it overall feels a bit tacked on.

My playthrough took me less than ten hours, even with a lot of backtracking to unlock secrets. However, there is still much to do in Guacamelee! 2, like unlocking the good ending, finding more hidden areas I have missed, and playing through it again on Hard Mode. The game even keeps a timer on the pause menu, daring speedrunners to find the quickest path to the end credits. Overall, it is exactly as long as it needs to be, and left me feeling very satisfied with my experience.

Guacamelee! 2 is the best kind of sequel, keeping what worked from the first game and improving on it. I was always challenged, but I never wanted to stop trying to push forward. Although the humour doesn’t always land, the game’s relentlessly goofy tone kept me smiling as I played.

It isn’t the longest experience, but it never outstayed its welcome. Furthermore, if you want to explore all of its secrets and achieve 100% completion, you will have your work cut out for you. If you’re looking for a fantastic action-platformer, then Guacamelee! 2 is definitely worth your time.