While the Nintendo Switch is continuing to prove that it is a truly must-have console with a great variety of games available, its battery life when being played in handheld mode leaves a lot to be desired. Definitely suited to shorter trips rather than longer ones, the Switch currently lasts between 3 and 4 hours depending on the game that you’re playing. While generic portable power packs have always been available, it’d sure be nice to have an option tailor-made for the console… enter the Venom Power Pack and Stand.

The positives of the Venom Power Pack and Stand are apparent from the get-go, as this not only increases the battery life of the console but also comes with a sturdy kickstand with two legs, making it much more stable than the somewhat flimsy kickstand that the Switch currently comes with. It’s solid as a rock when played like this, removing any fears I have normally of the table being slightly knocked and the console falling over.

Attaching your Switch is easy; there are two sliding lock buttons on the back which extends the Power Pack and Stand, allowing you to slot in your console and lock it into place. Pressing the button on the side turns it on, double-pressing turns it off, and the additional USB is particularly handy for charging something else at the same time if you wish, like your phone or perhaps a Pro Controller. 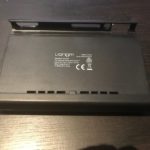 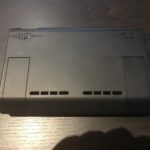 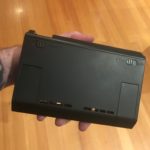 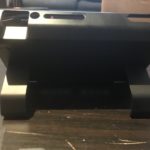 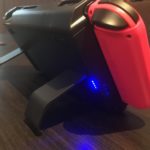 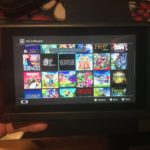 After some vigorous testing (any opportunity to try and smash through my shame pile of awesome Switch indies), when my Switch was down to 0%, plugging in the Power Pack recharged it to 100%, then when down to 0% once again it charged a second time up to about 60%. This means that you’ll get almost three times the amount of playtime with your Switch than you did previously. Leaving the power pack on the console until it eventually ran out of juice yielded pretty similar results.

The downside is that the Power Pack itself is a little bit heavy. By itself it’s fine, but when combined with the weight of the Switch, it makes for quite the bulky system to hold altogether. For context, I’m two meters tall and have big hands – but even I found it to be a little bit too heavy for long play sessions. Using it in conjunction with the stand and the separate Joy-Con’s is clearly preferable.

While you may be able to purchase third party power bricks or additional stands for your Nintendo Switch, the Venom Power Pack and Stand is a more complete package. Tripling the amount of time you’ll get to spend playing your console in handheld mode, the additional USB port makes this a functional and effective kit that is perfect for longer play sessions.

The Venom Power Pack and Stand is available now at EB Games and Big W for an RRP $69.95.