Childhood is a pretty amazing time, and it’s around the time that you discover object permanence that your imagination kicks in. For the most part it’s all fun and games in far off worlds but it is a truth universally known that a child in possession of an imagination, must imagine monsters under the bed. Sleep Tight from developers We Are Fuzzy knows this all to well as it pits you, a spunky and well equiped child, against a horde of monsters who don’t know what they’re in for.

Sleep Tight posits the question, what would happen if Mike Wazowski took matters into his own hand and sought direction action against the children they have been scaring? In this nightmare scenario you’ll take control of one of 12 children as they take a stand against the cycloptic bedroom invaders. Sleep Tight takes a top down view with twin stick controls and alternates between day and night phases.

The lovely warm day gives you the opportunity to prepare, upgrading your skills, purchasing an armoury of nerf guns and super soackers and setting up your base. Your base will be a mix of pillows forts and turrets which can be upgraded. Everything will have costs between two currencies, suns which are given at each sun rise and stars that are collected from felling enemies. Due to the limited amount you’ll receive of each you’ll need to think tactically about where you’ll spend your money and what you’ll set up, because you’ll know if you’ve made a mistake as soon as night comes.

Nights begin and your clock begins to tick down, shadows are cast across the room and everything is immediately ominous. Without warning the first monster will charge you and you’ll need to start running and gunning to take down the Pixar-esque enemy. Monsters come in three main types, the standard Stalker, the speedy but weak Crawler and the slow and gigantic Brawler. The monsters will begin to spill out from any dark corner and you will need to survive until daybreak to prepare for the following night. As the nights go on enemies will get more monstrous with spooky horns, darker features and bigger talons and fangs for eviscerating children.

“Without warning the first monster will charge you and you’ll need to start running and gunning to take down the Pixar-esque enemy.”

As far as I can tell the waves are endless as the difficulty ramps up, I’ve only made it to night 43 so far. Every 10 nights the blood moon will cast a terrifying red light across your room as harder monsters attack for a longer night but with better rewards.

Jumping in you may believe you are just going to have a quick go with a. couple of nights but then you look up an hour later as your strategise how to funnel your enemies into a turret death corridor. To last longer you’ll need to balance yourself between the running and gunning and smart base building, experimentation is key to figure out the best way to punish your monster attackers. This will also include experimenting with the 12 different characters you can choose from.

You’ll start with a standard character and as you last longer you’ll unlock the basic starter kids. To unlock the slightly more specialised fighters you’ll need to perform specific things like last four night without firing your weapon to unlock the Engineer who specialises in turrets. The characters all have seperate voice lines and personalities and really feels like a rag tag team of kids facing off against the boogeyman.

The final four unique secret characters will be a little bit more of a challenge to unlock but they don’t come with just specialised skills but change the game completely. These range from having you protect your teddy bear instead of yourself, an endless night that starts with an unbelievably high amount of currency build your dream fort,  a nightmare mode with the lights switched off and an entirely new game as you defend your bedroom in first person, which immediately feels much more intimidating. 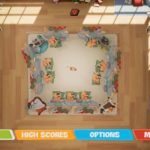 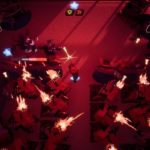 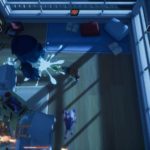 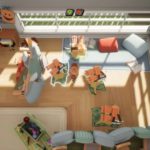 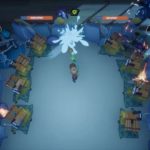 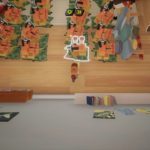 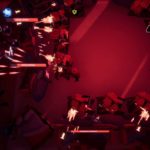 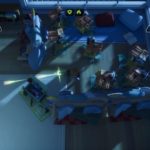 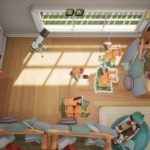 Gameplay is quick and frenetic, if you’re like me and love a good base build you’ll quickly invest in some turrets and you’ll find it really easy to create a defensive wall and leave your turrets to do the heavy lifting for a while. If you are more interested in the twin stick shooter element then you’ll have an array of weapons to choose from as well as power ups to help you withstand your enemies attacks.

For the most part Sleep Tight is a great title, it does what it says on the box. However you need to make sure this is the type of game for you or it can start to feel a little repetitive. This is especially obvious if you don’t like to change up your play style and approach each run in the same way. The hidden characters certainly mix things up but fingers crossed We Are Fuzzy has some more content in mind for the future of the title to spice things up a little.

To be honest I love this kind of concept. Take something inherently dark like shooting monsters, and look at it through the imagination of a child. Gone is the edgy take and it instead brings joy and colour to the world. Sleep Tight most definitely hits the mark with a game that does exactly what it says on the box. The experience won’t be for everyone, you need to be a fan of twin stick shooters over tower defence as the tower defence aspect can be surface level when it comes to building your forts. While the game feels like it could use a little more content I can’t deny the fun I had with Sleep Tight while I lived out the revenge of “Little Baby Cameron” who had a serious boogey man under the bed problem growing up.