Warhammer 40k Inquisitor Martyr, which to save my fingers I will refer to as Inquisitor, is a game that, on paper at least, looks fantastic. A Diablo clone for the Warhammer 40k universe, on paper, first perfectly. With heaps of lore to pull from, myriad items, character classes and skills, and a cavalcade of baddies to slice your way through. Playing as an inquisitor, the God Emperor’s heretic hunting squad, you are stacked with moral ambiguity, power, and authority. A true hero of the people. But is the game worthy of taking Diablo’s lofty seat, or is that game ready to be judged as heresy?

After a lengthy loading and signup process, you come to your character select screen. Before you is 3 classes of inquisitor, the psyker (your psychic class), the crusader (tank), and the assassin. Each of the classes also has 3 sub-classes which give you different starting perks and kit, but don’t really affect you much after that. The sub-classes are a nice touch to a somewhat bare-bones character selector.

Jumping into the game itself is where things start to go wrong fast. The graphics, the very first thing that you experience in this game, look like they were made on the OG Xbox. With low poly models, awful looking textures, no variation to the maps and some sub-par lighting, Martyr is not a sight to behold, and considering the near 30-hour campaign, that is a problem.

The camera doesn’t hold up much better. Anyone who has played a Diablo-esque game will understand what a camera for this kind of game needs to be, and what it needs to be isn’t almost fully on top of the character. The FOV in Inquisitor and general view range, even when fully zoomed out is pitiful, with most weapons being able to reach outside your view, which means you are flying blind.

On top of your already limited view, the HUD in Inquisitor takes up a large chunk of 3 corners of the screen, with no less than two health bars for you on the screen at one time, as well as a lot of other irrelevant information that could be put on a menu or status screen. What the HUD does do well is the showing off the skills and their cooldowns. With up to 4 weapon skills, your special skill, alt item and inoculator for quick burst of health, all stats are readily available, and quickly digestible.

This doesn’t make the controls any good however. While all your weapon skills work fine enough, any skill that requires aiming is an exercise in futility. When Inquisitors’ controls do decide to actually respond to your input, the aiming reticle will not move, you won’t be able to actually fire the skill, or it will just fire wherever it wants without a care for what horde is currently storming your position. Your ability to switch weapons is also affected by the same issues, with it sometimes requiring a half dozen button presses before it decides to change.

For the vast majority of the game if you are pushing anything but A, you are probably fighting a big dude and are just mashing whatever buttons you can to see all the explode-y effects, without much really different happening. Either that, or the auto targeting system has decided that opening a chest that has about 500 baddies between you and it is much more important than actually firing on any of the aforementioned baddies.

The combat in Inquisitor also has a cover system, which rarely works correctly. You are either stuck without any real cover, get shot through the cover anyway, or can’t fire back. The enemies also suffer from the same cover system woes, which makes me feel better about my own abilities. Piling on top of that the basic AI of either” stay in cover” for basic enemies, or “chase you down” for any one of the other of the 3 basic enemy types, and any kind of real challenge is lost. 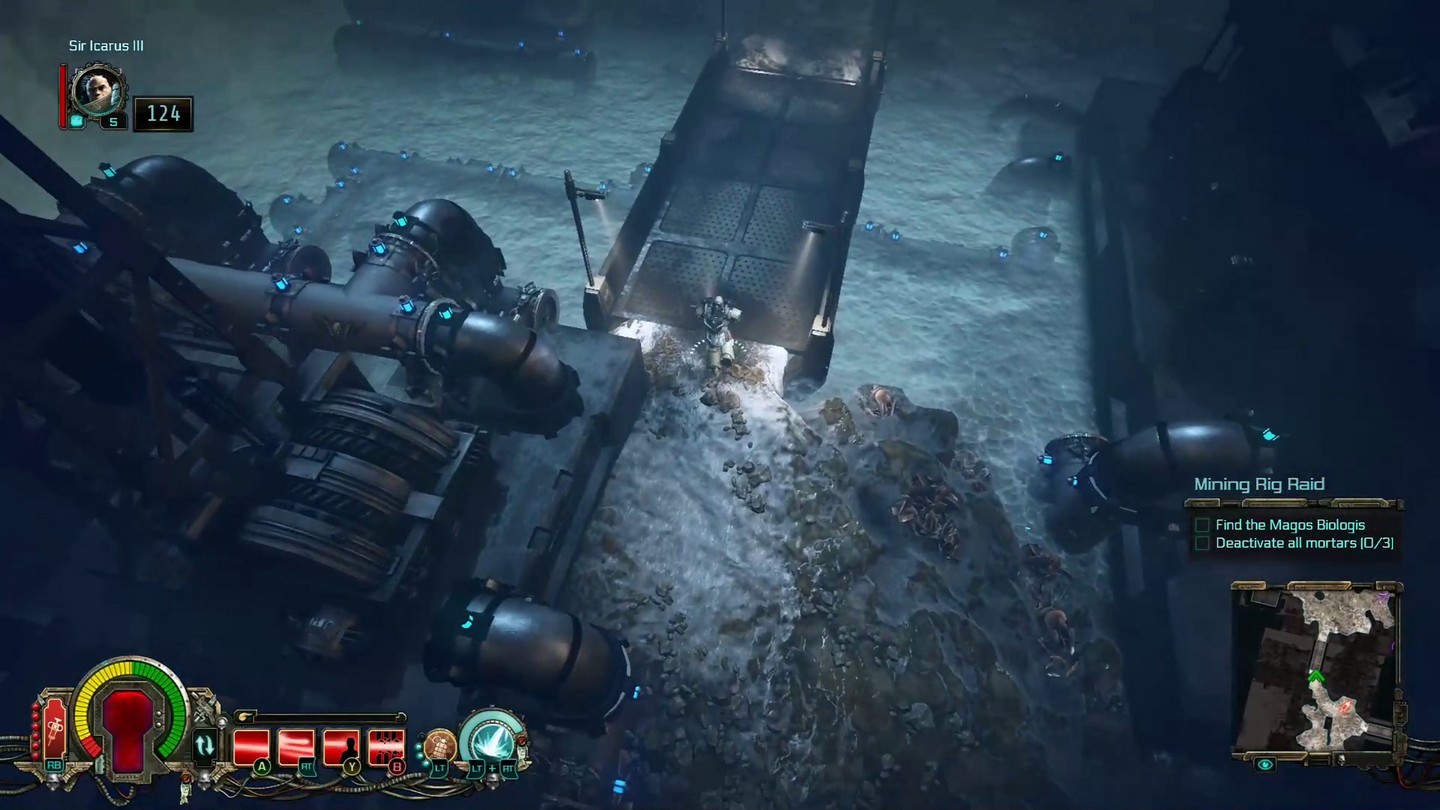 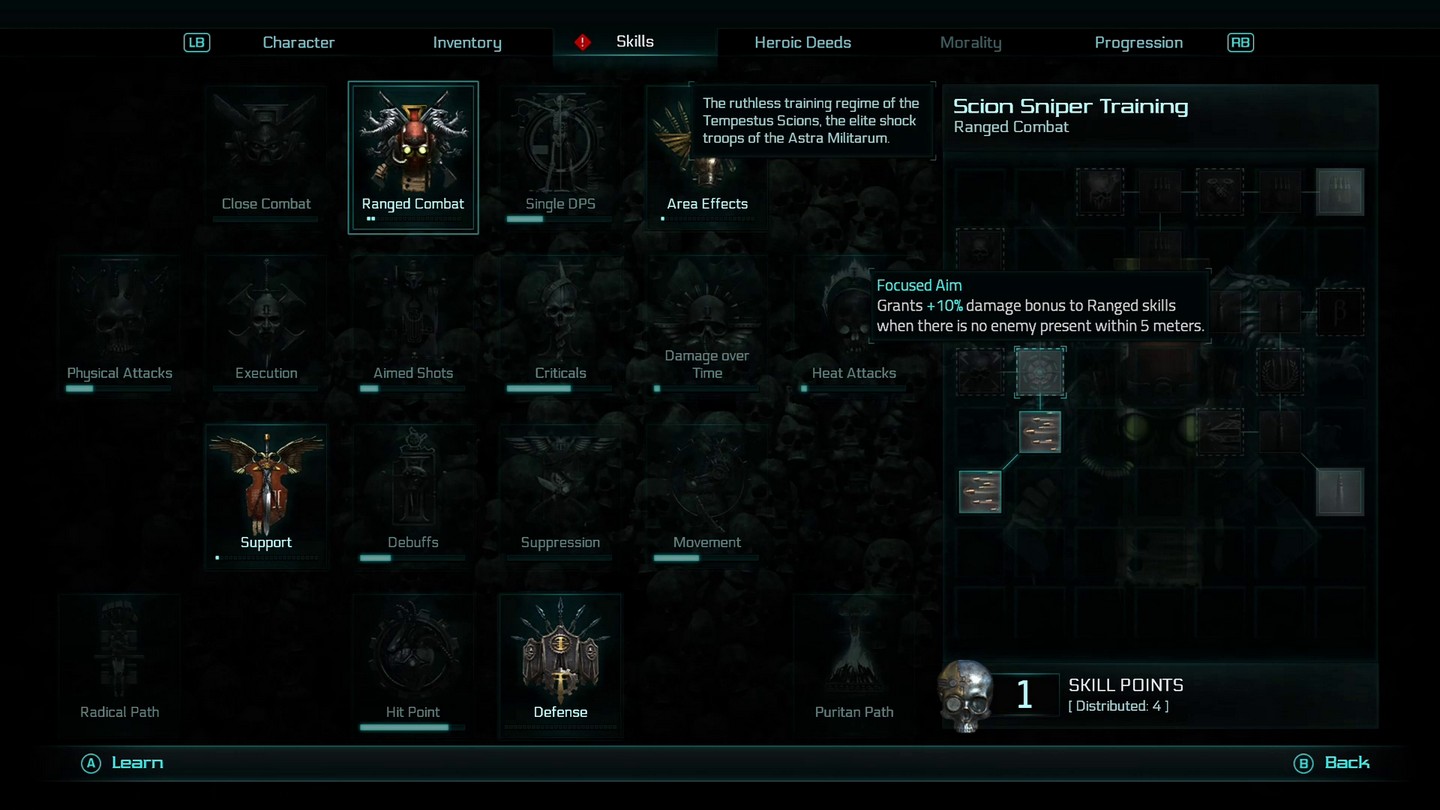 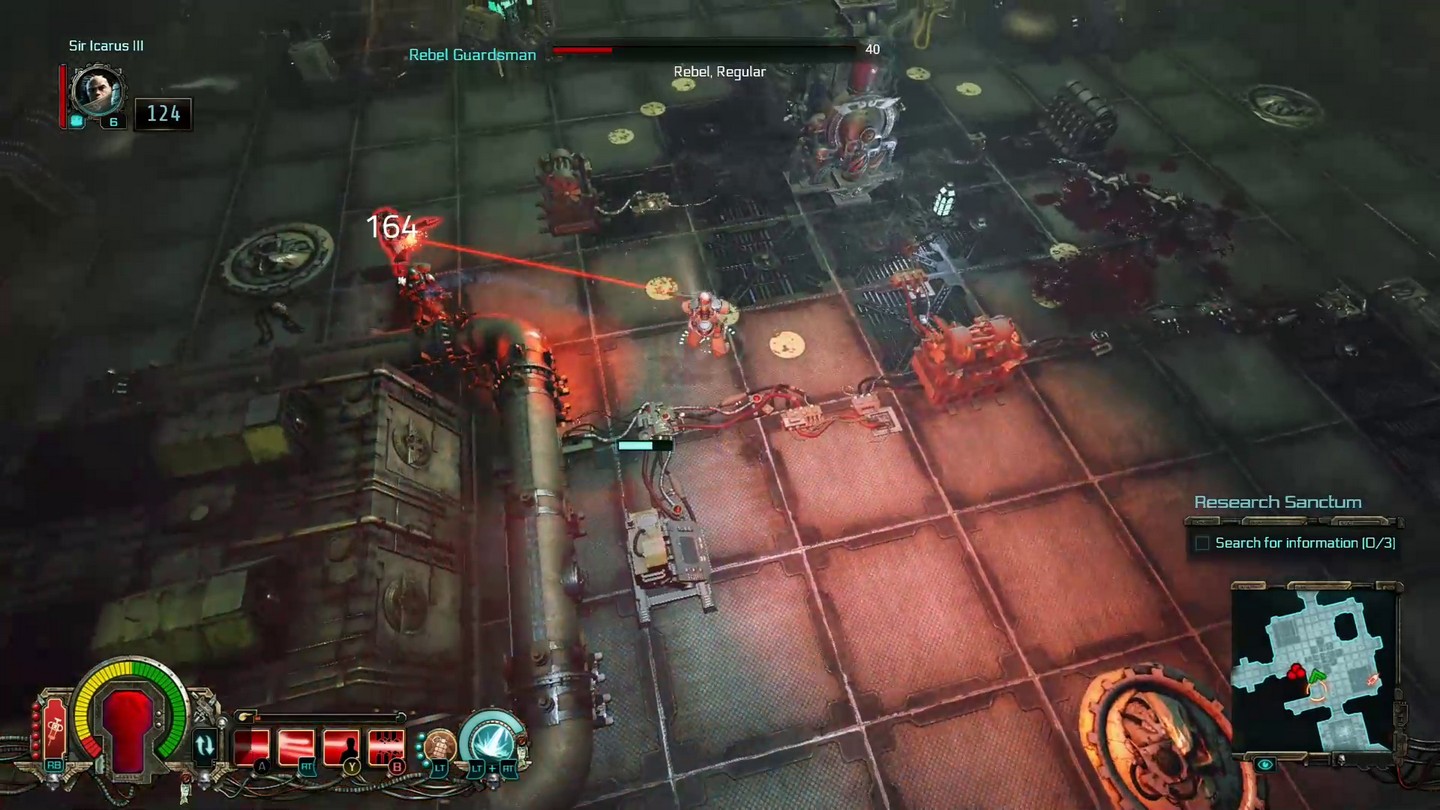 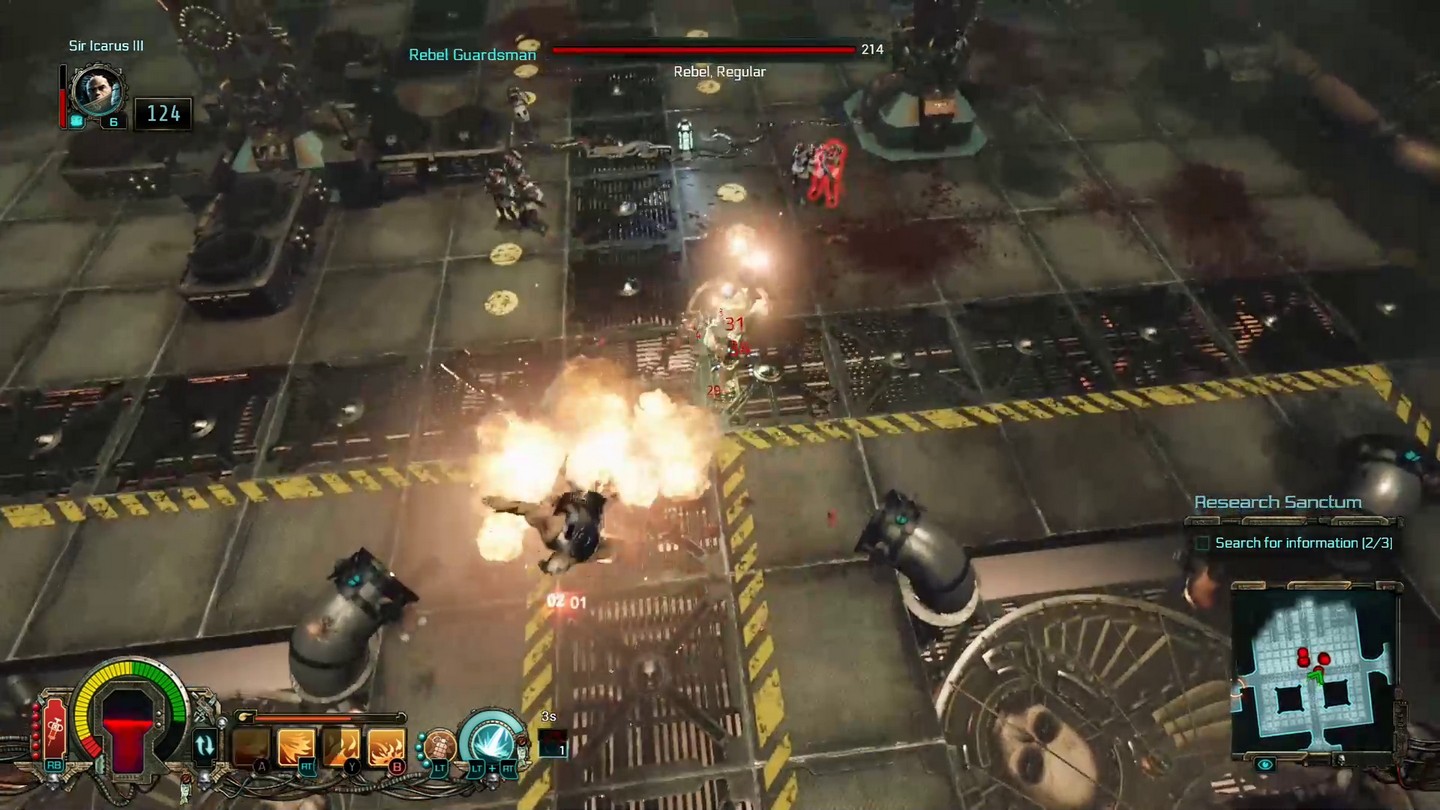 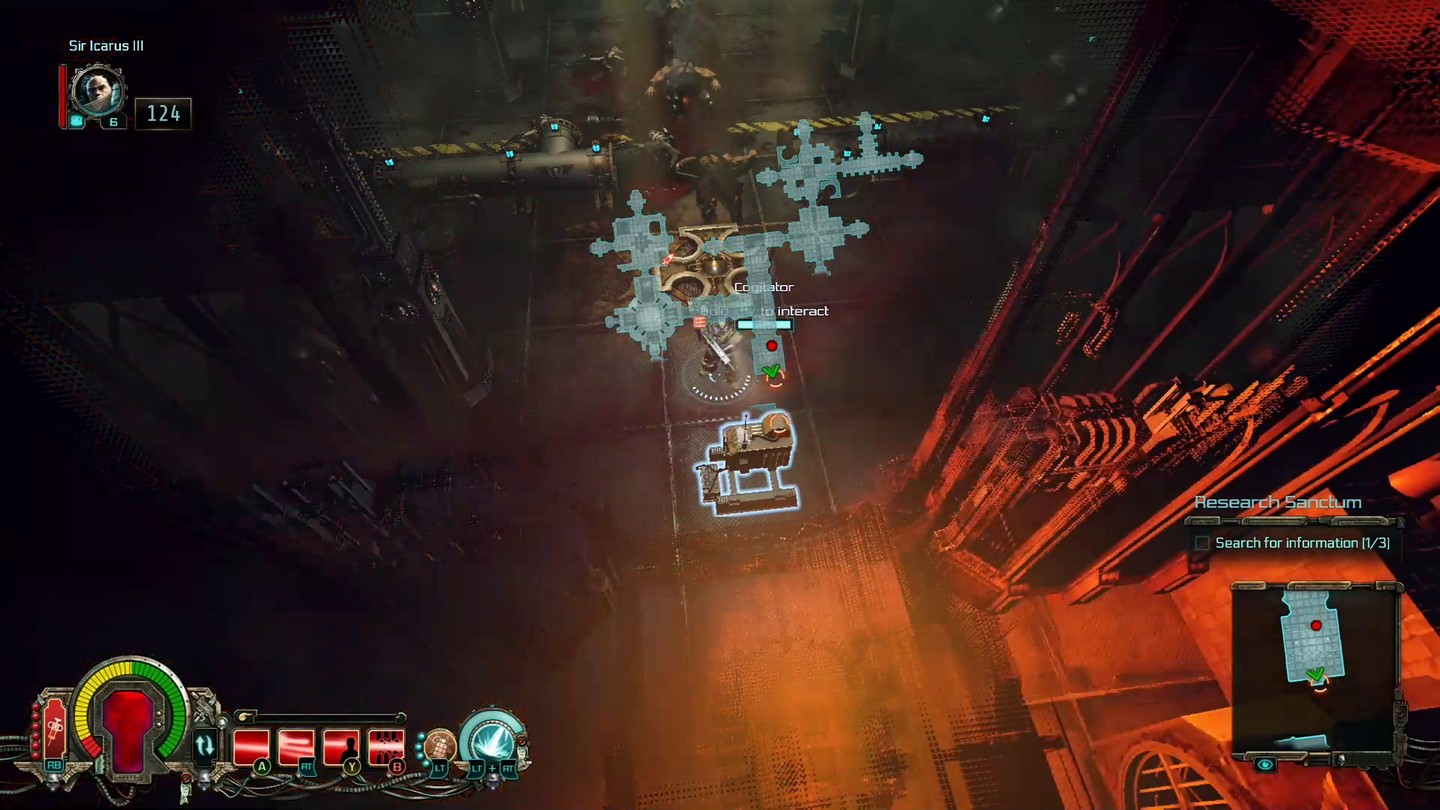 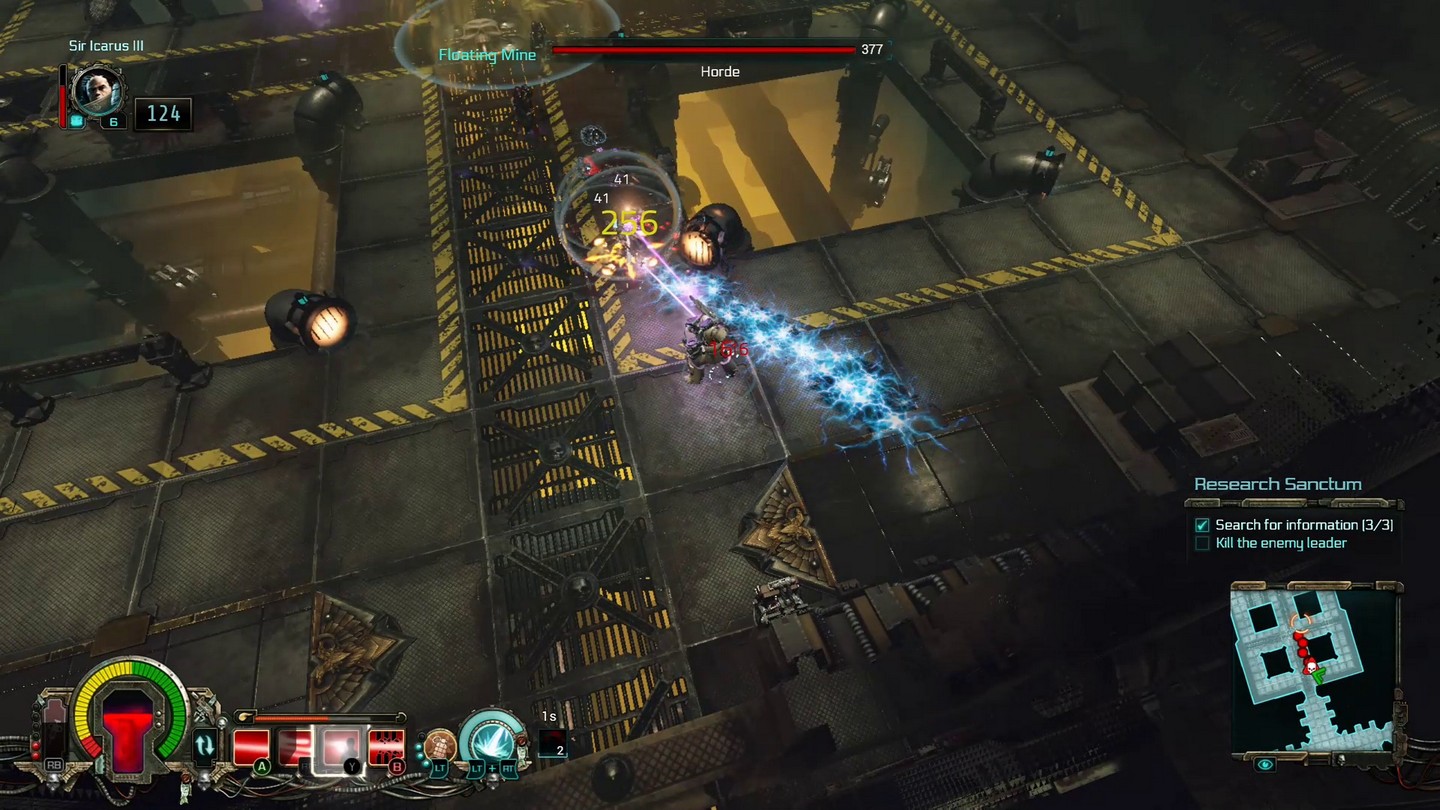 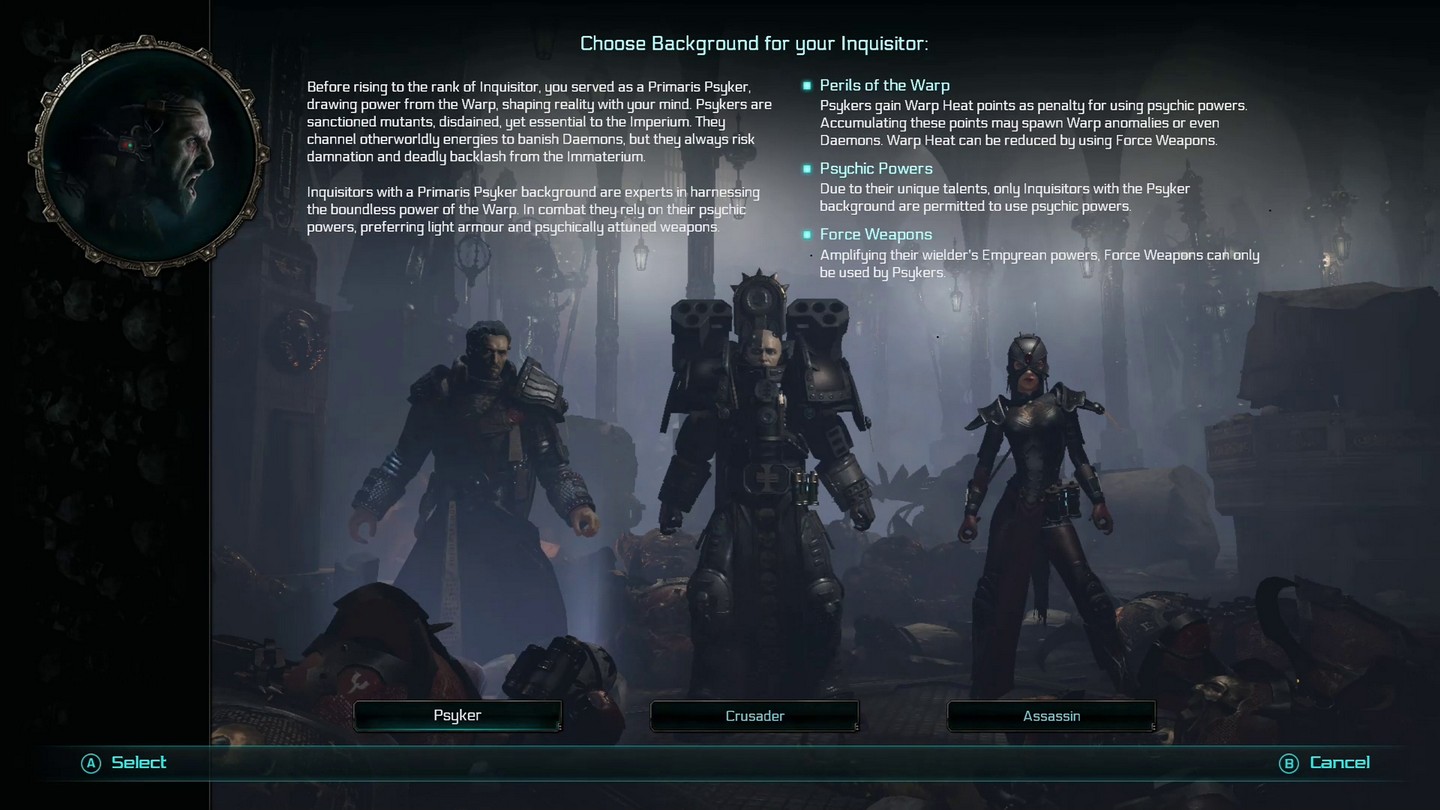 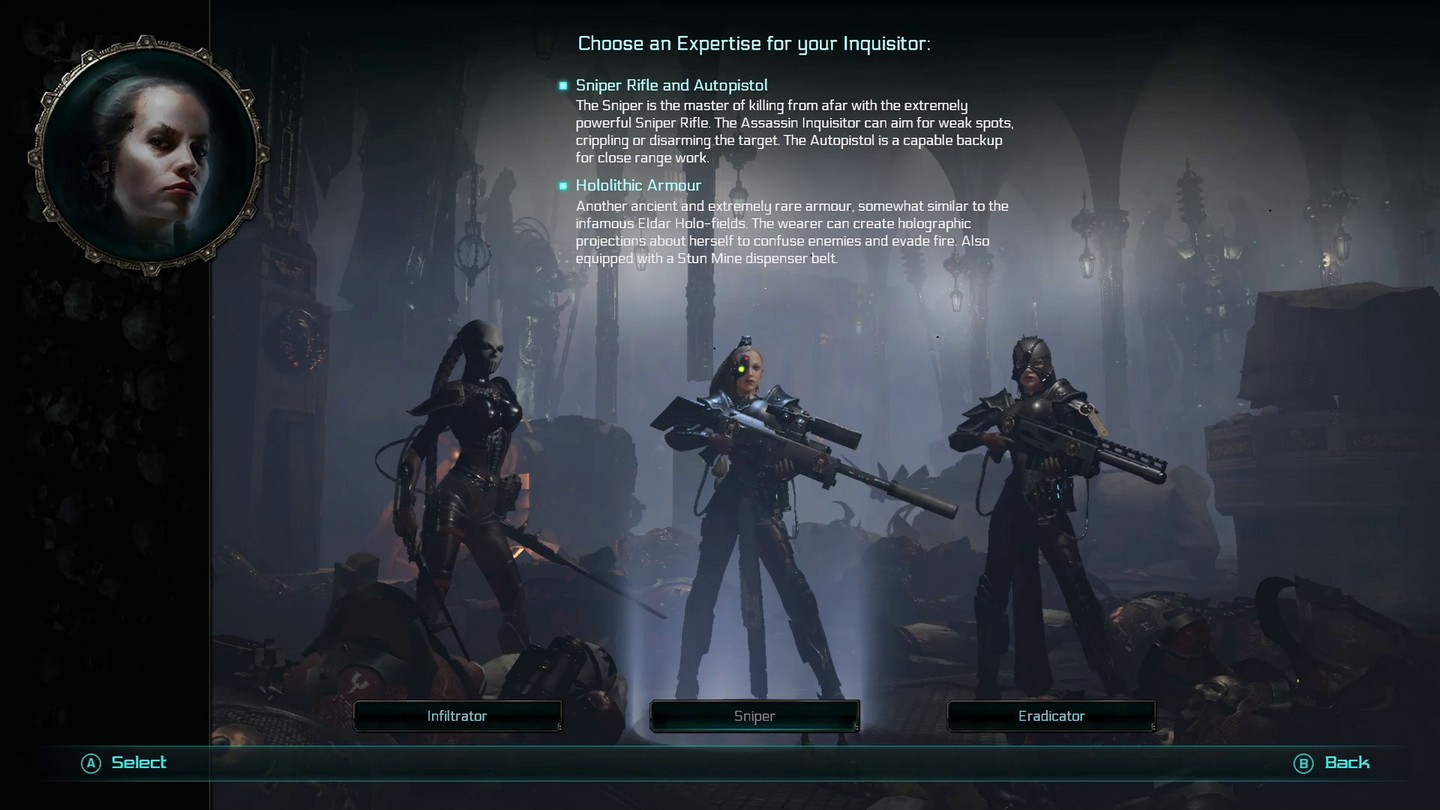 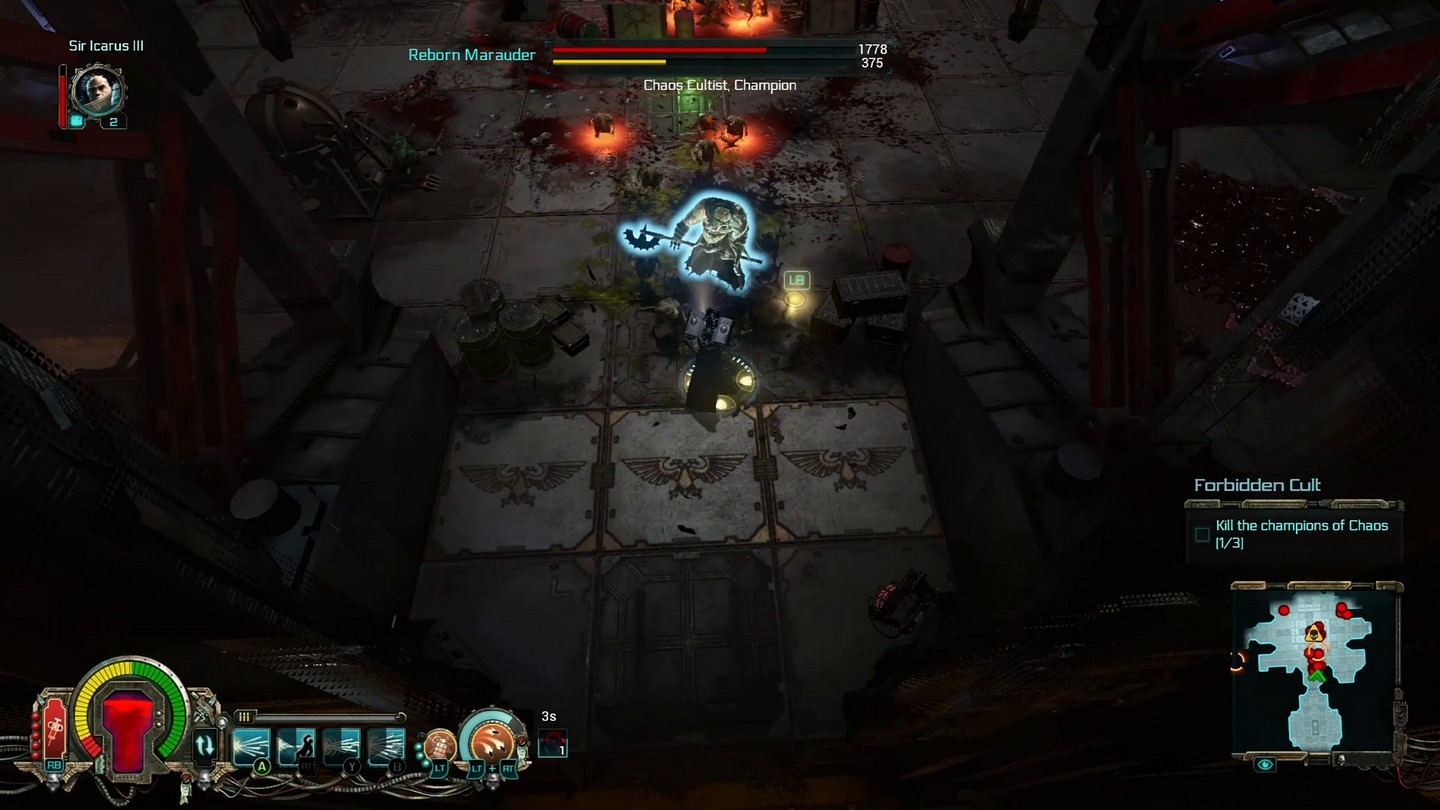 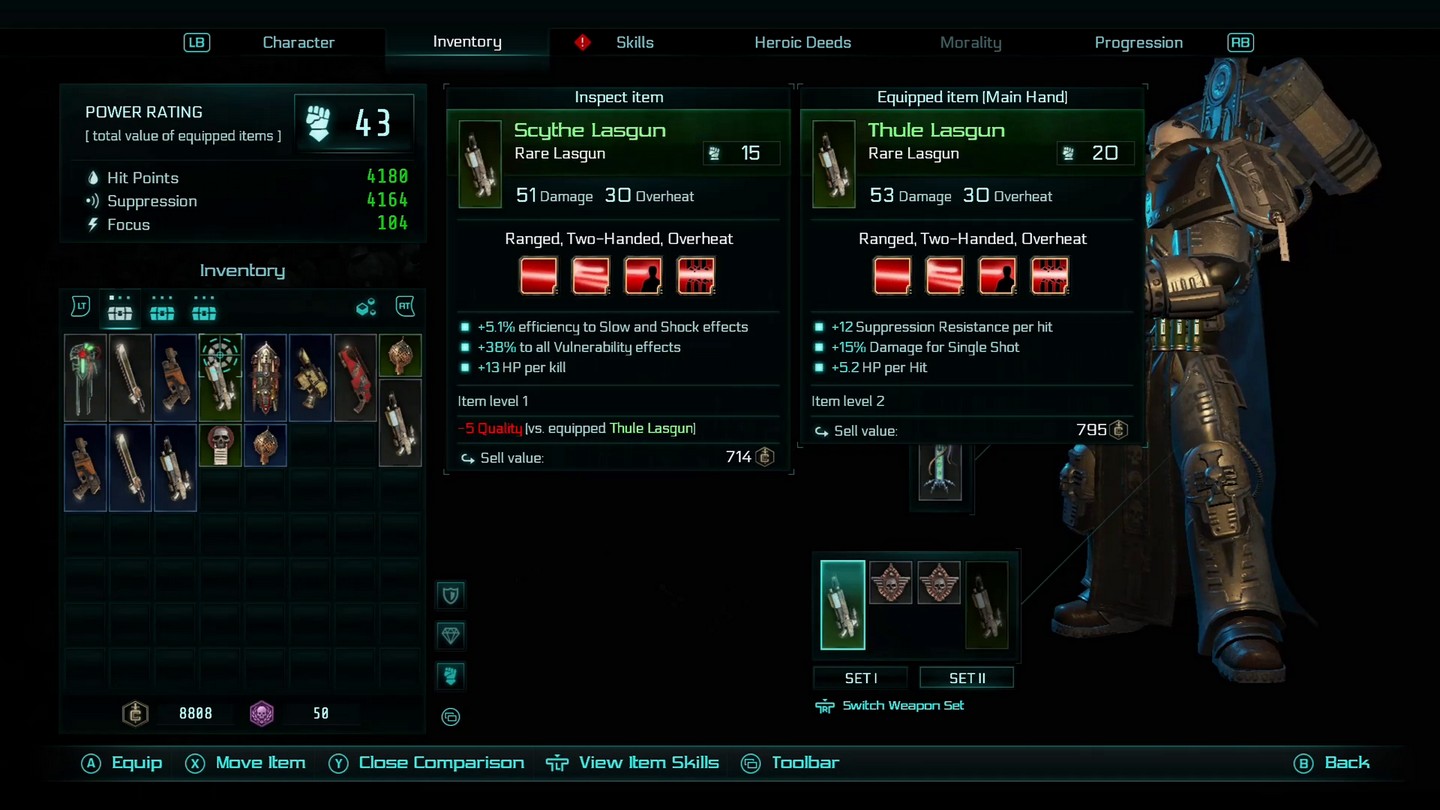 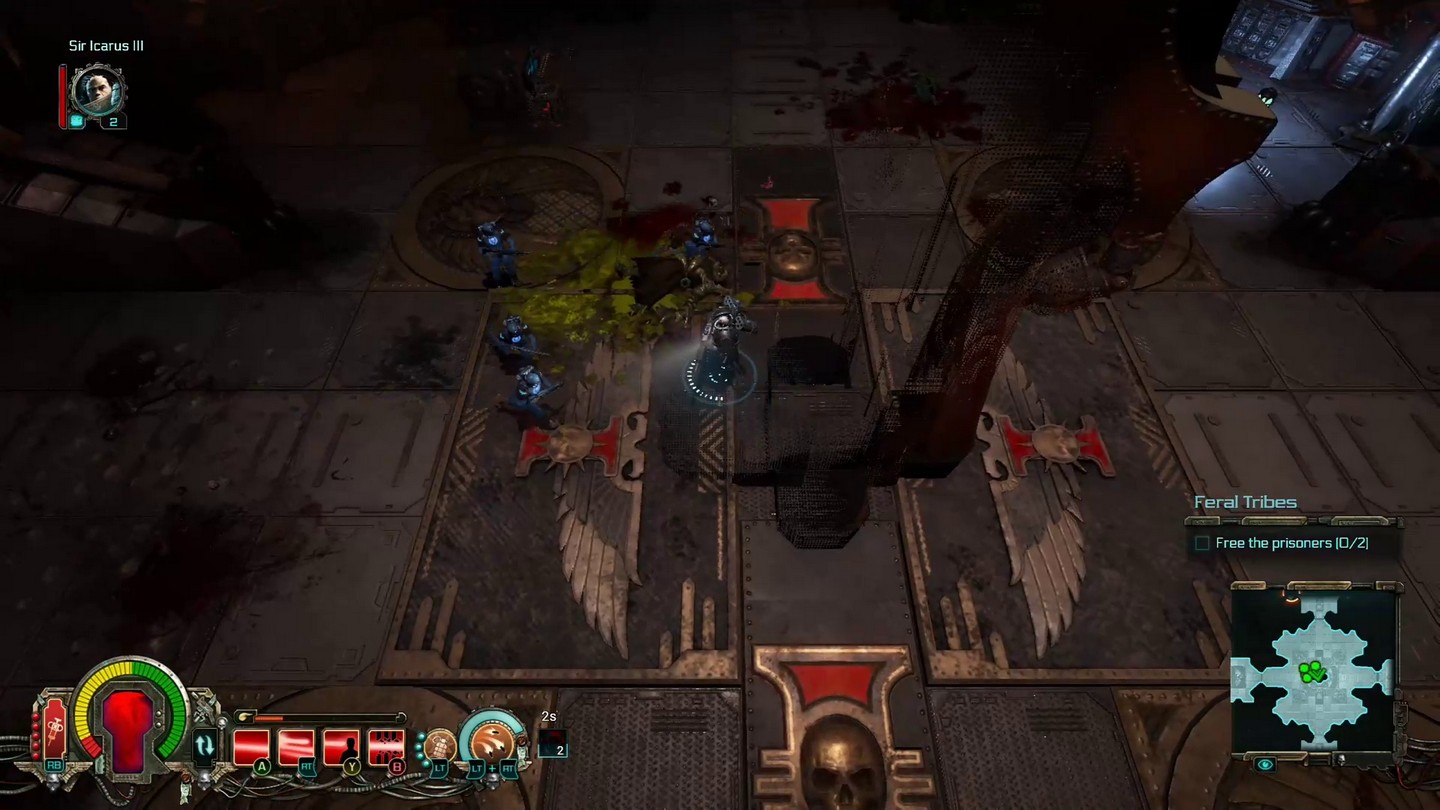 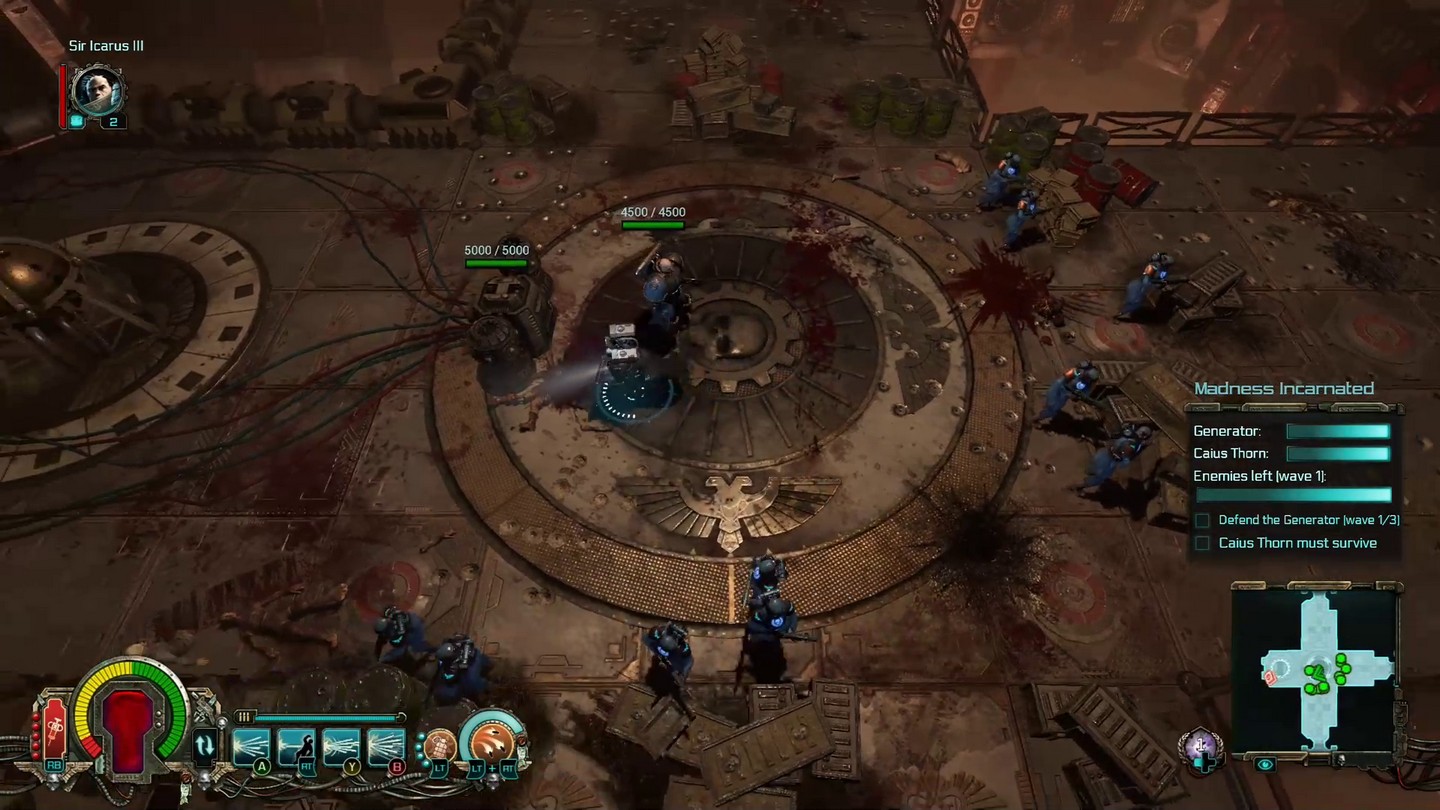 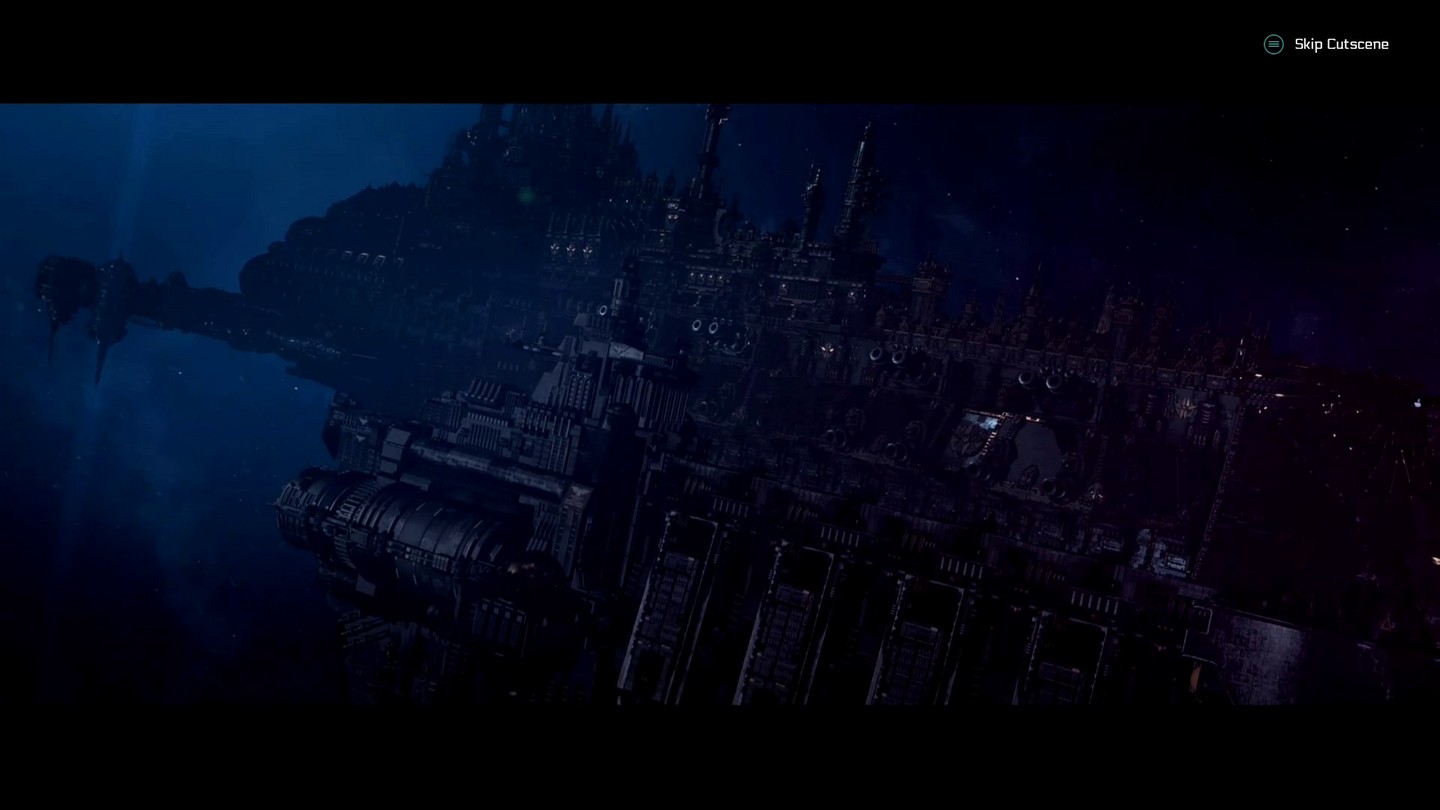 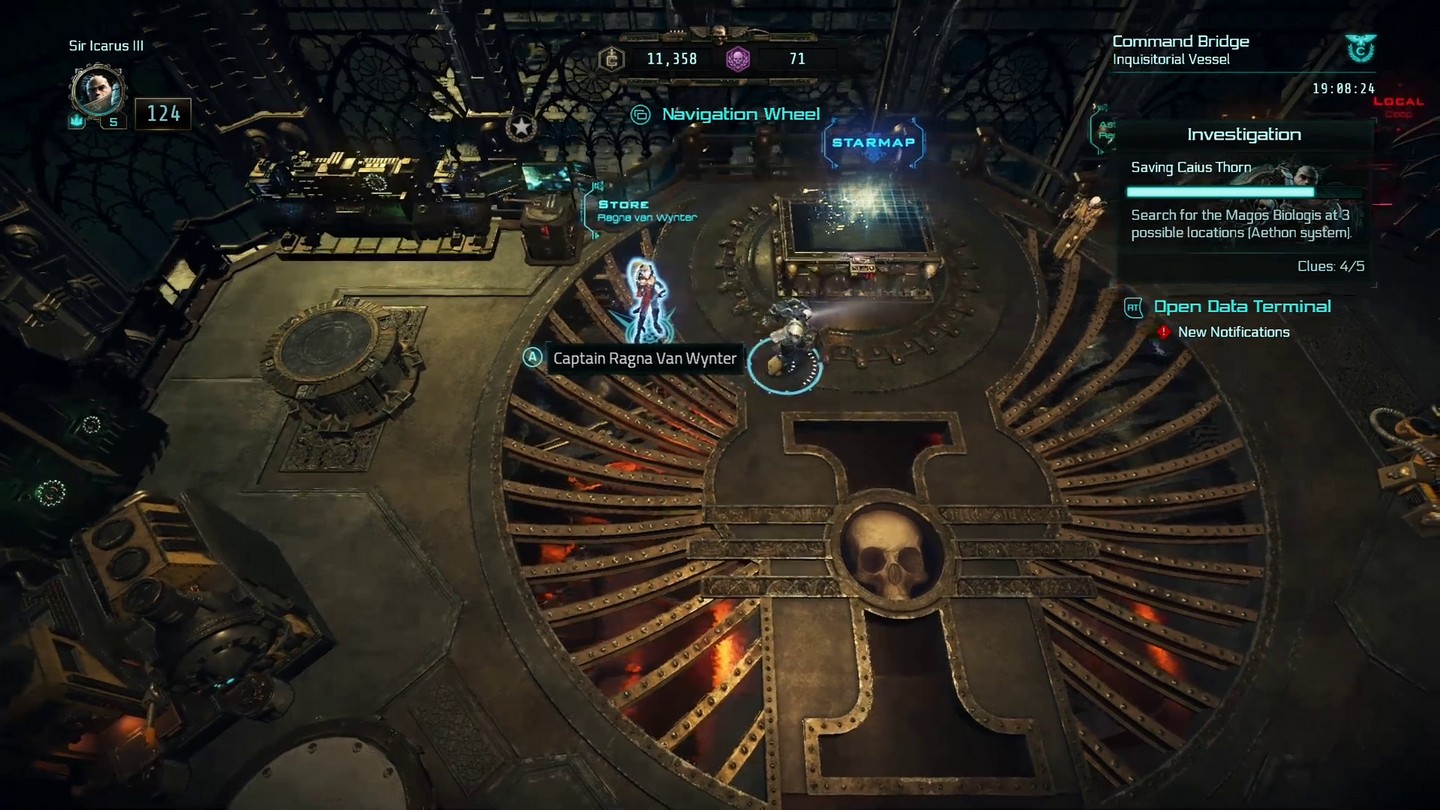 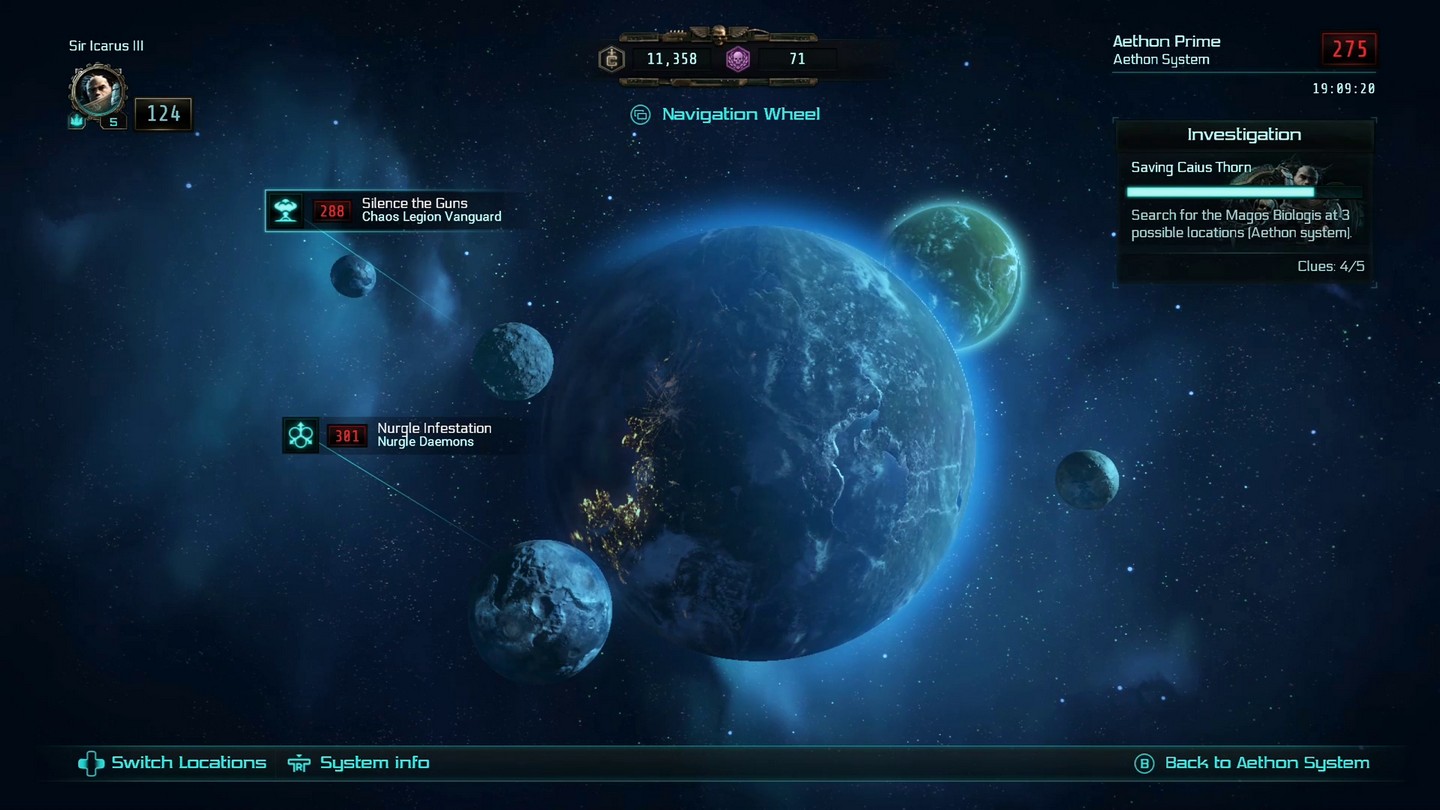 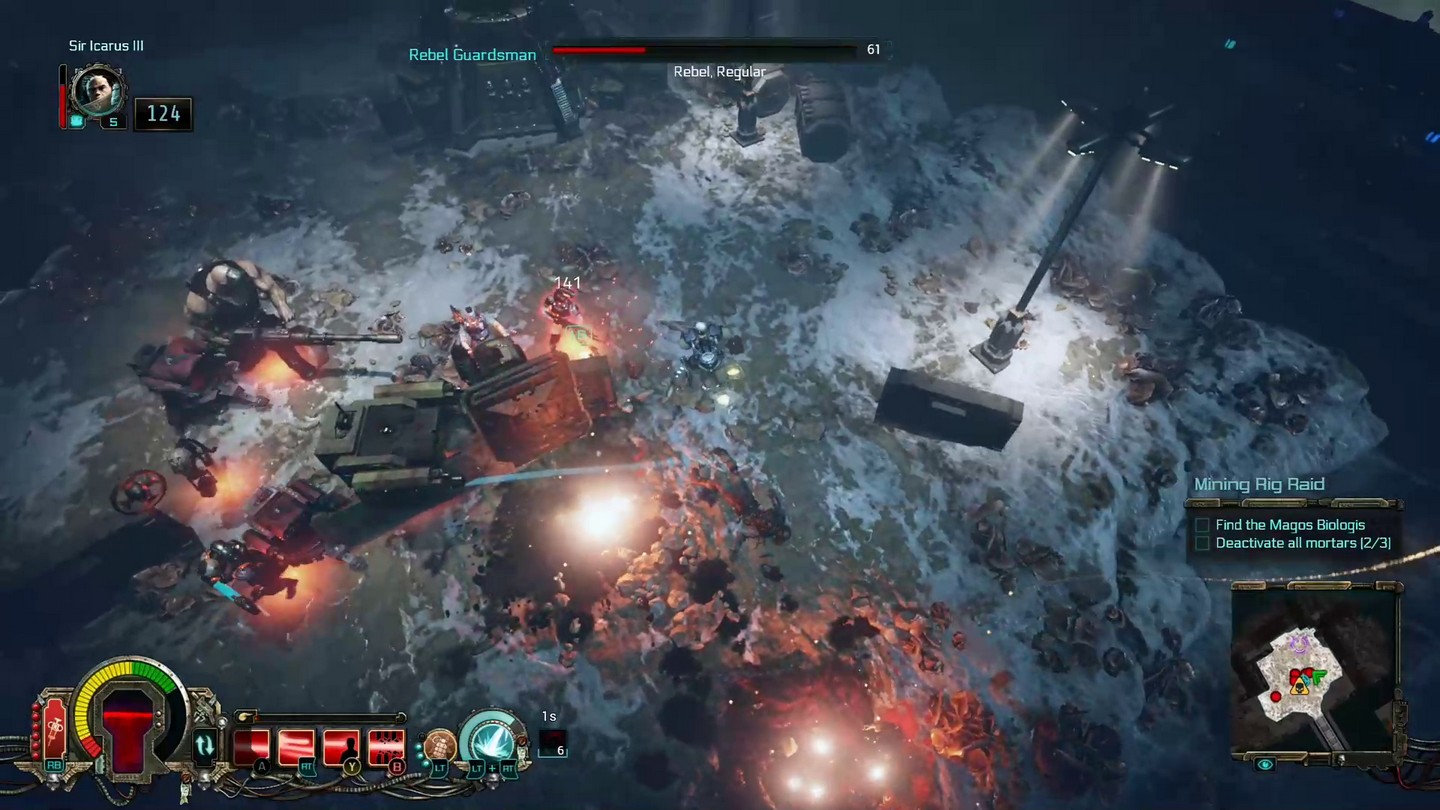 Stacking on top of that the extreme lack of map types, which have only got randomised points of interests and basically nothing else, as well as every one of the 4-5-minute missions being some variation of an uninteresting fetch quest, and any hope of a compelling reason to play Inquisitor goes out the window.

With a lack of any kind of originality, good design, good gameplay or even a bug free experience, this is a game that will be very easy to avoid. Piled on top of that is a buggy, out-of-date engine, non-responsive controls and quests that amount to “go here and kill that one enemy you have killed 100 times”, and Inquisitor can really only be recommended to the most hardcore of Warhammer 40k fans. And even then…