Formula 1 is the most popular and highest class single-seater motorsport. A loyal fanbase revels in its glamour, gold, drama, and tragedy. The games aim to capture both invested fans and casual players with each edition. Ever since 1983’s Pole Position, these titles progressively advance with new technology and ideas to entice devoted consumers. For the last nine years, the reigns of the IP belong to a single studio. Has their experience with the sport and games finally lead to the perfect F1 simulator?

F1 2018 is Codemasters’ newest installment in the franchise. The game features the current year’s full roster of drivers, manufacturers, and tracks. As in previous releases, the developer includes historical cars and events for full enjoyment. The full-track action is made up of various modes; Career, Championships, Grand Prix, Events, and Multiplayer.

Racing-sims have a strong focus on graphics and sound, requiring superb optimisation for releasing on PlayStation 4, Xbox, PC, and soon to be mobile version. Without a doubt, F1 2018 is the best-looking edition of the series so far. The Formula One cars are beautiful to look at and sound beastly. Acoustic changes when switching from cockpit to third-person view are a welcomed fine detail showing care for design. Every track is attractive and near photo-realistic. Whether enjoying the blaring Australian sun at Melbourne’s Albert Park or drenched in a night storm in Singapore, the game looks outstanding.

The only drawback to graphics is the character models. Codemasters aims for realism yet is stuck in an awkward uncanny valley that often makes racers look stiff. Daniel Ricciardo’s usually happy smile can seem a little off-putting and garage mechanics feel bland and robotic. Additionally, a massive framerate drop is noticeable on the PlayStation 4 version in scenes including character animation. It pulls the immersion away from the player and knocks it back a few positions.

“Hot laps on Italy’s Monza circuit in a classic Ferarri feels more therapeutic than any other race-sim project.”

A favourable catalogue of classic cars from the beginning of the sport up until early 2010s, makes for a nostalgic and varied experience. Hot laps on Italy’s Monza circuit in a classic Ferarri feels more therapeutic than any other race-sim project. The cars are accurate in their control, lacking the high-technology assists of the newer models and satisfyingly challenging to drive. Codemasters’ attention to detail in both the 2018 roster and the vintage vehicles is clear and adds merit to the title.

Last year’s installment introduced a deeper and comprehensive progression system within Career mode. Players were able to increase their championship potential with various specific upgrades. Chassis improvements, engine upgrades, aerodynamic tweaks and more unexpectedly intimidating options were available. Receiving this feedback from casual players, Codemasters’ simplified this system in 2018. Achieving certain objectives earns Development Points to invest into a familiar looking ‘skill-tree’, displaying improvements a player can make towards their car and team. Instead, bank the points half-way through the season for the beginning of the next. Whether this option is useful or not will differ from person to person. However, it’s nice to have. 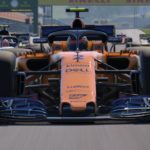 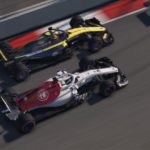 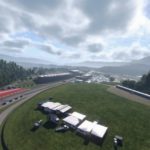 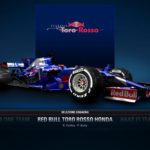 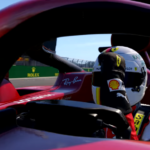 The major let down in Career is the seemingly tacked-on personality building segments. Between races and sessions, a poorly animated media journalist will approach your character to ask a few questions. In an RPG style fashion, four options are available which lead to a positive or negative reflection on your team or others. Bad mouthing another team may limit your chances for receiving a contract offer with them next year. Unfortunately, the impact is lacking depth and doesn’t appeal. Showmanship or Sportsmanship can be received from certain responses, too. Attempting to choose the responses that sound sportsmanlike will help receive a contract offer from a sportsman focused team. Despite this, it seems like performance in the championship trumps all. If you consistently win every race, any team will offer a position. The system’s bare-bones and poor implementation just feels dull.

Casual players can jump straight into Championships, Single Races, and Grand Prix modes for a simple race around one of the many famous circuits. The latter lets players choose multiple tracks to build a season of their choice, picking from classic cars if so desired. Multiplayer has a similar ease of entry, only dedicating about 20 – 40 minutes a race depending on track and length. Despite the incredible detail Career mode goes into, and the competitiveness of multiplayer, Codemasters provides easy access for those who just want to fly around popular locations in the world’s fastest cars.

While being casual-friendly, the complexity of F1 2018 is still deep. Jeff, the personal head-engineer will relay suggestions throughout races. In the garage, he’ll briefly run through what suspension, transmission, front wing aerodynamics, and the lot change so a novice racer can make smart tweaks. He’ll provide useful guidance around investing points for upgrades during Career mode and feedback mid-race on times to pit or change strategy. The race call-outs are automatic or requested using almost flawless voice commands like ‘Driver behind’ or ‘Car status’. Adversely if he’s becoming a bigger pain than Pastor Maldonado, a simple ‘Shut up, Jeff’ will do just that. Pressing L1 in a race will pop-up stats about the current field, engine, tyres, temperature, braking, and more for those who understand it. Codemasters include plentiful data and depth for the die-hard player base with newcomer friendly features. 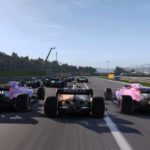 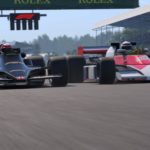 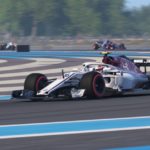 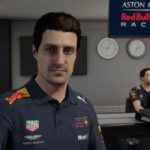 It can be difficult to navigate the mid-race stats while focusing on driving despite the simple user interface. This is why implementing voice is wonderful. Utilising the feature is almost integral in higher difficulty races for both casual and advanced drivers. A dire and immediate change to strategy may be required and merely speaking and keeping the hands on the wheel helps maintain concentration. Having Jeff promptly respond to commands while overtaking the pesky Hamilton Mercedes may be one of the most immersive driving experiences in gaming. Regardless, it is clunky to handle during gameplay and doesn’t support players without a headset.

“…the community corrupts the multiplayer and often makes it unplayable.”

Multiplayer works and it doesn’t work. In a private lobby, it’s fantastic. Connection is perfect, voice controls and communication is great, and races run smoothly. However, enter a public lobby with a full grid and things will go pear-shaped. Despite a new ‘clean driving grade’ indicating a players consistency on track, races always end in intentional ramming, poor sportsmanship, corner cutting, unfair penalties, and frustration. Additionally, various hilarious but blatant bugs like starting on top of another car and other graphical glitches are common. Like prior F1 titles, the community corrupts the multiplayer and often makes it unplayable.

Racing simulators are a cult market in today’s gaming industry. Despite being not well known and commonly undermined, competitive racers are a prolific part of eSports. Masses of racing wheels, chairs, other peripherals, audiences, and sponsorships at international competitions really shows how invested the niche community is. Codemasters give F1 2018 what it needs to best its last entry, with fantastic gameplay, graphics, and mode tweaks. Accommodating features for newcomers and deep tactics for die-hard fans will keep everyone happy. It isn’t the best race-sim of all-time, but it’s the best Formula 1 racing simulator out there.