The Gardens Between Review – An instant indie masterpiece

The Gardens Between is a charming, endearing, and perfectly crafted indie experience. Created by a small Melbourne-based developer, the game tells a personal story as you explore the memories and imagination of two young friends. The game is imaginative, novel, engaging, clever, and downright gorgeous. It contains a level of quality to its visual style and subtle storytelling that would make even the most cantankerous gamer instantly fall in love.

The Gardens Between takes place on a variety of small island structures. Each island is made up of natural formations intertwined with objects and props from the memories of our two protagonists. The boys explore these environments and therefore explore their past, as each object around them is pulled directly from the memories they have formed and the moments they have shared together. The world they explore is quite surrealist in nature and quite frankly gorgeous to look at, but each environment also brings its own set of challenges for the player to overcome.

The Gardens Between is a puzzle game at its core, but the way the game creates those puzzles is like nothing I have seen before. The two boys explore each island, not via traditional control methods, but via the rewinding or fast forwarding of time. At certain moments within that timeline the boys can interact with objects such as lanterns or switches that remain active even once time is rewound. It’s via these exceptions to the standard time formula that allows the world to shift, paths to open, and the boys to progress. With the game boiling down to three types of input (fast forward, rewind, and interact), I thought there would be serious limitations to the depth of puzzle solving. But the creativity and ingenuity of the game’s design meant that I was constantly surprised and delightfully perplexed by the puzzle laid out before me. I was wrong to have my doubts.

What does and does not follow the standard flow of time isn’t always obvious, leading to more dependency on trial-and-error than your typical puzzle game. Although I often found the process of discovering these oddities absolutely delightful. Freezing time whilst your character stands on a hose and watching as the water continues to build up or jumping on a saw blade repeatedly as you rewind and fast forward time until it cuts through a plank. These are just two examples of how the game endearingly plays with the normal flow of time. The best part? The game takes place in the imaginations of two young boys, so any pompous critiques over the inconsistency of the time mechanic is instantly quashed.

“Watching snapshots of our two characters throughout moments of their lives together is heartwarming. But understanding the fragility of that relationship based on proximity is equally heartbreaking.”

The progression of time is inevitable, but it’s not always favourable. Watching snapshots of our two characters throughout moments of their lives together is heartwarming. But understanding the fragility of that relationship based on proximity is equally heartbreaking. Their friendship during those points of time probably felt like the most impactful and important parts of their lives, but in the grand scheme of time those moments were but fleeting memories. The idea that these two characters can explore their memories, rewind them and pause them at any given time is empowering. But every story eventually comes to an end.

The relationship and the narrative of these two friends is powerful. And The Gardens Between manages to achieve that without any dialogue, and without explicitly attempting to tug at the heartstrings. There’s a delicate subtlety to the whole thing that makes the story so real and so relatable. I saw my younger self reflected in these characters in a way that very few games have ever managed to achieve. Placing props like a ‘hills hoist’ clothesline within the world made the game more location-specific and more authentic. It was a small piece of Australiana that resonated and made me feel like these memories could have been my own. 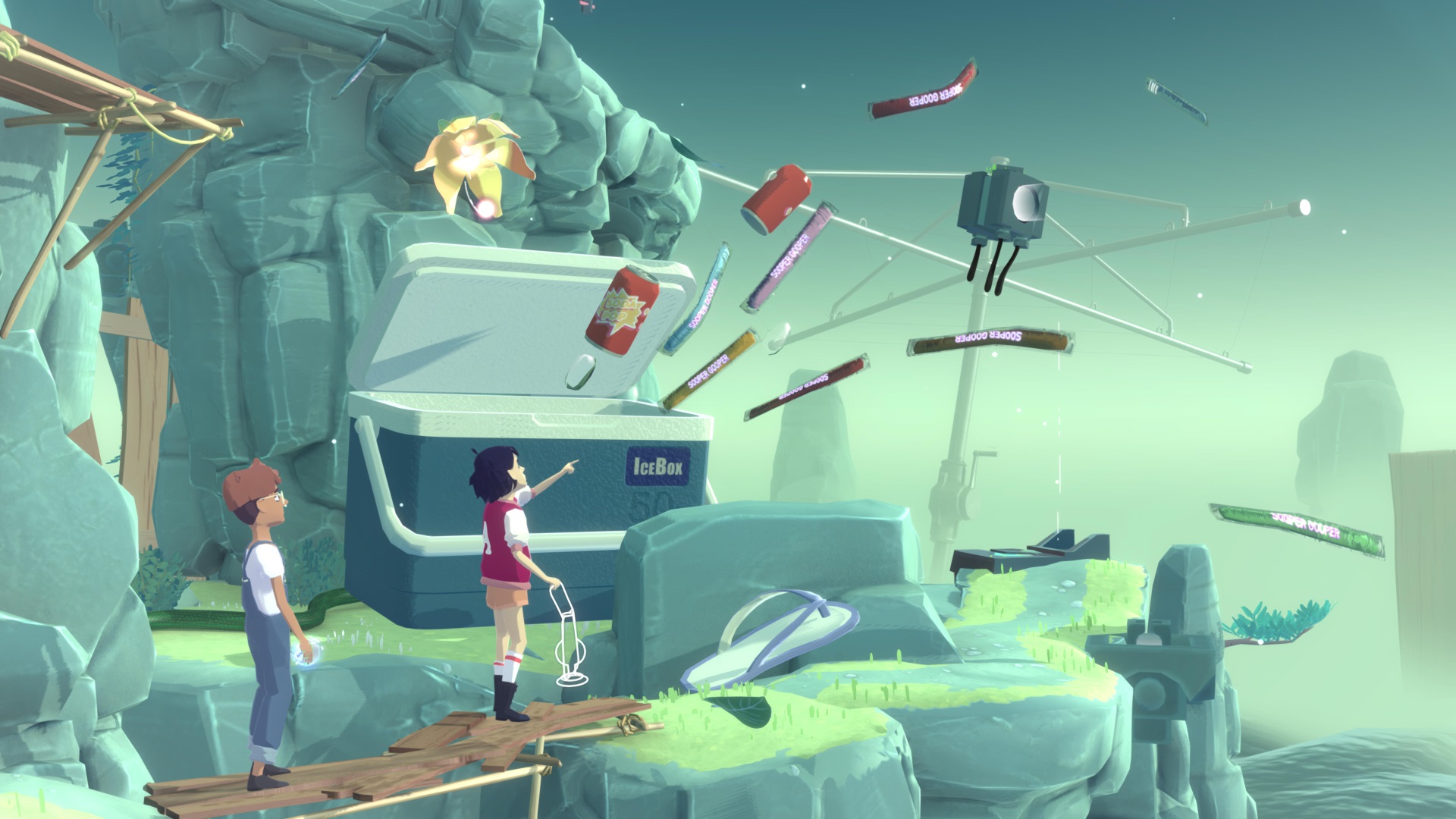 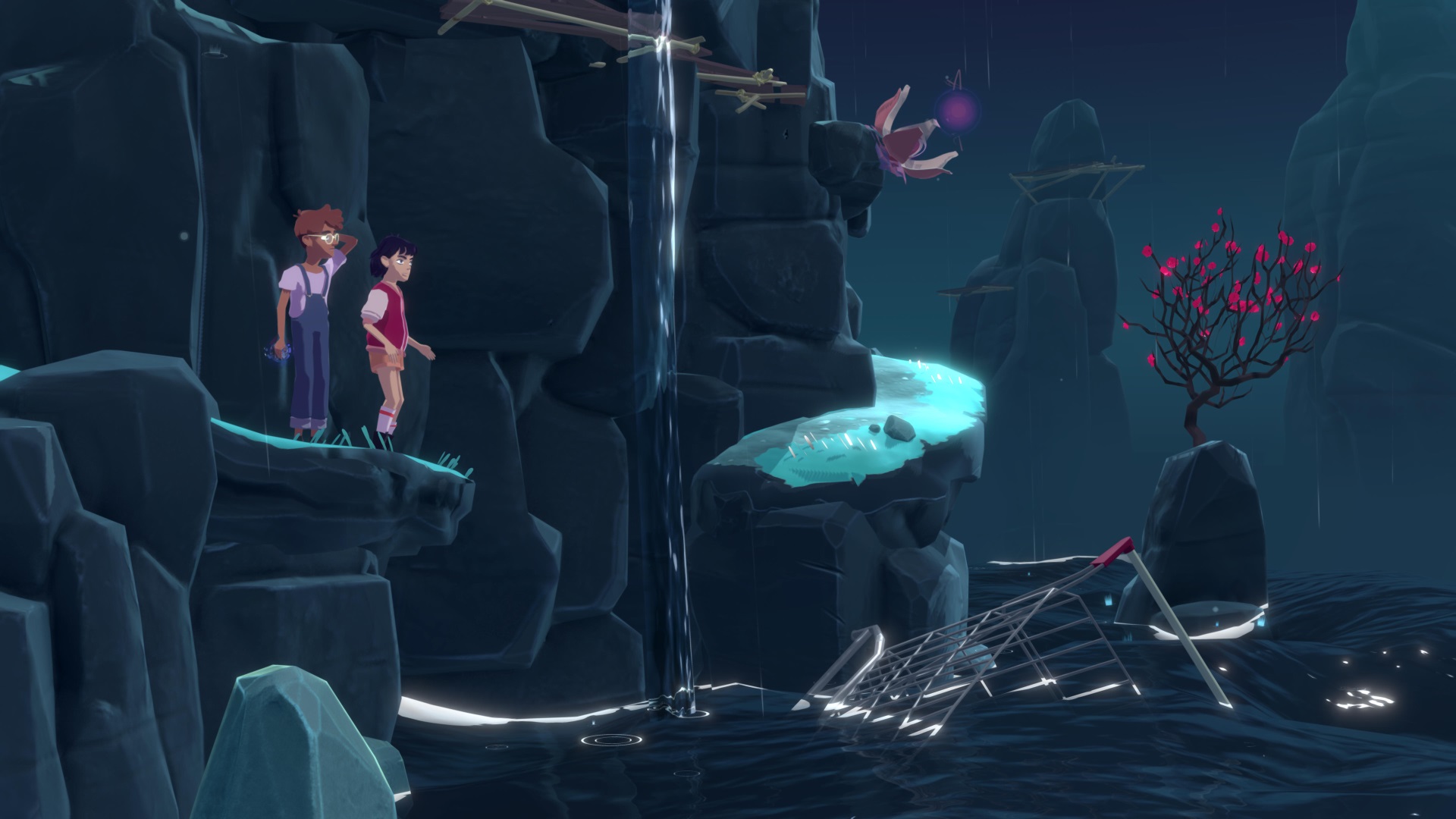 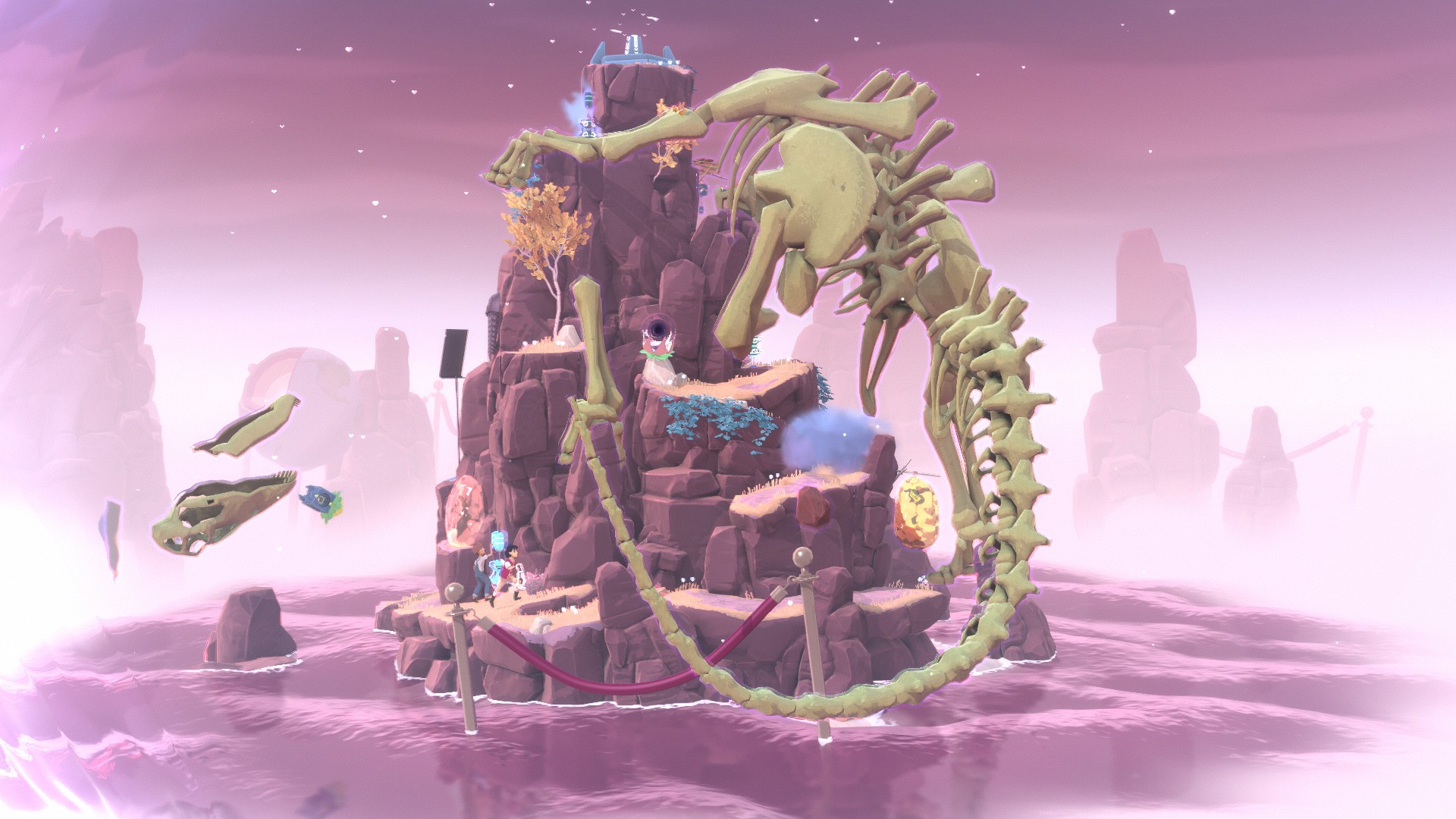 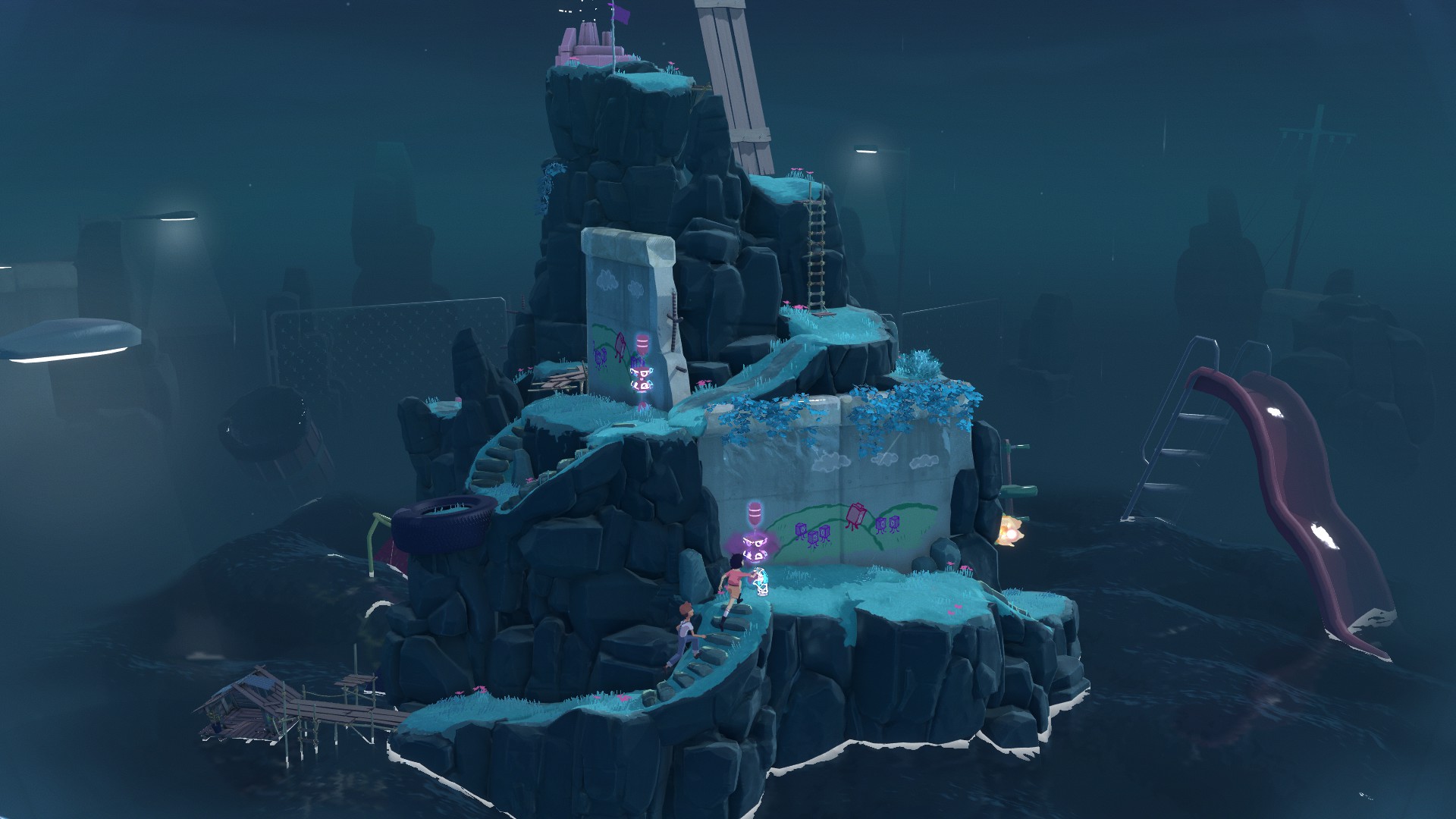 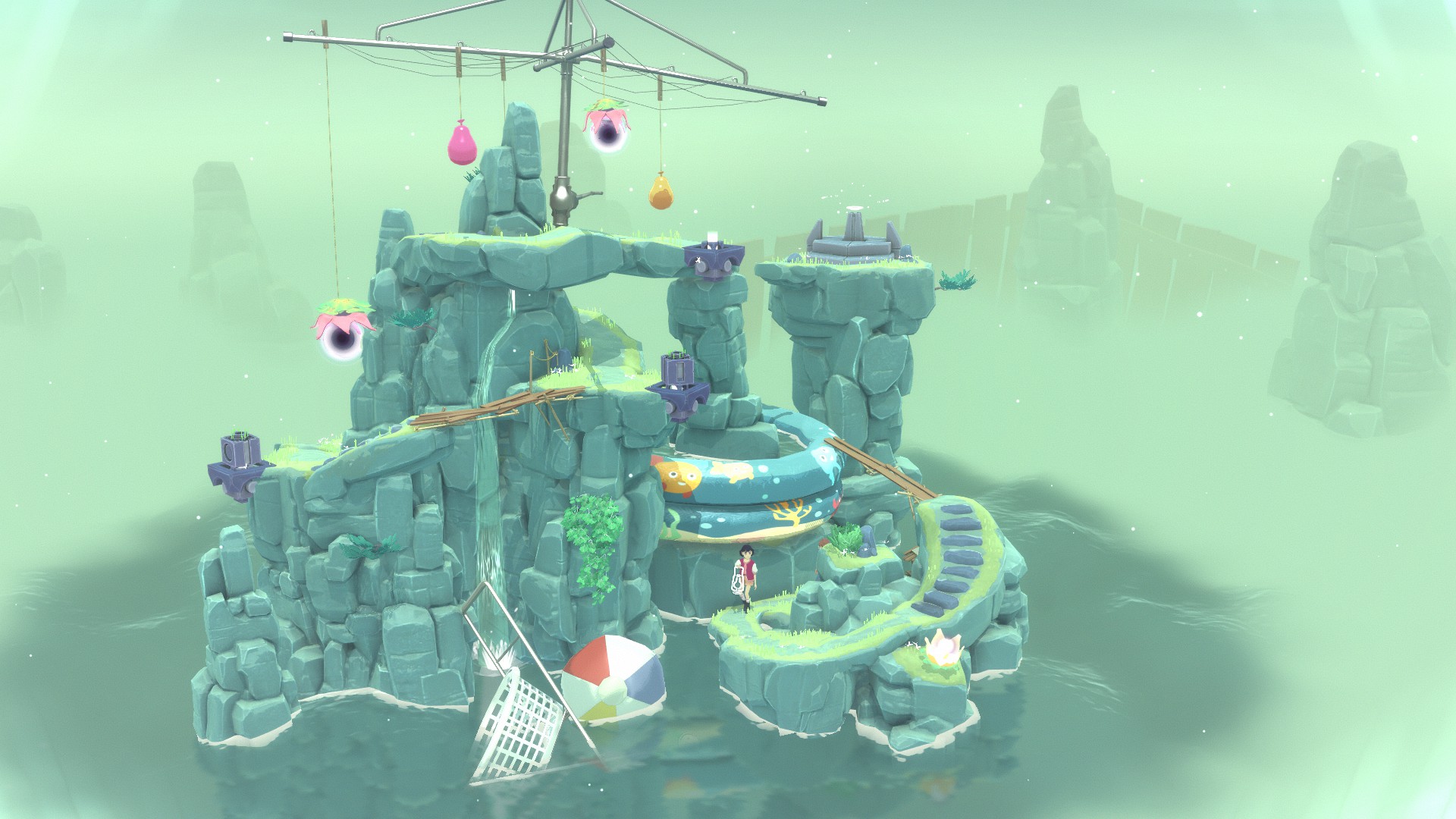 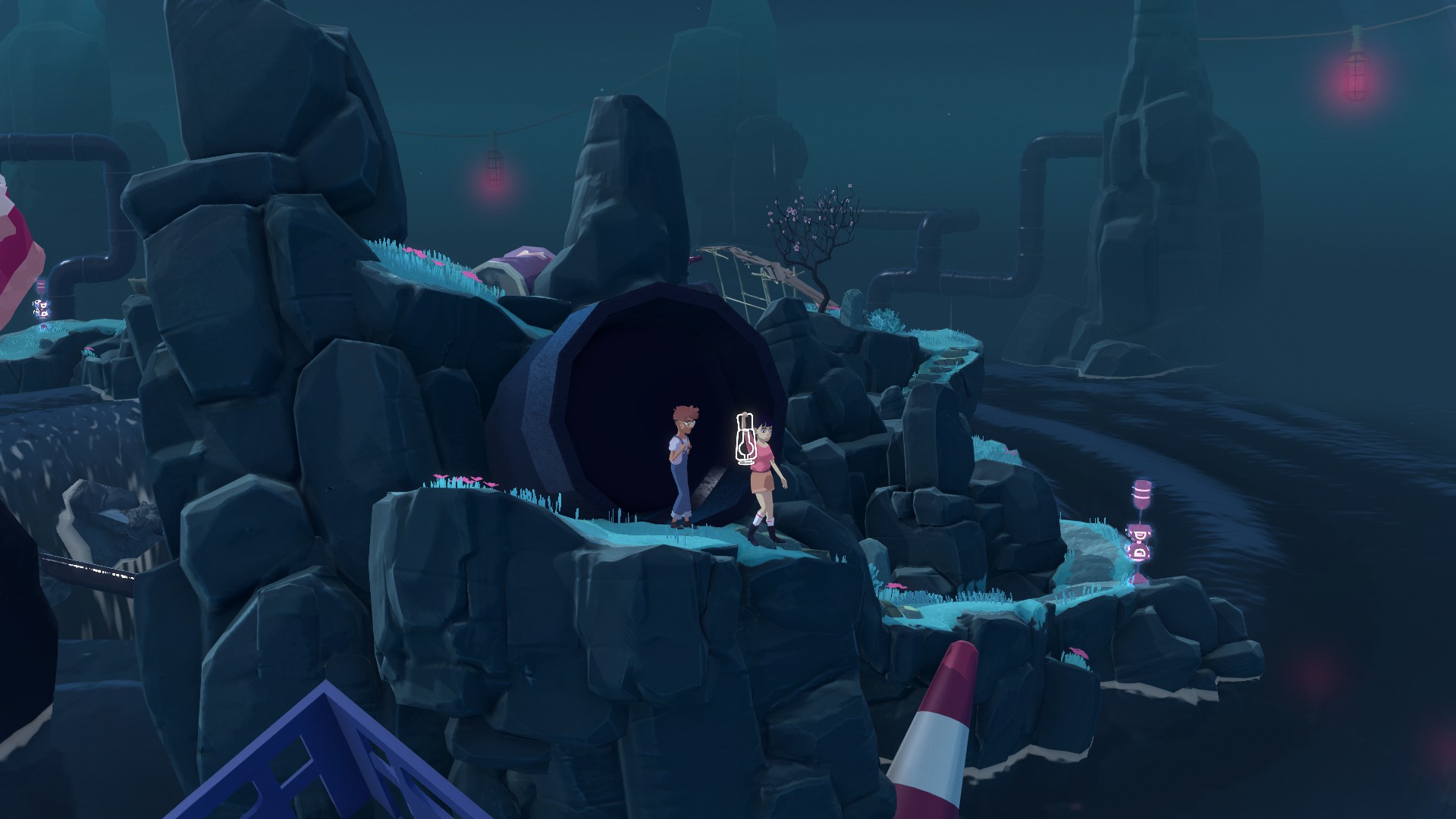 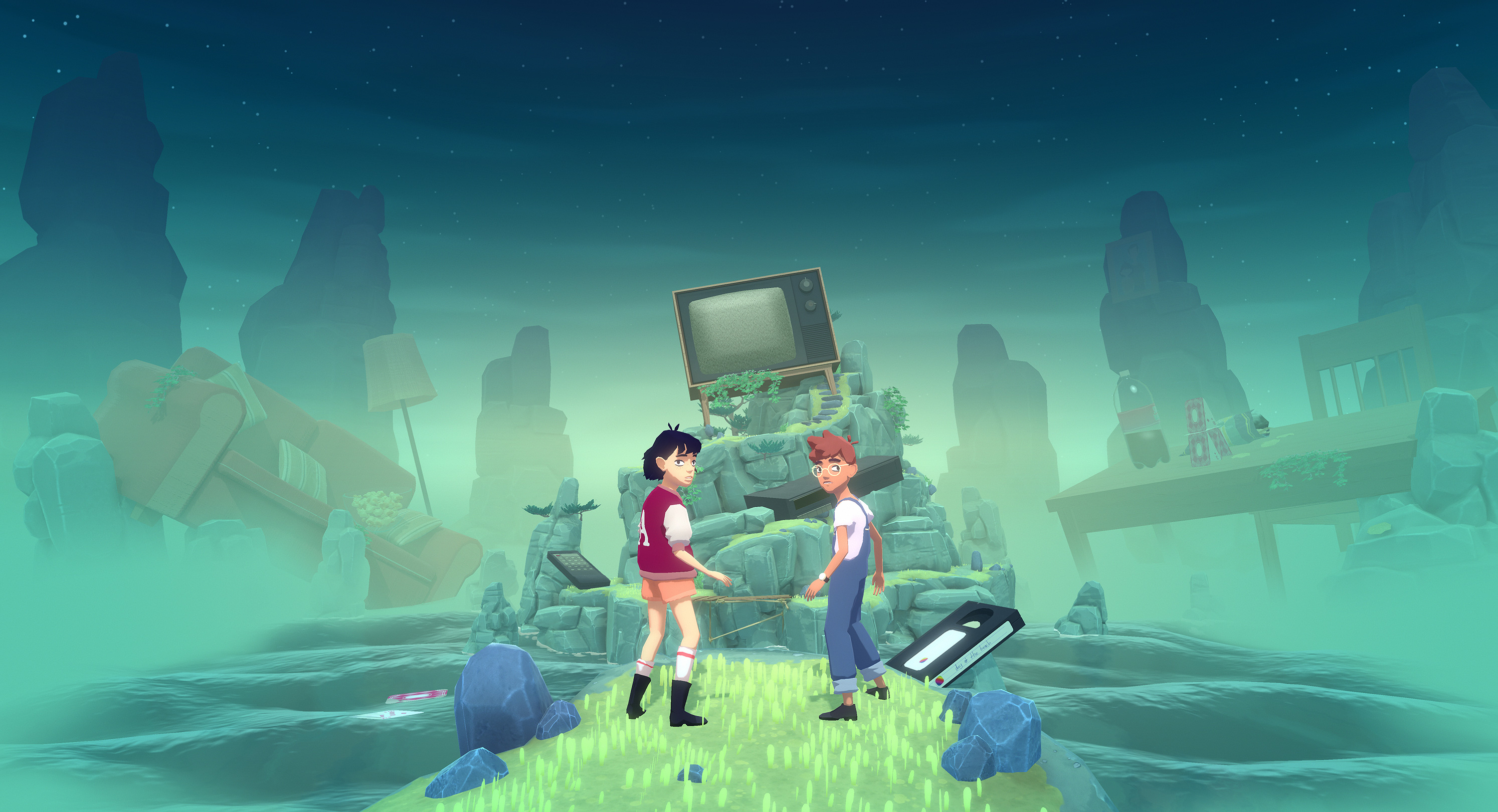 It’s hard not to sing the praises of The Gardens Between without pointing to the game’s stunning visuals. The game’s style is quite simple and pared-back but absolutely gorgeous. There’s a vibrancy and charm to the visuals that matches the theme and atmosphere of the game perfectly. The animations of the characters and the world is very smooth, as is the way the camera rotates around each island as time moves. Time can be stopped at any given moment, meaning any single frame within the game can be lingered on. Yet no matter how hard you try, you won’t find a single frame of this game that doesn’t look like a piece of art.

The Gardens Between absolutely took me by surprise, even after trying a demo last year. The game has a quality and substance I wasn’t expecting and managed to engage me in both an intellectual and an emotional way. This little puzzle game is oozing with charm and tells such a delicate and subtle story. Do yourself a favour and experience it for yourself.