A family. Digital monsters. Deleted memories. These are the key ingredients to the new psychological sci-fi horror title Transference, a joint venture between Ubisoft Montreal and Elijah Wood’s company SpectreVision. The game is designed and available across most VR platforms, but is also playable on regular old PS4/Xbox One/PC as well. I played through on PS4, and can confidently say that this review would not have been completed if I had played in VR.
{2 sp00ky 4 m3}

The game is marketed as a movie-length experience, and I was able to complete it in a single sitting. While clocking in at around 2.5 hours, Transference has a stickiness to it that I feel will be with me long after the game is wiped from my hard drive.

And after playing the game, that last sentence scares me.

Transference gives you a short live-action cinematic to set the scene: Raymond Hayes, a computer scientist, has figured out how to take physical brain data and digitise it into a computer. Taking the consciousness of himself, his wife, and son, Hayes creates a twisted reality in which the player must escape. By flicking between different perspectives (tastefully done via light switches in-game), you must solve the puzzles and mysteries that haunt the apartments above Harmony Music Store, and help piece together the broken emotions, memories, and consciousness of the Hayes family.

The game isn’t too far removed from the now-exhausted “walking simulator” genre. But with a healthy dose of exposition, taut atmosphere, and genuinely engaging puzzles, Transference stands apart from the crowd. The constantly glitching world in which the game takes place lends itself well to the tension, leaving me unsure of what was a real clue, or a stray digital memory. The scares are few-and-far between, yet are visceral enough to certainly warrant and jump or two.

Trial-and-error are your best friends whilst playing through the short experience, with a few puzzles leaving  me genuinely stumped. Many items are just there for environmental story telling, but don’t be deceived: the humblest of items can lead to the strongest breakthroughs. In the words of Raymond Hayes, “every problem has a solution”.

“…with a healthy dose of exposition, taut atmosphere, and genuinely engaging puzzles, Transference stands apart from the crowd…”

What struck me hardest whilst playing was the game’s thick atmosphere; the rooms are soaked in history and character with almost every pixel on-screen giving you some piece of the puzzle. From the manic scrawling in Raymond’s consciousness, to the beautifully haunting depression evident in his wife Katherine’s artwork, and finally the panicked confused terror of their son Ben, Transference successfully depicts 3 fractured psyches jumbled together in one digitally imploding apartment.

I gradually became emotionally invested in each of the family member’s struggles: I felt pity for Raymond’s obsession over his formulas, I grieved for Katherine as she felt the distance grow between the family, and I felt scared for Ben as he shrunk further down into his own nightmares.

The presentation is absolutely top notch across the board. The live-action sequences blend effortlessly with the in-game visuals, even when presented over the top of each other. Colour palettes change between perspectives, making it easier to familiarise yourself with each character, while the environmental objects also change to reflect the individual struggle of each of the Hayes family members. The devil is in the details, and Transference absolutely delivered in this respect.

The small cast deliver their performances wonderfully, and I can’t help but feel that the expert guidance by Elijah Wood and his team ensured that the drama and tension wouldn’t be lost under a less-than-perfect casting and delivery. Even though I only spent such a brief time with the Hayes family, they felt authentic, believable, and well rounded. Their pain, fear, and madness were palpable on the screen, and I can only imagine just how much more authentic that would feel in VR. 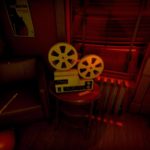 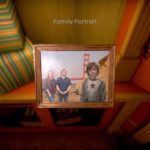 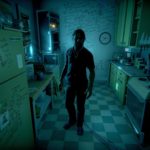 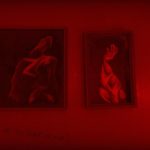 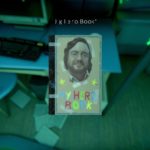 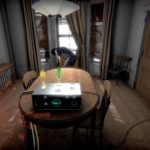 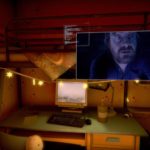 My final thought is that Transference leaves a little too much unanswered once the credits roll. While the struggle and conflict is well constructed, the resolution is much more clouded. Does this leave room for another chapter in the Hayes’ story? I hope so. However as a self-contained experience, I am left wanting more.

I highly recommend Transference for anyone whose imagination was captured during their dazzling E3 debut. The game delivers on almost every front, and certainly sets expectations high for the next title from SpectreVision.

Keep your wits about you, read everything, and listen carefully; Transference is a complex-yet-fair puzzler that dips its toes just far enough into horror to keep your heart rate up and tensions high.