My 25-odd hours with the game saw me lead my squad through a tumultuous war campaign, a variety of landscapes, and encounters with a range of villainous foes. From the headquarters to the battlefield, there is plenty to soak up in Valkyria Chronicles 4 and, with its availability on both PS4 and Switch, the game is a solid starting point for new fans looking to get involved in the series.

The premise isn’t too far removed from that of the original Valkyria Chronicles: the allied Federation is at war with the formidable Empire. You lead Squad E as Claude Wallace, a career soldier who has risen through the Federation ranks quickly, much to the chagrin of some of his counterparts.

The heart of the story lies with the main cast’s emotional stakes in the war: their hometown’s occupation, the loss of comrades, and the strength found amidst great suffering. Thankfully, the game is littered with twists and turns that nearly make up for the slow first 10 hours, and did well to keep me engaged when my interest began to dwindle.

Indeed, the pace in which the story unfolds is exceedingly slow in the first half of the game. The time between battles is dominated by lengthy conversations that often have no great bearing on the overall plot. Whilst most of the time this is an annoyance, there are rare moments of delightful chemistry between characters that makes the time-sink worth it.

That said, there came a time where I was constantly mashing X to blitz through conversations that didn’t engage me in hopes to get to the game’s true strength: combat.

In my opinion, Valkyria Chronicles 4, and the series at large, is at the forefront of tactical RPG gameplay. The combat has such a robust depth and a plethora of strategic options with each instance providing an opportunity to try something new. In fact, the game pretty much forces it.

The transition between birds-eye tactical control to third-person action is seamless, and sets the game apart as one of the most engaging in the tactical RPG genre. While the camera and impact edges of some environments can be problematic, overall moving throughout the game is a smooth experience.

New orders, unit types, weapons, and techniques are dropped into play steadily across the game’s lengthy playtime, challenging players to keep trying new strategies. Balancing your team with the different classes, boosting your stats with orders, and taking the path-less-travelled can often lead to surprising advantages against the opposing team.

Trust me, you want to be familiar with different approaches to combat. At about the 15-hour mark, a time where most players would be settled in a routine, the game throws some major curve-balls (I won’t spoil it) that require new thinking to overcome.

You can’t play Valkyria Chronicles 4 without falling in love with its storybook presentation style. The warmth of the colours, the faded borders, and not-so-subtle references to the fact that the game actually exists in a book make Valkyria Chronicles 4 a very charming experience. Filling the book with war stories, skirmishes, soldier side-quests, and exploring the headquarters adds depth and variety to the game that could very well have been left out. Sega goes above and beyond to ensure there is always something to do if the story is getting a little slow for you.

Wanna try out some new weapons? Try a skirmish. Got extra XP and development funds? Train you soldiers, learn new orders, or build some new tank parts. Got some soldier’s you are particularly fond of? Get to know them better in their own self-contained side-quests. The game wants you to become deeply connected to Squad E so you feel the pain of loss when one of your soldiers dies in combat, and feel joy when a new friendship is formed through struggle on the battlefield. 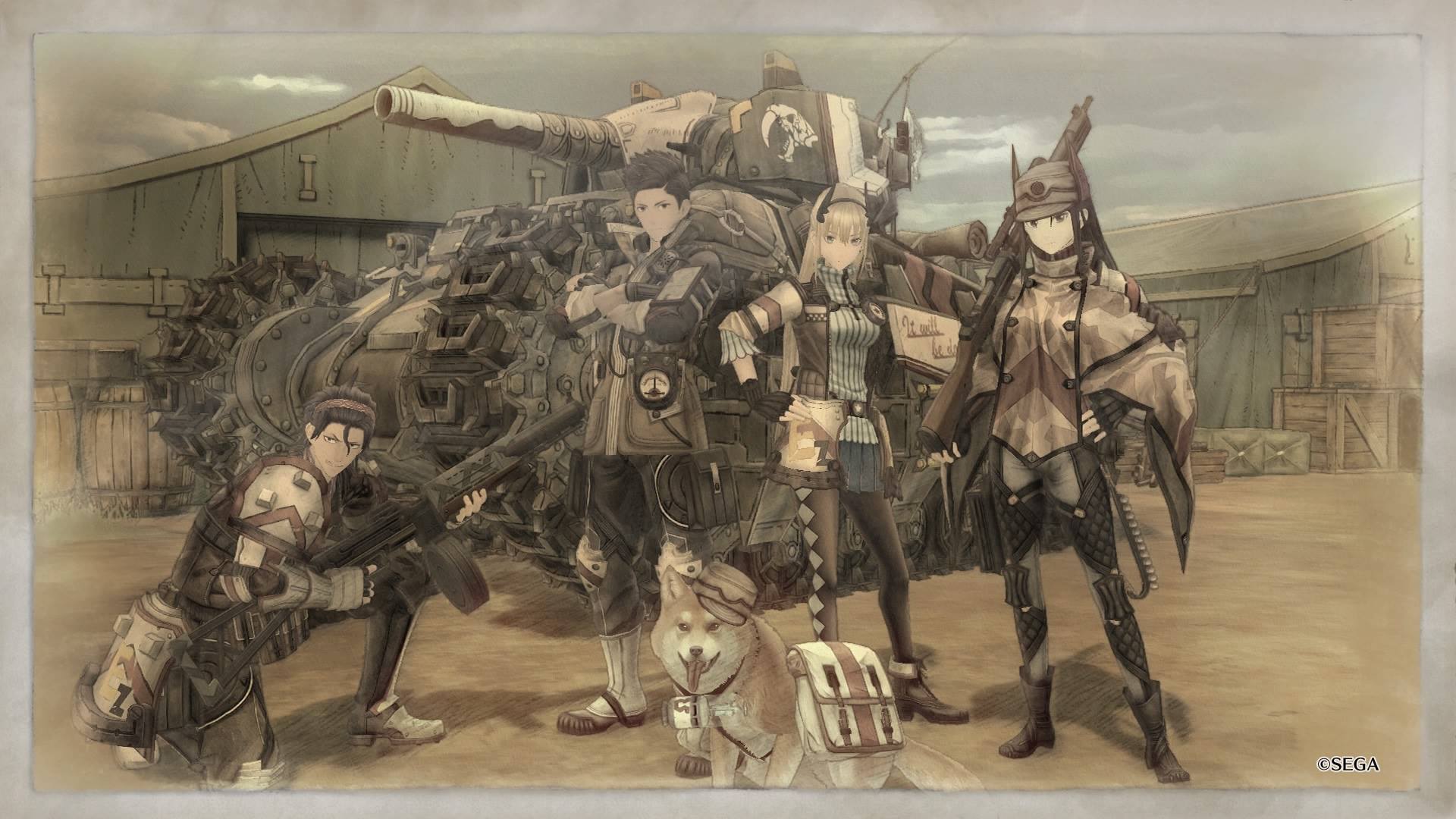 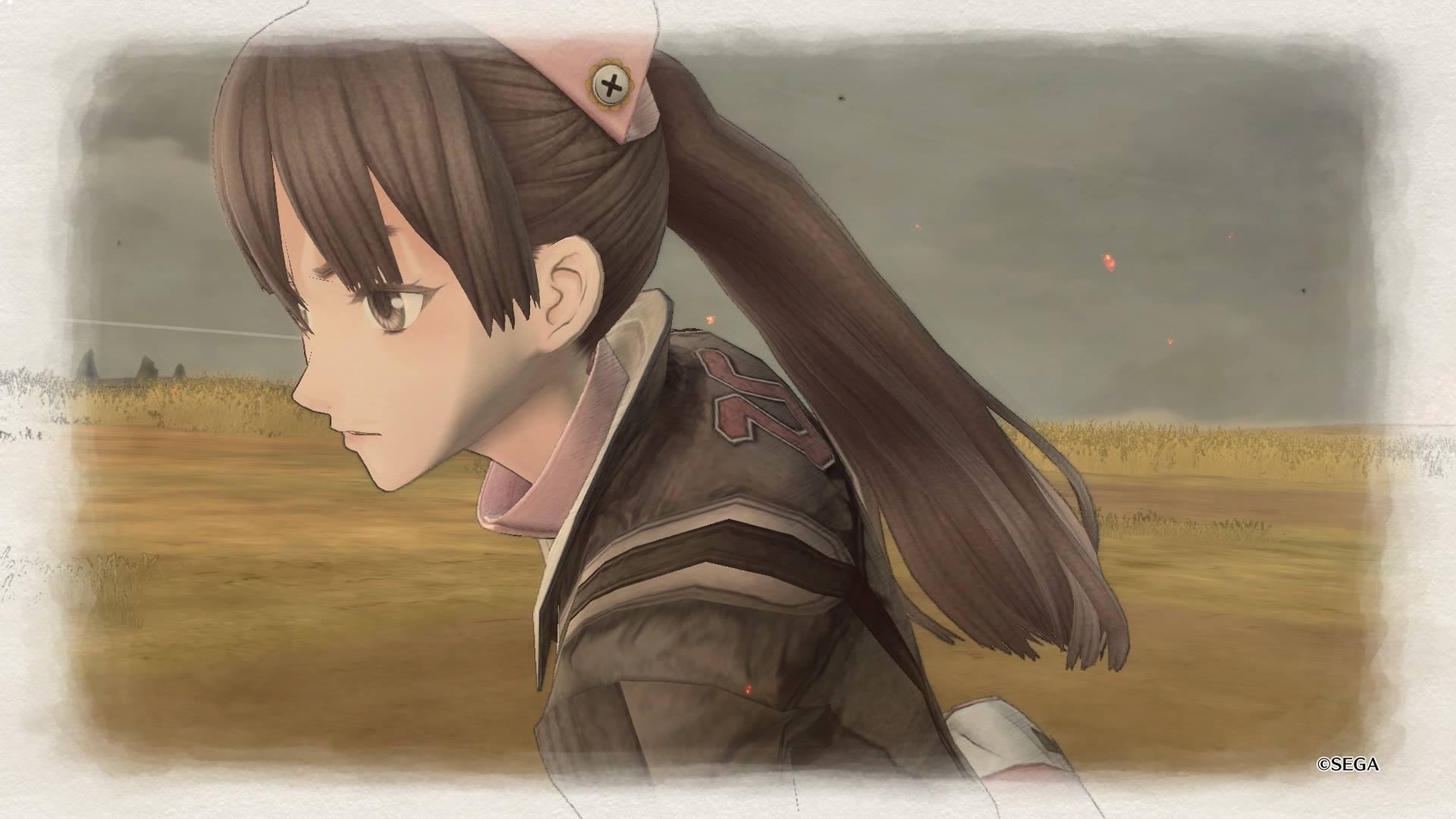 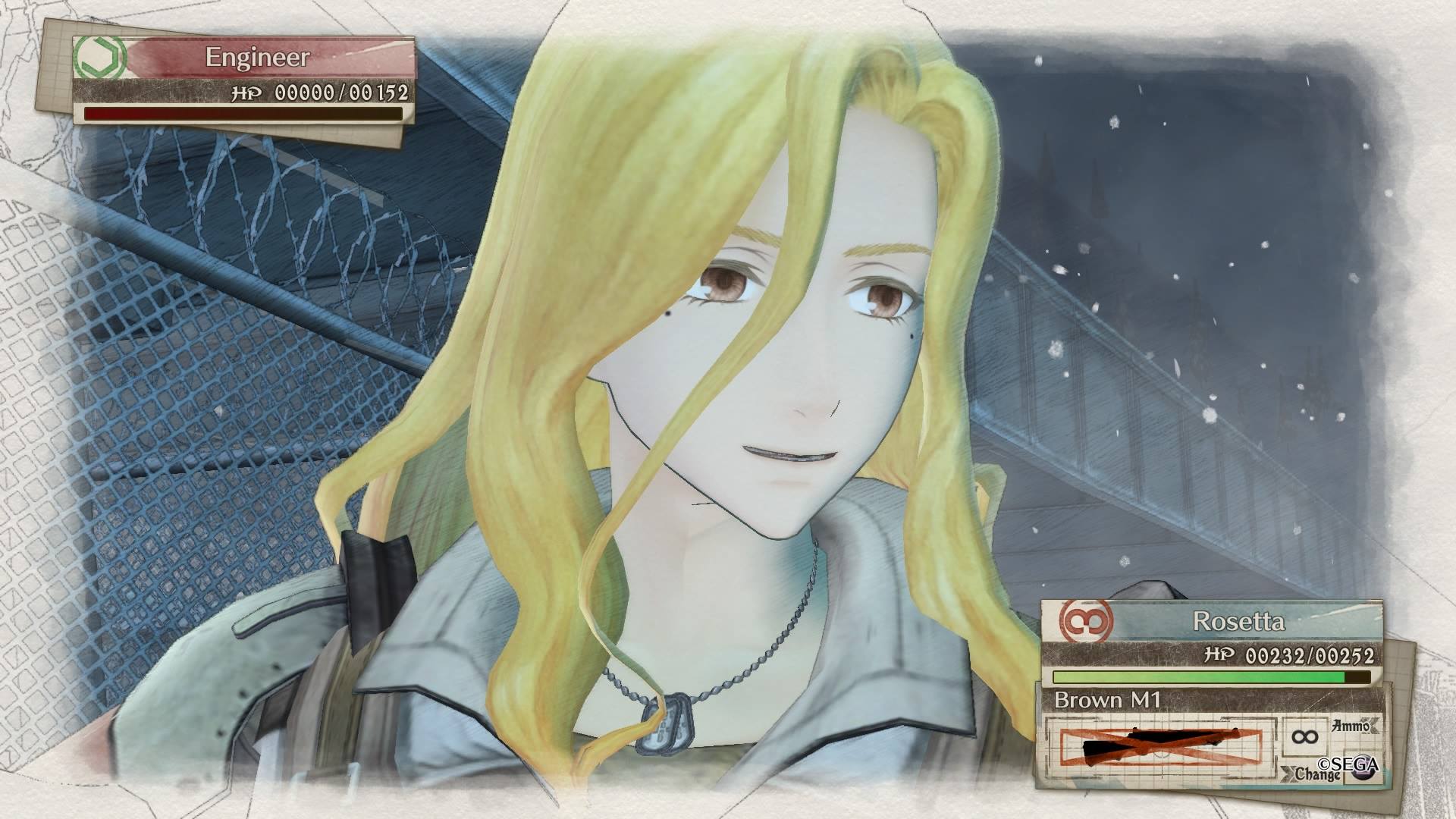 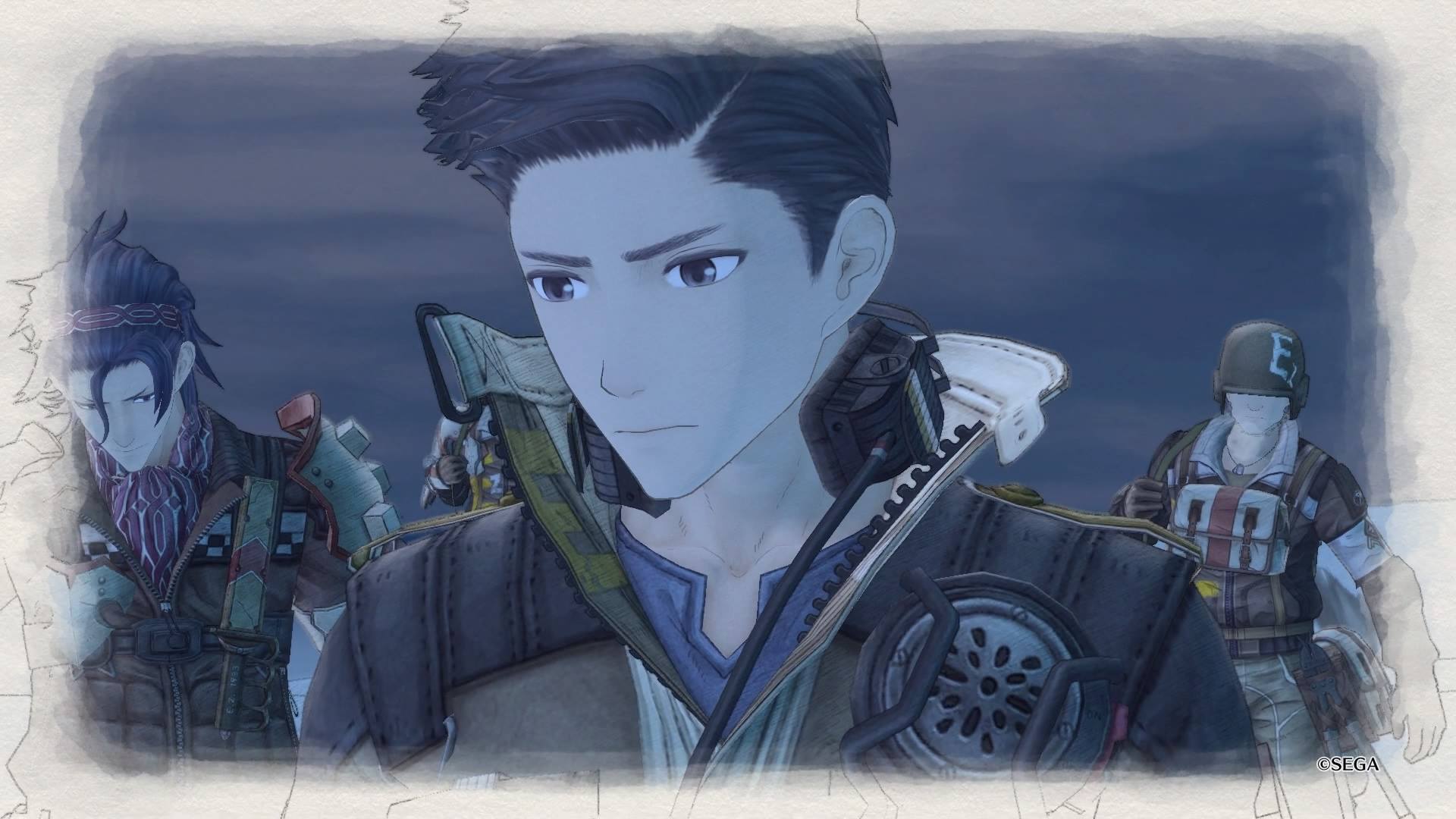 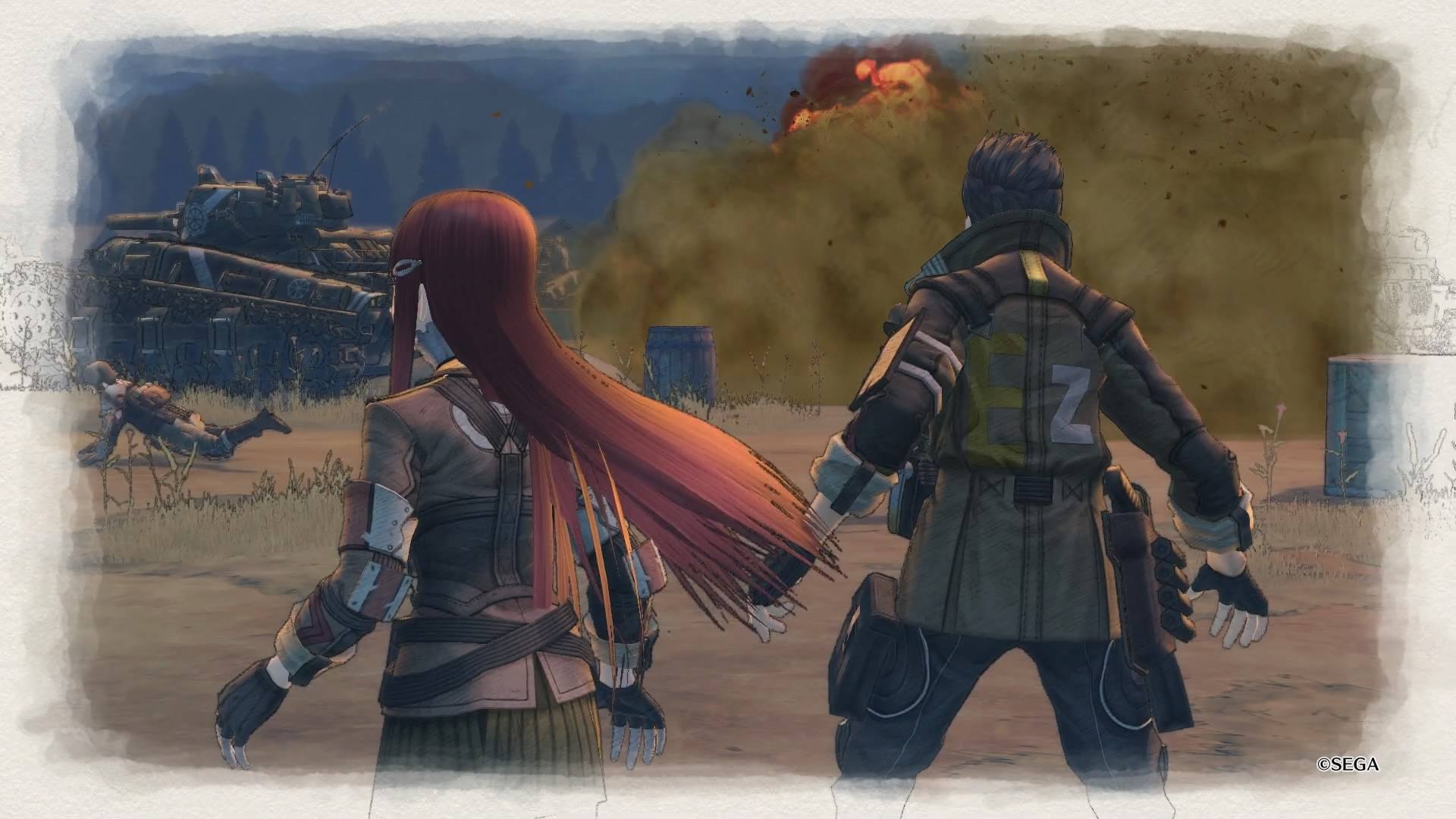 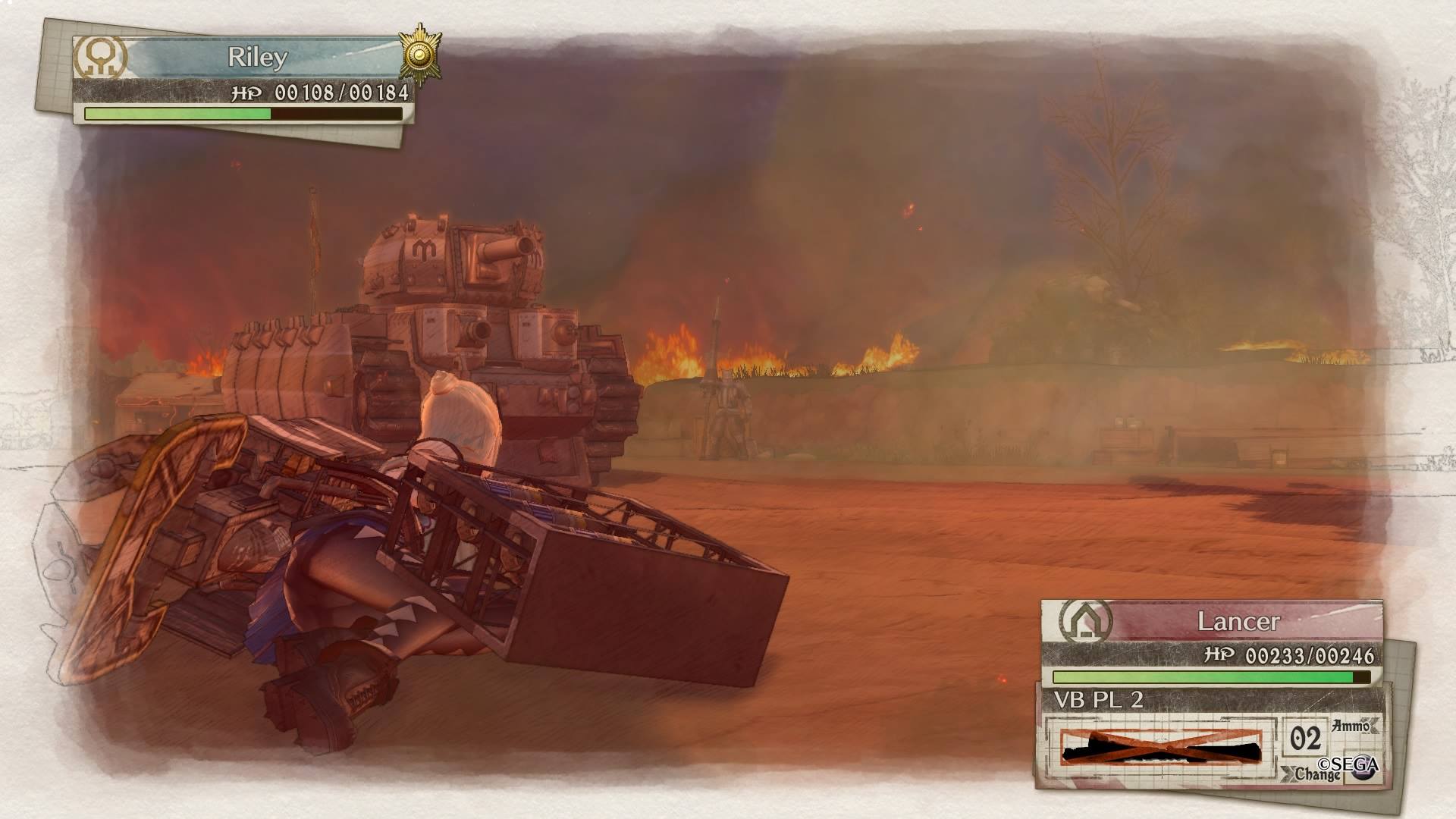 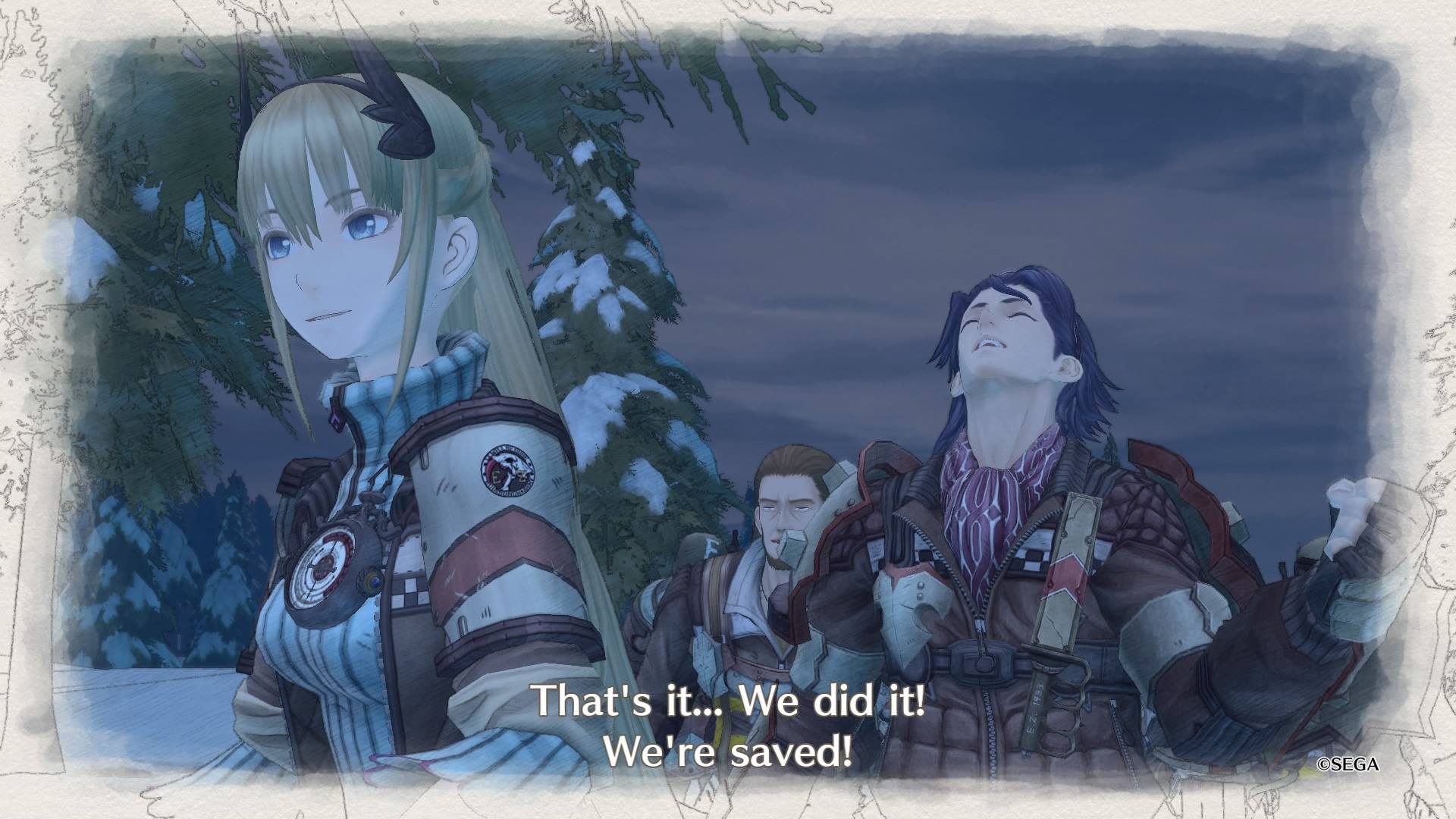 If voice acting is important to you, then Valkyria Chronicles 4 may be a challenge. The English voice cast ranges from competent to completely unbearable – much like any dubbed anime. When I couldn’t take it anymore, I switched over to the Japanese voice over and boy-oh-boy is it better. Having just come off a Yakuza binge, the charismatic warmth of the Japanese voice cast was soothing to my ears, and I highly recommend it for the more audio-inclined gamers out there.

The music in the game is fairly competent, if a little boring, but sets the scene well. Combat instances have uplifting horns and percussion, while the more heartfelt moments of the story have light whimsical notes bouncing across the soundwaves. Overall, there aren’t many notable melodies or cadences, as video game scores are often ones you don’t notice; it does the job and exists behind the action.

Valkyria Chronicles 4 isn’t a perfect game, but as far as tactical RPGs go, it sits at the head of the table. A great blend of action and strategy, strong story beats, and great presentation do well to overcome the padded length, bad voice acting, and dull music. I look forward to the future of the Valkyria series, and I recommend Valkyria Chronicles 4 to anyone who is looking for an entry point to the franchise.