Call of Cthulhu Review – Lovecraftian horror at its best

The works of H.P. Lovecraft have always had a special place in video games. The themes of madness and staying sane in the face of otherwordly horrors have influenced many horror games, such as Amnesia: The Dark Descent and Darkest Dungeon. Now, French developer Cyanide Studio has gone back to the source with Call of Cthulhu, the video game adaptation of the popular Call of Cthulhu tabletop roleplaying game. Drawing from multiple elements of Lovecraft’s Cthulhu Mythos, Cyanide has crafted a chilling and atmospheric horror experience that will delight fans of Lovecraftian horror.

The story takes place in 1924, where players control Edward Pierce, a former WW1 soldier who has become a washed up private investigator in Boston. Pierce is hired by the father of Sarah Hawkins, an artist who had allegedly burned her manor down and died in the blaze, along with her husband and son. Her father is convinced that there is more to her death, and sends Pierce to investigate.

Pierce travels to the island of Darkwater where  the Hawkins family lived. There, he must question the inhabitants and get to the bottom of the mysterious circumstances surrounding her marriage and paintings. Needless to say, things aren’t as simple as they initially seem, and Pierce is drawn into a terrifying conspiracy involving inter-dimensional horrors, a deadly asylum, and a cult bent on reviving a sleeping god.

“…the RPG features are not very significant to the game, and influence actual gameplay quite rarely.”

Taking cues from the original tabletop RPG that Call of Cthulhu is named after, players must upgrade Pierce’s stats throughout the adventure. These stats include psychology, occultism, medicine and eloquence, among others. Using these skills can open up new dialogue options and paths throughout the game.

That said, the RPG features are not very significant to the game, and influence actual gameplay quite rarely. Furthermore, two of your stats, medicine and occultism, can’t be upgraded with normal skill points, and must be upgraded by special books you find around the island.

Whilst these stats can open up new tidbits of information about the island and its inhabitants, they don’t impact gameplay very much. Fundamentally, all players will have a mostly similar experience no matter how they allocate their experience points. That isn’t to say that there aren’t branching paths; the game has multiple endings depending on your actions throughout the game. However, the RPG elements of this horror-RPG feel a little half-baked, especially compared to other tabletop RPG adaptations, like Vampire: The Masquerade. 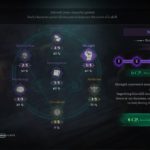 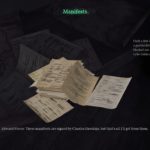 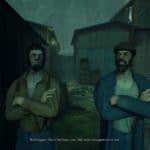 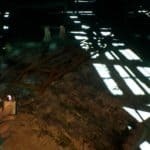 The rest of the game involves interviewing inhabitants and asking them about what they know of the case. I felt for the most part that the voice acting was strong, and character designs were quite detailed, even if the poor lip-syncing was a little distracting at times. Cutscenes are advanced via dialogue trees, where some optional dialogue choices are locked behind skill gates. I liked how some dialogue choices forced you to make a decision within a few seconds. This element added tension as I made choices based on gut instinct.

Other times, you are using Pierce’s detective skills to recreate crime scenes. These sections were fairly straightforward, and usually just amounted to looking around for the next object to interact with. It might have been nice if they had needed more deduction on the part of the player. That said, it was a compelling way of fleshing out the world and establishing Pierce’s credibility as a private investigator.

I enjoyed the game’s minimal user interface. There are no objective markers, and players must use intuition to figure out how to advance from dialogue cues. For the most part, Call of Cthulhu’s puzzle sections hit that sweet spot of being challenging, without being so unintuitive that players must use a guide.

Furthermore, many of the game’s challenges reward experimentation with multiple solutions. An example is when you have to cause a distraction in a hospital. To cause this, the player can overcharge the generator, blow the gas pipes or just bribe one of the patients to draw everyone’s attention. You have to search around to find these different solutions, but it is a pleasant alternative to other adventure games, where the player must try to figure out the one solution the developer had in mind.

There are also some stealth sections, where players must avoid guards or monsters. These sections kept me on the edge of my seat, as the game always keeps it a little ambiguous as to when you’re in view, making every movement feel like a risk. Pierce is claustrophobic, and can only hide in closets and air vents for a small period of time before needing to get out. This added an extra element of tension to those sections, as hiding itself can be dangerous. I might have appreciated more abilities to deal with the threats (such as being able to distract or dispatch my pursuers), but I appreciate that, as a horror game, it is important to make the player feel threatened. 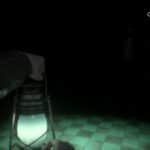 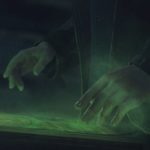 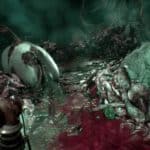 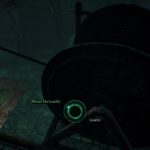 Where Call of Cthulhu shines is in its creepy atmosphere. Darkwater Island is surrounded in a thick foreboding fog, and everything has a damp, rotting quality to it. Later on, as Pierce’s grip on reality becomes more unhinged, it becomes difficult to distinguish between dream and reality. The designs of the monsters and settings feel appropriately alien and mysterious.  You never quite lose the sense that you’re in dangerous territory. Overall, Call of Cthulhu brings well-executed horror, and only occasionally goes for cheap jump scares.

Call of Cthulhu is a very enjoyable atmospheric horror experience. Darkwater Island is full of strange and fascinating  characters, and interacting with them and uncovering the mysterious conspiracy is a compelling and creepy adventure. Some fans of the tabletop game might have preferred a stronger emphasis on the role-playing and stat-upgrading elements. Even still, the branching narrative gives enough reason for a second playthrough, and fans of Lovecraft’s Cthulhu Mythos will love the numerous references to those works. All in all, you could do far worse for a compelling horror game for Halloween in 2018, and if you’re in the right mindset, Call of Cthulhu will draw you right in.