Omega Force’s Dynasty Warriors series has always been somewhat polarising in the West. These games allow you to mow down hundreds of enemies with a single attack and they are always great spectacles. However, the series as a whole has seen criticism for being too simplistic and repetitive. Warriors Orochi 4, which is a crossover between the China-focused Dynasty Warriors series and the Japan-focused Samurai Warriors series, brings many new features to the table. It might not necessarily win you over if you have yet to enjoy one of Omega Force’s previous entries. However, fans of the hack and slash genre will find plenty to like, especially if they are looking for an improvement over Dynasty Warriors 9.

Story-wise, Warriors Orochi 4 is a fairly good starting point for newcomers. Whilst it takes place canonically after Warriors Orochi 3, all of the playable characters don’t remember the events of the previous games, and are meeting everyone else for the first time. You may still be quite lost if you haven’t played a Dynasty Warriors or Samurai Warriors game before. However, the core narrative is fairly easy to follow.

The Greek god Zeus has combined Feudal Japan and Three Kingdoms-era China. In the confusion, war breaks out between the characters, both against characters from the other franchise, and against each other as a result of old rivalries. All the while, mysterious Ouroboros Bracelets have been scattered about the place that grant godlike powers.

You play as an ever-expanding band of characters from both franchises as they recruit more warriors to find out what’s going on, eventually taking on the Greek gods themselves. The plot is fairly rote and full of fan service, but as an excuse to have all of these characters interacting and teaming up, it is good enough. Playing through the game unlocks optional character interactions that longtime adherents to Dynasty and Samurai Warriors will enjoy.

Unfortunately, like its predecessor Warriors Orochi 3, this entry doesn’t come with an English dub option. Whilst the English voice acting for other Omega Force games has ranged from serviceable to hilariously terrible, Warriors Orochi 4’s narrative is harder to follow if you don’t speak Japanese. In particular, a lot of character interaction and exposition is delivered during combat. The only way to follow it is to read the subtitles on the left hand side of the screen. Trying to read a paragraph and focus on what your character is doing at the same time during combat is rather difficult, and it meant that I missed a lot of crucial story dialogue.

The rest of the narrative is delivered in occasional fully rendered cutscenes, as well as disappointing static character portraits. Compared to the last game in the series, Warriors Orochi 4 feels a little barebones in terms of features. The story mode is a lot more linear, with only a handful of branching paths for side characters. In addition, there is no longer an explorable hub, with everything being navigated with drab menus.

“Whilst each character has different stats and move sets, many characters fundamentally feel pretty similar to play.”

Warriors Orochi 4 has the biggest playable cast for a Warriors Orochi game yet, at over 170 characters. It can feel a little overwhelming as you recruit several characters per mission, but can only play as three at a time. However, players are able to level up new characters quickly using acquired extra experience, meaning that you don’t have to worry about new characters falling behind.

Whilst each character has different stats and move sets, many characters fundamentally feel pretty similar to play. Players choose three characters to put in a team, and can switch between them on the fly. By playing, characters can level up, and increase their relationship level, making them more effective in combat.

Warriors Orochi 4’s main addition to the series is magical powers that are available to every character. There are sixteen different types of spells, and each character can only use one type. These are great area of effect abilities to be used against the massive armies you face. Many of the spells came with flashy attack animations, and were fun to play around with. They include summoning flaming boars, casting lighting strikes and making tornadoes.

The game also brings in Deification a few hours into the game. This is a special feature that lets certain characters be imbued with godlike abilities for a short time. It is a bit annoying that only 7 of the game’s 170+ cast have Deity forms, however. Deity forms are not so essential that you are at a significant disadvantage if you want to use other characters. That said, it does feel somewhat limiting when the selling point of a Warriors Orochi game is the wide variety of characters to play as. 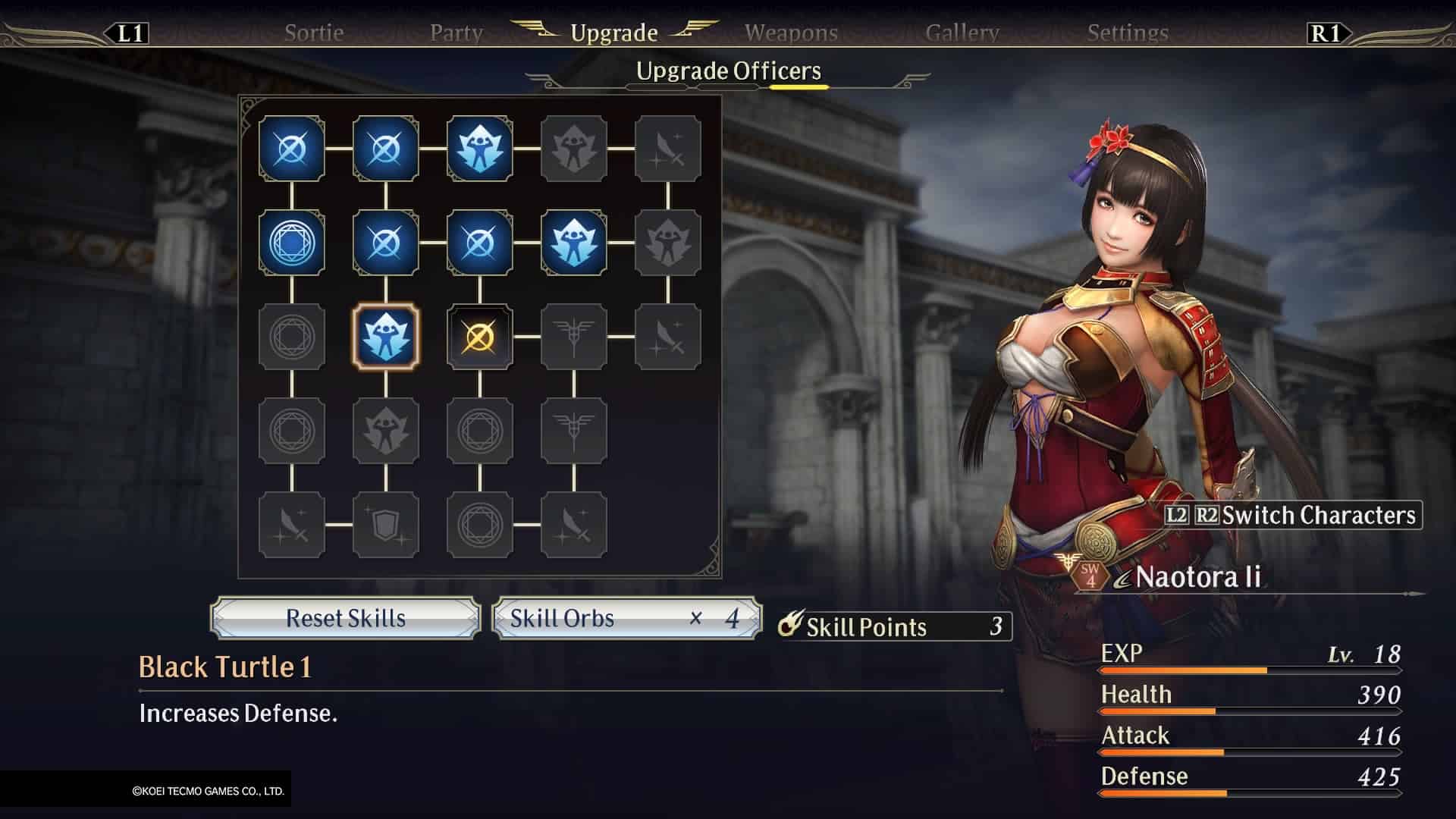 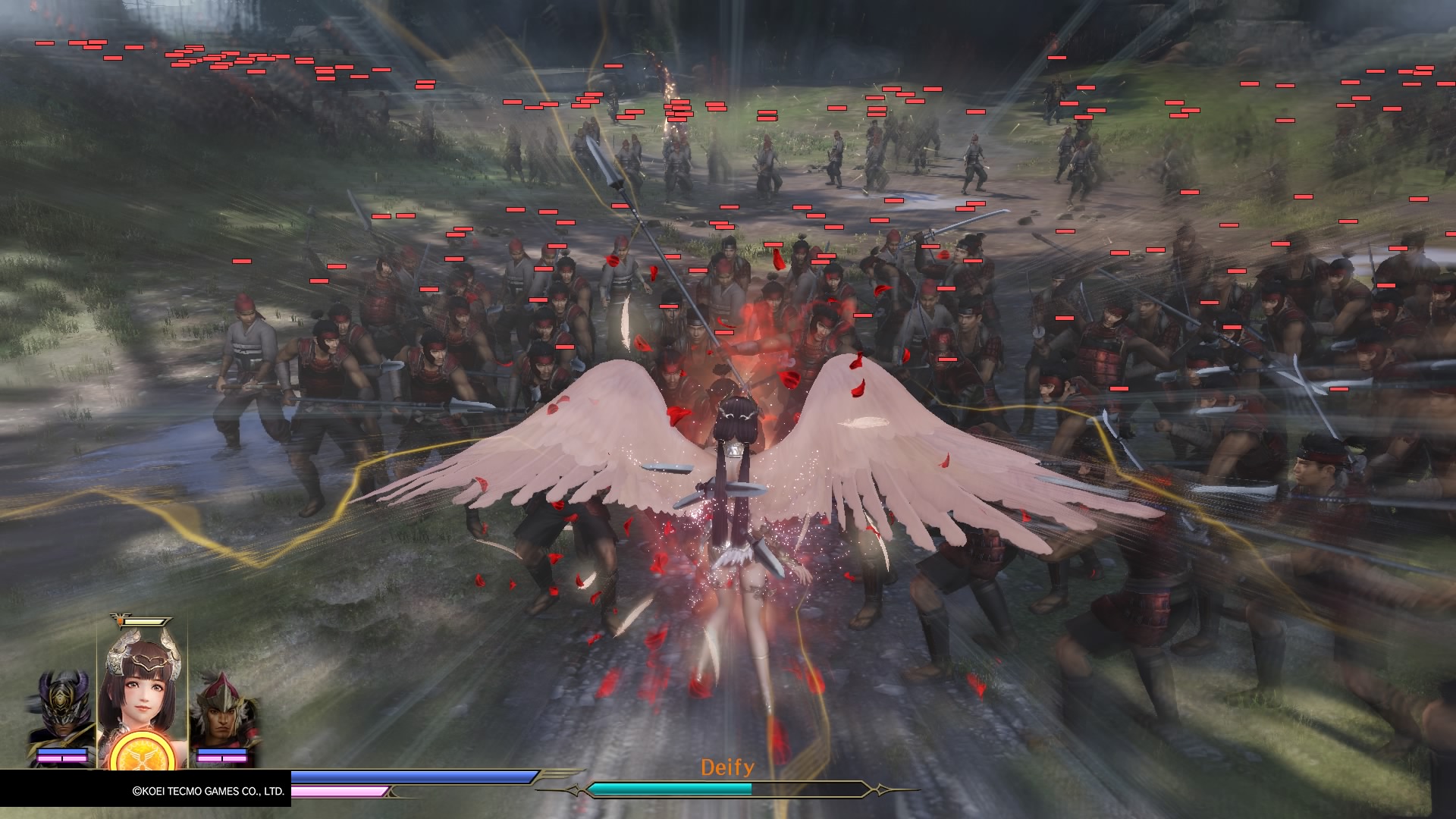 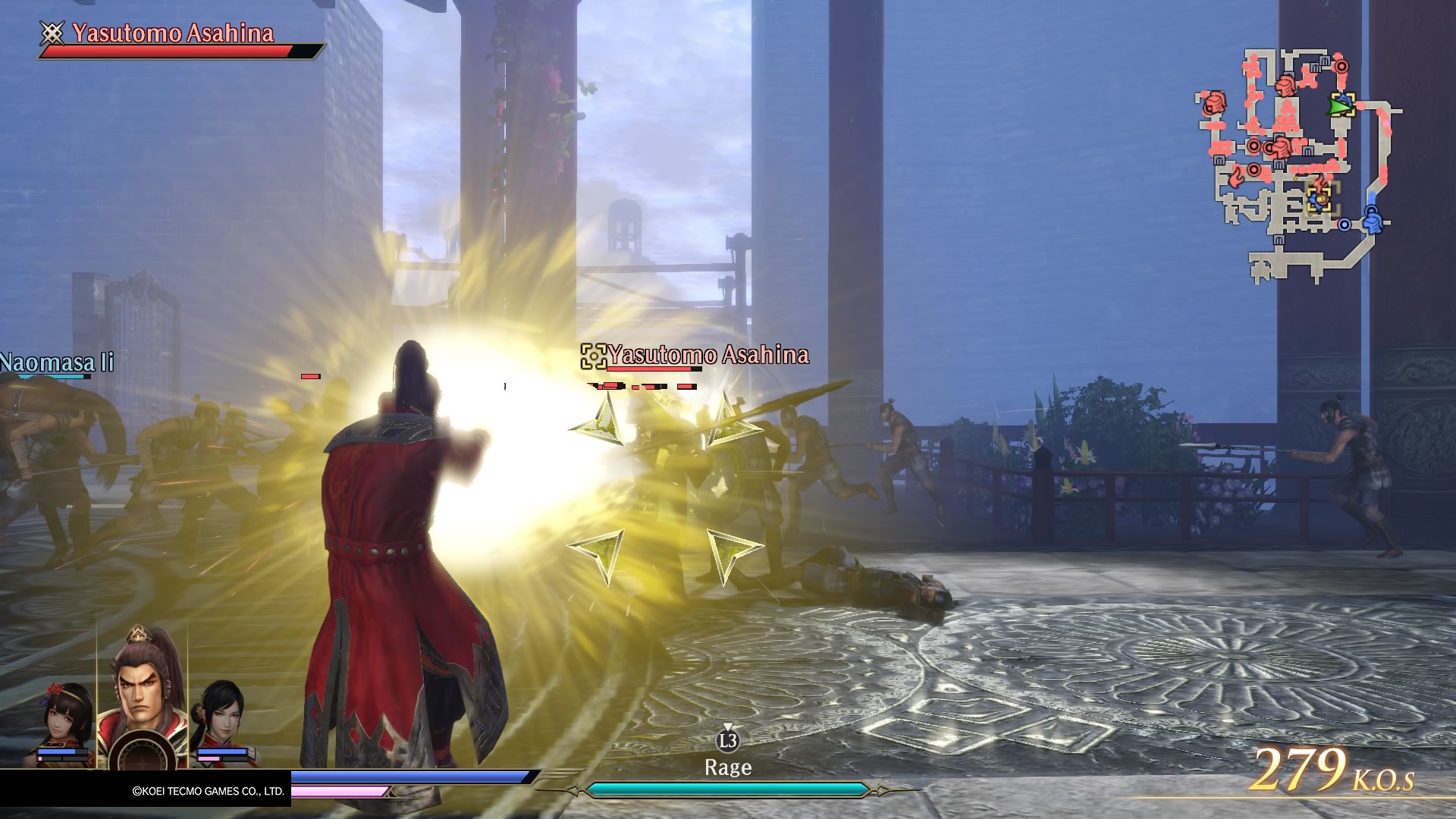 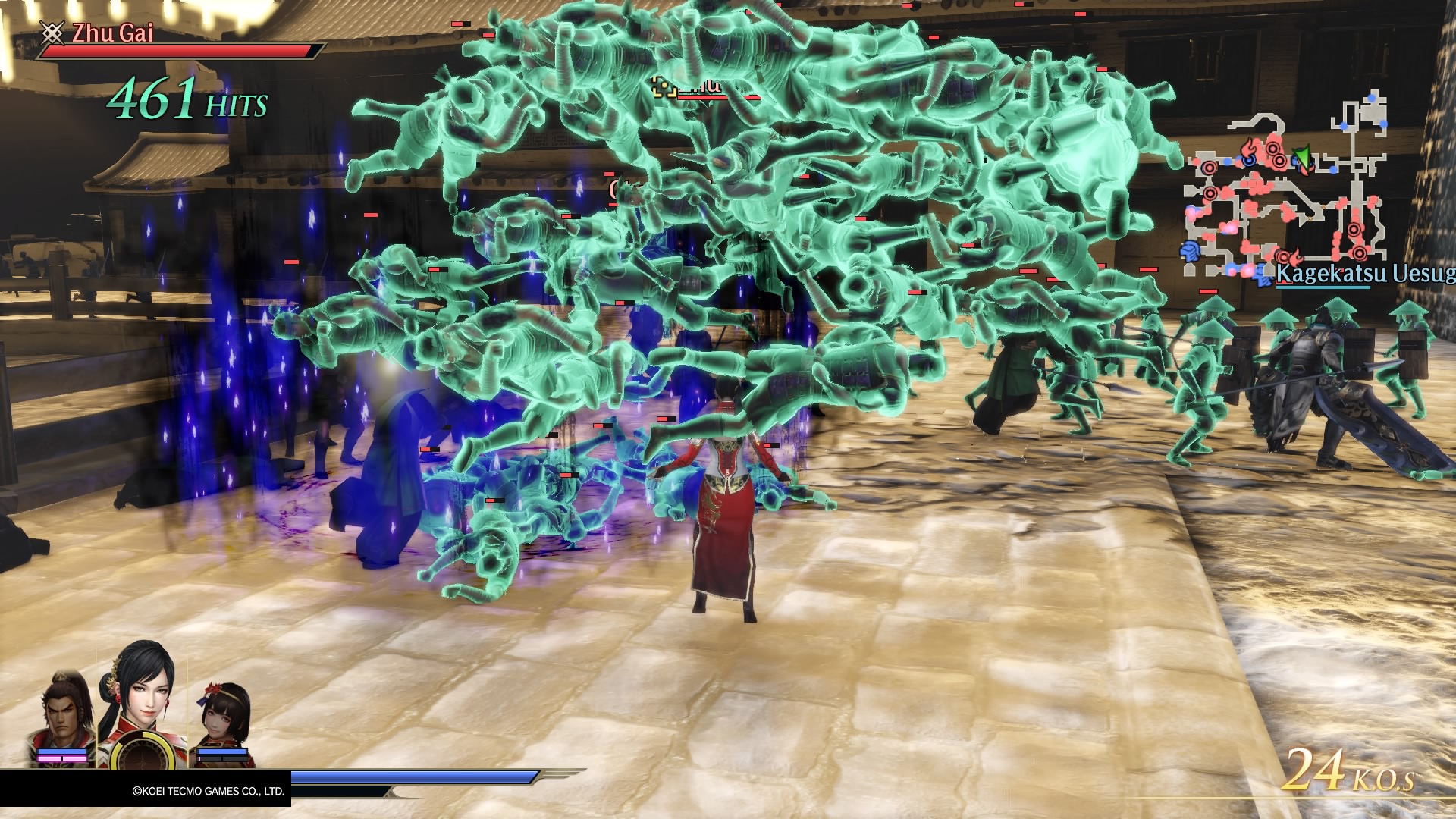 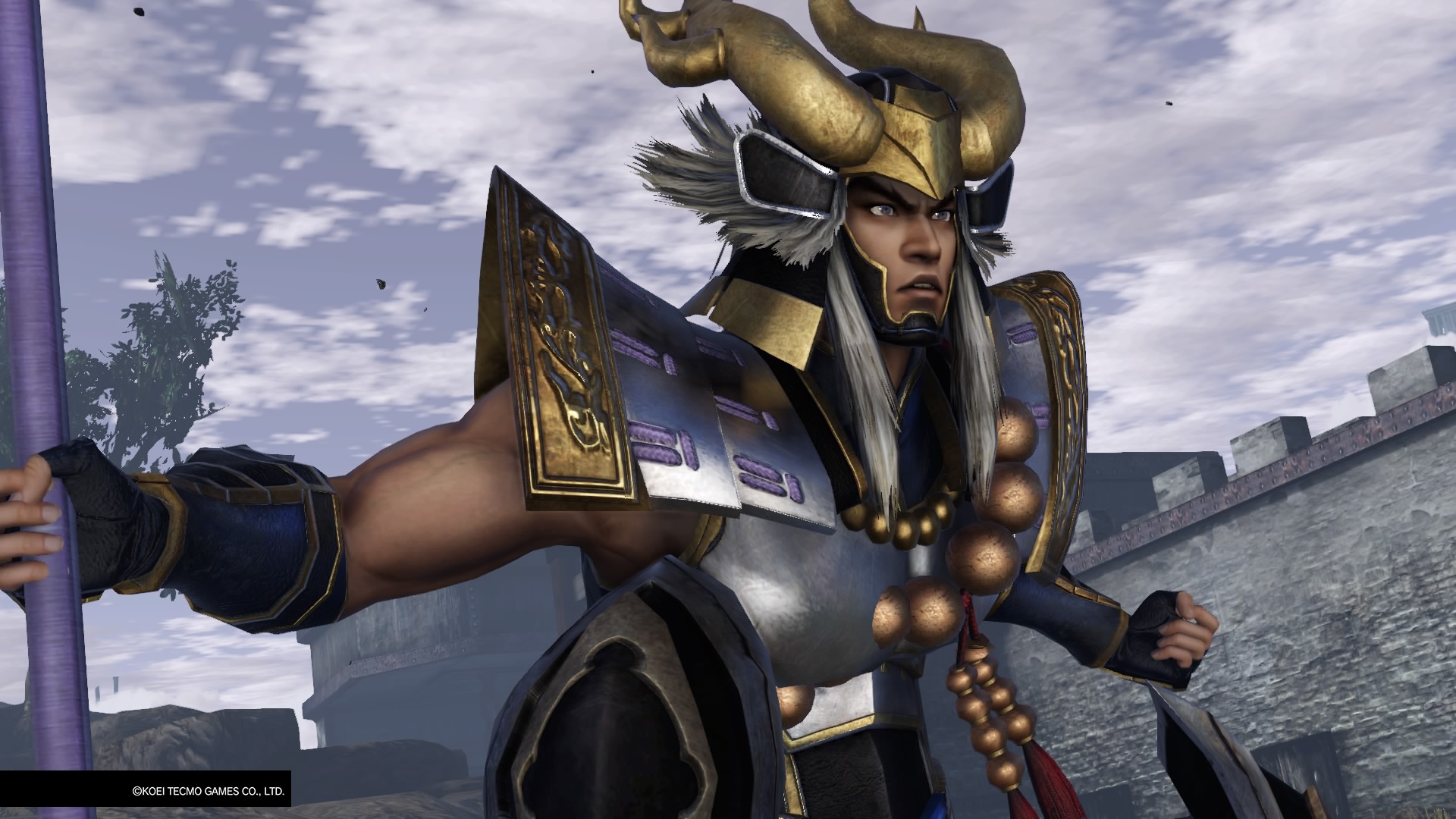 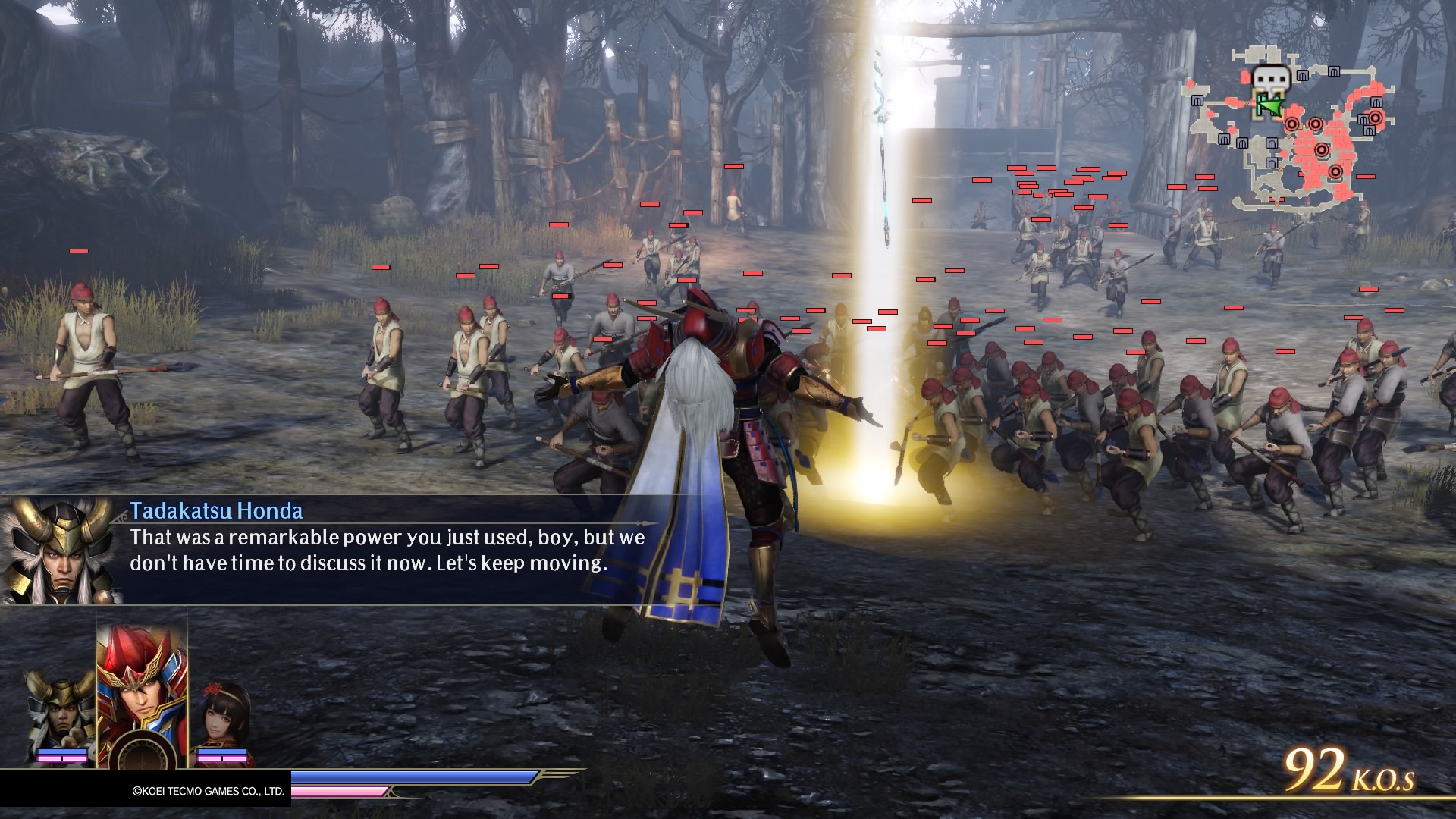 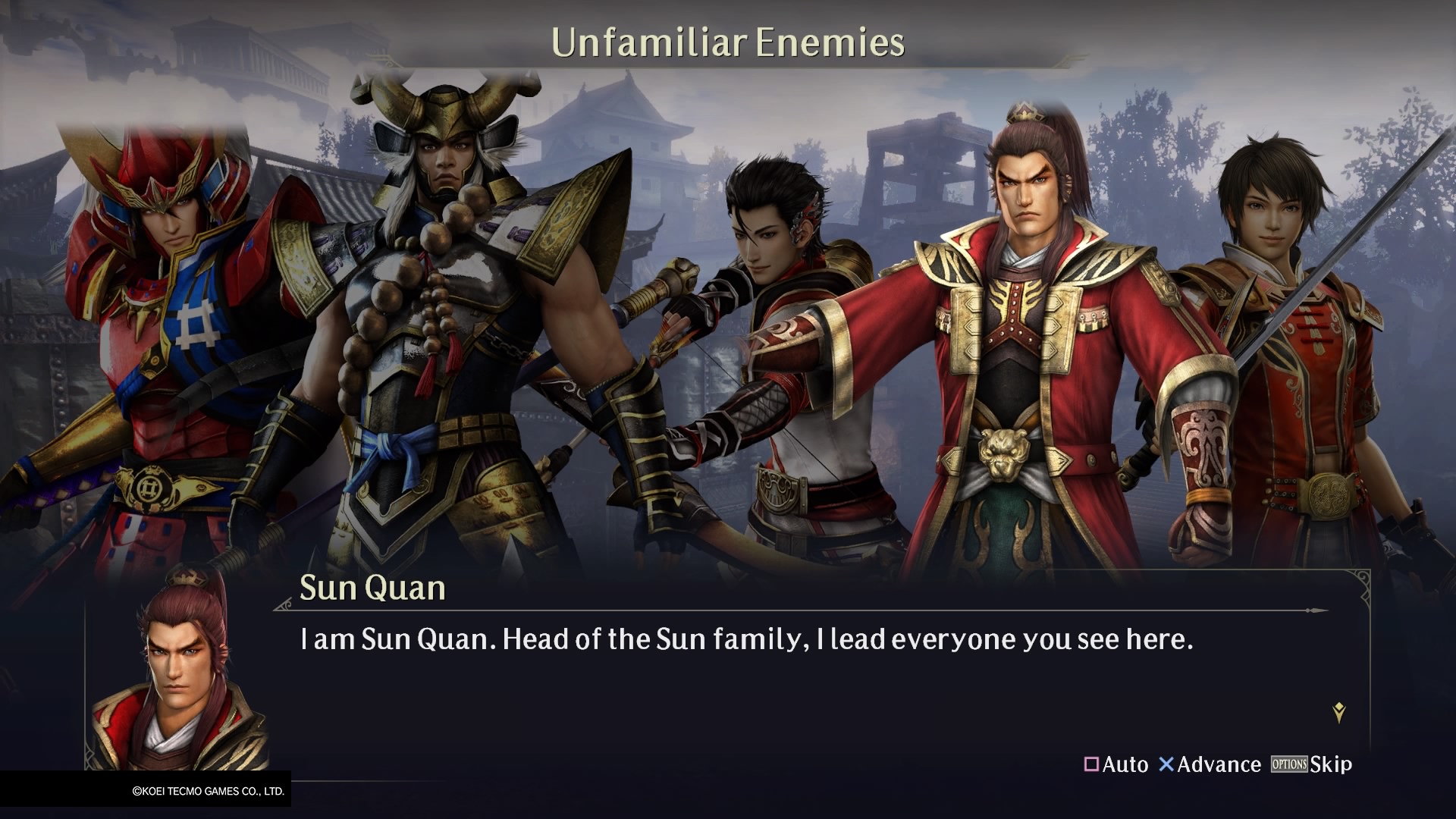 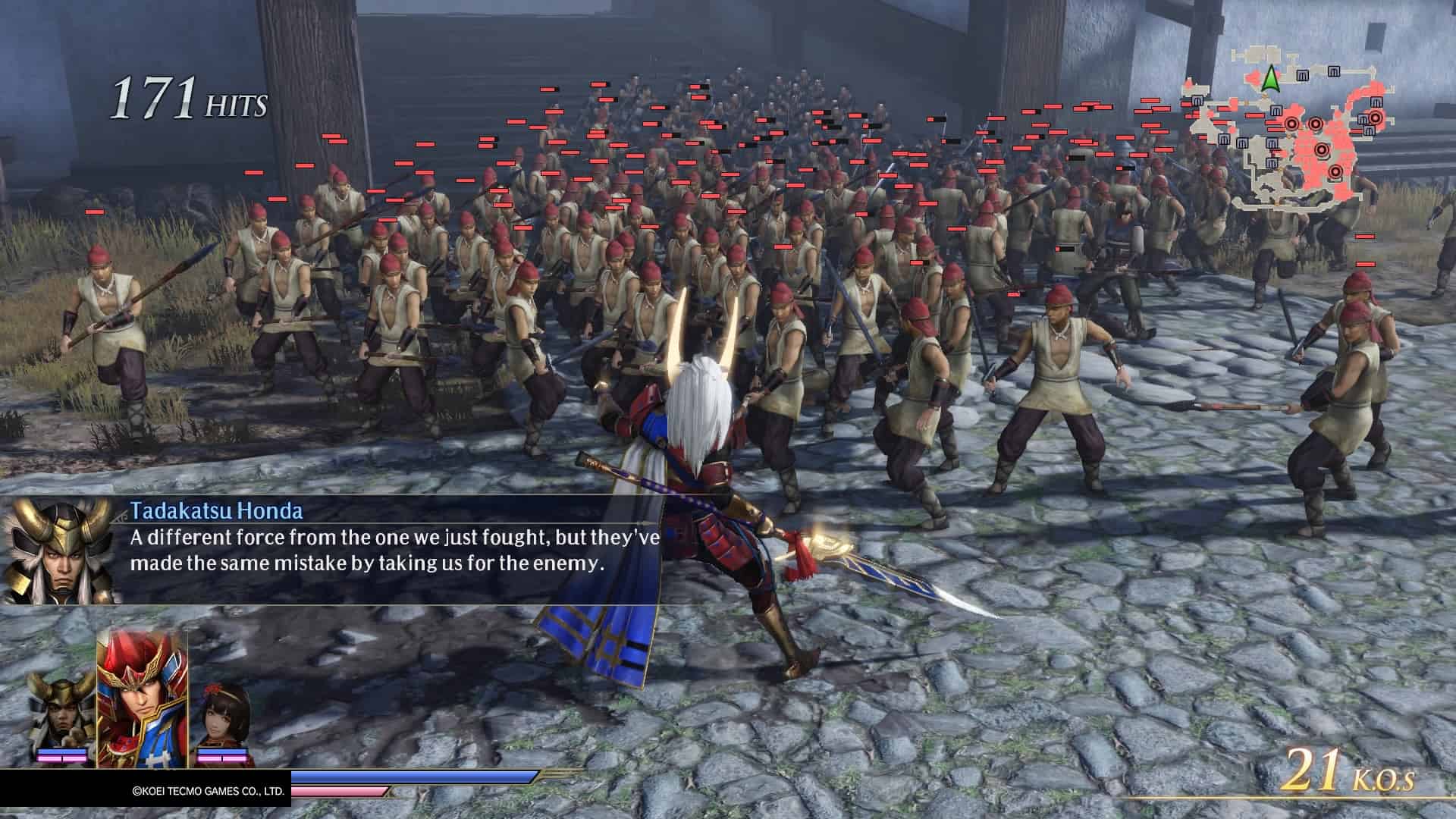 I really liked a lot of the new gameplay additions; I always had a cool and flashy new attack at my fingertips, and switching between characters was a fluid and simple process. Warriors Orochi 4 really works when the combat is flowing well, and you are chaining together special attacks and keeping your combo metre up. Fortunately, the new systems offer plenty of opportunities for those kinds of moments.

There is also 2 player multiplayer on offer, where the second player can pick their own three-person team and join in on the carnage. The game does suffer on the challenge front as a result, however, at least on the normal difficulty setting. Warriors Orochi 4 gameplay is pure catharsis, but it takes a long time for the game to bring out the more formidable opponents.

The performance was mostly impressive. Graphically, it isn’t that much to look at, with many reused character models and assets from past games, as well as armies of blatantly cloned enemy models. However, it manages to hold together a mostly stable frame rate when hundreds of enemies are onscreen. Warriors Orochi 4’s performance only starts to slow down when some of the flashier area of effect attacks are used. It also ran surprisingly well during the split-screen multiplayer.

Dynasty Warriors 9 turned a lot of fans away with its unnecessary move to an open world. Warriors Orochi 4 is a true return to form, with the classic gameplay that many fans have been looking for. The addition of magical attacks and Deity forms add much-needed variety to the combat, and makes cutting down armies of enemy soldiers a fun and engaging experience. The lack of an English dub may make some story elements a bit hard to follow, but longtime fans will find a lot to enjoy by playing with their favourite characters from across the series.  Warriors Orochi 4 still has its flaws, but represents a solid step in the right direction.