It’s that time of year where the seasonal sporting games start to roll around again like Brock Lesnar repeatedly suplexing John Cena, and amongst those is the WWE 2K franchise with their latest offering WWE 2K19.

You can say a lot about the WWE 2K series, but in terms of content it has always been good, not great but good. Which is probably why a lot of fans have spent the last few years trying to relive the glory days of when THQ pumped out wrestling games that were crazy fun childhood fantasy dream makers. So it’s ok if you’ve been somewhat disparaged these past few years with the WWE 2K series since 2K’s acquisition of the licence. But with all that said, I’m here let you know why this is the must have wrestling game to buy and why WWE 2K19 is the closest game yet to hitting that elusive mark of title belt gold.

It’s no secret that in previous years one of the biggest let downs that should have been the biggest draw card to a game like WWE 2K has been the somewhat train wreck of a career mode. Saddled with gameplay issues, poor commentators and loot boxes, it’s more painful than Hell in a Cell.

Thankfully the people at 2K seem to have thought this too and have trimmed down the fat on the MyCareer in 2K19. Instead of spending hours of your time running around backstage reading dialogue, this year WWE 2K has a more liner and progressed storyline and the ability to continue to grow your custom wrestler after the career is done.

This is all balanced by some rather adequate voice acting by the WWE stars themselves which is a vast improvement on the incredible lack of voice acting in last year’s game. Essentially 2K have given their career mode the EA treatment with more voice talent and cinematic cut scenes, with some key decisions to be made for your custom wrestler thrown in as well.

Oddly enough though you aren’t able to use the wrestlers you make in Creation Suite as your MyPlayer in this year’s MyCareer. However you are allowed to go back and further edit your MyPlayer. Whilst this is somewhat limited, you’ll eventually unlock a huge range of customisation options such as moves, gear, and even basic physical stuff like wrinkles, scars, and hairstyles by doing that one thing developers love so much, by opening loot boxes or spending Virtual Currency. Whilst WWE 2K19 doesn’t have any microtransactions that cost real world money, it sure feels like the game was built for them. You’re basically made to buy loot boxes instead of picking and choosing the moves and gear you want and I wouldn’t be surprised in the slightest if microtransactions eventually got added in.

Putting the emphasis on what’s important to the player has really paid off for 2K this year and playing through the MyCareer mode is an actual delight for myself as a long time fan of wrestling. Which makes it sad that I have to point out this failing on 2K’s part to offer gamers a fleshed out custom female MyCareer mode after all this time. WWE has taken the time to promote its incredible roster of female talent over the last few years and it appears that unfortunately 2K are the ones lagging behind here, hopefully 2K20 is the game to make this finally happen. 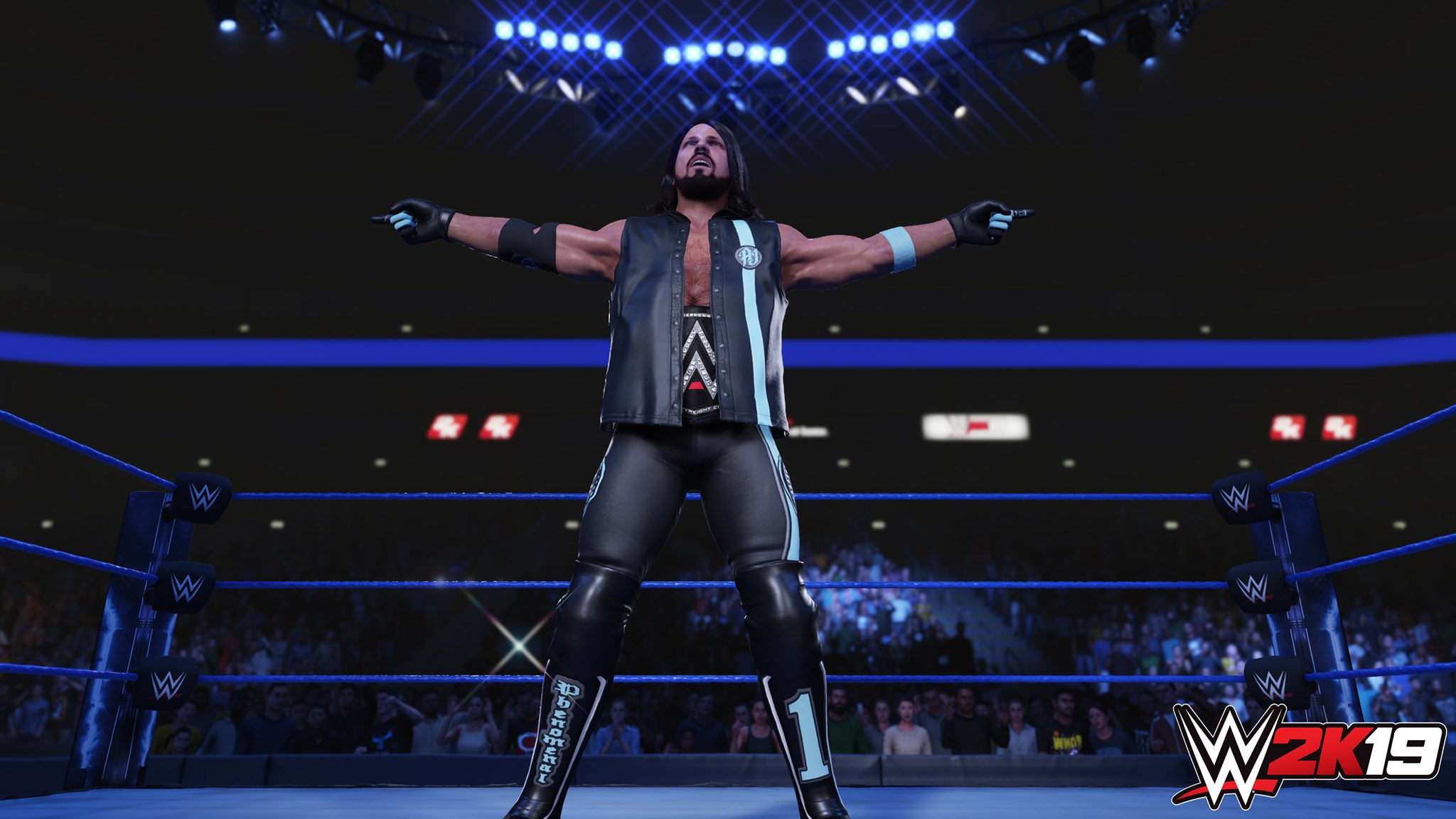 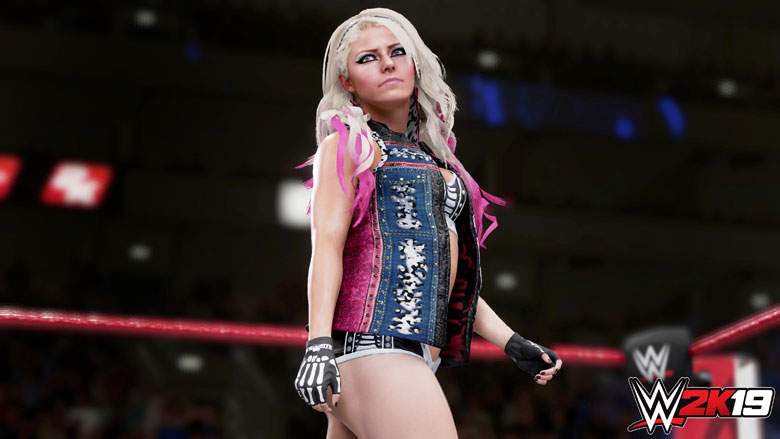 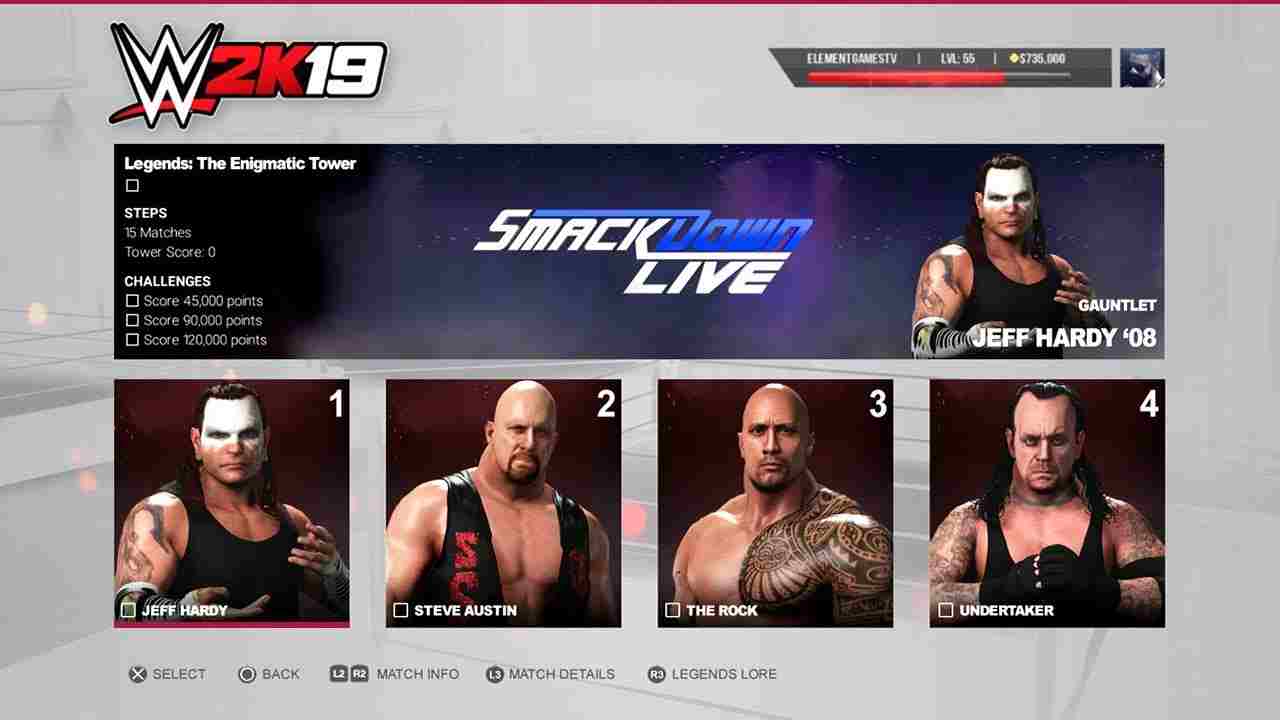 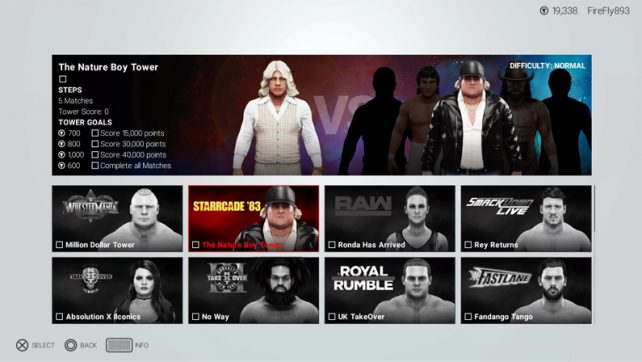 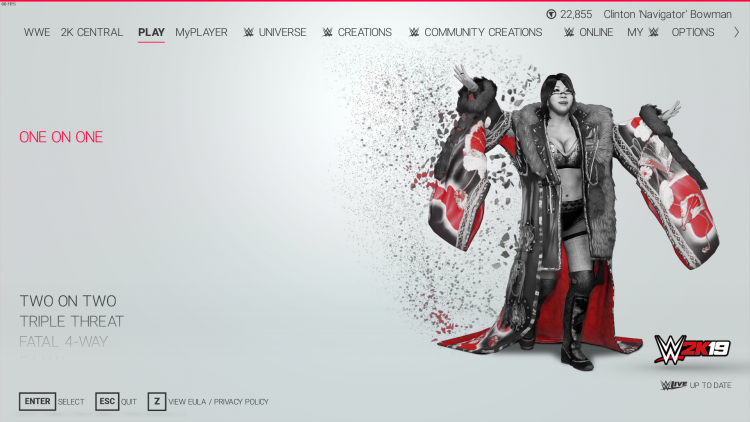 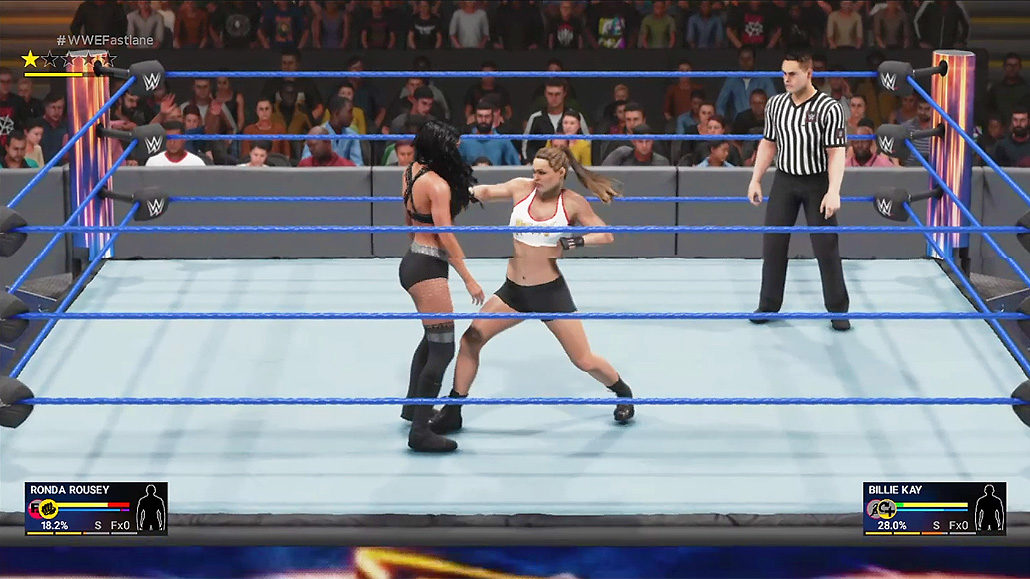 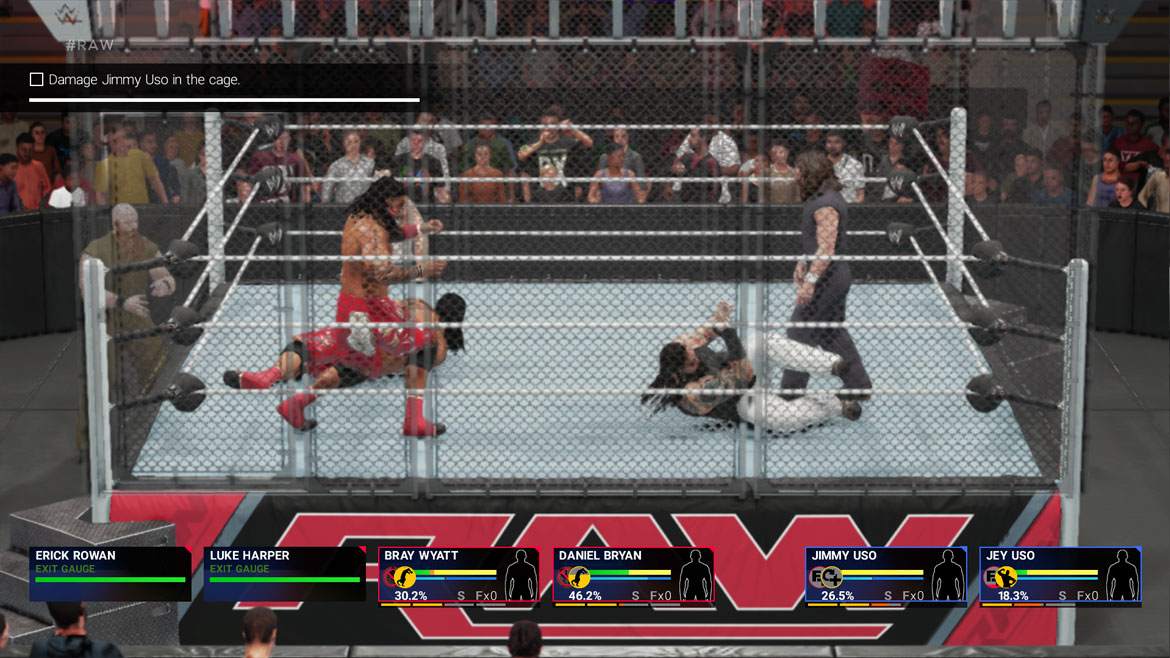 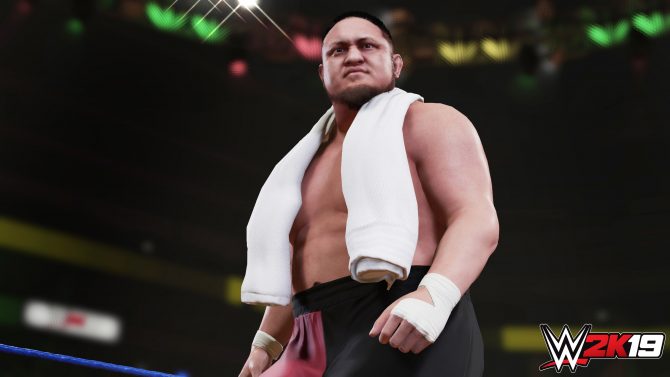 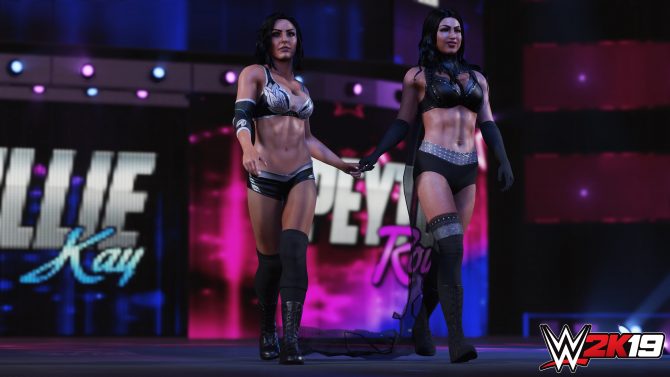 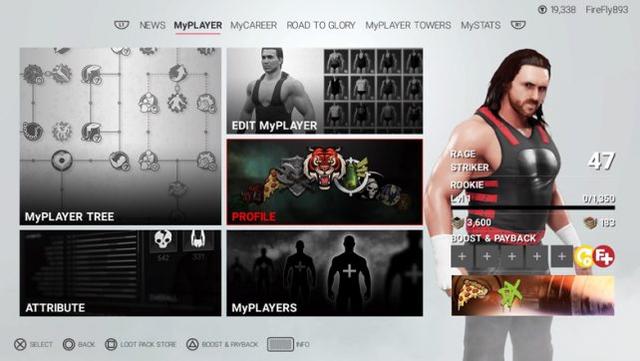 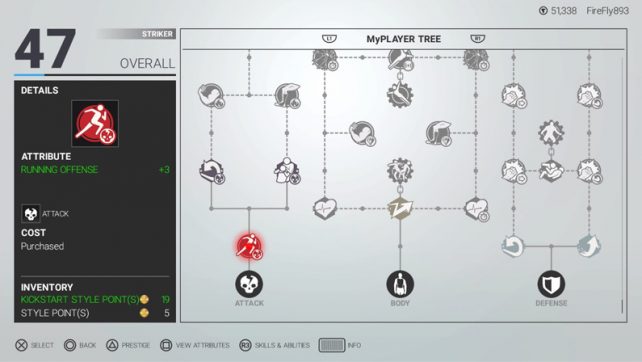 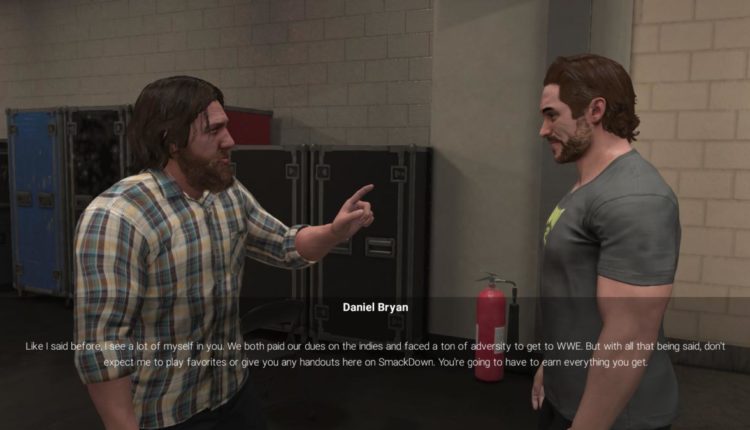 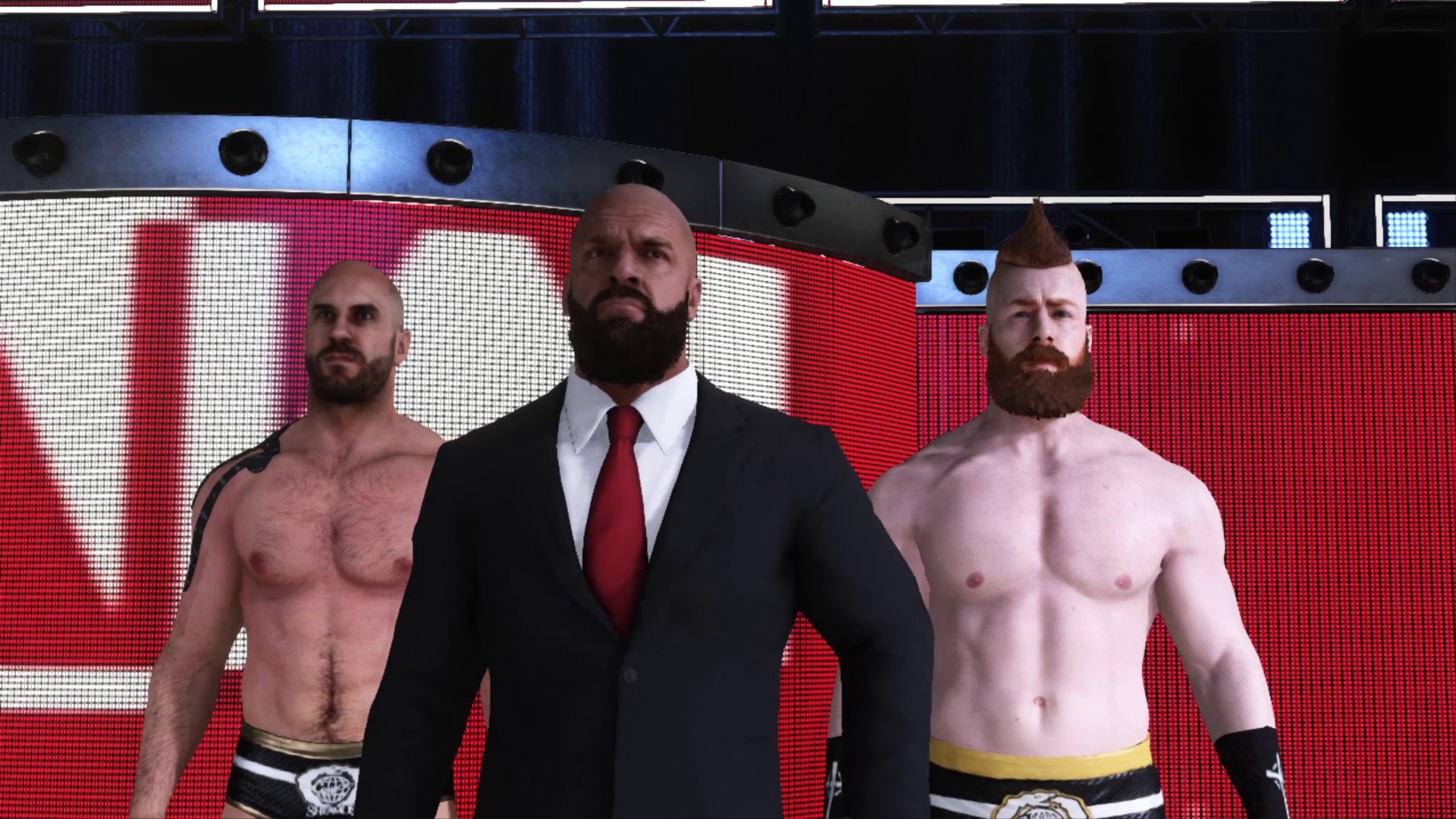 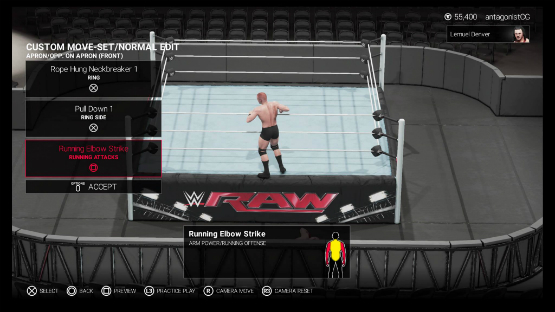 One of the other big features that sets WWE 2K19 apart from is predecessors is the implementation of the new Payback system, which allows players to get a second wind and turn the tide of battle if they find themselves being overwhelmed in the ring. Not only does this add an element of excitement to every match but also tactics as well. The Payback system is something which 2K had been hyping up as a key feature for 2K19 and it’s definitely an enjoyable perk that is different per wrestler.

The payback system isn’t too overpowered though because like many of the mechanics found in WWE 2K19, it requires precision timing to use. At times I felt that you almost needed to have the marksmanship of a certain Avenger to be able to hit the mark and get the timing right. I got the hang of it eventually, but it certainly didn’t come easily.

“Now thankfully Showcase returns and is just another regular part of the game, this time around it’s the wrestling career of Daniel Bryan that is in the spotlight”

One of the other main draw cards for fans is the return of the popular Showcase mode to the game. With WWE 2K17 it was only available if you paid for it, something that 2K was criticised a lot for, the following year it disappeared completely. Now thankfully Showcase returns and is just another regular part of the game, this time around it’s the wrestling career of Daniel Bryan that is in the spotlight.

On the surface so far I’ve enjoyed this mode, although it’s not without its faults. You are obliged to do different movements or to simulate situations in a certain order. You have to accomplish this otherwise you can not win, same as the MyCareer mode or essentially any goal based game really. However certain situations unfortunately ensure that the matches can last unnecessarily long which can become annoying at times.

This is an unforgiving mode and I often found myself struggling with opponents who wrestled at the same level no matter if they had almost no energy left or were still full of strength. This doesn’t make Showcase not worth playing however, Daniel Bryan’s career is an absolute highlight to play through and is definitely a fitting choice for the return of the Showcase game mode. Featuring documentary scenes between matches and  insights from Bryan himself, it’s a true delight to experience despite the pain. In the end Showcase was entertaining and fun to experience but at times felt a lot like doing my chores, I’m happy to see the return of this much missed mode but I hope that it gets some fine tuning for next year.

Another new feature to be added this year is the addition of the Towers game mode. For fans of fighting games like Mortal Kombat and TEKKEN then you’re already one step ahead of the rest here as it’s the same principal. Here you get themed towers with wrestlers that you have to defeat and each tower has specific conditions that you’ll have to meet. For instance, “The People’s Tower” tasks you with beating The Rock and other Attitude Era stars to win. This isn’t a complicated mode but it still works surprisingly well and I’ve had a lot of fun tiptoeing into Towers when WWE 2K19’s other less forgiving modes became all too much.

Along with an exceptional MyCareer mode and the return of the Showcase mode, WWE 2K19 also features its regular bag of tricks including MyUniverse and Road to Glory which are back again and have had some much needed adjustments to make the experience better. But all of this means nothing if you’re playing with the same old stale roster of wrestlers from years past and not your favourite newcomer on the scene. Thankfully this isn’t an issue here.

2K19 features an amazing line up of wrestlers with over 200 superstars from the past and present so there’s no shortage of big names on hand. The Hardy Boyz, AJ Styles, Lita, Ronda Rousey, Ric Flair and The Rock all make for one jam packed roster! Although unfortunately I happen to think the game looks a little worse for wear in sections compared to last year. Whilst 2K have definitely improved on things like the overall graphics and the abysmal commentary (note: that it’s still far from ever being perfect), it seems that the game’s developers decided to skip the detailed face and body scanning of some of wrestlers this time around, in particular the women, leaving them looking a lot like sad afterthoughts. I can’t help but wonder if this was due to the huge scale of the wrestling roster.

2K have finally figured out what fans want in a wrestling game and they are beginning to deliver on those marks. There’s definitely a lot to love here and the path is getting paved towards a brighter future for the franchise. WWE 2K19 may be an exciting step forward but it’s the continued fine-tuning and advancement of the series that has me most excited – bring on WWE 2K20!