My Hero One’s Justice Review – All Might or just Al’right?

It’s been a very good year for anime in gaming, with the successful release of several popular Shōnen series games including Dragon Ball Fighter Z and Black Clover: Quartet Knights. My Hero One’s Justice is the latest Shōnen game to come out and it has been one crazy gaming experience. Based on the popular superhero manga series of the same name, its colourful cast of heroes and villains lends itself well to a fast paced fighting game full of over-the-top attacks and dramatic finishes. It doesn’t quite reach the level of perfection fans such as myself expect, but for its first venture into the gaming world it makes for a solid entry.

In a nutshell, My Hero Ones Justice tells the tale of Izuku Midoriya while he attends UA Academy, a prestigious school for aspiring professional heroes. Born with a strong desire to help people, but without a quirk of his own, Midoriya is one day gifted an all mighty power, One For All, a quirk that will one day help him become the greatest hero in the world. This power, while practically unbeatable, is a double edged sword that damages him as its power is still too great to completely control. It serves as an obstacle that young Midoriya must overcome and make his own so that he may protect those in need of his help.

The battle gameplay of My Hero One’s Justice is some of the most hectic I’ve experienced in a fighting game and reminded me fondly of the Naruto Ultimate Ninja Storm games. Being the first game of its series it wasn’t without fault but most of the time I found myself enjoying the battle mechanics. Each standard fight pits you and your three man team against another team of three, consisting of one main fighter and two support sidekicks. From here you can lay down an assault of standard attacks, special moves, and ‘Plus Ultra’ super attacks, as well as guard breaking throws and damage returning counters.

In the beginning fights were, unfortunately, a little frustrating and confusing simply due to the fact that the game’s targeting system was not the best. Fighters needed to be within a certain distance to attack effectively and depending on how you played, either using the manual or normal control system, it wasn’t as polished as I would’ve liked. Closing the gap using a dash was also a risk as it provided your opponent a window to counterattack. Using your sidekicks to assist you in battle was enjoyable, despite being a bit lacklustre. Their attacks served more as a way to disrupt your opponent than to deal heavy damage.

Each fighter in My Hero One’s Justice had their own unique style and special quirk to make use of, and when combined properly with the right sidekicks, it made for an enjoyable battle. Depending on how you like to fight in a 3D arena, there are varied ways to obtain victory since no two fighters play the same and will require some fast critical thinking to formulate the best winning strategy. This also means that an opponent may have a tactical advantage against you, so it pays to stay on your toes and plan your next attack ahead of time. 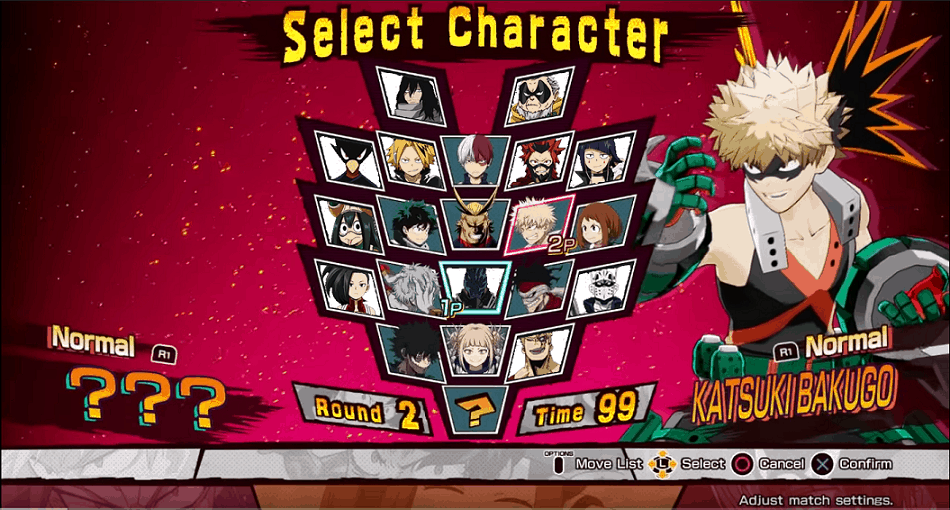 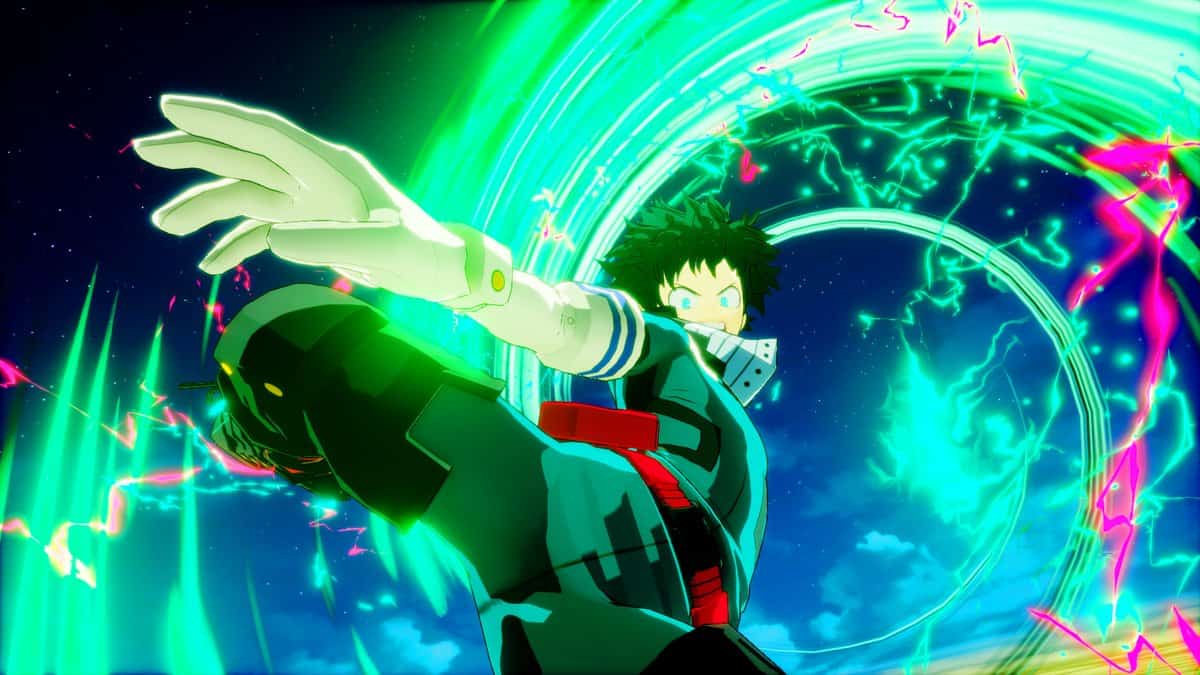 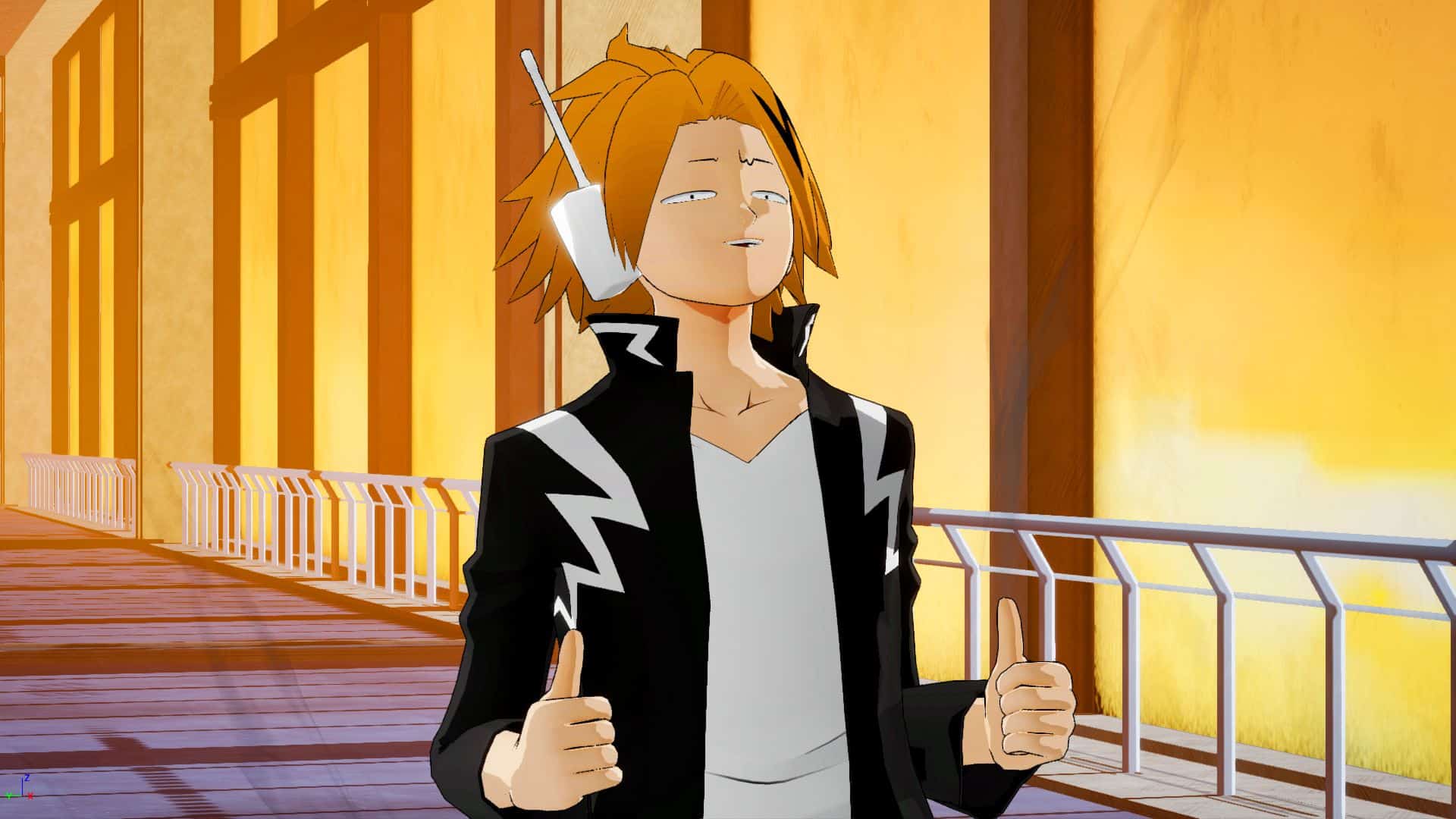 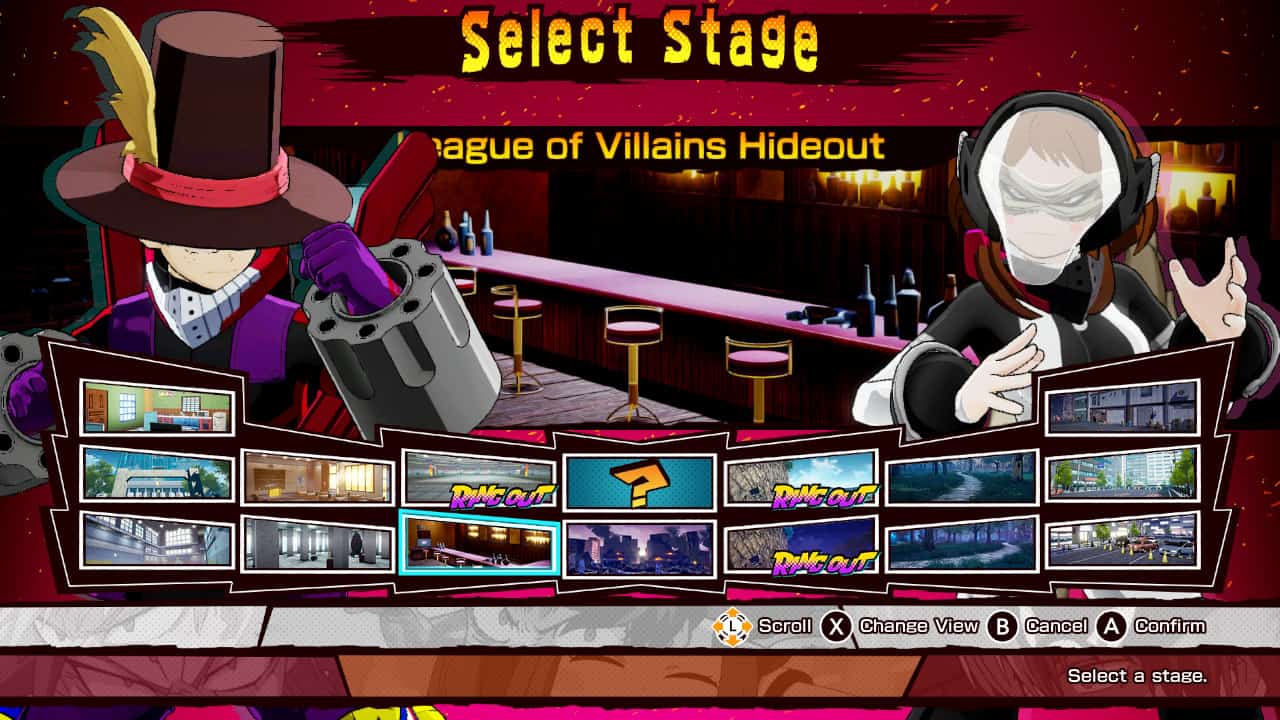 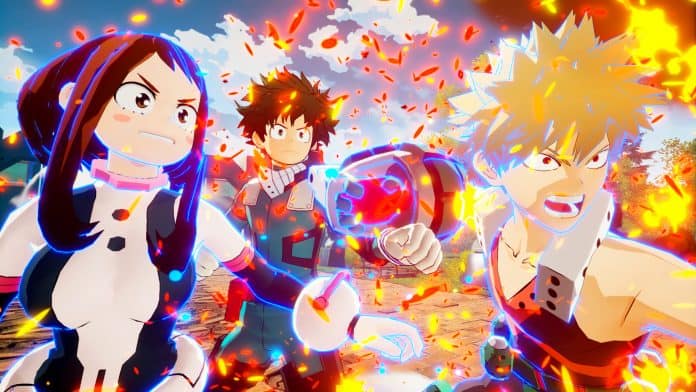 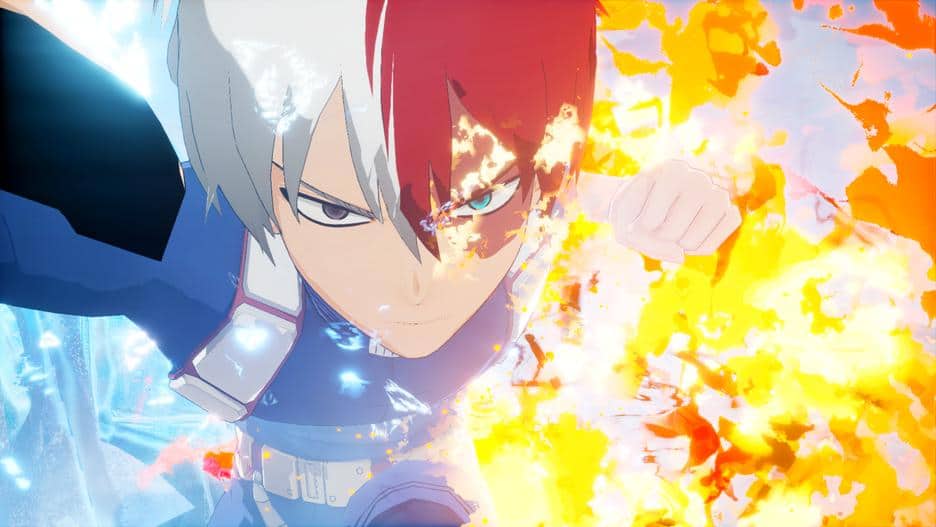 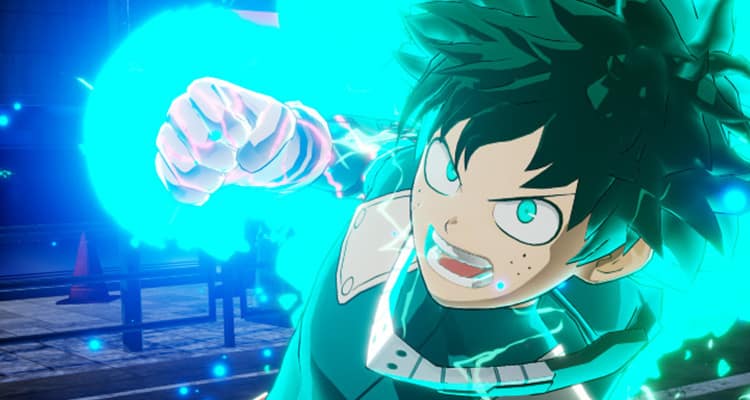 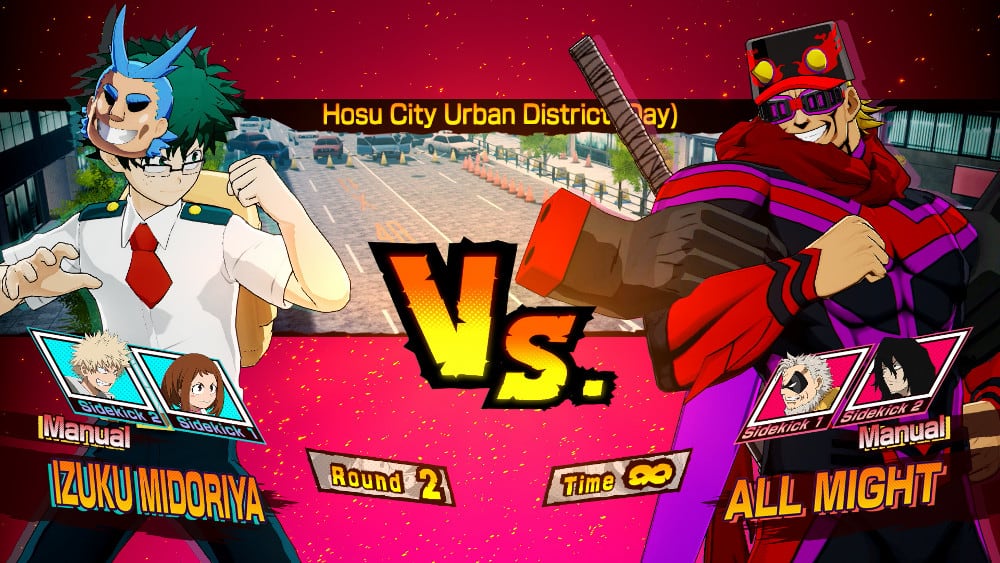 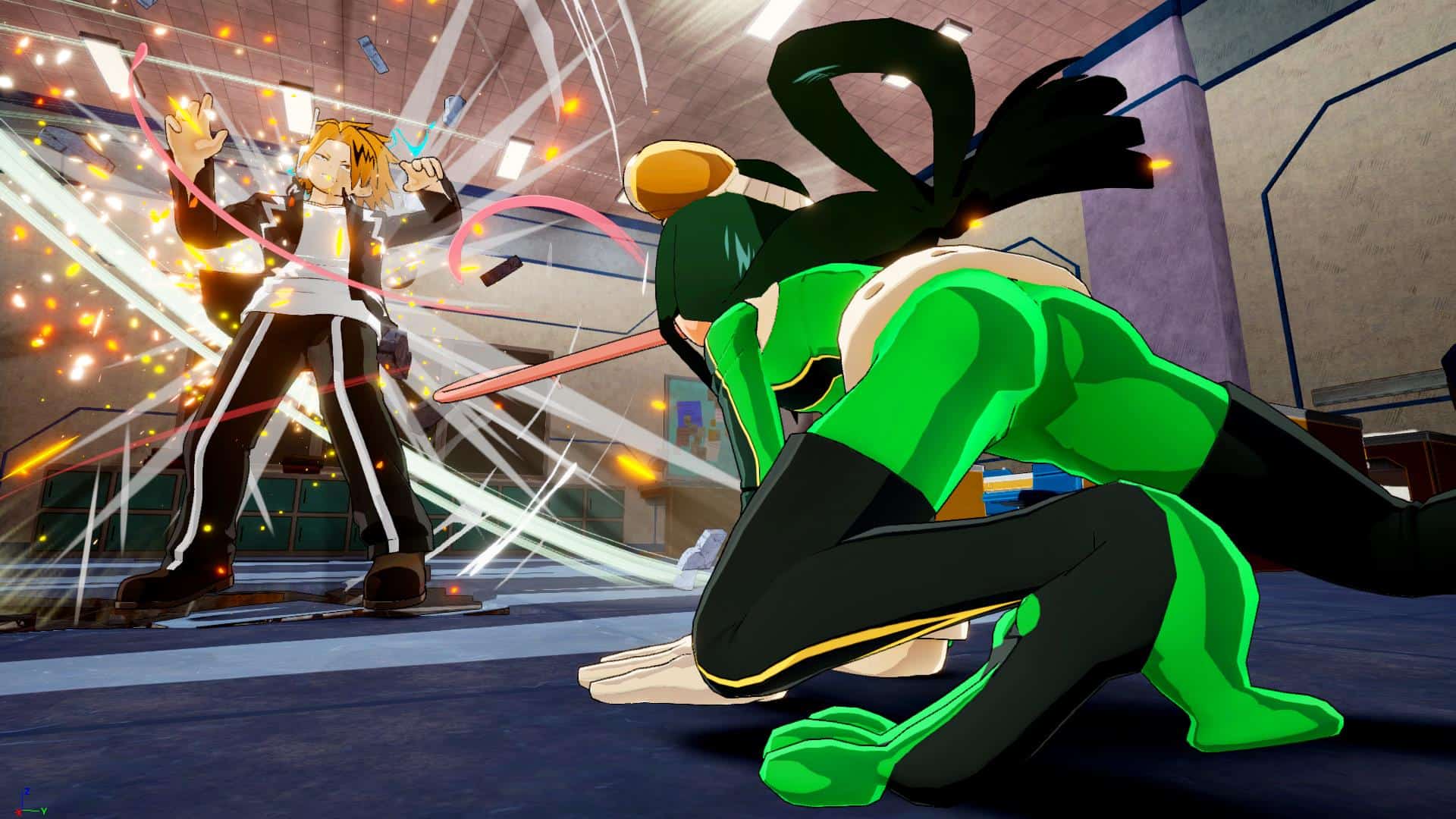 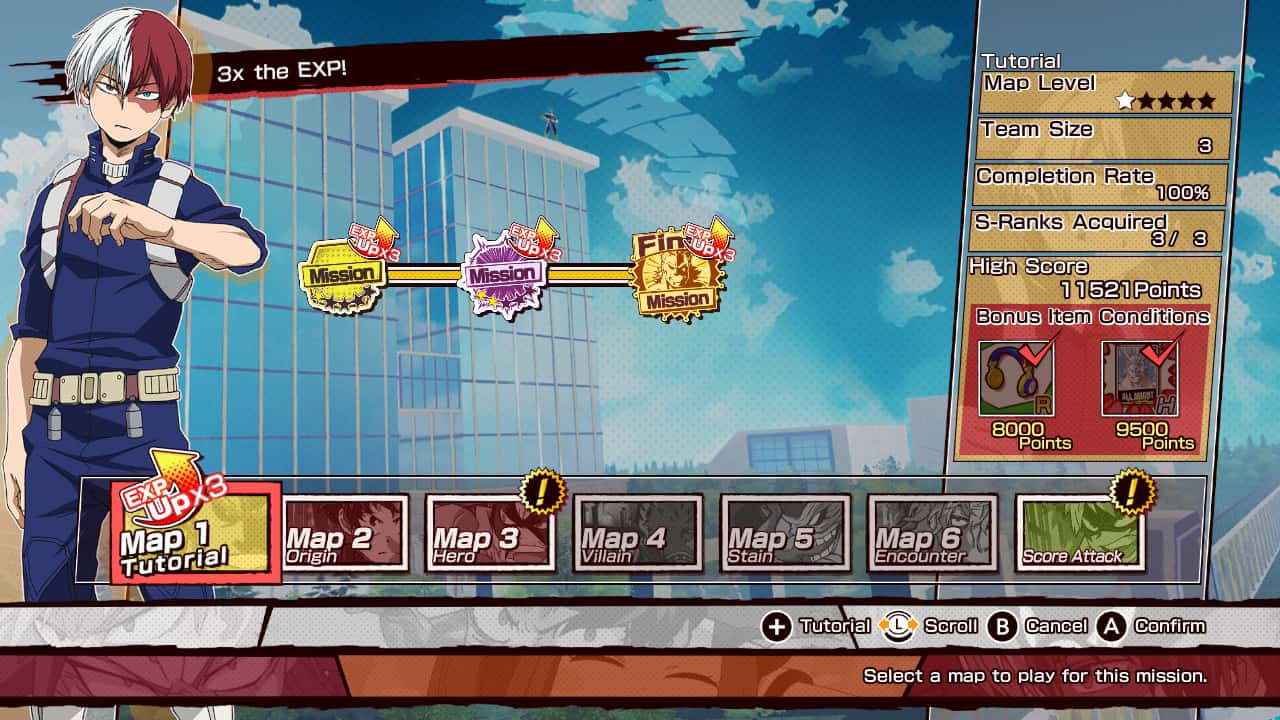 My Hero One’s Justice has a number of play modes that will keep you occupied for hours on end. It comes with a relatively enjoyable campaign mode that places you smack-bang in the middle of the second series. Each mission comes with their own conditions for victory as well as unique rewards for completing those tasks set out. Due to the fact that it does its best to remain faithful to the source material, I didn’t get to enjoy playing with all the characters available in the game during the campaign. On top of this the story was super condensed to the point where key events in the series were missed and the heart of My Hero Academia was hollowed out. Dropping players halfway into its second season also meant that anyone unfamiliar with the show would be rather lost when playing the campaign.

“I enjoyed Mission Mode immensely, since there was little in the way of limitations when it came to fighting”

Mission Mode is where I found myself investing most of my time after completing the game’s campaign. You’ll be able to select your own three man team and make your way across a pre-set map, full of increasingly difficult fights. I enjoyed Mission Mode immensely, since there was little in the way of limitations when it came to fighting – it was simply go hard or go home. Most fights had their own specific challenges for victory including time battles and weakened player attacks, which made for some interestingly difficult challenges. As I played I was able to collect consumable items that gave me an edge over the competition, they certainly saved my skin on several occasions.

Of course I can’t play a game like My Hero One’s Justice and not mention the multitude of editable looks each character has. Playing through both the campaign and Mission Mode provided me with money and items to change up the look and costumes of every character, with even more gear obtained after completing hidden tasks. Despite being completely cosmetic in their use, this enjoyable mode served as a way to help distinguish your preferred fighters and add a bit of your own creative flair to the game.

Despite being an enjoyable game there are some issues I have with My Hero One’s Justice that prevented me enjoying it to its fullest. The targeting system was the most frustrating aspect of the game, since it was way too easy to miss your target when executing a super move, effectively wasting one or two full bars of your special attack. Despite being fun, the campaign mode cut corners in the story and felt very disjointed for anyone who has watched and enjoys the show. I also found myself cringing at the cut scenes which were painfully awkward to watch. Lastly, despite having a great ensemble of fighters to choose from in the series, the battle roster felt rather limited, with so many more characters that could have been included for a more fleshed out game.

My Hero One’s Justice is the series’ first venture into the world of video games, and it’s perfectly understandable that it still has room to grow. For a first attempt it does well at establishing its place in the Shōnen gaming world. So whether you’re an aspiring hero or dastardly villain, you’ll get your chance to shine and show the world your skills. My Hero One’s Justice is available now for play on PlayStation 4, Xbox One, Switch, and PC. So if you’re feeling heroic and have a strong desire to save the world, pick up this little gaming gem and get ready to shout at the top of your lungs ‘Plus Ultra’!