Just Cause 4 Review – Cloudy with a chance of explosions

Armed with a grappling hook, wingsuit, an endless supply of parachutes and lots of weaponry and high explosives, Rico Rodriguez is the kind of action hero other action heroes aspire to become. Specialising in overthrowing tyrannical regimes, primarily by blowing stuff up and mowing down armies of henchmen, Just Cause 4 sends Rico to his biggest adventure yet in the South American island nation of Solis. There, he must confront the Black Hand, a shadowy private military company that is building a weather controlling device. Having left the government agency he worked for in the last three games, Rico now must use his amazing skills  to help the local resistance fight back.

If the prospect of a dashing secret agent entering an exotic locale to stop a supervillain from utilising a weather-controlling doomsday weapon sounds fairly ridiculous to you, then at least Just Cause 4 doesn’t take itself very seriously. Rico himself usually has a clever quip at hand, and his associates throughout the game are fairly fun to listen to, even if they aren’t especially deep.

The game tries to generate some drama through Rico’s relationship with his deceased father, Miguel, who was involved with the Black Hand. The Black Hand are linked to previous villains in the franchise, but new players can still jump into Just Cause 4 and follow what’s going on. Just Cause is not really  a series for players looking for a moving storyline; amazing action is where Just Cause 4 shines.

Fortunately, Just Cause 4 keeps most of the gameplay developments from Just Cause 3, including the wingsuit and upgraded tether. Some of the most significant gameplay additions involve Rico’s grappling hook; now you can tie up to ten things to other things. Whilst this function is used for some mundane tasks, like flipping inexplicably giant breaker switches, the main utility is generating hilarious destruction.

Is there an enemy helicopter on your tail? Tie it to the floor and watch it crash and blow up. Enemy car chasing you? Jump onto the roof of your vehicle, tie the enemy car to the road, and watch it flip and explode. Feeling particularly sadistic? Tie a bunch of enemies to an oil barrel, shoot it full of whole, and watch the enemies fly away in burning pieces.

There are also two new types of tethers introduced in Just Cause 4, which are an inflatable balloon and a booster rocket that can be attached to targets. These can also be used to generate hilarious kills, especially when used in tandem with the tether. For instance, tying a bunch of enemy soldiers to a cow and then rocketing the cow into the air is always good for a laugh.

However, these two tether types aren’t all that useful for actually accomplishing objectives, and I often forgot I had them until I accidentally nudged the d-pad and switched to them. They’re a fun gimmick that is enjoyable to play around with if you’re bored, but they aren’t the most efficient way of causing chaos.

The other big addition is weather physics, which isn’t as influential on the gameplay as I expected. Throughout the map, the player can encounter sandstorms, snowstorms, tornadoes and lightning storms.

When in a lightning storm, the player must keep moving or else be struck by lightning. Sandstorms and snowstorms obscure the player’s vision. Finally, tornadoes make flying very dangerous. However, outside of the story missions built around them, they’re not something the player is likely to factor in when doing regular missions or just messing about.

“Whenever it tries to give the player more of a structured challenge, the game’s limitations start to show.”

However, it was when I was just messing about and creating my own fun that I had the best time with Just Cause 4. Whenever it tries to give the player more of a structured challenge, the game’s limitations start to show. Just Cause 4’s pause screen shows a Risk-style map, where players must liberate sections so that their Army of Chaos can take over from the Black Hand.

Typically, to do this Rico must complete a Strike mission to take over a prominent location in that section. These locations include places like car manufacturing plants or airports. However, they are all fairly visually similar, and the objectives don’t have much variety.

Having to find three specific vehicles around a map, or protecting some prison escapees, is fun at first. However, once you have done enough Strike missions, the repetition really starts to kick in as you complete the same objectives against the same enemies in similar-feeling locales. It’s also rarely enough to perform tasks once; often, you must do them two or three times in a mission before it is completed. The actual story missions have more varied tones and objectives; however the player must unlock them by completing Strike missions, so the somewhat dull busywork is unavoidable.

That said, it helps that Just Cause 4 is absolutely beautiful. The island of Solis is incredibly detailed, with sharp colours and detailed landscapes making flying across the map in my wingsuit a joy to behold. The environment is highly varied as well, with deserts, snowy mountains and gorgeous green vistas. The act of destruction is also made viscerally enjoyable with loud explosion sounds and some great destruction physics. 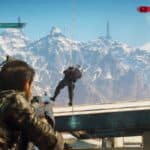 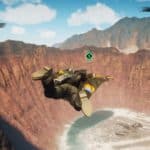 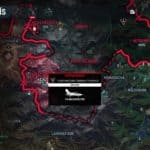 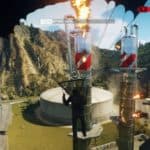 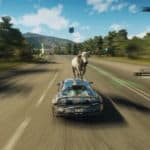 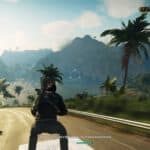 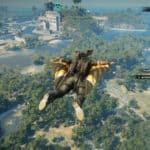 I encountered my fair share of bugs, which is perhaps inevitable in a game as vast as Just Cause 4. However, they were more on the bizarre and amusing side than actually frustrating. The most memorable one was when a cow superglued itself to my car roof for a whole racing mission for some reason.

The wingsuit itself is a hugely enjoyable way of getting around, employing the same mix of skill and freedom that made the web-swinging great in Spider-Man a few months ago. It is good that travel is fun, considering how absurdly huge Solis is. Out of some of the minor side missions you can complete to upgrade your tethers, I enjoyed the stunt missions involving the wingsuit the most.

Just Cause 4 is a sandbox in the truest sense of the term, being better as an environment for the player to create their own fun than it is a set of structured challenges. The player has more tools at their disposal than ever before to create immensely satisfying destruction. However, when the game tries and sits the player down to fight the Black Hand on its terms, Just Cause 4 starts becoming a bit exhausting to play.

Without a compelling narrative or varied missions to look forward to, Just Cause 4 started strong but became more of a slog in the later game. I can certainly recommend Just Cause 4 as a fun sandbox destruction simulator. However, if there is going to be another sequel, it needs to focus on adding more substance beyond a bigger map and bigger explosions.