Just the mention of the Super Smash Bros. series gets most Nintendo fans itching to get a controller into their hands. It’s not hard to see why, either – since the very beginning of the series in 1999, the crossover brawler has been a hit with both the casual and competitive crowd. For this reason, Super Smash Bros. Ultimate has got to be the most anticipated Switch title since its official announcement back at this year’s E3. Does it live up to the prestige of its predecessors?

On the surface, it doesn’t look like much has changed: the design and feel of the characters haven’t been given quite the overhaul of previous Smash games. But while existing fighters haven’t changed too much, Ultimate brings us a whole host of stuff both new and returning. Most importantly, Super Smash Bros. Ultimate contains every single fighter that has ever featured in one of its titles, meaning that nobody’s favourite has been overlooked. Additionally, it hosts a surprisingly challenging campaign, as well as tourneys, and a unique Classic Mode route for each fighter.  It all adds up to be the most well-rounded Smash game to date.

Everything just feels a little bit more dramatic.  The clouds of smoke and bolts of energy that flash across the screen are powerful and bright, but don’t cause screen clutter.

The new fighters Ridley and K. Rool have long been requested by fans, and boy was it worth it. Just as they are in their respective games, they’re both large and somewhat slow. But woe betide you if they land an attack – you’ll be sent flying. K. Rool in particular is a joy to play, as his particular brand of goofy villainy isn’t seen in any other character.

“It all adds up to be the most well-rounded Smash game to date.”

If you’ve played any Super Smash Bros at all, then you’ll be able to pick up and play this one right off the bat. The meat and bones of it haven’t changed much over the years, and especially if you’ve played the games on Wii U and 3DS, it won’t feel very much like you’re playing a different game at all.

This may disappoint those of you who were hoping for a brawler more in the style of Melee. But the current system is more accessible, easier to ‘get gud’ at, and is still heaps of fun.

Another great addition is Incineroar, whose fast and hard-hitting attacks can make short work of its foes. It feels incredibly satisfying to throw people around like rag dolls and slam them into the dirt, but be careful of ledges, as he isn’t the best at jumping or recovery.

The returning fighters haven’t been changed much beyond general balances,  though where are some here and there. And though they might look similar to the 3D models from Wii U, they are more detailed and animated with far more personality. The redesigns for Link, Zelda, and Ganondorf are particularly cool. Stages, both  new and returning, look absolutely excellent, and the remixed music for each one is a blessing for the ears.

Online still suffers from a tiny bit of lag, and being stuck with Australian internet doesn’t help. Most battles passed with minimum problems, however, which is a good sign that Nintendo’s new subscription service is actually doing some good. The game ran into more problems when trying to play across multiple Switch consoles over local wireless. Once we added a third Switch there were significant increases in lag, so if you’re thinking of hosting a Smash tourney, it’s best to use only 1-2 consoles if possible. 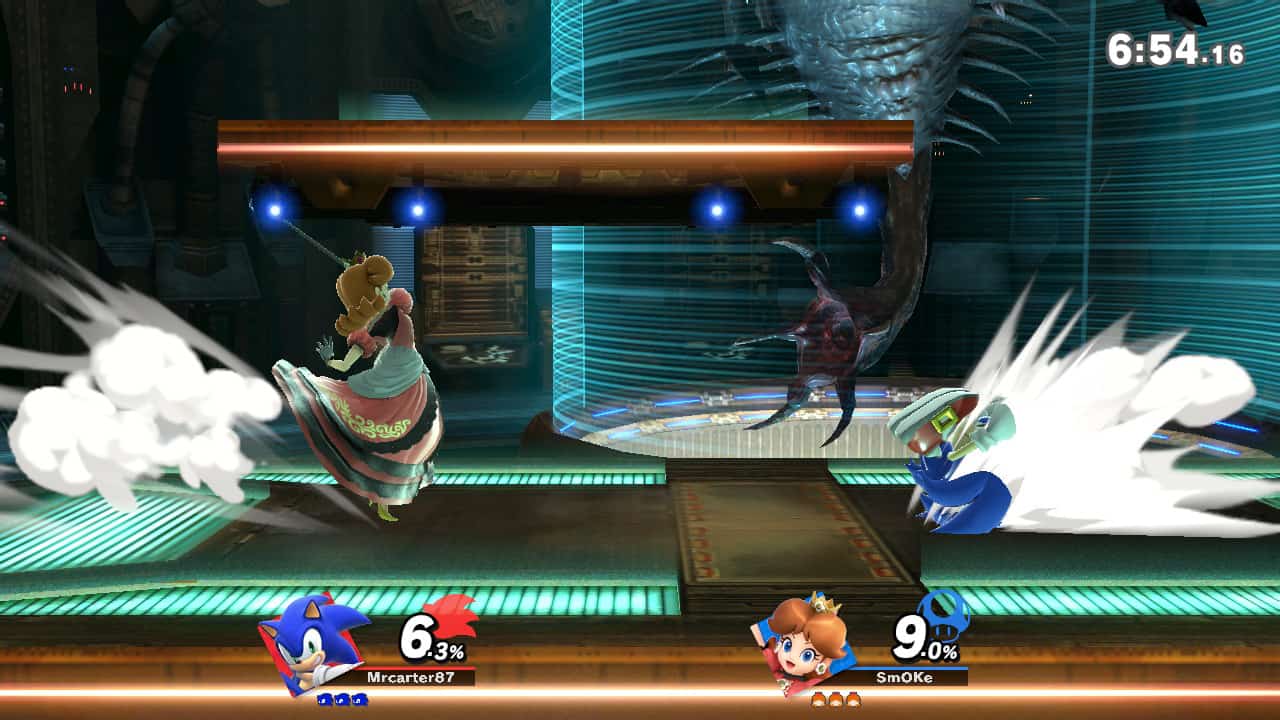 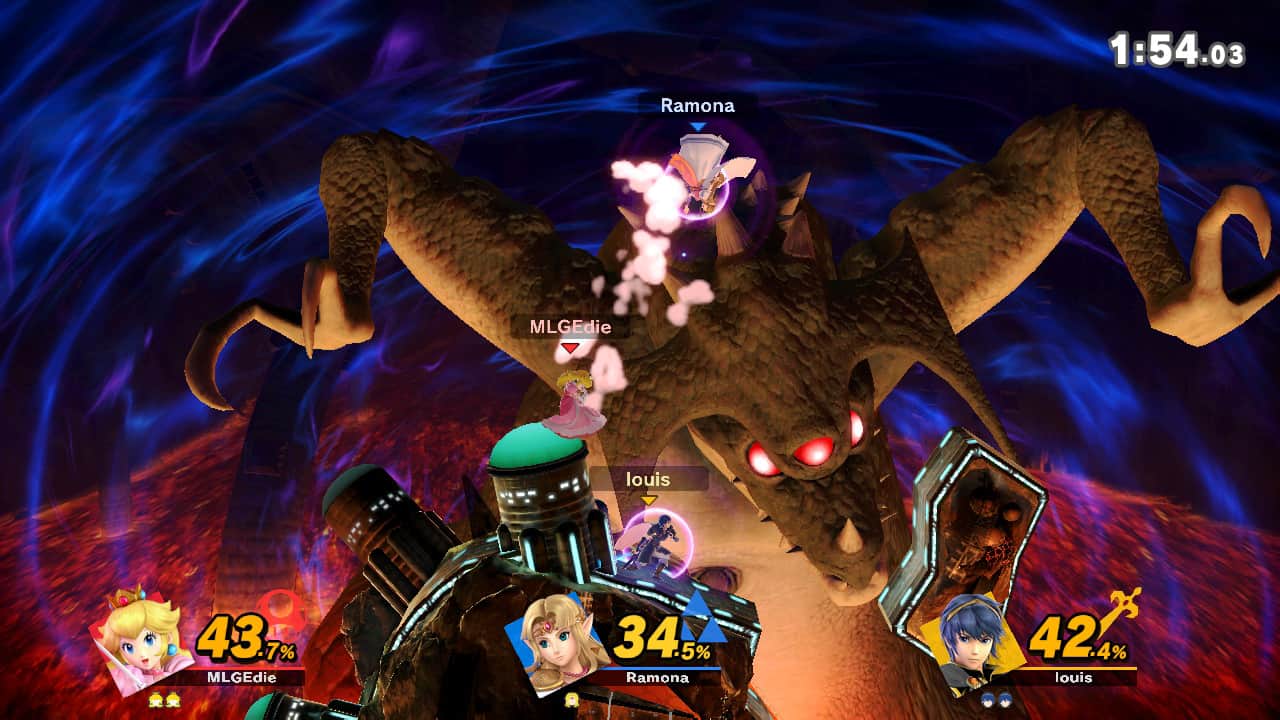 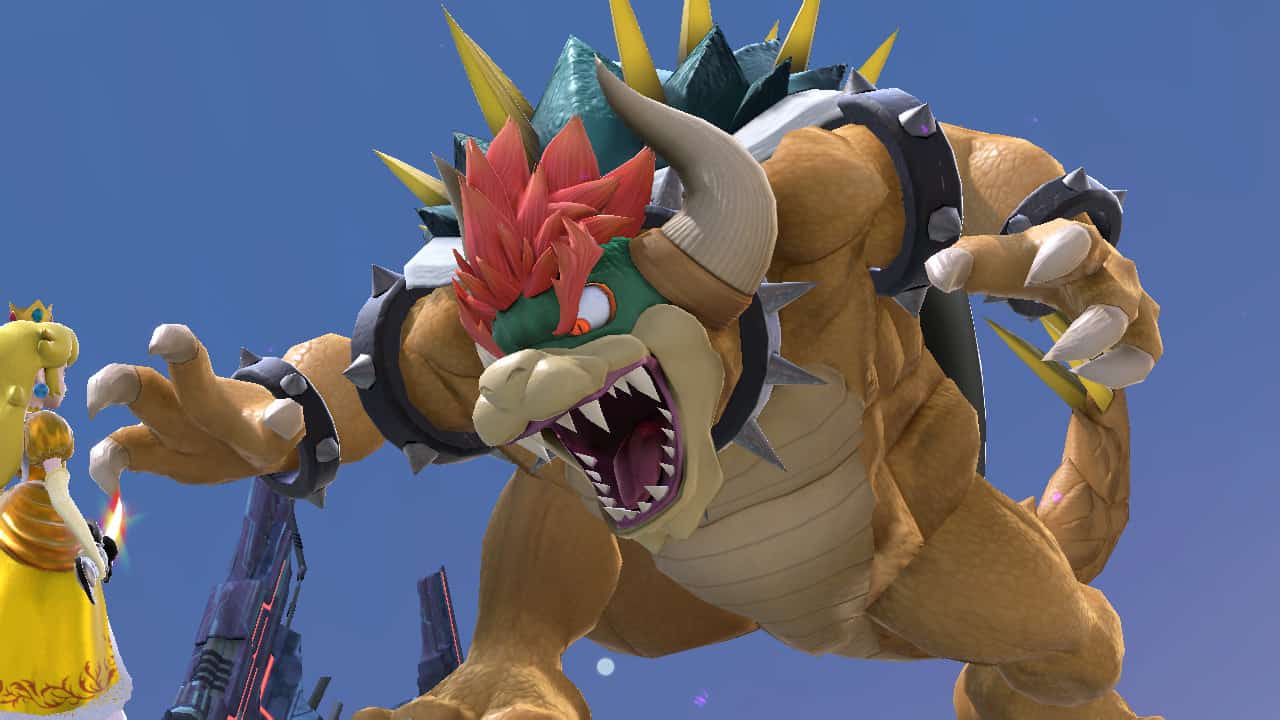 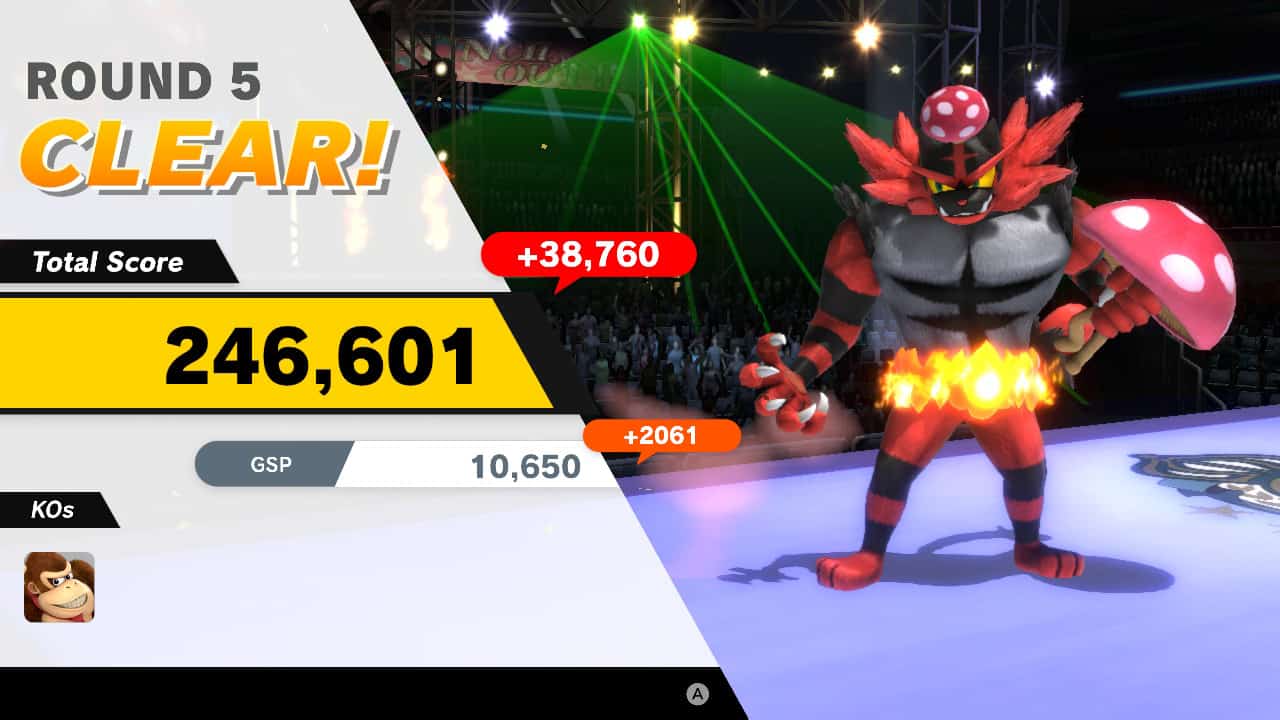 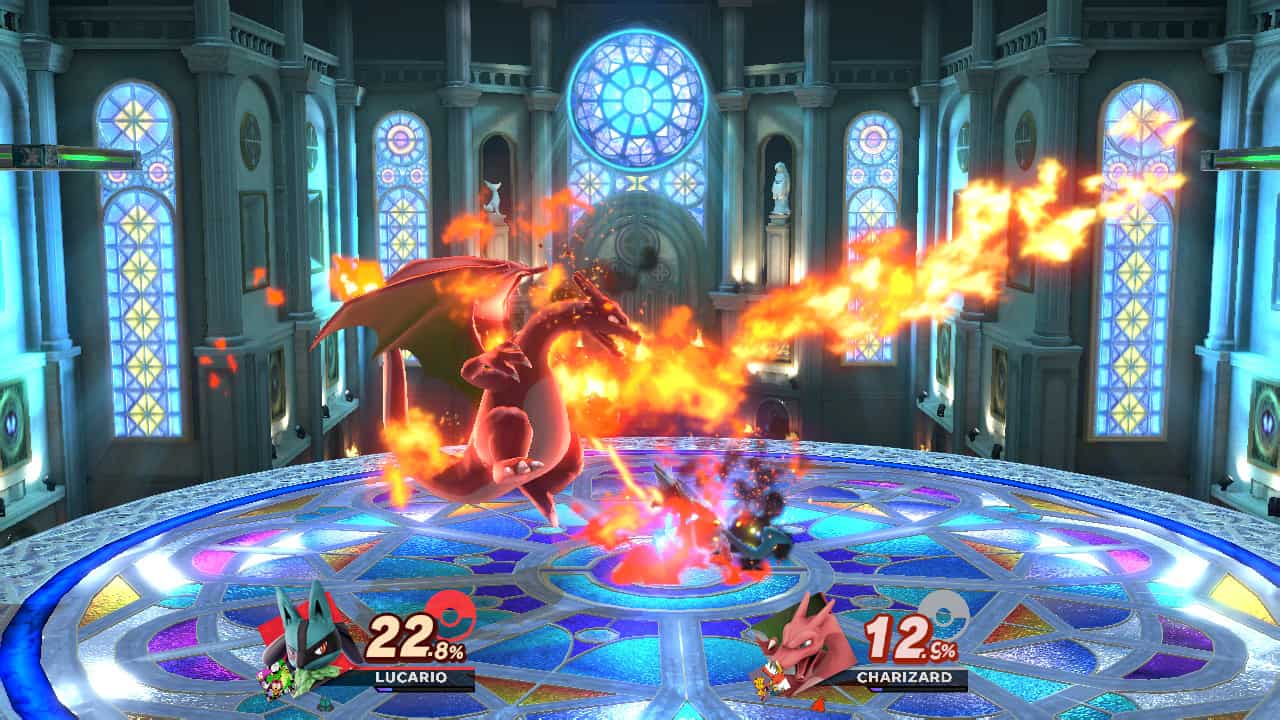 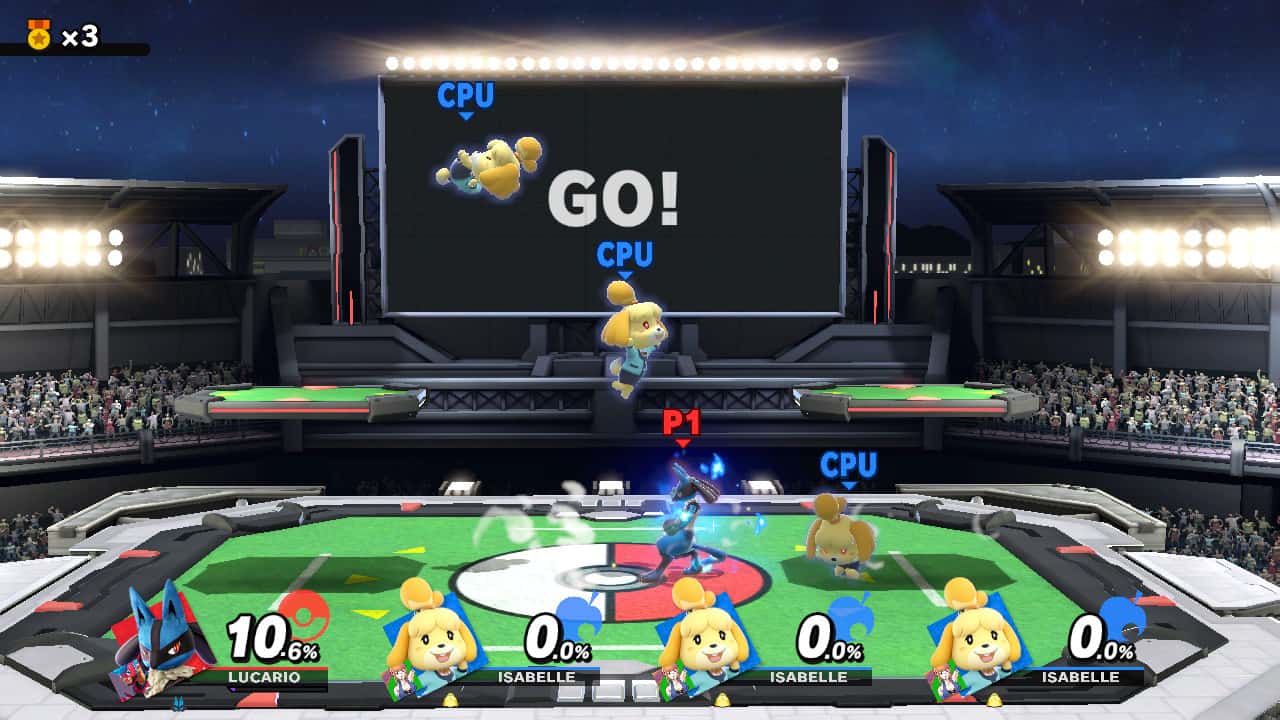 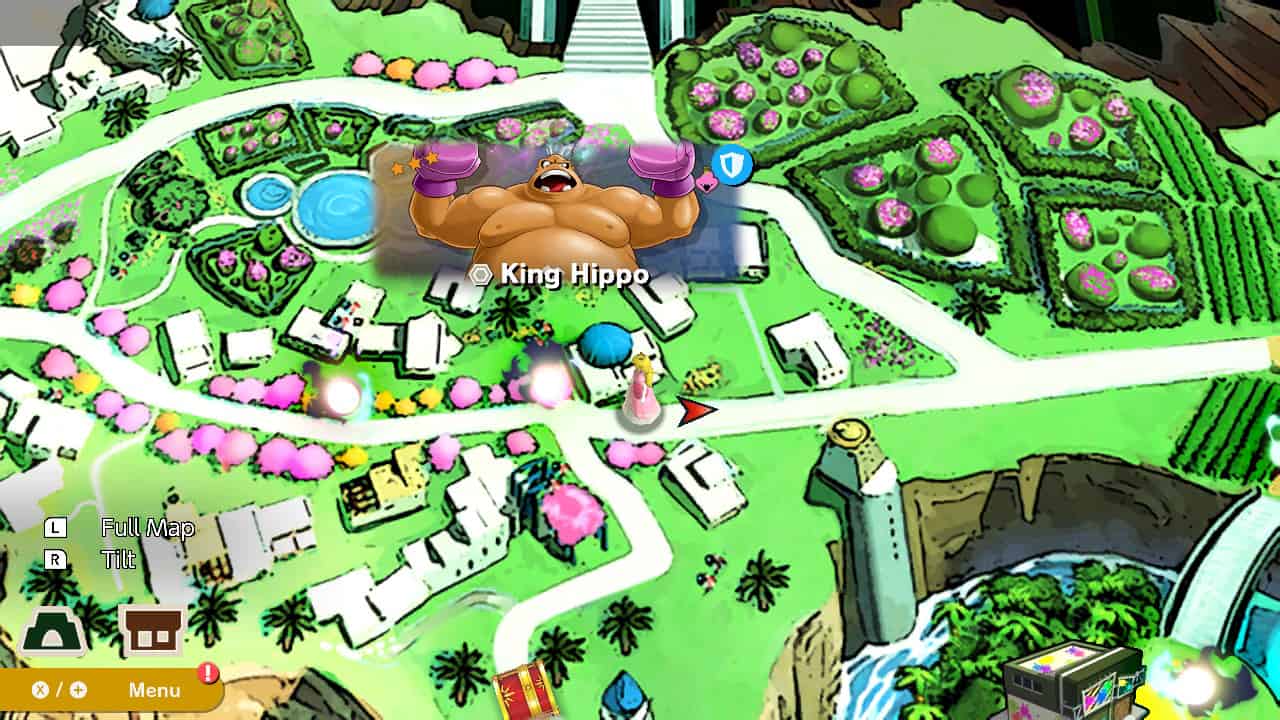 Super Smash Bros. Ultimate has heaps of options and battle tweaks that you can adjust to your exact liking. Stage Morph, a new option that makes your chosen stage transform into a totally different one, is a great way to make use of the game’s 100+ stages.

Still missing however is the ability to switch off specific assist trophies or Poké Balls. Both items contain a very wide variety of helpers from across the Nintendo universe, who assists any fighter who reaches them first. They’re great fun, but not all of them are a winner. While most are great and its always fun to try your luck with a random helper, there will always be some that don’t match your preference. Considering the fact that other items have the option to be tweaked to your liking, it seems weird that Assists and Poké Balls don’t offer the same.

The World of Light

I was initially skeptical of the World of Light adventure mode, as I was previously unimpressed with Brawl’s Subspace Emissary (apart from the admittedly hilarious cut-scenes). However, World of Light turned out to be engaging, fun, and even humorous at times.

Starting with only one fighter, Kirby, you traverse a surprisingly large and varied map to rescue the other fighters before taking on the final boss Galeem. Each stage is a single battle with a range of different conditions, such as an extra stage hazard or a powered-up enemy. Stages are short and sweet, and can range from being very easy to the kind of difficult that makes you want to throw your controller against the wall.

Winning a stage will reward you with a glorified sticker – called a “spirit” – with the image of a character or object from a game series. When equipped, they add to your fighting power and give you a few cool bonuses to boot.

When assigned to a stage, they change the conditions of the field or enemy fighter. This is where it gets humorous: floors that make you fall asleep, ant-sized enemy teams, or a constant barrage of powerful items are just some of the wacky things that can occur.

It’s a little disappointing that the Spirits (I still have a hard time not calling them stickers) have replaced trophies, which have been a staple of the Smash series since Melee.  They’re still fun to collect though, and I found myself getting excited upon finding any Spirit from one of my favourite game series. It’s certainly enough to get me returning to World of Light, even after rescuing all of the fighters.

I’ve got no doubt that Super Smash Bros. Ultimate will take Smash 4’s spot in the competitive field. They’re very similar, but Ultimate does everything just a little bit better. With the promise of more to come in the way of DLC characters and stages, it’s an investment well worth your while. The first DLC character has already been revealed, so it seems like the stream of additional content won’t be too far away. What are you waiting for? Go get this game!

Super Smash Bros. Ultimate is one of those games that I’d be hard pressed NOT recommending. Even if you aren’t keen on competitive games, it’s great for a casual time with your mates, especially now that it’s on such a fantastic home console/portable hybrid. I couldn’t exactly disagree with anyone who’s disappointed in the similarity to its predecessor, but I still count this one as a must-have for any Switch owner.