Neon and Synth are oozing from the battlefield as my fighter of choice, Vance in his fancy white suit, dashes across the scene armed with only a katana in a room full of rocket launcher wielding enemies. I reflect two missiles but take a third to the face killing me instantly. It’s fine though, next round I will have my revenge. And wouldn’t you know it, revenge tastes just as sweet as the 80’s synthwave paired with my bloody usurping—this is how Hyper Jam pits you against stranger and friend alike.

Coming from local developers Bit Dragon, we’ve stayed up to date with Hyper Jam and actually met with them at PAX Aus last year to preview the game ahead of release. We were excited for it’s release then and I can confidently say that the excitement was warranted as the game instantly hooked me with it’s easy to pick up fast paced arena combat. 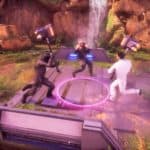 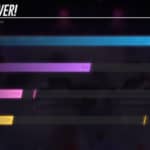 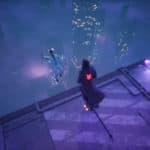 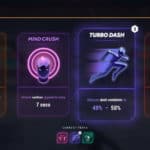 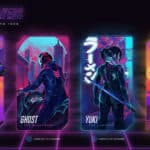 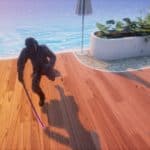 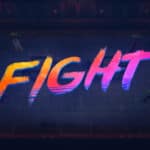 Packed with style Hyper Jam is a top down 4 player arena brawler utilising an arsenal of weapons to choose from and high speed twin stick combat. Choosing from one of four playable characters, each with a distinct look, you’ll jump into one of a variety of maps. Wether it be a cyberpunk cityscape or a Miami Vice sun drenched pool side, each has distinct characters and obstacles to watch out for. You’ll be able to choose between either local co-op or online, which does allow two local players to take part, and then mayhem will ensue.

Starting bare handed and using dashes and punches you’ll quickly spot weapons dropped into the field, each colour coded to be instantly recognisable. These include things such as a battle hammer, bow and arrow, grenade launcher and more, each balances quite well in the field. You’ll have quick light attacks or you can charge a heavier attack that can’t be held indefinitely. Pairing these with dashes and a block that reflects attacks you’ll aim to be the last one standing when the dust settles.

It would be easy to assume that a rocket launcher would out perform a sword, but really I found the most wins getting in close and slicing the enemy to ribbons. Really each weapon has strengths and weakness’ and you’ll discover what works perfectly with your particular combat style.

“It would be easy to assume that a rocket launcher would out perform a sword, but really I found the most wins getting in close and slicing the enemy to ribbons.”

Each game is comprised of a few rounds, with points from kills and last man standing going towards your final score. Once you’ve filled up your points bar you’ll be marked and the next round that you are last man standing in you will take the game. This means all the other players know to pile on to you and they can catch up and also fill up their bars with the chance to win if they stay alive when their time has come.

This further shows the attention to balance that the game has. This travels over to your characters power ups as well. At the end of every round once scores are tallied four powers up are offered to the team, players are asked to choose a single card. The order of choosing will be lowest score to highest so it gives advantage to those who need the best card on offer. Grabbing a duplicate card will upgrade the power up and it can make all the difference. Powers include more health, faster movement, surviving a killing blow every 30 seconds, stunning a player when hit every 7 seconds and much more.

Hyper Jam is a great party game, after a few rounds to acclimatise to the controls and rules the gameplay itself is simple enough that you’ll be dicing up enemies to the synth beats. A levelling up system means that you’ll be unlocking cosmetics for the four characters that you can show off. The addition of playing online means you can definitely get competitive if that is what you’re seeking but I really think the couch co-op is really where this one shines. When all is said and done it’s a great little romp from a local developer, if you’re looking for something that will inflict raucous laughter and shouting as your friends play, along with a strong vibe of “just one more” then Hyper Jam belongs in your library.