Whether it’s the power of friendship, guts, or determination, Shōnen Jump, for the last 50 years, has provided its fans with endless hours of entertainment. The spectacular stories that have come out of this weekly manga serialisation are legendary. Several iconic popular culture personalities, like martial artist Goku, pirate captain Luffy, and leaf village ninja Naruto all owe their humble beginnings to this one amazing serialisation. Having recently reached its 50th year anniversary (2018), the Japanese publication, alongside Bandai Namco, announced plans for a game that would celebrate its rich history. Jump Force is the culmination of Shōnen Jump’s legacy, into a game, for the fans that have loyally supported the publication all these years, with myself proudly included.

The story of Jump Force isn’t exactly hard to follow; a nefarious duo of Villains, Kane and Galena, have begun to invade our world, but in doing so have also opened it up to several different realities – all of them from Shōnen Jump series. Players are thrown right into the thick of battle after creating their very own character; I’m not ashamed to say I spent a good hour exploring all cosmetic options. After engaging in a few tutorial battles I was introduced to the Jump Force team and was charged to fight in one of three allied factions, Alpha, Beta, and Gamma, each with their own specific specialty.

With the logistics of battle sorted out, relatively, it was finally time to lay the smack down and start battling with all the characters I’d watched on television, growing up. The only problem was that despite having the option to take on several missions, each with their own rewards, I had no laid out path for story progression. Jump Force unapologetically places story progression in the hands of the player, so I was tasked with exploring the organisation’s multi-level base to find my next story cut scene – it got tedious after a while.

Once I got the hang of my surroundings I tried my hand at a few of the free missions, each with their own conditions for clearing, this is where the game started to pick up. By completing a mission and successfully meeting the challenge conditions I was granted special moves, and abilities that I could teach to my own unique character and equip for stat boosts. Not only that, missions were a fantastic way to both raise my fighters level, but also get a feel for the battle roster, as almost every character found in-game is playable in the free missions. 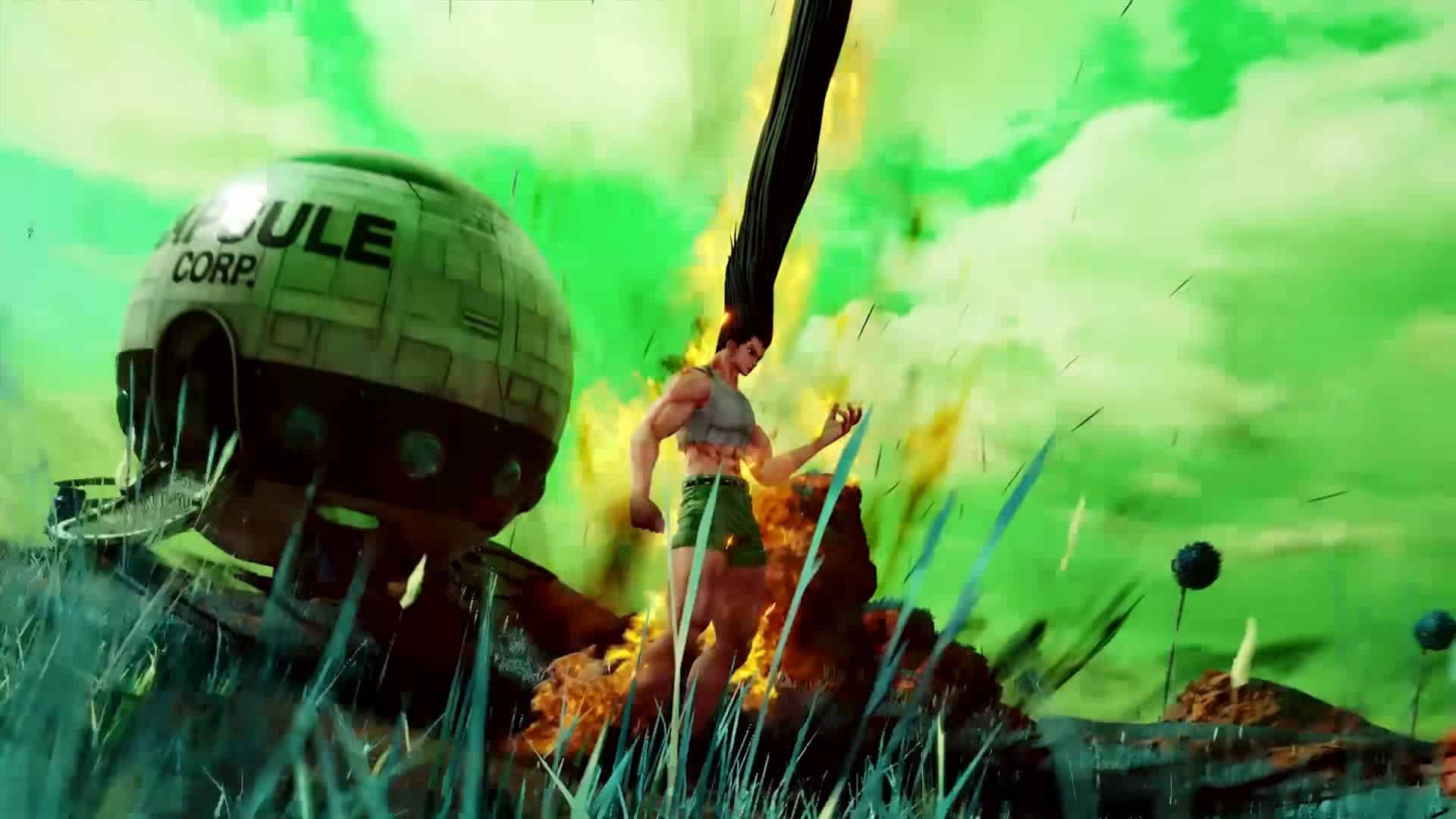 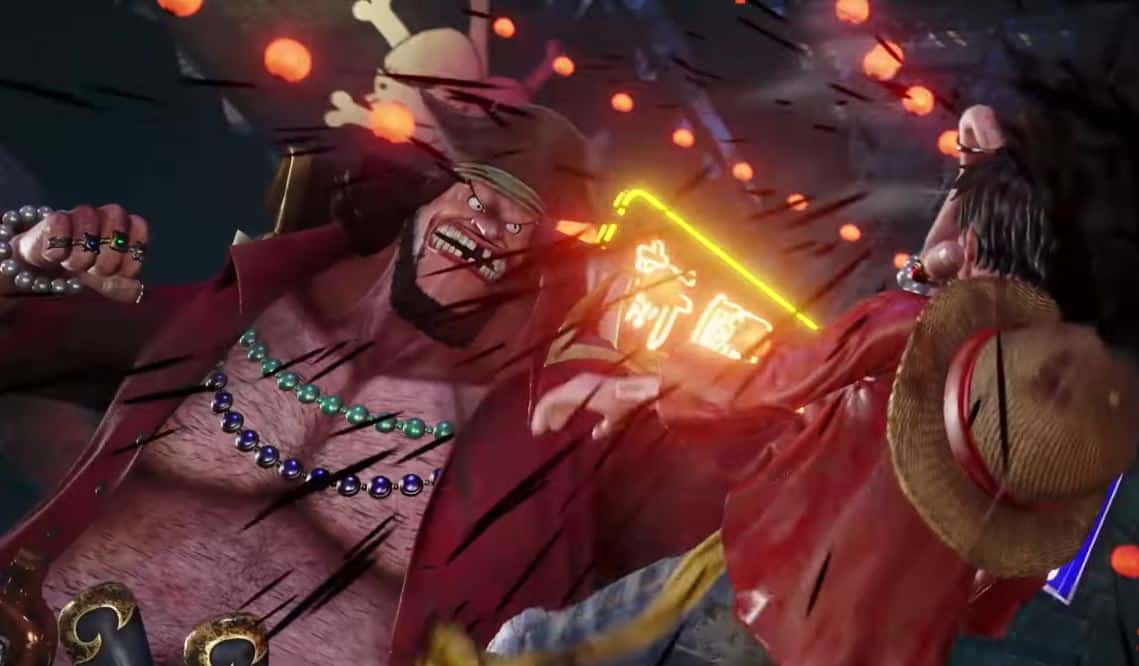 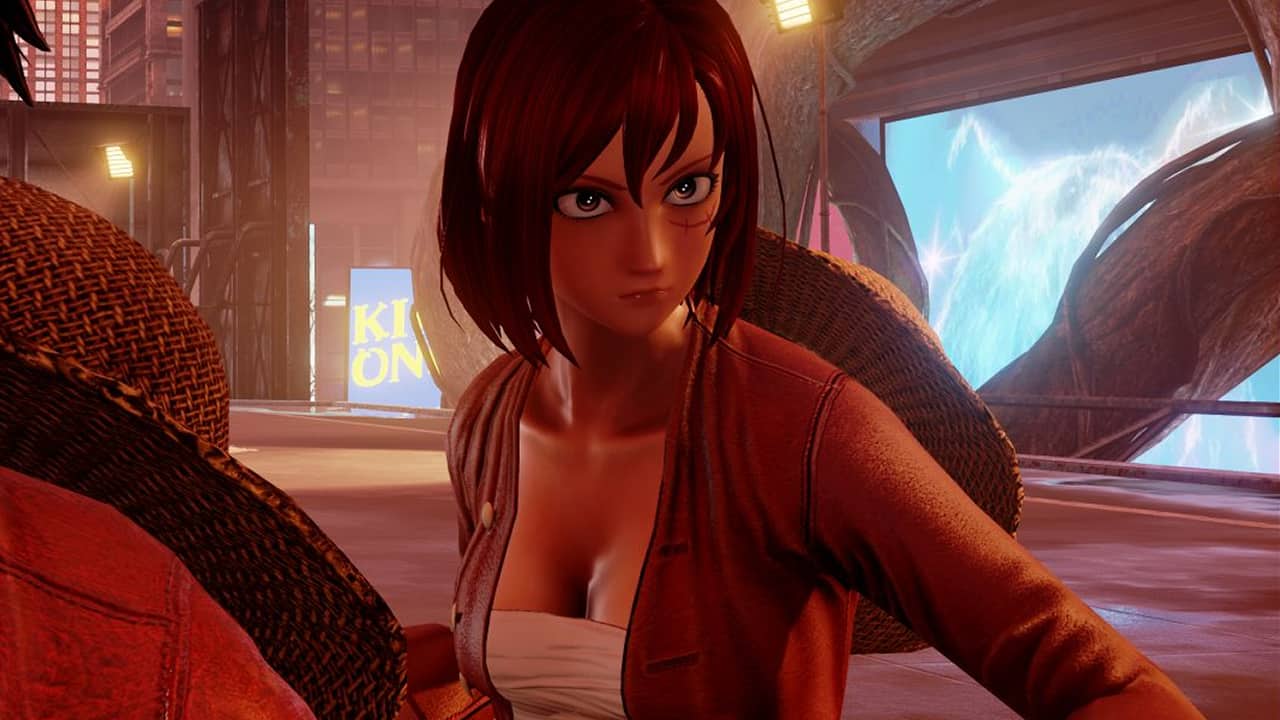 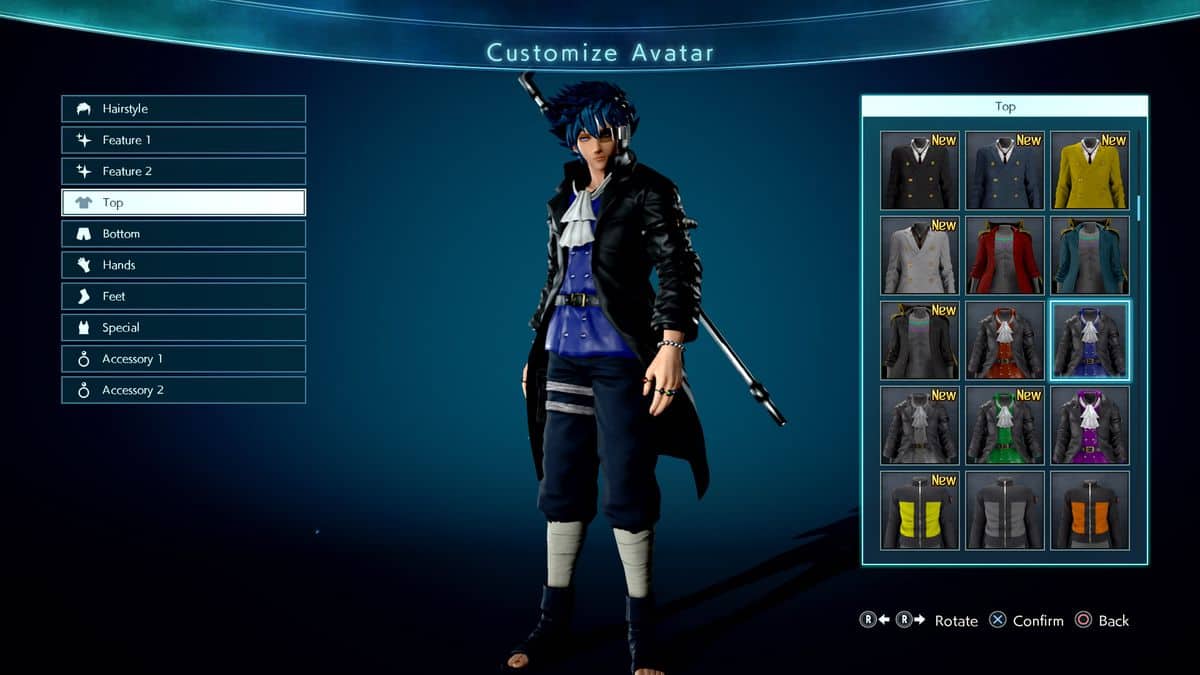 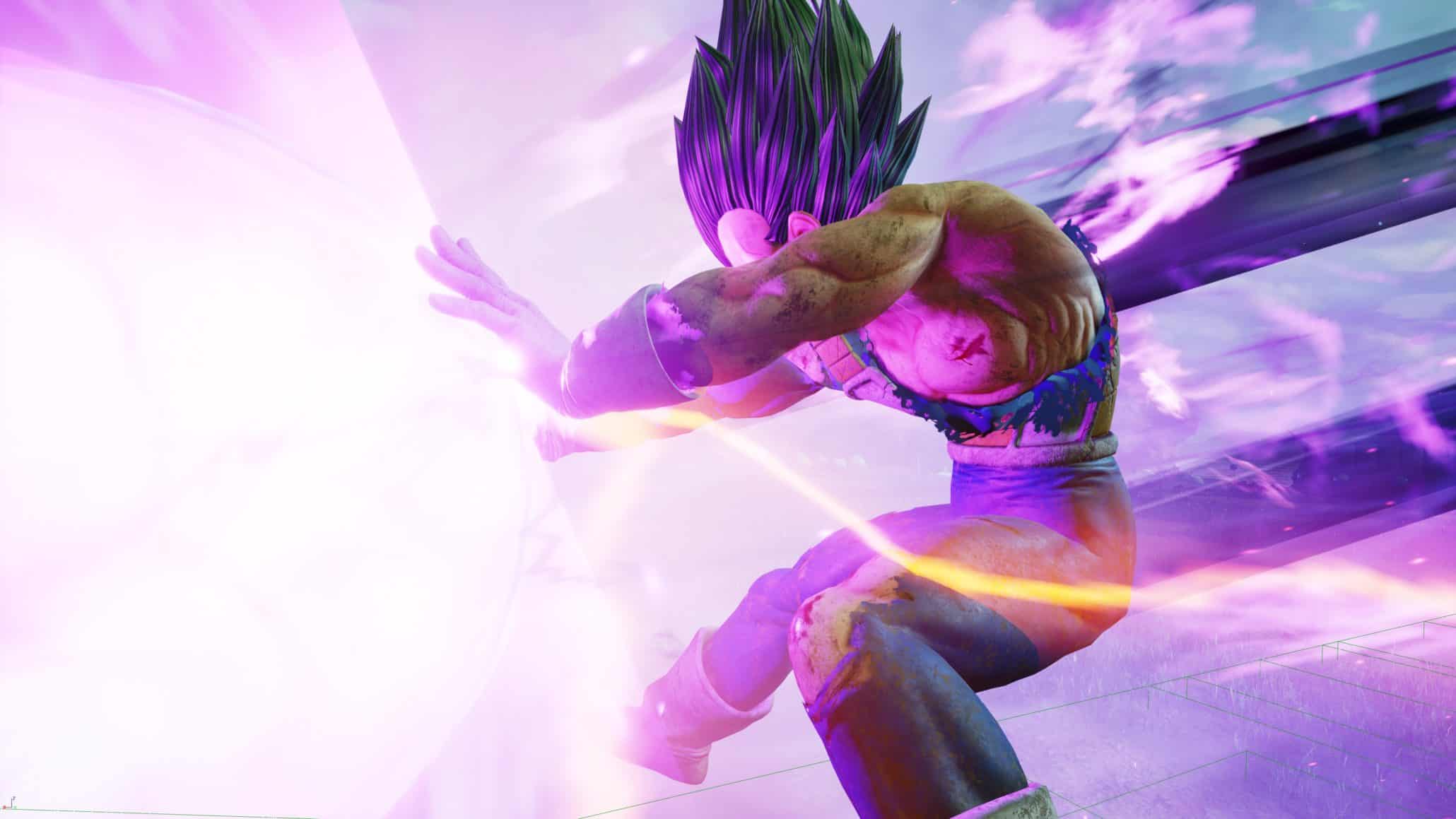 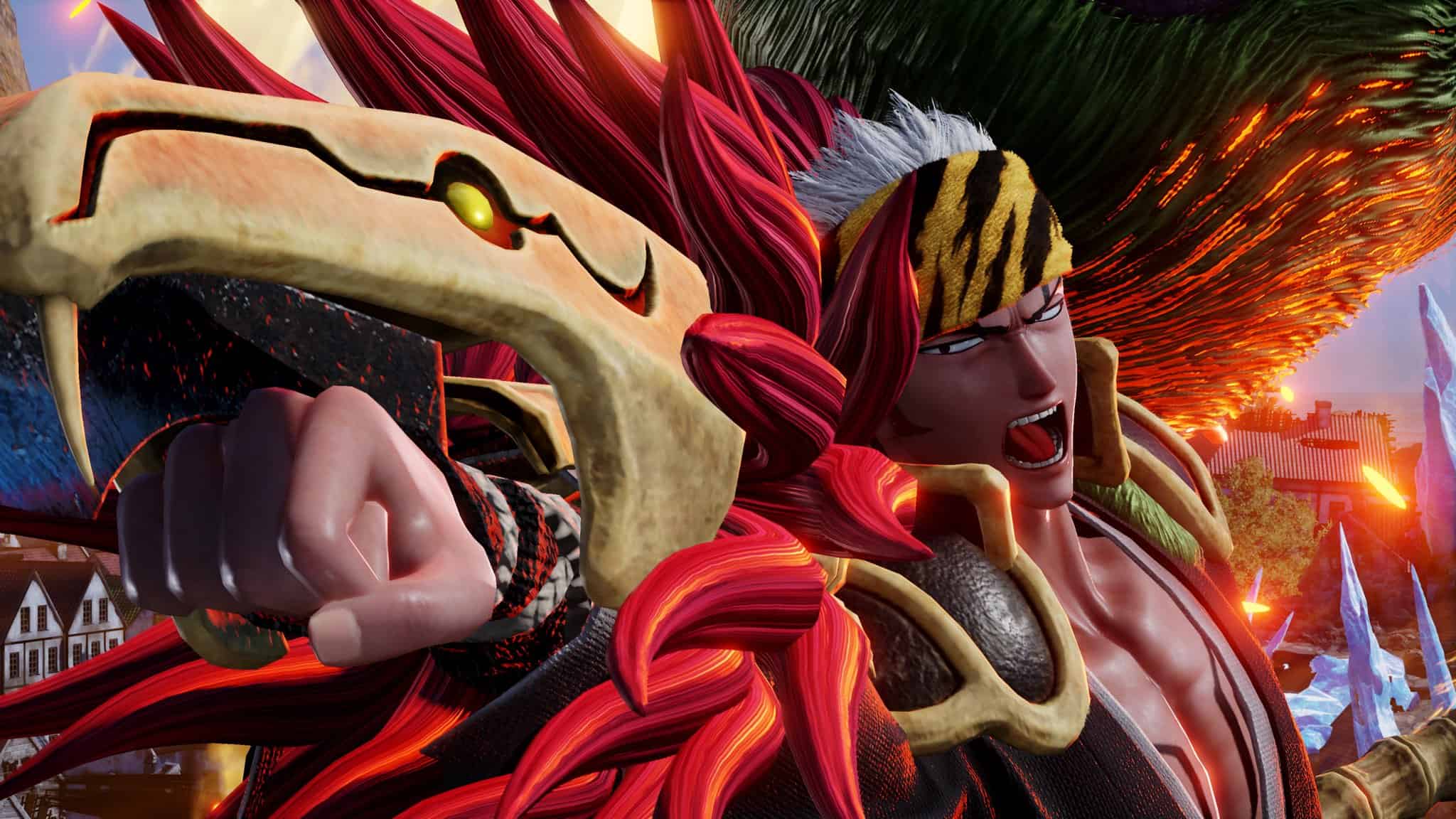 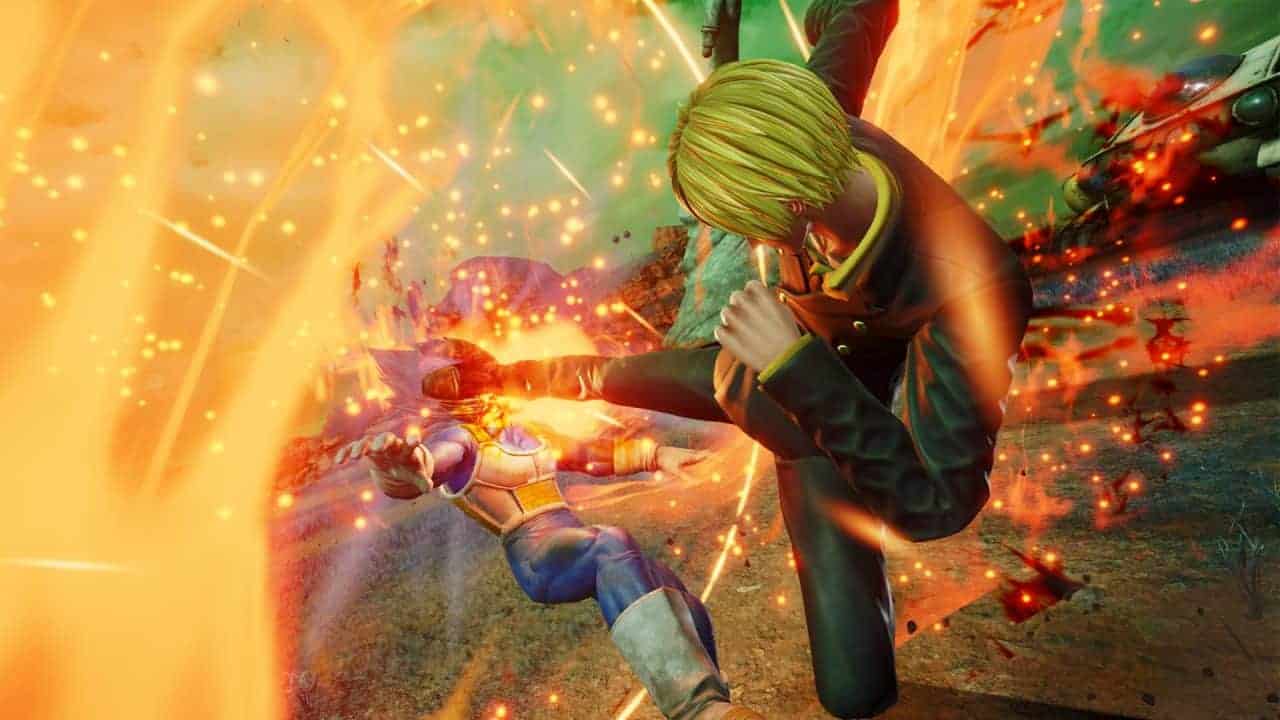 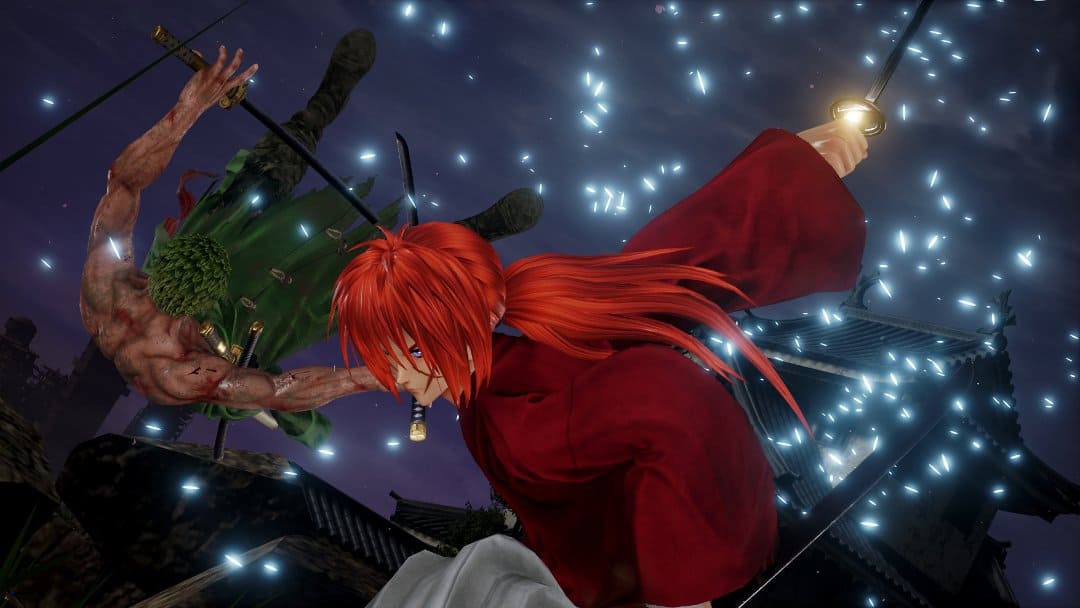 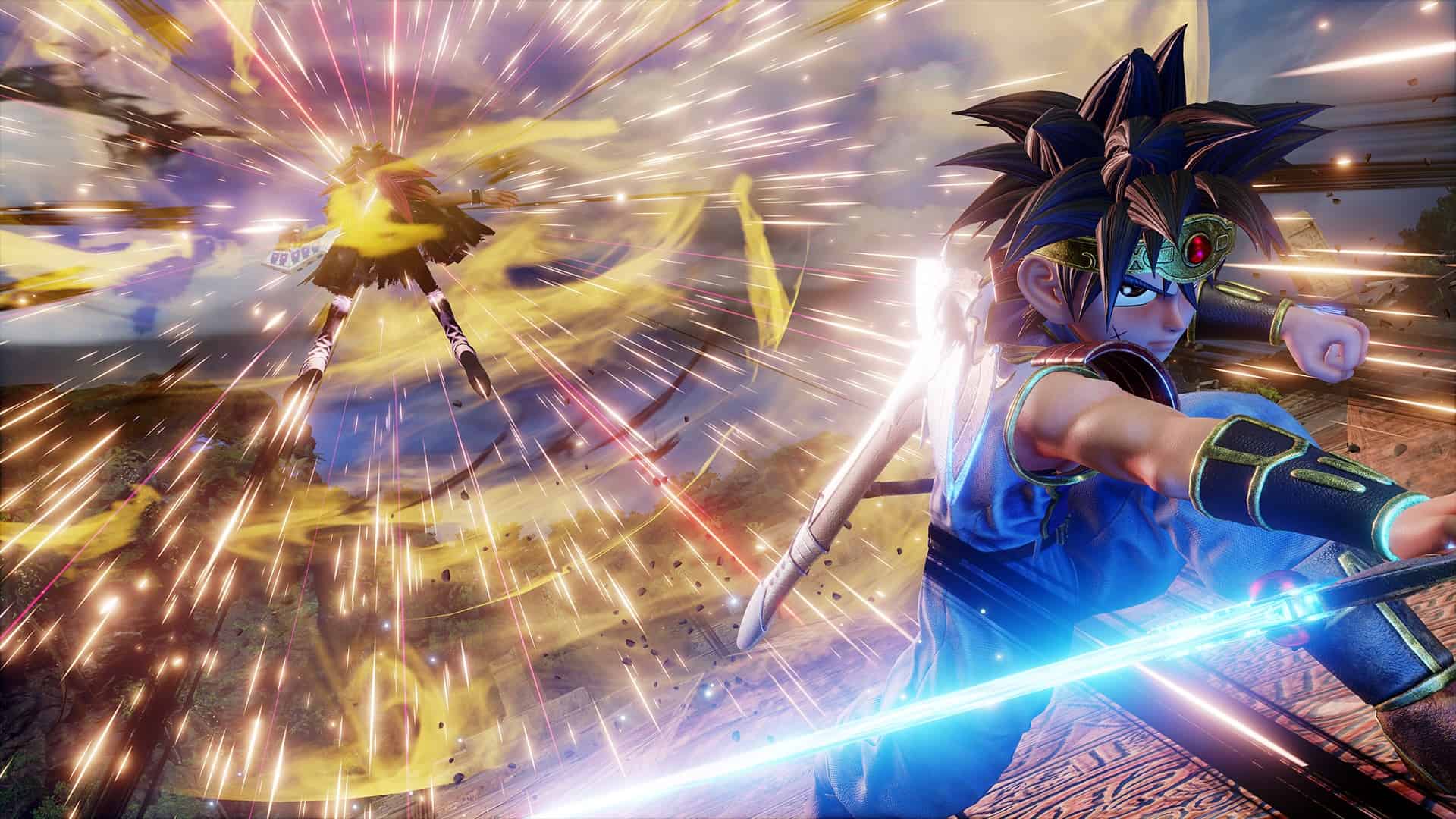 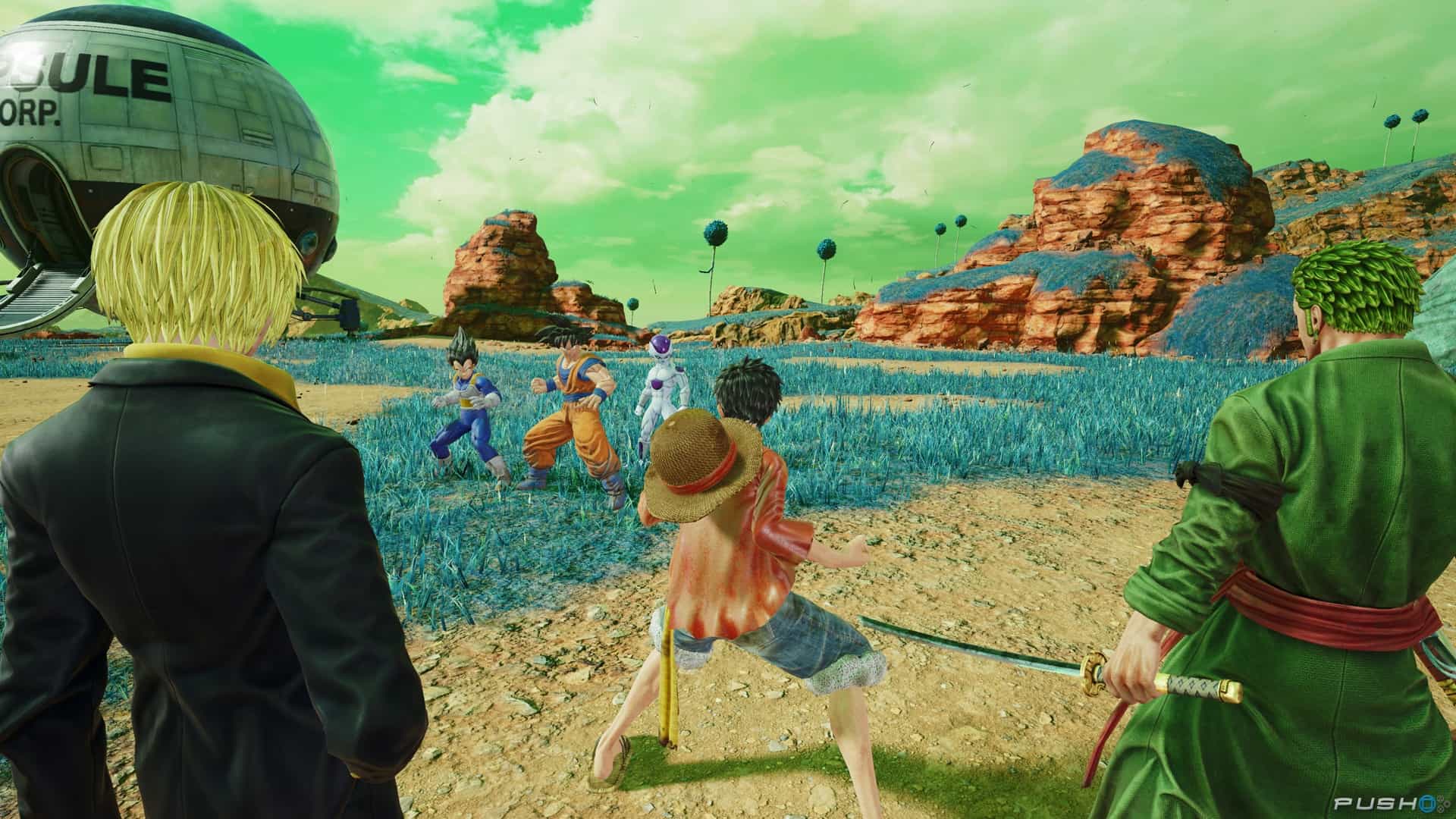 Fights in Jump Force are a spectacular sight to behold with enough rushes, combos, ultra-moves and awakening transformations to keep even the most loyal of fans coming back for more. The battle mechanics were easy enough to wrap my head around with a series of light and heavy attacks, as well as grabs to start off with.

After gaining some assistance from the tutorial missions I was fighting like a pro in less than an hour, and battle was much more enjoyable when I knew exactly how to fight. Despite the fact that I could now dish out devastating combos, this didn’t happen anywhere near as often as I was expecting as the A.I. opponents heavily relied on block to prevent me from dealing any real damage.

Teamwork and swift reaction times, more often than not, were integral to battling on equal footing with your opponent. Learning when to block, dodge and parry helped me win my battles, even if it sometimes took a loss or two figure it out. Each character has their own way of battling, and some were certainly more painful to deal with than others, when fighting against. An example of this was a gruelling fight with Naruto in his awakened Nine Tails Chakra mode; he absolutely obliterated me by constantly spamming long range attacks, giving me no time to get close and attack with my close range fighter. I got very close to throwing my hands up in frustration, something you never want to happen in a fighting game.

“…the quality of graphics and smooth movements of each character really brought the intensity of fights to whole new level.”

Battle difficulty aside, the quality of graphics and smooth movements of each character really brought the intensity of these fights up to whole new level. I found myself constantly admiring the flashy nature of battle, and enjoyed it whenever I got the opportunity to unleash a powerful awakening attack. Awakenings also granted certain characters with boosted stats in speed and attack, making it essential to learn how to play defensively. Thankfully, most characters can boost their stats with a transformation, so that provided me a fighting chance of winning.

One of the most enjoyable aspects of Jump Force is the opportunity to fight alongside some of my favourite anime characters using a completely new fighter of my making. I thoroughly enjoyed playing through the game and upgrading my fighter as I obtained new moves and abilities to wield against my opponents. Of course getting to deck out my character in new fighting garments was just as much fun and I always found myself getting excited when I got a new set of clothes to choose from.

Jump Force, despite being an enjoyable gaming experience, isn’t without its flaws, as I came to learn early on. Battling became tiring and frustrating when the A.I. did nothing but block 90% of the attacks I laid out – it felt almost like a broken mechanic. Blocking can only be broken with grabs and charged attacks, but it becomes tedious when that’s half the battle – you expect large scale punch ups, not subdued defensive battles of attrition.

There was also the fact that despite being a game with 50 years of characters to choose from I only counted three (four, once you included Galena) female fighters in the entire roster, something I was hoping would change in the lead up to release, but alas I was sadly let down. Lastly, while I understand Jump Force is a tribute to the Shōnen serialisation and its fans, this also meant it would harder for new gamers interested in playing to empathise with the in-game story and its character’s experience.

A wonderful homage to what has been half a century of stories told, Jump Force is the celebration of a beloved Japanese serialisation in game form. Its influence not only on me, but popular culture as a whole, can’t be ignored as millions upon millions of fans all around the world share their experiences and passion for a fighting game 50 years in the making.

Is it the next best fighting game out there? Not by today’s standard, no. However, it does fans of the series proud with faithful adaptations of the fighters included and has room to grow and improve given that it’s an online game. Get ready to defend the earth from the tyranny of Prometheus with help from Goku, Luffy and Naruto!