The thirteen year-long wait for Square-Enix’s Kingdom Hearts III is finally over. The road leading up to Kingdom Hearts III has been long and winding, with several new side stories and many re-releases of previous titles; one had to wonder if we’d ever see the final chapter of Sora’s story. Arguably, it would be hard not to expect anything short of gaming perfection from a release like Kingdom Hearts III due to its lengthy production. Being a huge fan of the series, I had waited patiently to witness the end of the Seeker of Darkness saga, and without spoiling it too much, I got everything my heart could dream of in a finale, and more.

Trying to explain the story of Kingdom Hearts to new players can be difficult, especially if you don’t have hours on end to discuss the intricacies of its complicated history. Luckily, Kingdom Hearts III has taken a fair chunk of the main story and created 5 short tales that players can watch before starting the game, found at the title screen. This feature certainly would help newer players ease themselves into the game and even provided me with a quick rehashing of previously played games.

My favourite part of any Kingdom Hearts game is the opportunity to explore a familiar Disney world, and this installment did not disappoint. Several new worlds feature in Kingdom Hearts III including Monstropolis (Monsters Inc.), Arendelle (Frozen), and San Fransokyo (Big Hero 6), as well as some familiar ones, like Olympus (Hercules) and The Caribbean (Pirates of the Caribbean). I was blown away with the attention to detail in each world; it often felt as though I was literally stepping into the middle of the movie it was featuring.

Learning from past mistakes, the game’s obligatory tutorial makes use of a pre-existing story within Hercules to help players find their footing within the fast, and often times hectic gameplay style, many fans have become accustomed to. While each stage shares many similar mechanics for traversing, each layout is unique and an absolute joy to explore.

Worlds like Arendelle and the Kingdom of Corona focus more the original film’s tale and don’t stray too far from pre-established events. Alternatively, the Pixar worlds like Toy Story included in Kingdom Hearts III opt for original stories that take place after their respective films endings. This made for a more enjoyable play through, because it never became too predictable. Of course travelling to other worlds means new forms for Sora, Donald, and Goofy; I was pleasantly pleased with each new interpretation, particularly his Monsters Inc. look, which changed colours based on when certain conditions were met

Battles in Kingdom Hearts III are still a sight to behold with a number of mechanics from several past games making it onto III. Sora’s main weapon, the Keyblade, returns with a transformation twist that blew me away. Almost all of the obtainable keyblades have the option to change their form, either into a set of pistols, a magic wand, or even pirate flag adorned spear. The option to equip three interchangeable keyblades at a time made for some entertaining battles and damage combos. Learning each new keyblade’s ins and outs, as well as being able to upgrade them gave me a new level of control that I never expected to have. 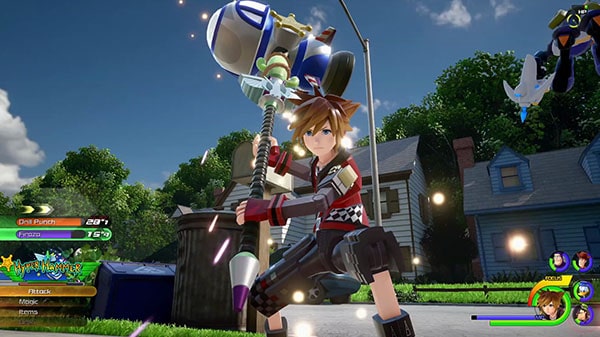 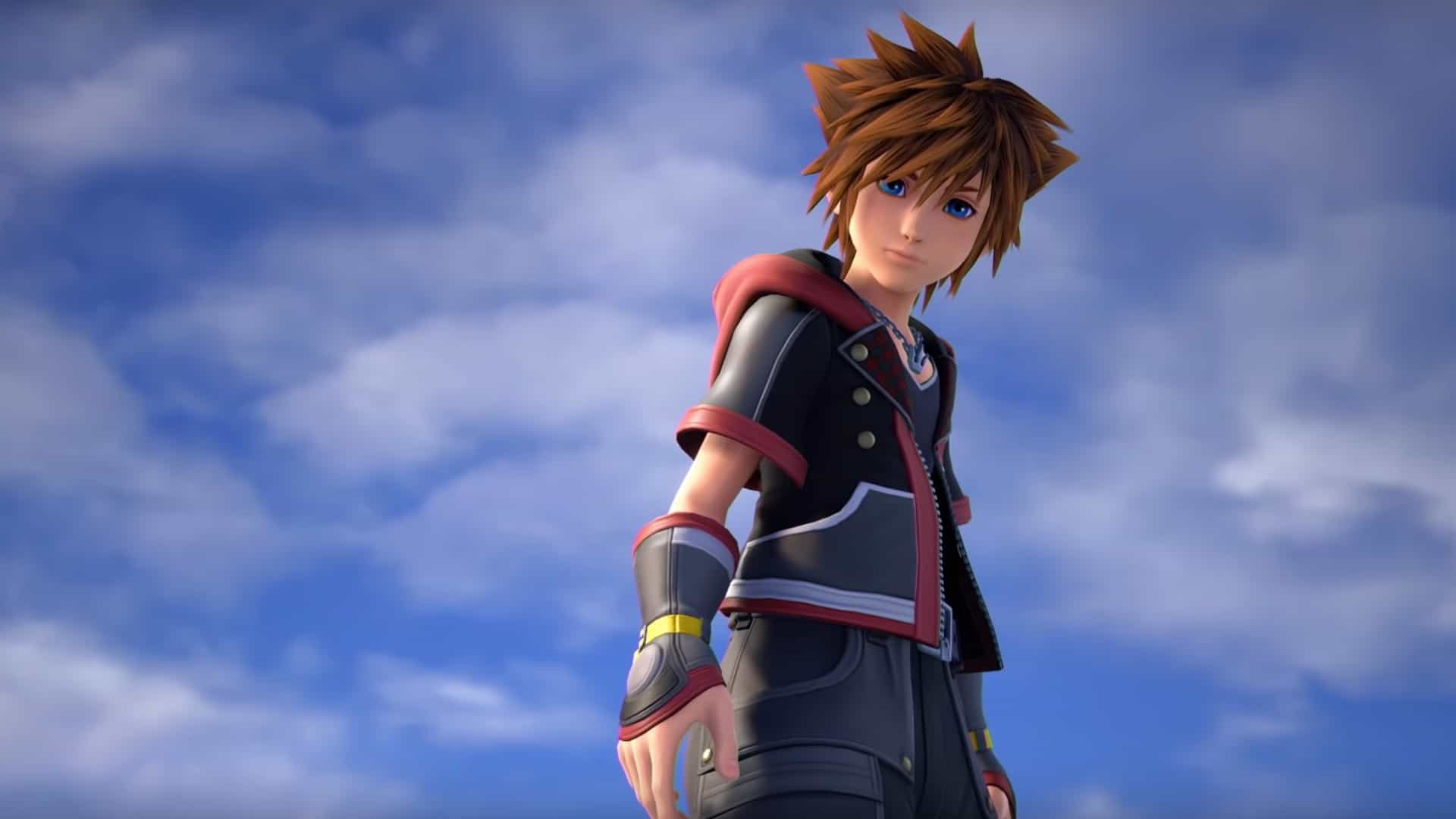 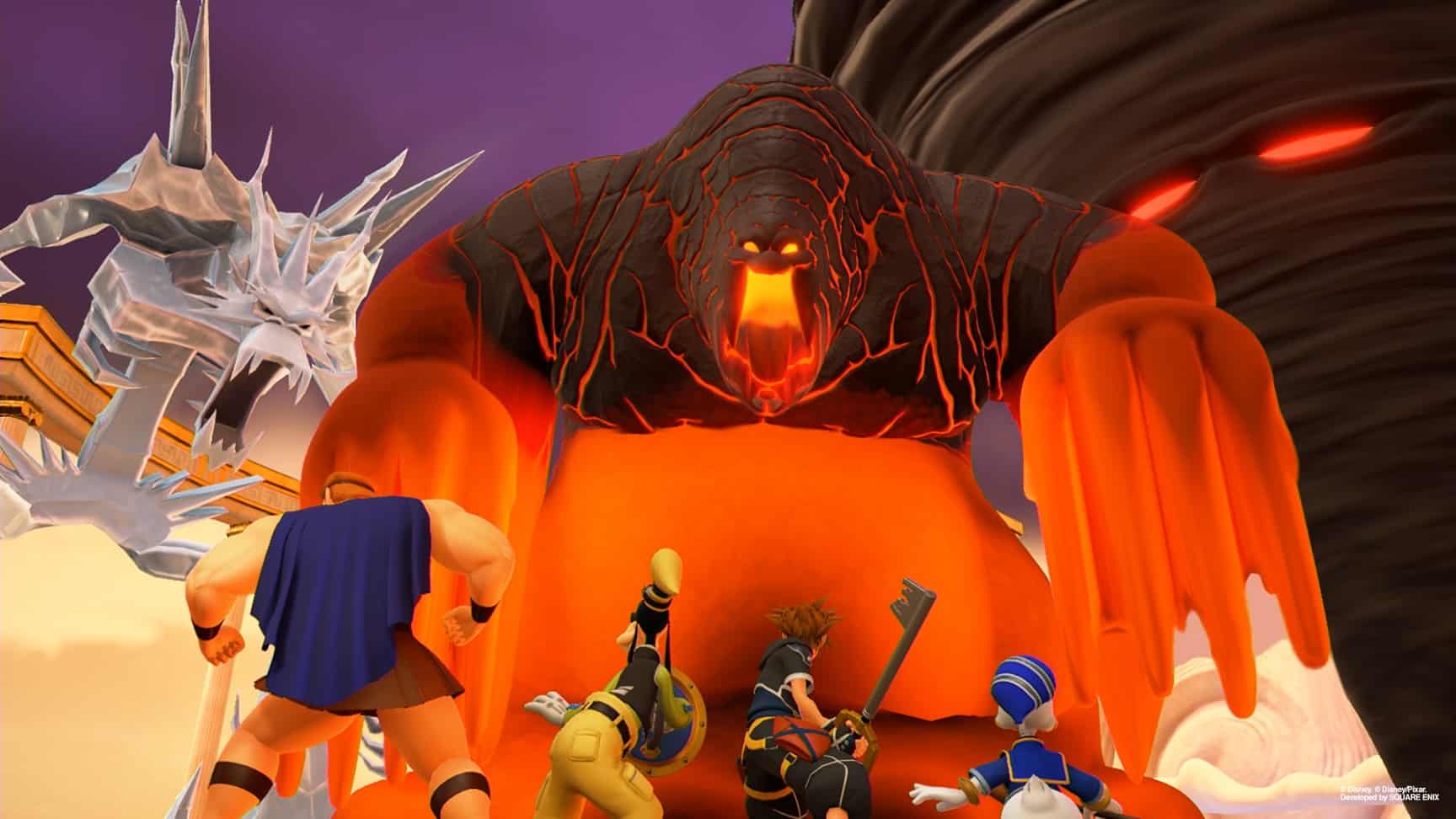 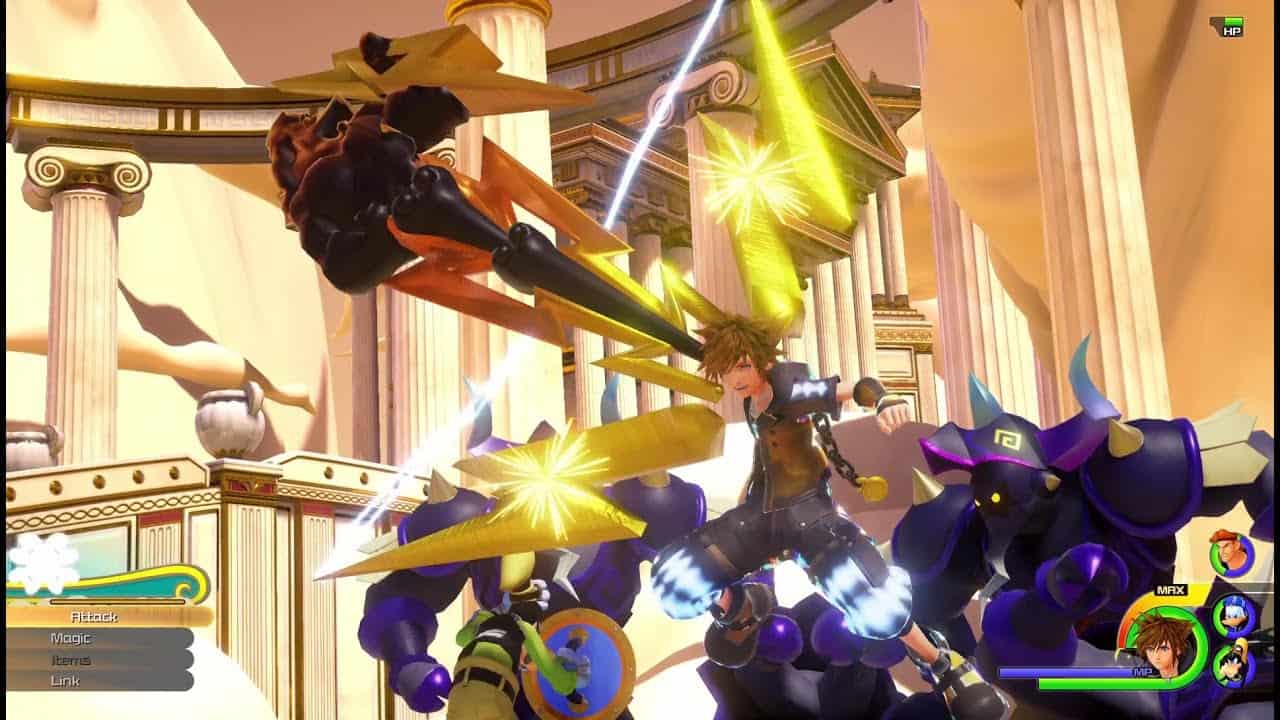 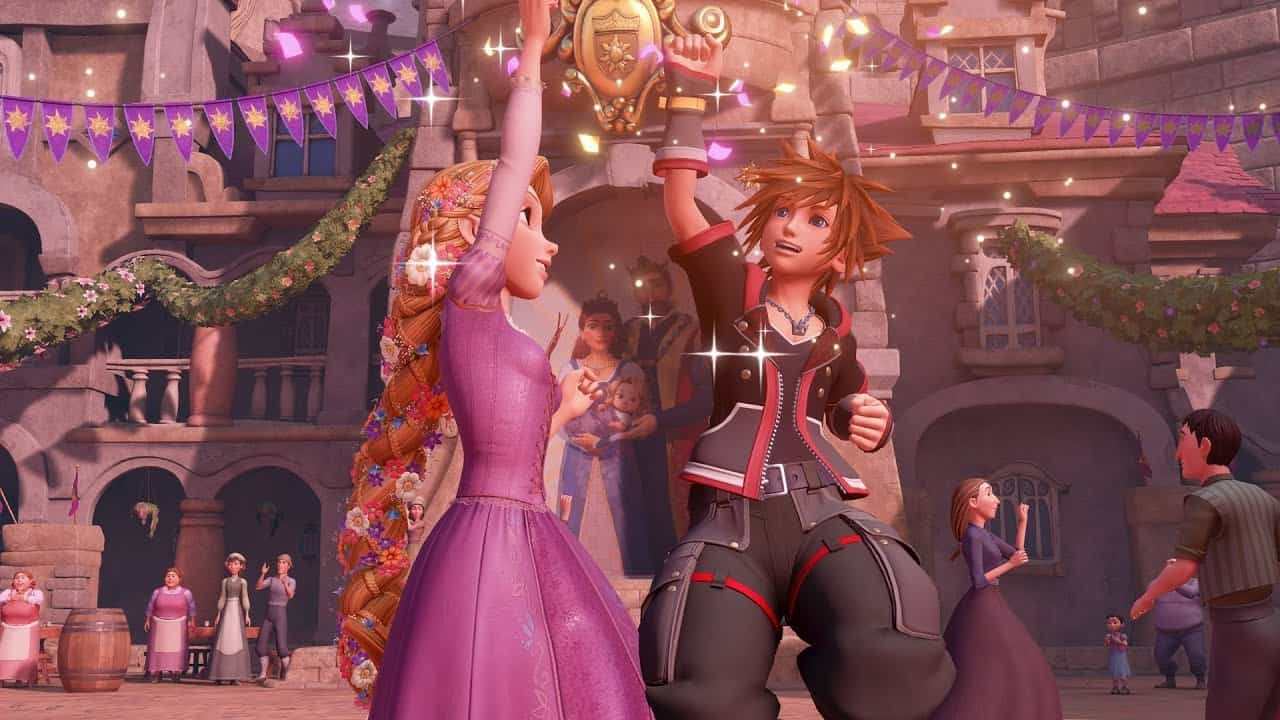 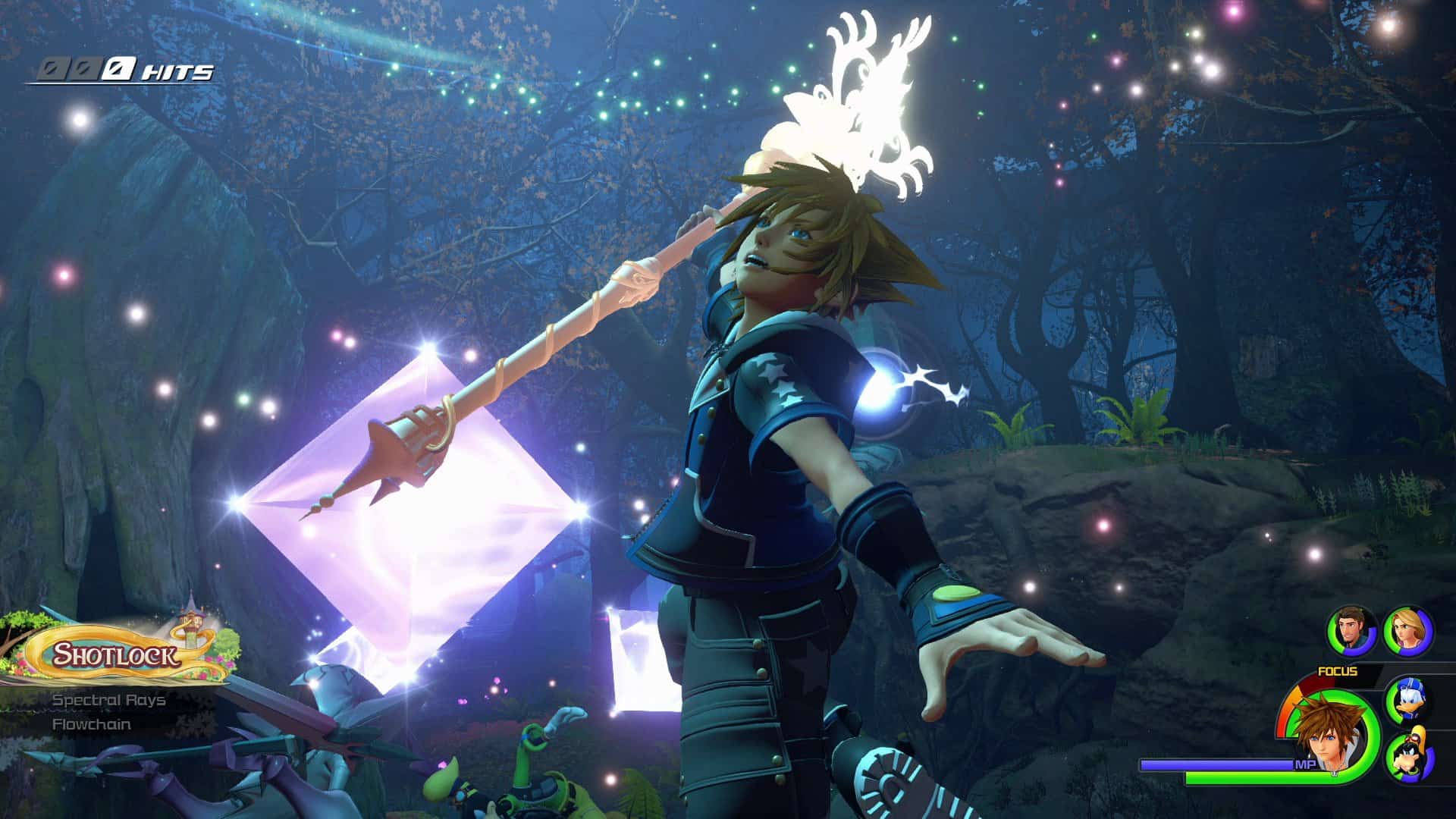 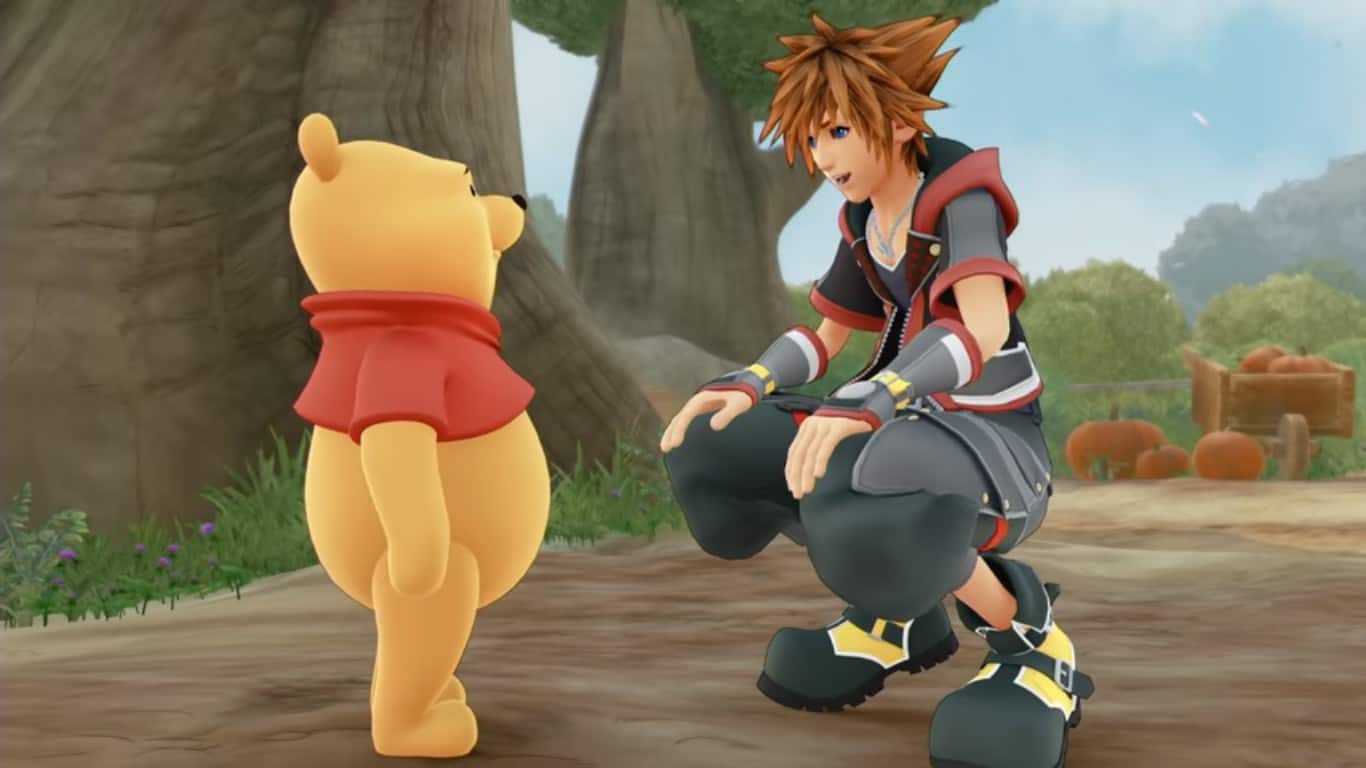 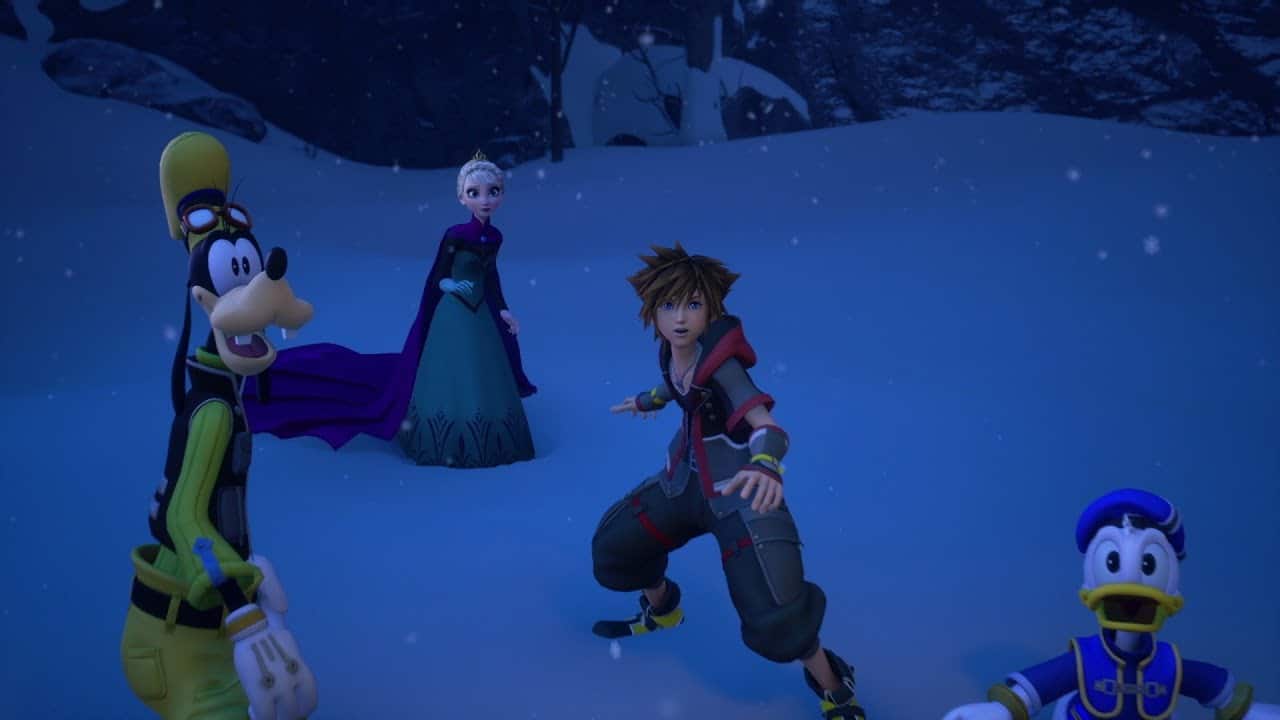 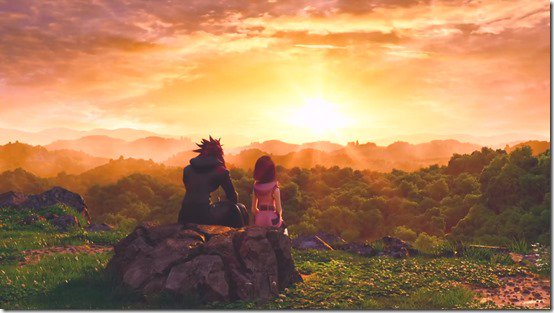 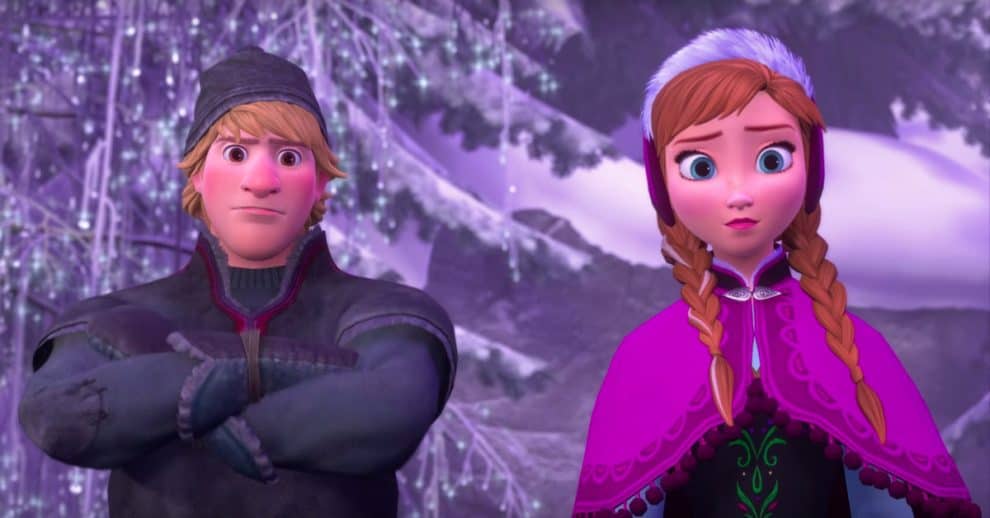 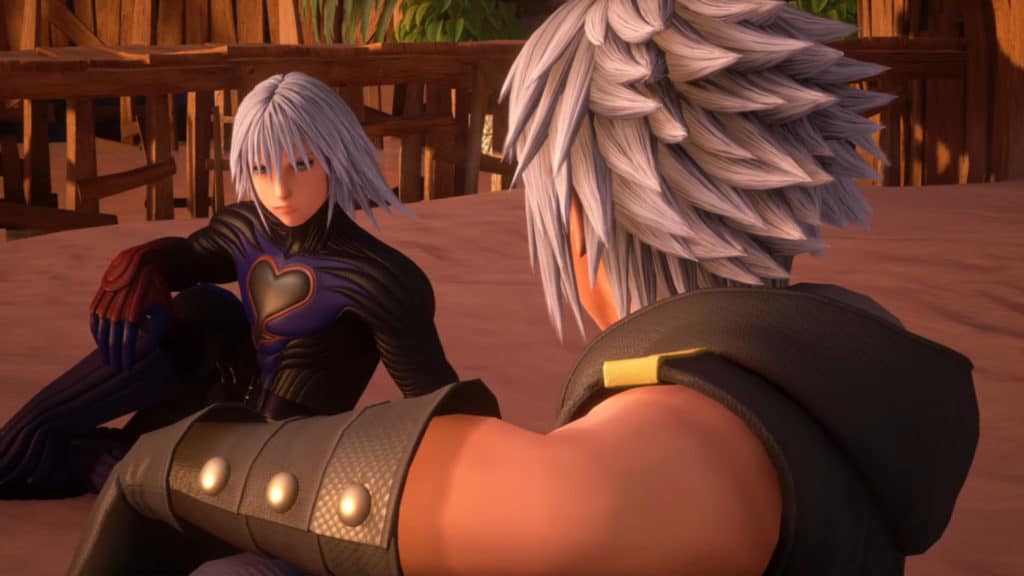 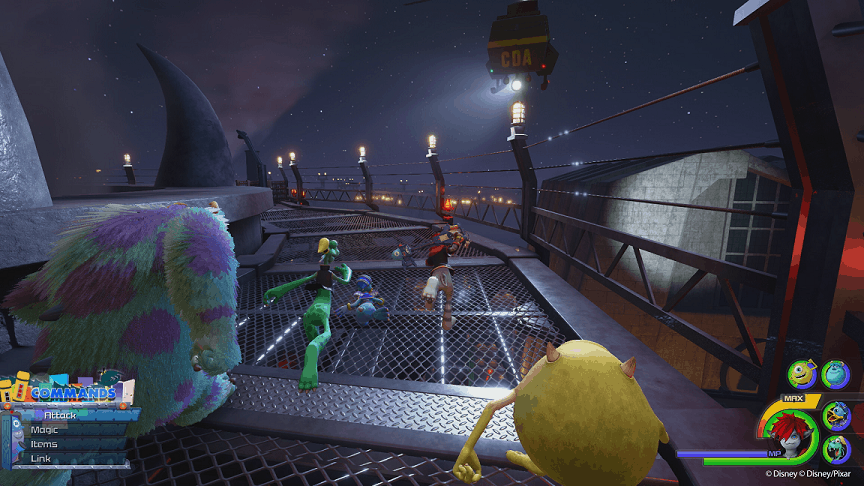 The battle roster of each world varies depending on where you are, with interchangeable allies being done away in Kingdom Hearts III. While the new style of teamwork gameplay is enjoyable, it feels a little less immersive as you don’t need to monitor your team mates as often. Thankfully both Donald and Goofy have also been given some love with more precision timed healing and team combos that tear apart enemies. My only complaint with this being that the team attacks came too irregularly, so I learnt not to depend on them.

Summons within Kingdom Hearts have always been a fun addition to series, taking a cue from its sister series Final Fantasy. You’re able to summon the likes of Wreck It Ralph, Ariel, and Simba, each with their own style of attack and flashy combo finishers. While each is fun to use, their relevance within the game was merely symbolic as they had no major role in the game except to “look cool”. Same can be said with the attractions, whose inclusion in the game made me feel exceptionally giddy. Getting to ride some of Disney’s most iconic theme park rides was a delight, despite them sometimes being the last thing you wanted to summon when right in the middle of an attack combo.

Item creation with the assistance of the moogles who turn your trinkets into treasures, make their return in Kingdom Hearts III. By defeating specific heartless, you are rewarded with rare materials that could be used to create new armor, accessories and in some instances improved weapons. Several new side quests features are found within Kingdom Hearts, including a photo challenge snapping up pictures of lucky emblems (hidden Mickey’s), as well as collecting cooking ingredients for Remy and Sora to cook up. Of course these aren’t without benefit, as you can use the cooked meals to increase Sora’s stats temporarily, and collecting a set number of the lucky emblems (depending on your chosen difficulty) guarantees the secret ending of III will play.

While I can not stop singing my praises of Kingdom Hearts III, there were some issues I found myself coming up against time and time again, to the point where I was left a slightly bitter taste. For a game saga’s final chapter, tying in nine games was always going to be a difficult task, but the writers did a good job of it, almost too well, in fact. I managed to finish the main story and all six main Disney worlds in just under 30 hours, something I had never managed to do any other Kingdom Hearts title. This left me wondering why there wasn’t any additional story content to fill out an extra 10 hours, at least.

On top of this and this is more a personal critique, but the number of Disney worlds could have also been fleshed out to include at least two others. Also, being a huge Disney fan worked slightly against my overall experience, since there were several missed opportunities to expand on the worlds that already existed. Heaps of plot points and expositional scenes that made these Disney movies enjoyable were cut out, ironically removing the heart of these classic tales. As well as the noticeable absence of any Final Fantasy characters, what-so-ever. This really irked me, considering what Kingdom Hearts was originally fashioned to be; a Disney/Final Fantasy cross-over role playing series.

The thirteen dark-filled years leading up to Kingdom Hearts III left me wondering if I would ever get to finish the most beloved games series I’ve had the pleasure to play. It has been seven light-enriched days since starting and while I’ve already finished the game I intend to go back and satiate the collector in me, who really just wants to sail through the final battle with Ultima Weapon in hand.

Kingdom Hearts III satisfactorily ties up all its loose ends (mostly), while delivering its fans one of the best endings so far, before we wait for the next installment, whenever it may come out. While certainly not a game for all, Kingdom Hearts III does its best to welcome newcomers to this beloved series, as it has always done.