What with all the complex and grand-scale games that are the norm these days, sometimes you just want to sit back and chill out with a good old fairy tale. The Liar Princess and the Blind Prince  is a great example of one: everything from its title to its charmingly simple characters makes it seem like you’ve settled down with a picture book. It came out last year for Japanese audiences, and has now been translated for the West.

In a fantasy land full of monsters, the titular Wolf accidentally attacks and blinds the Prince, and must transport him to the Witch of the Forest in the hopes of healing him. The Wolf can take the form of an adorable Princess at will, and must juggle between this and her true form as she tries to lead the blind Prince through the perilous forest. It’s a little bit The Little Mermaid, and a little bit Little Red Riding Hood.

This cute little story is tied to the platforming gameplay. The blind Prince is helpless without you. In fact, he won’t even move unless you are guiding him by the hand. That sounds annoying, and I expected to get tired of it very quickly. But the game goes the extra mile to prevent this by making you actually want to hold his hand. Both characters smile when they are together, the Princess energetically tugging at his hand to lead him through puzzles and over obstacles.

He’s not just dead weight, either: you’ll need the Prince to carry items and activate switches. You can give him directions by whispering in his ear or calling out to him,  which can lead to some pretty interesting puzzle solutions.

The story is told with picture-book style illustrations and narrated in the original Japanese. I expected the plot to be little more than set dressing, but was pleasantly surprised. It’s still firmly rooted in its fairy-tale inspirations, with a simple moral and a happy ending. But I quickly became endeared to the game thanks to the detailed environment.

It strangely reminded me of Hollow Knight with its stunning overgrown world full of whimsical yet dangerous monsters, all rendered in beautiful 2D artwork and completed by a playful yet sorrowful soundtrack. 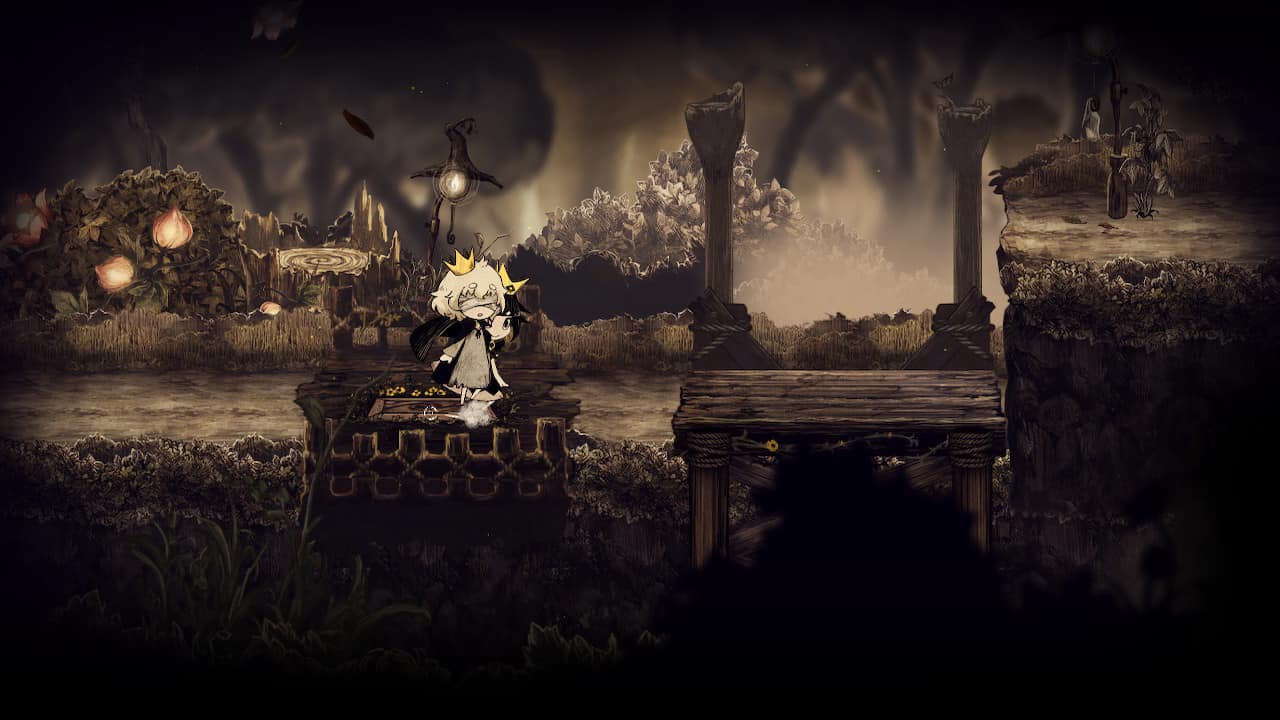 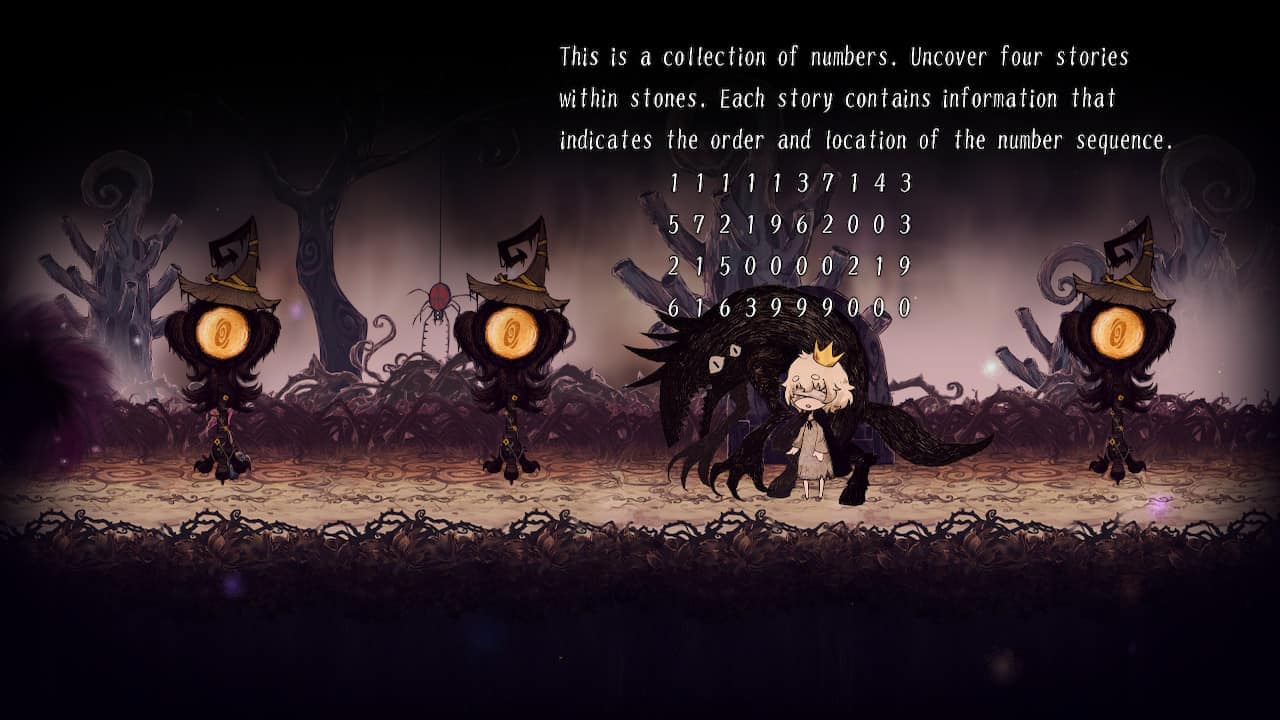 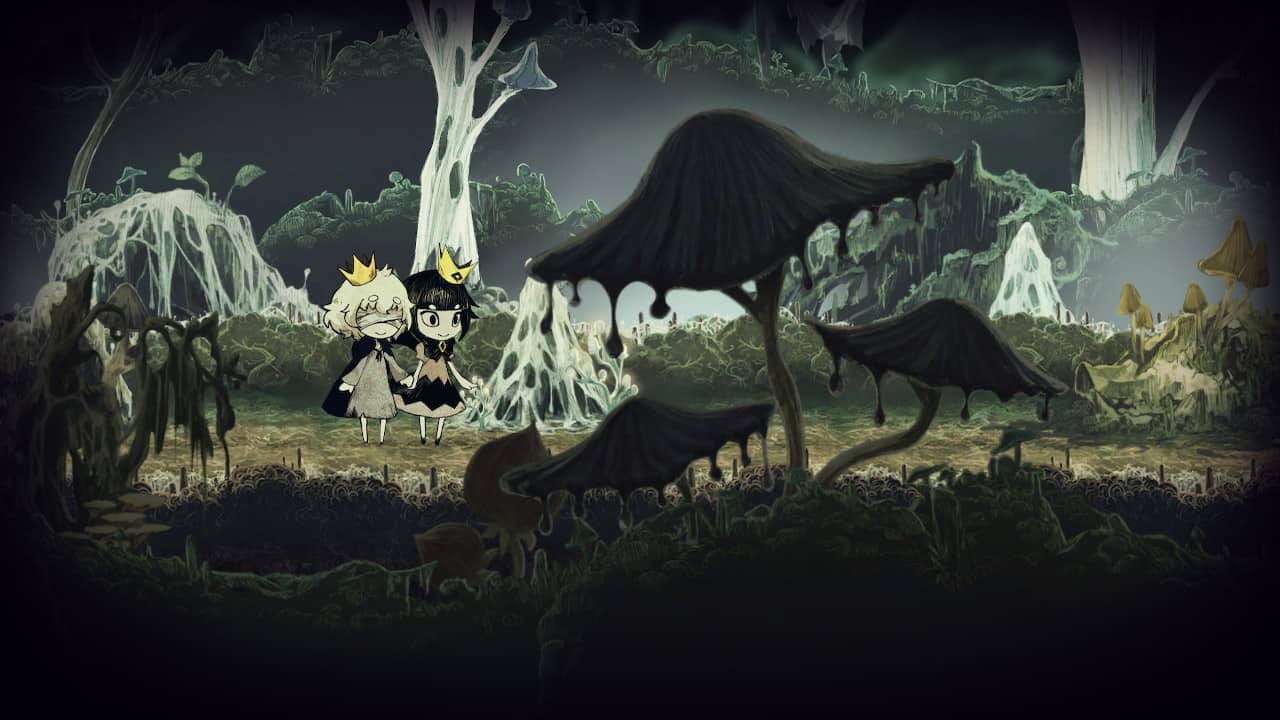 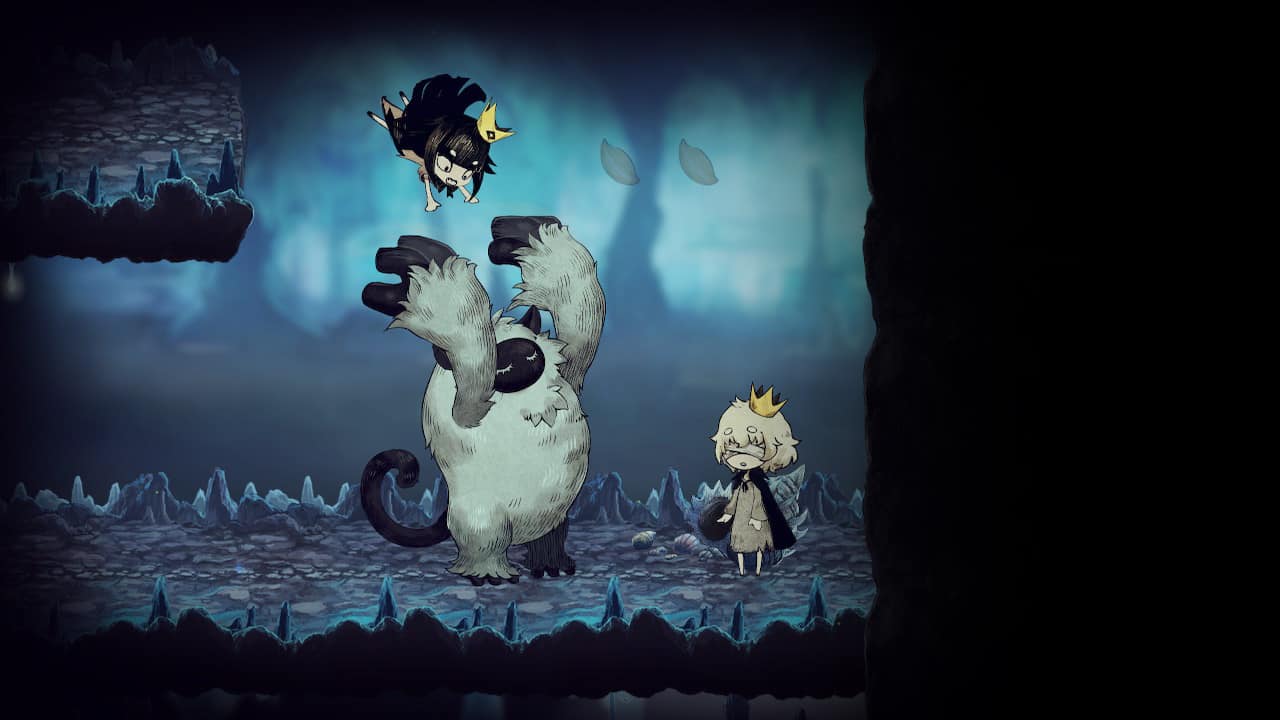 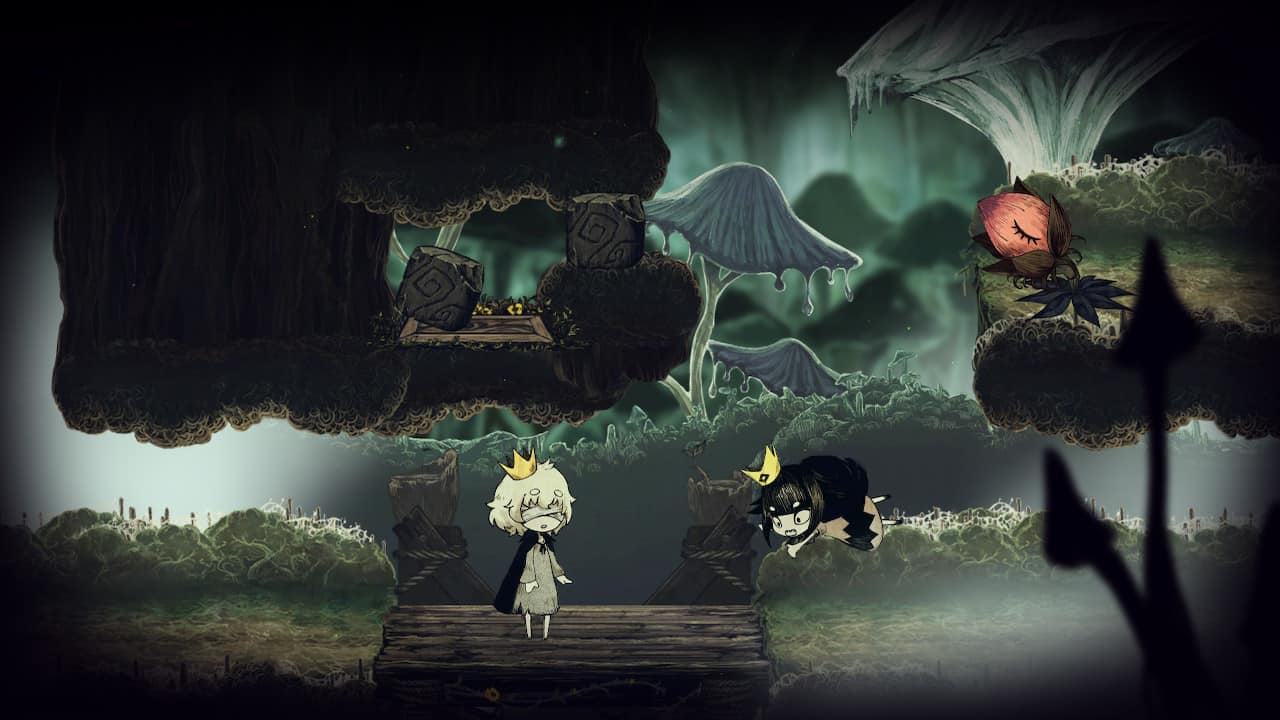 “…beautiful 2D artwork and completed by a whimsical yet sorrowful soundtrack.”

If you prefer your platforming to be fast-paced or pixel-perfect, this one might end up frustrating you. The platforming is pretty simple and slow – it never requires you to think too quickly about what your next move will be. On the other hand, this instead allows you to enjoy your trip through the forest at your own pace, which is more in line with the tone of the game anyway. The artwork and soundtrack alone might make it worth your while.

Some creative exploration is rewarded with optional collectibles in each level in the form of flower petals and the occasional rare flower. Levels are short and sweet, so if you miss a few it’s no hassle to go back and retry them.

Though fun, the actual meat of the gameplay left me wanting at times. It seems like by the time they introduced the more interesting puzzles, the game was almost over. A little too much trial and error was required in some places too, leading so some deaths that I felt weren’t really my fault. However, the challenges were satisfying to solve for the majority of the levels.

Considering the $30 price tag, I would have liked a bit more, but it’s something I can see myself replaying and enjoying in the future, if only to see the Prince smile when I hand him more flowers.

We’re starting to see more and more translated games on the Western stores, but most of these have been higher-profile titles like Dragon Quest XI, which will be coming to the Switch this July. So it’s great that smaller games, that offer different experiences, are crossing the digital border as well. The Liar Princess and the Blind Prince is an adorable and fun little games, and I hope we’ll see more Japanese games like it in the future.