Very few game franchises have been able to match the kind of grim and dark tones found in the Metro series. This is a series of game that, unlike any other I’ve played, is able to evoke lasting feelings of misery and dread. It’s certainly a bleak world out there and those dark tones haven’t dulled in Metro Exodus. Nor would I want them to.

Artyom is back and his fellow post-apocalyptic survivors are still holed up in bunkers underneath Moscow, fearful of the radiation and mutants that surround them. Unsatisfied with accepting life as it is, you venture out into the hostile over-world to find other survivors, cleaner air, and a better life.

Metro Exodus is a very narrative heavy adventure. It’s a game that will string linear segments together with open world hubs. It’s a game that has taken notes from more recent game design trends but still manages to stay true to its predecessors. It’s also a game that mixes elements of horror gaming and first-person shooting with exploration, scavenging and crafting.

Metro Exodus is at its best during well crafted moments of linear gameplay. The game starts strong by leaning on its horror identity, restricting the player through tight corridors and dark pathways. Snarls and growls echo around you and mutated spiders hang from thick webs all around. Your flashlight creates a small reprieve from the dark although foes can and do lurk around any given corner. Metro Exodus does a great job of creating a dark and tense atmosphere right from the beginning, which helps to set the tone of the game ahead.

The game’s spookier elements work well and help the game kick off with a strong start. Unfortunately what comes next is some heavy narrative segments that completely fall flat. After emerging from your lonely trek through the dark Moscow tunnels, you’ll be saved and greeted by your fellow underground survivors including returning characters from past Metro games. It’s unfortunate, but Metro Exodus struggles to create a compelling narrative revolving around these characters. What’s more unfortunate is just how aggressively Exodus wants you to engage in their lives and their stories. The narrative at the start of the game is very heavy-handed and absolutely lacklustre.

I don’t think the issue here is the game’s overarching story or the lore taken from the Metro universe. It’s the specific characters themselves, the script writing and the voice acting. Metro Exodus varies wildly in its voice acting with odd pacing and pauses turning what would normally be a standard conversation into something that feels very stiff and stilted. Things get particularly bad when multiple characters are all talking, often over the top of each other, which just makes things messy. At points I wondered if my game had glitched and the voices had desynced because the dialogue seemed so off pace and robotic. 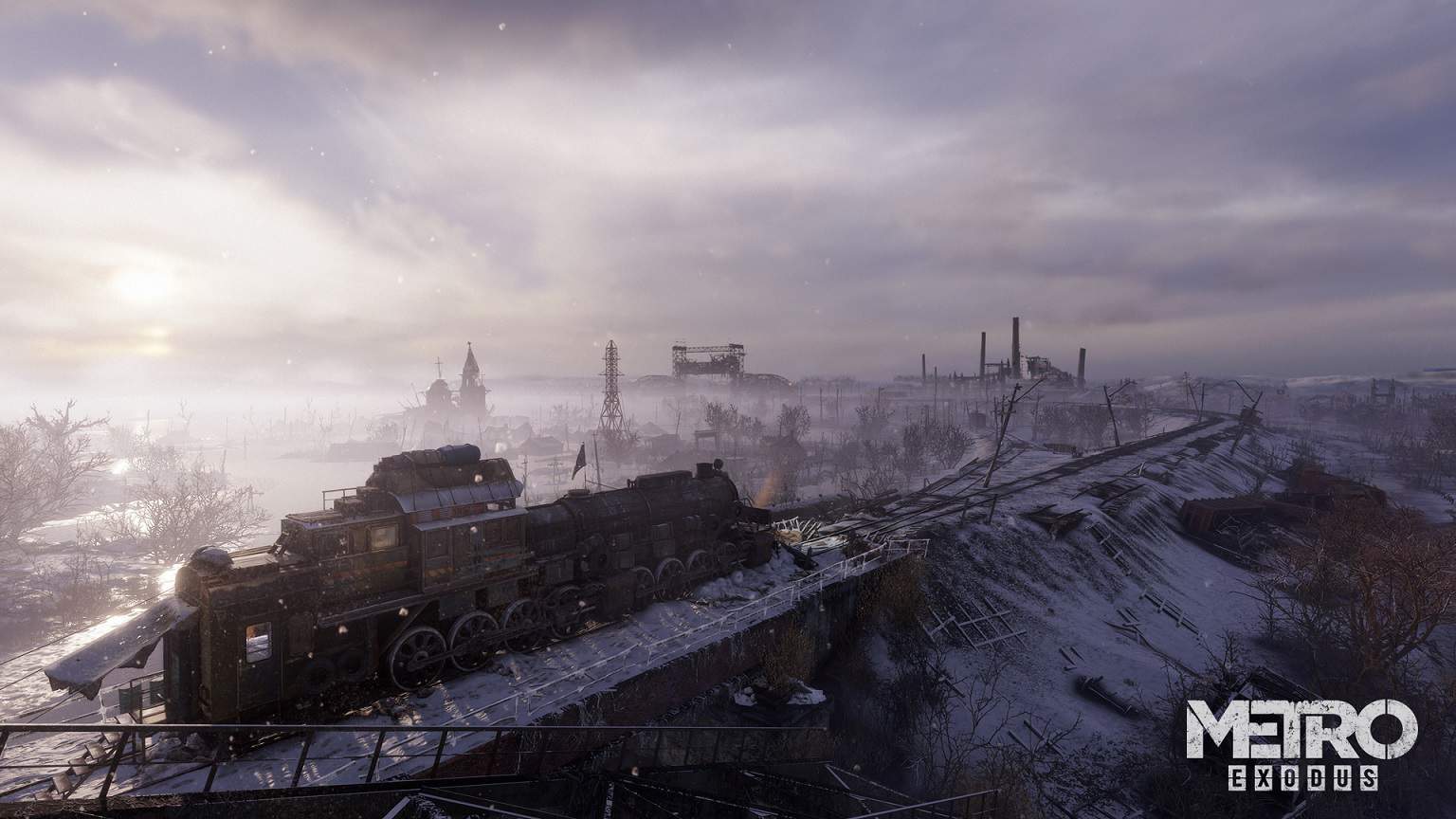 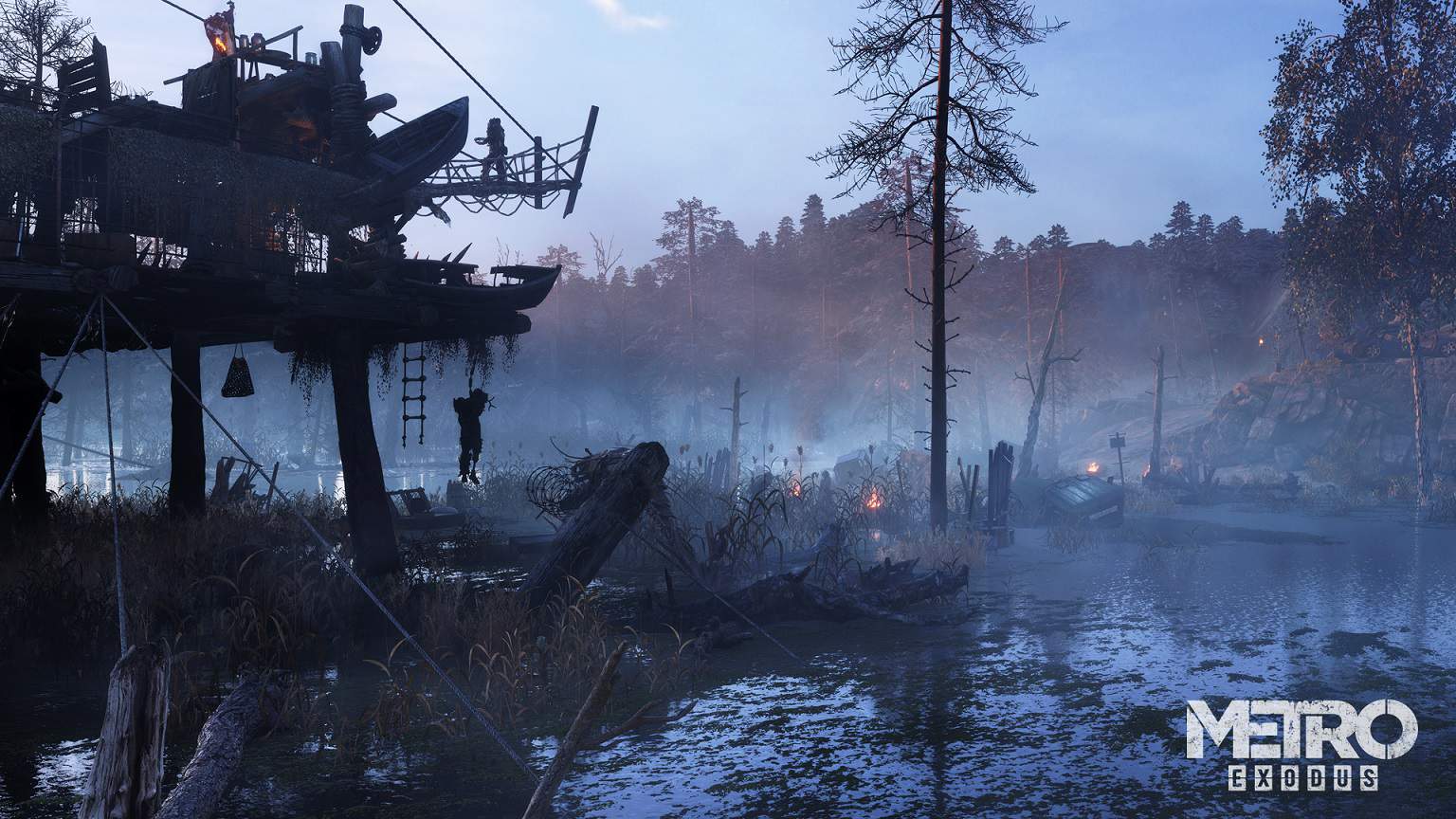 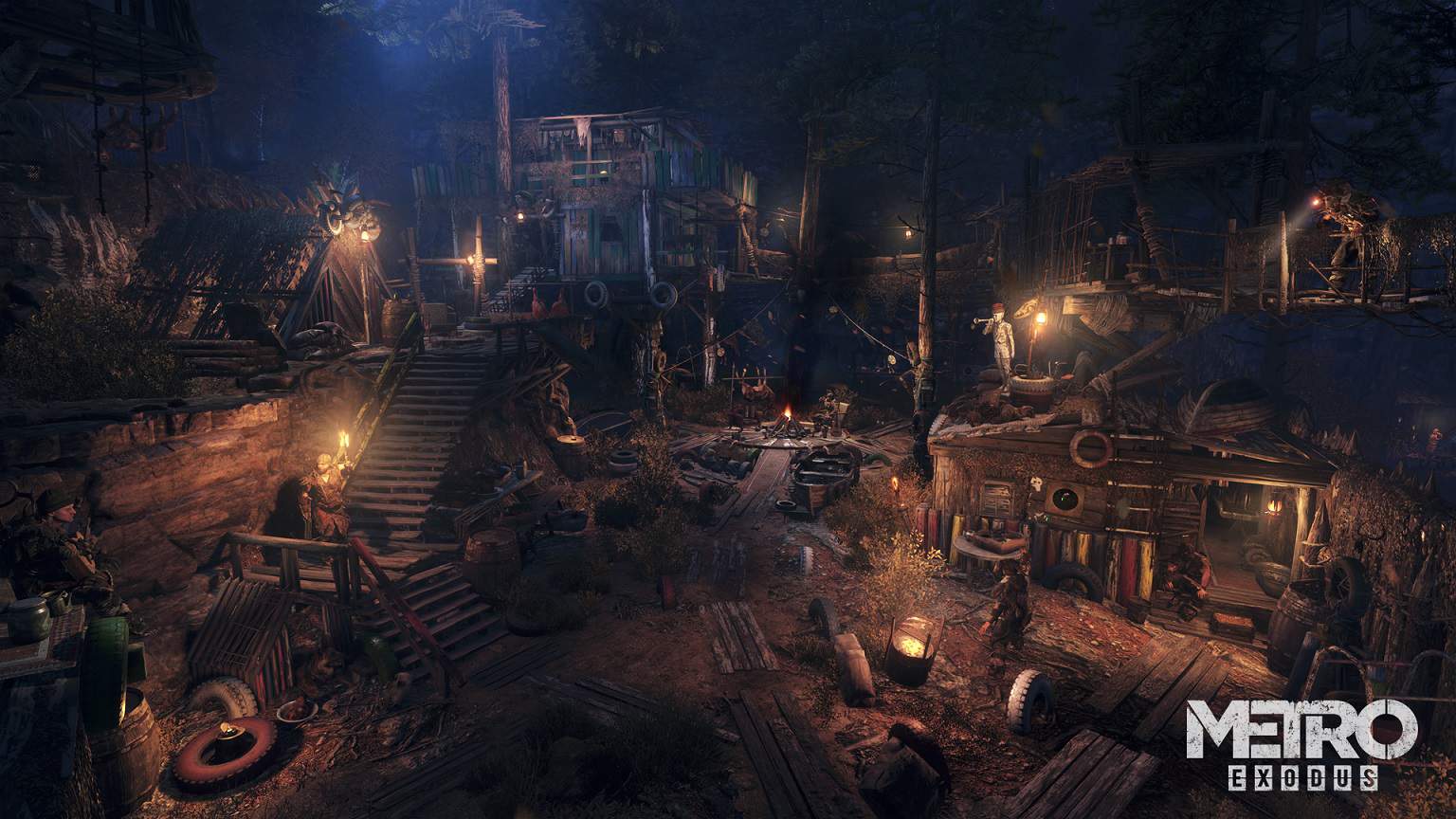 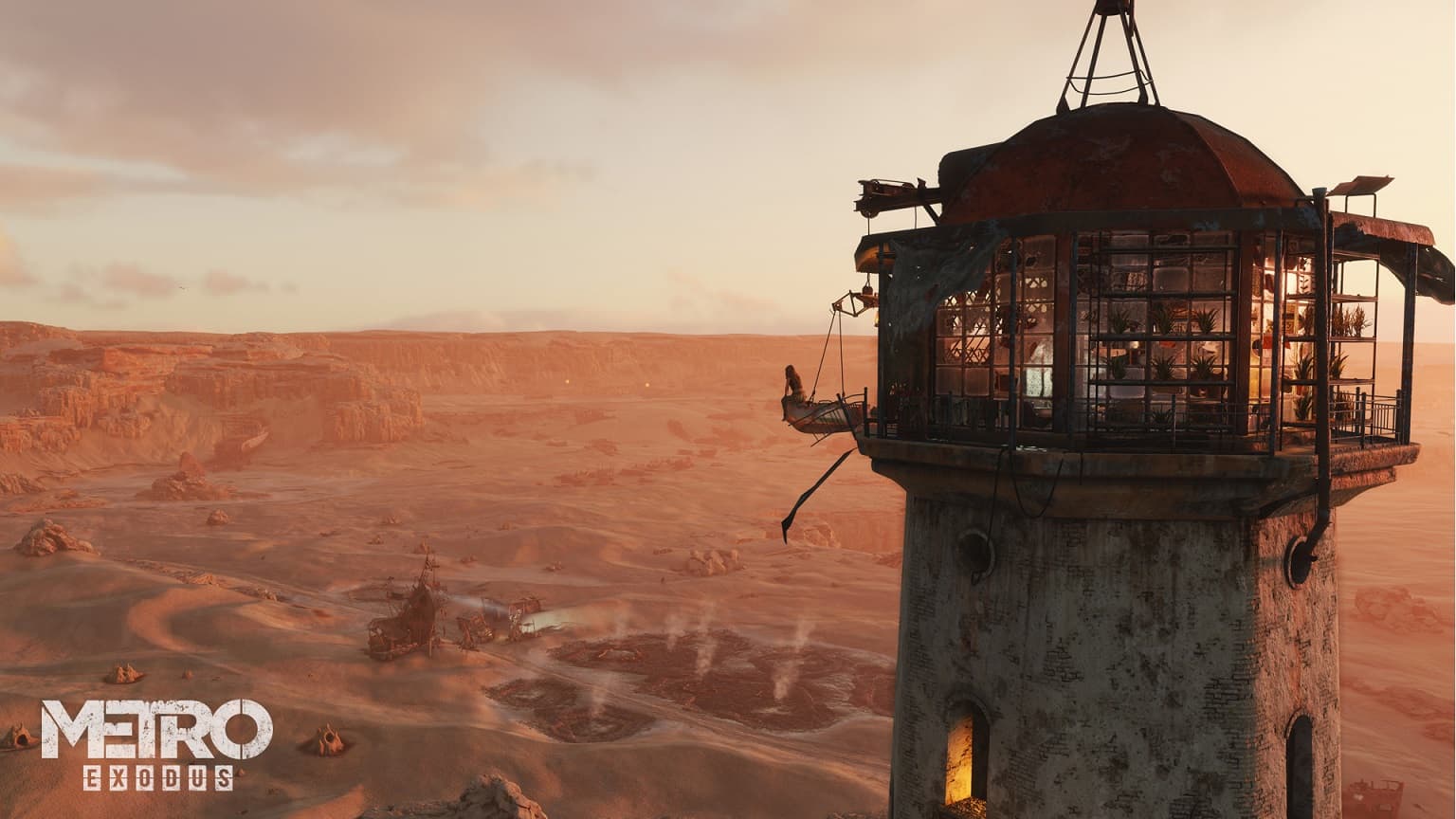 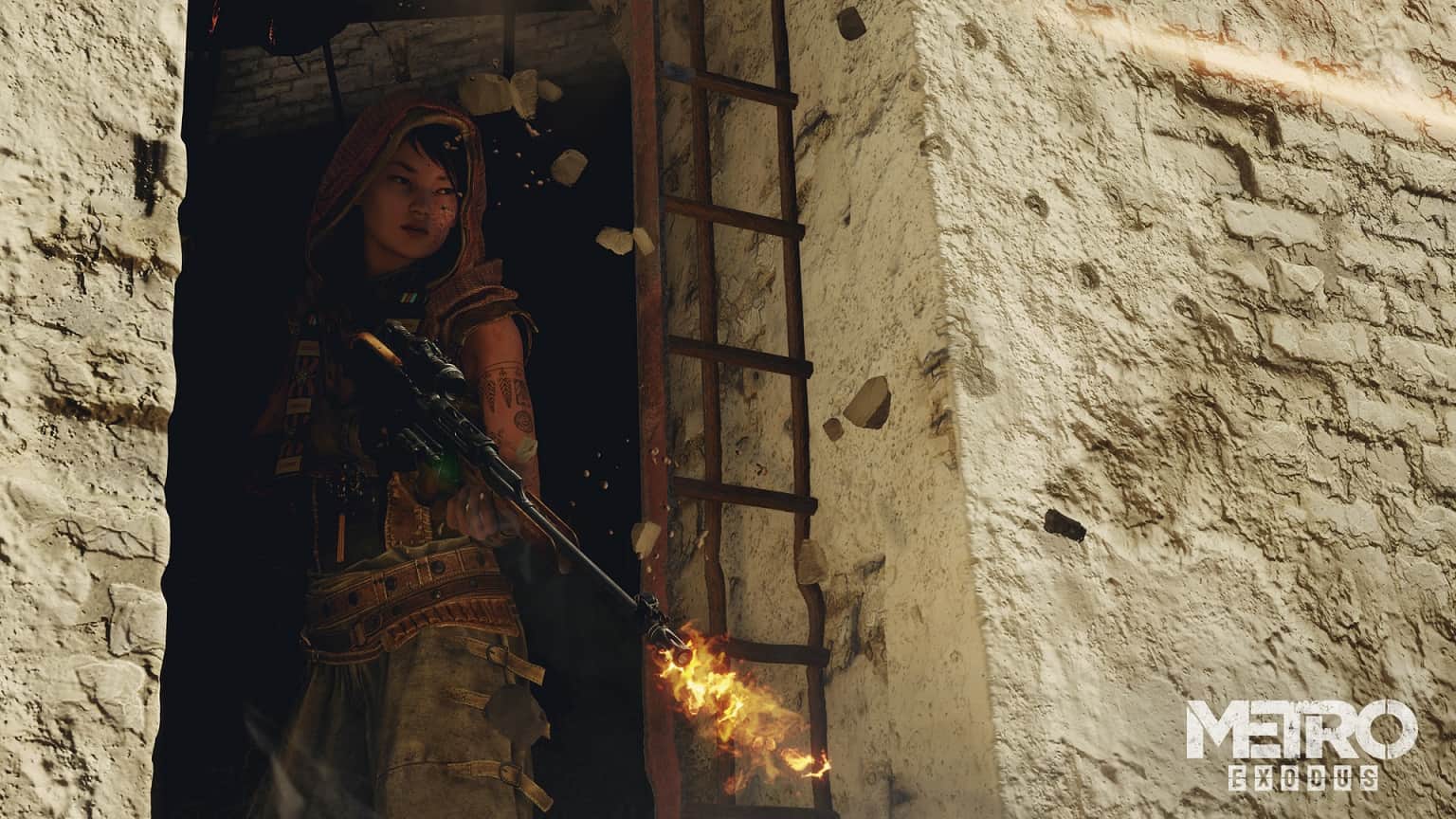 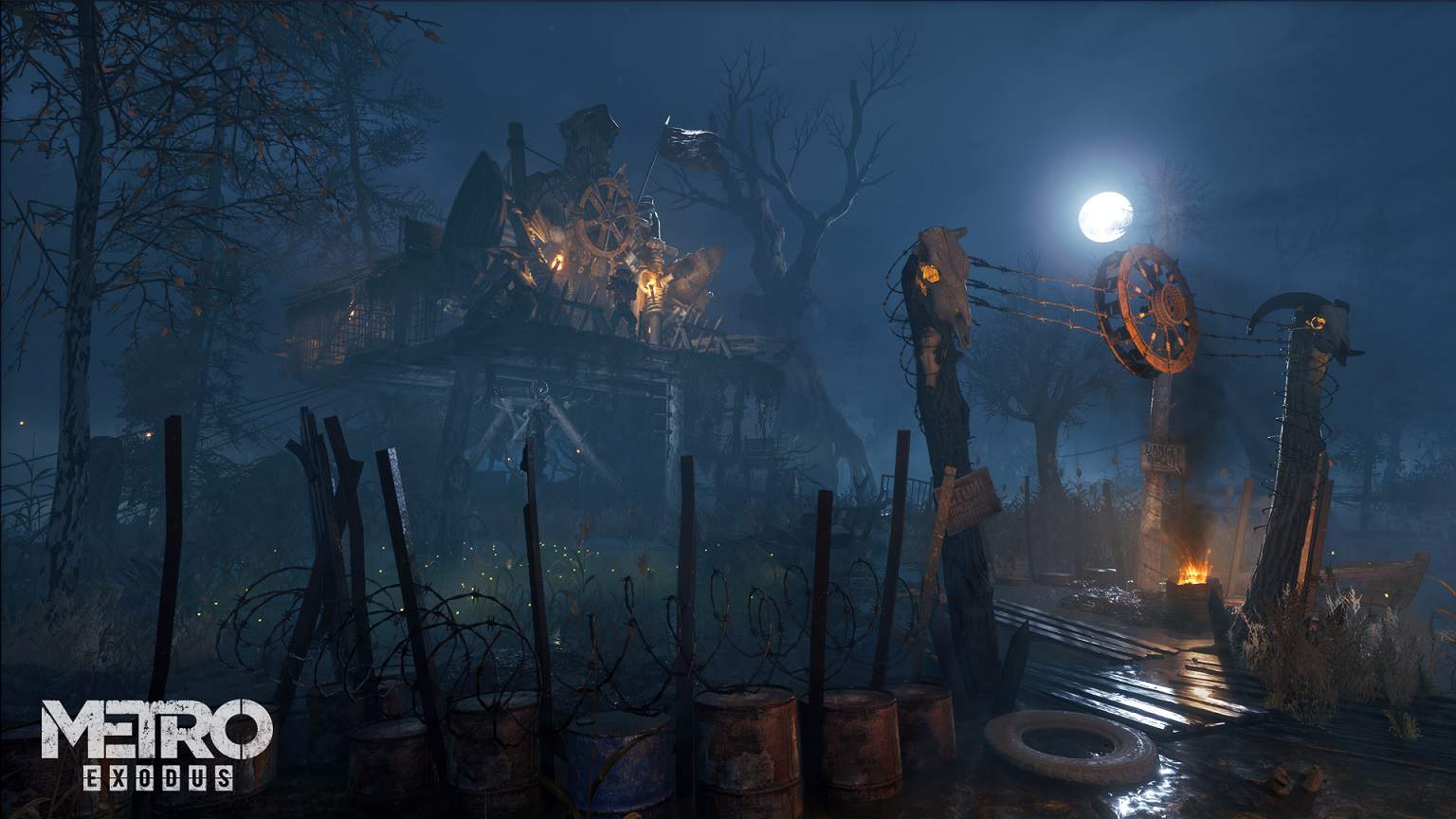 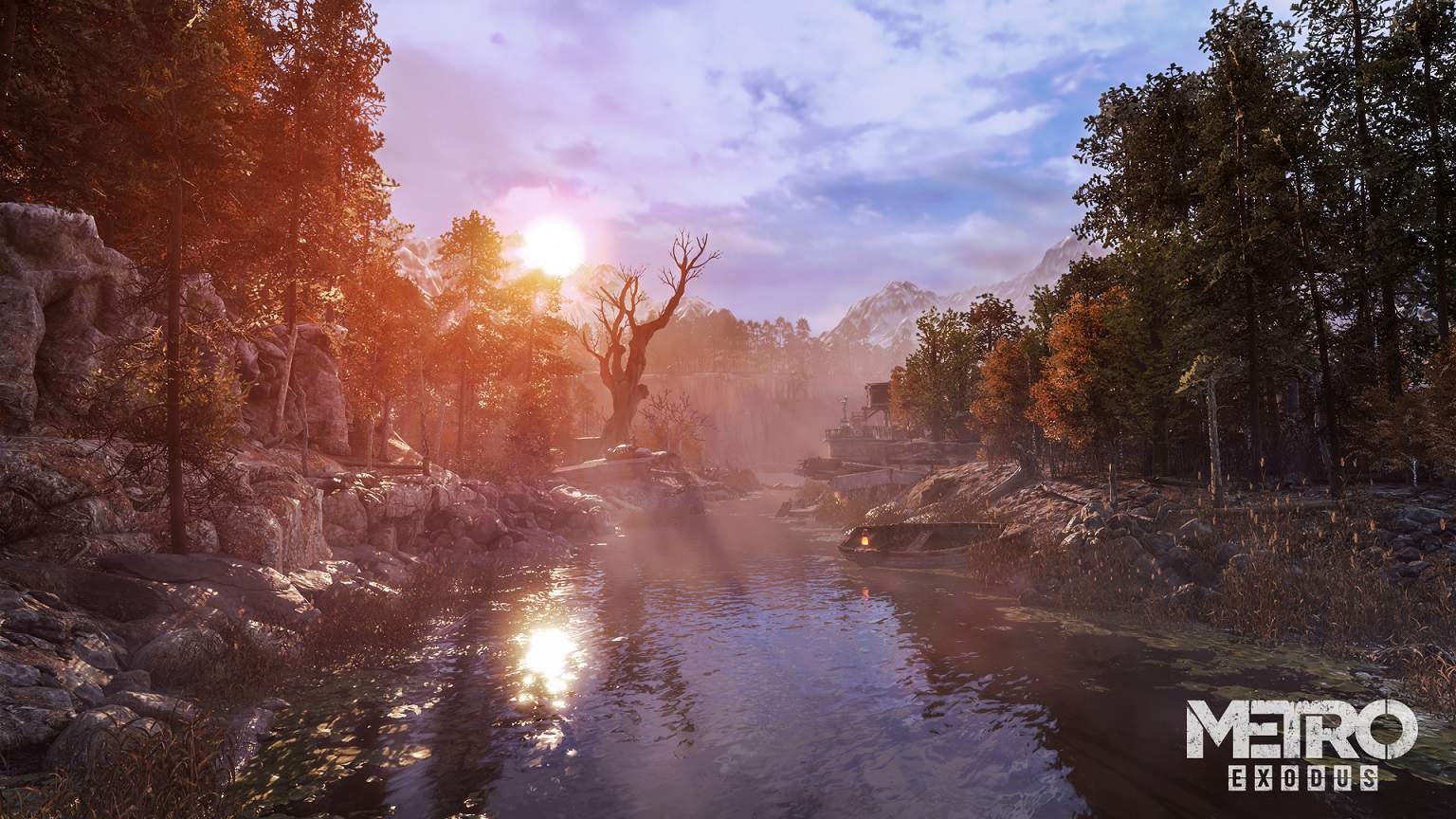 Thankfully the game eventually opens up and you can venture out into the world alone. The areas you’re exploring are varied and interesting, ranging from snow-covered landscapes, to vast deserts, to lush forests. Out in the world you’ll come across hostile mutations, bandit strongholds, and interesting areas to uncover. Locations on your map and side quests will encourage you to explore your surroundings, however the best content is usually found within the main narrative missions.

It’s here in the game’s over-world where narrative elements actually become impactful and enjoyable. From ritualistic tribes to cannibalistic organisations to fanatical fish-cults, there’s certainly intriguing things to be found in the post-apocalyptic wasteland of Metro Exodus.

Gameplay elements are solid with shooting feeling the best it has felt throughout the entire series. There’s always a stealthy approach to any situation which is often heavily encouraged by the game. Ammunition and other supplies are limited which means the player will need to continue to scavenge resources and craft supplies as needed.

You never quite feel powerful in Metro Exodus with hostile foes ready to pop up at any moment and death only a few bullets away. This works in the game’s favour and adds to the overwhelming feeling of dread and misery.

Metro Exodus gets better as the game progresses. Each new area you explore feels fresh and is more fascinating than the last. The world you occupy isn’t just violent and dark but it’s downright oppressive with any character you come across likely posing a huge threat to yourself and your crew. It makes for an edge of your seat experience that can get your heart racing. The gameplay mechanics found within also feel great to interact with, whether that’s your torch slowing draining of power, crafting the health or ammunition you desperately need, or sneaking through the shadows around your foes.

It’s a shame that the opening sequences were so dull but it was particularly disheartening for me because I ran into some glitches that only managed to slow things down even further. Animation glitches were fairly persistent but there was a moment where a glitch almost stopped me from playing altogether. At one point early on I decided to explore a little rather than follow the path in front of me which must have skipped some important moments of dialogue. I managed to skip a section of the game and get stuck in an area I wasn’t suppose to access yet. This new area was glitched out in some funny but also frustrating ways, with one particular character repeating dialogue over and over again and a mess of invisible walls locking me away from both backtracking and progressing.

By the end of the game I was mostly happy with my time with Metro Exodus. The game has some rough edges and some small mechanics and design decisions that made for a less than perfect experience. Although the horror elements, the overall grim atmosphere, the gunplay, and the fun narrative moments made for a worthwhile game.

Metro Exodus is an interesting release. It comes from a beloved line of games that never really broke into mainstream success. Exodus was a good opportunity for the developers to introduce new elements and broaden the appeal of the game for a larger audience. For the most part they succeeded but I do wish they went further and introduced a new cast of characters altogether. Nevertheless, Exodus is a competent game that certainly has some enjoyable moments. You just need to deal with a few annoyances to find them.