I have to make a confession: I am not the target audience for Monster Energy Supercross: The Official Videogame 2. I don’t know much about Supercross, and I didn’t play the first game, which came out last year. Heck, I don’t even drink Monster Energy. There was a lot stacked against me going into this. Thankfully, Supercross 2 provides a lot of thrilling, appropriately rough, bike racing action. I just wished that action was easier to get to.

Based on the real-life Monster Energy AMA Supercross Championships (thank you Google),  this is a racing game involving motorcycles being ridden across very bumpy, muddy arenas with lots of tight curves. Accelerating and braking work how you’d expect them to in 2019, but you’re also encouraged to use the right stick to shift your rider’s weight during jumps and sharp turns to get you that extra few seconds closer to the finish line. There’s a lot to pay attention to, but the game is rewarding when you manage to keep up.

I was relieved when the game launched me into its training mode when I first booted it up, as if it could smell my fear. Unfortunately, it’s just a series of pop-up boxes explaining the controls in order from the simplest to most ridiculous, and going back to check controls for the harder techniques requires going through all the pop-ups again until you reach the one you want. There’s no skipping straight to the fun part. And that’s how a lot of this game could be described.

On the plus side, once you get to the fun part, it’s really fun. No matter if you choose a quick race, time trial, a whopping 17-race Championship, or the Career Mode, the races themselves are exhilarating. Racing against 21 other racers, all trying to make the same tiny turns at the same time, was always nerve-wracking, and the sounds of the engines and the crowds and the fireworks at the end of the race all add to that excitement. I had fun even when I didn’t make it to the top 10 in a race, which, in my case, was quite a few times. The game offers a rewind button that you can use in races to endlessly retry sections you’re not happy with, but that’s as much as newcomers are going to get in terms of accessibility options. 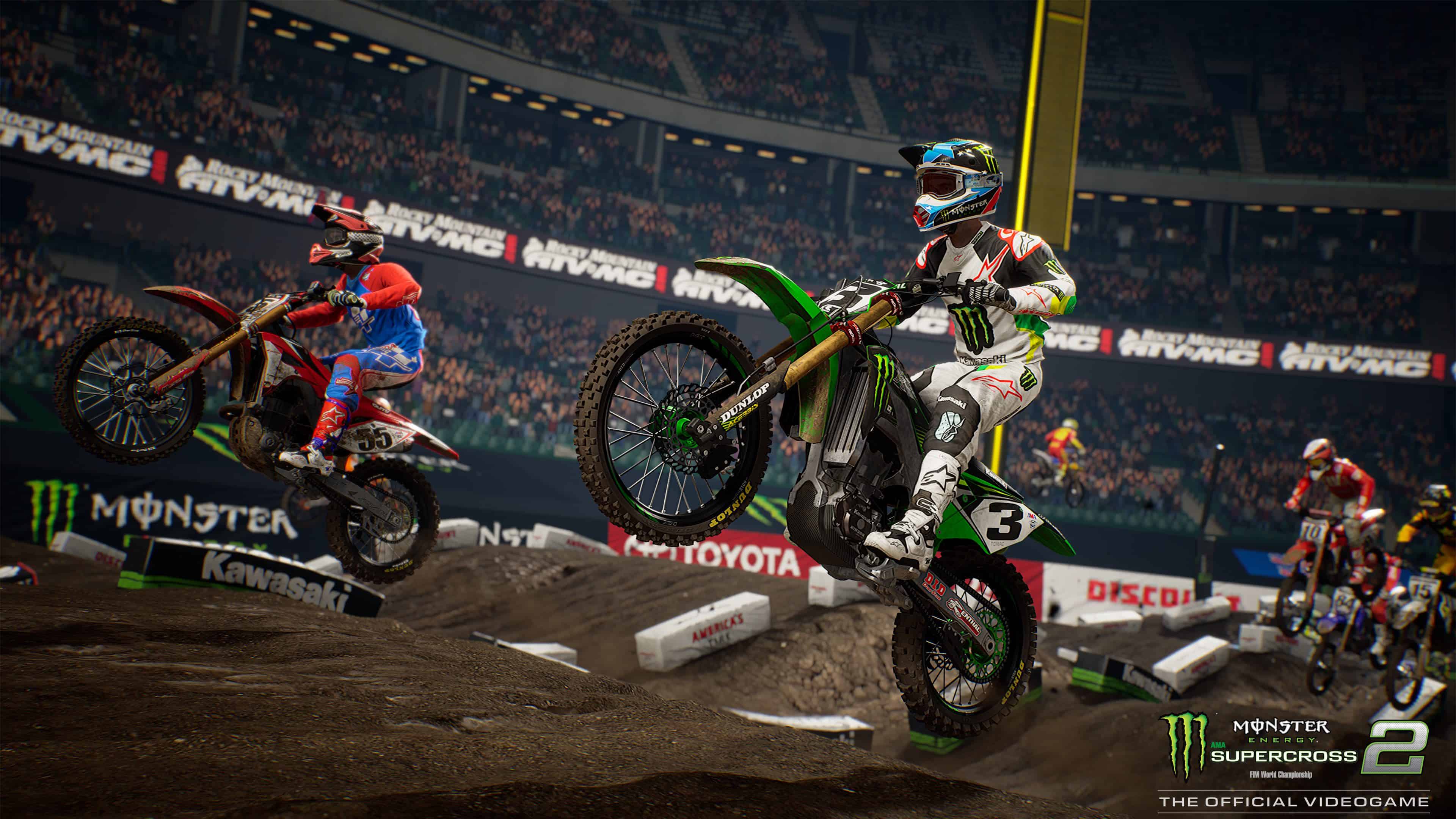 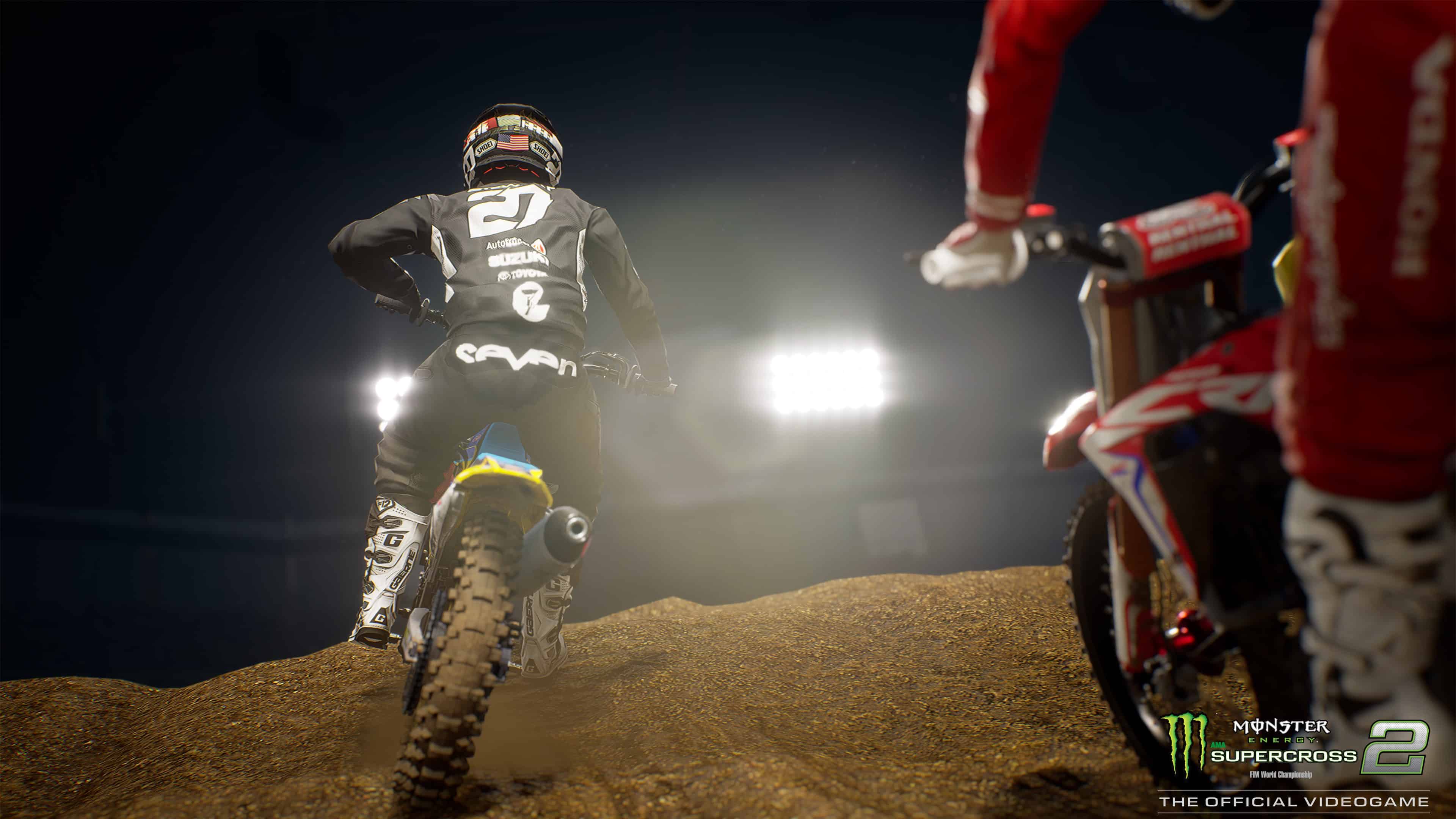 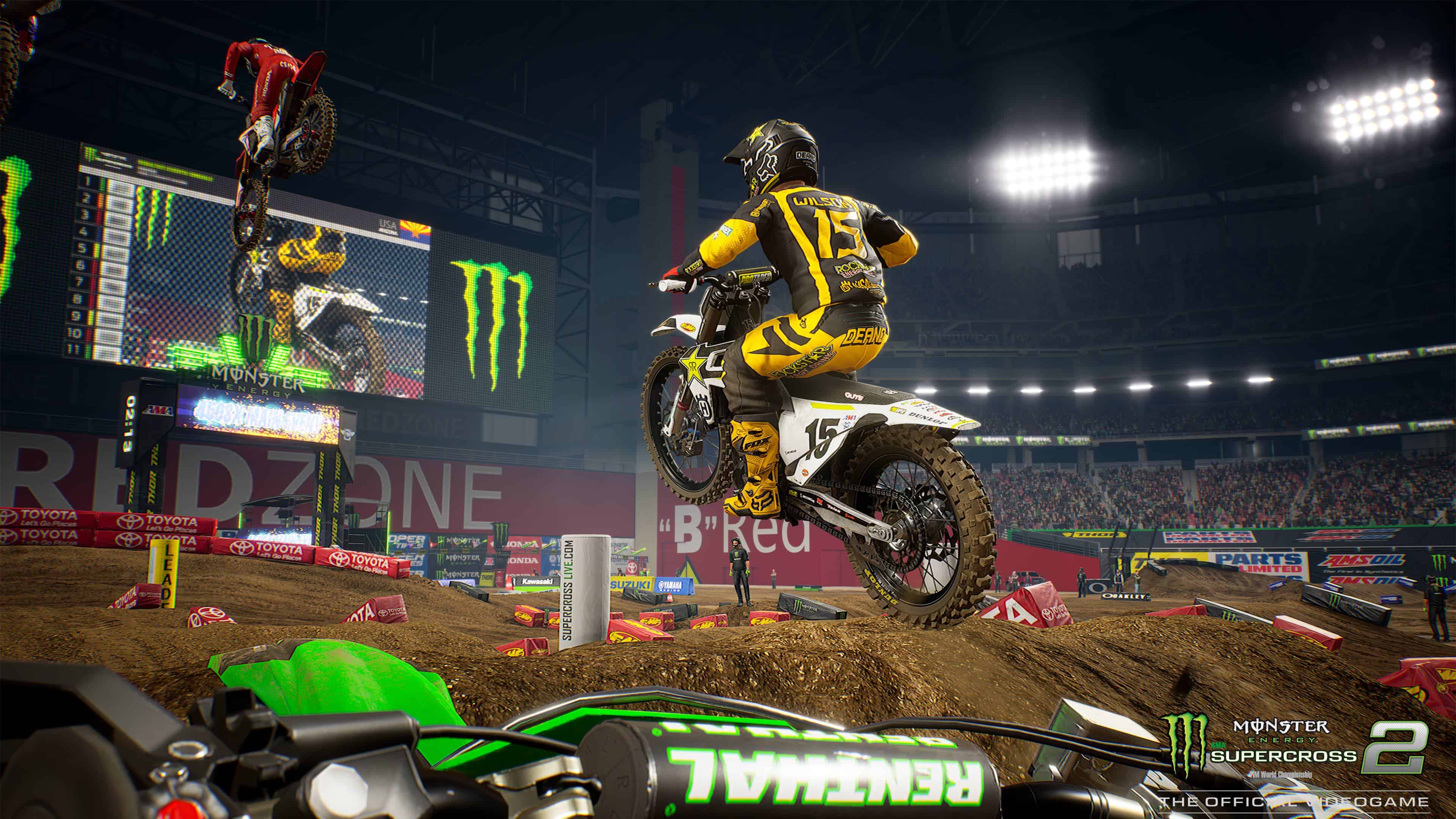 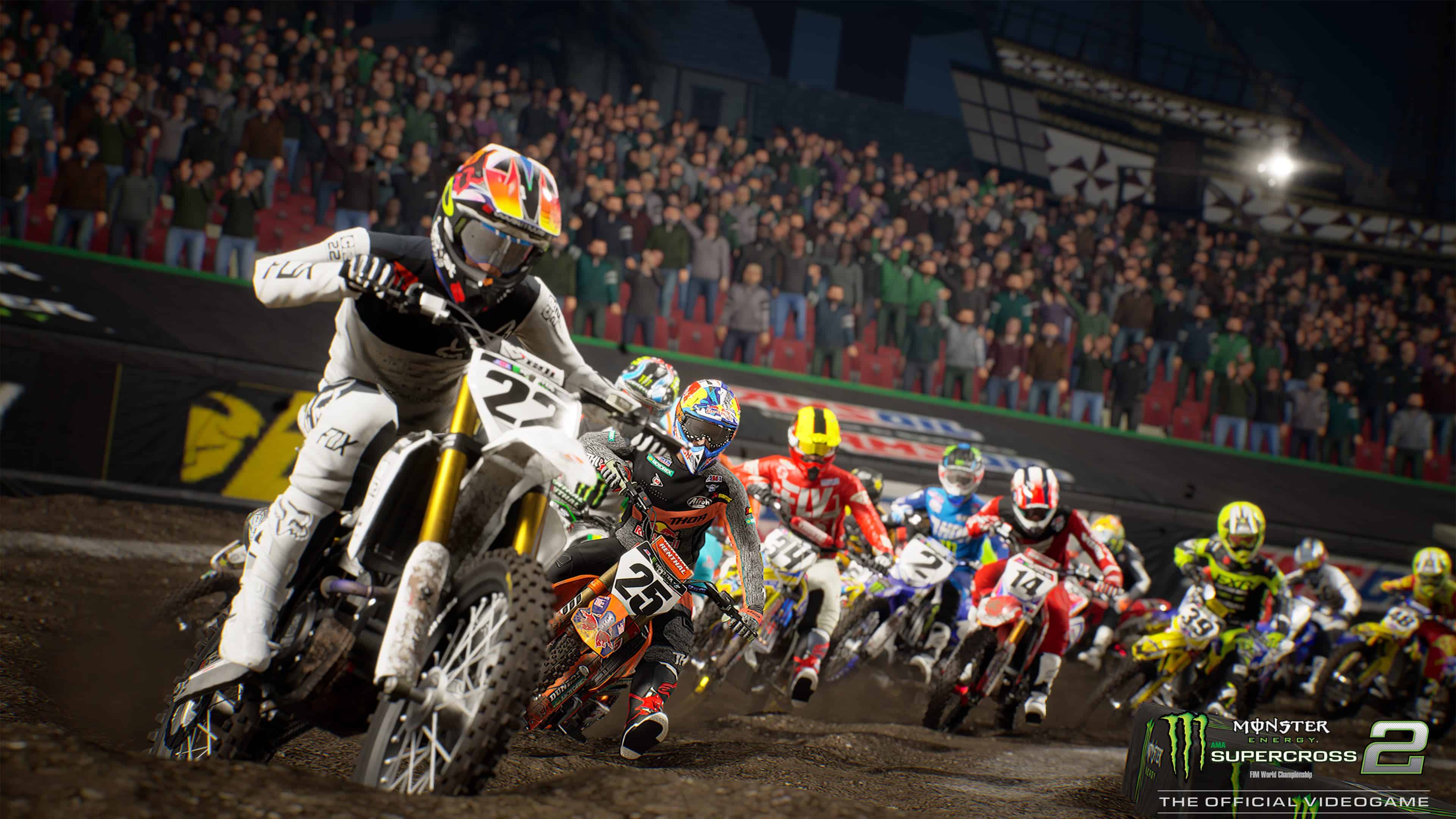 Visually, the game isn’t as jaw-dropping as some of its bigger budgeted cousins, but developer Milestone have a reputation for making enjoyable medium-sized racing games, and this seems to be no exception. The animations on the riders, how their clothes flap around, and the way the bikes twist around the tracks are all impressive in the heat of a race. However, the graphical shortcomings are clear in the occasional times my bike crashed into a side bumper and got stuck, or I jumped so high I landed on another racer – only to gracefully slide off, as if the game was embarrassed I had to see that.

The bulk of Supercross 2’s single-player experience is found in its Career Mode, in which you simulate your custom racer’s Supercross journey week by week. You’ve got a big race every weekend, but you decide how to spend the days leading up to it – training, challenging your rivals, or doing a quick media or promotional tour. Each of these actions will either help you earn unlockable goodies, or earn Credits with which to buy said goodies.

Training, in particular, is valuable for rookies like me, because it’s a series of drills to test some of the harder moves in the game, like landing properly, or turning corners. So it was frustrating that I could only choose one drill per “day”, and each drill only comes with five attempts. This is because it’s tied to Career Mode’s progression system, but it’s being treated like an accessory, when it would’ve been far more useful as its own separate thing.

Similarly, another single-player mode is the Compound, which is a lovely little open-world zone for you to explore in a bike of your choice, either as your custom character or one of the 40 real Supercross racers in the game. There’s a lot of terrain variety to practice on, and you can adjust the time of day and weather, but that’s all you can do here. There’s four tracks within the Compound to unlock, but the only way to do so is through Career Mode. It’s a detailed open world that doesn’t have much of a purpose.

The game does offer a Multiplayer mode, but at the time of review, all I could do was invite people from my friends list to a race, so I can only assume the game will give you more to do post-launch. There is also a track editor in the game where you can meticulously design the most dangerous Supercross track of your dreams, and you’ll be able to share custom tracks with other players after launch as well.

There are 12 pre-made characters to choose from for your player character (all of whom are male, eight of them caucasian) who you can then customise to a disappointingly minor degree (hair colour, glasses, throat tattoo, etc), but there’s a little more variety when it comes to your racer’s outfit choices. But the real stars of the game, the bikes, have a tremendous amount of customisation options. Every minute component can be replaced or recoloured, with some parts affecting the bike’s stats. There’s a lot to dig into for Supercross enthusiasts, provided you’re willing to play enough to unlock all the options.

Monster Energy Supercross: The Official Videogame 2 is not a bad game. The racing is speedy and explosive, but it’s tough, and it’s not going to hold your hand as much as you’d expect a game like this to. Sure, it’s messy to control, but so are motorcycles. It’s not perfect, but if you’re a fan of Supercross, you’re going to get exactly what you expect. As long as you can tolerate some of the barebones content outside of the track, you could have a great time, even if you’re a total noob like me.