Pikuniku is a quirky and colourful puzzle-adventure from the wondrous minds of French-British collective ‘Sectordub’. Rémi Forcadell, Alan Zucconi, Arnaud De Bock, and Calum Bowen’s peculiar world evokes a sense of comical wonder and optimistic chime. An underlying social commentary and fluent construction elevates this little project to the next level, making it a necessary addition to anyone’s library.

The main story follows a red oval with legs named ‘Piku’ as it traverses various villages and environments, interacting with the strange animals and locals. An illustrious pink blob sporting a fancy top-hat is giving away ‘free money’ to all who let giant harvester robots consume crops and the sorts. Overcoming intuitive challenges and nominal boss fights, more is revealed about the pink entrepreneur, eventually concluding at a disappointingly short three to four hours.

Despite the quite simple and jubilant premise, Pikuniku holds a complementary subtext about consumerism and capitalism. Without being ‘in your face’ or too heavily impacting the vibrant world, it allows for deeper thought and merit. This subtlety adds to the excellence of the game and displays the clever story these indie-devs have sneakily implemented.

Piku is armed with a simple selection of controls. Moving around works as expected in an adventure platformer, smooth in both feel and animation. The red protagonist utilises a trusty kick to break down select walls and move objects blocking the way. Jumping between obstacles is accurate and sliding around levels in rock/ball mode is never frustrating. Certain hooks allow Piku to swing from point-to-point. These sections can be slightly finicky, getting within the right radius to clip onto the next hook. 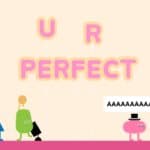 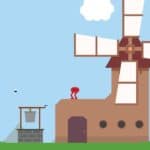 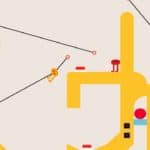 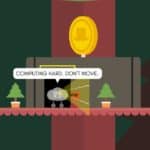 Mini-games, quests, and all the objectives in Pikuniku are tied to this lovable universe while being inventive in execution. Side characters will often be encountered by accident during exploration of the enjoyably gaudy land, leading into errands like re-capturing an oversized mother-bird’s lost chicks or playing hide-and-seek with a rock after destroying its home. These are all optional and don’t impact the main progression of the game, allowing a bit of backtracking after the main story is finished to tie up any loose ends.

“Each stage has a custom theme and score, creating an original whimsicality that drives progression.”

Pikuniku supports the overlooked touch screen features of the Nintendo Switch. Certain mechanics will ask the player to draw, done using a cursor for ultimate ‘craposity’ factor or using a finger/stylus for slightly less disastrous art. It’s unfortunately uncommon for many titles to adapt Switch specific controls, particularly multiplatform ports. Having this ability adds to the charm of the game while playing on Nintendo’s juggernaut console. For the proper experience of Sectordub’s project and many other indie titles, the Switch is the way to go.

If the adventure mode is too story-driven or a second person is watching along with increasing desire to play, there’s great news. Piku has a yellow buddy named ‘Niku’ and the two have their own cooperative, puzzle challenge mode for multiplayer shenanigans. Each stage has a custom theme and score, creating an original whimsicality that drives progression. Players are timed each stage, encouraging numerous replays to be ‘the best of them all’. Joyful mayhem and satisfying problem solving permeates this entire game mode.

Multiplayer feels akin to Portal 2’s co-op adventures and warrants a memorable experience. It could have easily been tacked on as many multiplayer elements tend to be in other games. However Pikuniku’s multiplayer doesn’t feel like an afterthought, cheap additive, or poorly created effort. It’s a much-welcomed addition to a happy little game.

There’s much to love about Pikuniku and not much to dislike. Running a fairly short completion time and maybe a few tweaks here or there are really the only arguments that can be made against it. The French-British indie group Sectordub have really crafted something unique, inviting, and pleasant to play. It’s the perfect casual game to play in between longer games, amid travel, or with a friend for some challenging fun. Pikuniku looks great, sounds better, and plays amazingly. Do yourself a favour and pick it up. All I can say is ‘you are perfect’, Pikaniku.