The Stillness of the Wind is a small indie title developed by Australian Coyan Cardenas. Cardenas has been working on the game as the solo developer for over two years and the newly released game is a follow-up to its critically acclaimed predecessor ‘Where the Goats Are’. The final version of The Stillness of the Wind was released on the 7th of February 2019 and is now available on PC and Nintendo Switch. It’s published by Australian indie games label Fellow Traveller.

The premise of the Stillness of the Wind is soberingly simple: you play as Talma, an elderly woman living alone on a farm in the middle of the desert. Every day, you get up in the morning to tend to your goats, crops, and chickens. Apart from a merchant who shows up every once in a while to barter goods and deliver letters from family members in the city, the only living things you interact with each day are your plants and animals.

As Talma, you can milk your goats, make cheese, forage for wild mushrooms and look after your plants in a colourful and serene environment. The game also has a beautiful day and night cycle, covering the farm in a starry navy-blue colour scheme as soon as the sun sets. 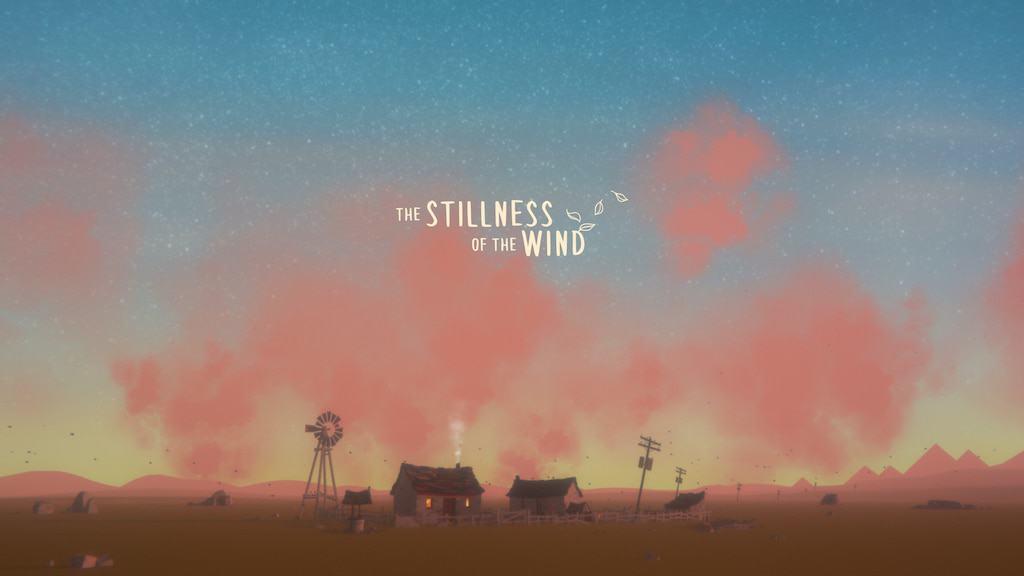 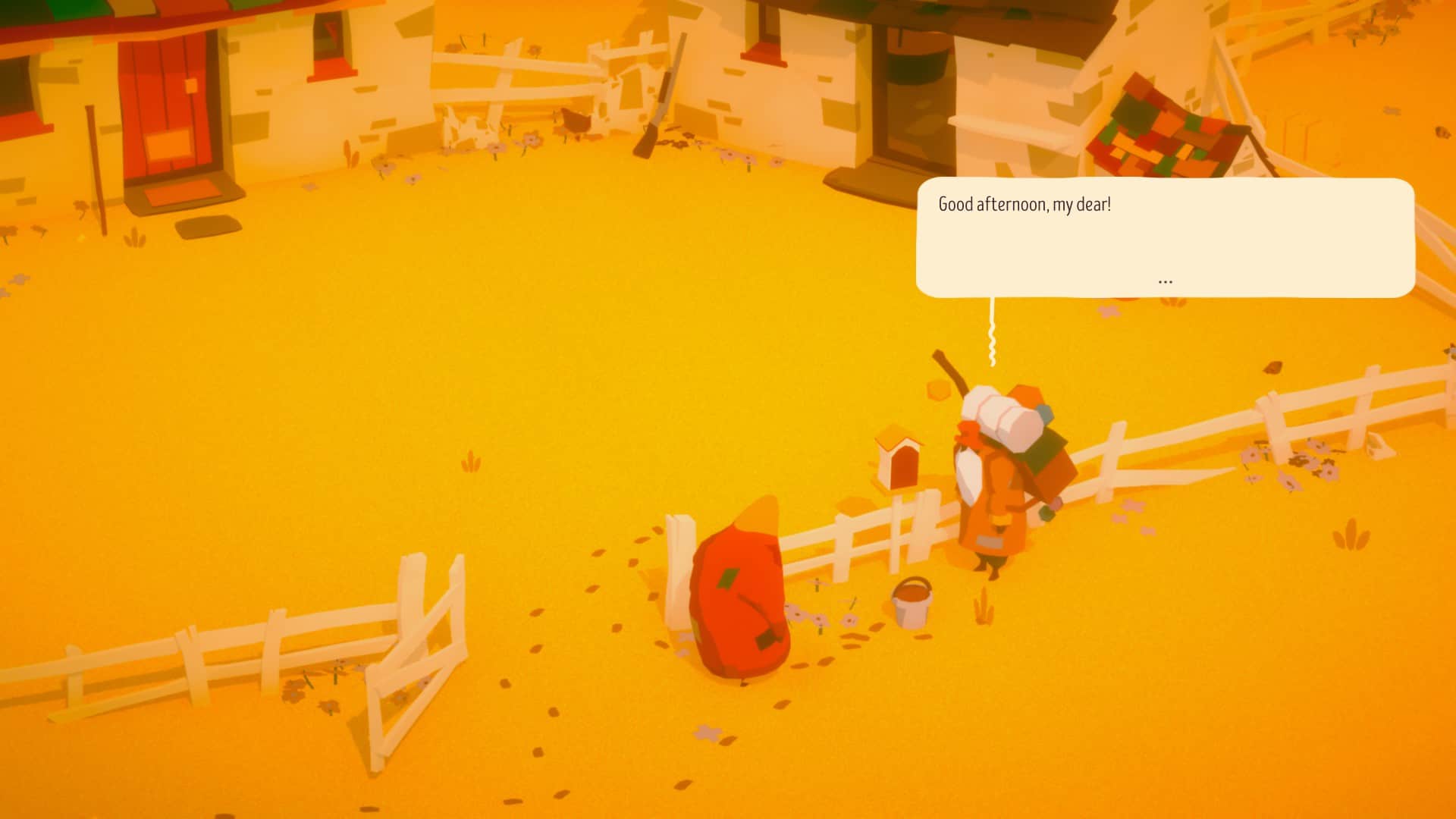 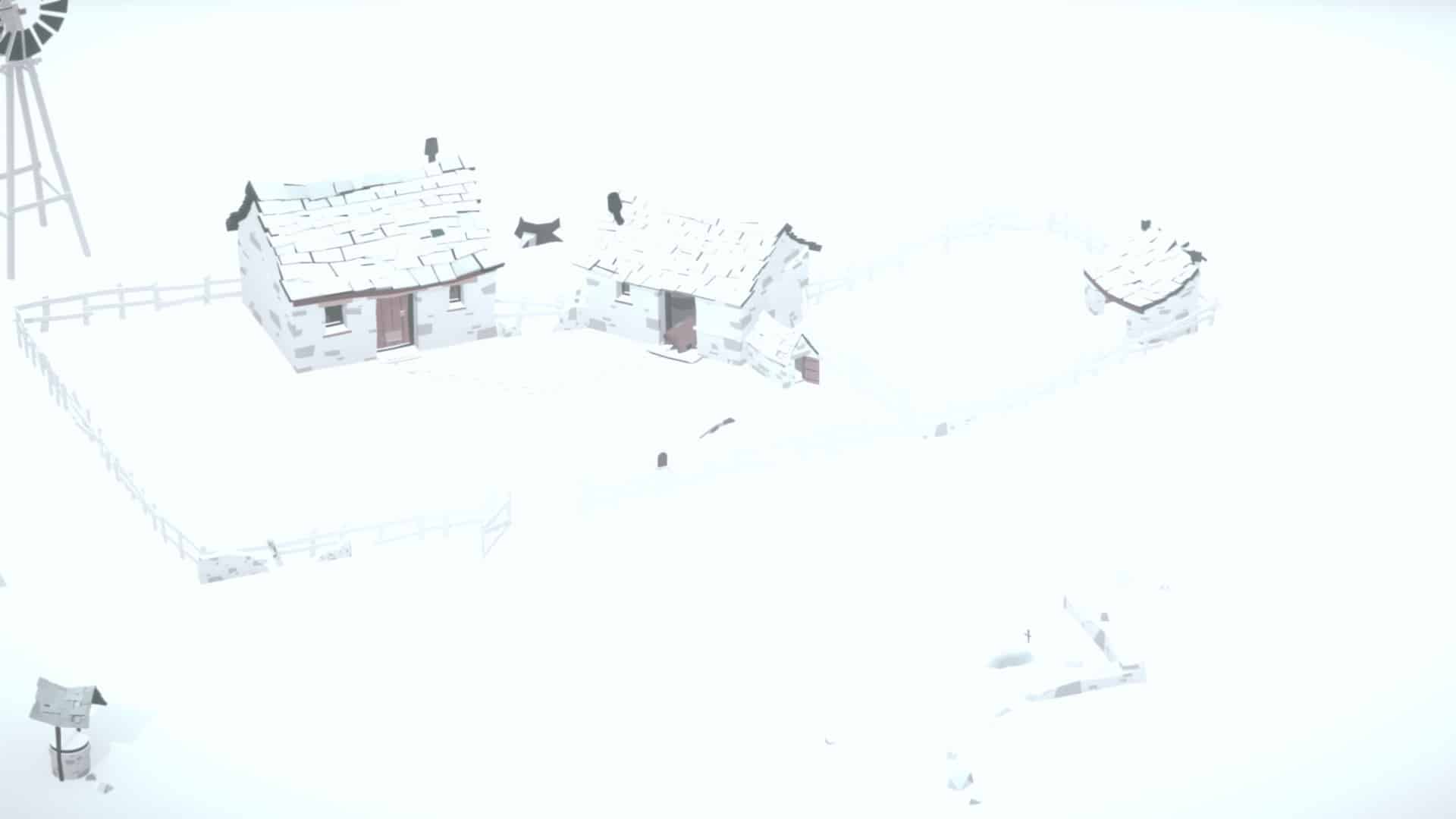 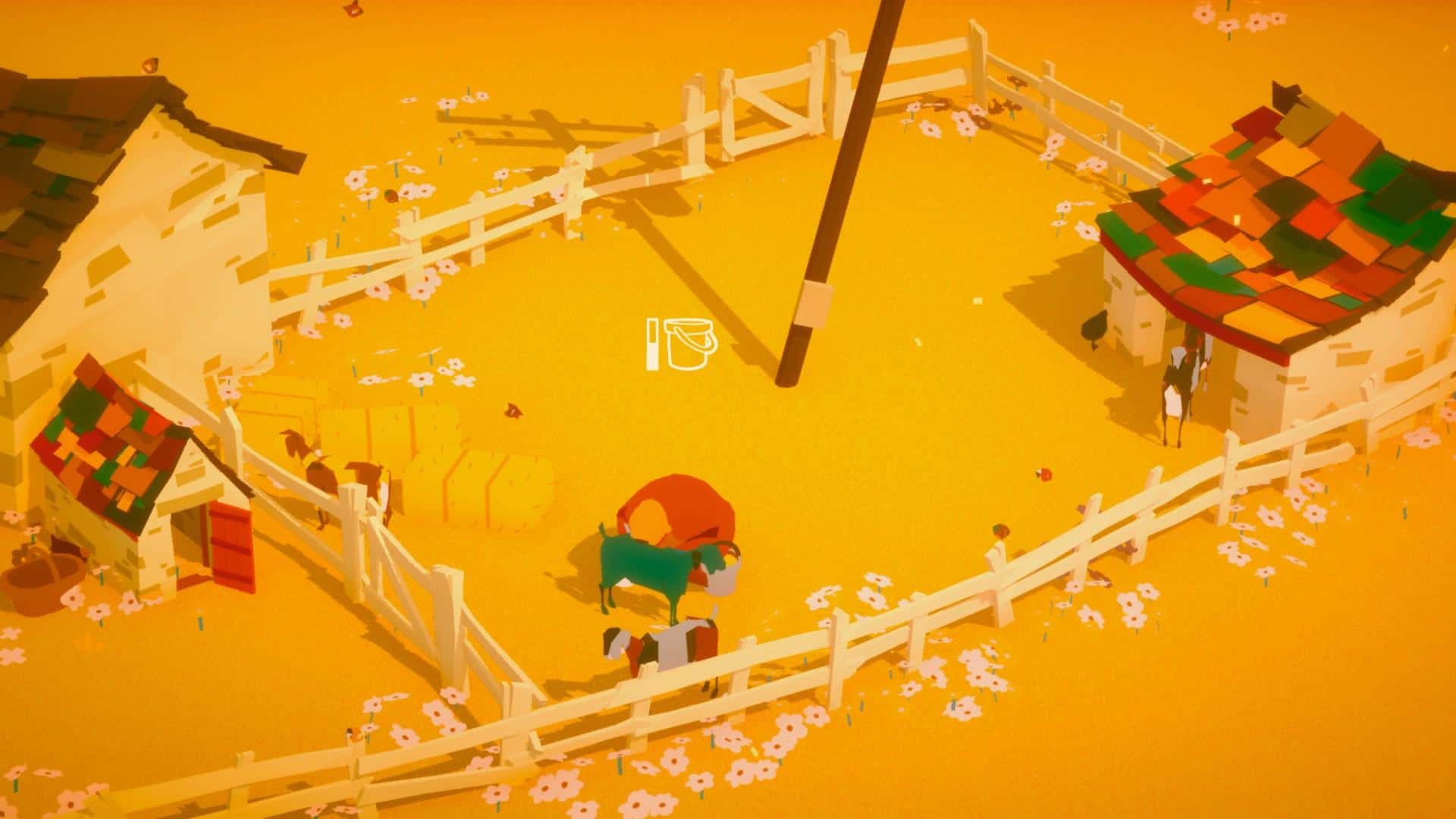 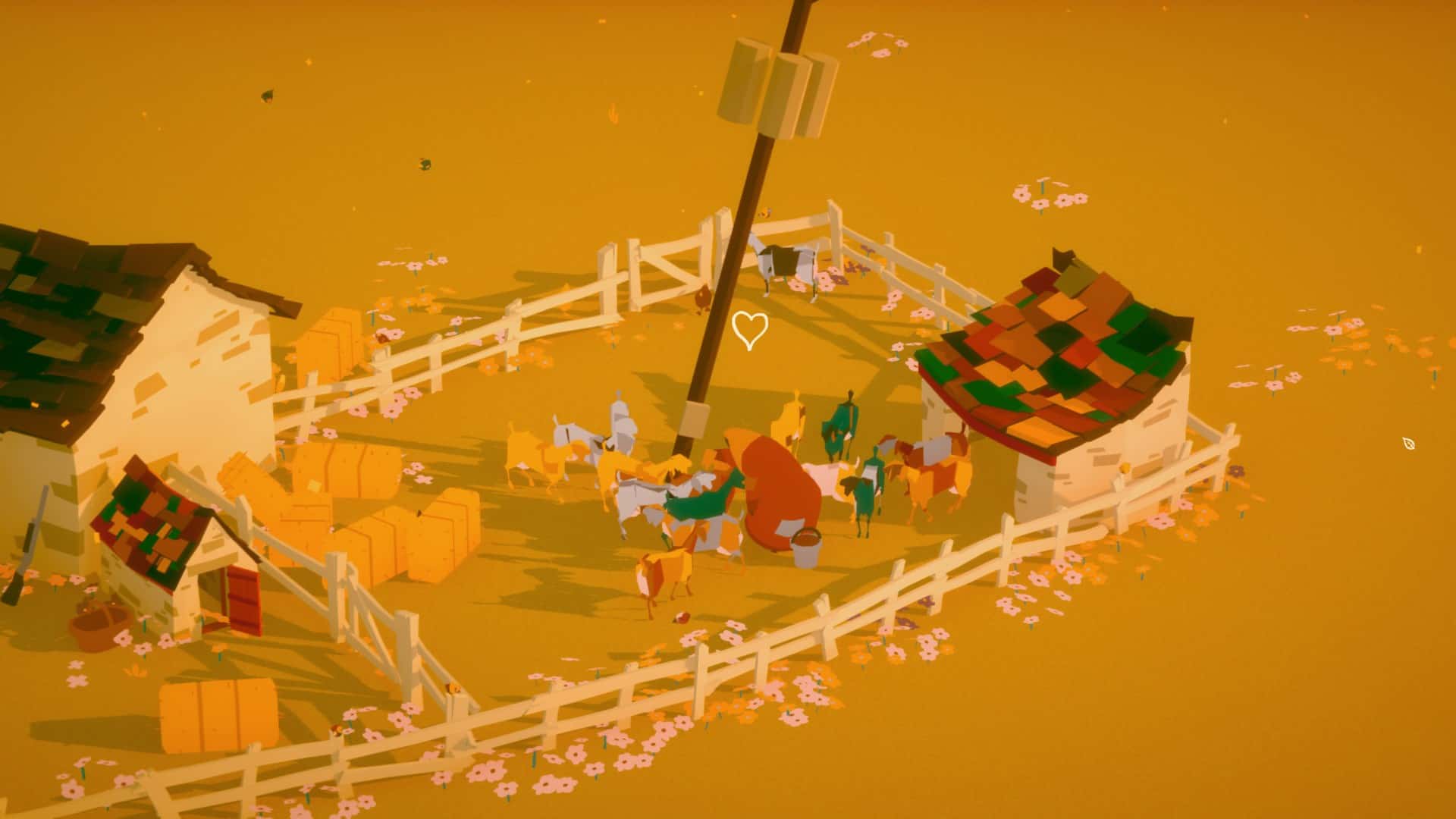 Since Talma moves slowly and in-game days pass quickly, I found myself quickly setting up a routine for her in my playthrough, starting every day with milking the goats and watering the plants. Doing this allowed me to make as much cheese as possible, and trade it for hay for my goats as soon as the merchant arrived. However, there was nothing in the game prompting me to follow these steps. One of the delightful things about the Stillness of the Wind is that as the player, you can choose to work or abandon all your farm duties and go wander around the vast desert surrounding the farm instead. The narrative doesn’t seem to push you in any particular direction and it never actively disadvantages you for making a particular choice; if you stay out until late and miss the merchant, for example, your letters will be sitting in your mailbox, waiting to be read.

During the game, you receive letters from your brother, sister, and cousin, and occasionally from children and grandchildren as well. Initially, the news you receive from family is upbeat, and some letters even contain small gifts – pumpkin seeds, flower seeds, or novels – for Talma. But as the game progresses, the news you receive becomes increasingly unsettling and tragic. There is no way for Talma to reply to family in the game, and apart from occasional eerie scenes depicting Talma’s uneasy dreams a handful of times, you get little sense for the personality of your silent protagonist.

Over time though, this changes and the game’s mechanics and its narrative start to interlock more clearly. As news from the city grows more and more worrisome, the merchant has fewer and fewer supplies in stock. Occasionally, wolves will scavenge for food dangerously close to your farm, putting your goats and chickens at risk. It does not take long for the farm’s immediate surroundings to be impacted as well; you’ll see the warm colours you start with at the beginning of the game slowly become colder and less inviting.

“The Stillness of the Wind could be described as a simple farming sim, but this wouldn’t do the game justice.”

On the surface, The Stillness of the Wind could be described as a simple farming simulator game, but this wouldn’t do the game justice. While the day-to-day chores and farming mechanics feel minimal and restrained, Talma’s own story is the opposite. The letters delivered by the merchant weave a rich and complex story framework around the player’s experience, painting a picture of a Talma’s family members living in a city in political turmoil, far away from the farm.

While a few things felt like they still could be tweaked further, they didn’t take away from an overall emotionally engaging gaming experience. I found that The Stillness of the Wind created an immersive story, and even though I could see where the story was going, it still felt like an emotional blow at its conclusion.

In this sense, I thought the game cleverly created an experience where players grow to care deeply for the main character despite the story being set in a minimal game environment. For this experience alone, the game is worth picking up: I think you would be hard-pressed to find anyone who, after a few hours of gameplay, wouldn’t be affected by Talma’s story and fate.

In this way, the Stillness of the Wind is a breath of fresh air, providing a gentle gameplay experience through arresting graphics and a character-driven story. Especially when considering that it was created by a sole developer, the game is a particularly impressive feat.

If you’re keen to be taken on an interesting narrative journey and don’t mind a slow-burn type of gameplay, this game is definitely worth a playthrough and will be a good match for your library.