Wargroove has shown me that, even if a game doesn’t have many original ideas, it doesn’t matter so much as long as those ideas are well executed. British developer Chucklefish, also known for developing Starbound and publishing Stardew Valley on the Switch and mobile platforms, have another winner on their hands with its new turn-based strategy title Wargroove. To some more nostalgic gamers, it could come across as more than a bit derivative, but if you are looking for a great new strategy game, or just want a fan-made revival of the Advance Wars series, then Wargroove is perfect for you.

I mentioned Advance Wars earlier, and that isn’t for nothing; if you are familiar with Nintendo’s handheld strategy series, you may find Wargroove rather familiar. There are differences; Wargroove has a fantasy theme, and some gameplay elements are altered. However, most of the units have a direct parallel to Advance Wars units, and the overall inspiration is pretty clear. However, considering Nintendo have no apparent plans to continue the franchise, it makes sense for another developer to try and fill the niche that Advance Wars once occupied.

Wargroove’s main campaign follows Mercia, who has been thrust into the role of Queen of the kingdom of Cherrystone after her father is murdered. Facing an invasion from the undead hordes of Felheim, she must flee and seek allies from neighbouring realms to save the world. The plot isn’t exactly deep, but the characters are quirky and enjoyable, and the story contains a few nice twists to keep it interesting.

In each battle, players take control of one of Wargroove’s several different commanders. These range from warrior Queen Mercia, to the antagonistic barbarian Ragna, to Caesar, who is a dog. Caesar is a very good boy.

Players have an army made up of various units, including ground-based, flying and naval units. The campaign is good about introducing new units every mission, steadily teaching the player how to use each one without becoming overwhelming.

Different units are strong against other ones, and work better on certain types of terrain. Each unit’s strengths and weaknesses are set out in the user interface, although it doesn’t do a great job of establishing what those relationships are without a bit of player trial and error.

Where Wargroove differs from Advance Wars is Commander units. In Wargroove, players control their Commander directly on the field. Commanders are much more durable and powerful than most other units. However, if your Commander or Stronghold loses all of its hit points, your army loses the battle, so deploying your Commander to the front line comes with risks. Commanders can also use “Grooves” after participating in combat. Grooves are special abilities unique to each Commander. For instance, the canine commander Caesar can enable units around him to make a second action, whereas Mercia can heal her allies.

“Wargroove’s main campaign doesn’t mess around, and some of the levels can be somewhat challenging.”

Wargroove’s main campaign doesn’t mess around, and some of the levels can be somewhat challenging. However, there is a rather extensive difficulty slider, allowing players to manipulate how much income they receive each turn, how much damage they receive, and how fast the Commander’s Groove gauge charges. It is a good way of helping less experienced gamers through some of the more challenging missions, whilst also allowing more hardcore players to ramp up the difficulty to their liking. 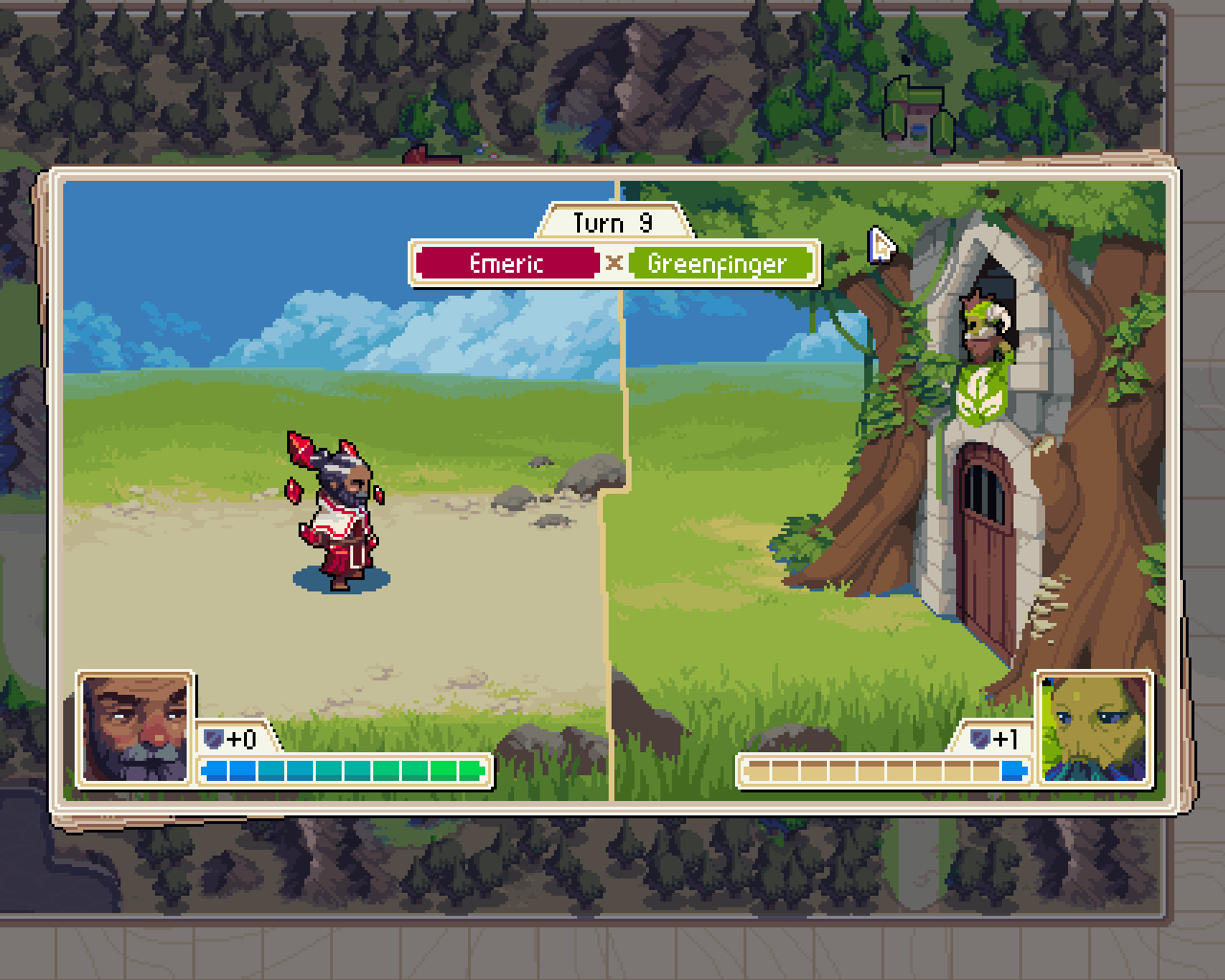 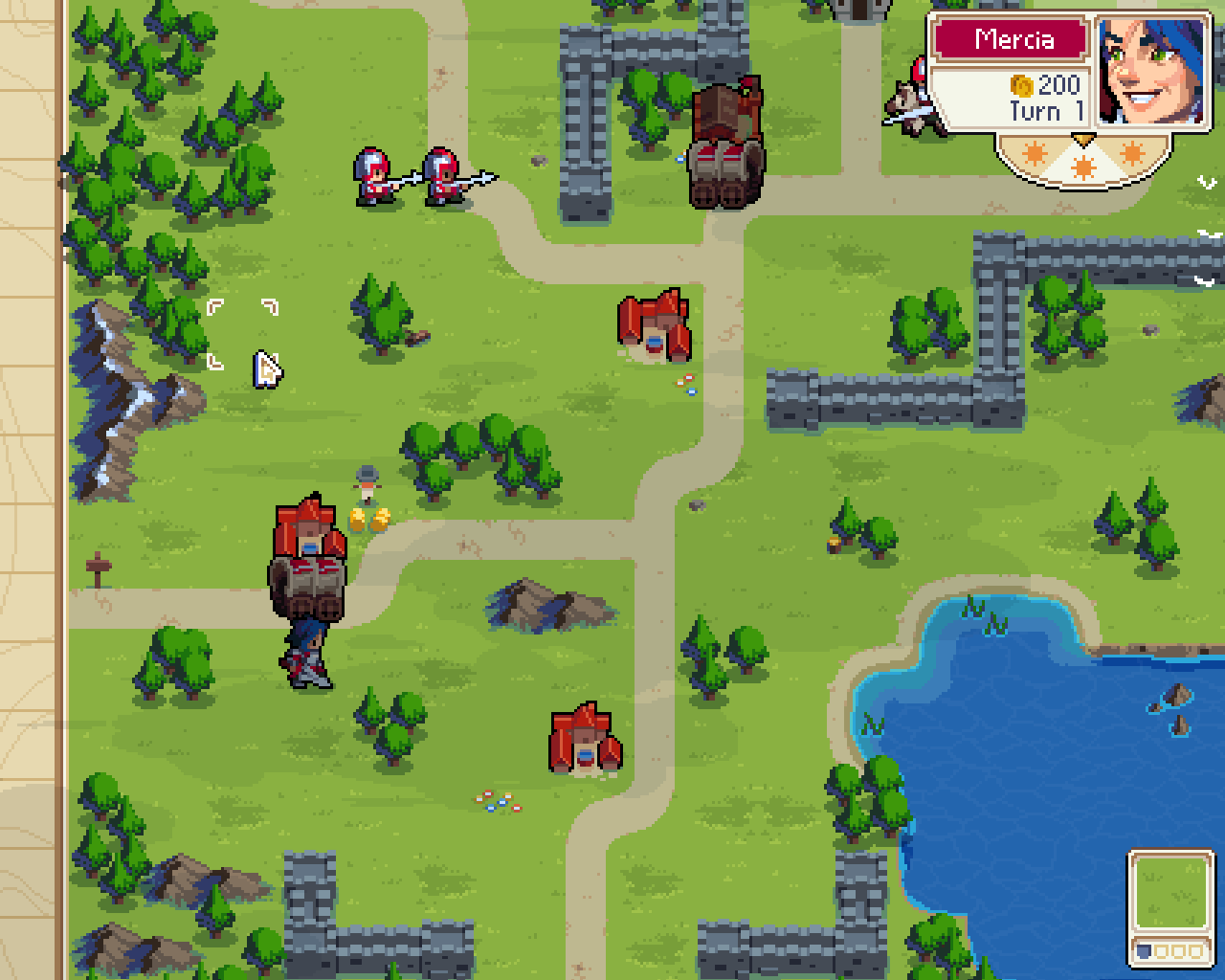 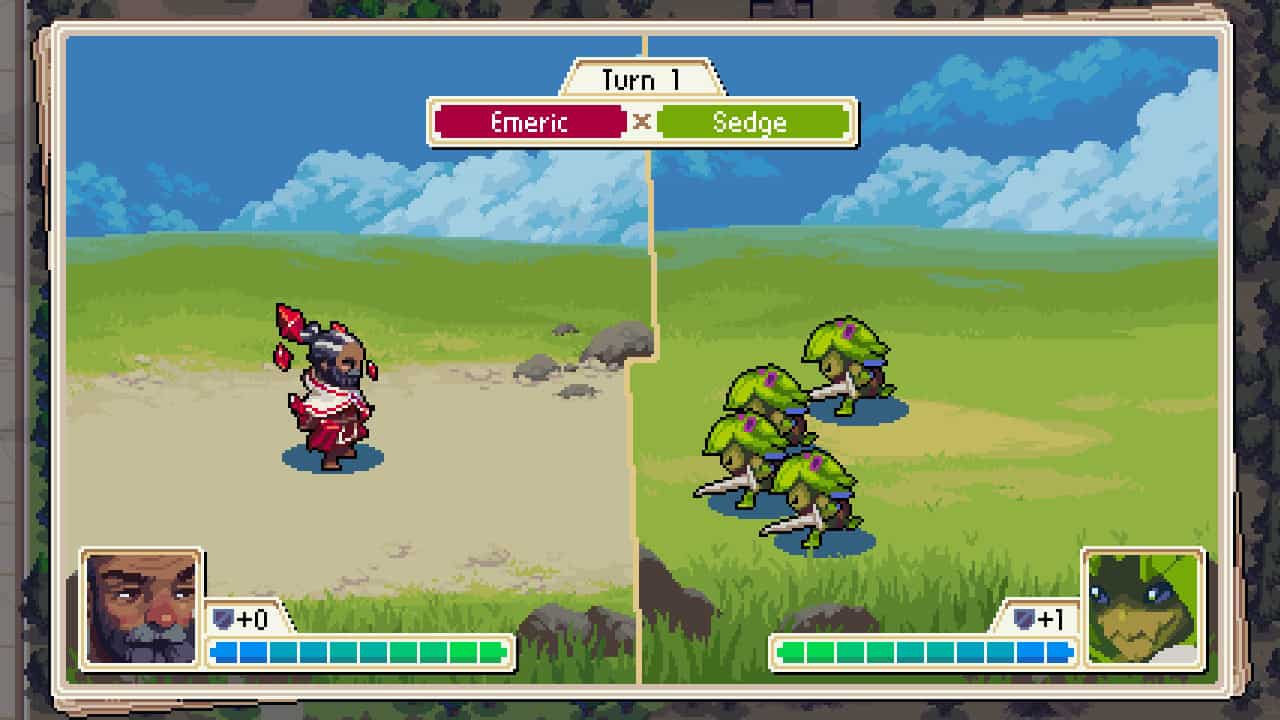 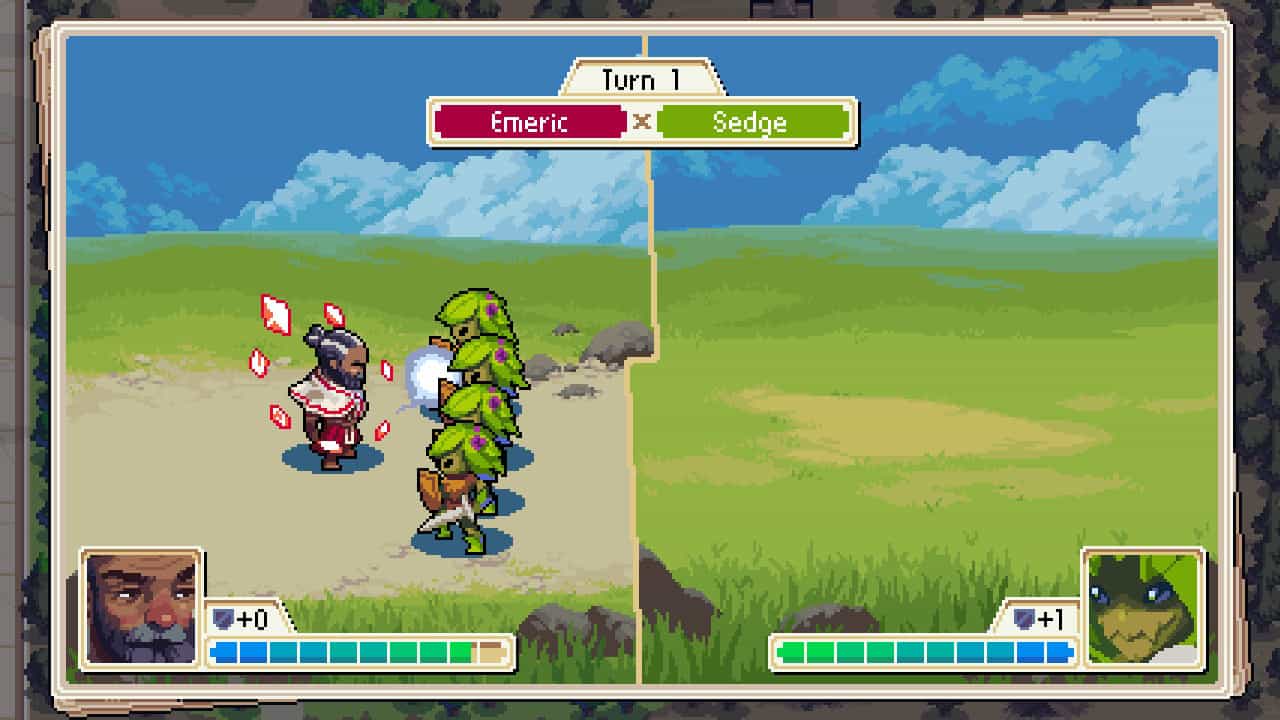 Aside from the campaign, Wargroove contains a significant amount of lore and background details found in the game’s Codex. It was fun to browse it for some interesting facts about each unit type or Commander beyond what we find out about them in the campaign. There is also an Arcade mode, which are a unique set of challenges for each Commander, which is a lot of fun. After progressing through the campaign a bit, you also unlock Puzzle mode, which presents various scenarios that must be beaten in one turn.

One aspect of Wargroove’s gameplay I especially appreciated was the lack of random elements. Too many times in games like Fire Emblem and Advance Wars would the tide of battle be turned by one side scoring a random critical hit to destroy their enemy.

In Wargroove, there are critical attacks, but they are made as a result of specific conditions for each unit. For instance, the slow-but-sturdy pikeman will always crit if they are adjacent to another pikeman, and bow-wielding rangers will always crit when they attack without moving in the same turn. This encourages the player to be thoughtful about unit placement, and not have to worry about the random number generator ruining their plans.

There is a PS4 version in the works, but the game is currently out for Xbox One, PC and Nintendo Switch. I played the PC version, however its vibrant pixel art and ability to save mid-mission make it well-suited to portable gaming. Wargroove’s combat animations are adorable, and each unit has different designs depending on which faction they belong to.  In addition, the soundtrack is very catchy, and many tracks stuck in my head long after I finished playing. 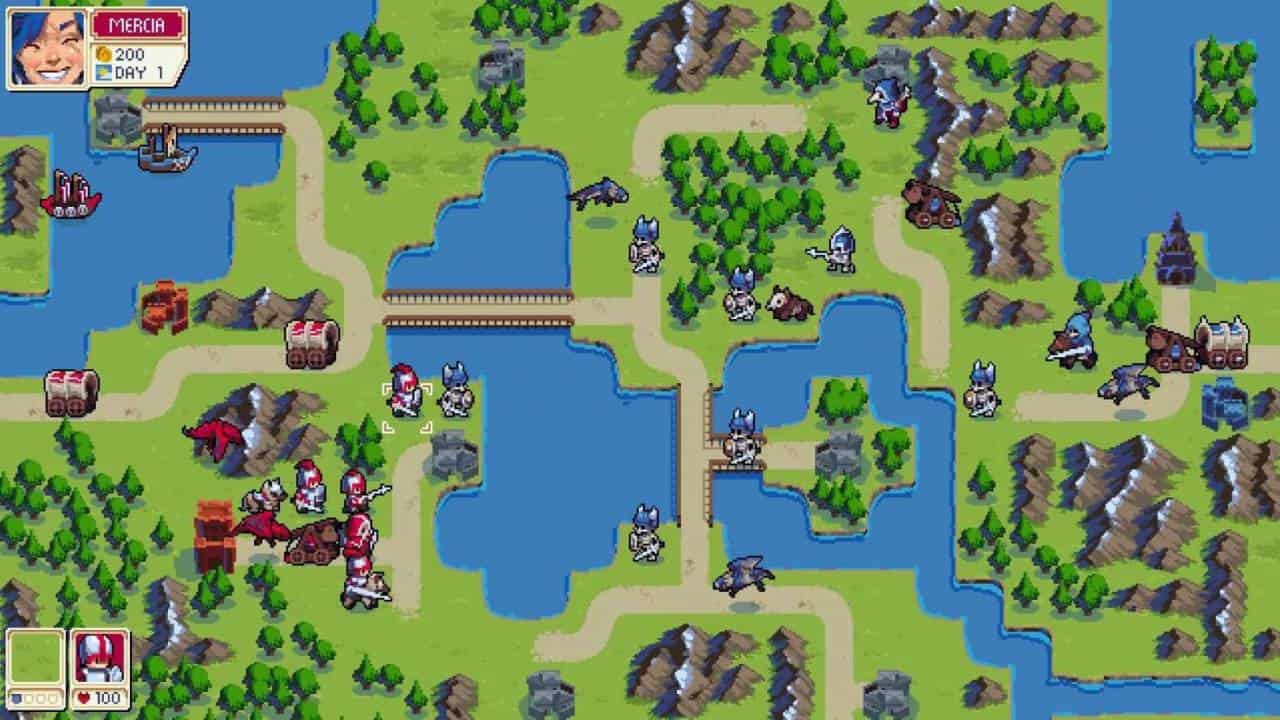 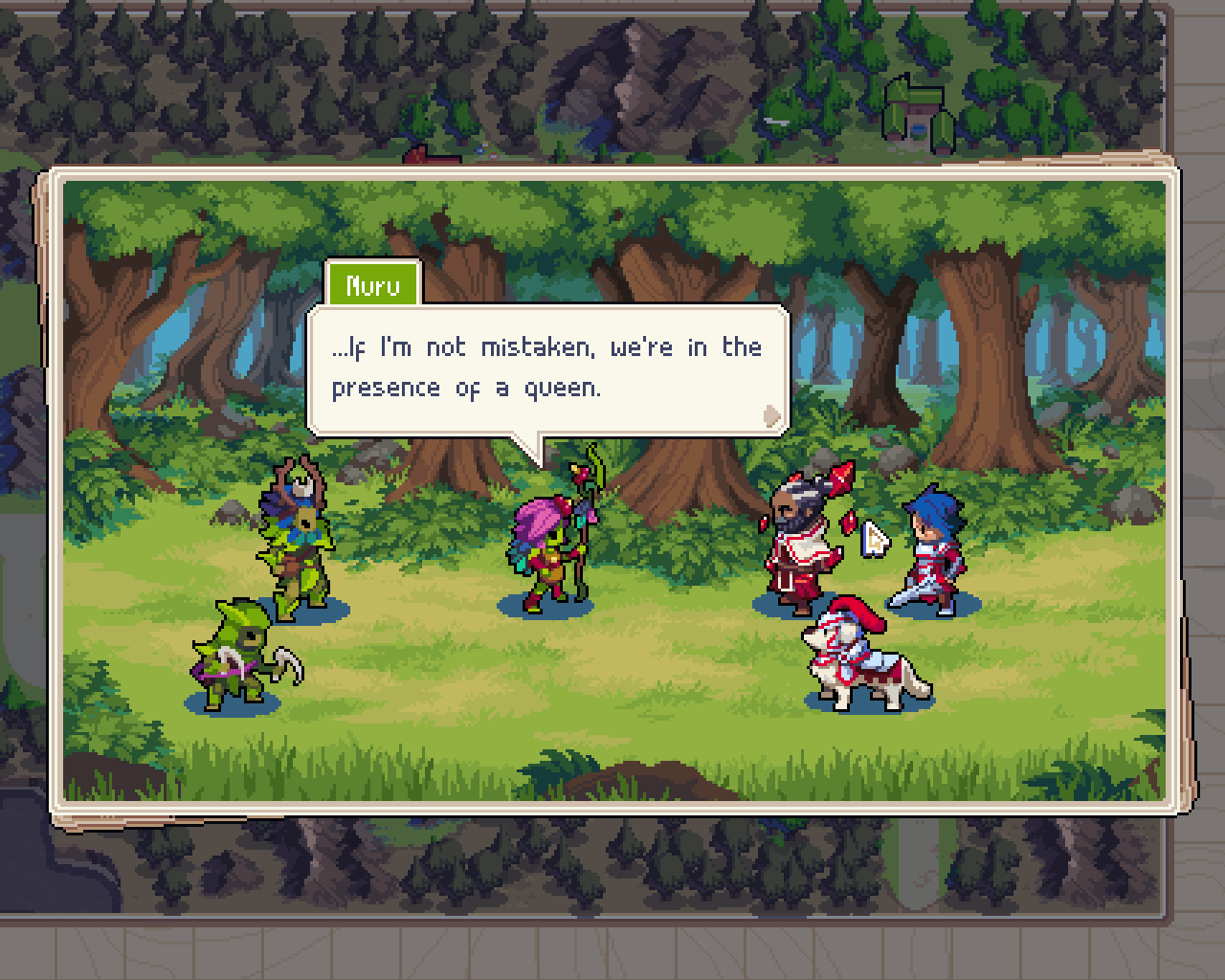 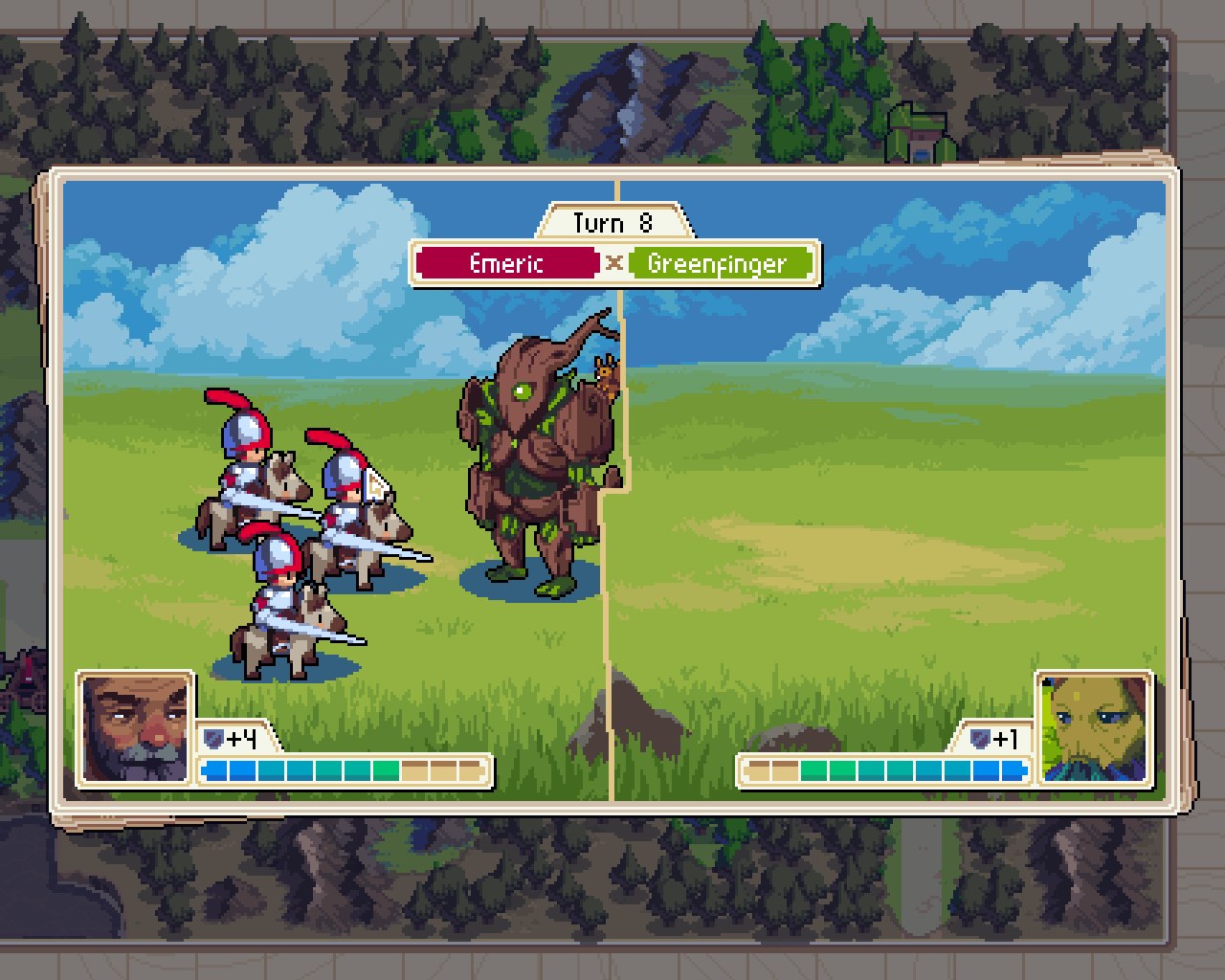 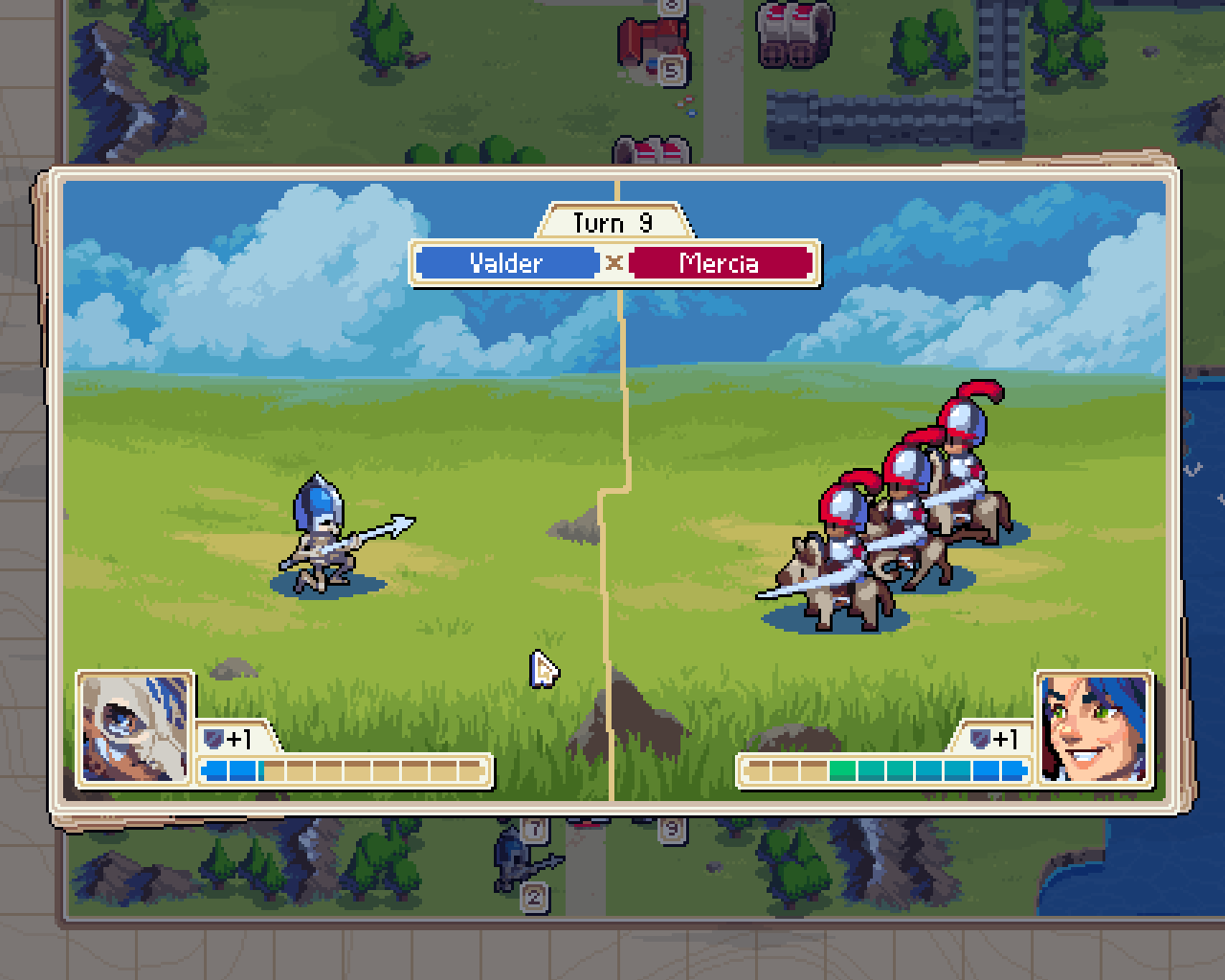 Finally, there is the level and campaign editor, which is just amazing. In it, players can create their own maps and custom campaigns (complete with player-designed cutscenes featuring the campaign’s characters). I reckon the editor could probably have done with some sort of in-game tutorial, as otherwise it can feel a little complicated to figure out what each button means and how to make particularly complex maps or campaigns.

However, there are already lots of really cool downloadable player-created content out there, and they can be accessed on any platform. In fact, some particularly clever players have already remade some Advance Wars and Fire Emblem maps inside Wargroove’s map editor. Rest assured that there is enough content in Wargroove to keep you playing for a long time.

Sure, if you have played the Advance Wars series, you may find Wargroove’s gameplay a little familiar. However, that is hardly a bad thing when the Advance Wars games were great, and Wargroove is arguably even better.  Wargroove’s presentation is fantastic, its maps are challenging and well-designed, and the map and campaign editor ensures a virtually endless supply of player-created content down the road. If you like turn-based strategy games, then Wargroove is a very easy recommend.