Nelke and the Legendary Alchemists Review – Building the perfect town

Since 2017, Koei Tecmo have published 20(!) entries in the Atelier franchise, a series of JRPG’s that focus on item creation and alchemy. This latest installment, the wordily-titled Nelke and the Legendary Alchemists: Ateliers of the New World, is a spin-off, bringing the franchise into more of a city-building simulator direction. With cameos from characters from the franchise’s history, Nelke and the Legendary Alchemists certainly feels designed for longtime fans of the Atelier franchise. However, I have had little experience with the other Atelier games myself, so I am approaching this entry as a newcomer to the series.

In Nelke and the Legendary Alchemists, you play as Nelke von Lestamm, an aristocrat who has been given the task of reinvigorating the frontier town of Westwald as its governor.  She isn’t an alchemist herself, but several alchemists, who have been player characters in previous Atelier games, end up travelling to Westwald and settling down there. By building the right infrastructure, harvesting the right materials, and assigning the right residents to the right jobs, the player must keep Westwald’s economy and population growing, as well as satisfying the directives of your superiors. 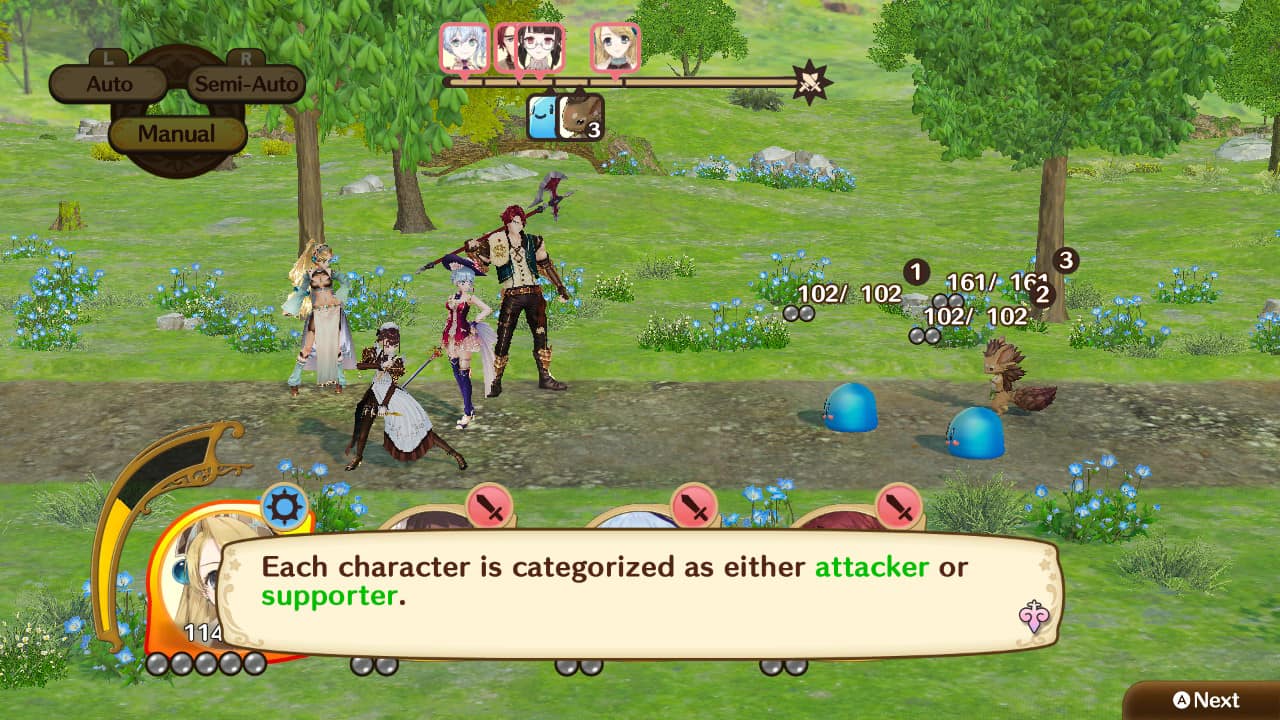 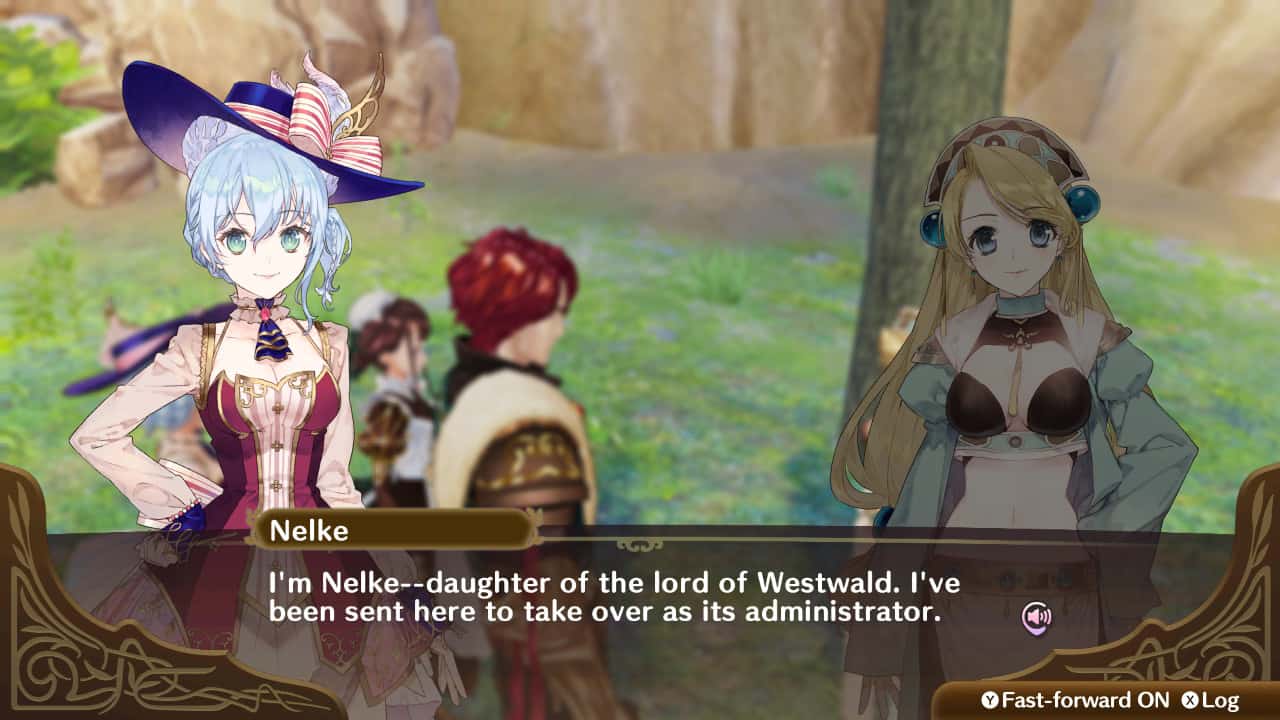 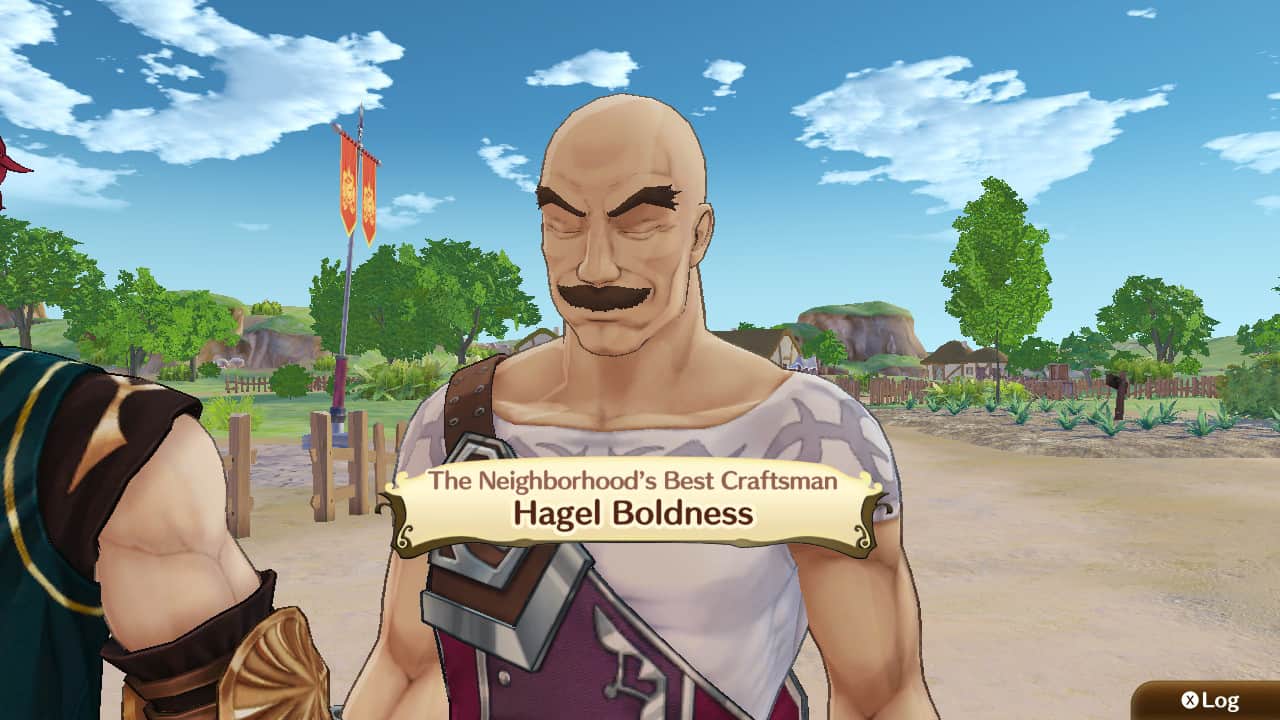 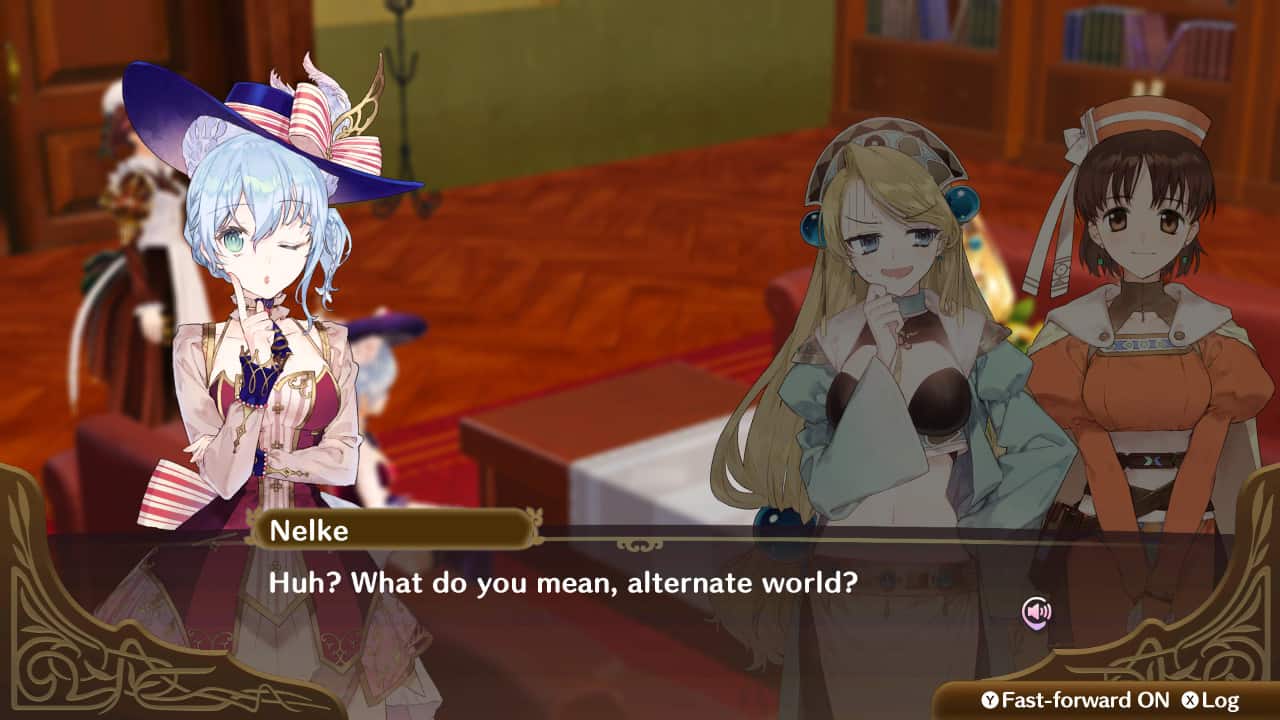 Gameplay in Nelke and the Legendary Alchemists is split into two segments. On Holidays, the player is budgeted a certain amount of time to go out on Investigations and fight monsters, or visit residents (which could unlock new recipes or building schematics, or recruit them for investigations). During the other segment, on Weekdays, players can assign residents to buildings, request certain items be produced or sold, direct Alchemists to create certain items, and build new locations.

During an investigation, players select a party, and they travel along a straight path. The player can make them either run (so they get through the dungeon quicker but miss certain items) or walk (so they get all the items, but might not finish the dungeon in time).

However, there is no exploration  or manual control of the party. Combat isn’t very nuanced either; it mostly comes down to attacking the enemy and using special attacks when they become available. Overall, it feels kind of shoehorned in to remind players that it is an Atelier game, rather than because it is appropriate for a city-building sim.

It is the Visit sections that may appeal strongly to longtime fans. Seeing these characters cross over and interact with each other in lighthearted skits is fun, complimented by the charming character designs and catchy soundtrack.

That said, these exchanges don’t really go beyond shallow fan service, and the game’s actual plot, involving Nelke trying to find the mysterious Granzweit Tree which can grant magical powers, barely factors into anyone’s interactions. In addition, there is no English language support, so if you don’t speak Japanese, be prepared to do a lot of reading.

The city-building aspect of the game fares better, albeit with some issues. Every in-game turn or two, new characters move to Westwald, who can be assigned to one of the facilities the player creates. There is an element of strategy there, in that different characters are proficient at different roles. In addition, players can request that they sell or produce specific items when there is an order for them, or when the sell price is particularly high. It is enjoyable figuring out optimal setups, and new items and materials are regularly unlocked through research and investigations.

However, once you have assigned the right characters to the right locations, there isn’t much more depth to managing the town. Whilst totally ignoring your residents will lead your town’s economy to suffer, you don’t need to do much to keep Westwald growing. The alchemy aspects may seem underwhelming to fans of the main series; players can only work from recipes, and there aren’t varying levels of ingredients like in Atelier Firis. 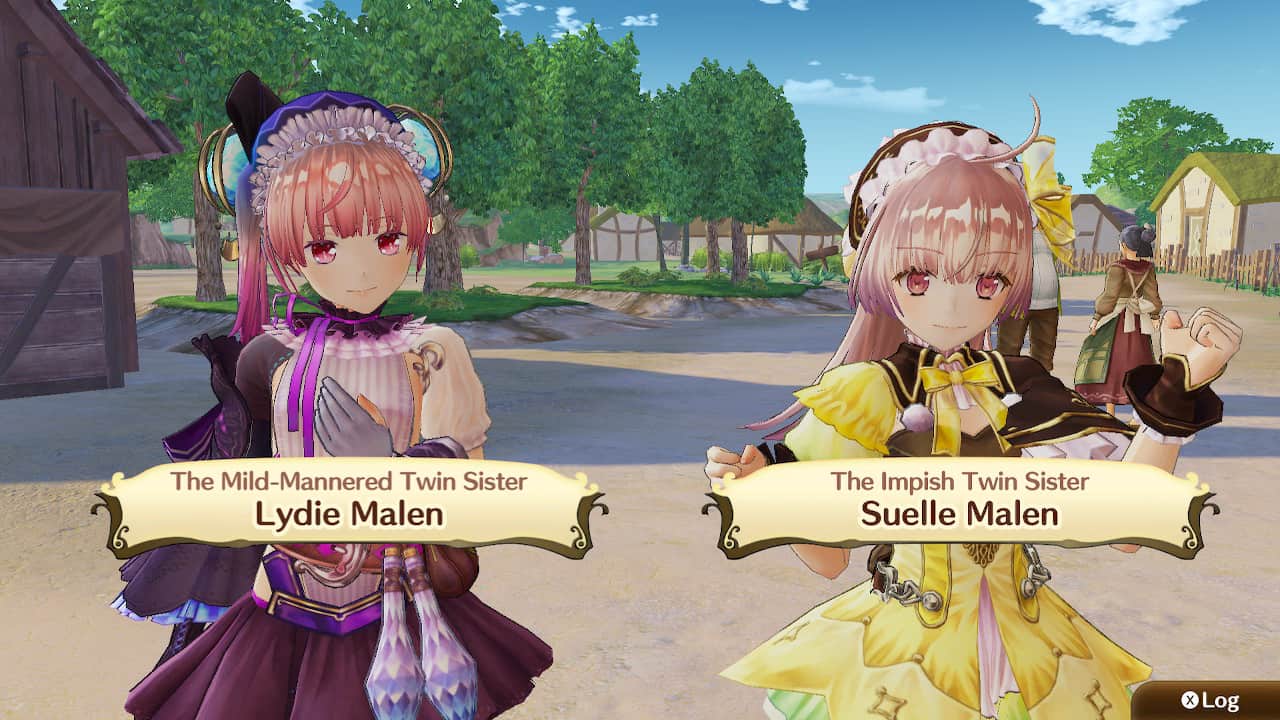 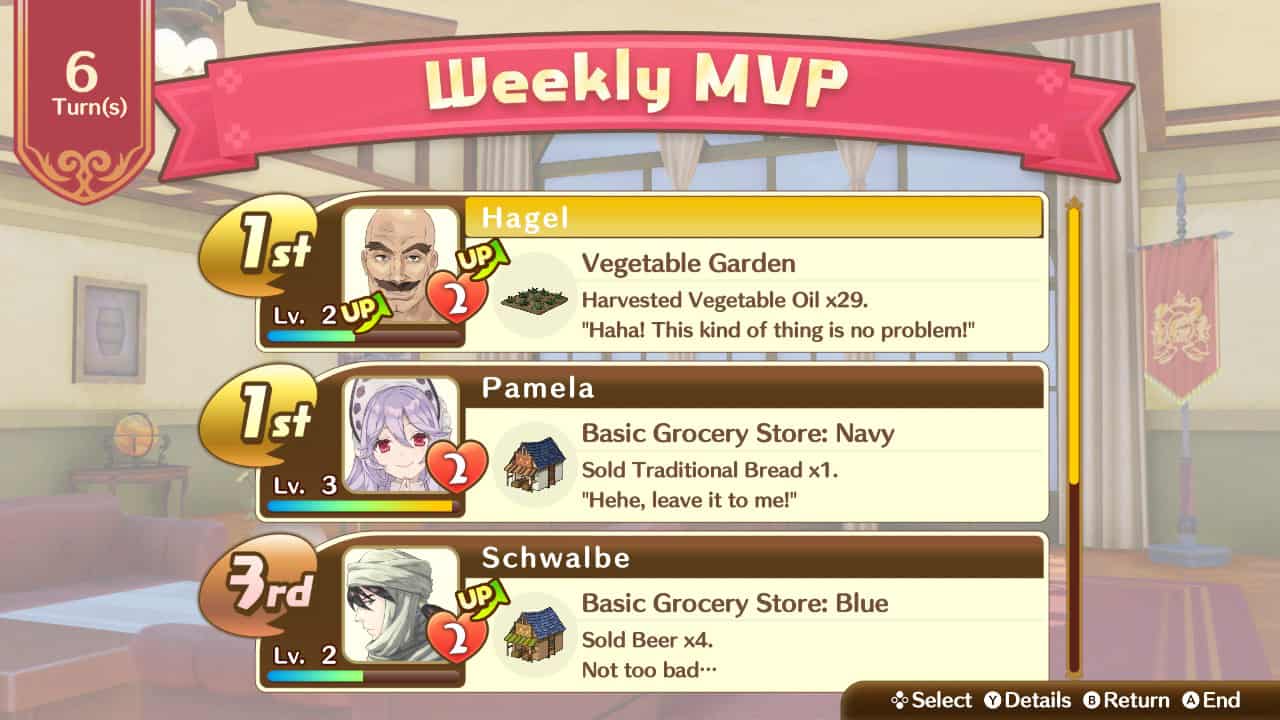 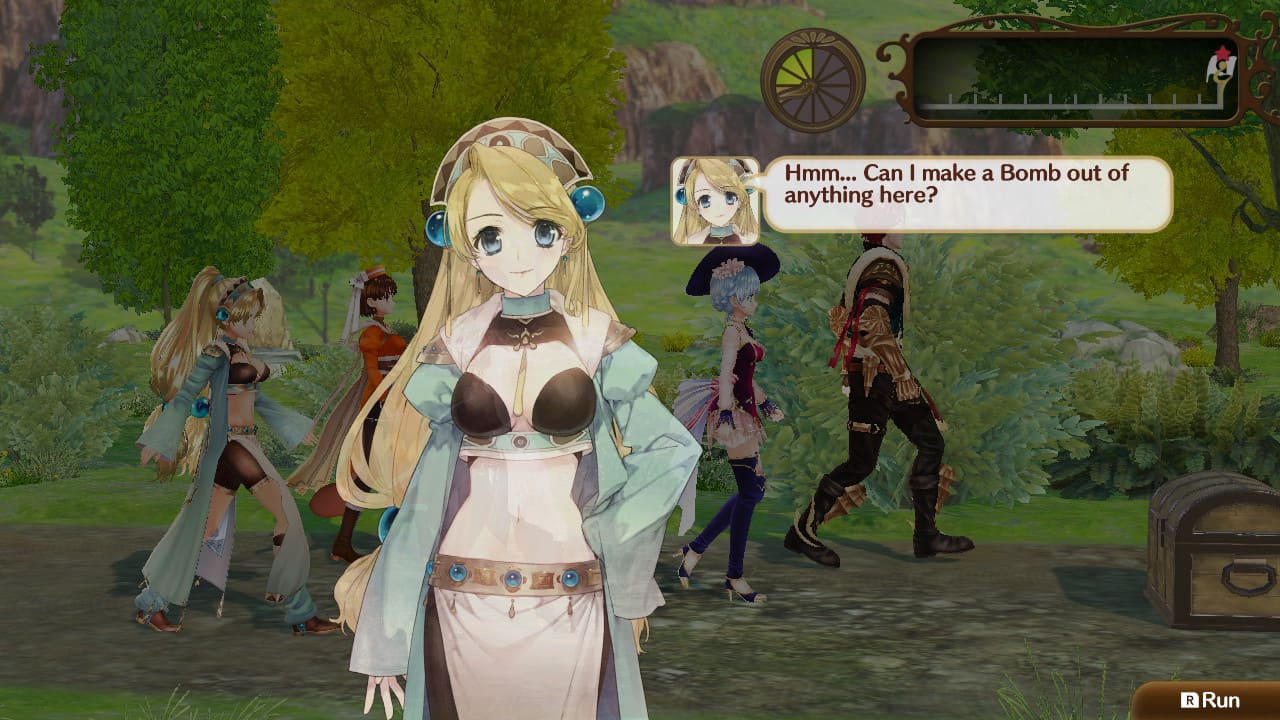 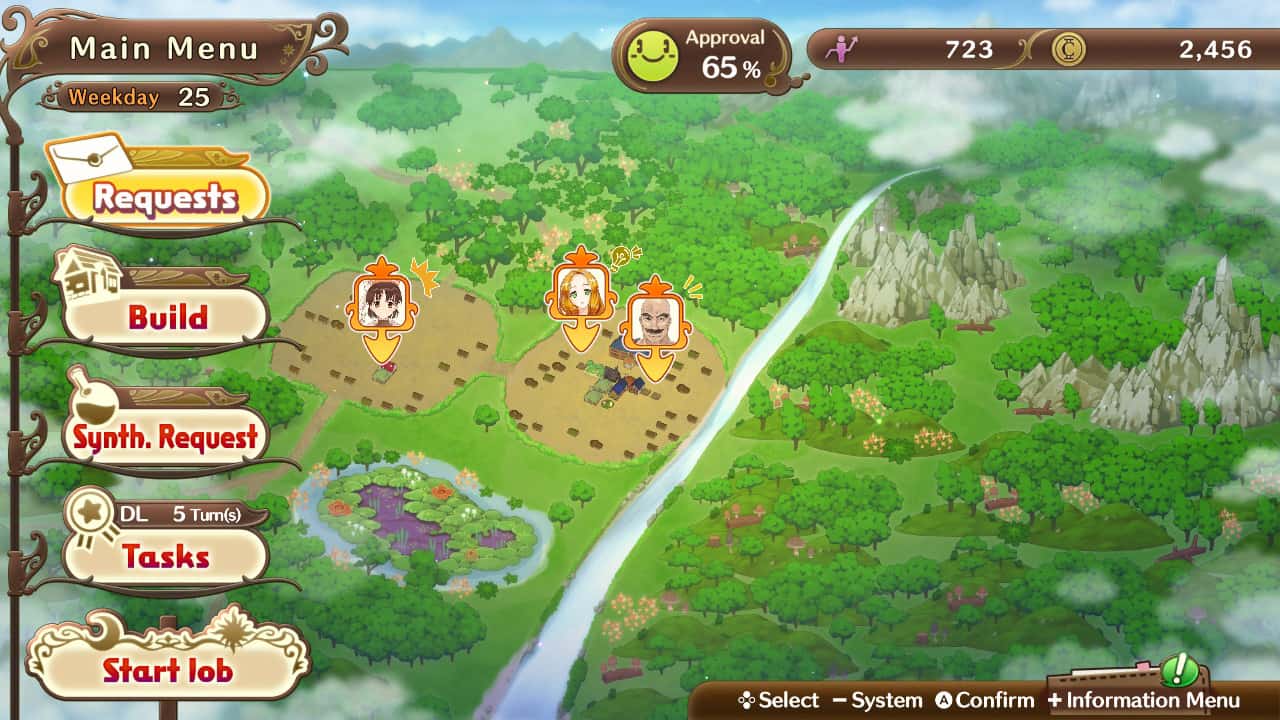 It is worth not becoming complacent though, as if you don’t fill out your main tasks by the deadline, you get a game over. The consequence of failure kicks you back to the very start of the game, keeping with only some of your previous resources. Although the player is given plenty of warning that the deadline is coming up, it feels like a weirdly stiff penalty for an otherwise lighthearted game.

Overall, Nelke and the Legendary Alchemists is not a game for the micro-managers among you. Both the combat and the city management feel oddly hands-off, and I went through a lot of my time with the game feeling like the game was on autopilot. The combat lacks tactical options, and there is little strategy in exploration. Furthermore, once you have worked out a good setup with the city management, you only need to make minor tweaks each turn to ensure your stores are still making profit.

I could probably recommend it to longtime fans of the Atelier franchise, or anyone who is into lighthearted anime-style visual novels. However, anyone looking for a deep JRPG or city management sim will probably not find what they’re looking for in Nelke and the Legendary Alchemists.