Xenon Racer Review – A bumpy ride onto the Switch

Update: We have been informed that a patch is on its way to address many issues we have found with the stability and quality of the game on Nintendo Switch. The patch is scheduled to arrive this month (April).

The Nintendo Switch has pulled off some impressive feats, from rendering the fields of Hyrule in Breath of the Wild to fitting Skyrim onto a handheld platform. Nintendo’s hybrid console has exceeded its potential time and time again. However it has its limitations, and one of them is that it clearly can’t run Xenon Racer. Xenon Racer is an enjoyable enough futuristic arcade racing game, but if you are going to buy it, stay well away from the Switch version.

Xenon Racer is set in the near future, where hover technology is being phased in, and you are racing the last of the old generation of cars to test out the new tech. There is a fairly robust career mode involving races, time trials and elimination matches. There is also local split screen multiplayer and an online mode.

The first thing to note is that the in-game graphics and lighting on Switch are nowhere near the quality of the other platforms. To an extent, this is understandable: the Switch is by no means as powerful as a PS4 or modern PC. However, this trailer is on Nintendo’s official YouTube channel, and it doesn’t accurately represent the quality of the game on its platform at all.

The level of pop-in is absurd; as I drove down the track bits of background scenery like trees and buildings would just materialise out of nowhere and then vanish into the aether. Whilst it was somewhat surreal from a visuals perspective, it had gameplay implications when the things that needed to load were bits of the track, leading me to drive into a wall that only appeared shortly before I hit it.

The lighting and model quality is also sub-par, with water puddles not reacting to cars driving over them and shadows flickering in and out of existence randomly.

The performance could also stand to be better. I’m not necessarily expecting a solid 60fps from a Switch game, but Xenon Racer often struggles with all its might to hit 30fps. The controls are also rather unresponsive, which for a game as reliant on fast reflexes as Xenon Racer is an especially grave sin. It only gets worse if you try and play split screen multiplayer. 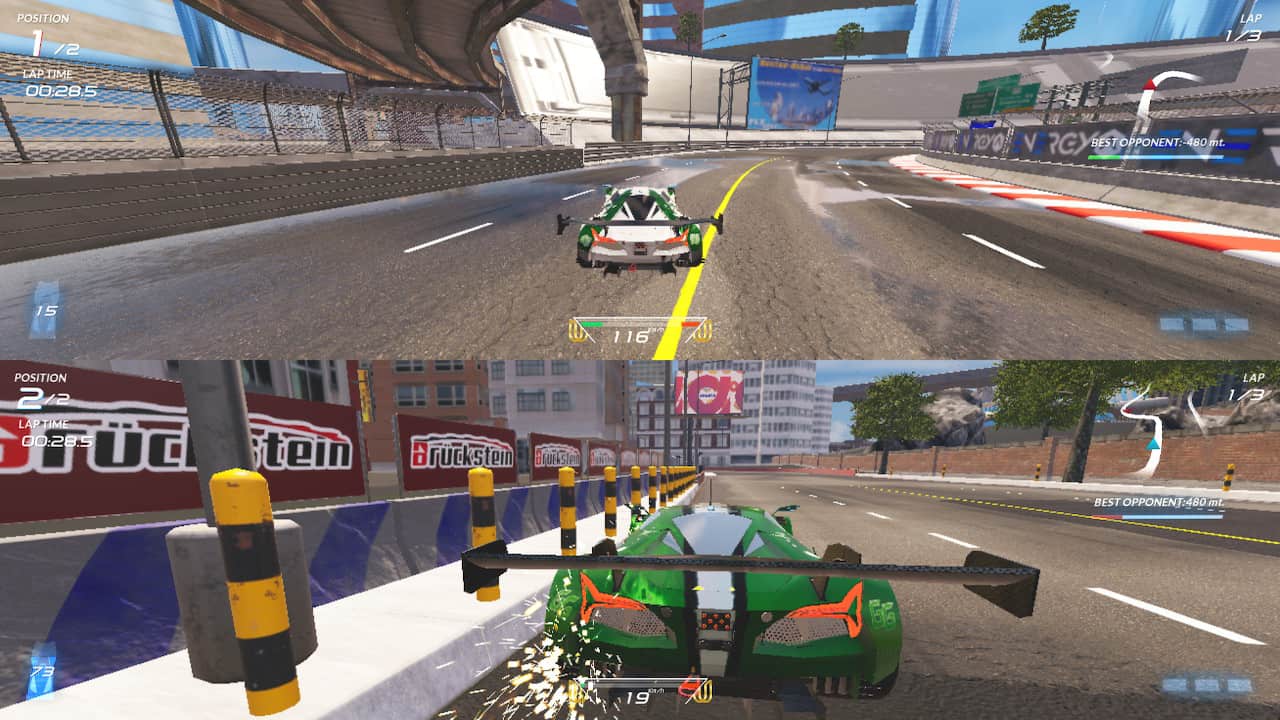 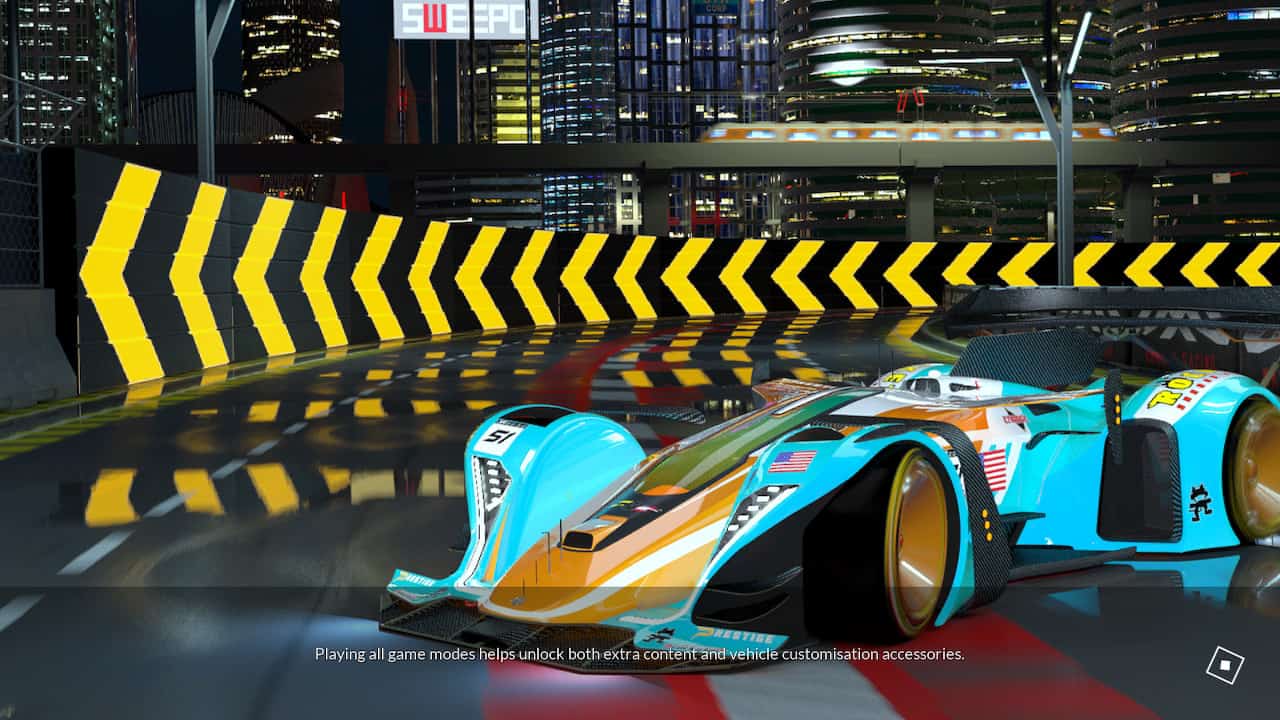 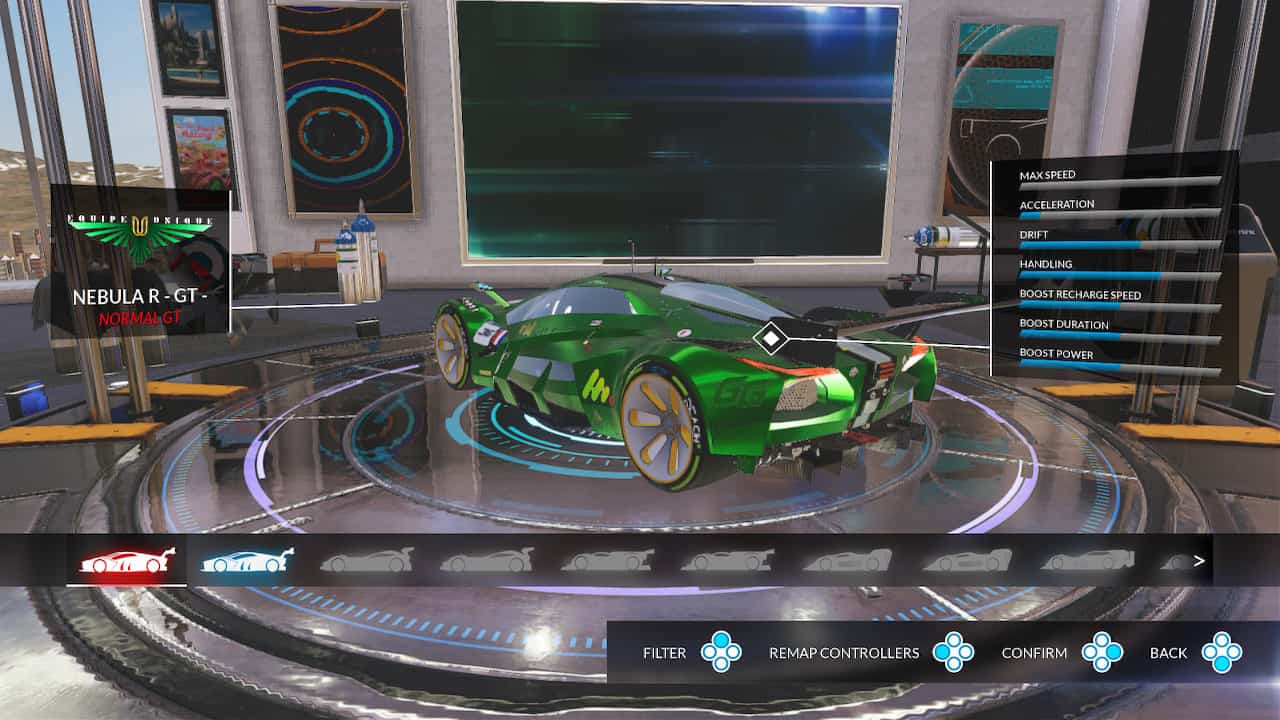 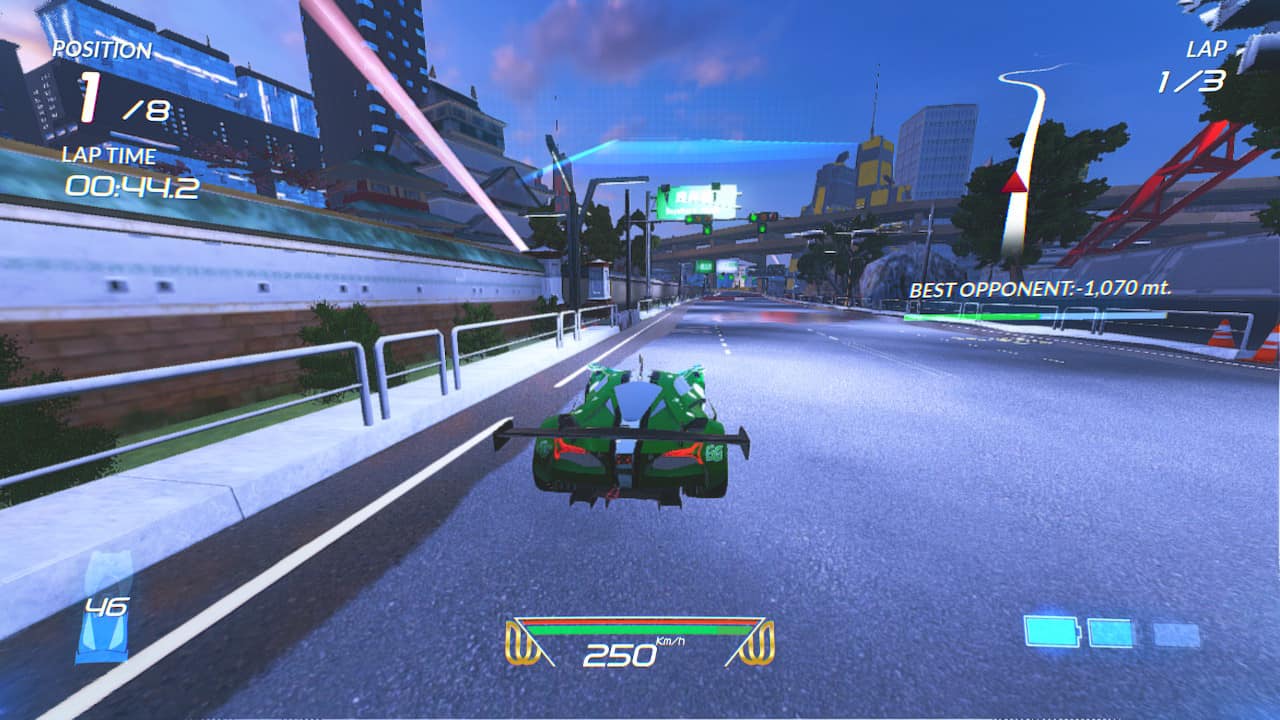 I did enjoy the customisation aspect of the game; playing each of the game’s modes unlocks new parts for your car, allowing you to customise it for speed or handling. In addition, the soundtrack is of superb quality. You race along to 20 tracks from EDM label Monstercat, and the intense beat really helped put me in the zone. It was certainly annoying when the music was drowned out by the annoying announcer criticising me whenever I crashed, but he can at least be silenced in the options menu.

Ignoring the issues with the Switch version of the game, there are some additional gameplay issues that I found irritating. For instance, your car has a health bar that drains when you hit walls and other cars. However, there is no way to recover that health from pickups or completing laps, so once your health becomes extremely low, the chances of you dying and being kicked back several places skyrockets. The high consequences and probability of death ruins the game’s flow and makes races a very stop/start kind of experience.

Xenon Racer features the Electronic Recover System (ERS) which lets you charge up boosts by drifting and item pickups on the track. It is a potentially fun system, let down by twist-heavy tracks that make using it highly risky, and the amount of damage you take colliding with a wall (that may not have even loaded in yet) while boosting doesn’t make it especially worth it.  If the game let the player repair their car with ERS charges, or featured more linear courses that gave fun opportunities to boost at full speed, it could have complimented the game’s other mechanics rather than conflicted with them.

I am not sure why this game was ported to the Switch in the first place. The system obviously can’t run it well.  Whilst it technically contains the full game on a portable device, it is such a downgrade on a graphical and performance level that it is tough to recommend it to anyone but the most lenient of arcade racer fans.

Xenon Racer may well be brilliant on other platforms, but if you are looking to get this game at all, I wouldn’t recommend it on Switch.