Originally released back in 2012, Capcom’s open world fantasy RPG, Dragon’s Dogma, didn’t get much of a chance.  Releasing near many other major releases, and making players buy it again for the Dark Arisen expansion, ensured that the game didn’t quite live up to Capcom’s initial sales expectations. However, it was amazingly popular on PC when it came to Steam, and now Dragon’s Dogma has arrived on the Nintendo Switch. How does this now 7 year old game hold up on Nintendo’s hybrid platform?

The premise for Dragon’s Dogma is delightfully simple; you play as a random villager in the fantasy land of Gransys, whose hometown is attacked by a giant dragon who kills you and devours your heart. However, you immediately come back to life as “The Arisen” and are challenged to track down the dragon and kill it. In between those two points are a lot of exploring, side quests and monster hunting. The writing, whilst flowery, is not the deepest in the world. However, if you don’t mind a somewhat thin pretext for the monster hunting and adventuring, then Dragon’s Dogma’s world is waiting for you.

As the Arisen, you are able to command Pawns, who are basically mindless soldiers who look like real people, but don’t have free will. It’s a weird way to justify the fact that they’re basically your slaves, but whatever. You directly control the Arisen, and up to three Pawns join you. Despite the fact that you can’t directly control your party members, I always felt like my party members were intelligent and useful, and the party AI is generally top-notch.

The player can design the Arisen and their main Pawn with the game’s really in-depth character creator system, and recruit two other Pawns that other players have created and uploaded. The guest Pawns don’t level up with the player and the main Pawn, so players are encouraged to swap around their guest pawns every level or two to stay competitive.

Players can give departing guest Pawns gifts that they can bring back to their own players, and your own Pawn updates its online data every time you rest at an Inn. Pawns even remember what quests you have completed, and will give hints to other players when they recruit your Pawn in their games. It’s a strange kind of indirect multiplayer system that I found quite compelling.

That said, even though the Pawns are useful in combat, the player will likely grow to resent their dialogue. They occasionally give out important tips relating to enemy weak spots or quest hints,  but the vast, VAST amount of their lines are very repetitive and unhelpful. This version of the game lets you turn off Pawn chatter in the options, and whilst it makes the combat a bit less atmospheric by removing their combat lines, it at least means you won’t have your Pawn tell you about how Gran Soren is the beating heart of Gransys every time you travel near the main hub city.

The actual exploration is a bit different to what you might expect if you are used to games like Skyrim. There is kind of a fast travel option, but it’s full of weird constraints; you need to use an item to set a waypoint to travel to, and the Eternal Ferrystone that you fast travel with is an item which can be sold. Dragon’s Dogma certainly doesn’t hold your hand either; travelling just a bit off the beaten path can lead you into fighting powerful monsters, and leaving at night without enough oil for your lantern is pretty much planning for failure. 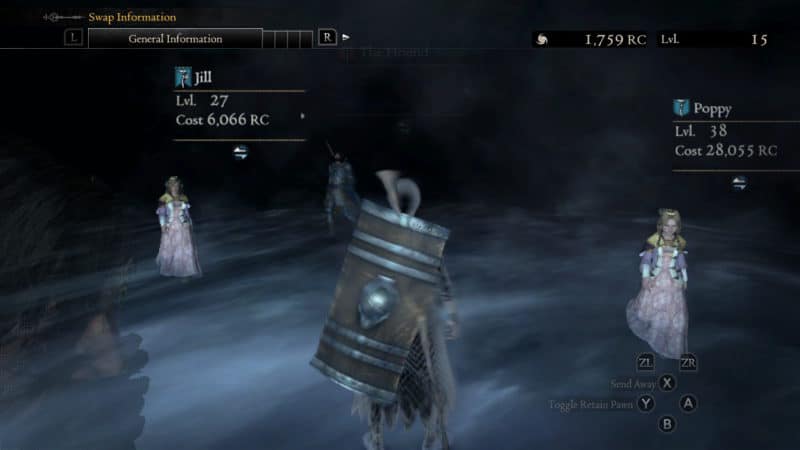 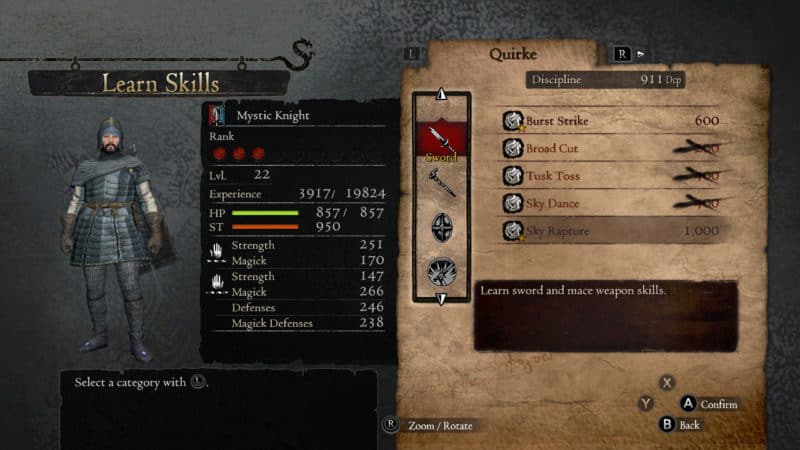 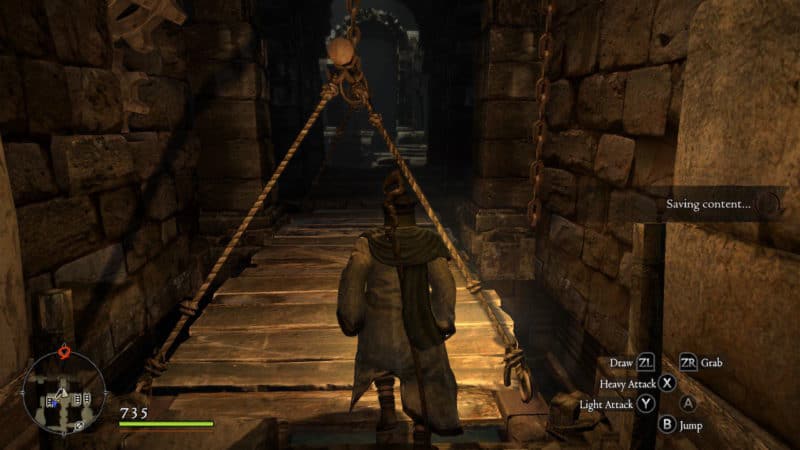 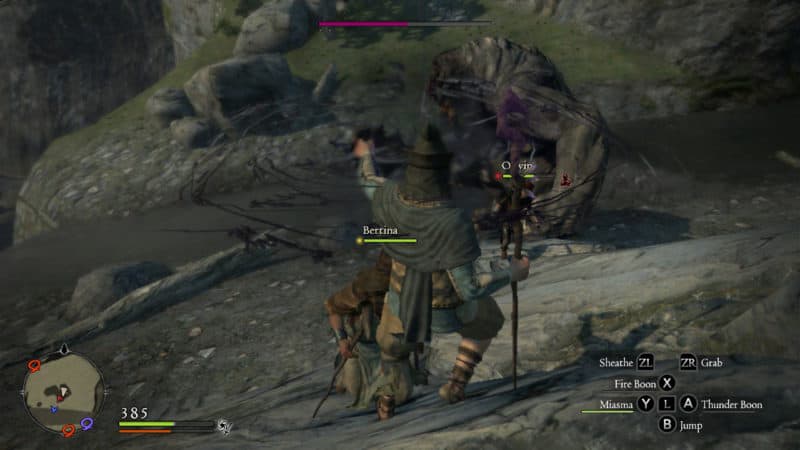 “Climbing up a cyclops’ back in order to stab him in the eye never stops being fun.”

The combat and character customisation is where Dragon’s Dogma shines. At the start, you pick a class for your Arisen out of Fighter, Strider and Mage. Later, you have the option of switching to a specialised or hybrid classes, retaining passive skills from other classes you have invested in. The class system is a compelling way to build your character how you like, and allows for many different party combinations.

Another fun aspect of the combat is the ability to climb onto large enemies. Using one of the trigger buttons, players can grab onto enemies, grappling human-sized ones and holding onto larger enemies. Climbing up a cyclops’ back in order to stab him in the eye never stops being fun. Some enemies even change their tactics when they lose specific body parts, and combining elemental weaknesses with focusing on enemy weak points can be the key to taking down some of the more difficult opponents. 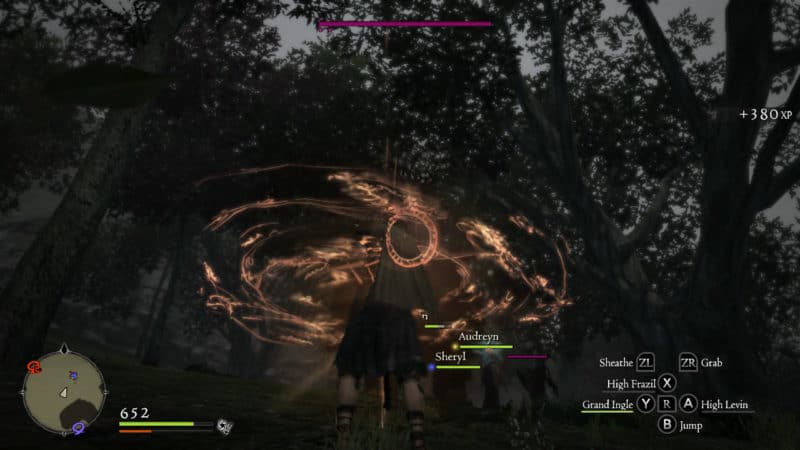 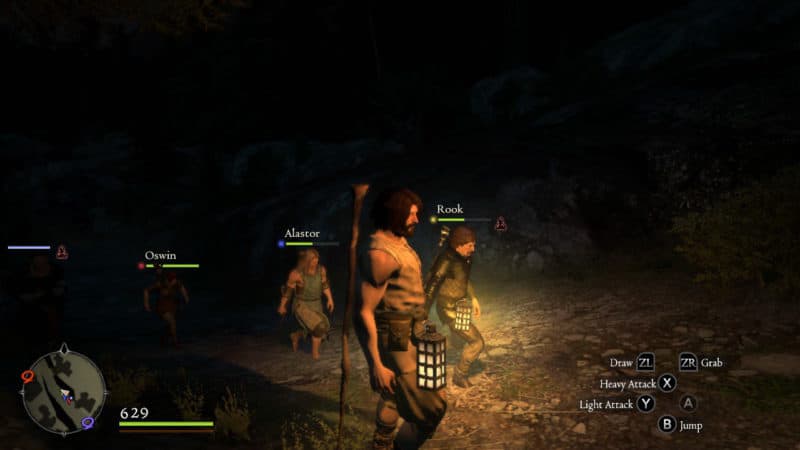 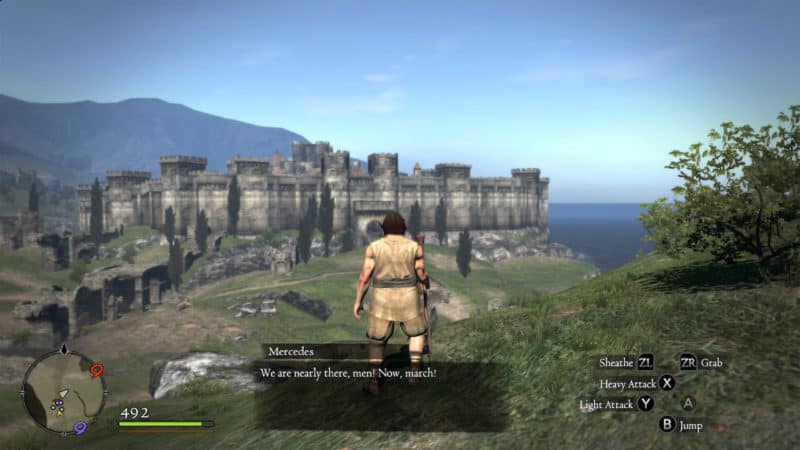 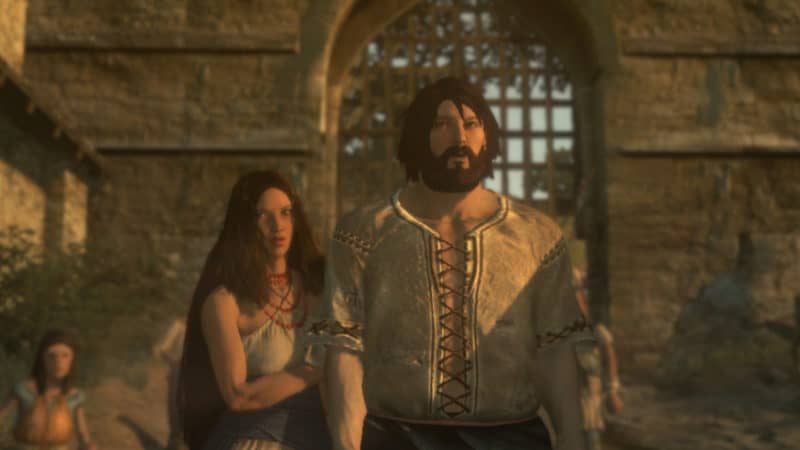 As for the Switch port, it is truly remarkable that the developers have been able to squeeze such a huge game onto the platform. Aside from minor occasions of pop-in, the game looks fantastic and runs very smoothly, even during the more chaotic brawls that take place. The environment isn’t spectacular to look at, with Gransys overall lacking in much visual variety in terms of locations. The monsters, however, all look highly varied, and have highly detailed designs. If you don’t mind missing out on mods, the Switch version of Dragon’s Dogma: Dark Arisen is the way to go.

In addition, this is a port of the Dark Arisen re-release of the original game. This added a bunch of quality-of-life improvements, as well as a significant amount of challenging post-game content. Rest assured, Dragon’s Dogma will give you plenty of content for your money.

I hope that this Switch port gives Dragon’s Dogma: Dark Arisen the attention it deserves. Whilst not every aspect of the game completely works, and players searching for an epic fantasy narrative may be left cold, the deep combat and exciting exploration kept me hooked the whole way through. If you’re looking for your next big role-playing game on the Nintendo Switch, you could do far worse than this port of Dragon’s Dogma: Dark Arisen.