Generation Zero takes place in a reimagining of 1980’s Sweden. You play as a teenager returning from vacation to find a completely deserted town, devoid of all human life. Something has taken place and you’re not quite sure what that something is.

Generation Zero builds itself up as a mystery. It’s a game about uncovering answers, exploring the environment and slowly putting pieces of the puzzle back together. It’s also a game that is absolutely riddled with glitches, strange design decisions, and it’s a game that, quite frankly, released in an unfinished state.

Generation Zero starts strong. It throws you into a mystery and does so with a good amount of creepy ambience. After creating your character you’ll explore a nearby house and begin discovering things that you never expected to see. The remnants of what looks like a mech lay strewn across the ground and cars remain deserted by the side of the road. There’s no sign of life until you finally see your first mech on the horizon. You pull out a pistol which you found nearby and take aim at the mech once it notices and begins sprinting towards you. You take down your first foe, but the encounter raises more question than it answers.

Unfortunately the game begins to go downhill after this opening sequence. It has its moments, don’t get me wrong, but Generation Zero never manages to recapture that same atmosphere or mystery that was introduced with this opening.

Generation Zero is a cooperative exploration and action game. It can be played with up to 4 players and takes place in an open world full of hostile mechs and deserted towns to explore. Whilst the game may look like a survival experience, it actually plays like a standard campaign-driven shooter. You’ll pick up quests as you play that drive you towards certain areas that eventually lead you out into more hostile regions of the world.

Multiple side-quests can be picked up, however your main quest w ill always be to find the location of survivors who keep moving and leaving behind clues to their new whereabouts.

Narratively, Generation Zero is fairly weak. Whilst the mystery feels good initially it peters out once you realise you’re essentially chasing ghosts. You’ll be looking for the location of the survivors and every time you narrow in on them they’ve already moved on. This means you’re quest is never over but it never really advances either. Compare Generation Zero to other campaign-driven games and the lack of NPCs and real progression is incredibly noticeable.

The lack of structure to the narrative is part of the reason why Generation Zero feels a bit like a survival game. The problem is there’s no actual survival mechanics to be seen, which leaves the game feeling like it doesn’t really know or understand what it wants to be. The map you’re exploring feels like a survival map as well, rather than a well crafted open world. Houses and buildings are simple copy and paste jobs of one another and there’s so much forestry and open land that exploring begins to feel dull and unrewarding. 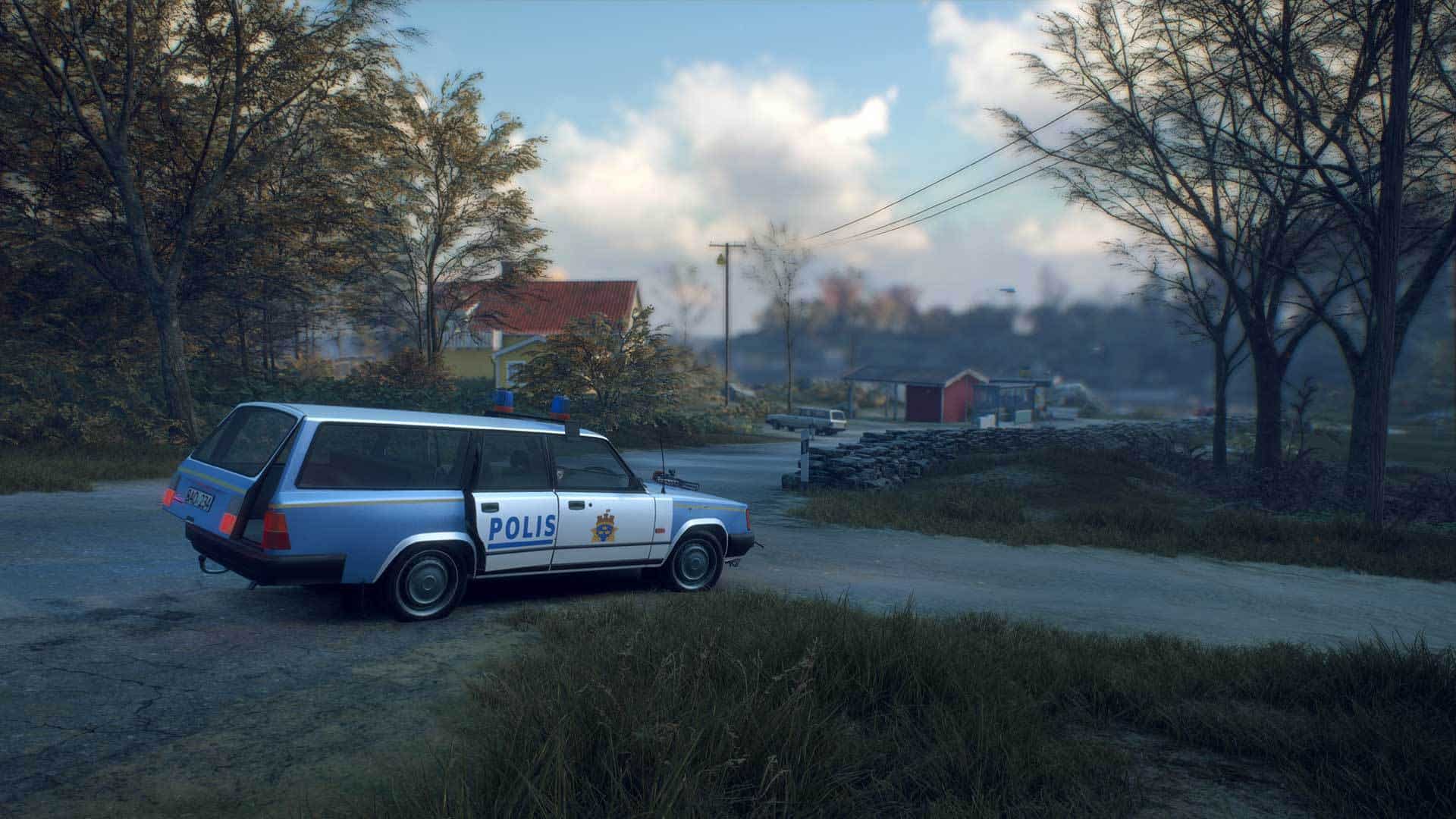 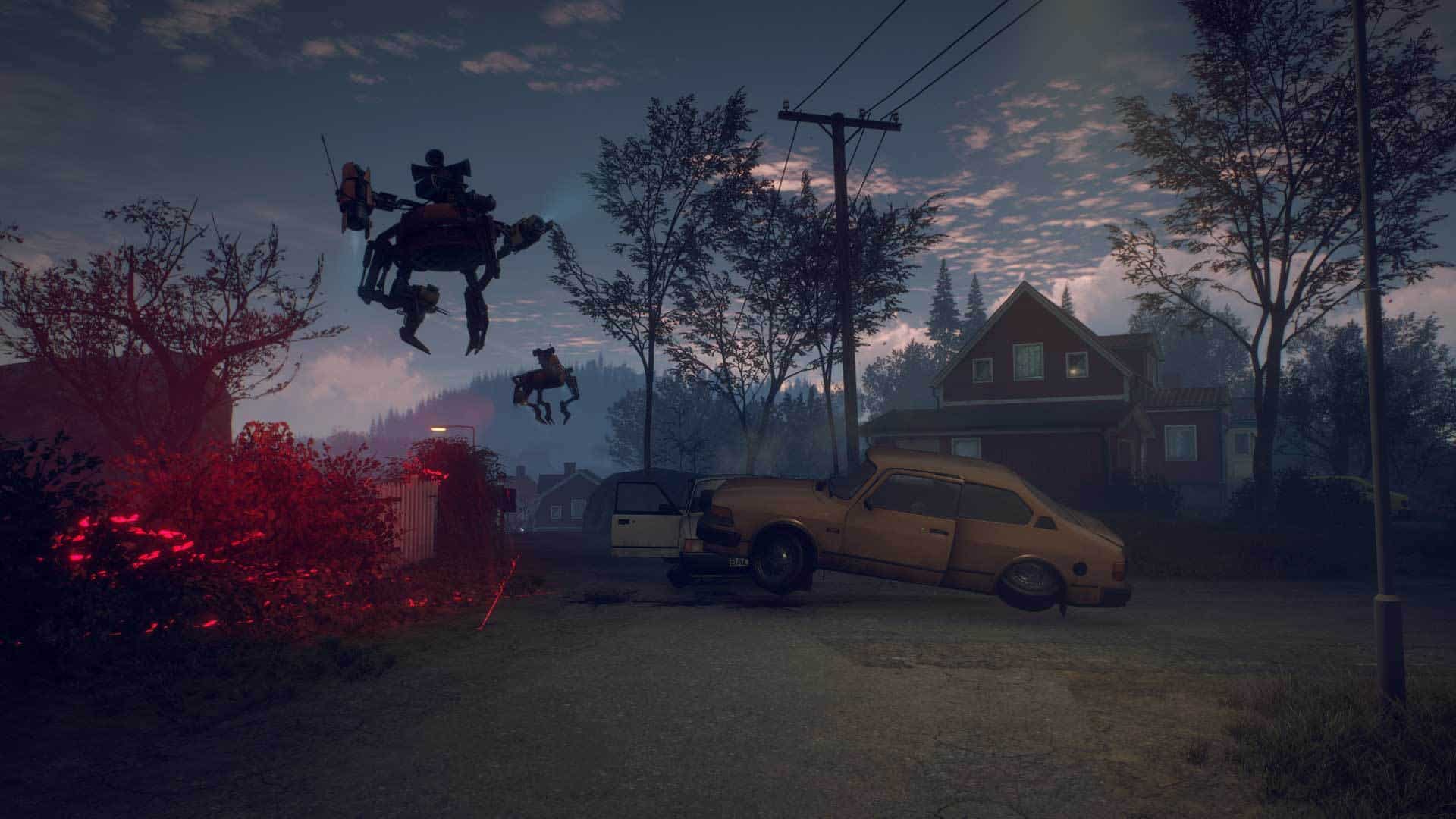 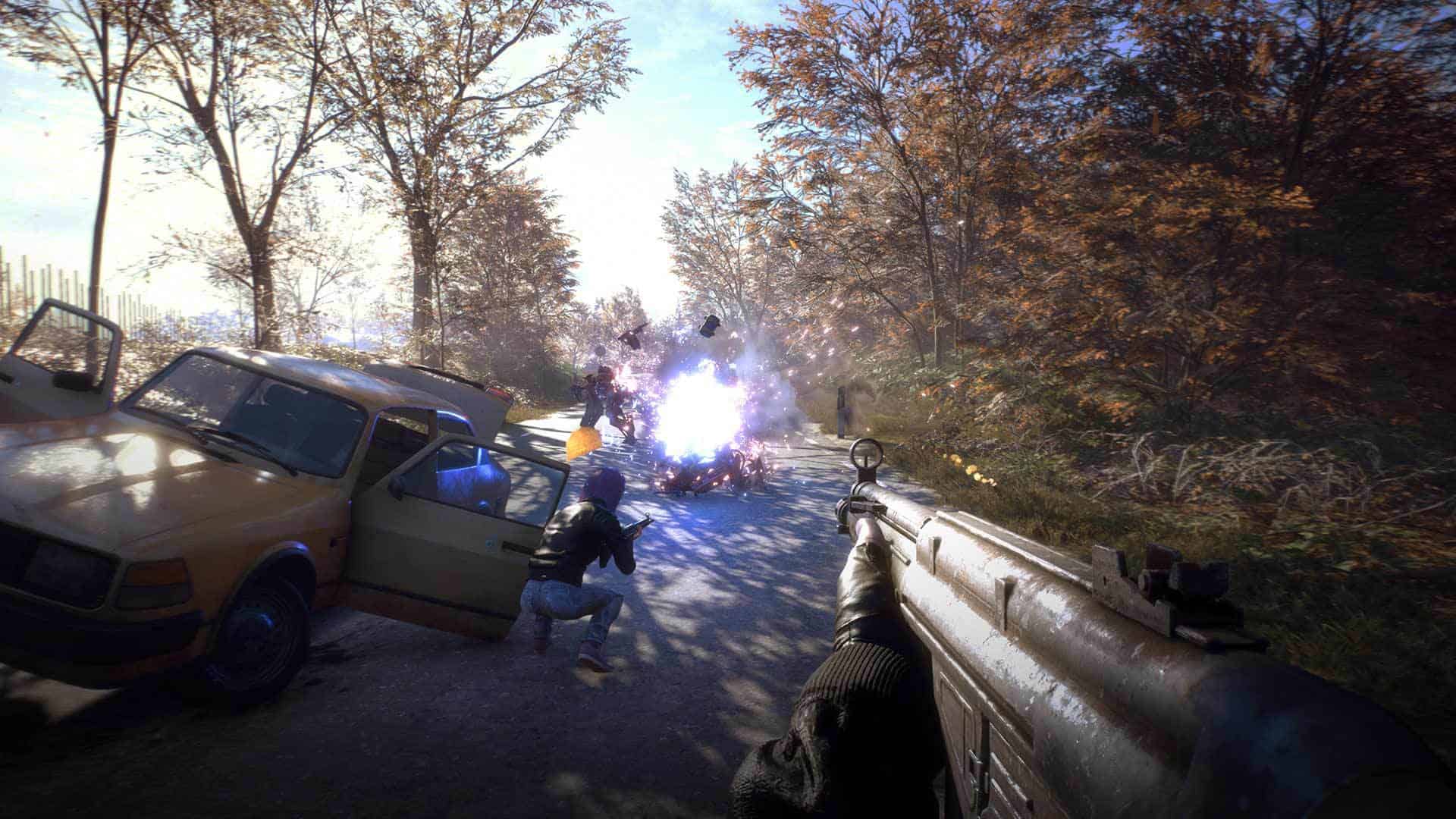 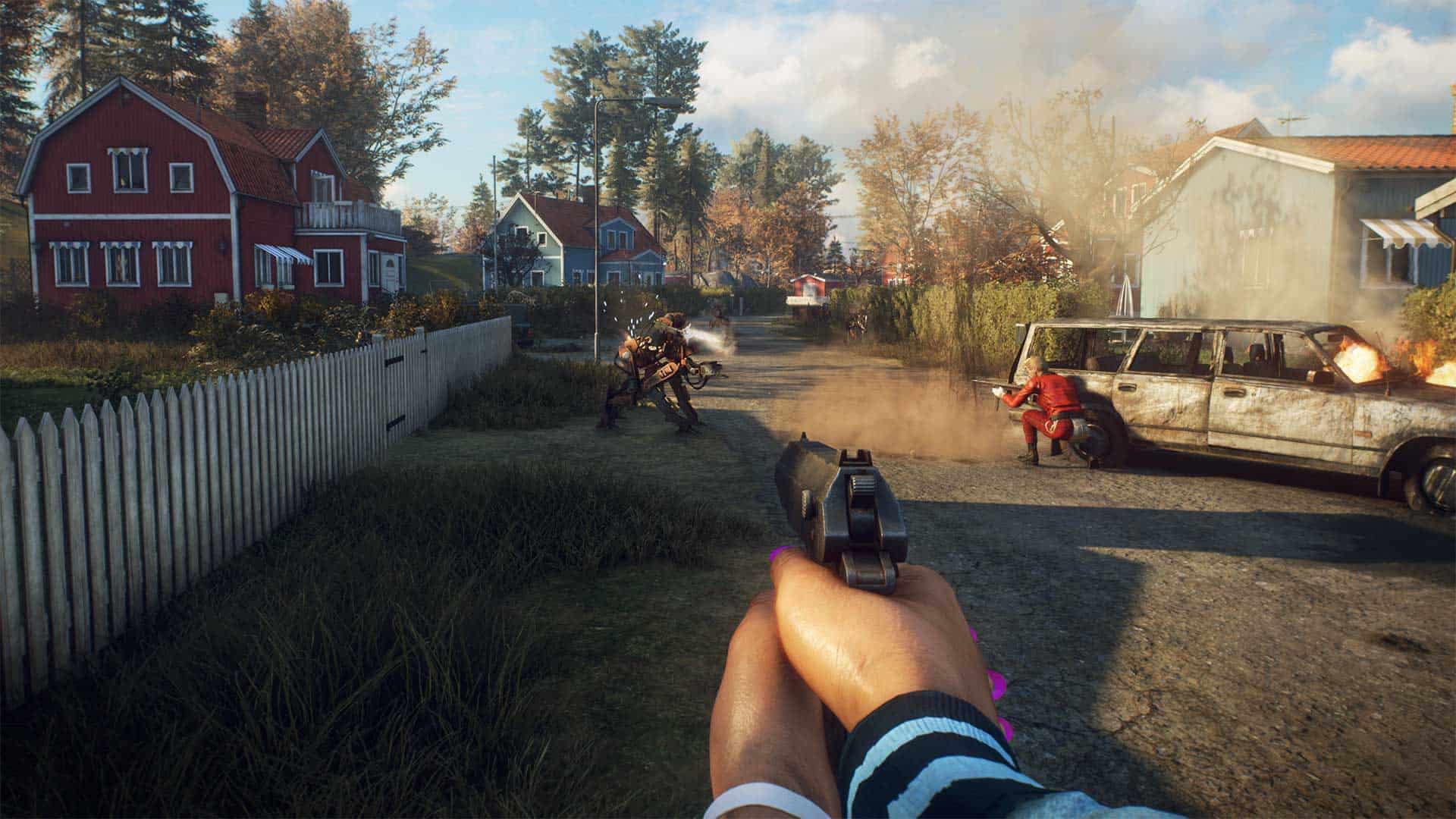 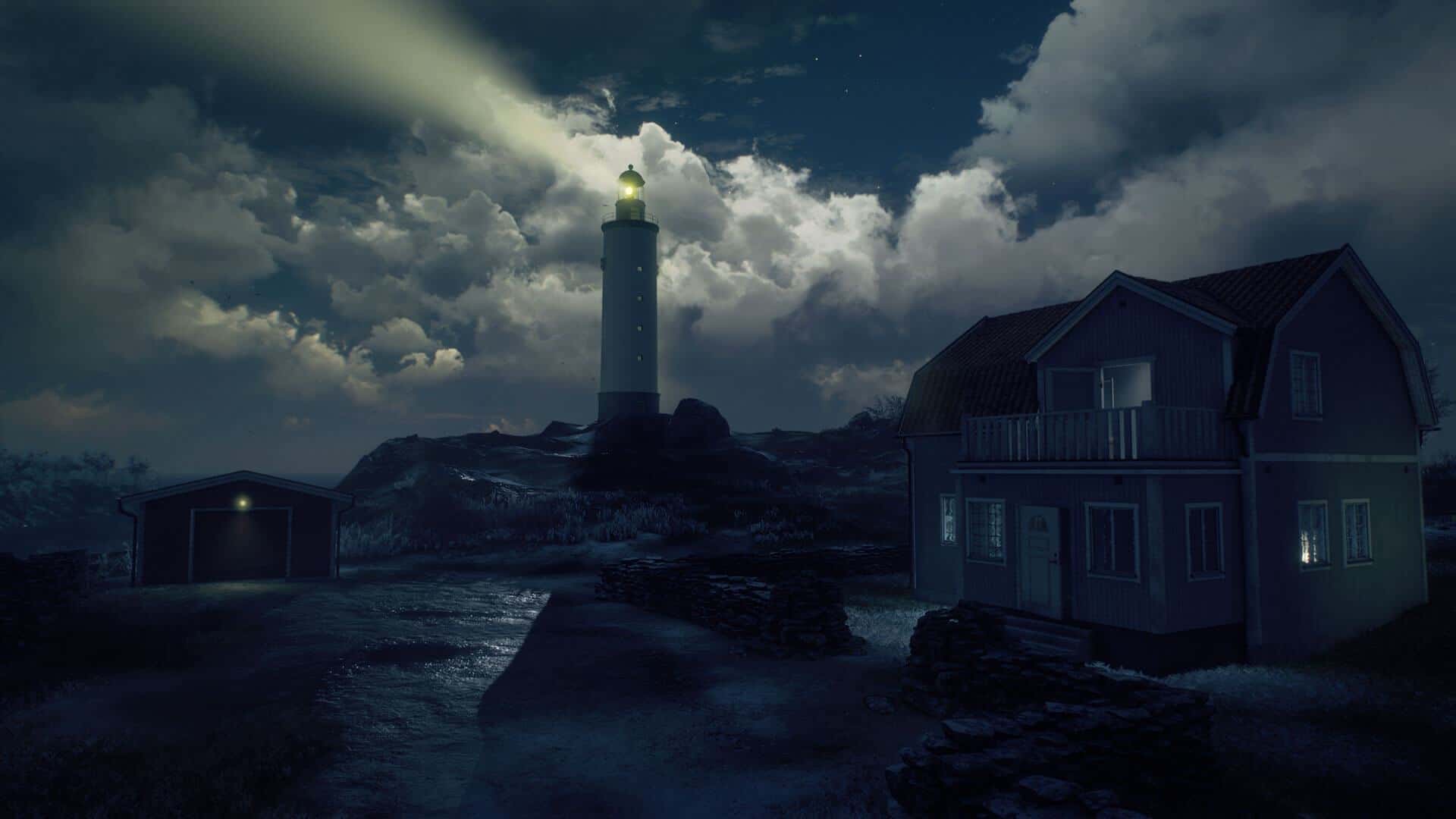 Ultimately the biggest criticism of Generation Zero is that the game just feels incomplete. It feels like a product that still requires months of playtesting and feature implementation and it makes me wonder what went wrong. In fact, entire mechanics appear to be planned for the game but not yet implemented. A stamina system seems to exist because you can increase your stamina in the game’s skill tree. However there’s absolutely no visual indicator of a stamina system at all and it’s very difficult to tell if and how stamina impacts the game. The current reviving system seems incredibly inelegant, allowing you to seemingly endlessly revive yourself on the spot with absolutely no repercussions. This means that there’s no punishment for death and no reason to be careful or play intelligently, you can literally run headfirst into your enemies and die repeatedly until you get off enough hits to take them out.

Quests bug out constantly as well and require you to quit and reload your game for the quest item to actually appear and allow you to continue. For one side-quest, I couldn’t appear to progress whatsoever. There’s also a myriad of bugs and glitches I ran into when playing solo and when playing cooperatively. One particularly hilarious glitch launched me into the air when I walked into a certain spot. It was funny, but absolutely baffling as to how the game released in this state. When you fall into water your character just kind of reappears on land with absolutely no animation to showcase what happened. There are inaccessible building everywhere that serve absolutely no purpose and the buildings that are accessible are always copy and paste jobs of buildings you’ve already come across. Even big and meaningful structures will eventually repeat somewhere else in the world. It feels lazy, unfinished, and honestly inexcusable.

“Looting seems to be a big part of this game but loot itself becomes so problematic and unnecessary.”

Generation Zero suffers from a lot of issues. I can’t help but feel like the game got lost somewhere during the development cycle and never recovered. It was never really able to define itself and what it wanted to be and it shows. Looting seems to be a big part of this game but loot itself becomes so problematic and unnecessary. Your inventory fills up constantly but there’s no way to scrap items, sell items, or store them anywhere, so instead you just leave piles of loot all around the map as you drop stuff you don’t need. It reached a point where I essentially stopped looting. I didn’t need the things the game was giving me and there was never anything particularly interesting to find, just the same bandages, flares, explosives and ammunition over and over again. When you reach a new town it tells you how much loot can be found, but why would I ever attempt to 100% an area when doing so creates more headaches than ignoring everything?

The game also doesn’t scale for cooperative play. That is, the enemies remain identical regardless of whether you are solo or part of a 4-person squad. This means that parts of the game will be too easy and other parts far too difficult depending on how many people you’ve joined up with at any given time. It’s stupid, but it’s just a small part of a much bigger issue. Everything feels half-baked, incomplete, not well though out, or pure lazy.

Generation Zero has its stronger elements, but they’re ultimately overshadowed by a plethora of issues. I like the character creation, which has a focus on teenage cliques and allows you to dress your character to fit a number of familiar tropes. I enjoy the initial mystery, loneliness and ambience of the game. The setting of the game, 1980’s Sweden, feels fresh and interesting with some fun lore to uncover about the alternative history timeline in which you live. I’m also always a fan of more mechs in video games because they make for interesting enemies. Generation Zero’s mechs have obvious weak-points that make things a little more interesting and tactical. Once you introduce multiple players, your tactical options grow even more.

All of the above positives feel so few and far between when compared to the issues plaguing Generation Zero. I don’t know if the game simply needed more development time, or if the issues are too ingrained to remedy easily. However, the game in its current state feels simply unacceptable.

Generation Zero is a challenging game to recommend. The game starts strong and creates high expectations but nothing is able to match those expectations further into the experience. In fact the longer you play the more problems you notice and the more you realise that the game simply doesn’t feel complete or coherent. I don’t think Generation Zero will be remembered fondly in the future, if remembered at all. It’s a shame because the development team at Avalanche clearly has some talent, but that talent didn’t eventuate into a good product on this occasion.