Are you ready to feel old? Phoenix Wright: Ace Attorney first released to western audiences on the Nintendo DS back in 2005. It’s well-known due to its high quality story-telling, unique spin on the visual novel genre and the large amount of spin-offs that it spawned, along with other series that modernised and ran with the trial concept like Danganronpa.

Each game features a series of trials, each across a number of days which includes crime scene investigations and courtroom cross-examination, each with its own interesting story and witty delivery from everybody involved. The writing is stellar, complimented heavily by the quick camera movements, simple (but effective) animations such as slamming a desk or pointing dramatically. Phoenix Wright as a series always did an amazing job of balancing genuinely funny moments with the more serious tone that’s required given that, you know, murders are involved. The characters are memorable and interesting, even without voice acting their personalities shine through with facial expressions and clever additions to text boxes during dialogue.

“…it’s still very satisfying bringing criminals to justice with an “OBJECTION!” or a “TAKE THAT!”.”

The gameplay loop is pretty straight forward, investigating crime scenes, talking to people and gathering evidence before heading into witness interrogation, as you use the clues you’ve found to point out inconsistencies and contradictions in their statements. They start off easily enough in early trials but do begin to challenge you, with more vague testimonies. Sometimes this makes things a little too obscure, to the point where links between evidence and dialogue intentionally grasping at straws, which can be frustrating when you don’t choose the exact link that the game is asking for at the right time.

Even though you may be able to telegraph that evidence will become super useful during a trial, you’re not able to reveal it until the exact right moment is presented. Still, it’s very satisfying solving these cases one step at a time and bringing criminals to justice with an “OBJECTION!” or a “TAKE THAT!”.

The graphics have also been sharpened so that they look crisper on HD TV’s, which means visually the games look pretty good despite their age (after all, it’s mostly hand-drawn characters on screen with static backgrounds anyway). I also appreciated the rumble on my Switch when a desk is slammed or somebody reacts in a dramatic way, which happens often. 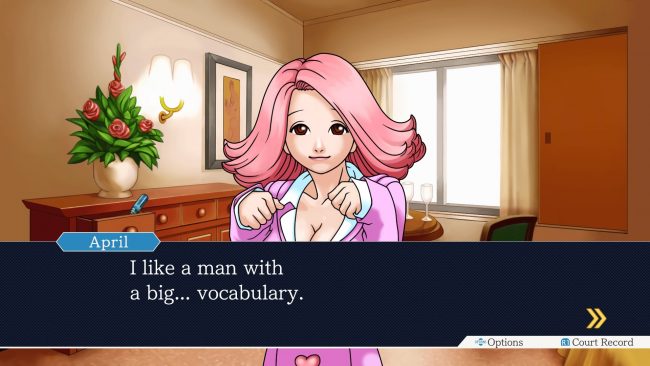 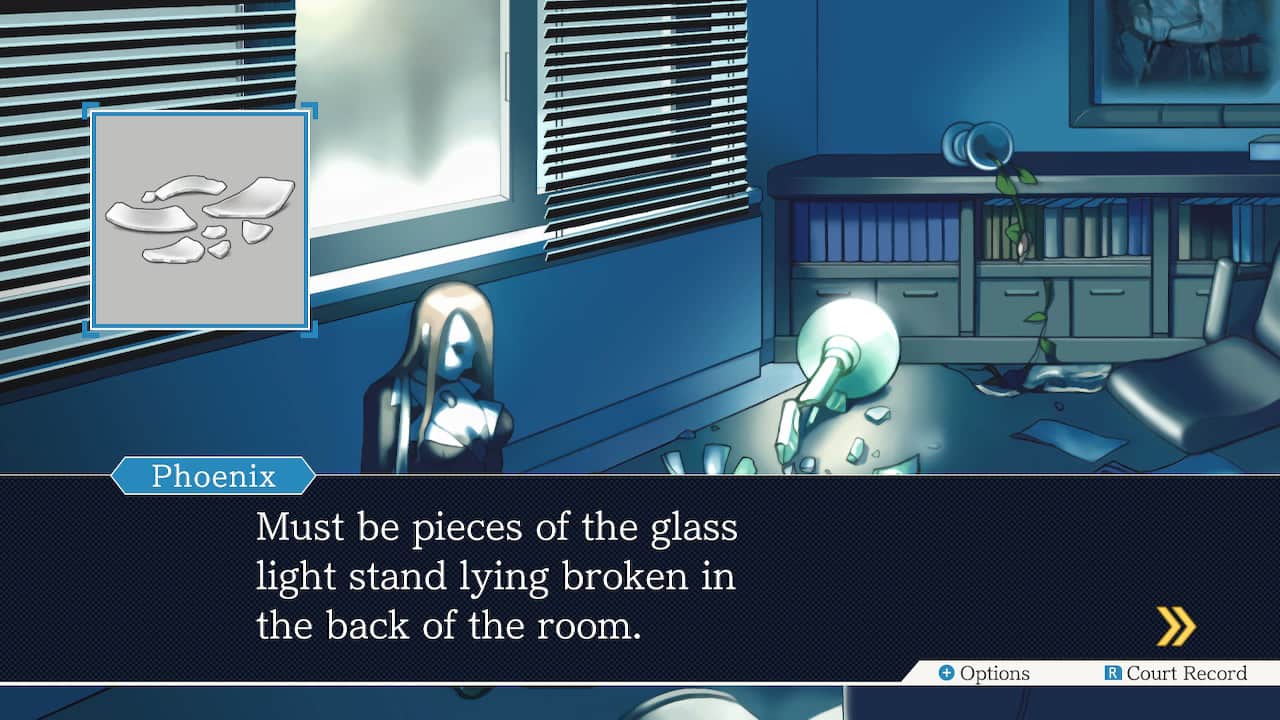 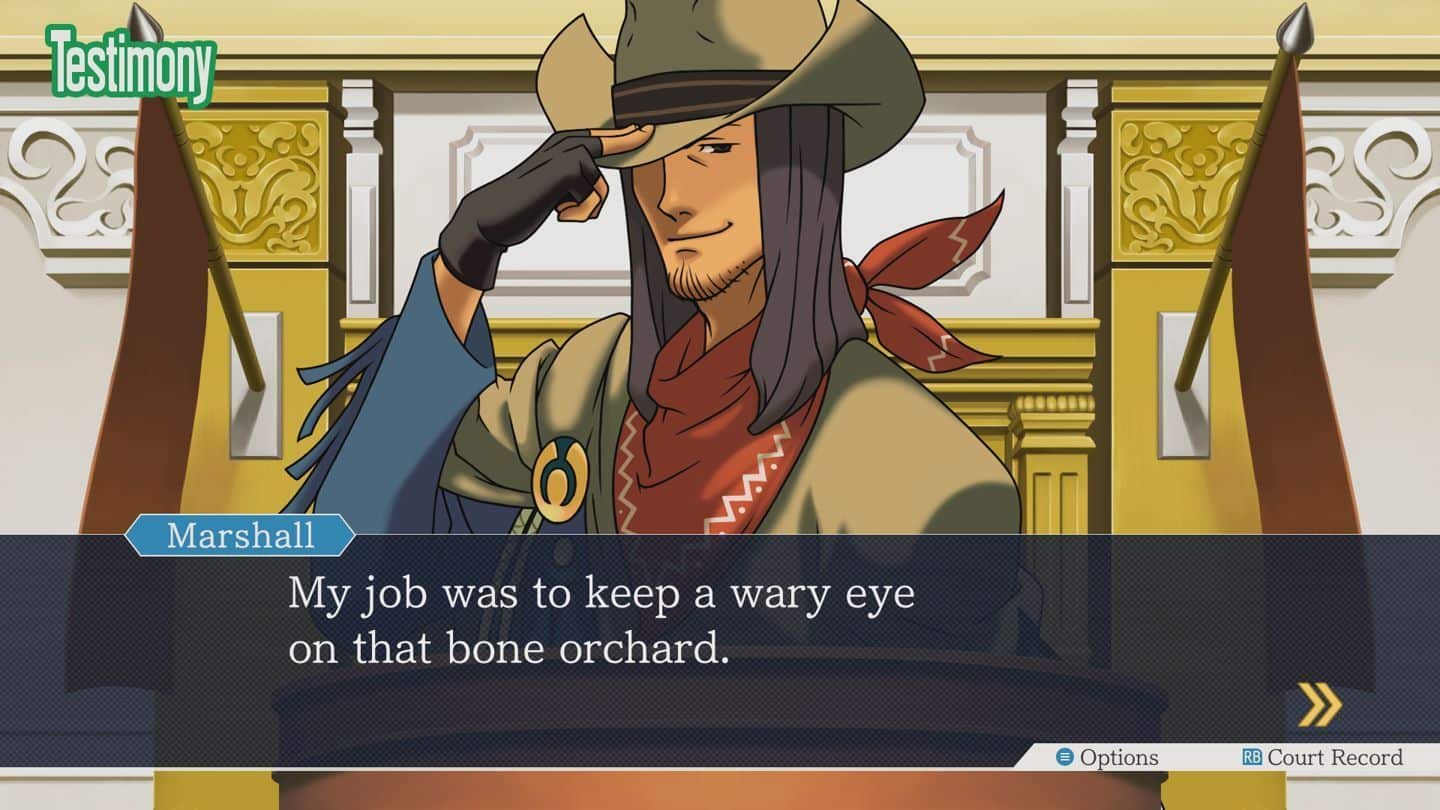 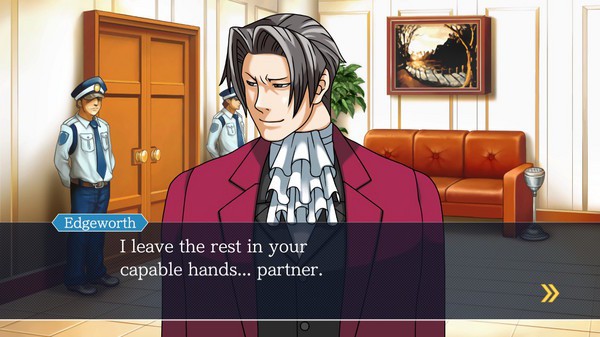 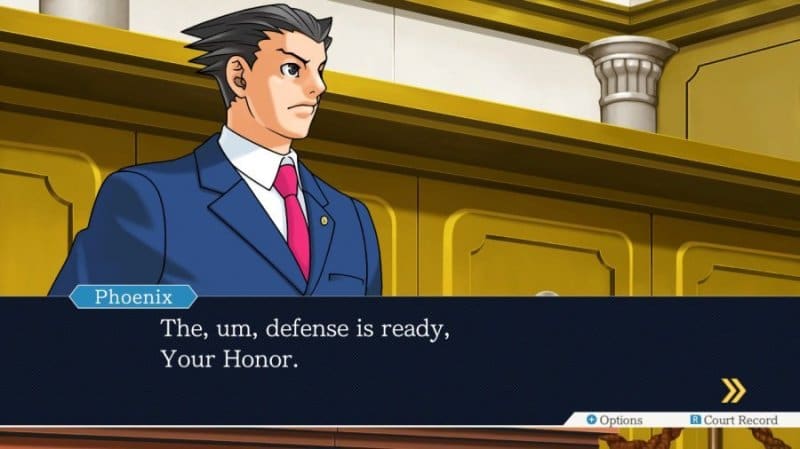 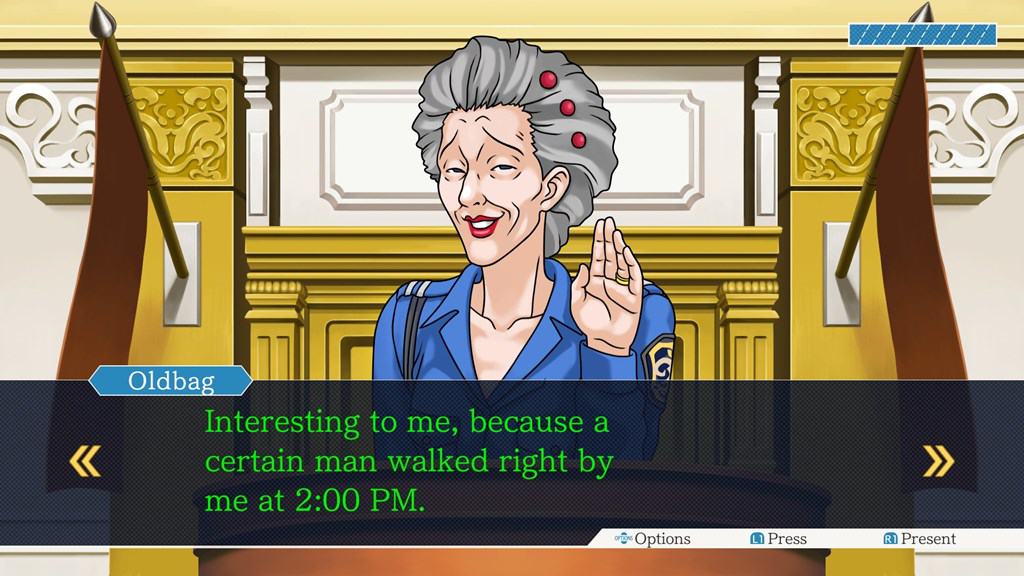 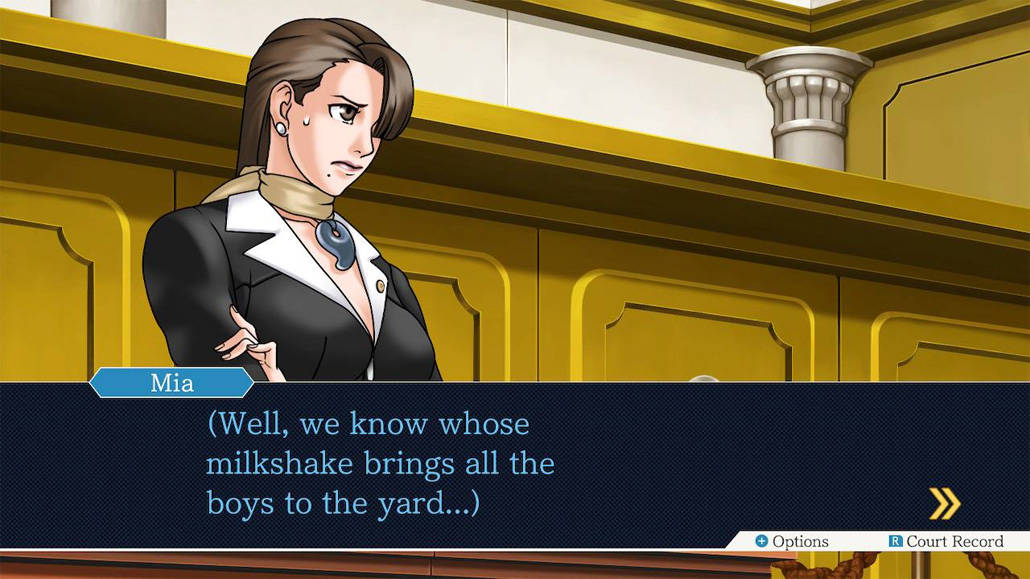 The trouble is, as engaging and fun as Phoenix Wright remains to be today, there is nothing really here to bring back fans of the series who have played them before. This is basically a port of the trilogy that was released on the 3DS back in 2014, which featured three great games that released on Nintendo DS a long time ago after being ported over from the Gameboy Advance in the first place. It would have been great to see some new content, bonus features… anything really that would make this more worthwhile for fans to play through again. Without it, it’s just a solid collection of games you may have already played on a new platform.

It may be rigid or a little bit too obscure at times with its conclusions, but the various chapters of the Phoenix Wright: Ace Attorney Trilogy are incredibly entertaining, well-written visual novels that stand the test of time and continue to be endearing almost twenty years after the series debuted. If you’ve never played the court-room drama before, I’d highly recommend it if you’re a fan of the visual novel style with sharp writing and interesting stories. Fans who have played the original Phoenix Wright trilogy previously however may be disappointed in the lack of new content found in this collection.