It’s clear from the opening moments: my time with Trüberbrook was destined to be zany, trope-filled fun. It’s hard to ignore after all, the first scene sees us discover Gretchen, a paleoanthropologist that arrives at an abandoned gas station due to her motorbike breaking down. The area, like much of the game, is a set piece that effectively showcases the brilliant and real model scaling. This work is reminiscent of designs like the classic Wallace and Gromit. You continue through this gas station, piecing together how to get your vehicle running again. Along the way smart and fun little quips are made by Gretchen, something that isn’t unfamiliar to but celebrated in traditional point and click adventures. It’s in this opening moment that sets the scene for the rest of Trüberbrook’s story, and just how much charm I had myself in for.

Cut now to a bus, following a beautiful, picturesque cliff-side road. The road snakes back and forth as we’re soon to be introduced to the town of Trüberbrook, in its 1960’s Germany setting. It’s hard to believe that imagery like this was just done with models and some rendering, achieving a unique blend of pop style animation with pretty but plausible geography. It helps the audience to be further immersed in the game, with every set looking as if it were from a painting.

We’re introduced now to our hero, a young american physicist by the name Hanns Tannhauser. Unique names and descriptors such as this serve purpose and compliment the story,  establishing a pulp setting that we’ve seen hints of before in pop culture. Trüberbrook isn’t shy about this though, it’s reminiscent of series such as Twin Peaks. Hanns goes as far as to record logs that are later to be sent to someone named Beverly. With Twin Peaks’ Dale Cooper doing something similar in its run to his Diane, this decision isn’t subtle. The game even prides and advertises itself as such, a homage to pulp mysteries of years past. This mechanic of Hanns making notes to his recorder provides and opportunity of quirky and fun lines of dialogue. 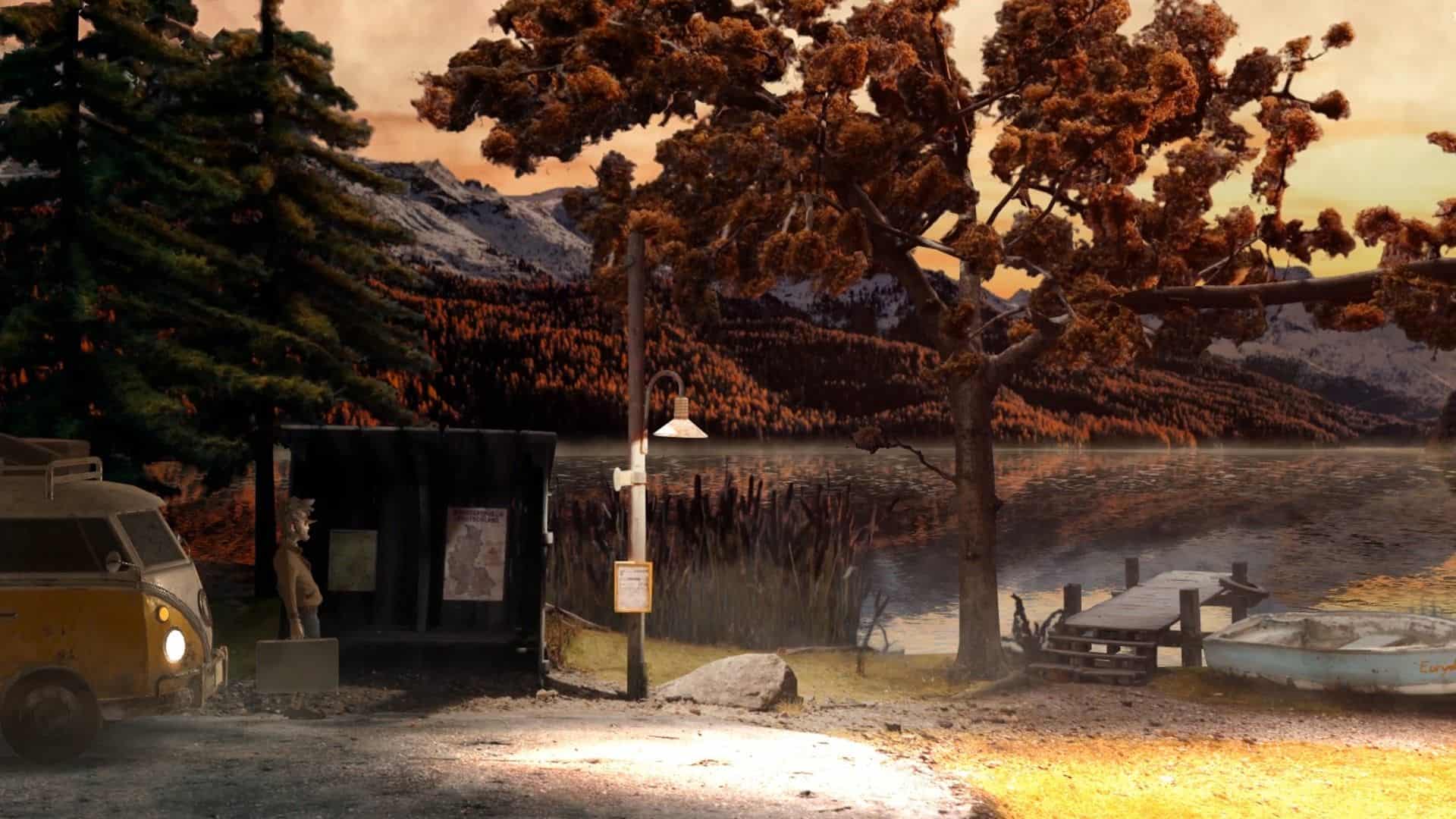 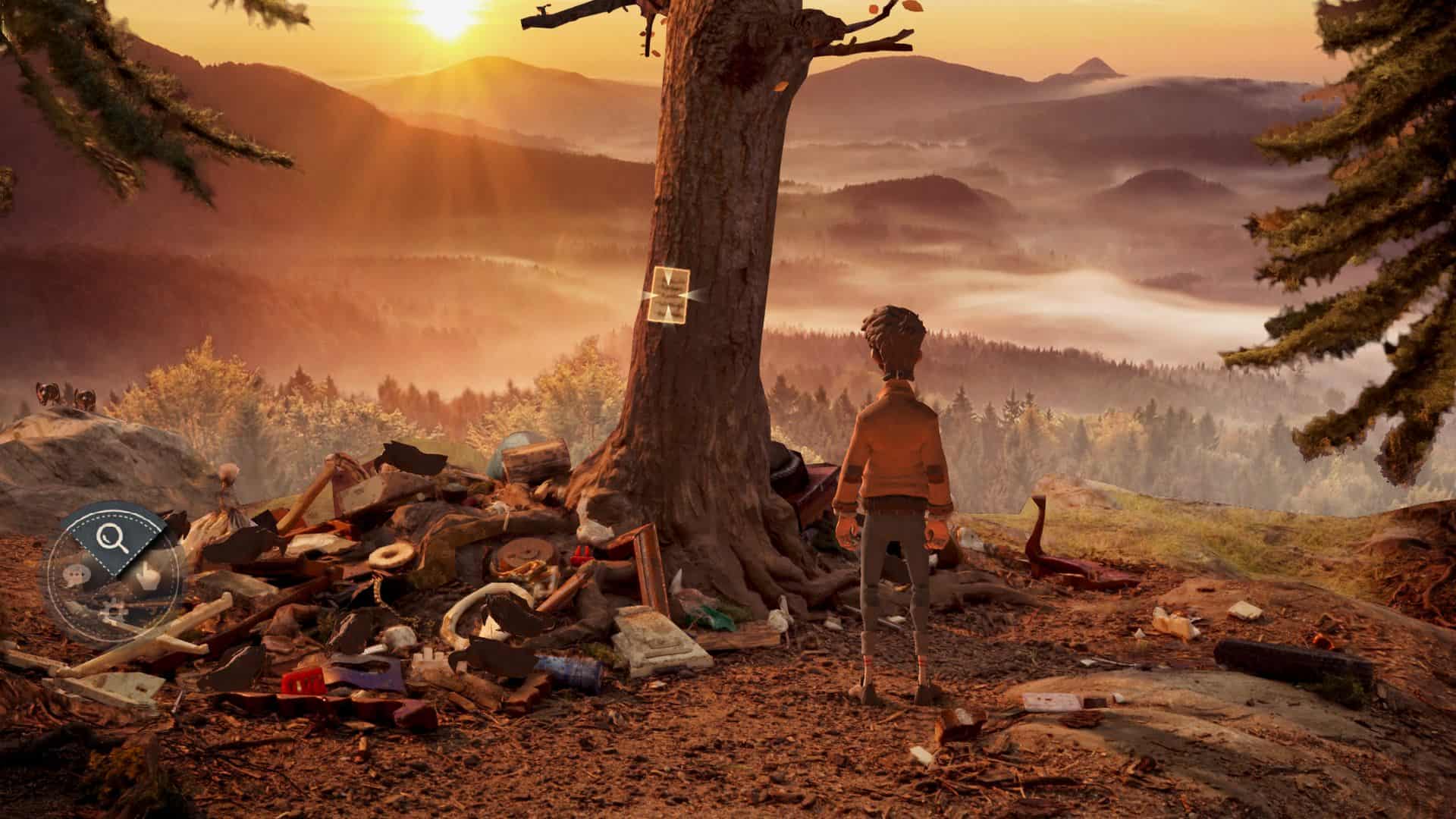 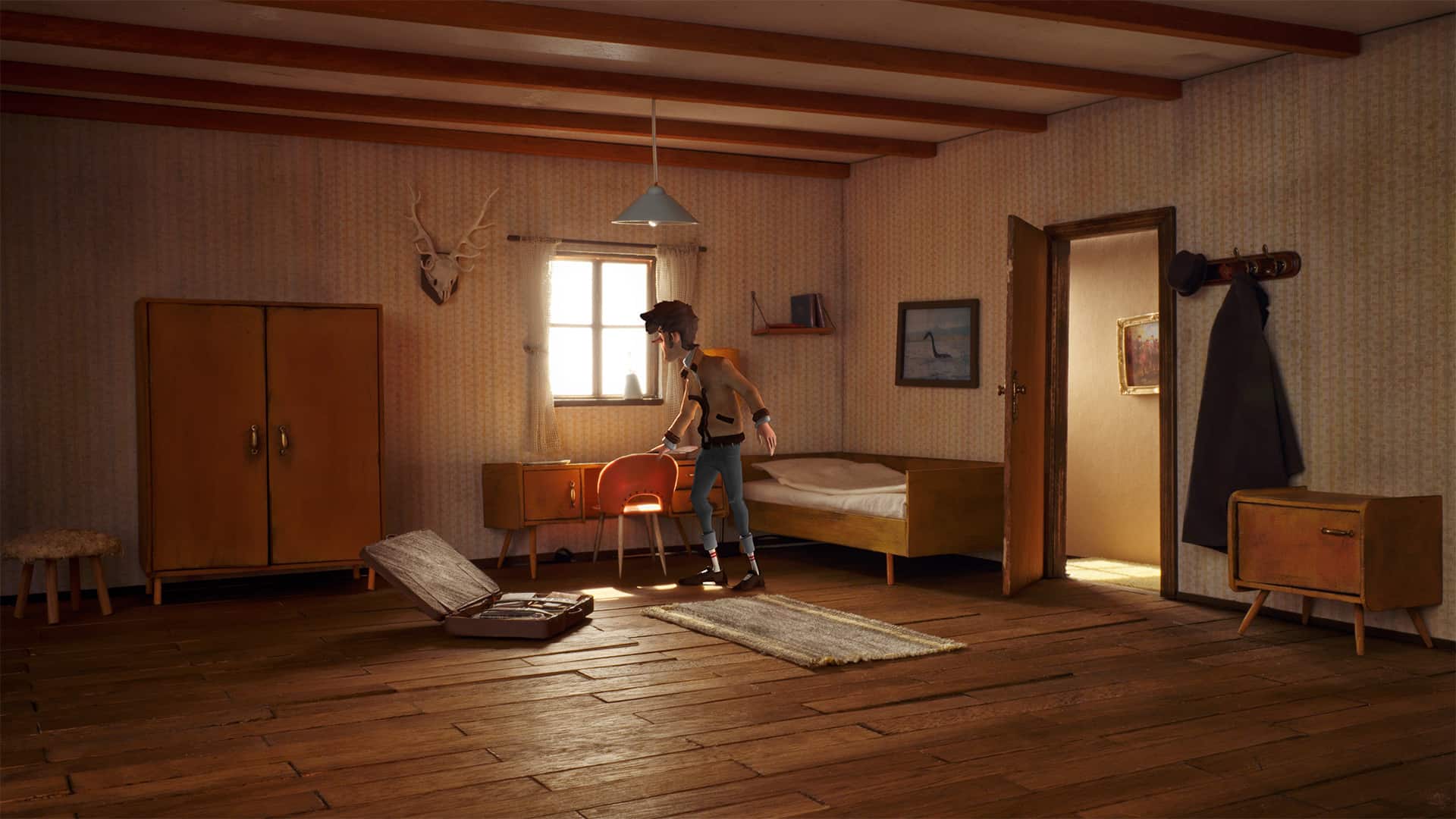 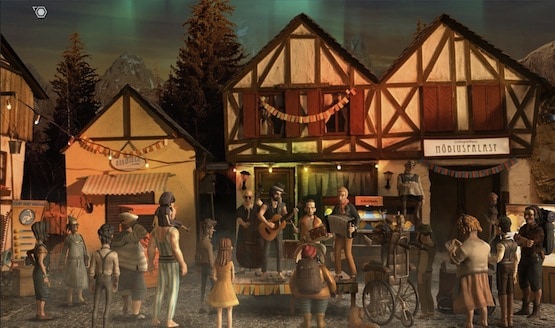 Throughout the many twists and turns of Trüberbrook, this humor is an element that remains shining throughout the game. Meta jokes are made about a coin “falling into” Hans’ pocket inventory, a reference to Fallout appears, and far more laughter is to be had with this game. Trüberbrook even goes as far as to use some of this humor in its puzzle solving.  Make no mistake: there are interesting and fun ways to progress through the game and solve its puzzles. These moments are not few and far between.

“Some of these puzzle solutions work and come as second nature to you while some will leave you scratching head.”

Trüberbrook doesn’t do much to innovate the point and click adventure genre but it does enough. You can examine objects or people as well as interact with them. Additionally, combining items and communicating with an individual or recording a log for Beverly can also prove results. These options leave the player thinking logically about what the best cause of action is to progressing. These mechanics, while not revolutionary or game changing, make some of the games mysteries fun and exciting to unravel.

Trüberbrook is a special game that may in nature not be loved by all but between its cast, humor and excellent setting, developer btf have truly made something special here. It may at times for some be over-reliant in its tropes but its safe to say nearly no player will turn their nose up at this game. It’s ending and twists will grip players, wrapping the title up in a nice neat little bow. Trüberbrook is a mystery worth solving, indeed.