Imperator: Rome Review – A sea of numbers begging you to dive in

Imperator: Rome is a grand strategy game developed and published by Paradox, and released in full on the 25th of April. Like its name implies, the aim of the game is to run your empire and expand it through diplomacy, trade, and warfare. You can choose to play as Rome, Egypt, Carthage, Macedon, Seleucids, or Phrygia, and each nation comes with its own perks and challenges.

The first thing that stood out to me when I played Imperator: Rome was the sheer size of the map. The game covers an area from England to India, and every inch of the map is covered in smaller nations that all have their own attributes. Seeing this patchwork of nations immediately revealed to me just how many stats were available. Zooming out on the map felt endless at first, and when clicking on even the smallest nations, I could see details of who ran the empire, what resources they had at their disposal, and if they had formed any diplomatic alliances at the start of the game.

In your own empire, there is a myriad of things to keep track of. Aside from managing your army, you will need to keep an eye on characters in senior political or military roles, your empire’s population units (which each have their own religion and cultural characteristics), and your economy and treasury. All these factors will in turn influence your empire’s stability which, if it falls below a certain point, will affect your popularity, tax rate, and the loyalty of your subjects. A low stability rate makes everything a lot harder for you as a ruler; when playing as Rome, for example, you will need the approval of your Senate before you can go to war with another nation, as well as a casus belli. If your stability isn’t high enough, your senate may prevent you from going to war. If you do decide to go to war without a casus belli, this can have consequences for your empire’s stability going forward, as well as your tyranny rating.

“This rich web of characters, stats, and events is undoubtedly where Imperator: Rome shines.”

Similar to Crusader Kings, there are also individual characters in the game that you need to keep track of. These characters can fulfil political roles or head up an army, and all have different characteristics. Based on your actions the loyalty, individual popularity, and inclination towards corruption of these individuals can change. While you do have the option to discard this entirely and execute, banish, or imprison individual figures, this will impact on your tyranny rating as a ruler, making the game more difficult in other respects.

This rich web of characters, stats, and events is undoubtedly where Imperator: Rome shines. Aside from an array of factors you need to keep an eye on, and consider when making decisions, the game will also throw you unexpected curveballs. Characters can not just become disloyal, but also age, rebel, or die unexpectedly. At one point, the game merrily informed me that one of my Roman consuls was now suffering from arthritis. Shortly after, he suddenly died, and I was forced to find someone else to appoint who wouldn’t do a terrible job. In this sense, I enjoyed that Imperator: Rome’s political system kept me on my toes. Even when I was focused on conquering territory in a completely different area on the map, the game still forced me to engage with its political system.

Imperator: Rome’s combat mechanics also have countless stats available. Depending on which nation you choose to play as, you can build a bunch of different units for your army, provided you have the resources to create them. As Rome for example, I had the option of creating infantry, chariots, and mounted elephants or camels. Each of these units has their own advantages that can be useful for aggressive or defensive tactics. By looking at your opponent’s stats and units in turn, you can scope which units and resources they have at their disposal, and what kind of strategy would be most useful. You are also able to pause the game in combat to consider your next move, which, similar to Paradox’s previous Europa Universalis games, is something the game’s interface seems to encourage players to do. Pausing the game also makes strategizing remarkably easier, as the notifications about character’s appointments, achievements, and sudden deaths will continue throughout the game. 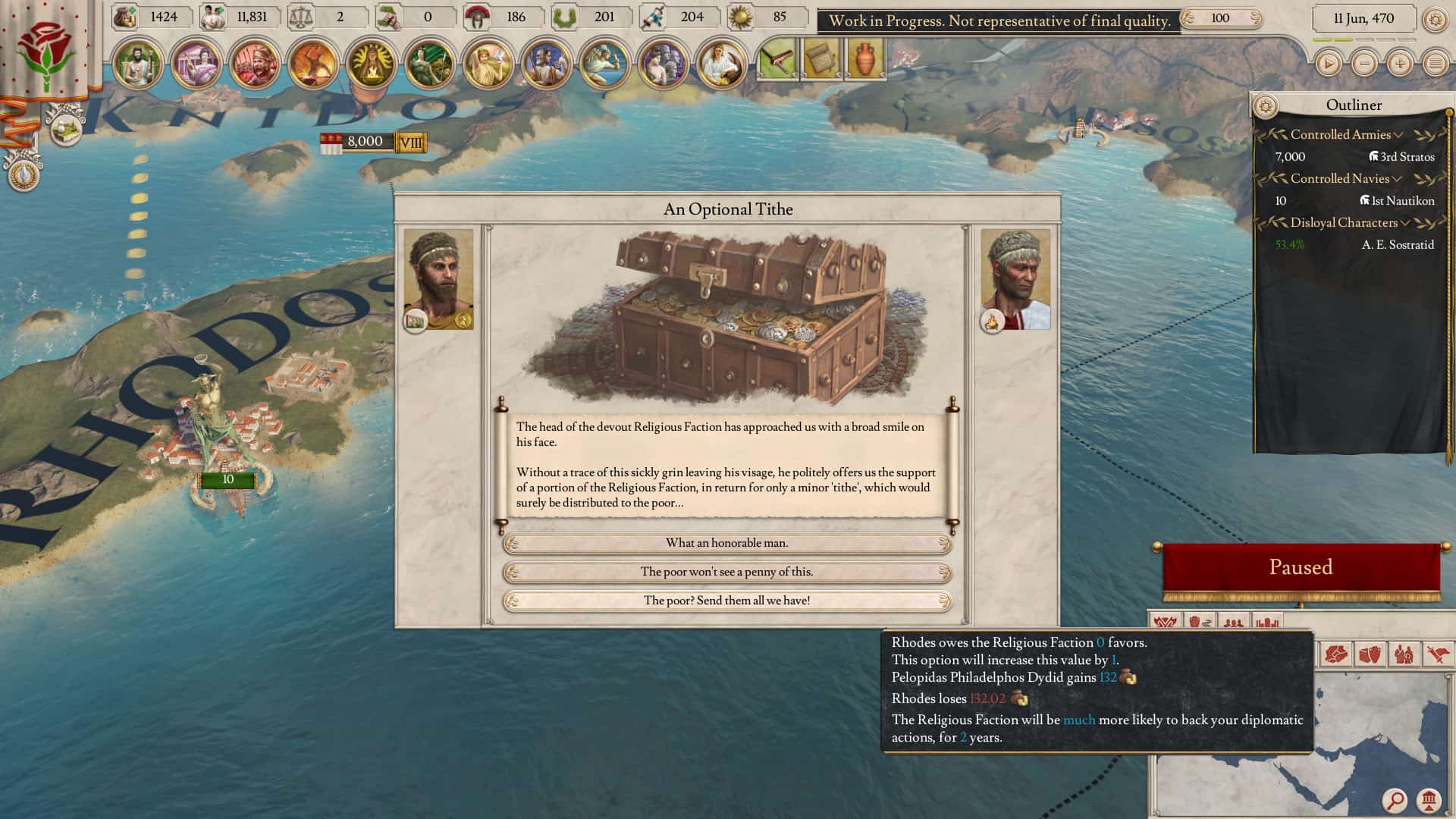 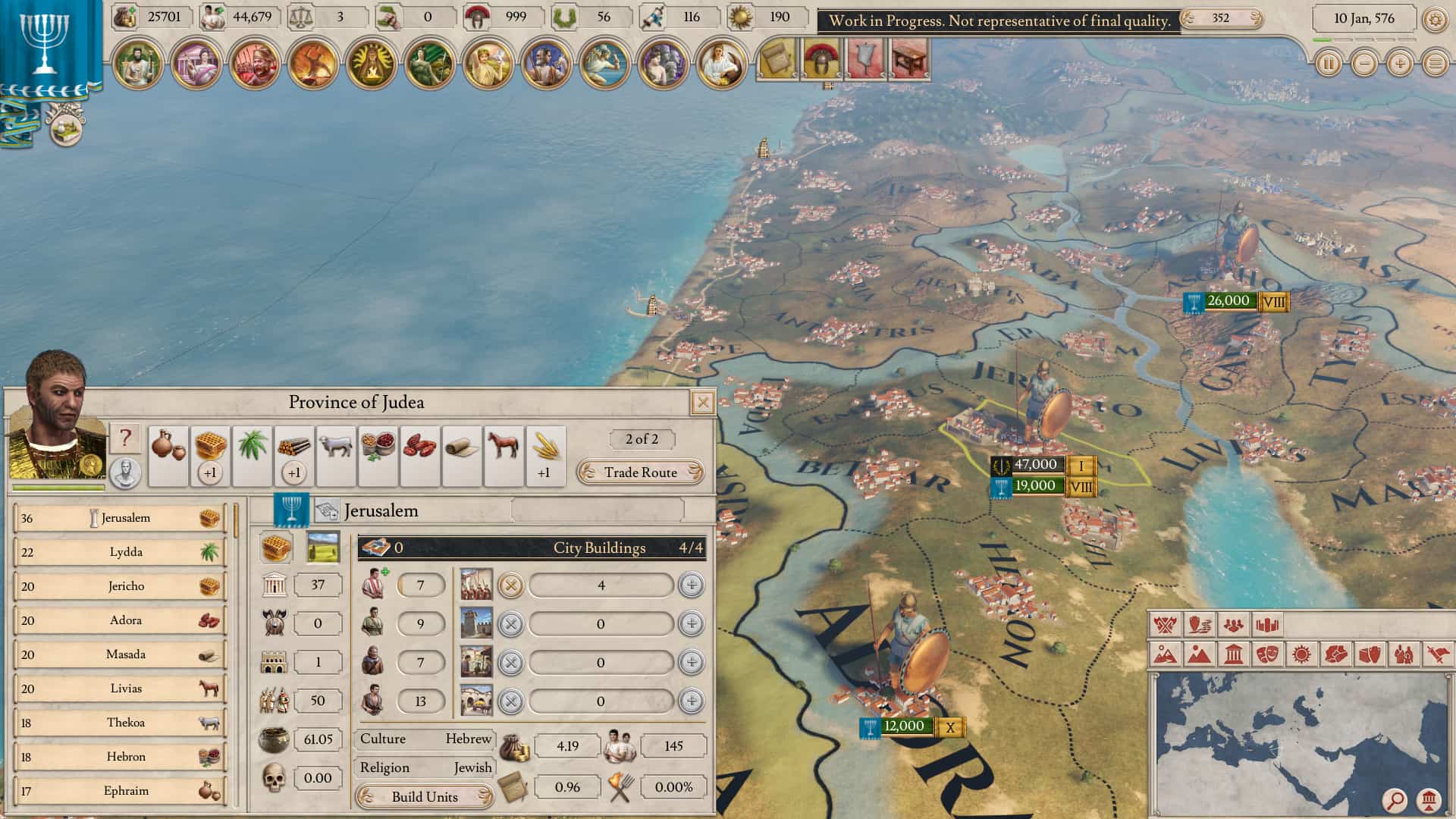 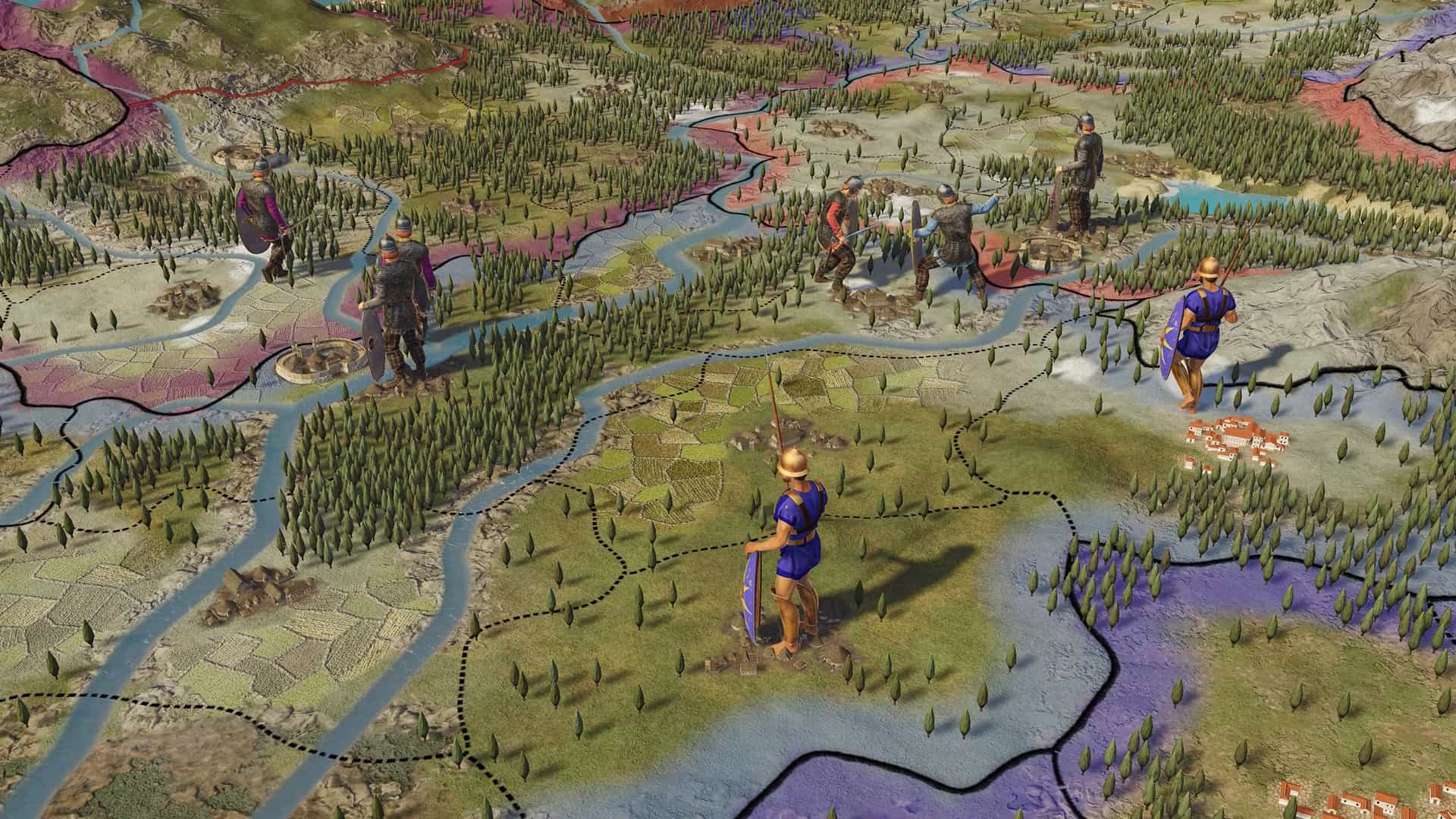 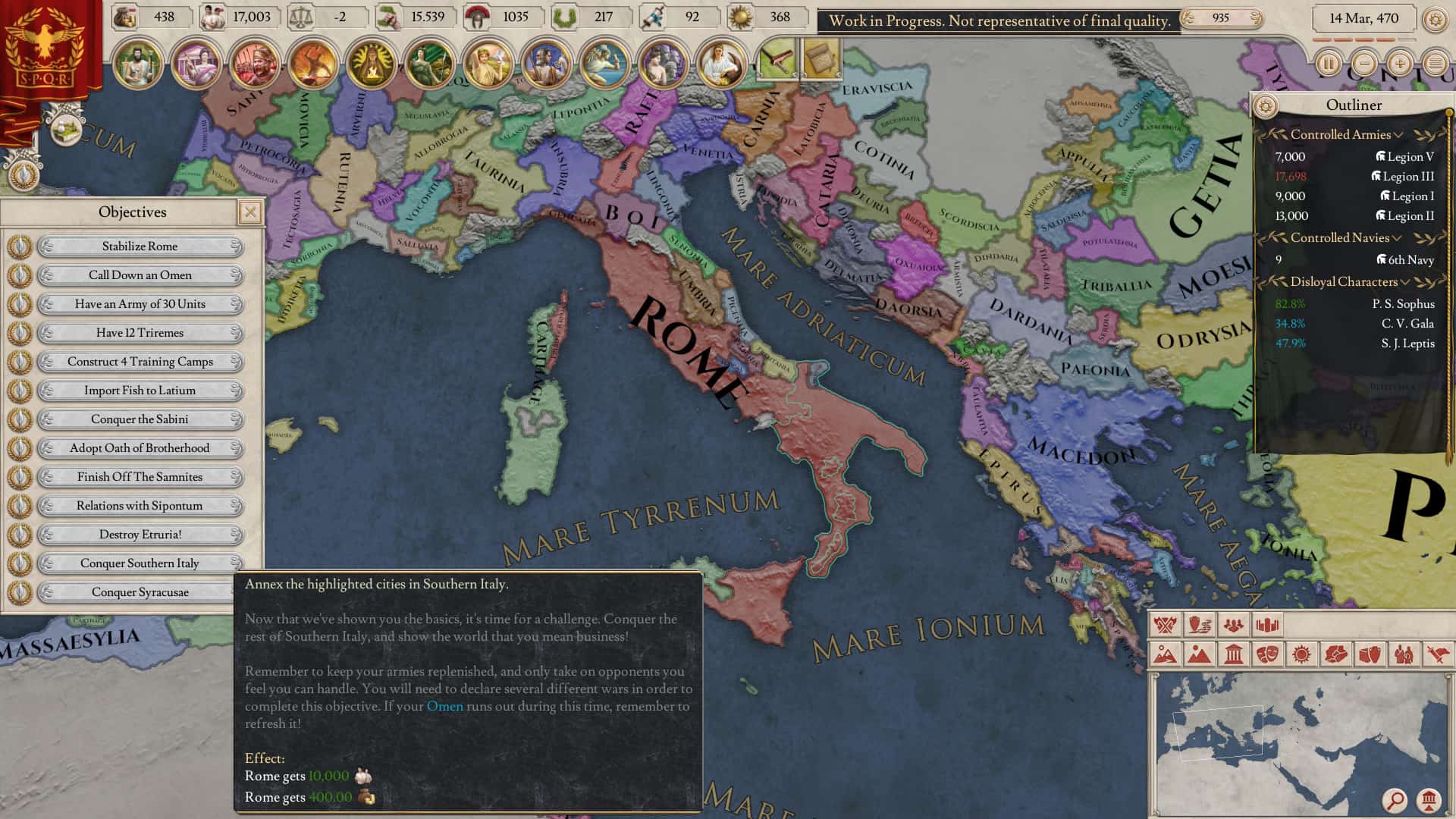 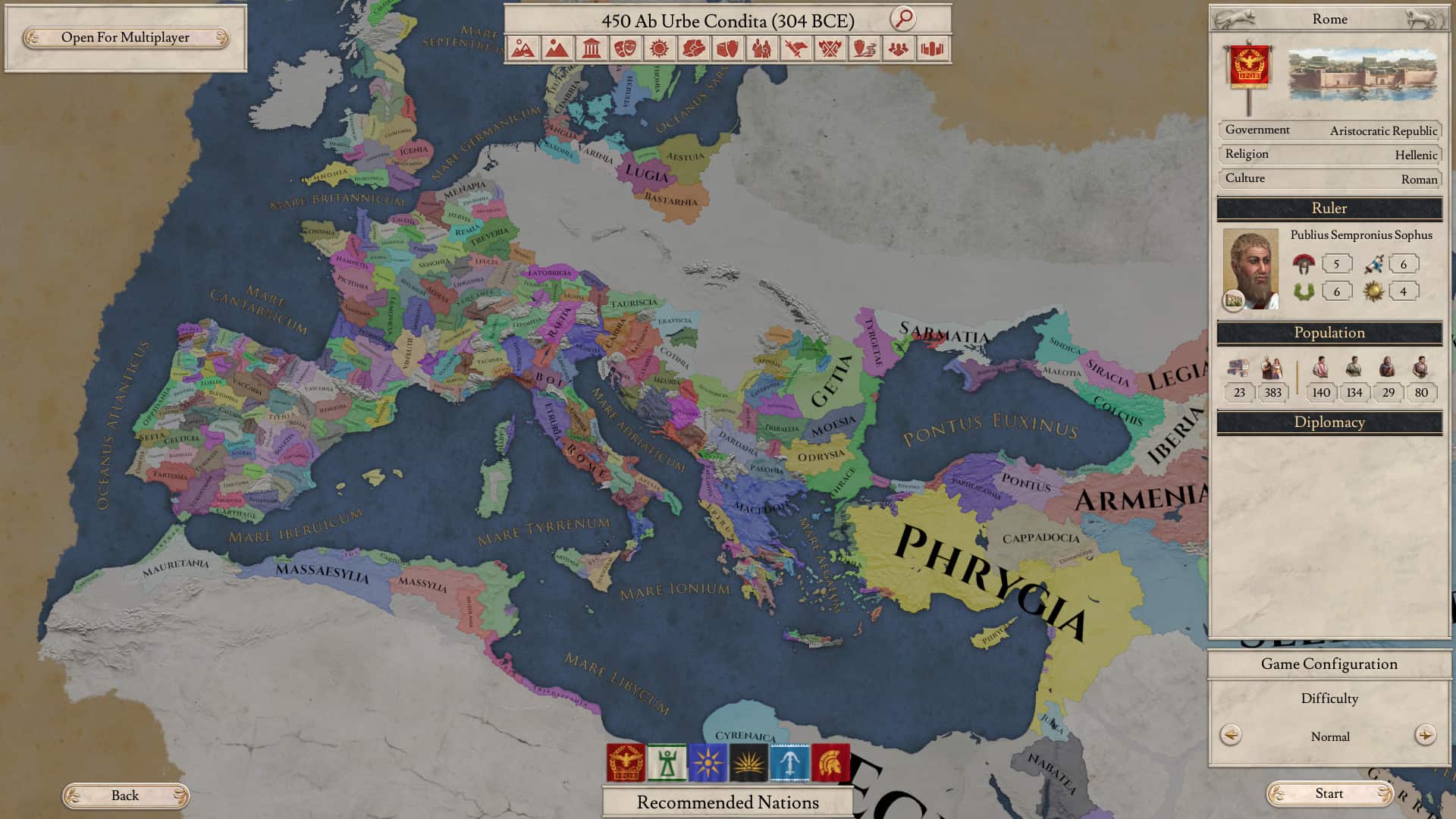 After a few hours of playing, I felt like the gameplay mechanics Imperator: Rome adopted from Crusader Kings and Europa Universalis made for a more engaging and complex gameplay experience. The character mechanics did not feel like they overshadowed any in-game combat and vice-versa, which made it an interesting and refreshing strategy game to play. In essence, Imperator: Rome is still a true military strategy game with the overall goal to expand your territory as much as possible. Although the combination of its political and combat system also created a fast-paced and chaotic gameplay experience that will have you making decisions on-the-fly. I enjoyed this aspect of the game very much, since I felt it reflected the reality of running an empire: it would never be smooth sailing 24/7.

At times though, the enormous amount of stats available could make the game feel overwhelming, and Imperator: Rome’s sober interface could make it hard to find certain information. On top of this, there are so many small numbers available that it can feel hard to distinguish which ones are relevant and which ones aren’t. Even after completing the game’s tutorial, I was left with little understanding of which numbers mattered, and it is likely that any new player will take a while until they truly come to grips with every number available in the game.

Imperator: Rome may be challenging to new players although this doesn’t mean that the game isn’t enjoyable when you first dive in. With its captivating characters, nations, and combat mechanics, Imperator: Rome will have something for everyone. The game’s tutorial covers the basics very well, and it will certainly provide you with the tools to get started right away and figure out the rest as you go. If you are not satisfied at that point though, Paradox has also released an in-depth YouTube series on how to play the game, offering bite-sized videos in which every feature is broken down. This is a remarkable improvement compared to the previous Europa Universalis games, which left players with little indication of how to get stuck into the game and presented beginners with quite a high knowledge barrier to get past.

Overall, Imperator: Rome is an incredibly impressive grand strategy game with incredible depth. While the game may take a while to crack, it will surely deliver an intriguing and layered gameplay experience for anyone who enjoyed titles like Civilization and Total War. If you’re a history buff and you’re not put off by the sea of numbers, this game will be a joy to play.