Total War: Three Kingdoms is a strategy game developed by Creative Assembly and published by Sega. The game is the latest addition to the Total War franchise, which comprises games that are a mix between turn-based strategy and real-time military battles. For anyone who has never played a Total War game before, there can be a lot to wrap your head around. But where previous generations could have a complex and sometimes overwhelming interface, Total War: Three Kingdoms offers sleek and beautiful menus and scenery with info overlays that are seamlessly integrated and help tell the game’s story.

Set in China in a bloody period of civil war between 184 and 220 AD, it is your job to either unify the country or to divide it further and conquer your foes. You can choose to play the game in either Romance mode or Records mode. While Romance mode embraces the romanticised version of history, complete with legendary characters and epic battles, Records mode sticks to the known historical facts. I chose to play in Romance mode as I found the idea of legendary characters and stories alluring. I was also keen to see how it would affect my gameplay experience and was happy to discover that it made for an engaging game.

Firstly, when starting your campaign, you will have to choose a campaign leader. This is an individual character leading your faction, and each leader has their own perks and challenges when it comes to their starting position. While a character like Cao Cao, the game’s recommended character for beginners, comes with a territory (named a ‘commandery’ in-game) and an army, for example, other characters might have one or neither at the beginning of the game. Aside from your starting position, your chosen character also influences your interaction with other factions and characters in your court.

Each individual has certain traits and talents that can help or hinder the running of your empire. When building an army, for example, or appointing an individual to a prestigious position in your court, it’s important that you choose someone with the right temperament for the position. Some characters might have traits that provide bonuses when they’re a general in your army but hold you back when you appoint them as an administrator in one of your commanderies.

Your generals, administrators, and court nobles also interact with each other, and certain events will cause two characters’ relationship to change, which can in turn affect your diplomacy stats. Two generals might befriend each other in battle, for example, or your character might share wisdom with someone at court. Other characters might be rivals and may not want to interact in any way, let alone on the battlefield. These changes will in turn affect the effectiveness of your army and administration and the bonuses you receive. You can also marry any character with one from another faction for diplomacy reasons or capture enemy characters to have them join your cause after completing a battle or conquering territory from another faction.

These added character mechanics enhance the game’s format and make Total War: Three Kingdoms feel like a refreshing and ambitious entry in the series. That doesn’t mean that the tried and trusted Total War mechanics have disappeared, however: as in previous Total War games, much of your time will still be spent on diplomacy and influencing relations with other factions, and there are many factions to keep track of in this period. Notifications of other factions forming pacts or going to war come in quickly and often, keeping you on your toes if you want to stay on good terms with others and avoid going to war. 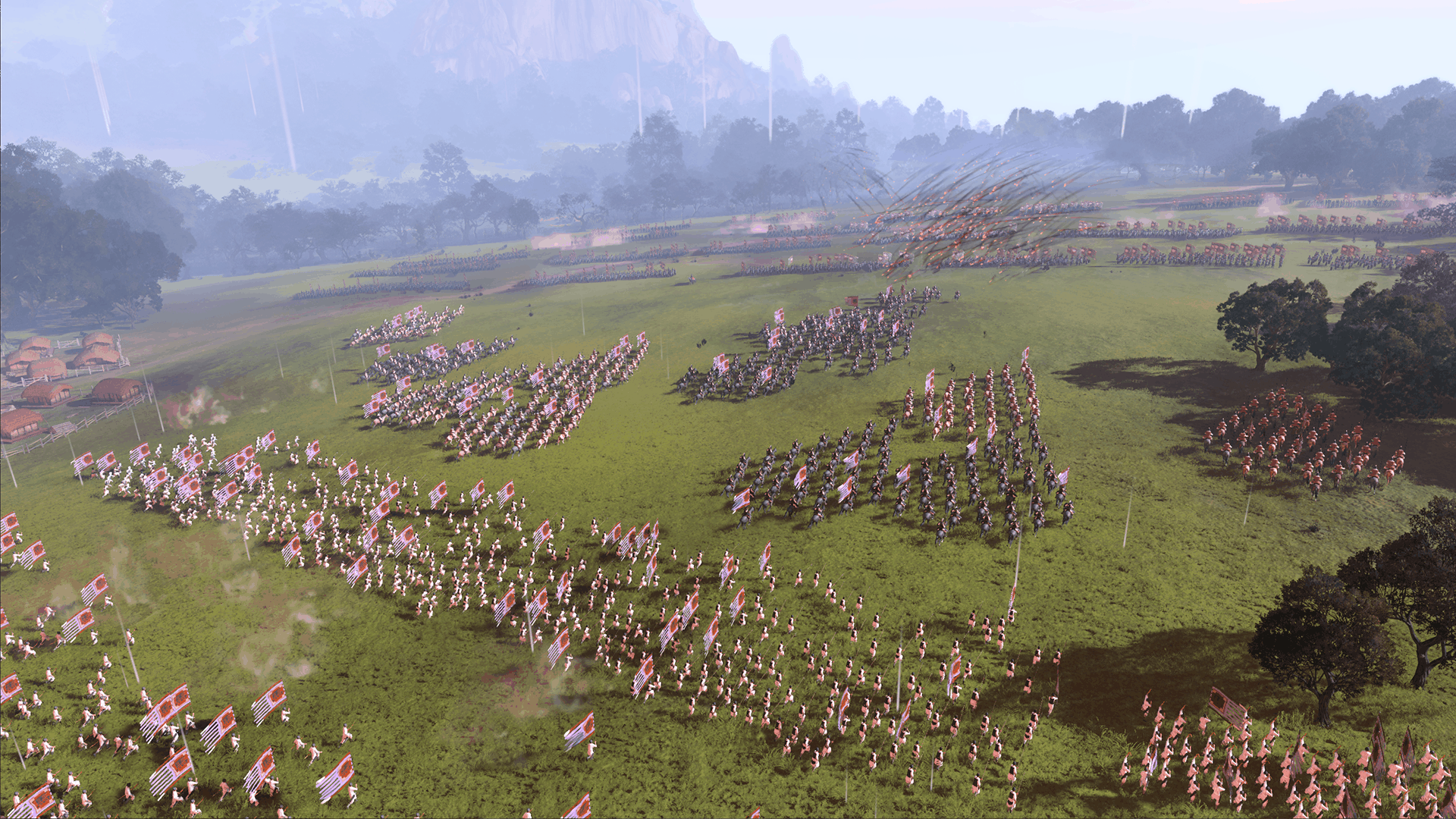 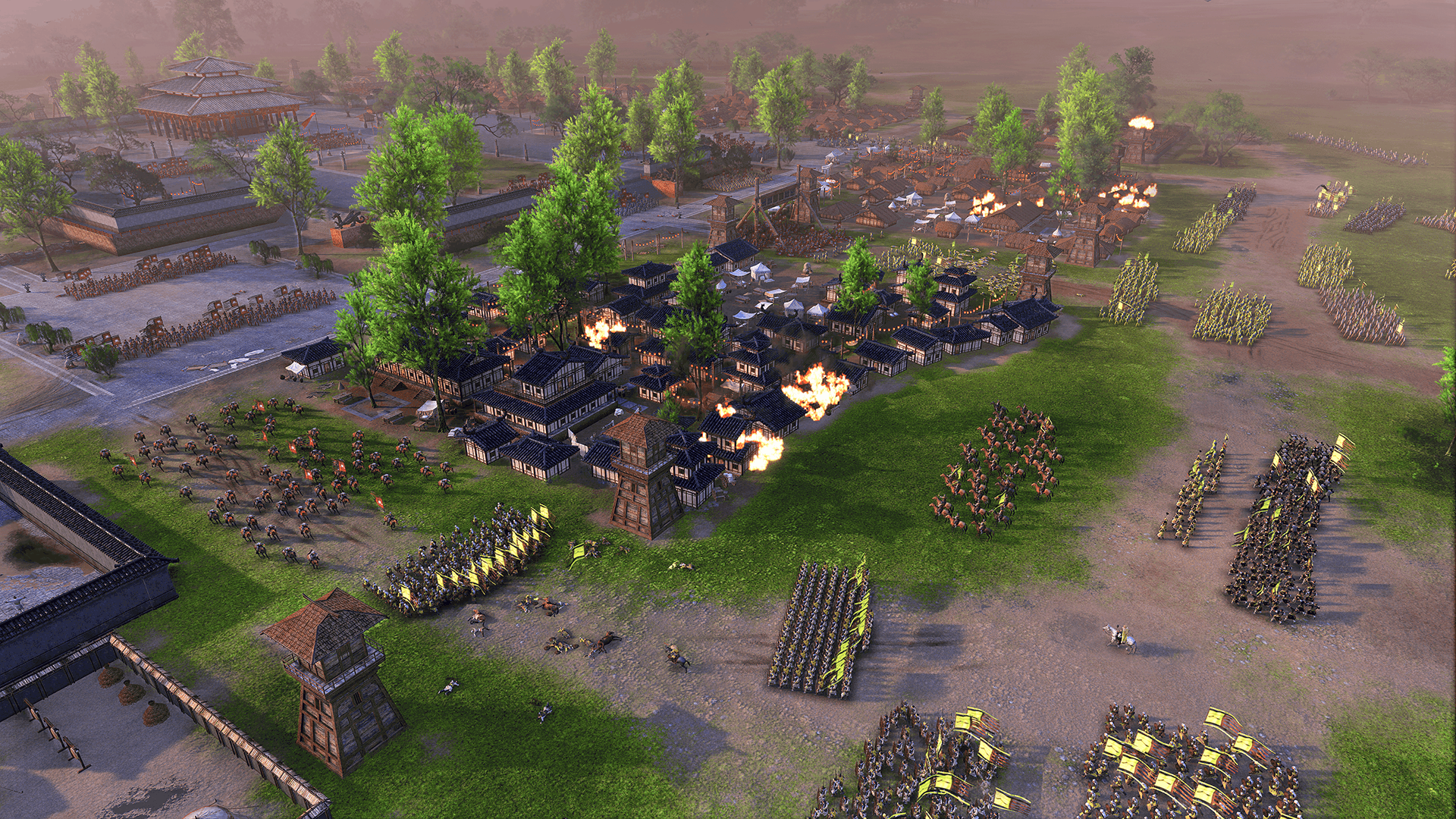 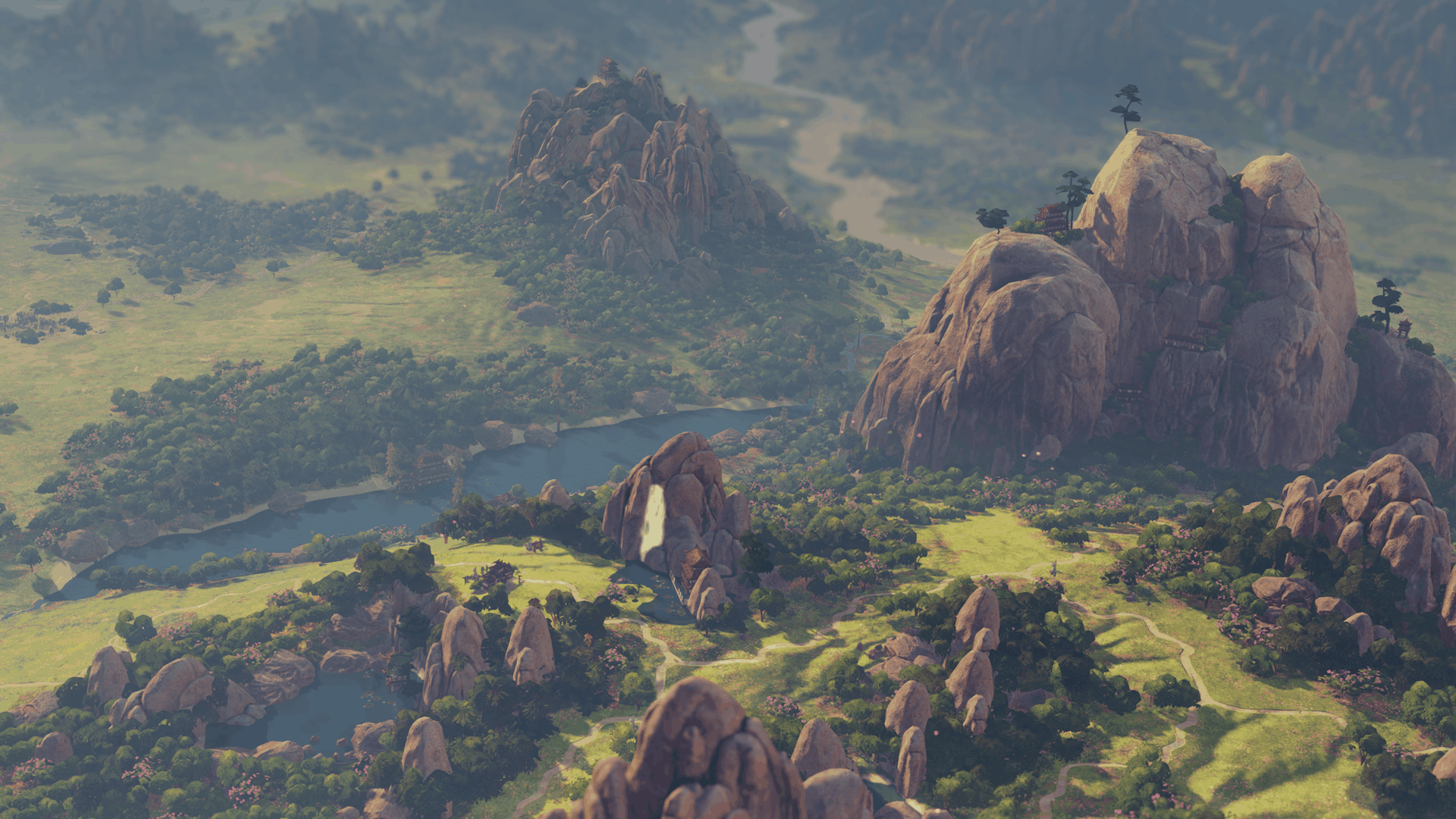 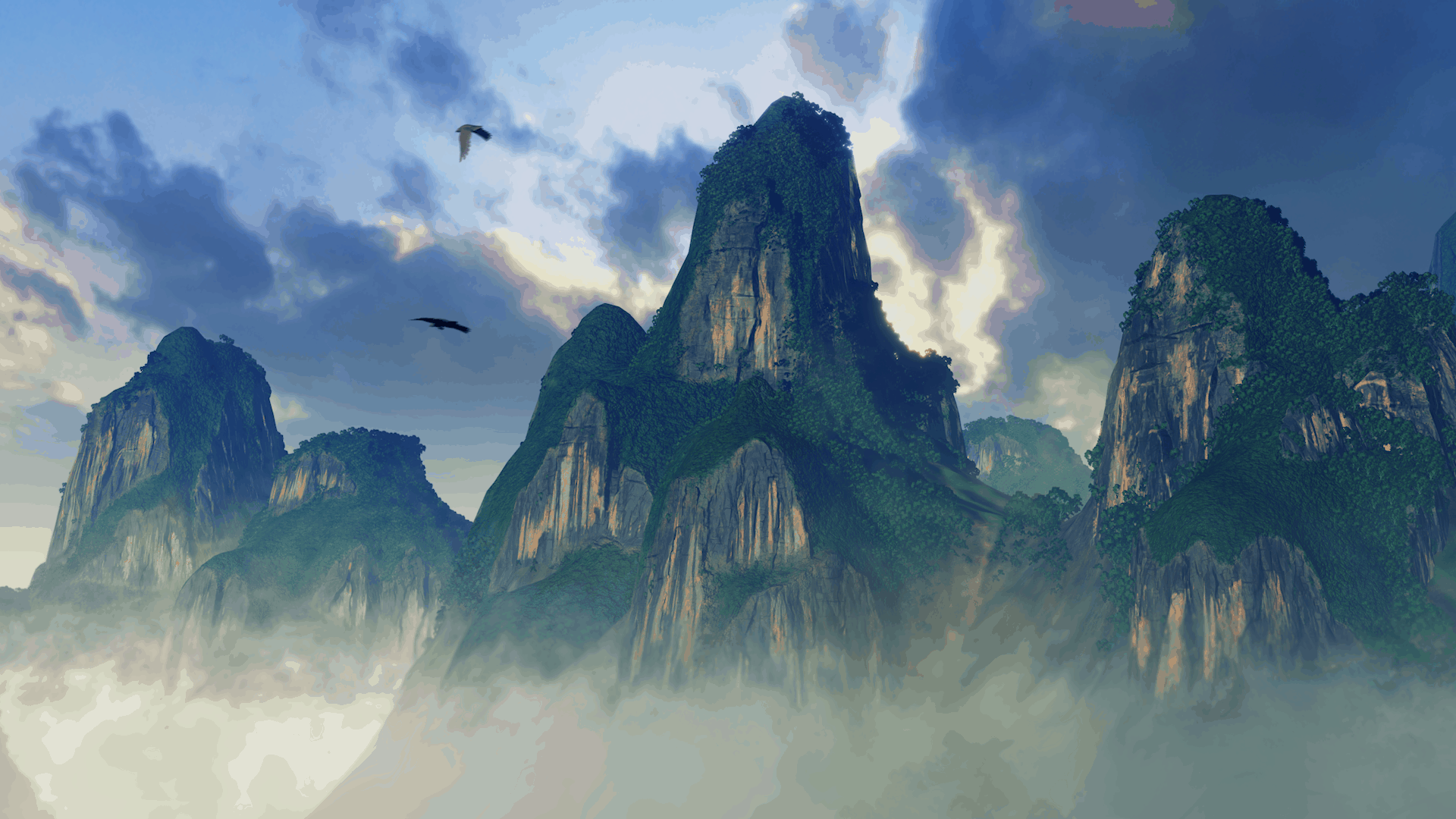 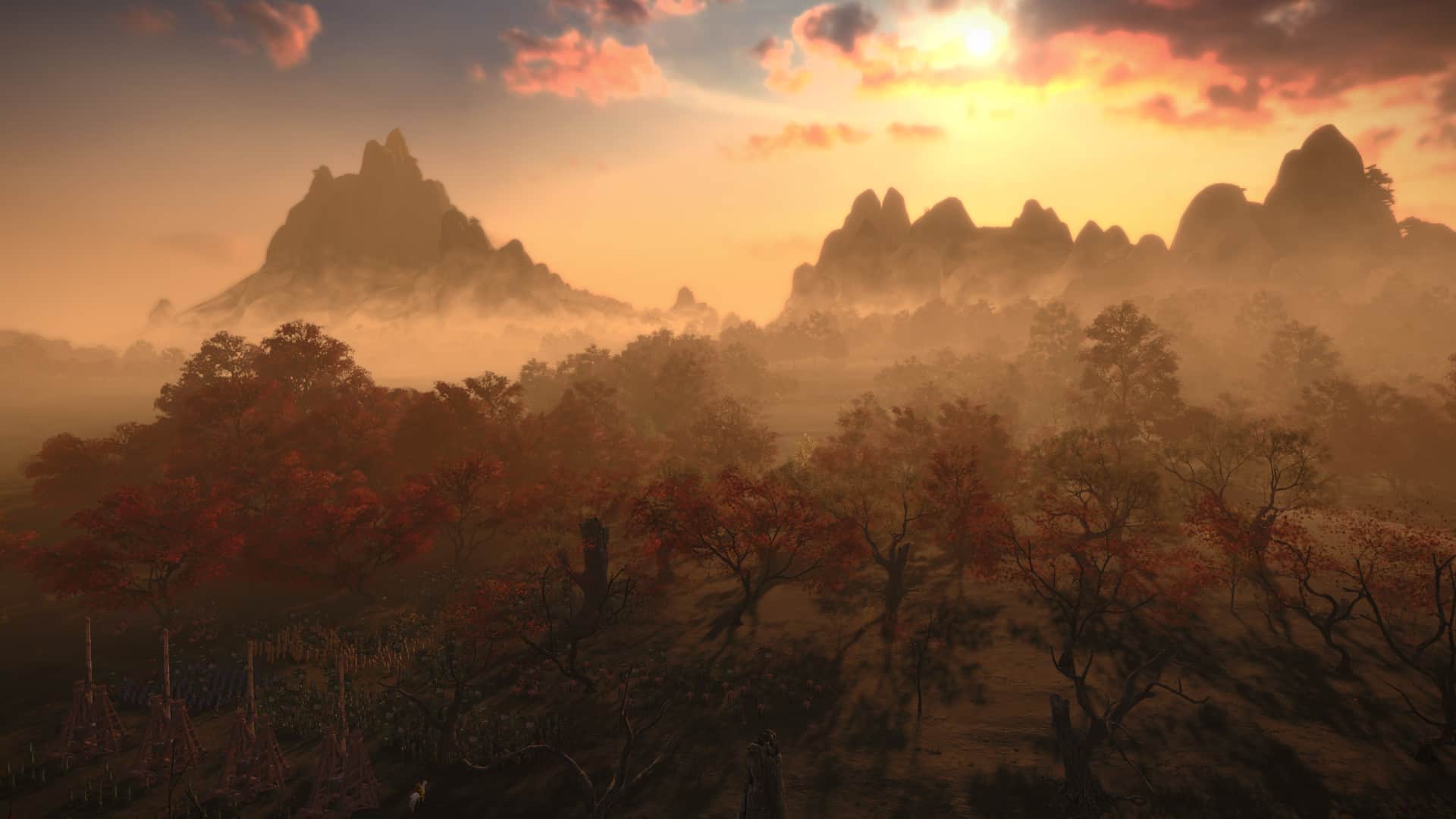 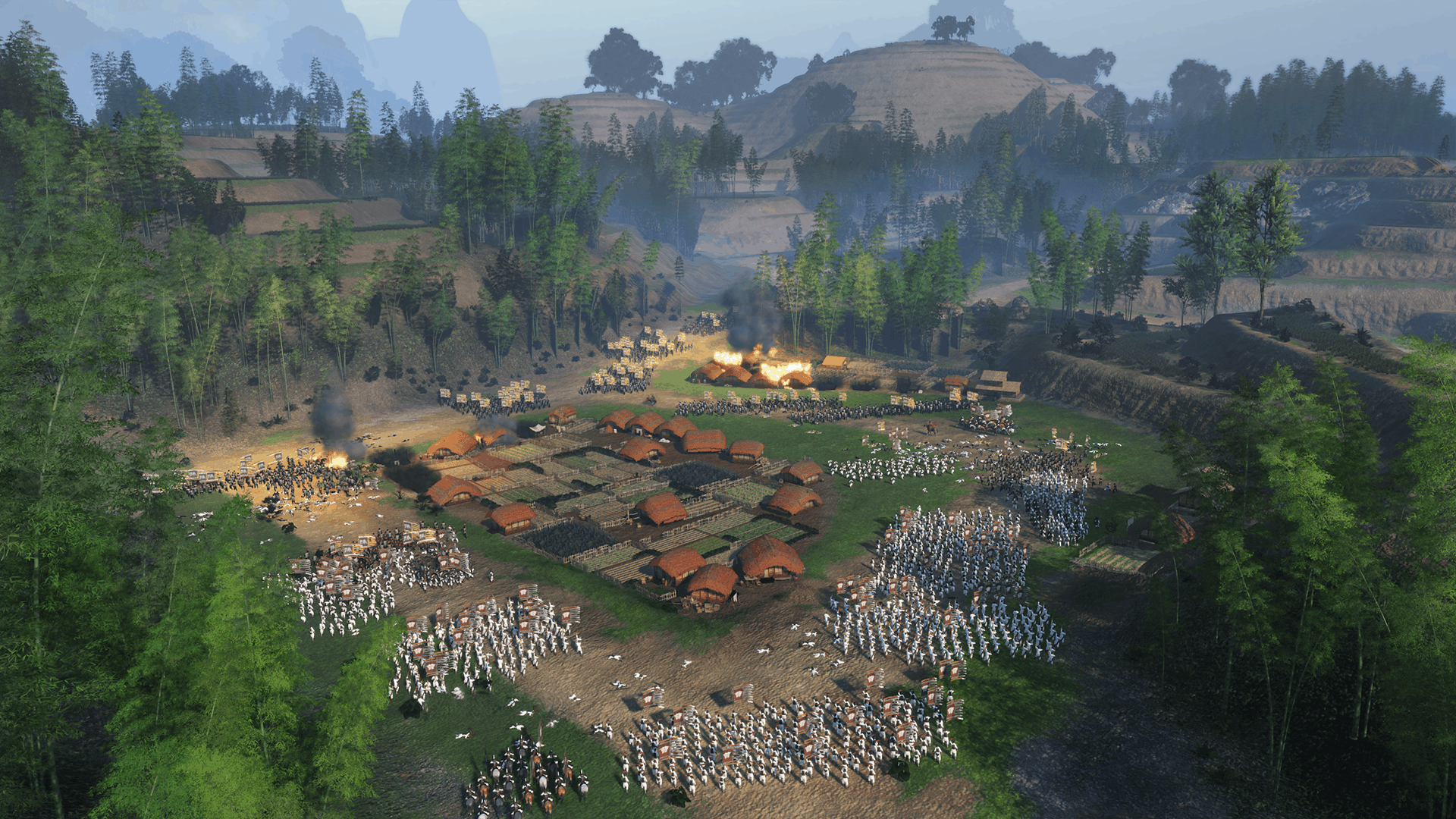 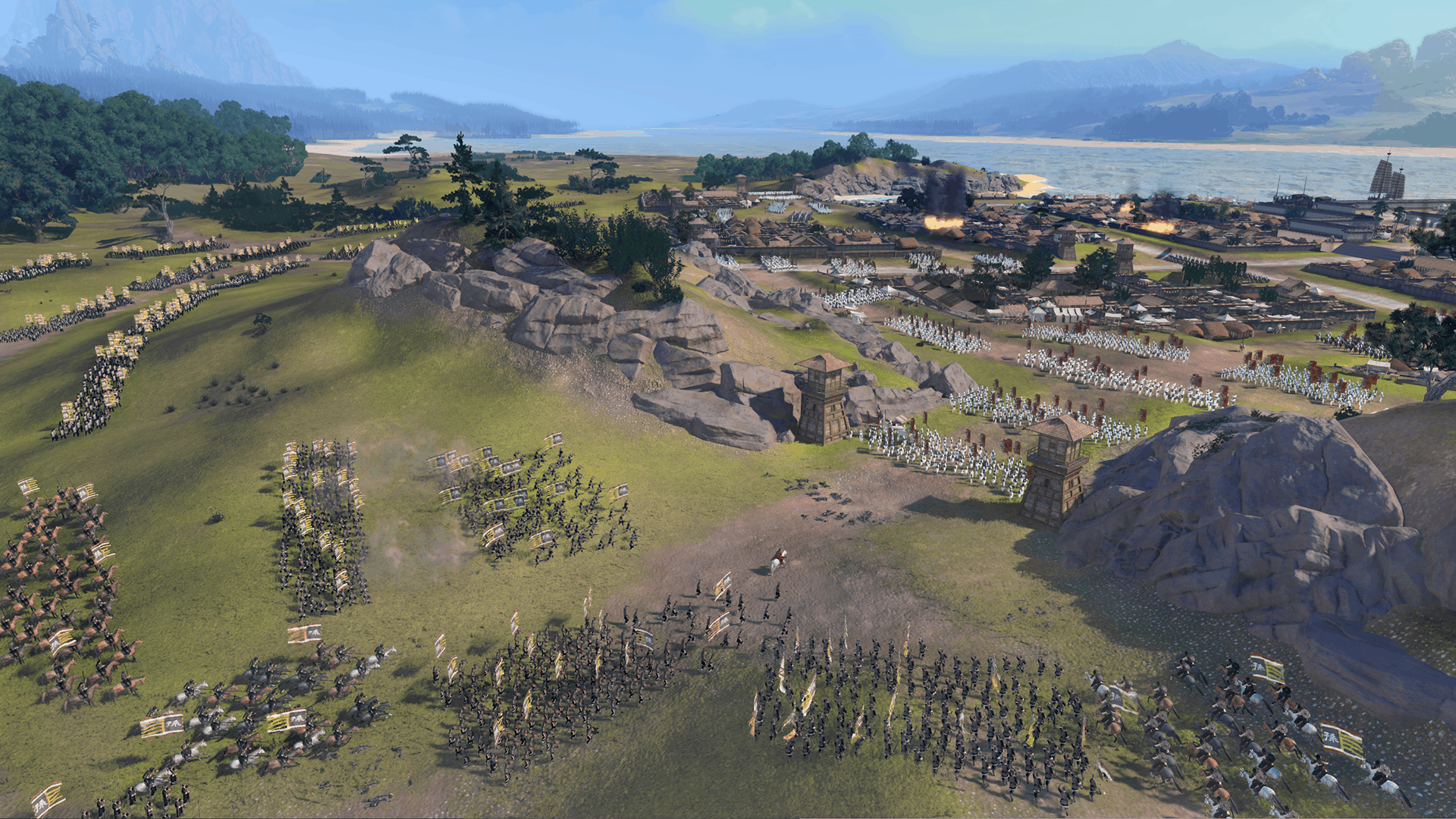 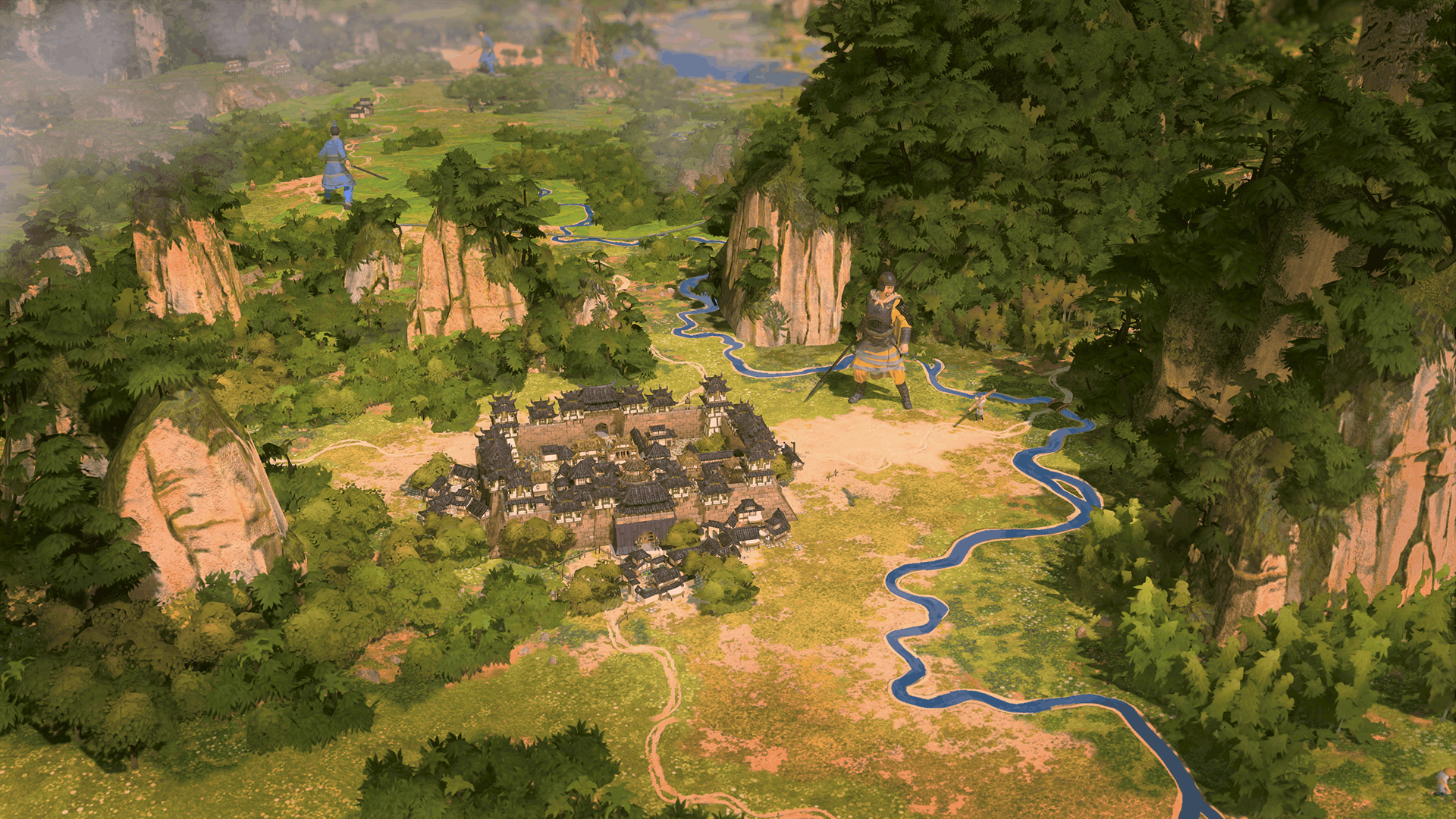 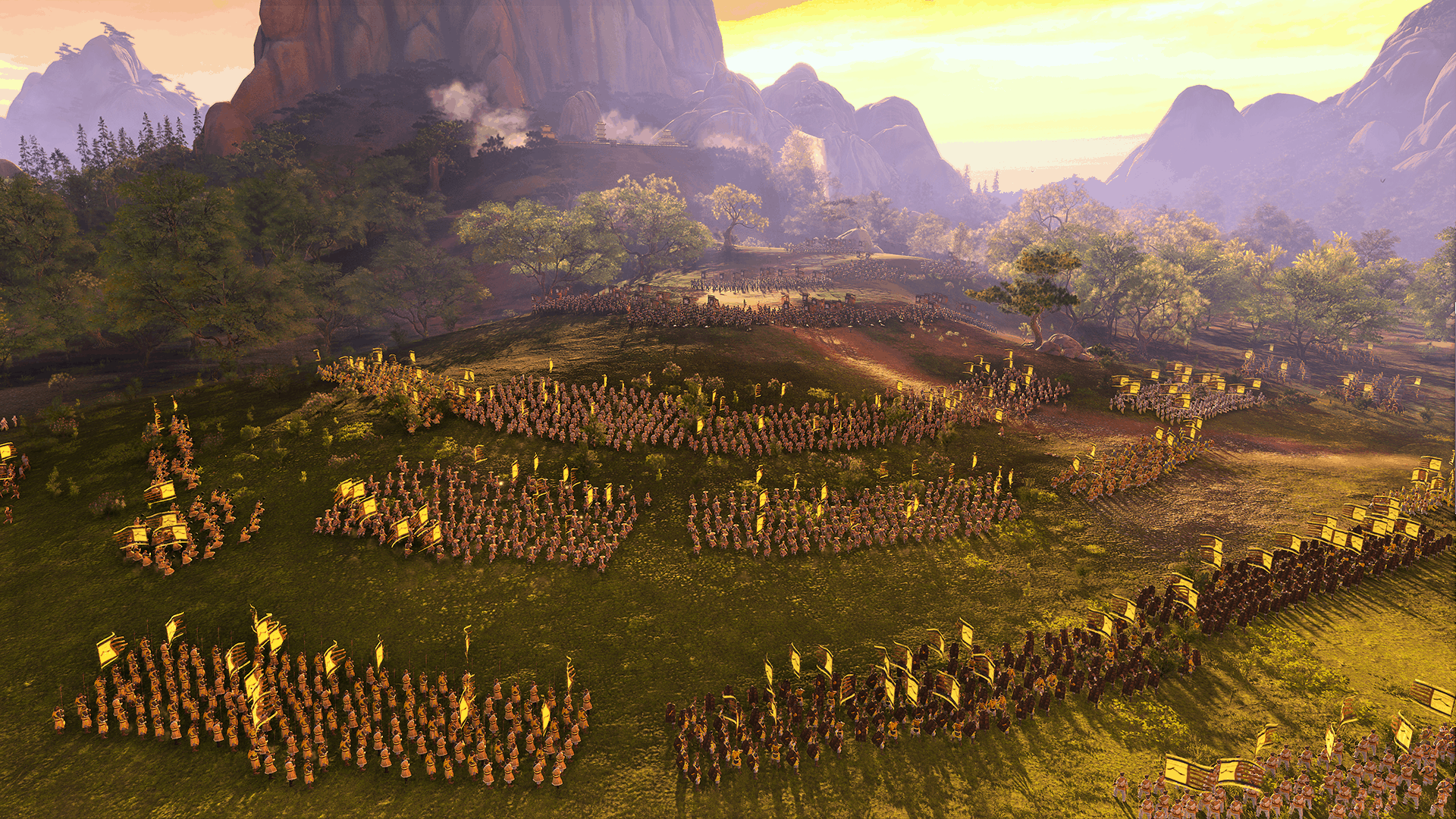 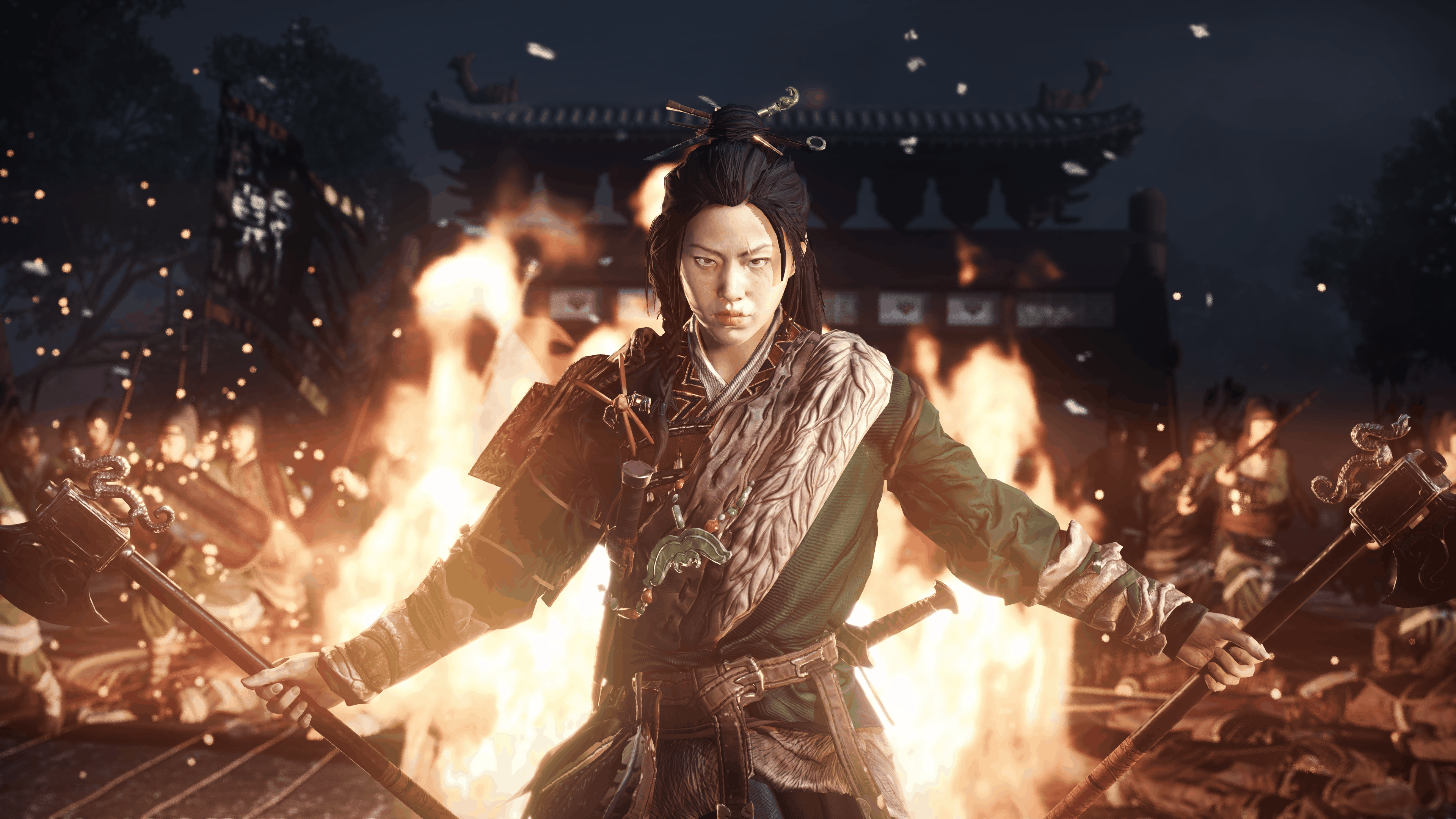 Of course, there are also the battles themselves. As in previous Total War games, when going to war with another faction, you have the option to auto-resolve the battle instantly, or fight it out on the battlefield, allowing you to position your troops yourself. Personally this has always been a drawcard of the Total War games; there is something very satisfying about positioning your carefully crafted army and see it come out of a battle victorious. Total War: Three Kingdoms not only delivers the usual mechanics on this front, but also adds an extra dimension to battles through its character mechanics. Your appointed general’s traits and existing relationships, either with allies or opposing characters, can make or break the fight. In addition to this, the Total War: Three Kingdoms battlefields are highly detailed, engaging, and amazing to watch.

“Total War: Three Kingdoms is the most impressive entry in the series to date.”

However, if real-time military battles are not really your thing, it is possible to auto-resolve every conflict you come across. This may appeal to players who enjoy playing games like Civilization or even, to a lesser extent, Cities Skylines. City management is still a prominent feature in Total War: Three Kingdoms, and the stats on food, money, and public order will all have to be kept in check to make sure your empire and military runs smoothly. The game also allows you to adopt reforms over the course of the game, which makes managing your commanderies a lot easier as your territory grows. Available reforms are presented through a beautiful cherry blossom tree rather than your classic technology tree.

With interesting mechanics and breathtaking visuals, Total War: Three Kingdoms is the most impressive entry in the series to date. The research Creative Assembly have done on the game’s setting and characters truly shines through; characters feel like realistic, three-dimensional people with unique traits and desires, and the game’s nature, fog of war and day-and-night cycle are beautiful to look at.

If you’re a fan of strategy, Total War: Three Kingdoms will have plenty to keep you engaged. Whether you’re a newbie or a Total War veteran, if you want a gameplay experience that looks gorgeous while also giving you plenty of interesting strategy game mechanics to play with, this game will be worth every penny. It is easily one the most addictive editions of a Total War game I have ever played, and is sure to absorb you completely, one turn at a time.