The dull and depressing Steppes of the Russian inland will force dread and apathy across stricken souls. Pathologic 2 is the half-remake, half-sequel of arguably the most cult game in existence, Pathologic (2005). Nikolay Dybowski and the team at Ice-Pick Lodge have crafted a psychological horror adventure built upon its predecessor. However, with a fanbase fixated on writing details and unusual experiences, does the initial party of three crawl out from the crevices or slalom deep below?

Pathologic 2 sets players into the muddy boots of the “Haruspex”, Artemy Burakh. The son of a local physician and surgeon by trade, Artemy begins his story in the capital city during a devastating plague. What follows is a puzzling prologue that feels like a fever dream. Players will meet several plague doctor-like birds called Executors and shadows of personalities called Tragedians. Their purpose is the first impressive layer of a literary tale worthy of merit. A letter from Artemy’s father beckons his return to the homeland Steppes and the downward spiral of insanity initiates.

Pathologic 2 starts very strongly, combining an unnerving atmosphere with superb writing. Within the first pleasantly off-putting half an hour or so, players will learn whether to venture deeper or quit while they’re ahead. The game introduces its strange and impressively complex story without holding any hands. Fans of Ice-Pick Lodge games will find themselves at home instantly.

Once Artemy reaches the main town, the misfortune of this open world and the dry game begins to peek from the shadows. The surgeon faces a slew of blood on his hands and everyone is frightened, avoidant, or aggressive. The choices made from here build or destroy Trust, defining who Artemy is to society. The player must delve deeper, uncover the mysteries of several murders, gain the trust of the unnatural people, and hope to overcome a deadly plague within a measly 12 days.

“Hope”. That’s a funny word after playing Pathologic 2. It’s there, and it isn’t.

Players must manage relentless Thirst, Hunger, Health, and Exhaustion by looting several containers, trading items with allies, or simply looting unfortunate victims. It becomes a juggling act with the storyline and time restriction, a challenge that isn’t easily overcome. The survival elements are not forgiving and require attention all the time. Make sure to have several vials of water and food on Artemy or he’ll be even more useless when he gets into moments of unfortunately dated combat. With limited manual saving and long stints of walking, don’t risk any potential death or reset.

“Half a mind will wonder why the developers didn’t incorporate new features and interesting gameplay, while the other will relish within the brooding kismet of the Steppes.”

These survival systems are quite uninspired. Refuelling meek metres that deteriorate over time, often too quickly, is an uninteresting chore. Combined with the slow pacing and back and forth between point “A” to “B” harkens an RPG from the mid-2000’s.

On the other hand,could this design be by choice? It certainly resonates the feeling of the original Pathologic, complimenting the despair of the narrative. Half a mind will wonder why the developers didn’t incorporate new features and interesting gameplay, while the other will relish within the brooding kismet of the Steppes.

Unlike the upper echelon of the genre, Pathologic 2 is visually dreary and repetitive. Within a world saturated by brown and yellow, the player’s interest will painfully wither. This would be less detrimental if the world and gameplay weren’t lacking variety. Within the first few hours, recycled character and environment assets will become unattractively jarring. Several buildings and NPCs will look all too familiar and the only redeeming feature will be the critical story elements found within. 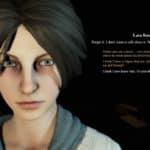 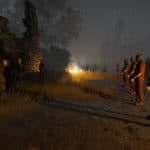 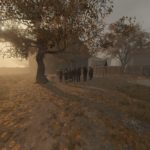 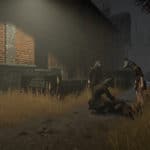 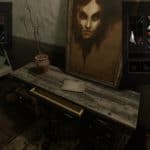 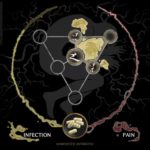 Technically Pathologic 2 is very hit-and-miss. For a game built in Unity Engine, it looks quite good. Uncomfortable extreme close-ups of peculiar citizens show the extent of Unity’s tech. These conversations are one of the primary features putting players at a satisfying unease. Everyone and everything around feels morbid and uncanny. Sound is a different beast. A remarkable cast of voice actors is shamefully undermined by terrible recording quality. The cast sounds like they are speaking into tin-cans with an awkward timbre to the dialogue. It immediately stands out.

Similarly, loading screens freeze gameplay consistently for a few seconds at a time. After resuming, a lot of pop-in and texture/lighting glitches will occur. It’s a shame as recent games show how loading screens can be incorporated with gameplay to create a consistent flow. Whether these issues are a result of design choice or the limitations of Unity is uncertain.

Pathologic 2 is a tragic experience and depending on your perspective this can be great or horrific. Ice-pick Lodge, without a doubt, faithfully recreated the misery and calamity their original effort delivers. It’s strongly written with impeccable narrative direction and complimented by the uniquely strange atmosphere of the Steppes. However, the game suffers from feeling too old-fashioned. Gameplay and mechanics often leave much to be desired with little to no captivating innovation.

Technically, the game isn’t breaking boundaries and the restrictions of Unity are noticeable. The dull experience regrettably accentuates the miserable narrative in a damaging light. Pathologic 2’s outstanding story and thought-provoking journey suffer from outdated execution.