Super heroes have always had a mixed relationship with gaming; not everything soars as high as PlayStation’s exclusive Spider-Man or the Arkham series. What’s always been even harder is the much loved team ups from the comics. There is something really fun about seeing Doctor Strange join forces with Wolverine to smash two very different heroes into one world. The Marvel Ultimate Alliance series, and the X-Men Legends series before it, certainly achieved this. So when the last entry released 10 years ago we spent the following decade asking when we’d see the third entry, filling our hollow hearts with less than thrilling HD rereleases and the Marvel Future Fight mobile game which paled in comparison. Thankfully our voices didn’t fall on deaf ears and Team Ninja took up the mantle to bring us a Switch exclusive follow up, Marvel Ultimate Alliance 3: The Black Order.

For those unfamiliar with the series, the Ultimate Alliance formula is fairly simple. From a top down perspective you control one character in a team of four, with the D-Pad you can quickly switch between the four heroes in brawler style combat. You have light and heavy attacks which are fairly basic, special skills are configured to your face buttons that will use a variety of iconic moves from your chosen hero, you’ll also build up energy toward a crowd-clearing ultimate ability as well that can help out when you’re at the centre of a pile-on.

While you control one character, the other three characters will either be controlled by a co-op partner or AI and the main thing you want to keep an eye on is a balanced team composition and partners who can combo their skills. Using your special skills in conjunction with one of your partners who is compatible will trigger a stronger effect—for example, Iron Man shooting his ion blasters into Captain America’s shield will create a stronger blast over a larger area of effect.

The story of Ultimate Alliance 3 will be pretty familiar for comic fans but won’t seem foreign to those who have only enjoyed the movies. Thanos wants the Infinity Stones, he sends the titular Black Order to collect them to disastrous effect. Fans of the nefarious group in the comics will be glad to hear they’re done more justice here than in the Avengers films. They turn up only occasionally and feel like an impassable threat that can put down your alliance single-handed if need be. However they are not your only enemies, as the stones have scattered across Earth and the heroes formidable nemesis are using them for their own goals, which sees you hopping around locations like Shadowland and Asgard and meeting a nice variety in the cast.

Speaking of the cast, there is a nice array of heroes here, from the recognisable (to casual fans) such as Daredevil to the lesser known heroes such as Elsa Bloodstone #GiveElsaATVShow. With so many characters there is always space to play around with team combos with certain groupings offering you stat boosts. Problem is you may not really want to be swapping teams too often when powering through the story. This is due to each hero only leveling up when they are in play. New characters dropping at the max level for your team means if you left a character behind at the beginning you either need to use XP boost cubes or grind to level up just those characters. This meant that once I got a team I really liked, I didn’t really experiment except for one or two moments with new characters as they appear, lest I risk my favourites falling behind the rest of the team. 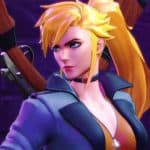 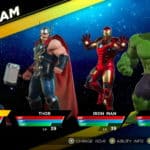 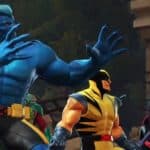 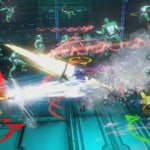 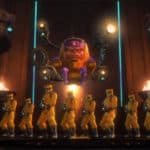 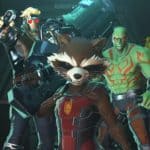 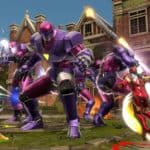 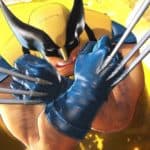 To assist with leveling you can replay missions from the main menu or choose an infinity mission. These are smaller missions that are remixed from the main campaign. They add new challenges such as a ticking clock, only specials can do damage, you’re slowly being damaged but causing damage heals you and many other options. These will give you three goals to achieve, a basic completion and then two that will usually be a time goal or damage threshold. These add a good challenge and it’s fun to go back to them, however, as will remain one of my complaints for the entirety of this game, the menus across Marvel Ultimate Alliance 3 aren’t great. Unfortunately there is just a lot of unnecessary back and forth between menus. This is also seen in the ISO-8 upgrade system where you unlock crystals to make slight updates to characters, however the micromanaging of this wasn’t worth the boost it provided most of the time.

The infinity missions will also let you unlock powerful heroes such as Magneto or Loki which gives you something to work towards. You can also unlock costume changes to heroes however this is infuriatingly merely a pallet swap to the existing costume. In a series well known for iconic looks and heaps of costumes unlocking these were some of the most fun in previous games, to have that dumped for lazy recolouring leaves you with a very nasty taste in your mouth.

In terms of presentation Marvel Ultimate Alliance 3 has a lot going for it. The soundtrack is great and voice acting is pretty solid in the schlocky over-the-top comic book way. Characters are boisterous and loud with really only one voice performance missing the mark—I’m looking at you, Ultron. This bombastic style translates over to the visuals as well. The Switch isn’t the graphical powerhouse that other consoles are right now but it makes the right choice to avoid the photo realism and leans into the source material of these heroes.

“…it makes the right choice to avoid the photo realism and leans into the source material of these heroes.”

The art has a very comic book style to it, colours pop and line work is thick and heavy to create a look that stands out and makes it easy to read the hectic action on screen. For fans of the comics you’ll be glad to see that this series leans away from the Marvel Cinematic Universe designs and brings some of the characters most iconic classic designs from throughout print history. The backdrops switch between some slightly uninspired corridors to some amazingly interesting set pieces, special call out to the Shadowland blue corridor that was a delight to play through.

The co-op options are pretty standard; you can play on the couch, online or locally connected to another Switch. Playing co-op obviously offers you fewer options with switching between characters but you can much more effectively strategize in battles. The AI is fairly competent, very rarely getting in the way, in chase sequences they will most definitely fall behind but will get teleported to you once you get far enough ahead. When playing using your skills you can Press R to use your specials alone or RB to use a special and have an AI partner trigger their paired special for the combo bonus, you’ll also be prompted with a button press to combo with someone else’s skills if you are close enough to them.

I can’t deny that the single leveling certainly gives the games lots of replayability. There is a lot of fun playing around with heroes and finding new and interesting combinations—word to the wise if you level up Ms Marvel, Kamal Khan, she becomes a powerhouse with almost any hero. I have to say though that with this replayability it is a mix of really enjoyable gameplay but also the feeling of a chore as this longevity feels manufactured by the developers. This also leaves me concerned about the Season Pass and DLC that is coming; more game is great but I worry it will compound the forced longevity feeling.

At the end of the day there is a reason that I’ve always loved the bombastic brawling action of the Marvel Ultimate Alliance series. It is a game free of pretense, it just wants to take your favourite characters and smash them all together like a joyful child. Is this game redefining the genre? No. Does it need to? Hell no! While there are some finishing touches that miss the mark, the core gameplay is just what I needed to fill the void the absence of this franchise chiseled into me over the last decade. I can say without a doubt that Marvel Ultimate Alliance 3 is dumb fun, and it’s perfect just like that.