Before playing Stranger Things 3: The Game, I paused and said to myself: “do I really think this is going to be good?”. It was an attempt to prepare myself for what was most likely going to be a disappointment. I had just finished the Netflix series of the same name, and was riding high on a wave of 80’s nostalgia, thumping synth tunes, and emotional character moments. No game has dashed that feeling quicker than Stranger Things 3: The Game.

We’ve all playing a licensed tie-in game; from Jurassic Park and True Lies on the SNES, GoldenEye on the N64, to more recent titles like Iron Man and the horrendously titled Peter Jackson’s King Kong: The Official Game of the Movie. We should know what to expect: thin plot boiled down to the bare essence, lacklustre gameplay, and half-baked production values. I should have known, man, I really should have known.

I’m just going to come out and say it. Stranger Things 3: The Game is boring. Like, truly boring. There is almost nothing engaging during the 8 – 12 hours the game takes to finish, and nothing at all worth writing home about. From plain lazy script writing, repetitive side quests, and ham-fisted game mechanics that seem to exist just to annoy, the game barely gets off the ground floor before settling into a rinse and repeat cycle of snooze-worthy blandness.

“…The game embraces its throwback art style wholeheartedly, and certainly looks and feels reminiscent of retro titles like Streets of Rage and River City Ransom…”

I suppose we should try and get some positives on the page before launching into the negatives. The game embraces its throwback art style wholeheartedly, and certainly looks and feels reminiscent of retro titles like Streets of Rage and River City Ransom. The character models take the essence of their real-world counterparts and display them in a charming way.

Hopper, big and barrel chested, stands tall among the cast while Erica and Max are appropriately small and delicate. The core group are all instantly recognisably as their characters, and their weapons and features are depicted with great accuracy. Each character’s weapon and ability is unique to them, and suits their narrative purpose most of the time.

The gameplay is your typical brawler style affair, mashing your action button and unleashing your special when you have enough ‘energy’ to do so. Replenish your health and energy using medkits and Coca Cola, and your good to keep on truckin’. The combat itself isn’t terrible, especially when you gain access to the full cast of playable characters, but like the rest of the game becomes much too repetitive much too quickly. Groups of goons, rats, and  fleshy lifeforms from the upside down are more of a hassle than a real challenge. However boss fights require some thinking and strategy, which was a welcome struggle the few times they pop up during the game. 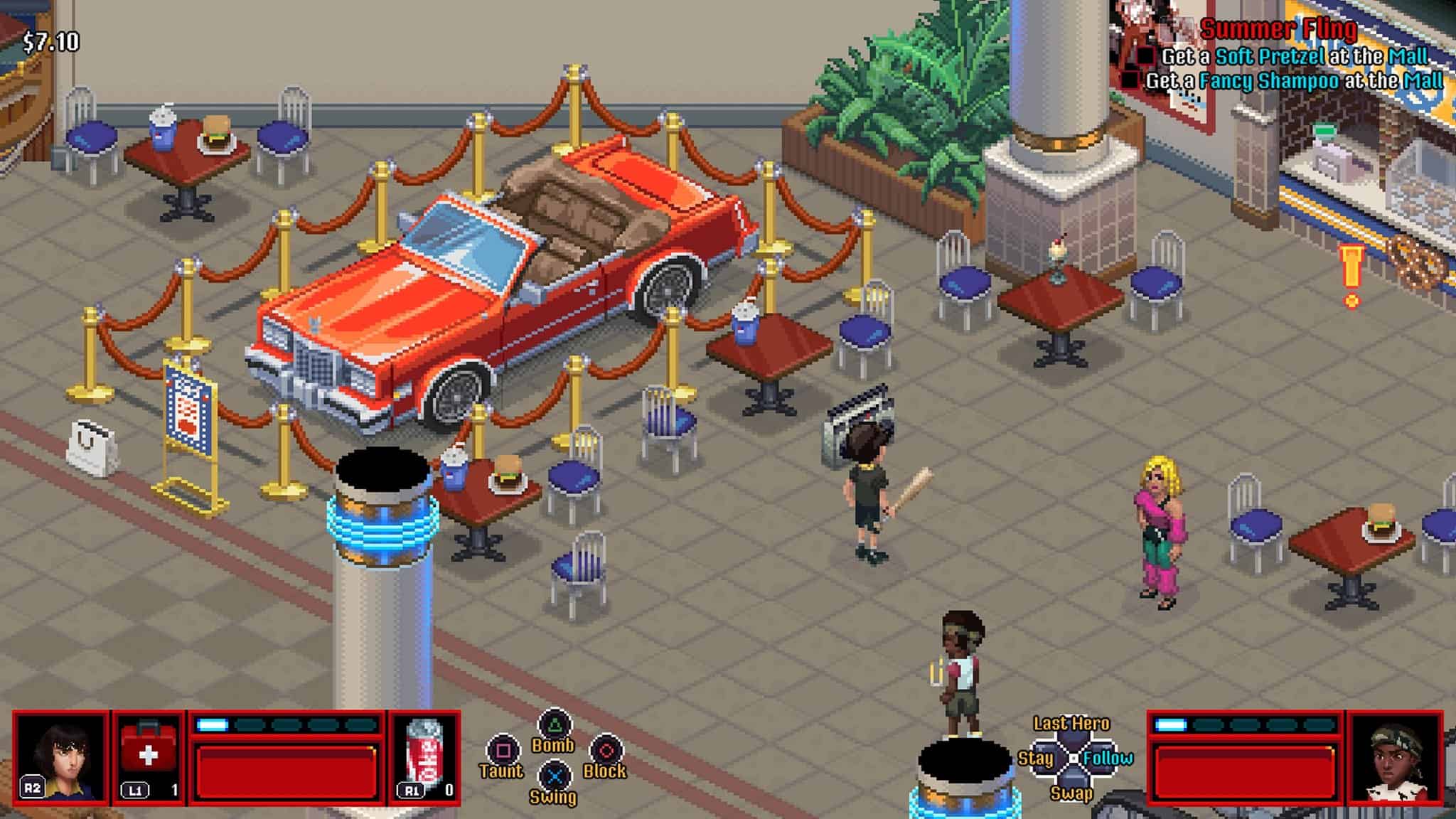 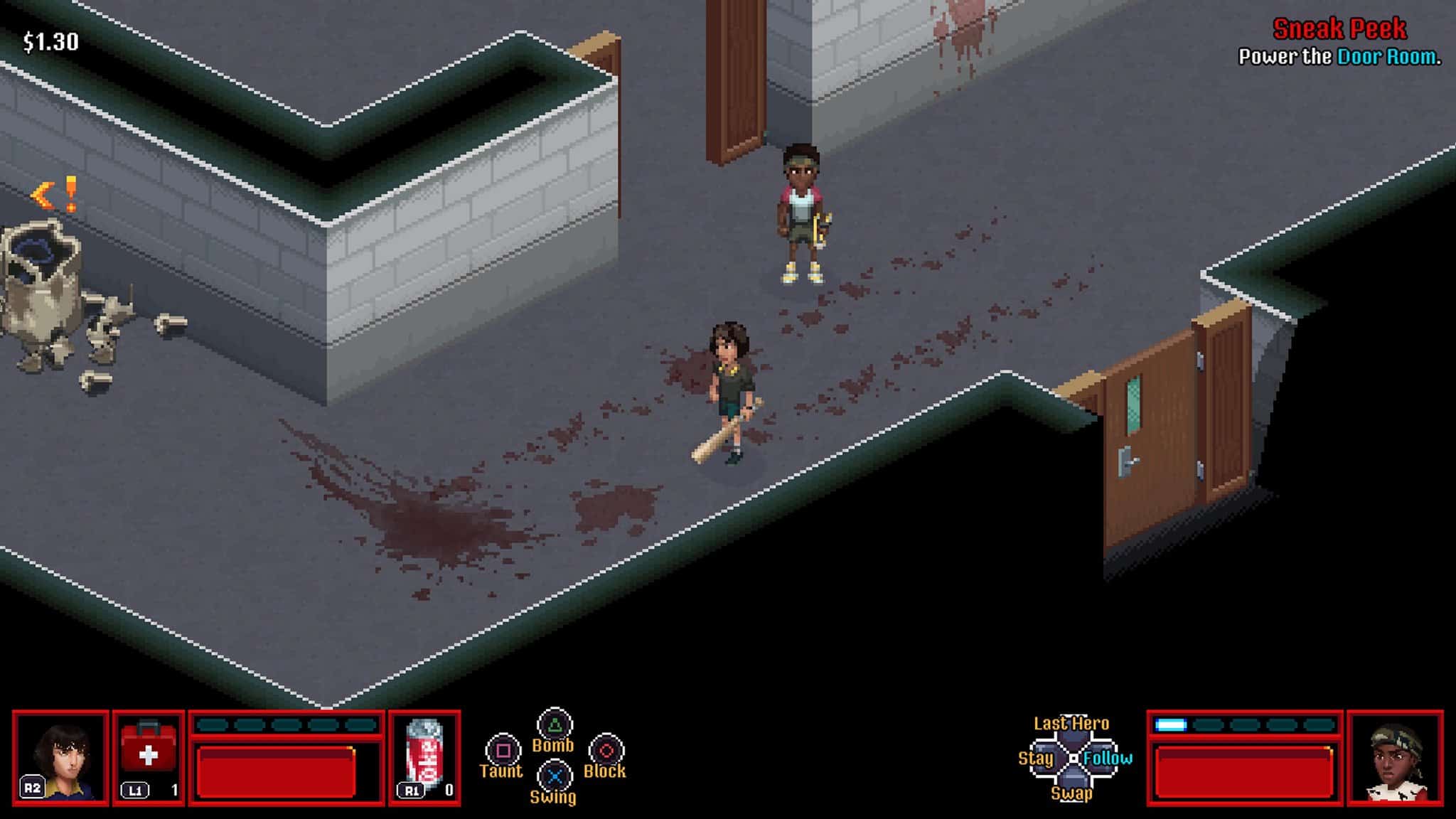 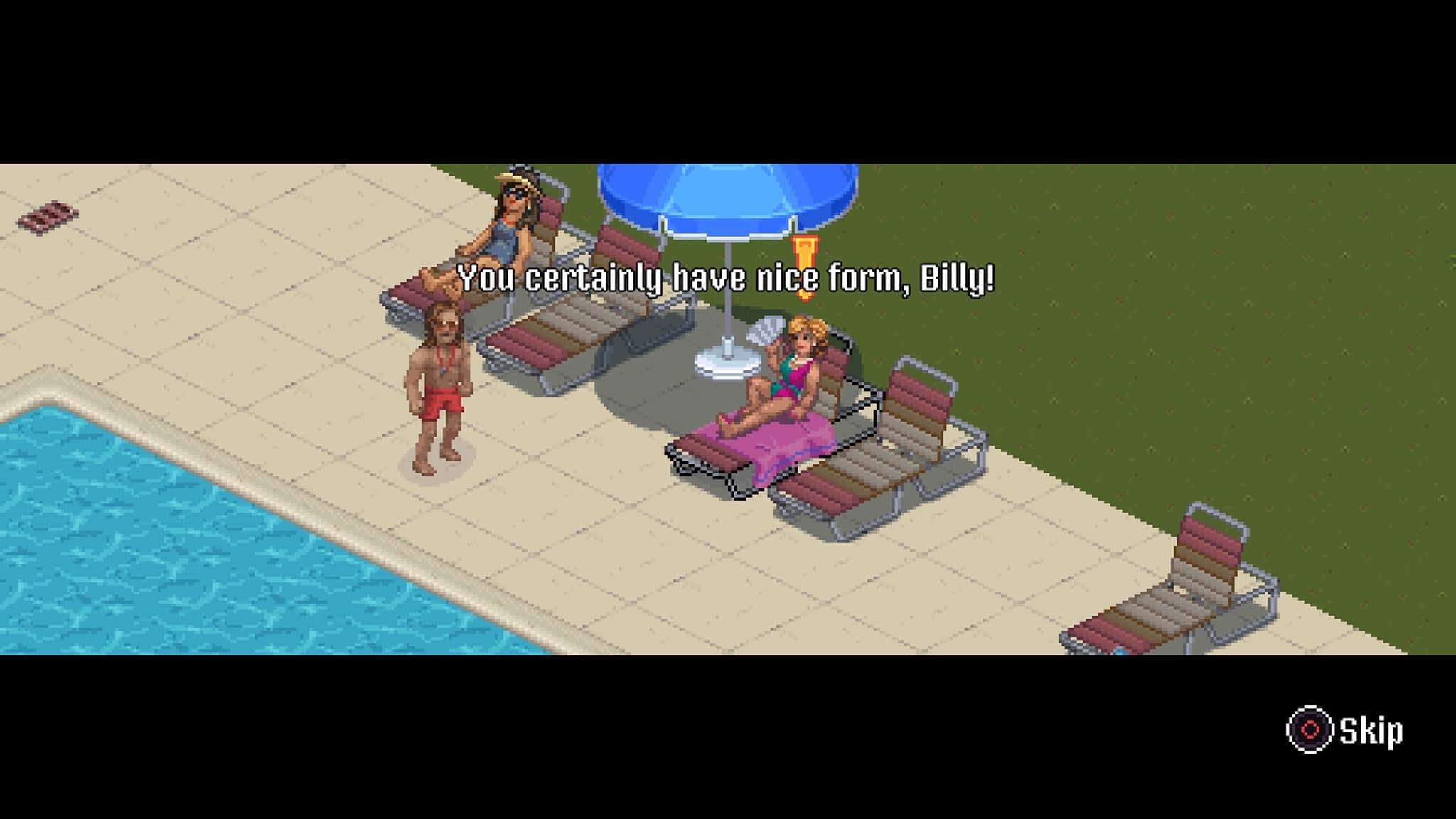 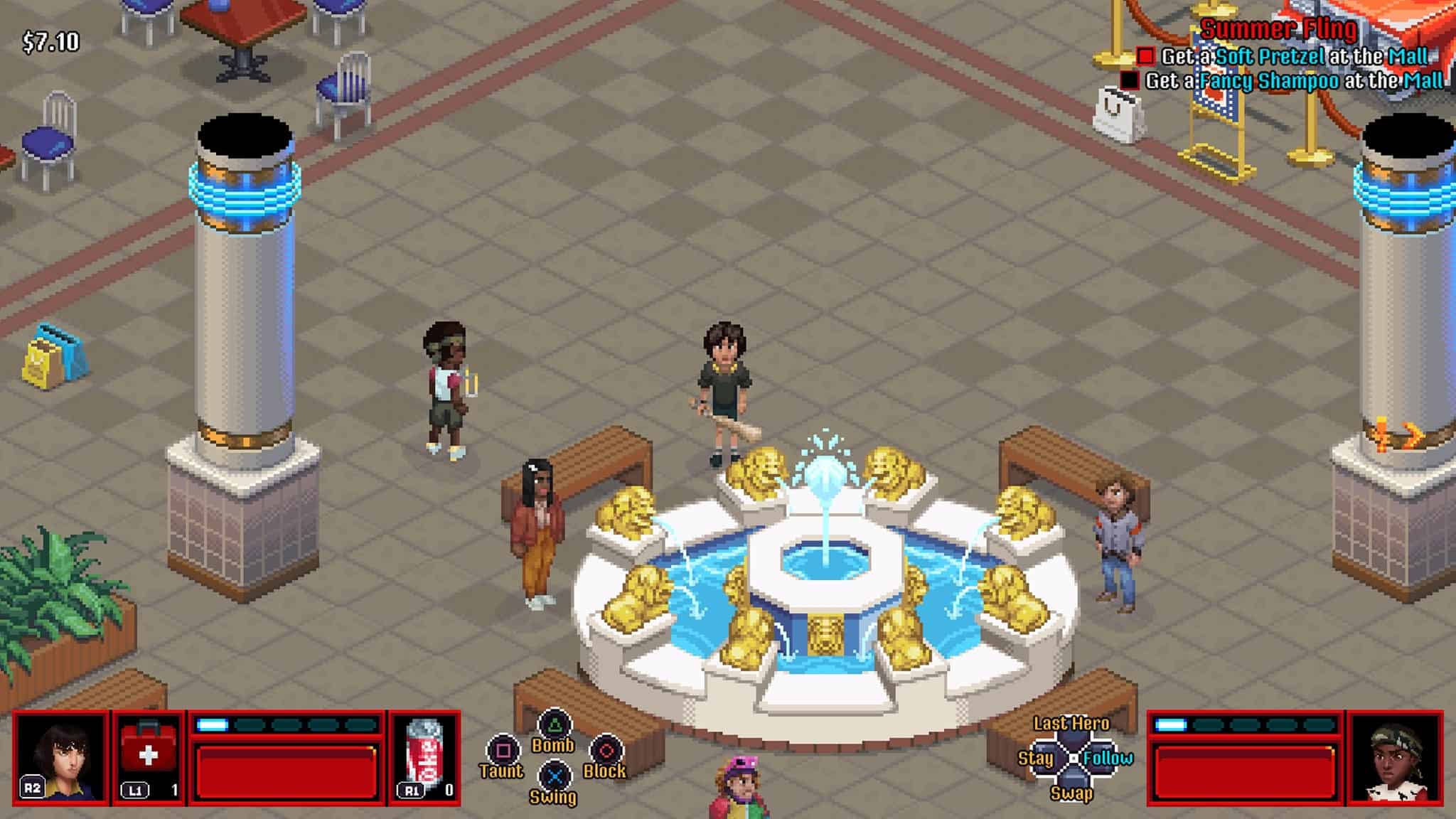 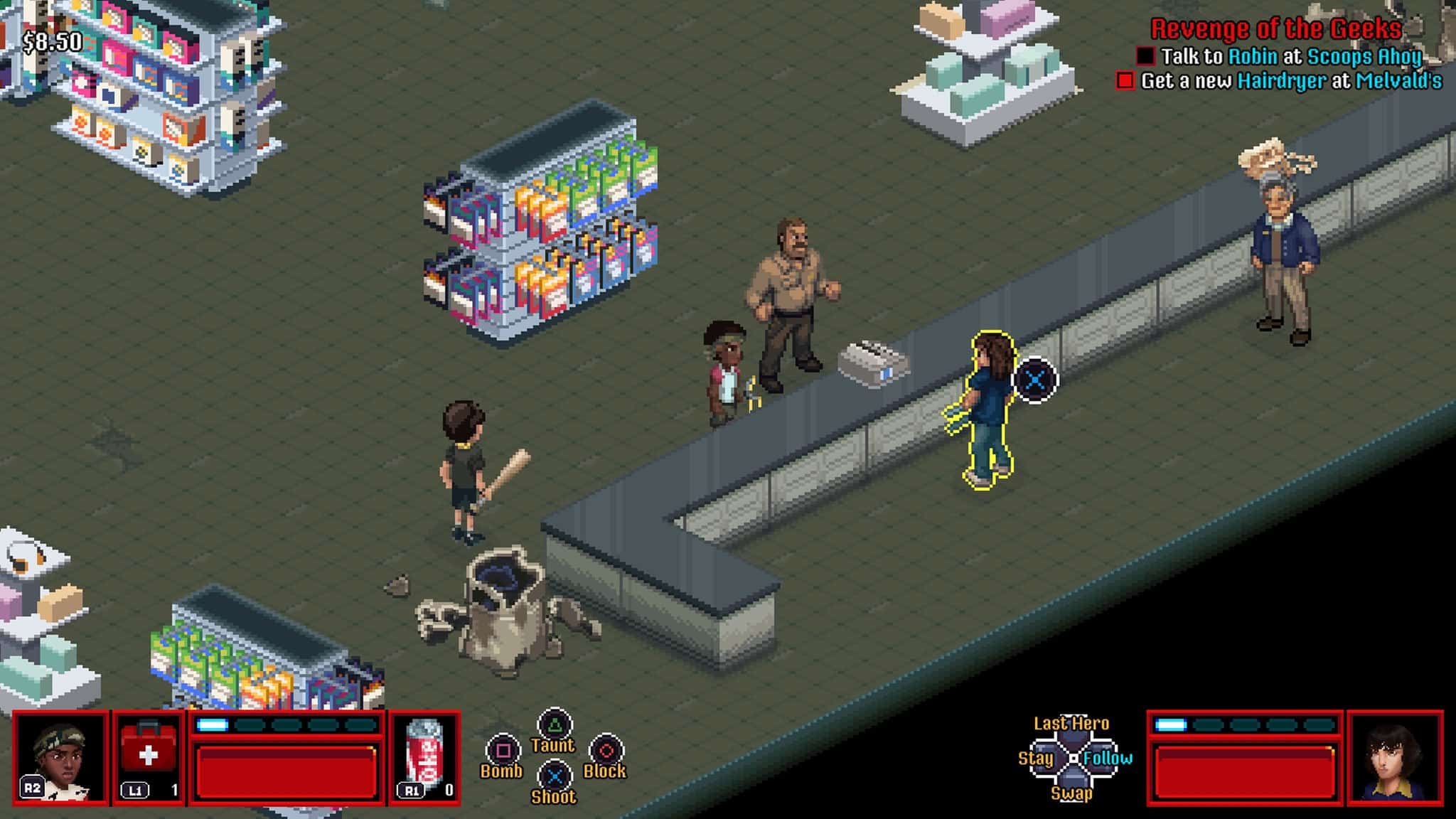 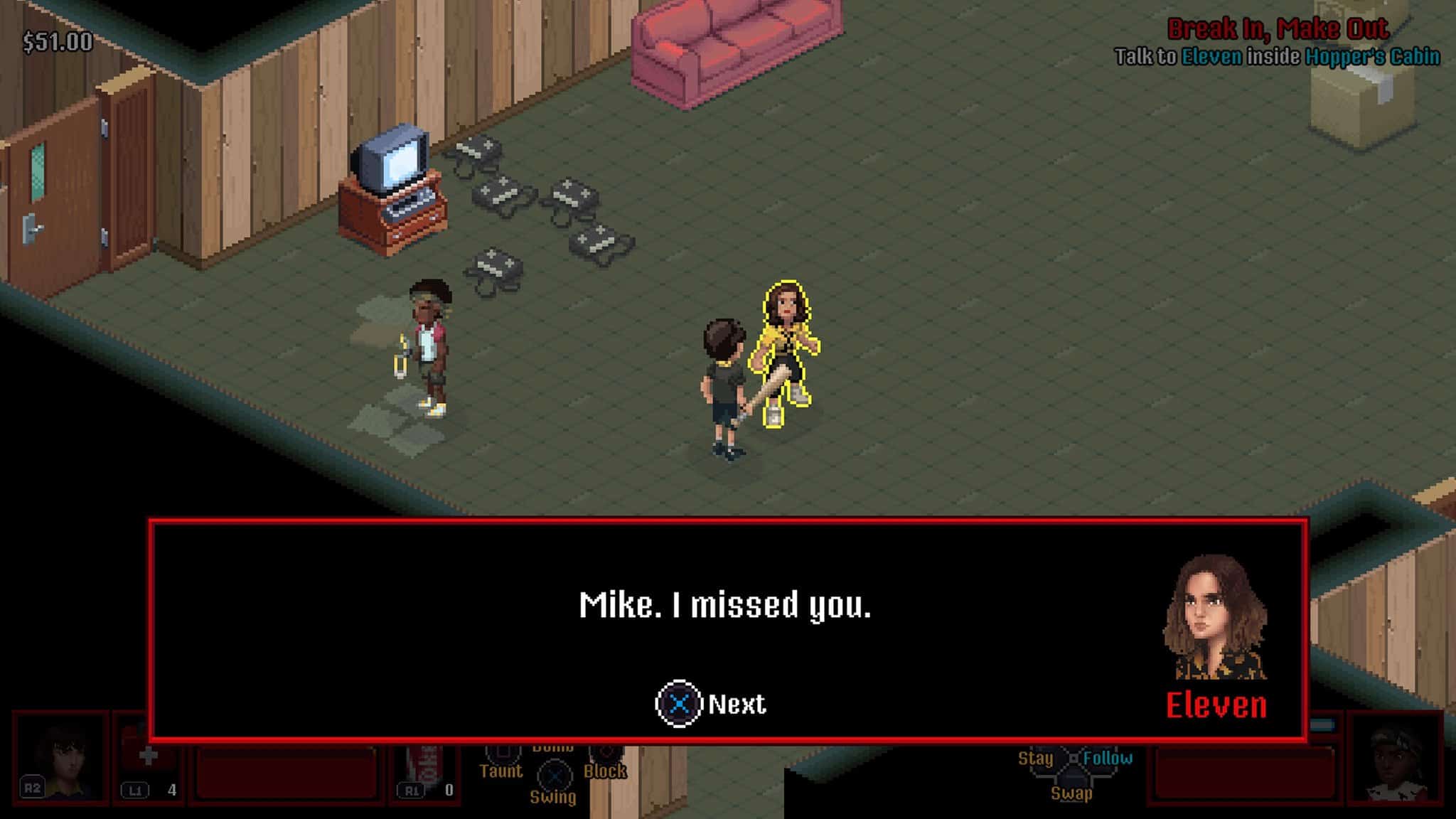 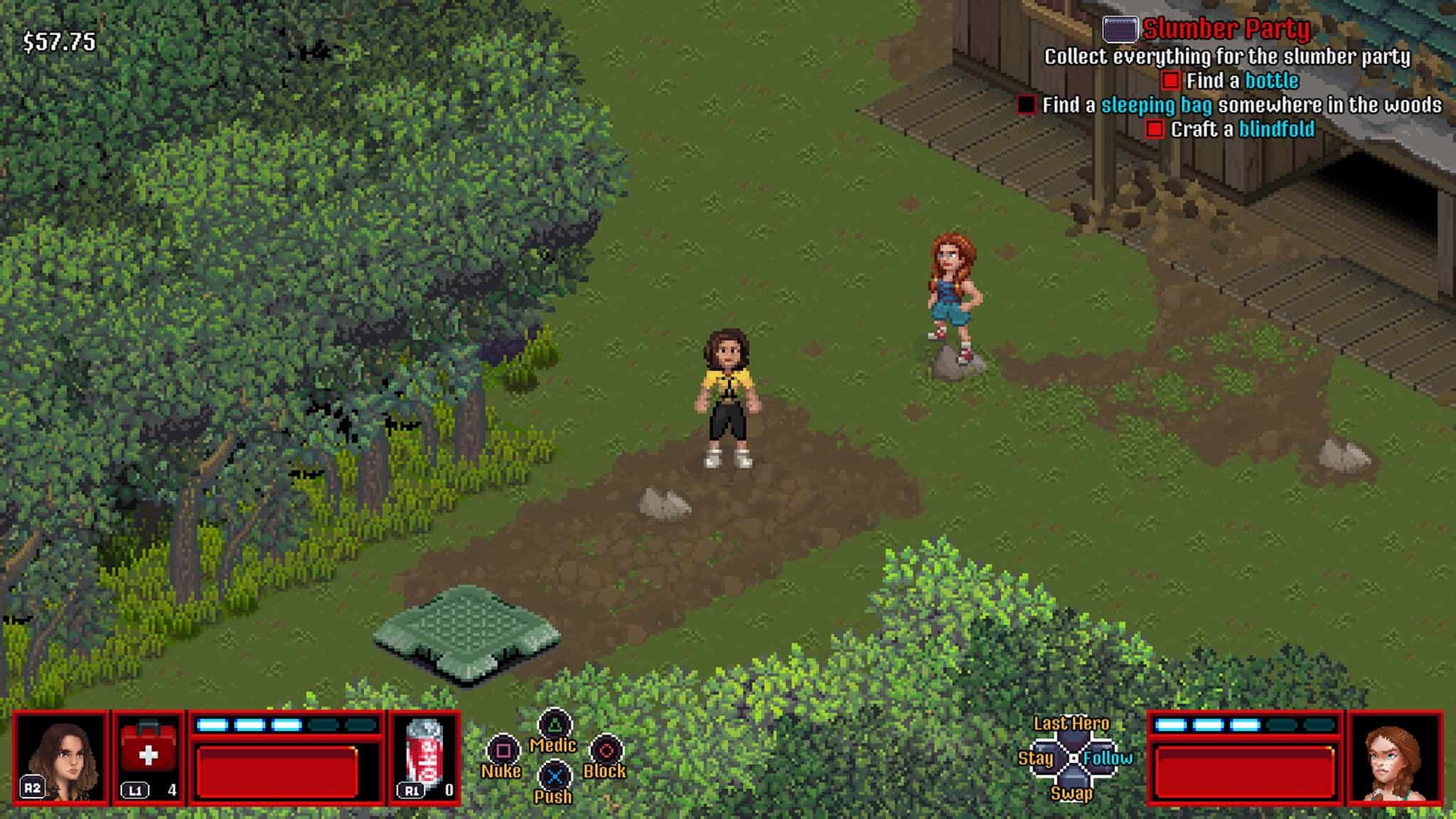 The game fails to impress in just about every other aspect. The story is delivered in bite-sized quests, with main quests and side quests tossed in together like a digital salad, and most of them are so dull I’d rather play a Namco loading screen mini game. Truly.

Fetch quests, ‘craft this item’ quests, ‘kill these rats’ quests … and that is basically it. Just a Russian roulette of those 3 quest archetypes over and over again for 8+ hours. It’s enough to drive any sane person mad. When you throw in the mind-numbing music, you’ve got a recipe for disaster. Like water dripping on rock, Stranger Things 3: The Game features maybe 6 minutes of unique music total, which is repeated on an endless loop that restarts each time you enter a new area. If you’ve read my reviews before, you’ll know I always take time to talk about the music and sound, and how that adds to or takes away from the game… I had to play Stranger Things on mute. MUTE.

I don’t enjoy hating on games. Truly. Writing this review gave me no joy. However, I have to be honest… Stranger Things 3: The Game is a weak attempt at retelling a great season of television in an interactive format, and just fails across so many aspects.

I am still hopeful that Netflix can make a real impact in the video game sphere one day. There is much rich content there to utilise and transform, but this ain’t it, chief.