Astral Chain Review – A chain worth being bound to

Astral Chain is the latest release from PlatinumGames and it is safe to say that this title continues Nintendo’s massive success streak with first-party titles for the Switch. I have spent many hours with Astral Chain and it has captivated me at every point, the story and characters kept me pushing on, and the gameplay, whilst familiar, had more than enough depth to keep me fighting on to save humanity.

Astral Chain is set in 2078 during a time where humanity is on the brink of extinction due to the threat from the invasion from “Chimeras”, a race of creatures from another dimension. Faced with this threat the remnants of the humanity have retreated to a mega-city built on a man-made island known as “The Ark”.

You play as a newly recruited Neuron Officer tasked with combating this ongoing threat, along with your fellow cast of colourful teammates, including your twin Akria (based on being the opposite sex to what you as the player chooses). This task force is unique as they utilise “Legions” as their main attack against the ongoing Chimera threat and stand as civilisations last chance at putting an end to this war.

To put it simply, Legions act kind of like Pokémon in a sense as they are chimeras that have been captured and bound to officers via a psychic link, changing their colour palette from dark reds to deep blues, which enables them to be used for combat and investigation purposes. A small detail that I loved with this is the way your legions kind of fidget in place as if they want to break free but cannot, not a major detail but it added to the immersion of this creature being bound against its will to fight at your side.

Astral Chain is unique as it is an action-heavy game, which is to be expected from the team who made Bayonetta, but at the same time, there are many prolonged periods of time when you will not fight a single enemy, which helps to break up the monotony of combat.

“…your legions kind of fidget in place as if they want to break free, but cannot…”

You begin most levels in an investigation type mode with your main purpose being to look around the area for clues using your IRIS scanner which can be toggled on and off at will. This scanner provides in-depth information about the world around you, highlights clues to investigate further and displays various point of interest which will all add clues to your notebook for you to answer and conclude the investigation to earn points.

Now, let’s talk about the combat in Astral Chain, which is far more unique than I thought it would be. It retains elements familiar from other PlatniumGames titles, but the chain mechanic brings a whole new level of strategy to combat, so don’t come into this expecting your typical button masher. You have your basic main attack that can be performed by your character with the ZR button, along with various forms of ranged and melee weapons to chose from. The main difference here is that you can call upon your legion at any time to aid you in battles where they will automatically fight alongside you, or you can command them to target specific areas as long as your chain provides enough length. 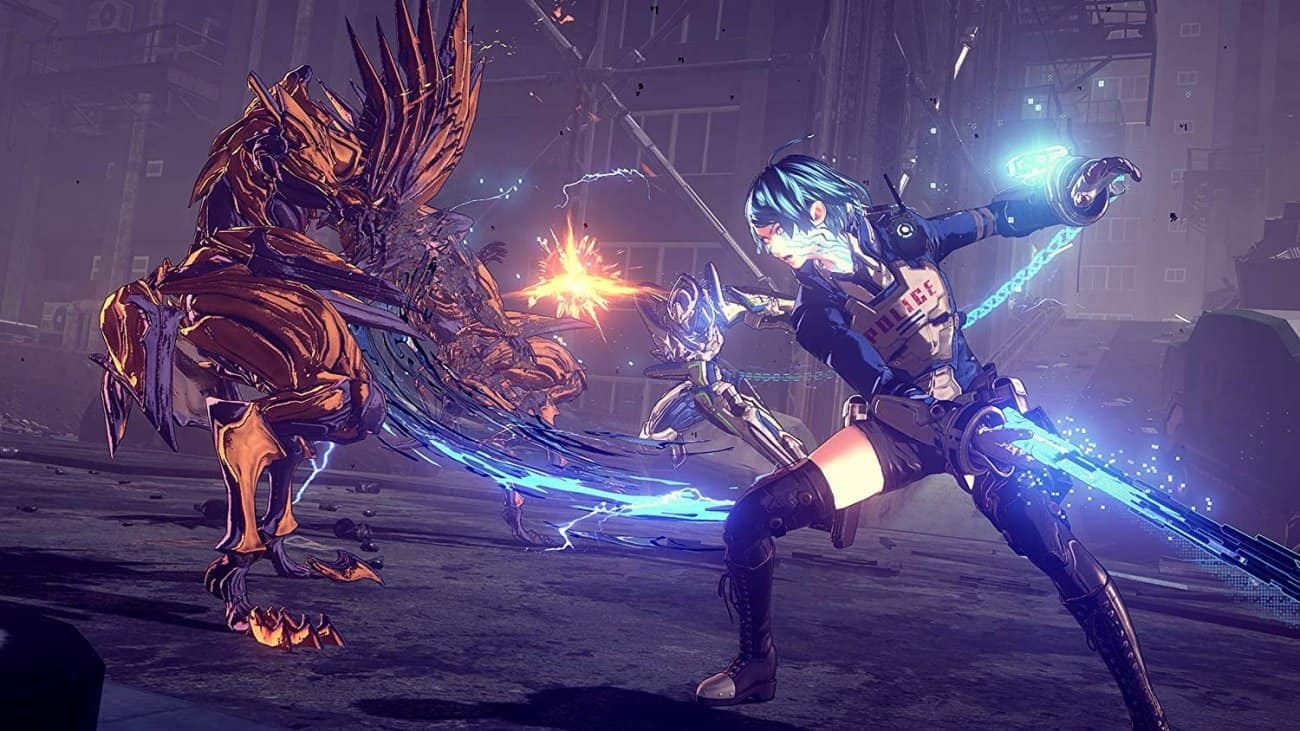 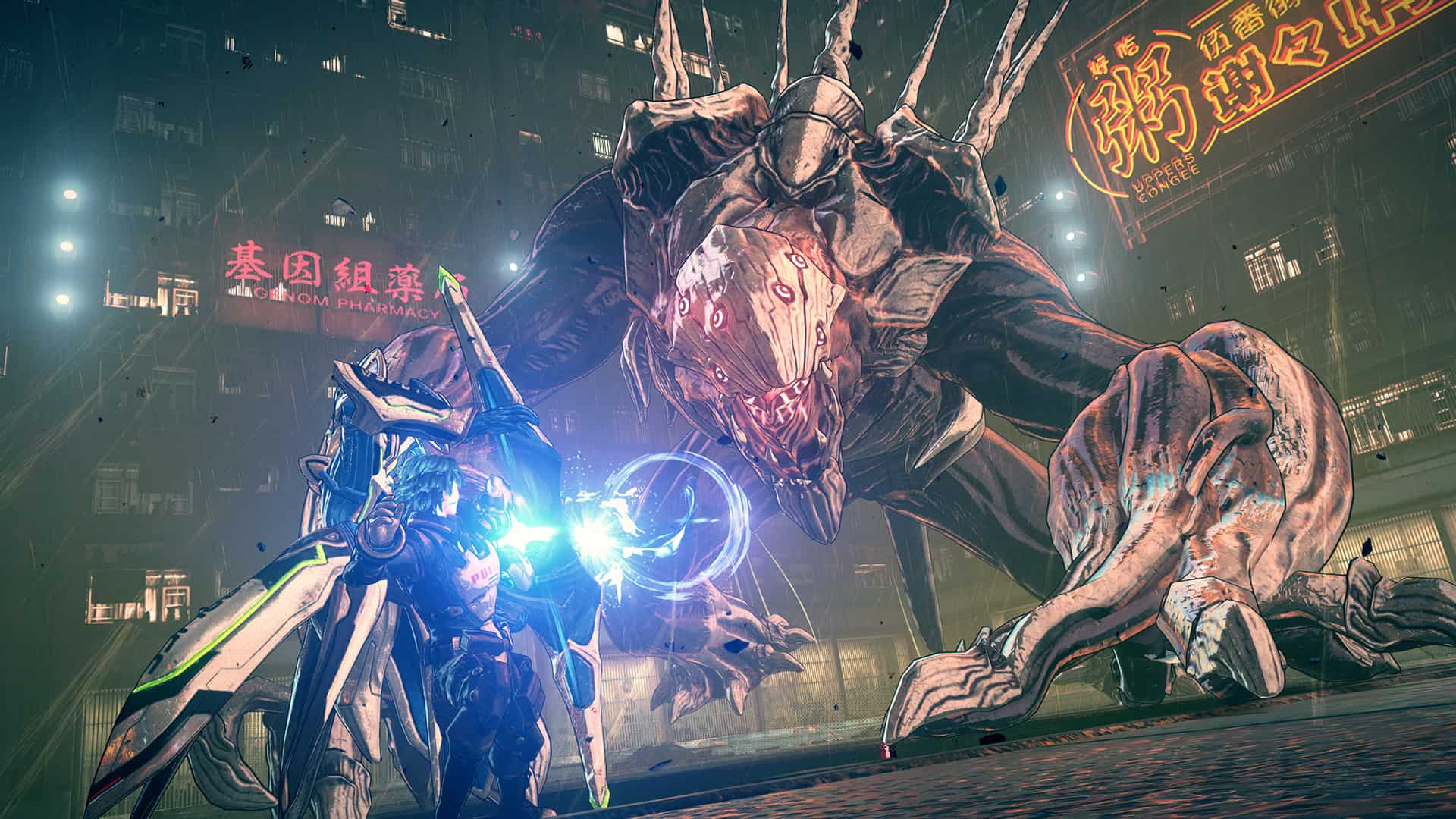 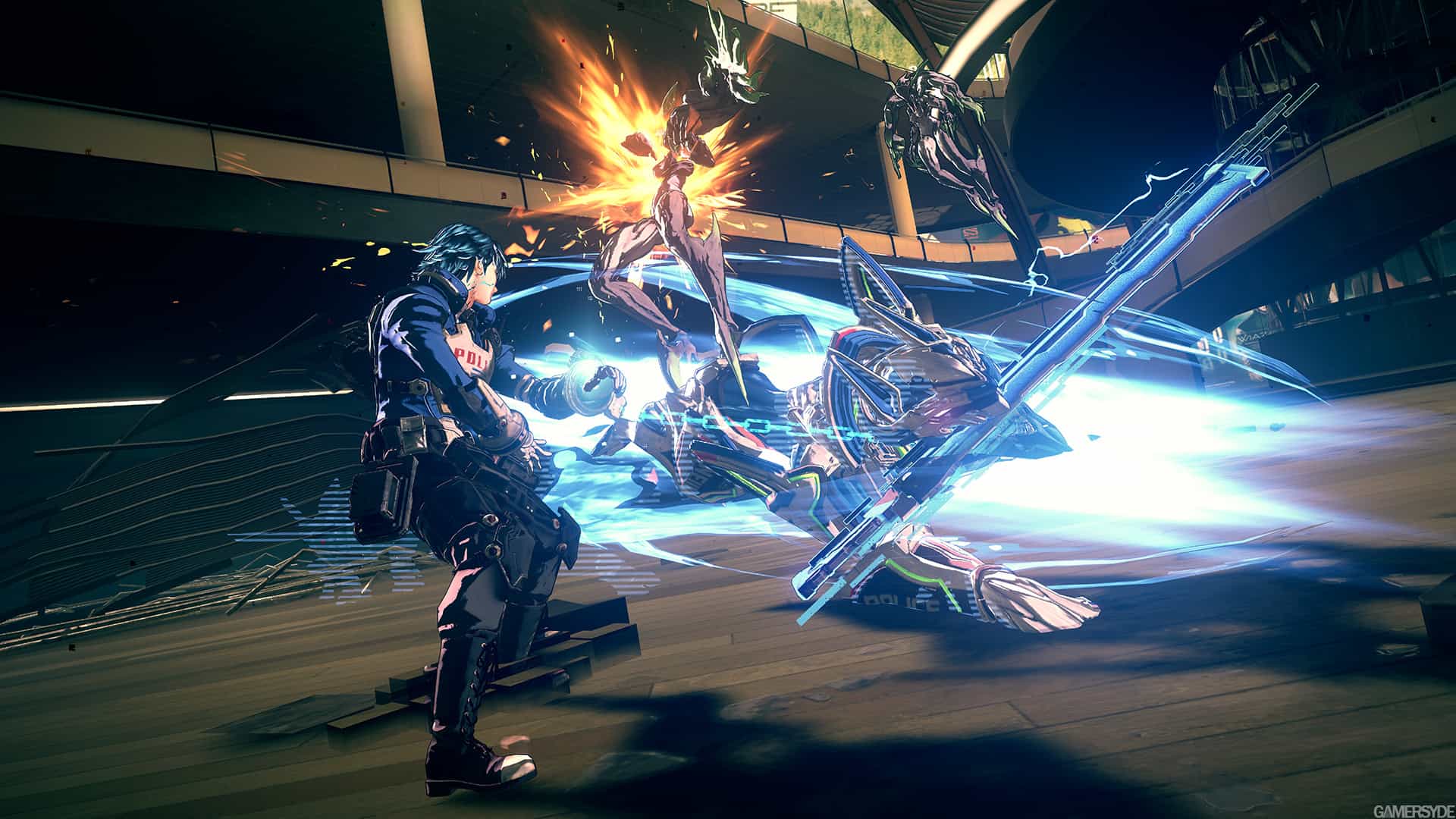 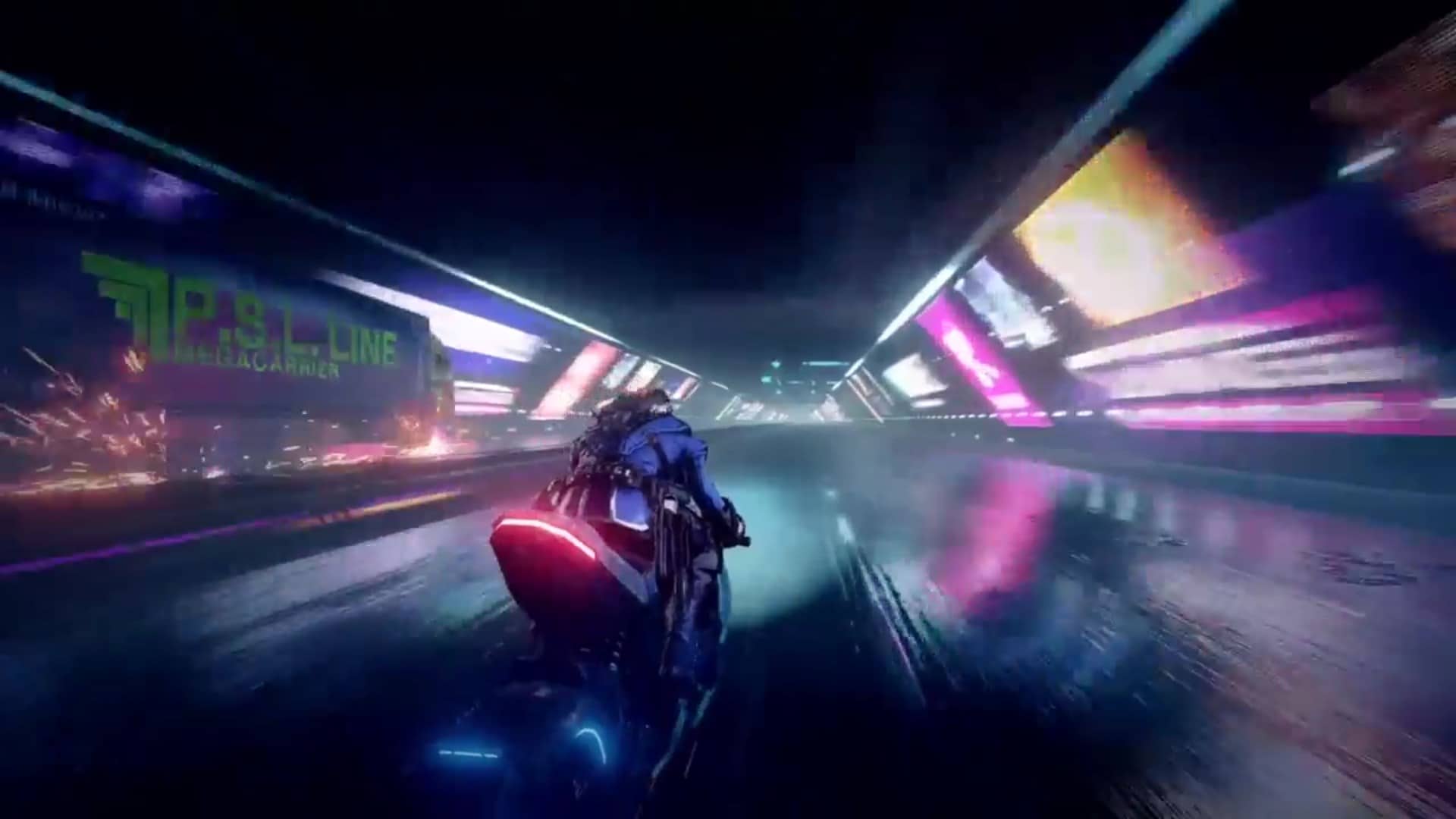 Legions are essential to combat and utilising them effectively is a must if you wish to survive; there are 5 different variants all with vastly different mechanics and attack types. Legions are even used outside of battle to assist you in cleaning up “red matter”, getting to areas otherwise unreachable, and even aiding in your investigations.

This unique legion mechanic provides more of a strategy element to the combat overall. You press ZL to summon your legion, and holding the ZL button whist moving the right analogue stick allows you to move the legion around as you please. This comes in handy as you need to use this to perform certain moves like circling an enemy to bind them in place allowing for a barrage of attacks to be launched, or by making a clothesline of sorts for enemies that rush you so that you catch them in the chain and fling them through the air as a counter type move.

Another element that I must praise is the music of this game, which ranges from epic orchestral arrangements to more digital inspired themes. A personal favourite of mine being the background music that plays whilst you are within the Neuron HQ.

Speaking of the Nuron HQ, this is a place you will visit often, mostly in between missions and acts as your homeworld hub. You can purchase healing and support items to take into battle, customise your clothing and character, customise your legions colours and practice the various combat mechanics to hone your skills even further. There is a character named Lappy at HQ that I grew to be quite fond of for the silly and outright ridiculous interactions I would have during my time at the facility.

There is a lot to see and do in Astral Chain and I constantly found myself encountering interesting characters (visit the restroom in the HQ), bumming around the various HQ areas and speaking with all of them never got boring as there was always something new to see and do, and the overall level of detail provided to this setting and world had me wanting to go back for more every time I had to put the game down.

The graphics and world-building on display are second to none, and whilst I will not spoil major elements of the game, I can safely assure you that this is one title I really had a hard time putting down. One of the few downsides that I found was your protagonist follows the typical silent approach, where characters will talk to you and basically respond to their own conversations. I just can’t help but feel that the main playable character should have had a voice as well.

Astral Chain is an impressive, gorgeous and ludicrous game that provides hours of enjoyment. There are times where the non-action moments linger just a little too long in typical anime fashion, but the unique combat mechanics, visuals and superb soundtrack coupled with the interesting cast of characters equal to a title I would be hard-pressed to not recommend. If you are not a fan of JRPG type games, this may not be for you as there are elements that are very “Japanese” in their execution, similar to the Persona series, but if you own a Switch I would say that this has to be a must-own in every way.