It takes just a beat. I stop in my tracks and I look around the room. I know I’ve been here moments ago but the hallway I just walked through can’t have looped back like that. Wait, didn’t I exit through the door I just entered? Who was that janitor, was he even real? Was that lift always there? This all happens within minutes of starting Remedy Entertainment’s newest release, Control, and it sets the tone for the rest of your time in this reality bending romp through the FBC, the Federal Bureau of Control, which needs help now more than ever.

For those unfamiliar with the developers, Remedy has made a name for itself with some stand out titles. With a focus on interesting narratives and solid third person action they created a cult classic with Alan Wake and while Quantum Break had a less fervent response it still brought some great ideas to its gameplay.

Control acts as the perfect marriage between the darker narrative of Alan Wake and the bombastic abilities of Quantum Break. Control however is more than the sum of its parts and creates an intriguing experience all of its own against a confounding, mysterious and alluring backdrop.

You play as Jesse Faden, you’ve wandered into a building no ordinary person should be able to find in the heart of New York. As you approach the reception though it becomes immediately obvious that something has gone wrong. As you delve deeper into the building you discover you have entered The Oldest House which is home to the Federal Bureau of Control, an organization tasked with handling paranatural events across America, think things like Fringe, X-Files or Stranger Things. You also encounter an otherworldly threat known as “The Hiss” who have infected a large majority of the staff here and the building has sealed itself until the threat can be contained.

Shortly after arriving you have discovered an immunity to the The Hiss’ compelling pull, have armed yourself with a gun not of this world and inadvertently become The Director of the FBC, like pulling Excalibur from the sword. From here you will need to uncover the secrets of the The Hiss, The Oldest House and even Jesse’s history and how her past is intrinsically tied to the FBC. 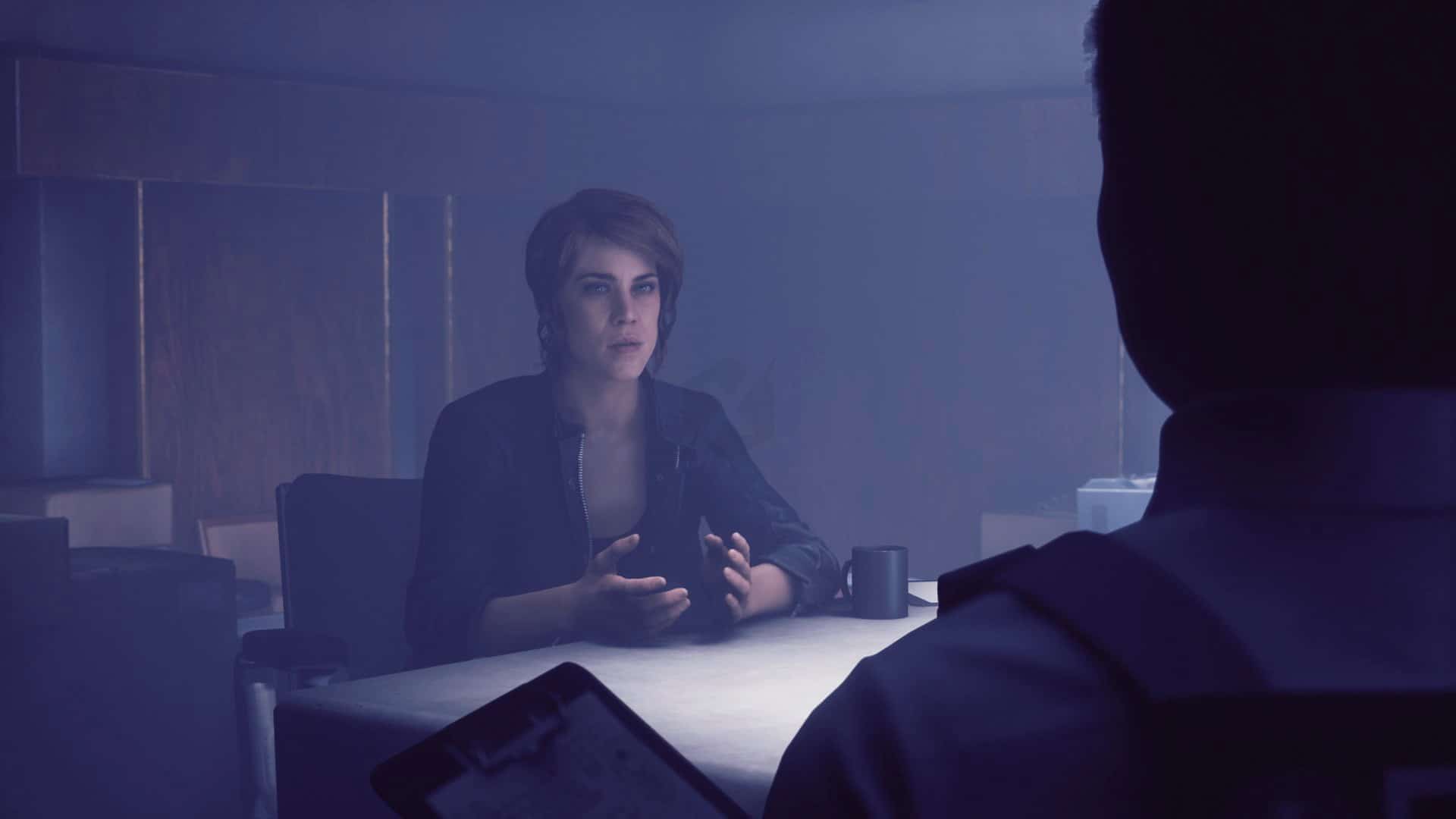 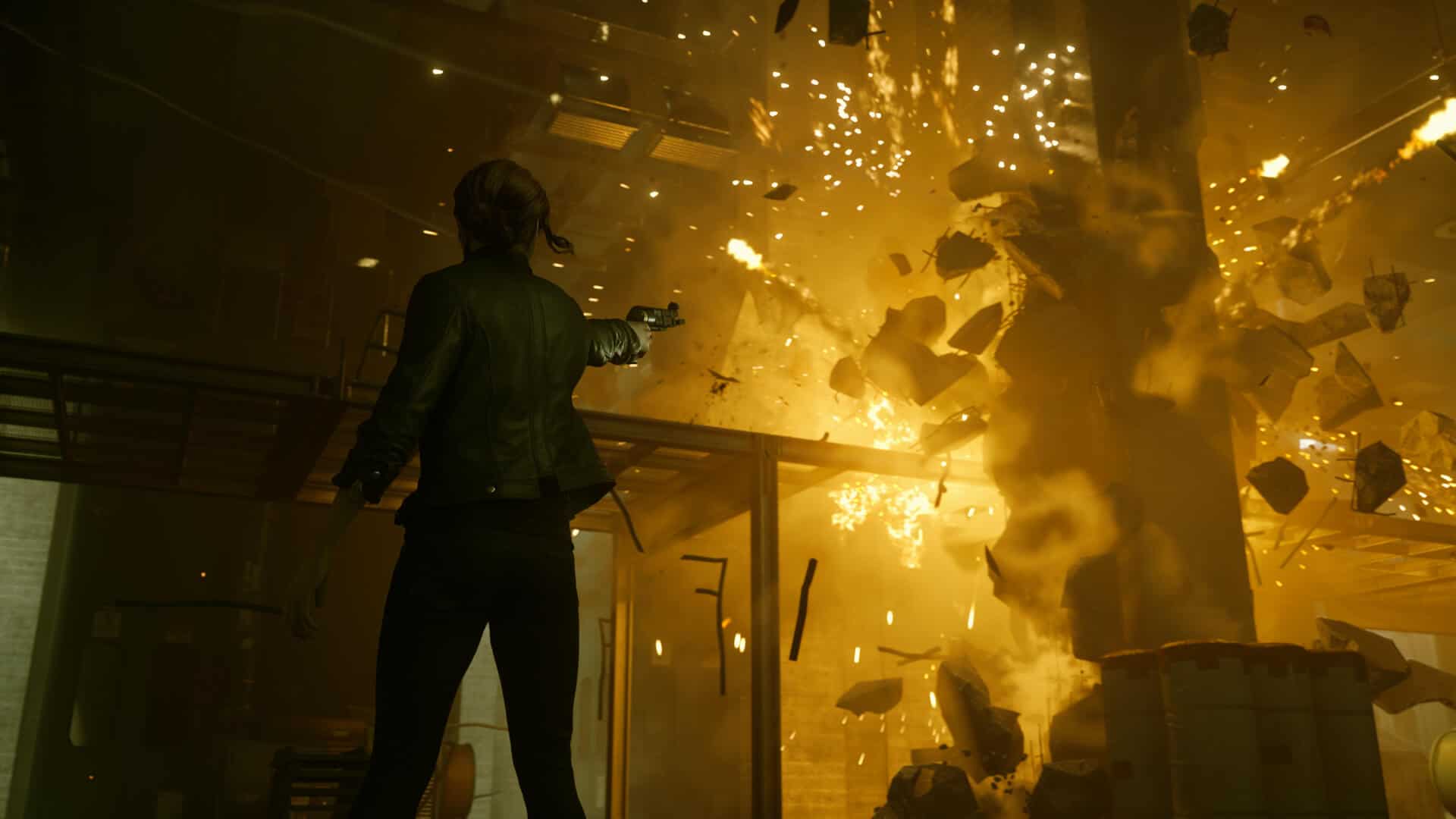 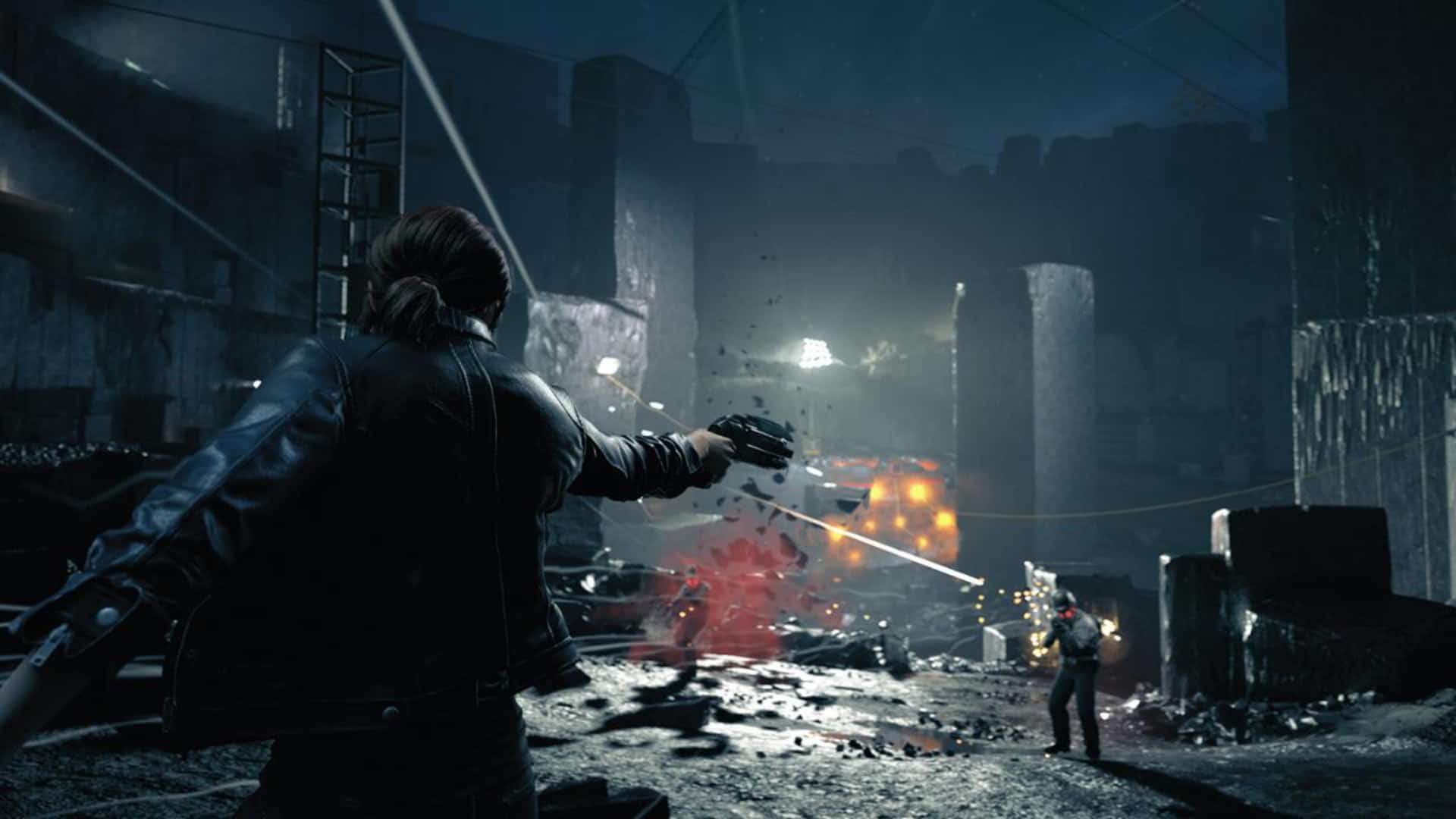 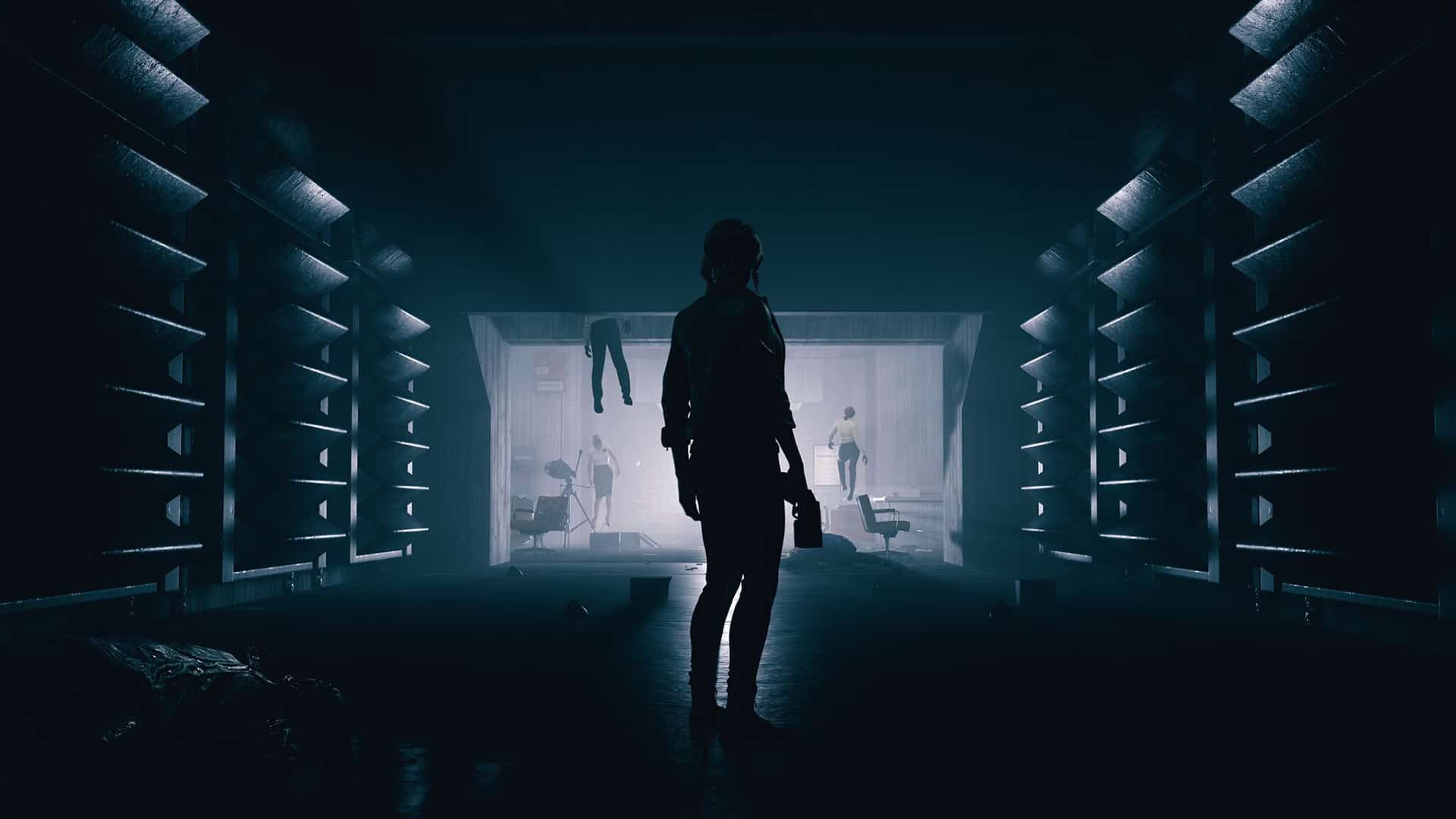 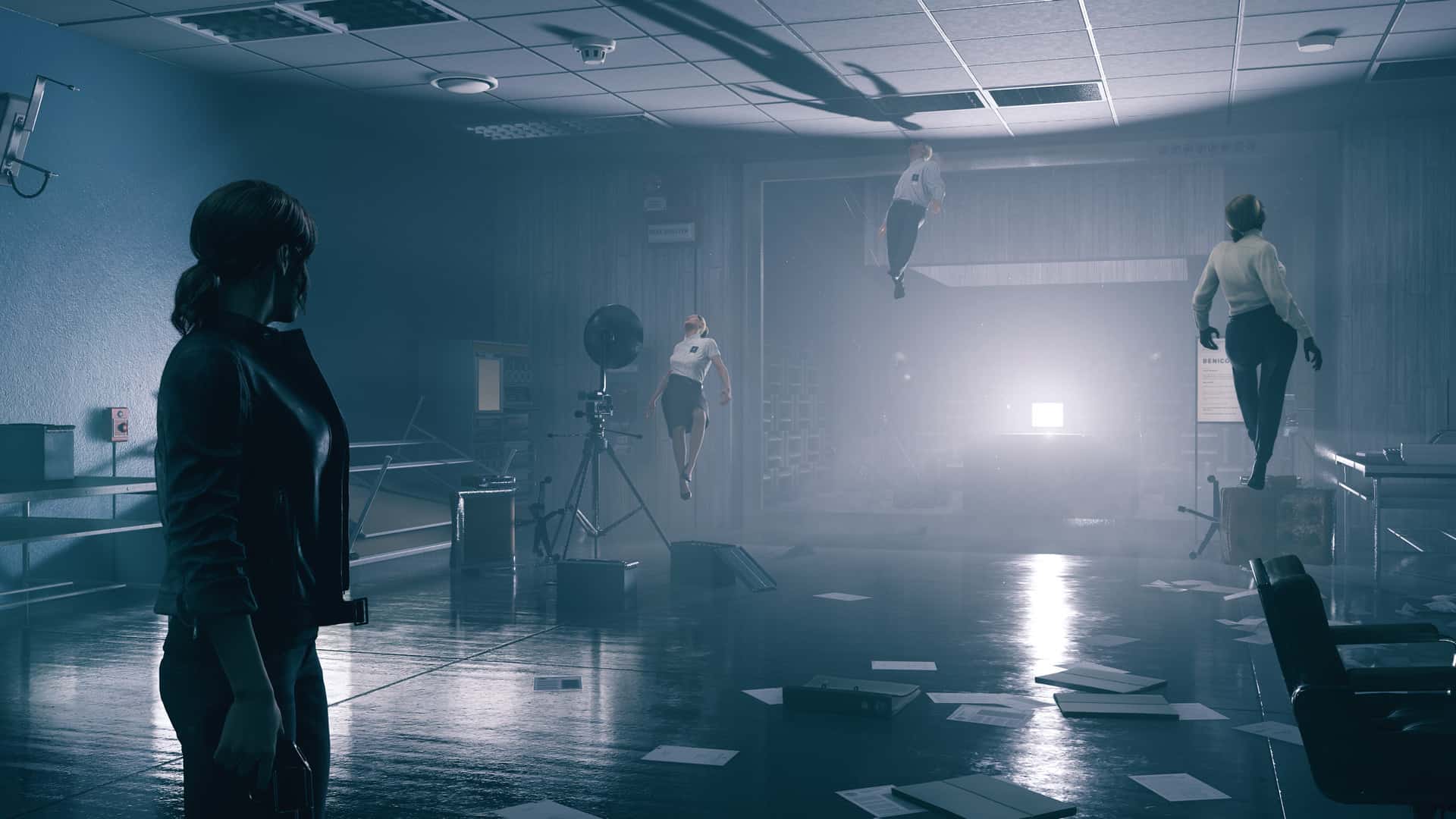 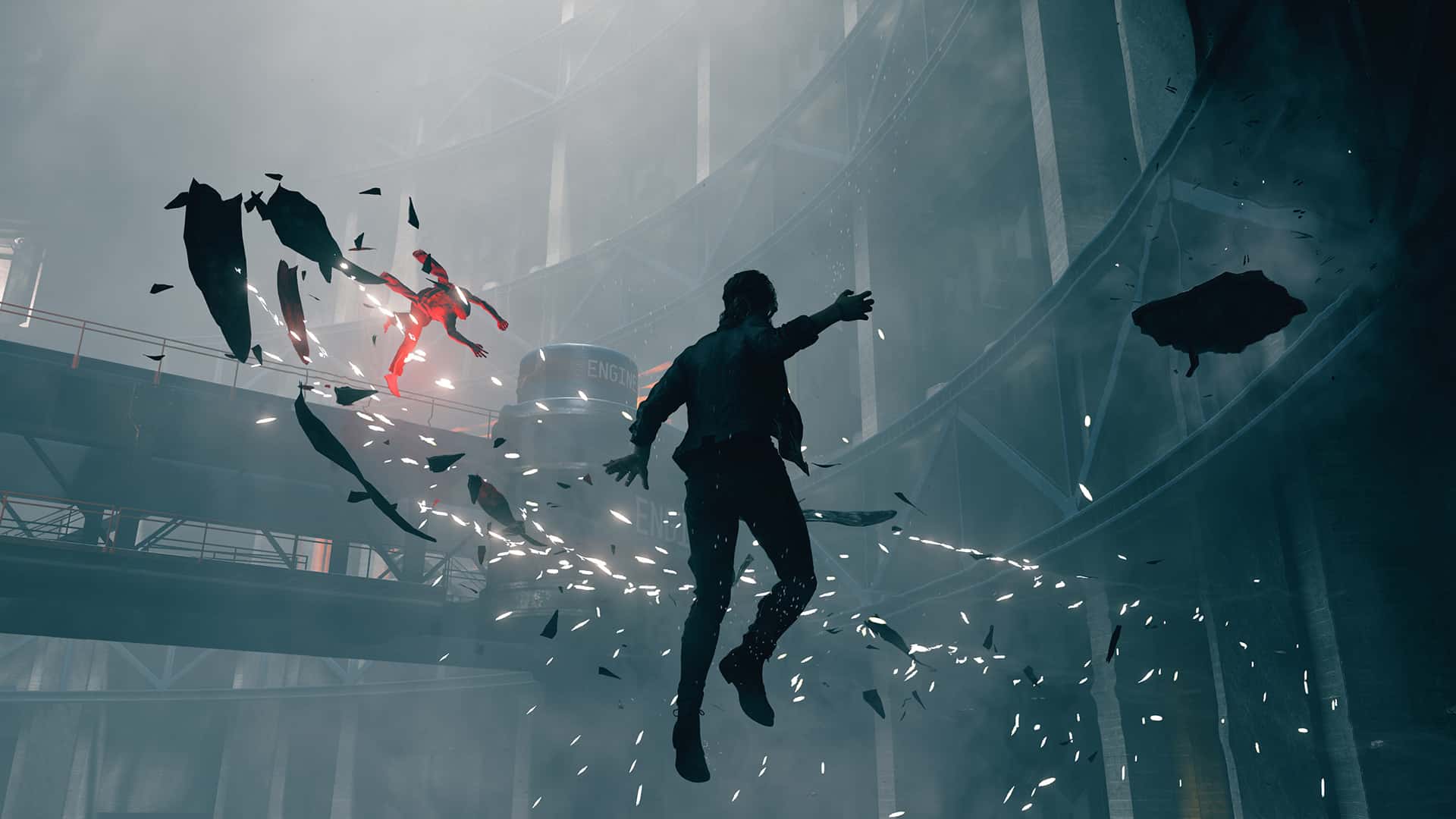 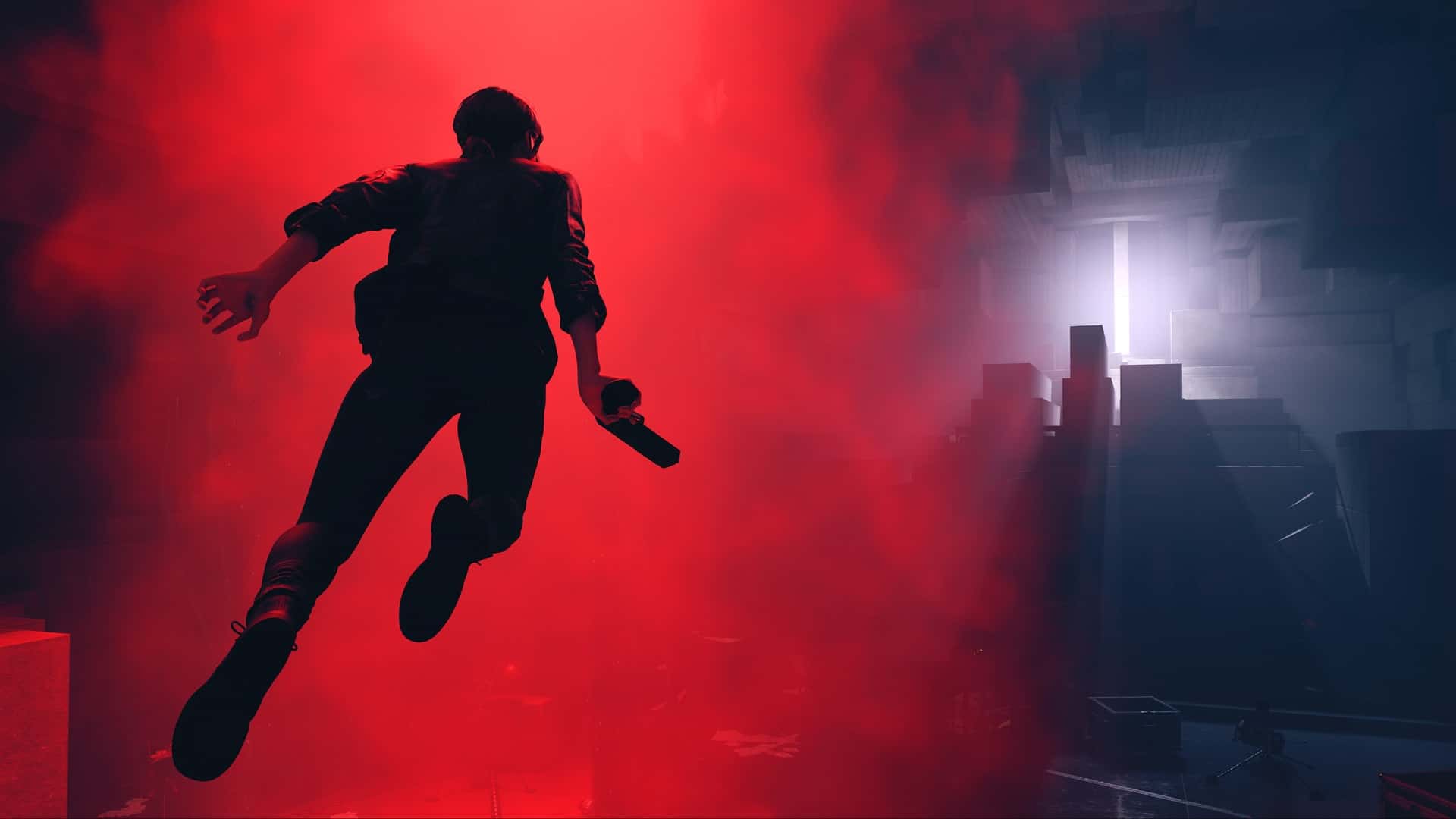 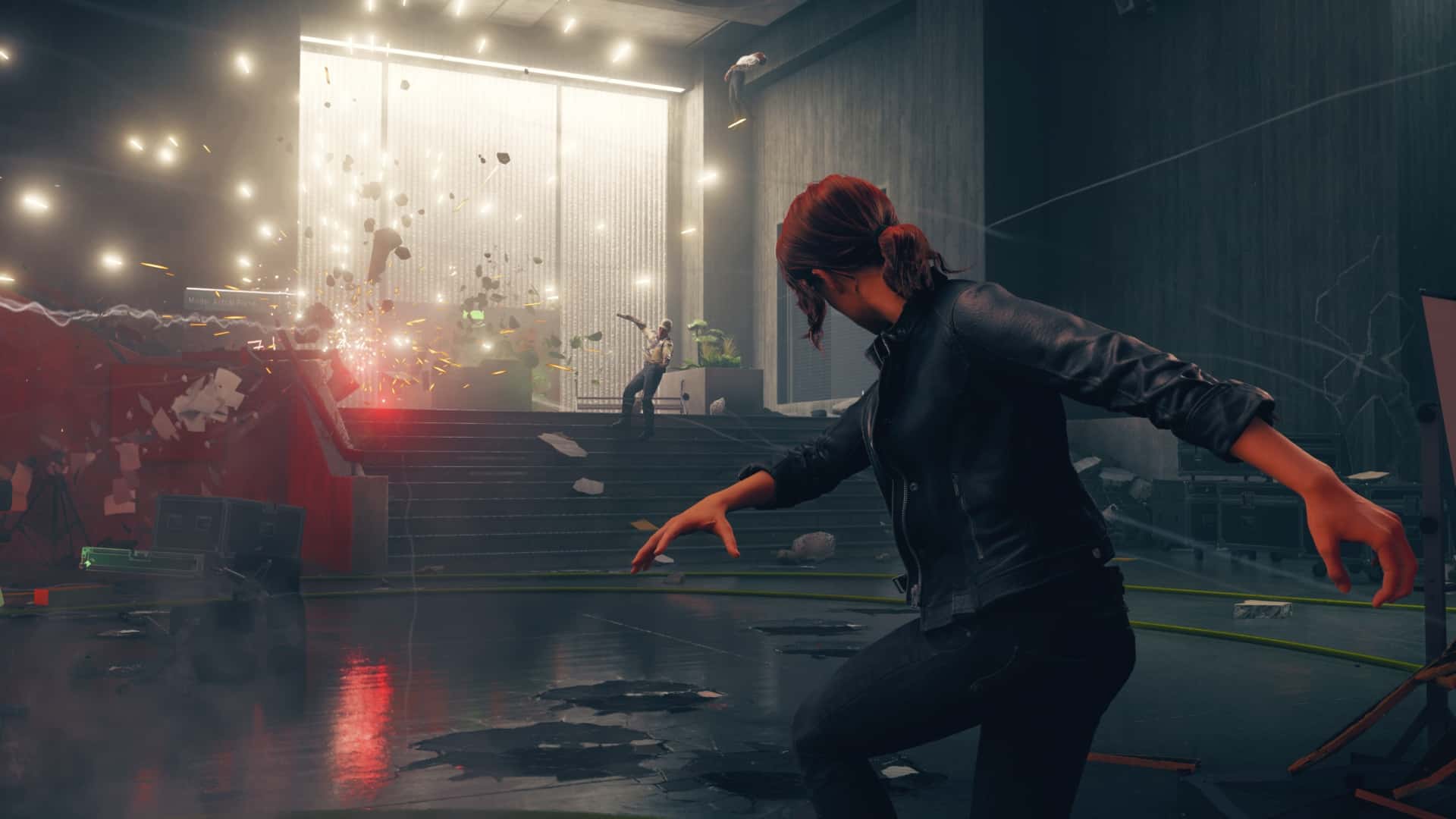 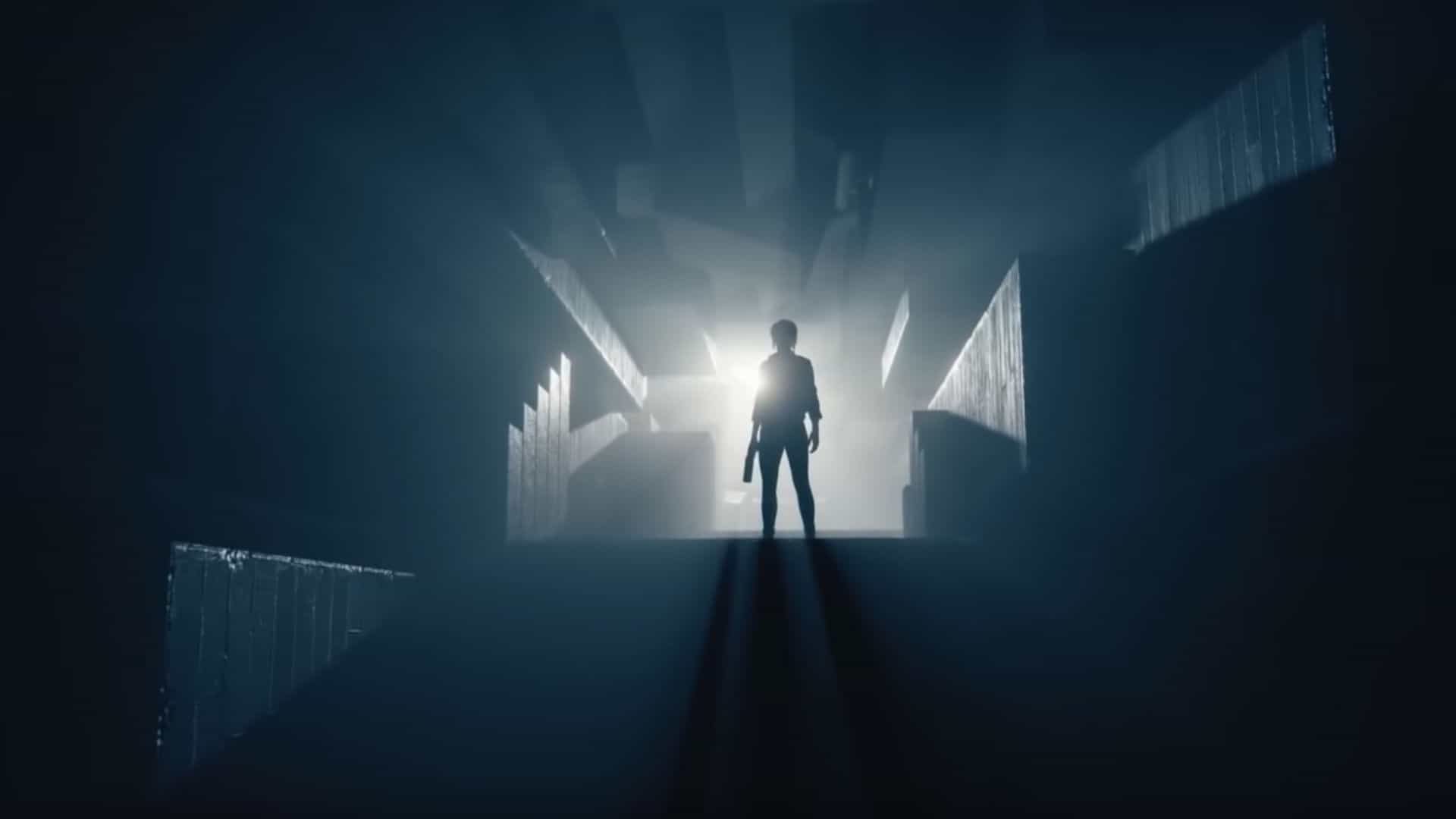 The gameplay for Control will feel fairly familiar as a third person shooter. Unlike a lot of the previous games that have used this gameplay angle this is less about taking cover though and more about juggling approaching enemies while staying on the move. You will be swapping your attacks between your ever-shifting hand gun that has regenerating ammo and an array of special abilities. This will range from flinging nearby objects, creating a shield from debris, and more. Your hand gun comes with multiple modes to swap between  across the basic gun styles; standard hand gun, shotgun, sniper, and others, always swapping the shape of the one weapon-like geometric art piece instead of actually swapping your gun.

Plenty of games have handled the dichotomy of gun play and ability focused combat, where Control gets it right is that it all feels so easy to wield. The gun forms and abilities are always kept very simple, even with their upgrades, so the button mapping feels intuitive. In the middle of heated combat you are flinging yourself into the sky, bringing up a shield and firing a volley of shots at the enemy without even thinking, it just becomes second nature which is a necessity for fast paced action like this.

Aside from the reasonably sized main quest the game will occasionally throw up some side missions for you to complete. These will help expand the world you’re in and introduce you to your cast of supporting characters as for the most part Jesse operates alone. Unfortunately one or two of these might just rub elbows with a fetch quest but they at least offer a little more of a scavenger hunt style challenge so you never feel bored by them and they will usually help you uncover areas you’ve yet to visit.

You will also have alerts appear in other areas of the Bureau that will need your intervention, from protecting staff to hunting down bounties, this can thankfully be ignored if you want to focus on more pressing matters without punishment but it will grant you some extra materials for upgrades. There is also some special tasks you can do for The Board, an interesting bunch, and you can pick three of these to work on as you play. These are your standard “kill this many enemies with this weapon” and such so you’ll not need to exclusively focus on these unless you really want to and just chip away at them as you go. The save point fast travel also helps you navigate these as it means you can quickly jump to them from another save point without having to trek back through the halls of The Oldest House.

When I first saw the trailer for Control at E3 I called it my best in show and that was almost exclusively based off of the look of the game. Every box is ticked here for me. The fantastic use of light in the Brutalist architecture is only increased as the ever changing world begins to fold in on itself. The impossible space inside The Oldest House makes for exciting twists and turns as you progress through the Bureau’s departments that you’ll become very familiar with as you loop back to previously inaccessible areas to uncover some other horror or mystery the building has been hiding from Jesse.

“There is something fundamentally intriguing about setting the unknown against the backdrop of the banal tedium of everyday life.”

These horrors and mysteries behind closed doors exist to create fantastic world building. There is something fundamentally intriguing about setting the unknown against the backdrop of the banal tedium of everyday life. Look to the popularity of cryptids and Creepypasta. The horrific strangeness invading the world we know all too well leaves us questioning even the smallest aspects of our own reality. The side mission that saw me being stalked by a rubber duck that would occasionally send out an ominous quack gave me goosebumps more than any zombie ever has.

Alongside the story of the unimaginable there is a story of a new generation fixing the mistakes of their predecessors, the old guard being challenged by a new way of thinking. Whether intentional or not Control plays with themes of women in the workforce. Dealing with an established boys club, the upper management featuring only one woman who is painted as stone cold against her male colleagues. It’s because of this that the no nonsense Jesse is the perfect antithesis for the benign establishment, ready to make a change.

When God of War took our 2018 Game of the Year at Checkpoint we discussed the idea of cinematography in gaming and it’s importance. Not every game gets it but I see those same skills used here, colours, framing, lighting and camera angles are used expertly. There is a feeling throughout Control of it being somewhere between Inception and Twin Peaks, the imagery is stunning and the solid voice acting is aided by writing that is nuanced and smart. There are a few narrative beats that I expect the game to hit that it manages to navigate around leaving you guessing about the twists and turns until the very end. This strength most likely comes from the teams history actually incorporating a TV show to accompany their time bending game, Quantum Break, and that production pedigree shows without anything ever feeling heavy handed. 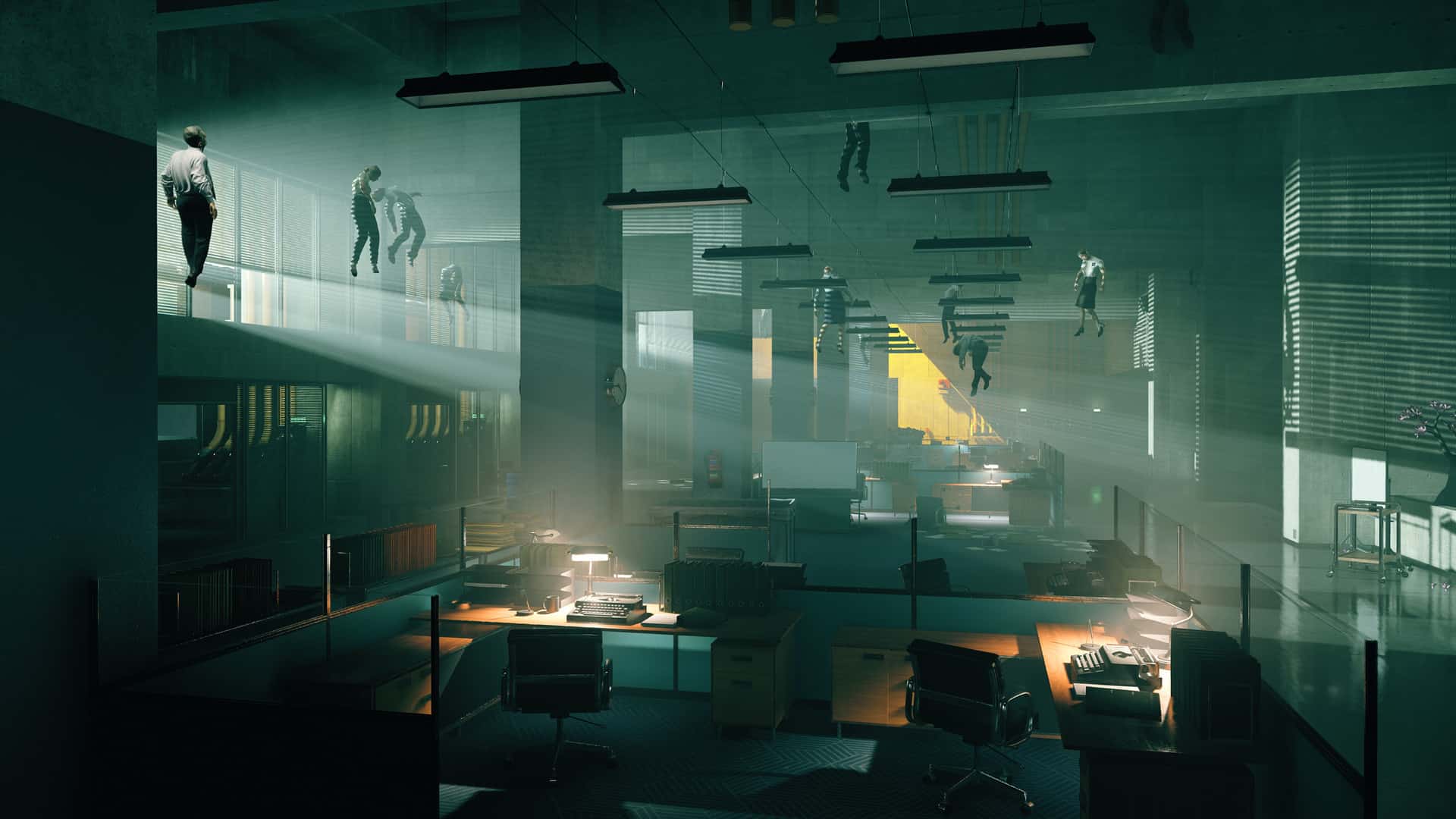 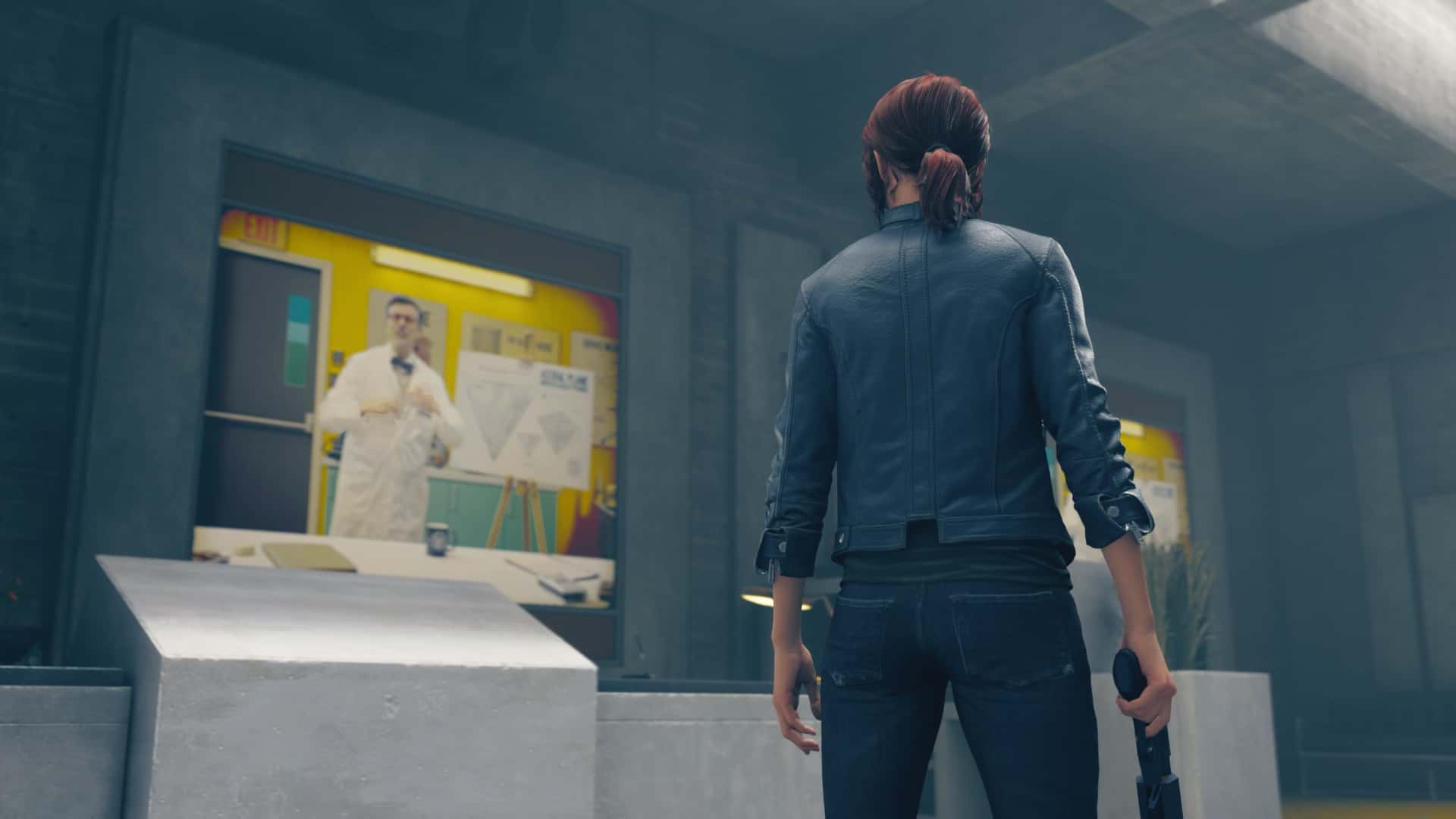 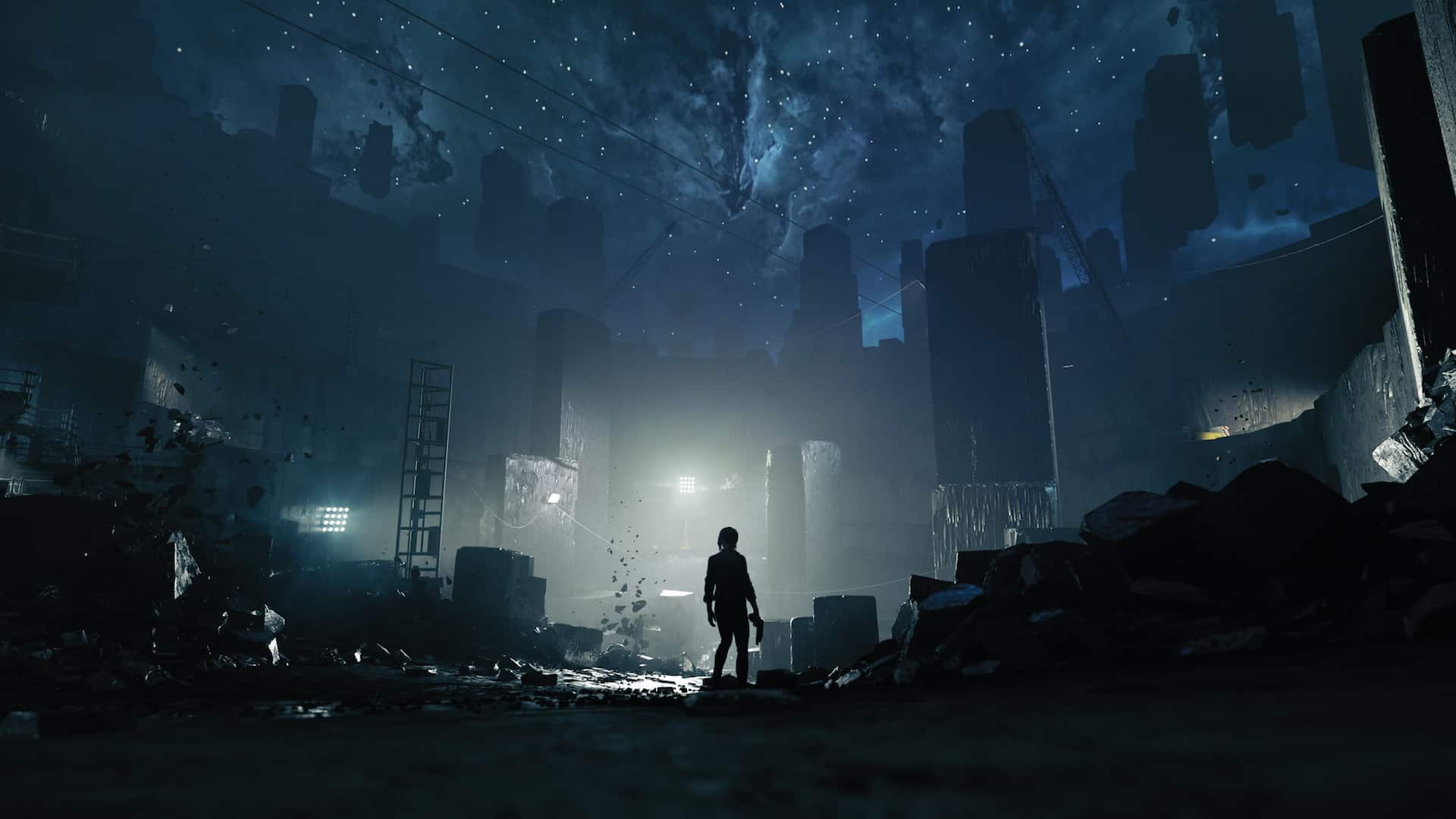 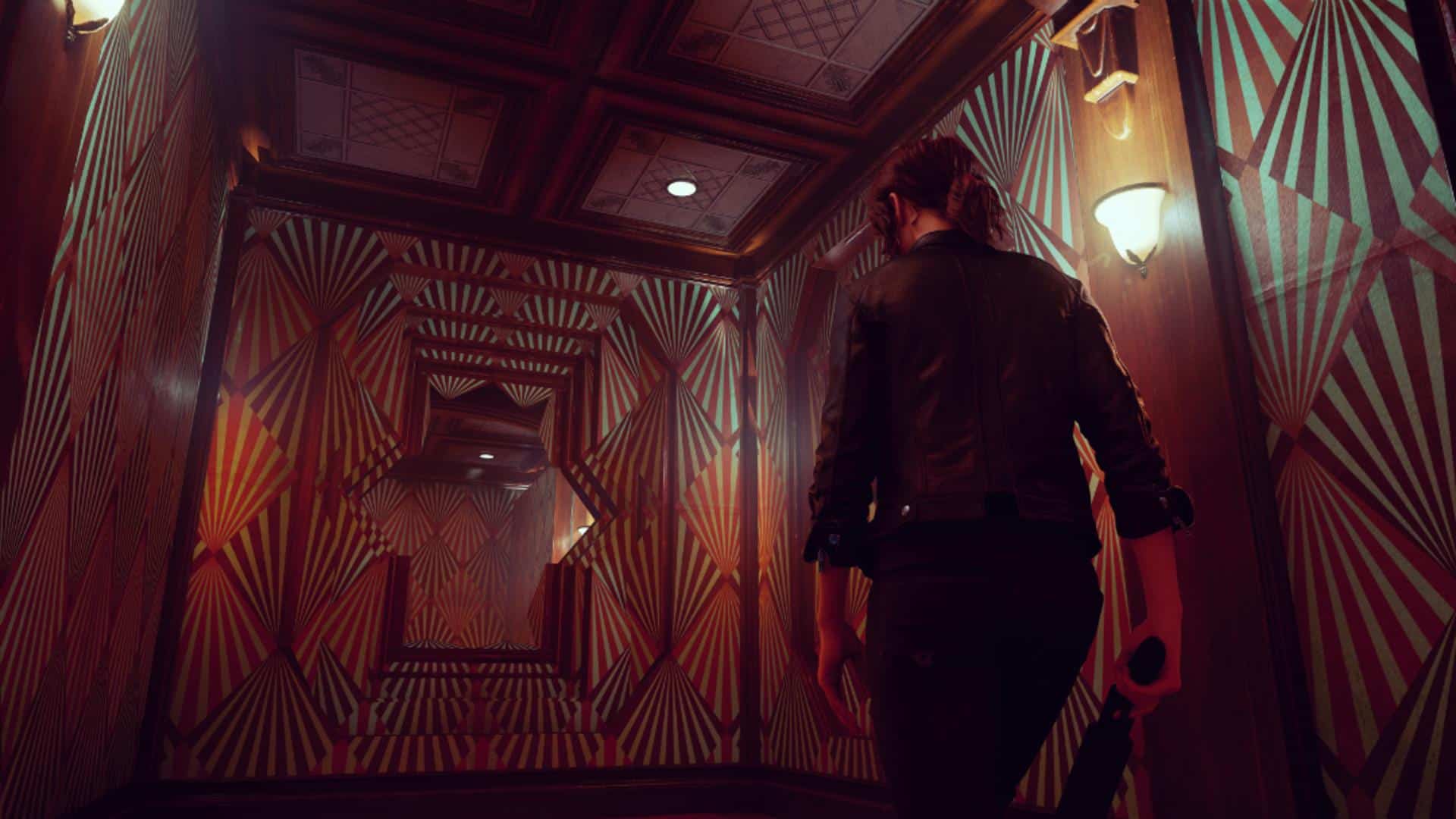 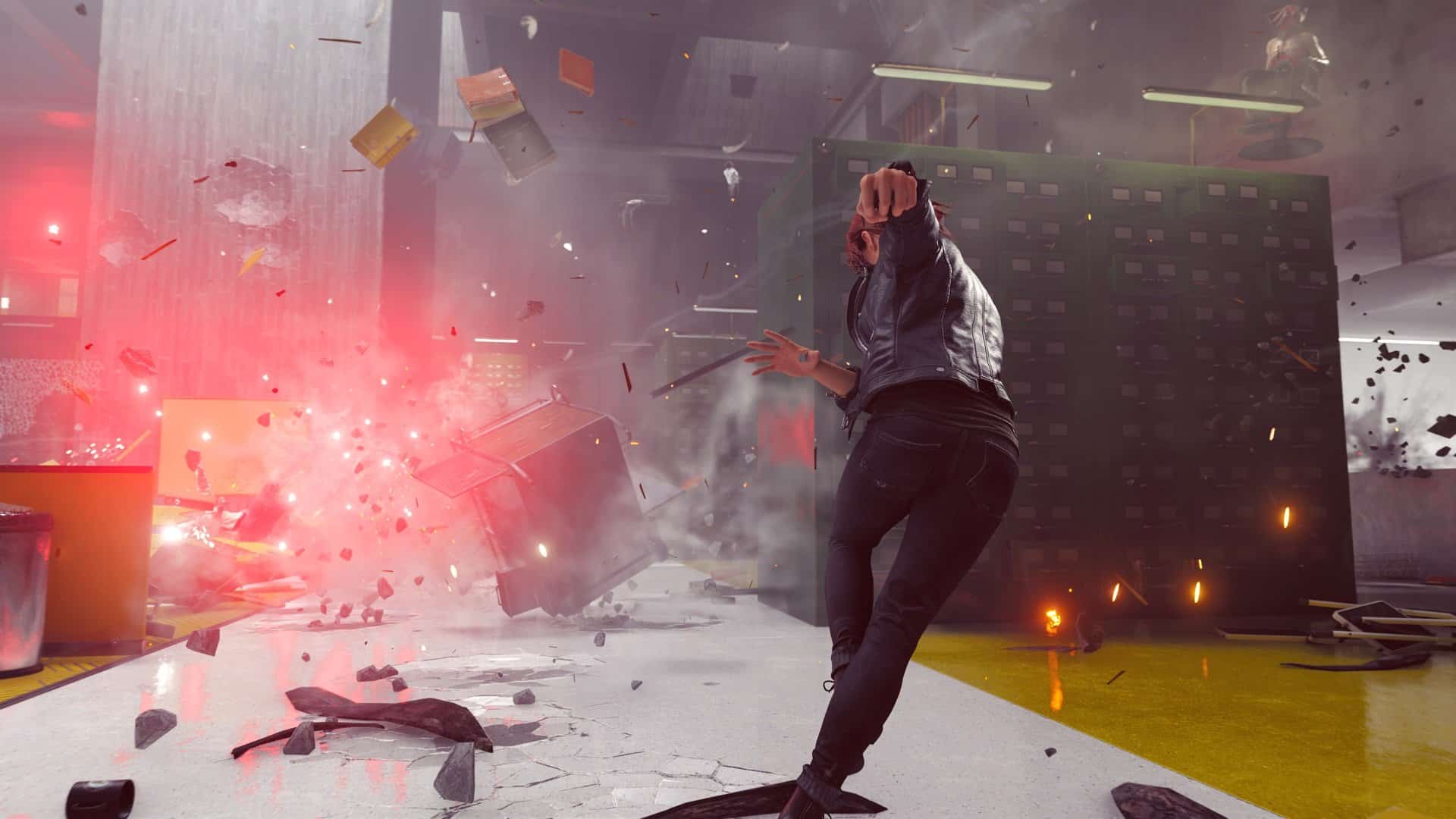 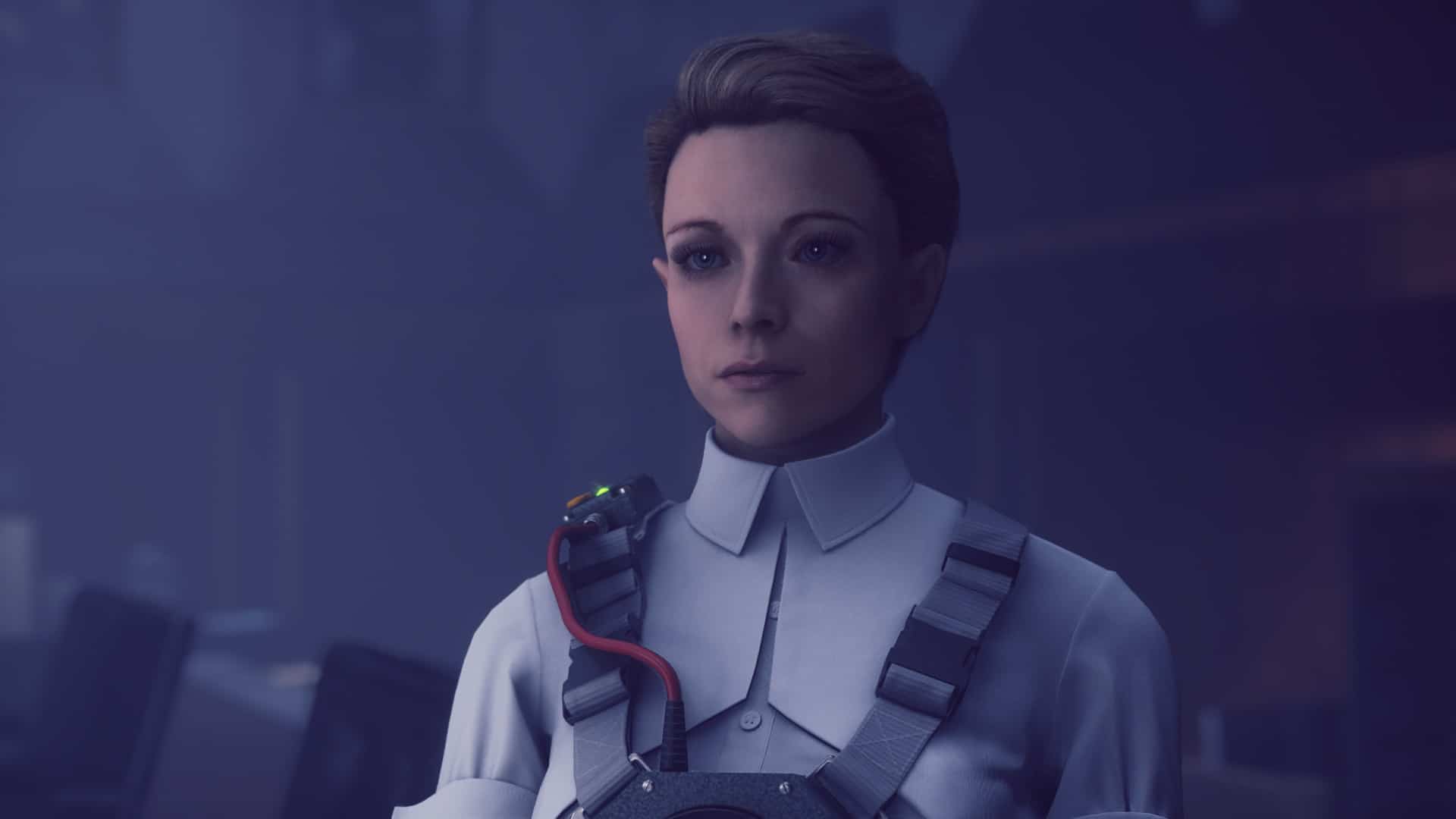 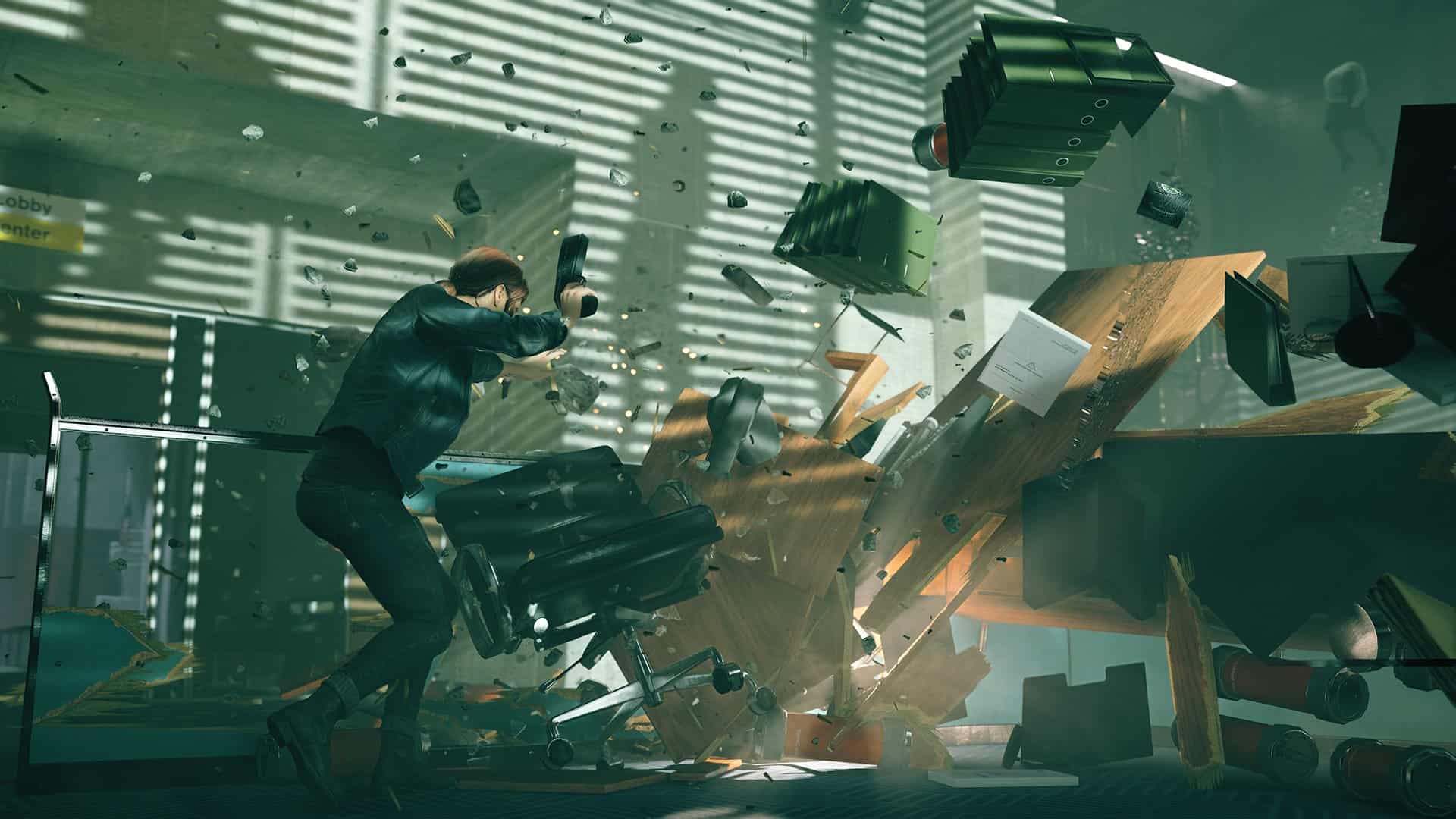 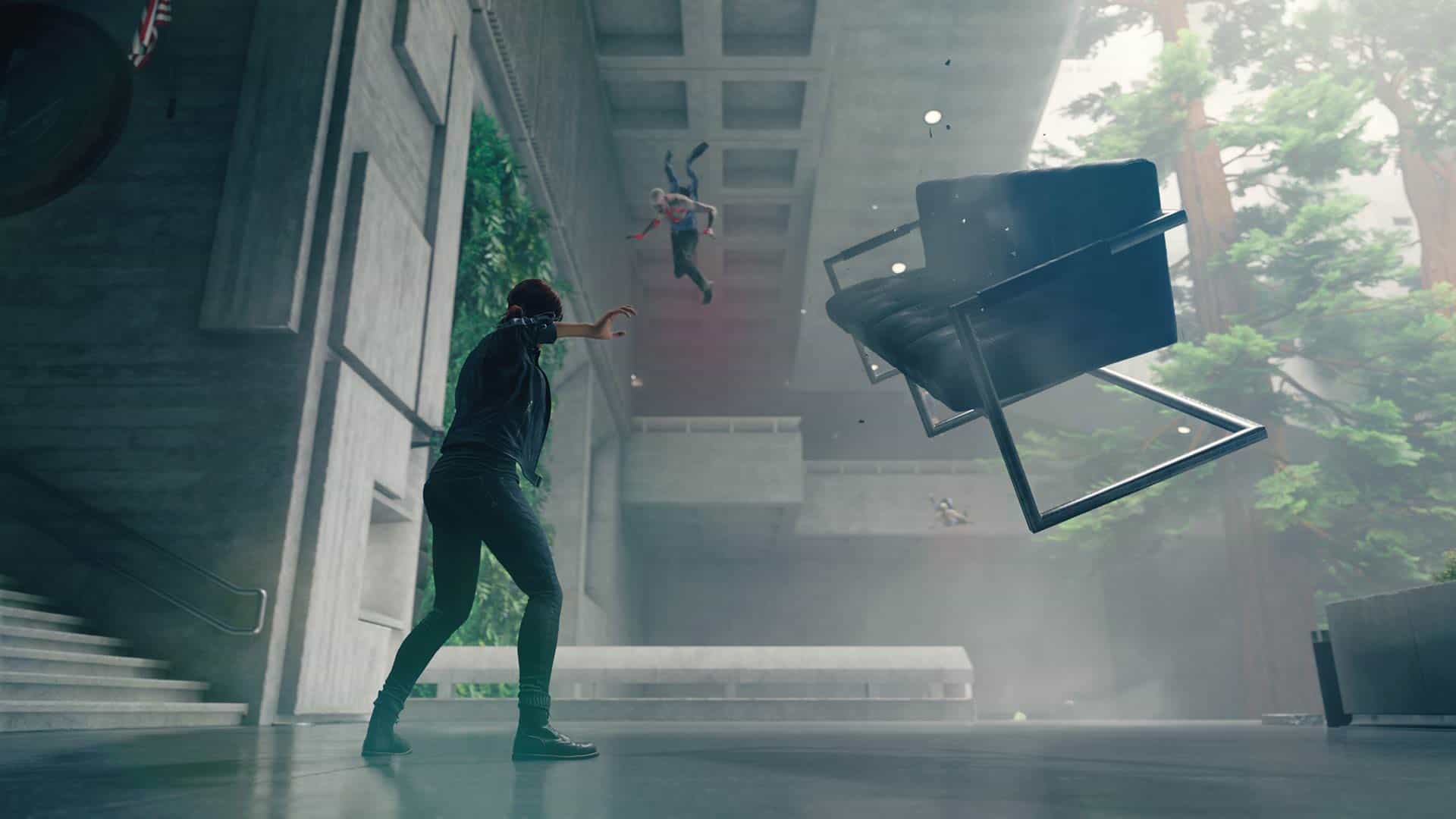 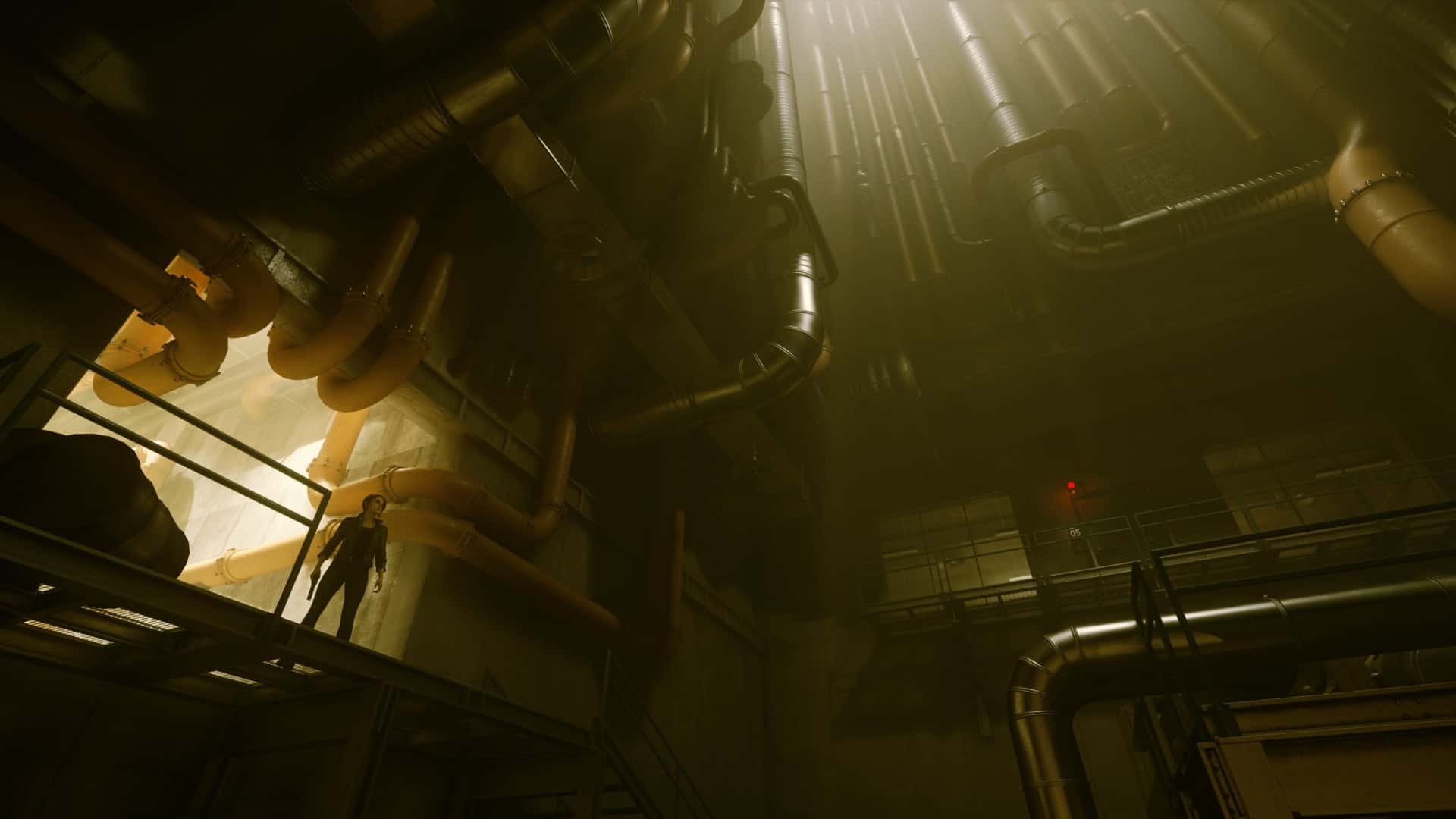 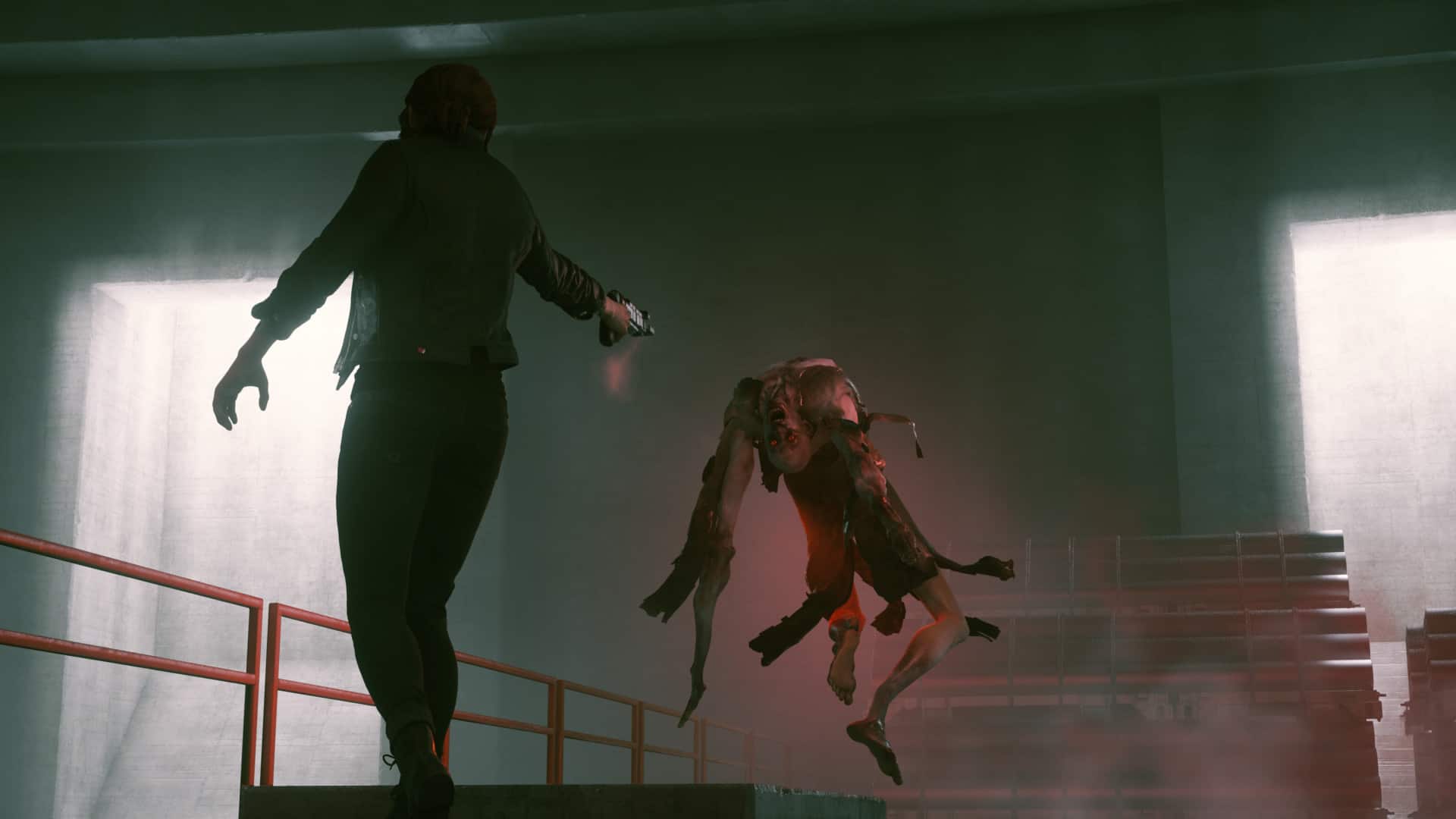 The uncertainty the script presents is through the whole game, there is something refreshing about the infrequency of enemy spawns through the title, it is a weird thing to notice but it really stood out to me. You can enter the same room five times and only one time will the enemy appear, but sometimes it might be three out of five. Pair this with the combat offering an actual challenge for the most part, never overpowering Jesse, you can be caught off guard and you’re never just burning through fights on autopilot which results in your brain never fully switching off, even in familiar territory.

Unfortunately once or twice I did have some frame rate issues. This seemed to occur when leaving the pause menu and when the fights got a little full on with the particle effects flying left and right. Thankfully it looks like there is a day one patch to specifically deal with this and alleviate literally my only negative experience with the title. The reality is that even this was so minor and the rest of the game is so strong that it hasn’t diminished my joy or passion for this intriguing title that I can already tell I am going to start playing from the beginning again as soon as I stop writing this review. Looks like I’ve got a new obsession folks.

I’m a simple man, I like my games well written, their worlds interesting and their game play fun. Control more than accomplishes this. A world steeped in intriguing ideas and style I have been excited for Control since we first saw it years ago—the wait has been agonising but the payoff has been spectacular and I cannot sing the praises of this entry loud enough. Remedy Entertainment had already established themselves as skilled story tellers and that title remains in tact with this dive into the depths of the unknown world, just sitting there, in the corner of your eye. Now excuse me as I interrogate my rubber duck, it’s been looking at me in a shifty manner from dimly lit rooms and I think it’s planning something.