Life is Strange 2 has been a game of strong highs and miserable lows. With each good episode came a poor episode; with each emotional character moment came a weak dramatic confrontation. At the core of Life is Strange 2 is the relationship between Sean and Daniel: two brothers on a pilgrimage though the American wasteland on their way to their family in Mexico.

Episode 4, ‘Faith’, is a strong episode. It leans heavily on the burden of responsibility, the struggle of separation, and the hopelessness of loss. It tears at the player’s heartstrings with crippling defeats and unexpected breakthroughs, with each key piece of the puzzle clicking together wonderfully to create a 3 hour emotional rollercoaster that I did not want to end. A far cry from my feelings regarding some of the previous installments.

As always, I will try and avoid heavy story spoilers in this review and it’s accompanying images.

Episode 4 ‘Faith’ begins with Sean waking up in a coma following the explosive conclusion of the Episode 3. He has a serious injury, and is in serious trouble from the law. The FBI have caught up with him, and its time to face the consequences of the events way back in Seattle.We meet Detective Flores and Nurse Joey, two good folk trying to do their job and do what is best for Sean.  As Sean is nursed back to health, he gets word of his brother Daniel’s location, and is beset with newfound determination to reunite his wolf pack and continue their journey south of the border.

With that general overview, I won’t dip too much more into plot. I’ll focus on the standout elements of this episode: character.

The depth to which Sean’s character goes in ‘Faith’ is territory as-of-yet untraveled in Life is Strange; a constant internal monologue grappling with his choices, his role as guardian, and his shortcomings and decision making so far. We see flashes of past friends and family as he seeks guidance from within, which proves to be an effective method of internal struggle in a narrative-based adventure.

It doesn’t stop with Sean, though, as we are introduced to several rich and complex characters in ‘Faith’ that deepen that sense of individuality that has been sorely lacking so far. Sure, we’ve had brushes with quirky or ‘interesting’ people, but not on the level as we see in Episode 4.

“We see flashes of past friends and family as he seeks guidance from within, which proves to be an effective method of internal struggle in a narrative-based adventure….”

This is brought home with the fact that each character’s motivations and desires are brilliantly expressed, leading the player to understand and, dare I say, empathise with both the heroes and villains in ‘Faith’. That’s the special sauce that I believe was missing from Episodes 1 though 3, and I am glad to see that Life is Strange 2 is on the upswing leading into the finale.

I have mentioned in previous episodes that Life is Strange 2 has a hard time feeling anchored in one place; the story, by design, has the main characters travelling to different towns and locales and meeting different friends, enemies, and strangers along the way. Where previously this has felt disjointed and jarring, Episode 4 manages to settle the player in Nevada just long enough to feel connected and invested in the town, community, and plot.

Religious zealots, racist rednecks, and unexpected reunions season the episode with dynamic twists and turns that led to several hours passing before I realised how sucked in I was. It reminds me of playing the original Life is Strange for  the first time; being completely captivated and barreling through all 5 episodes over a day and a half of play. 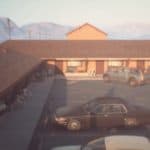 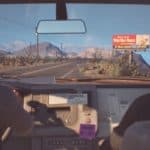 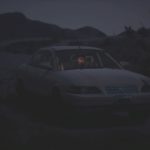 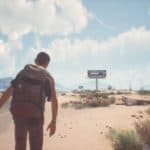 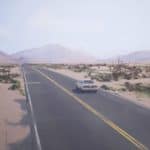 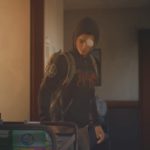 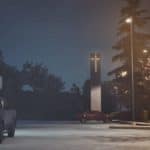 Unfortunately it isn’t all roses and rainbows, though, as sound and visuals are still a bit of a problem in Life is Strange 2. Multiple times my game hitched in menus and dialogue choices, and I’m playing on a brand spanking new PS4 Pro into a 4K TV.  Sound-wise we have the same issues as Episode 3: weak vocal recording, atrocious lip syncing, and dull music choices. Even in the dramatic conclusion to the episode the music and voice performances lack power and delivery, leading to a bit of a dull thud of an ending, regardless of how good the build-up was.

It seems to  me that Life is Strange 2 is going to race into the final episode with vigour and impact, a feeling I haven’t had throughout the series up ’til now. ‘Faith’ hits some major highs as far as character development and plot goes, and foregoing some sound and music shortcomings I feel that, once all is done and dusted, players will look back on Life is Strange 2 with fondness and respect… unless they butcher the conclusion!